These ridiculously expensive federal projects prove that government waste comes in all shapes and sizes. 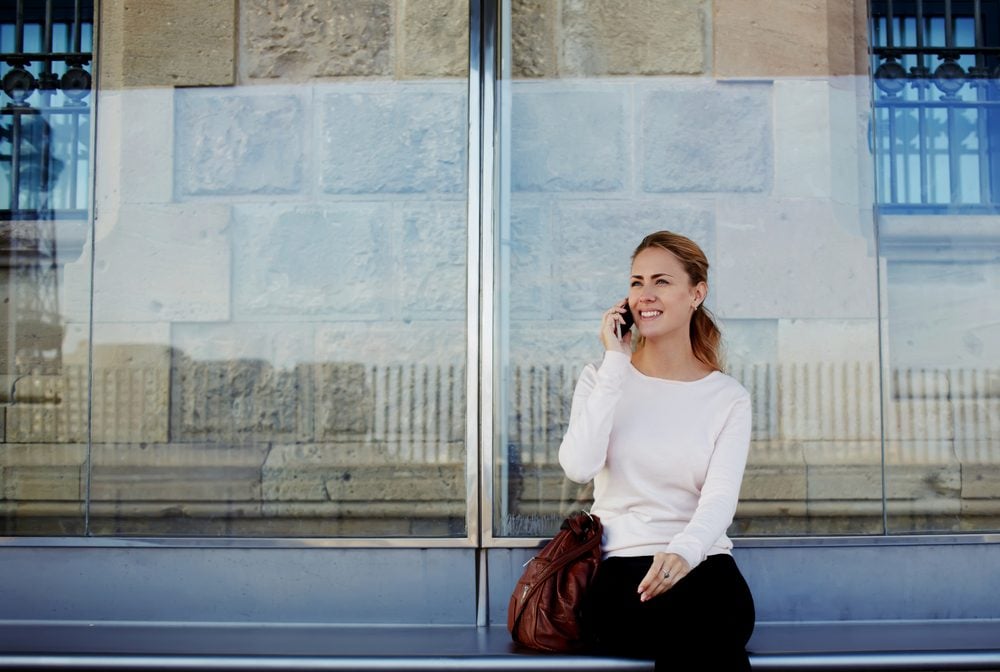 In 2013, Arlington County, Virginia, received federal funding to build a luxury “SuperStop” bus stop complete with Wi-Fi, heated benches and sidewalks, and a steel-frame roof. Too bad said roof doesn’t do much to keep out rain and snow, or provide shade in the summertime. “If it’s pouring rain, I’m going to get wet; if it’s cold, the wind is going to be blowing on me,” a county board member told the Washington Post. 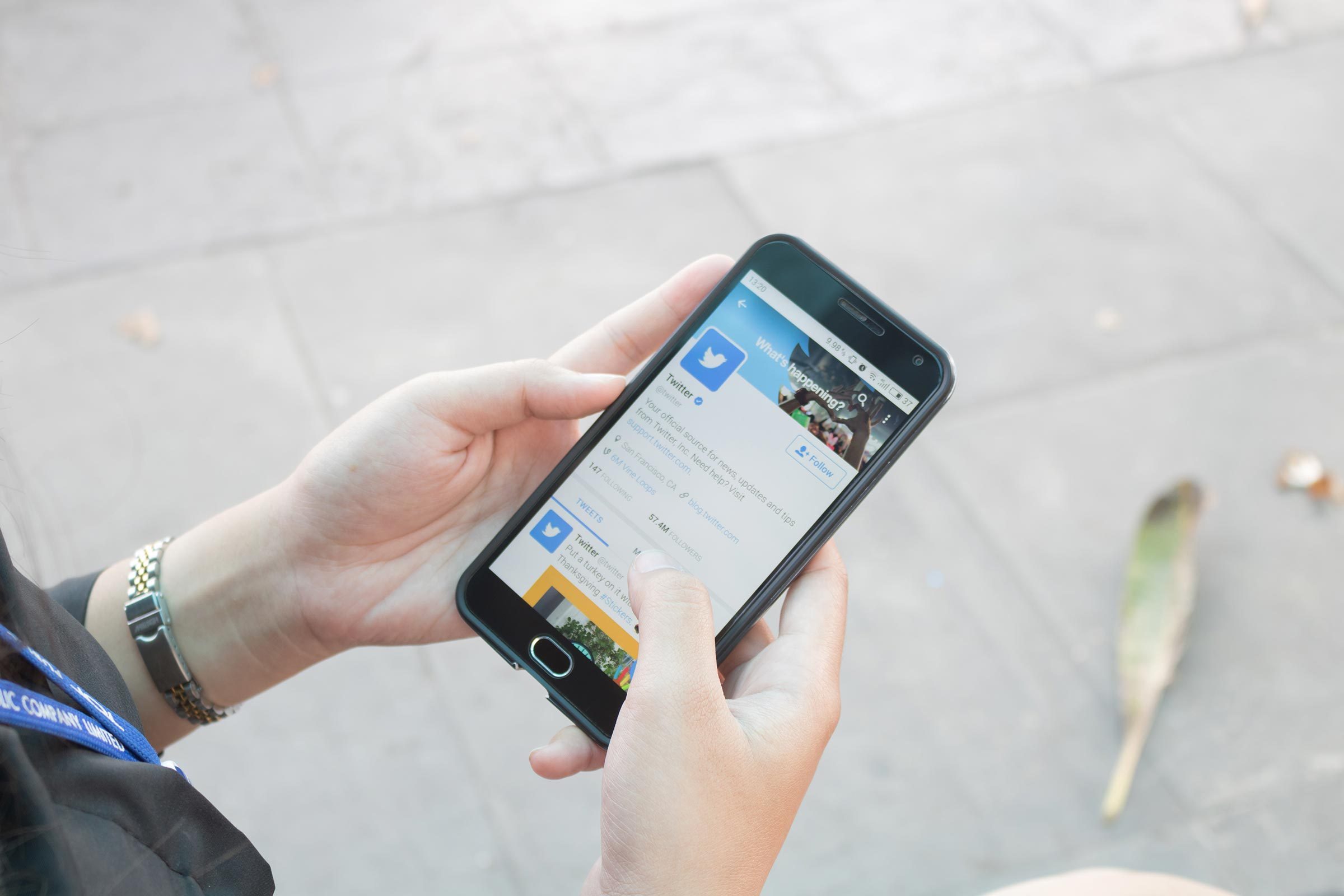 State Department officials wanted to increase traffic on the agency’s various Facebook pages and Twitter accounts, so they spent lavishly on in-site advertising. What did they get in return? Not much. Less than 2 percent of visitors to their pages “liked” or “favorited” any of their posts or tweets, according to the December 2013 issue of Wastebook, published by U.S. Senator Tom Coburn, M.D. Here are 11 other bizarre things the U.S. government actually spent money on. 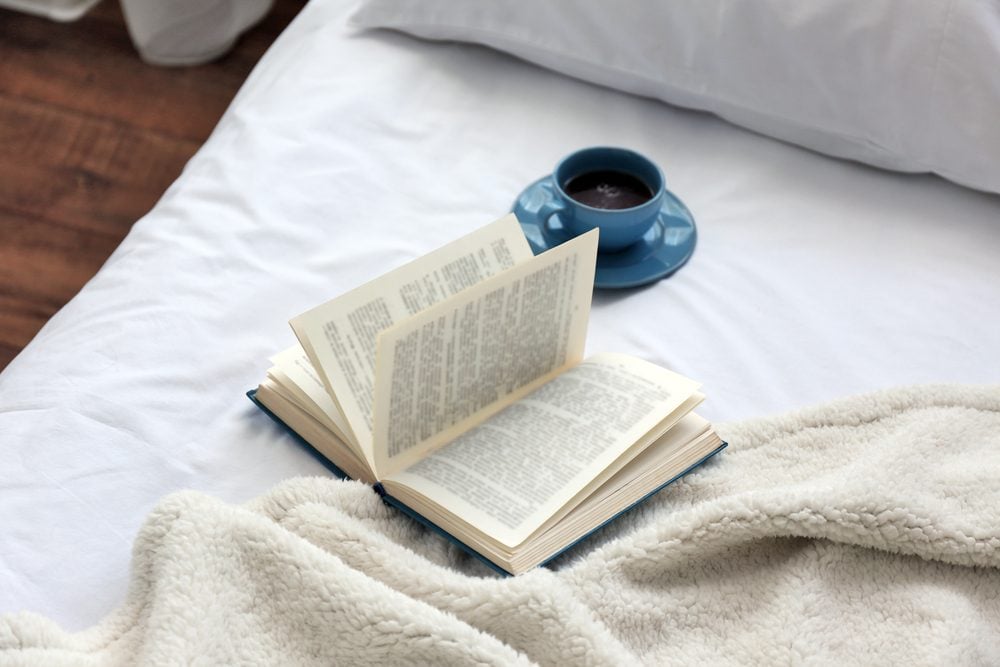 In 2010, the National Endowment of the Humanities (NEH) funded the Popular Romance Project, establishing a website to “explore the fascinating, often contradictory origins and influences of popular romance as told in novels, films, comics, advice books, songs, and Internet fanfiction.” The government spent almost $1 million on this project which explored topics such as, “The Romance of British Secret Service Agent James Bond” and “Team Edward or Team Jacob,” among others. However, the NEH doesn’t just fund romance-related efforts. The 2018 funded projects range from researching indigenous languages to digitizing old newspaper articles and total $43.1 million in awards. 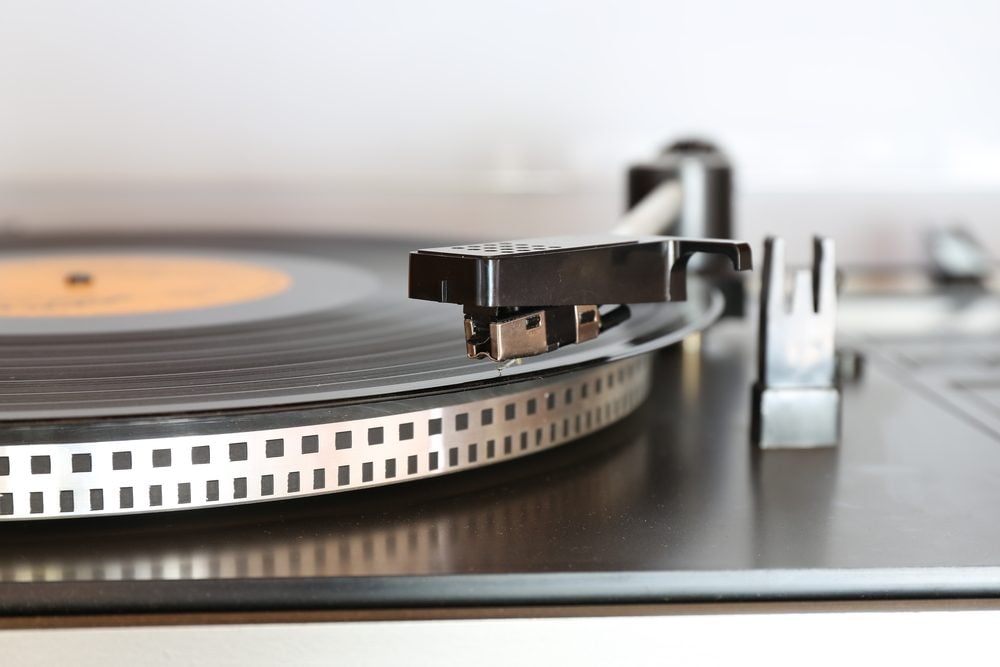 An all-expenses-paid trip for music researchers

Several executives from various independent music labels received a government-funded, all-expenses-paid trip to Rio de Janeiro and Sao Paulo in 2013, per Wastebook. The reason: “to compare the record stores, club districts, and facial expressions of locals at the mention of their bands.” While the execs reportedly enjoyed their trip, one of them said he “didn’t ink any deals.” Check out these 10 secret U.S government operations, revealed. 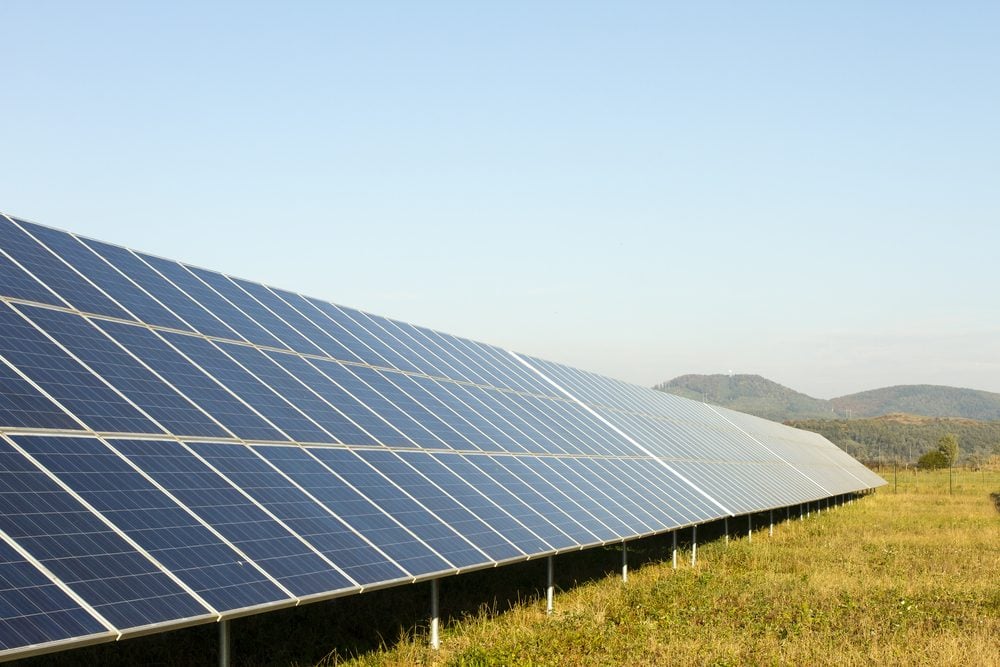 A federal grant was used to install solar panels on the parking garage at the Manchester-Boston airport. One problem: The reflective panels were blinding the pilots, so 25 percent of them had to be removed (the panels, not the pilots). But the remaining panels, say airport officials, will generate “$2 million in savings over 25 years,” according to Wastebook.

A study on couples

The National Institutes of Health spent more than $300,000 on a University of California, Berkeley, study that proved something no one was questioning—couples are happier when the woman calms down after an argument.
Cost to taxpayers: $325,525 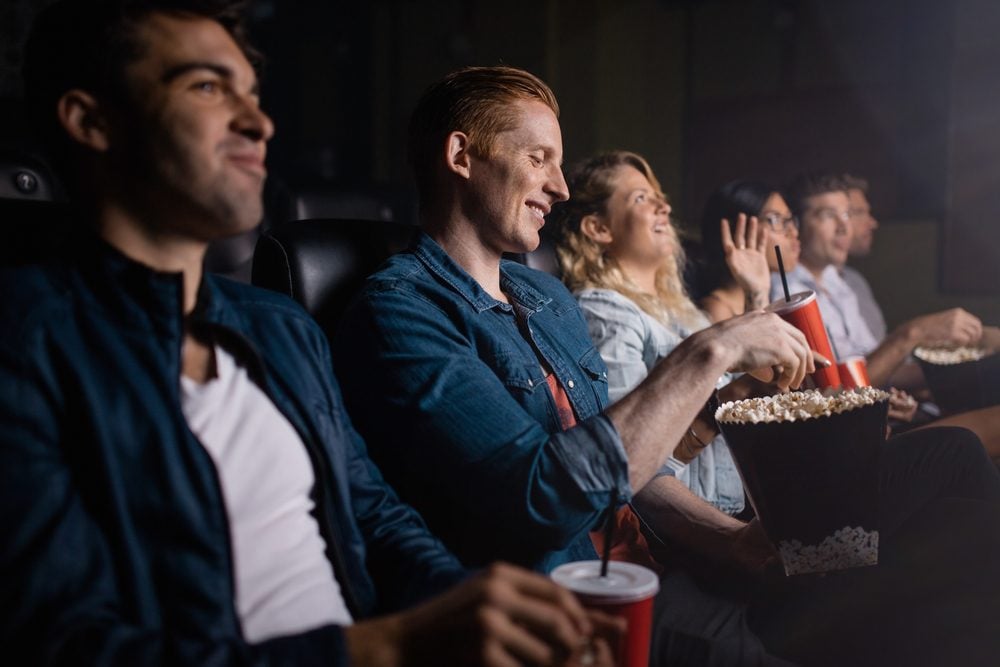 The sole purpose of the FBI’s “Investigative Publicity and Public Affairs Unit” is to answer any questions that writers and filmmakers might have to ensure that any film, TV, or book that features the FBI will get the details right, per Wastebook. Here are 17 more secrets the FBI doesn’t want you to know. 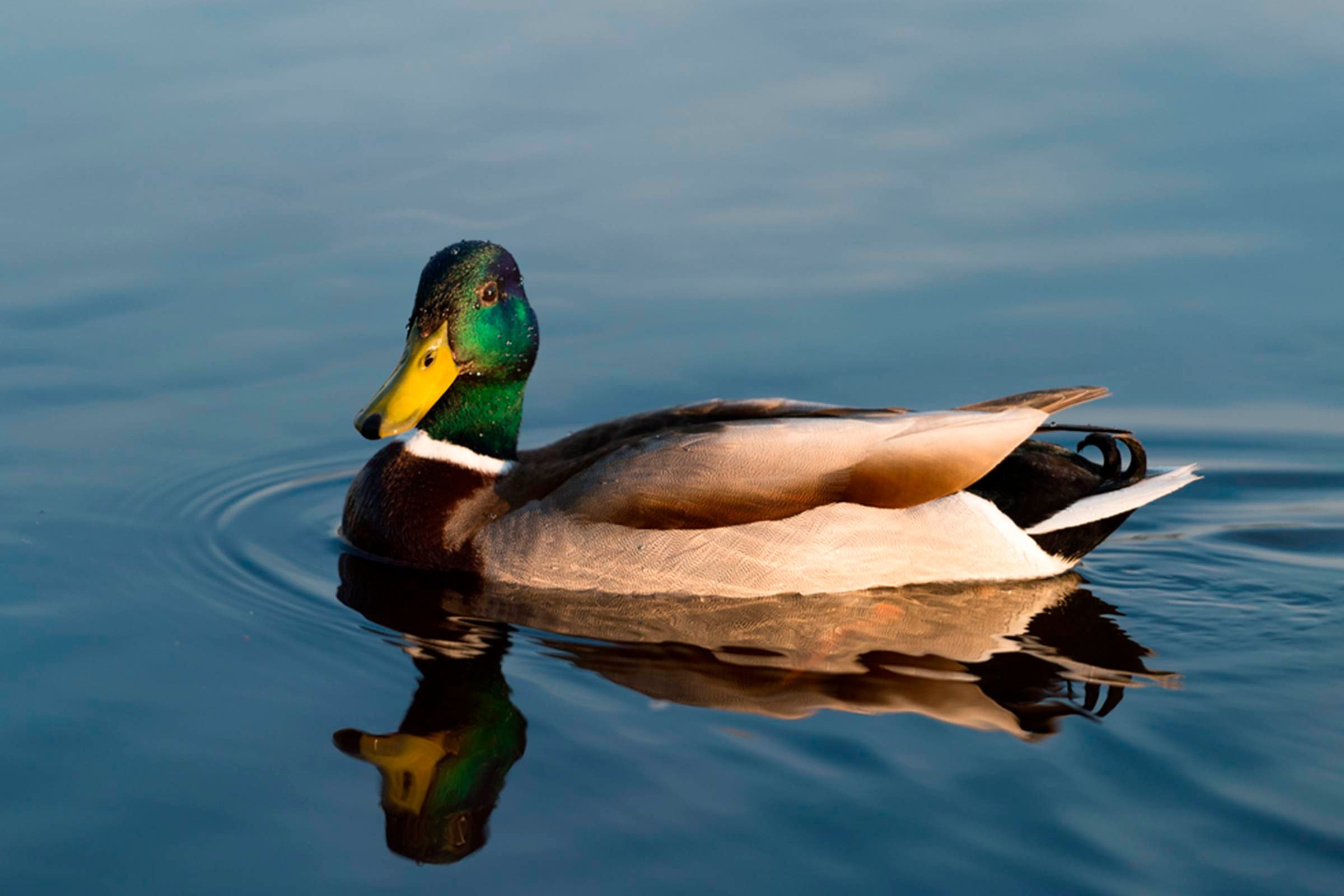 In 2005, biologists at Yale University were awarded a research grant to study the reproductive anatomy of the duck. Specifically, the researchers studied the unique corkscrew-like shape of the male duck’s genitalia. Lead researcher Patricia Brennan defended her work saying this is basic science. “The headlines reflect outrage that the study was about duck genitals, as if there is something inherently wrong or perverse with this line of research,” she says. “Imagine if medical research drew the line at the belt! Genitalia, dear readers, are where the rubber meets the road, evolutionarily.” Here are 7 secrets the CIA doesn’t want you to know. 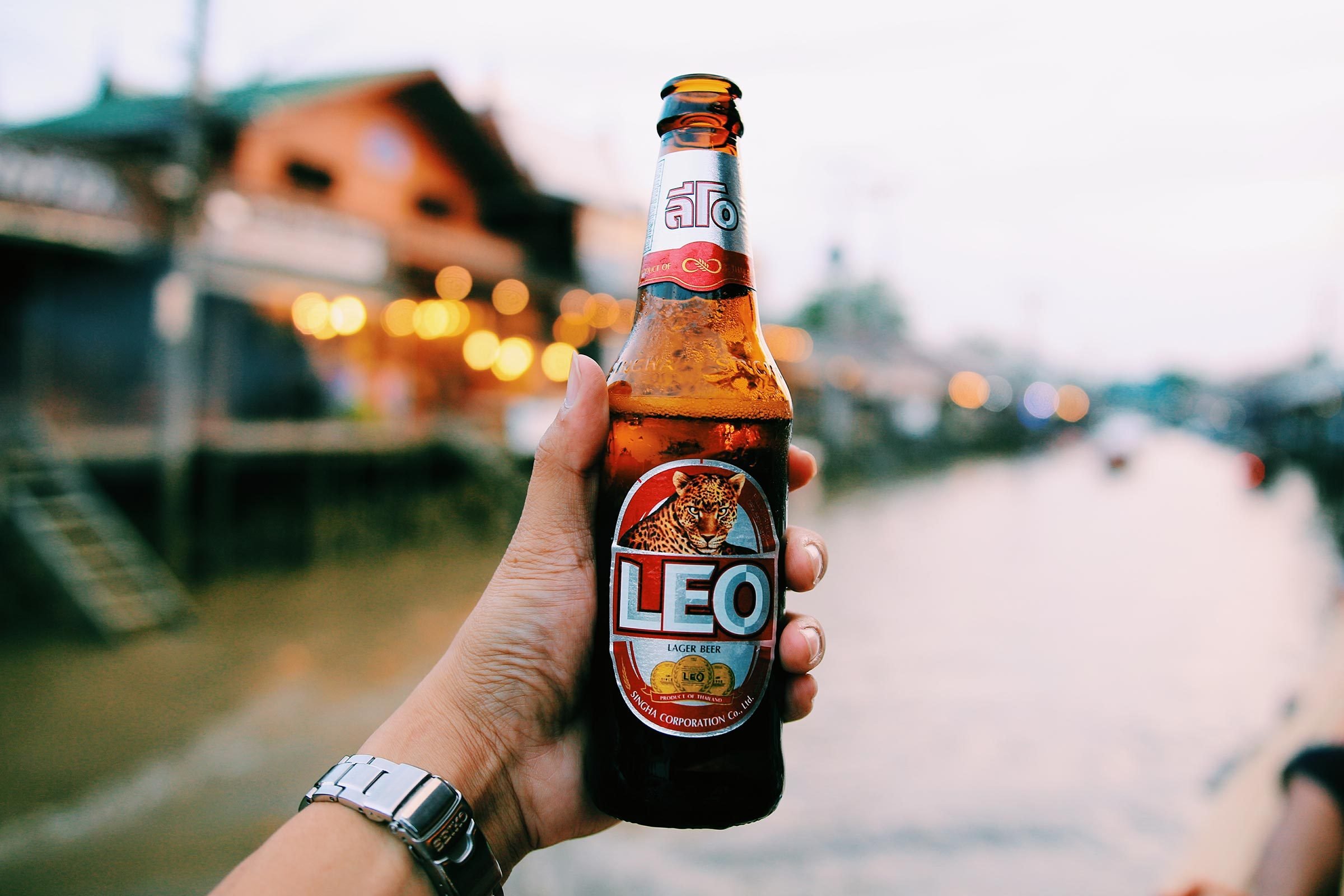 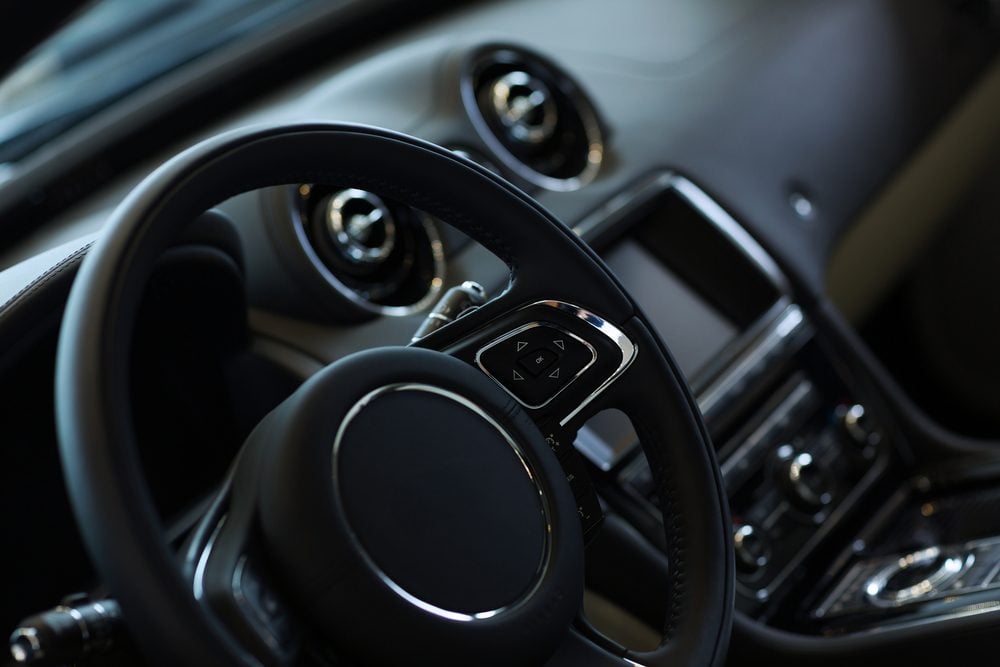 In 2016, the National Highway Traffic Safety Administration funded a billboard encouraging Denver drivers not to get behind the wheel while high. The eye-catching display included a 3-D joint that glowed at night to really hit the point home. Don’t miss these 17 ways to get free money from the government. 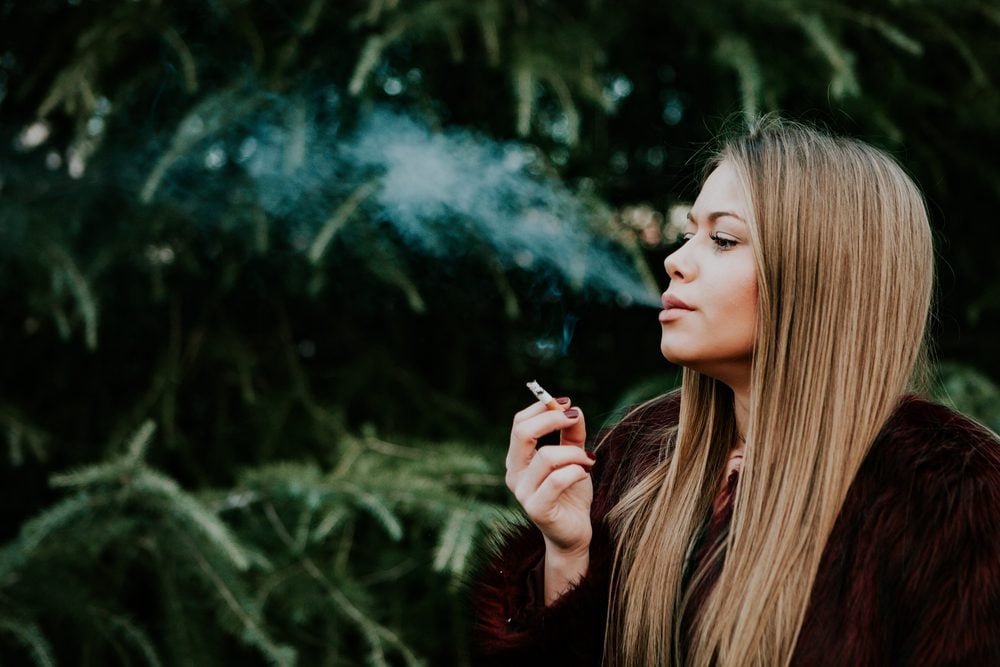 To get young adults to quit smoking, the NIH tried getting friends—specifically, “a group focused on the alternative music scene, local artists and designers, and eclectic self-expression,” aka hipsters—to band together. Most of the campaign’s money went to anti-smoking art and music events, swag like koozies and T-shirts, and social media.

People with expensive taste and a love for national parks should visit Alaska’s Denali National Park. It’s home to a rustic outhouse that costs $99,000, according to the Washington Times. This rustic restroom, which sits at a trailhead in the park, costs some $10,000—but because the Interior Department contracted with a local business that ordered it from an Oregon manufacturer, shipping, and other costs added $89,000 to the fee. Here are 13 surprisingly frugal habits of past presidents and their families.
Cost to taxpayers: $99,000 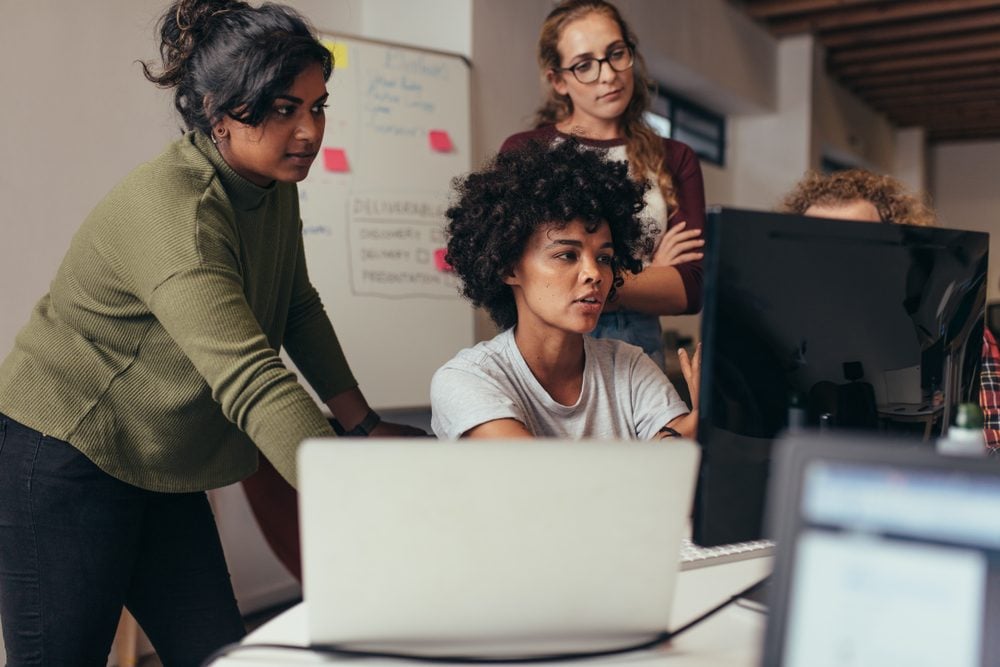 It’s one thing to forget to use spell-check; it’s another thing to buy $239 million worth of software—and then forget to use $11.6 million of it. But that’s exactly what the IRS managed to do, said a treasury inspector general in a 2014 report. “Software license management at the IRS is not being adequately performed,” the report concluded. Now, if only there were a government department that could audit the IRS.
Cost to taxpayers: $239 million 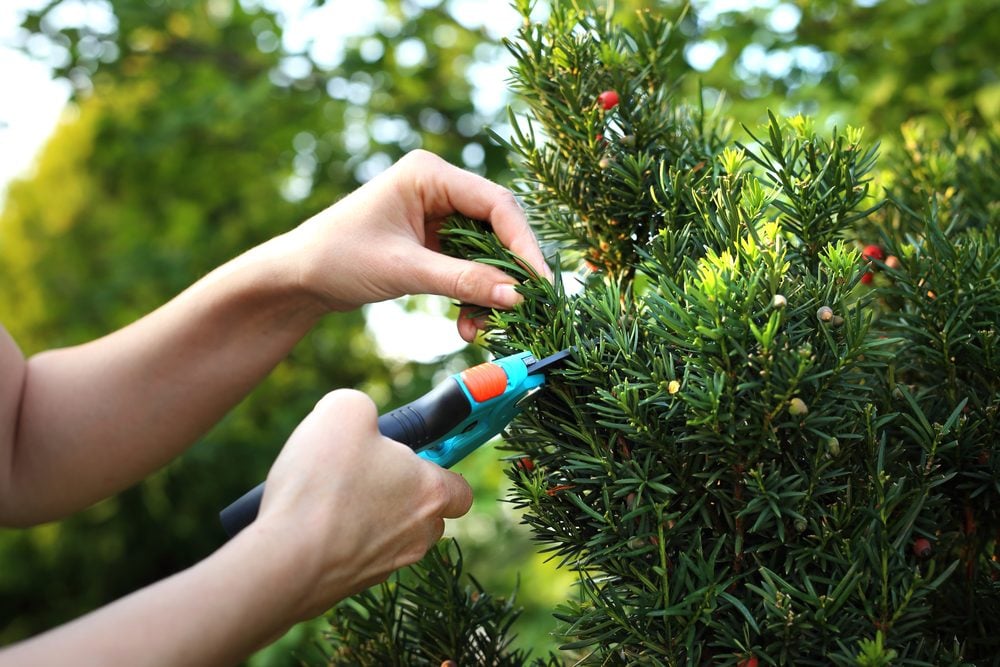 Spending cuts on federal programs in 2013 didn’t stop the state department from paying for some pruning. A $704,000, five-year contract on gardening and landscaping for the home of the American ambassador to NATO in Belgium wasn’t cut, Fox News reports. Check out these 14 bizarre things the government actually has the power to do.
Cost to taxpayers: $704,000 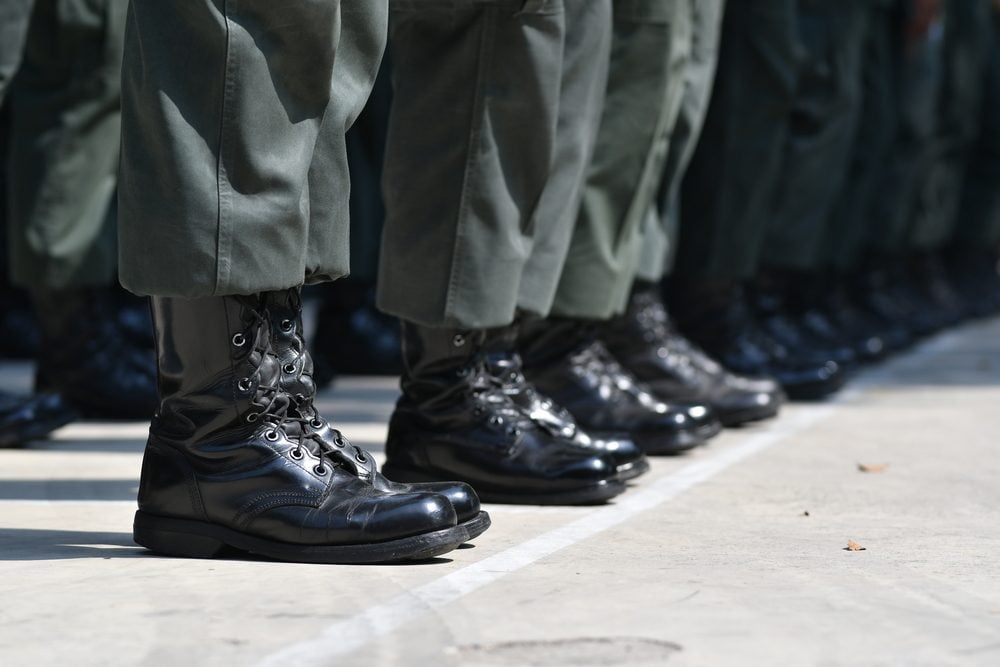 A few years ago, the National Guard spent $136 million sponsoring NASCAR driver Dale Earnhardt Jr., and so far, the investment has resulted in 24,800 recruiting prospects. Not too shabby, except that “of that group, only 20 met the Guard’s qualifications for entry into the service,” USA Today reports, “and not one of them joined.” The problem is demographics, according to Missouri Senator Claire McCaskill: The National Guard seeks 18-to-24-year-olds, but “the average age of a race-car fan is between 35 and 54 years old,” she said. A lack of viable recruits is the reason why the Marines, Army, Coast Guard, and Navy have all ended their NASCAR sponsorships.
Cost to taxpayers: $136 million~ 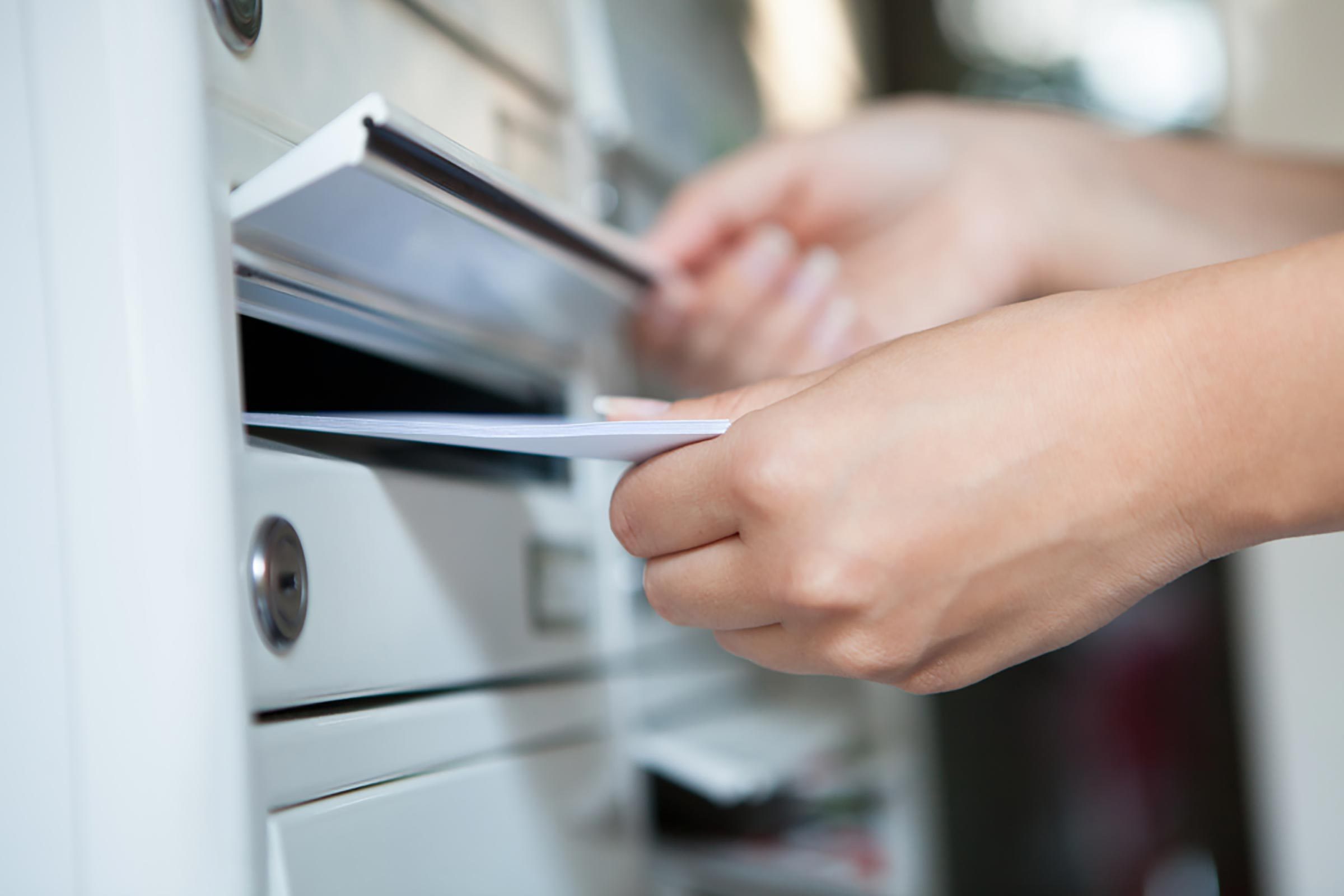 It turns out that some federal work is still done the old-fashioned way: by hand. In a former mine some 230 feet below the surface in Boyers, Pennsylvania, 600 employees of the Office of Personnel Management—which processes benefits for federal retirees—have forgone automation. As the Washington Post points out, documents are mailed from governmental offices, received in Boyers, typed into a computer, printed out on paper, reviewed and marked up by various examiners, and, finally, retyped into the computer. Each claim takes around 61 days to fulfill—the same amount of time it took back in 1977. Since the Reagan administration, however, the executive branch has already spent more than $100 million to digitize the department, per the Post. These are the best and worst states for taxes.
Cost to taxpayers: $100 million~ 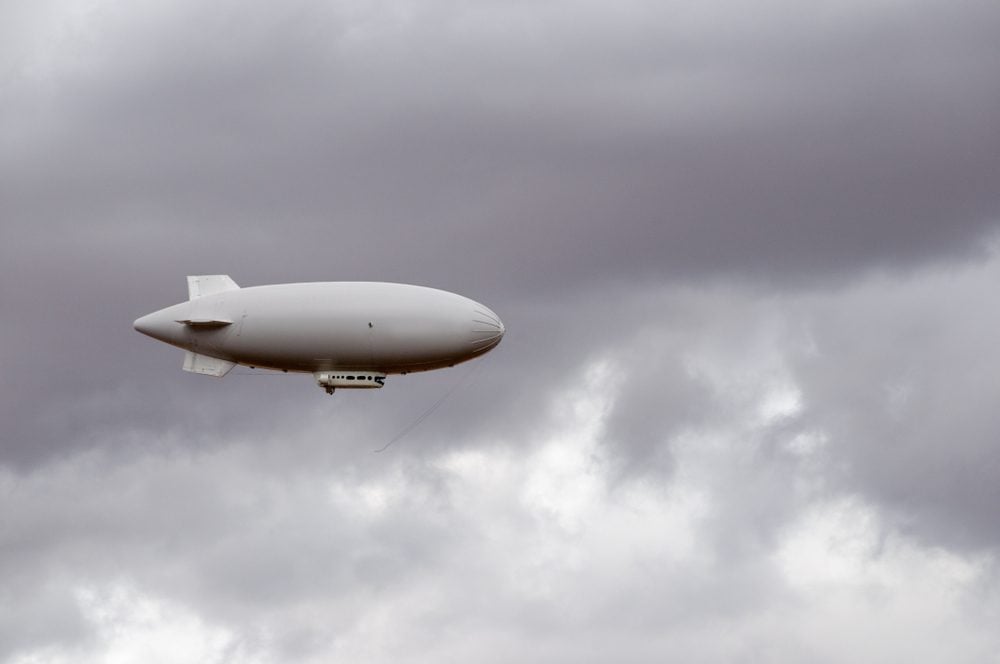 A blimp too heavy to float

The Army spent $297 million building a hybrid airship, the Long Endurance Multi-Intelligence Vehicle (LEMV), which was intended to provide unmanned, continuous surveillance over Afghanistan. The Army sold it back to the manufacturer because it fell behind schedule and was 12,000 pounds overweight. A UK-based company bought and renamed it the Airlander 10 and is making changes to the model.
Cost to taxpayers: $297 million 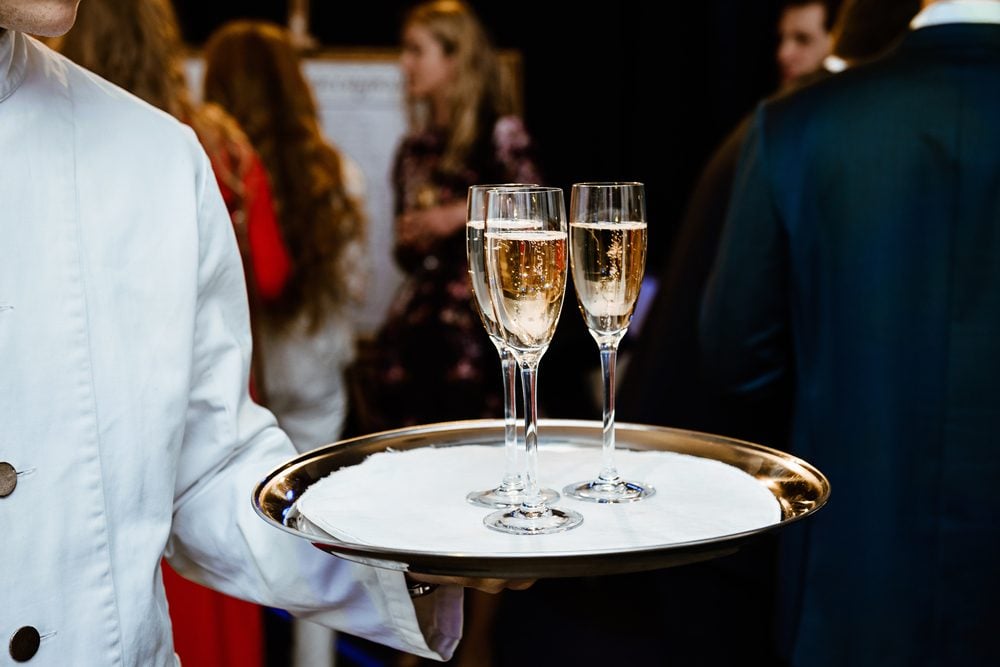 Drinks for diplomats, right before a government shutdown

In 2013, the state department bought $180,000 worth of liquor before the government shutdown. The bill includes purchases from embassies across the globe, but some notable last-minute purchases include $5,625 in “gratuity wine” at the embassy in Rio de Janeiro, $22,416 in wine at the embassy in Tokyo, and $15,900 in bourbon and whiskey in Moscow, the Washington Times reports. Next, check out these 100 interesting facts about practically everything.
Cost to taxpayers: $180,000~