What to Do When Your Child Hates School

Some of the most common reasons kids hate school range from anxiety and learning difficulties to bullying. These strategies can help. 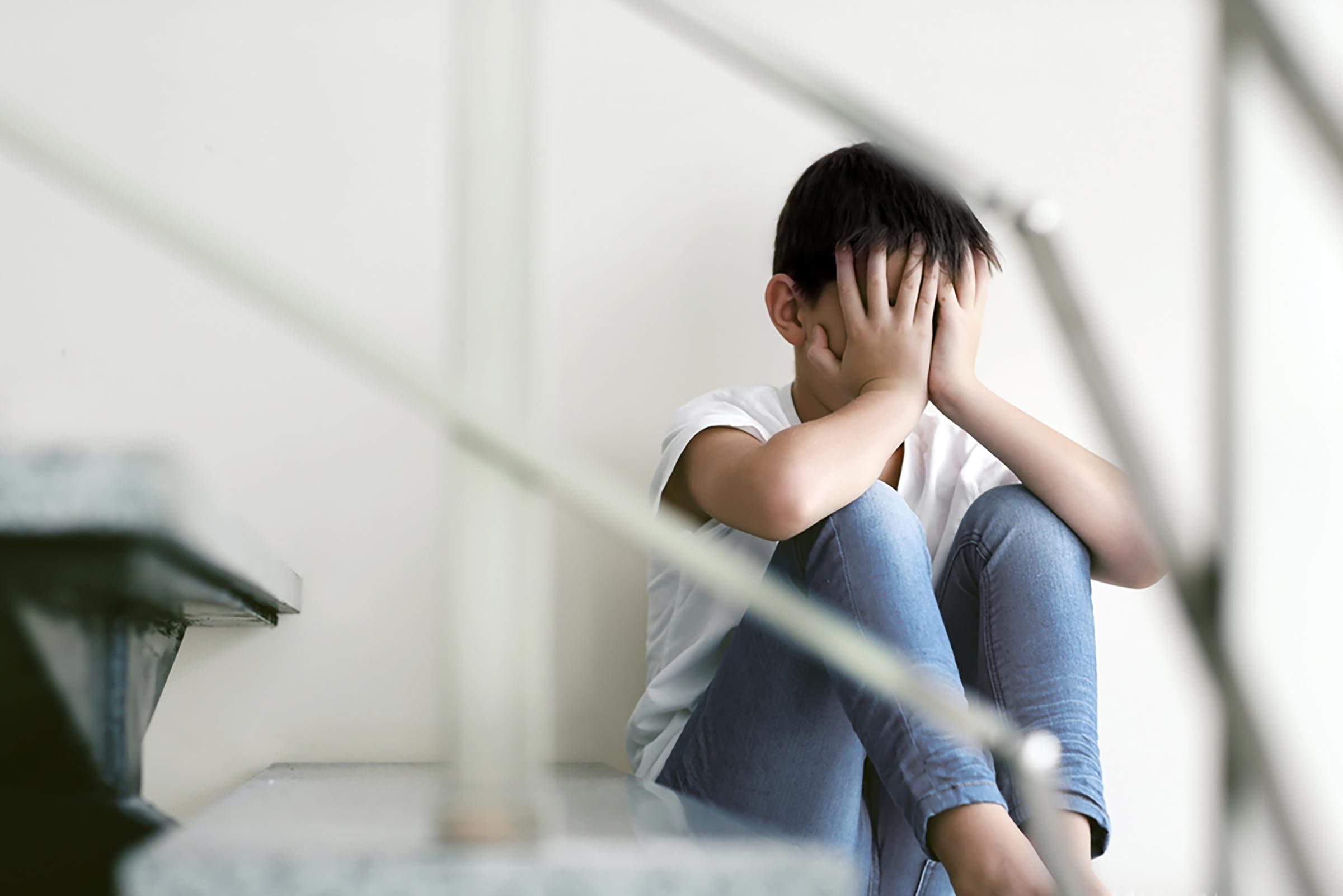 With just a few minutes left before school was to start, my six-year-old, Dustin, was pouting. “I don’t want to go,” he said. Ever since he’d entered first grade, he hated school. What’s going on? I thought as he trudged out the door. If he hates school this much now, how bad will it be later on? Is the American school system damaging our kids?

Every kid occasionally grumbles about school. But five to ten percent of kids dislike it so much they don’t want to attend, says Christopher Kearney, director of the Child School Refusal and Anxiety Disorders Clinic at the University of Nevada, Las Vegas.

If a child seems depressed or anxious about school, fakes illness to stay home, repeatedly winds up in the nurse’s or principal’s office, or refuses to talk about large chunks of the school day, you should be concerned, say school psychologists Michael Martin and Cynthia Waltman-Greenwood, co-editors of Solve Your Child’s School-Related Problems.

Fortunately, you can usually solve the problem–sometimes very easily. In our case, my husband and I visited Dustin’s class and noticed that the teacher, fresh out of college, called only on kids who scrambled to sit right under her nose. Dustin, who generally sat near the back, was ignored. We simply told him to move up front. He did, and his enthusiasm returned.

Here are some of the most common reasons kids hate school–and strategies to put them back on the road to success:

Anxiety. One fear that keeps children from enjoying school is separation anxiety. It most frequently occurs during times of family stress or when a child is about to enter a new school.

Unfortunately, parents can feed a child’s anxieties by the way they respond. With younger kids, watch how you say good-bye those first few days of school. A firm “Have a great day, and I’ll pick you up at 2:30!” is more confidence-inspiring than “Don’t worry, I can be there in ten minutes if you need me.”

Thomas Ollendick, head of an anxiety-disorders clinic for children and adolescents at Virginia Polytechnic Institute and State University in Blacksburg, Va., treated one boy who was anxious about entering middle school. He worried about everything from getting lost in the new school to getting beaten up. His mother took time off from work so she could stay home to “be there” for him–“inadvertently sending the message that something dreadful might indeed happen,” Ollendick recalls.

Once the mother realized she was contributing to the problem, she began fostering her son’s independence by taking him to the school so he could learn his way around and meet his homeroom teacher. His fears diminished, and now he’s a well-adjusted student.

You can help your child handle fearful situations–from speaking up in class to taking tests–by rehearsing at home. Help make large projects less daunting by breaking them into manageable pieces. Teach your child to replace thoughts such as “I’m going to flunk” with “I can handle this.”

Loneliness. Some kids dislike school because they have no friends. This may be the case if your child is always alone, feigns illness to avoid class outings or gives away treasured possessions in an attempt to be liked.

Often loneliness problems can be solved by bolstering social skills. “A child may need to learn how to look others in the eye when he speaks, or how to talk above a whisper–or below a yell,” Ollendick says. You might teach a young child a few “friendship openers,” such as “My name’s Tom. What’s yours? Do you want to play tag?”

“A lot of kids who are very lonely have never been told anything good about themselves,” says Miami teacher Matty Rodriguez-Walling. “If a lonely kid is skilled in some area–computers, for example–I’ll often have other students work with him. That does a lot for self-esteem and helps the lonely child make friends.”

Bullies. Students sometimes hate school because they are afraid to attend. If your child seems quiet and anxious, has few school friends or suddenly shows a drop in self-esteem, he may be a victim of a bully.

The common advice for this problem–teach your child to be assertive–isn’t always enough. “Even when kids are assertive, the bully often beats them up,” Ollendick says. He recommends instead that elementary-school children tell a teacher. In middle school and above, kids should stick with friends and avoid places where the bully hangs out.

If you have to step in, go to the principal, not the bully’s parents. To avoid embarrassing your child, be subtle. When Dustin was in kindergarten, two older boys began picking on him at the bus stop. My husband proposed a simple solution: move the bus stop closer to our building so we could keep an eye on the boys. The principal agreed, and the bullying stopped.

Trouble Learning. Some children’s school complaints spring from physical problems. For them, “hating school is really frustration at being a step behind, no matter how hard they try,” says psychologist Harvey Mandel, co-author of Could Do Better: Why Children Underachieve and What to Do About It.

One Colorado third-grader was still unable to read despite being tutored. When told to do his homework, he’d whine that his eyes were blurry and his head hurt. Optometrist Lynn Fishman Hellerstein found that although the boy had 20/20 vision, he was having trouble focusing his eyes. “With glasses and vision therapy, he became an eager learner,” Hellerstein says.

Vision problems are surprisingly common, so parents need to be sensitive to signs of trouble. While reading, does your child cover an eye, tilt her head or lose her place? Does she hold books closer than the distance from her elbow to her knuckles? Does she complain of itchy eyes, headaches or nausea after detailed work? If so, get her a complete vision exam that includes evaluations of eye-movement control, focusing, depth perception and other skills.

Some reluctant students may not hear the teacher. Schedule an appointment with an audiologist if your child has trouble learning letter sounds (particularly short vowels, such as “u” and “o”); confuses similar-sounding words (such as “on” and “in,” or “to” and “through”); or asks questions that have already been answered.

Kids with learning disabilities often get frustrated, fail to finish assignments or appear to ignore the teacher. They may be unable to remember simple facts, such as their phone number, the alphabet or details of a story they’ve just heard. If you suspect your child has a learning disability, ask the teachers about having an evaluation by the school psychologist, Martin and Waltman-Greenwood suggest.

Poor Chemistry With a Teacher. What if your child constantly complains that a teacher is “unfair” or “mean”? Sometimes the solution is simple. “Having the teacher and child sit down for lunch together can often improve the relationship,” observes Carole Kennedy, former president of the National Association of Elementary School Principals.

Other times, more drastic action is needed. Shortly after entering second grade, our daughter Erin began coming home depressed. Her new teacher was a strict disciplinarian. Once, she berated a child to the point of tears when he misread a word aloud. Erin was convinced she would be next.

My husband and I made a list of incidents Erin had described and spoke to the teacher. When she confirmed her actions, we immediately asked the principal to move Erin to another class. Soon Erin had a new teacher–and a new outlook on school.

Remember, kids know how to play a parent against a teacher. So if your child tells you a horror story about school, don’t automatically assume you’re getting the whole truth. Talk with the teacher, principal or guidance counselor. Once you identify why your child hates school, you can almost always find a solution. These signs indicate that you might be a toxic parent.