11 Bad Parenting Traits You Have—Without Even Knowing It

Toxic parenting techniques can sneak into your everyday interactions, no matter how well-intentioned you are. Here's how to spot your own bad parenting traits, and break the cycle before the damage is done. 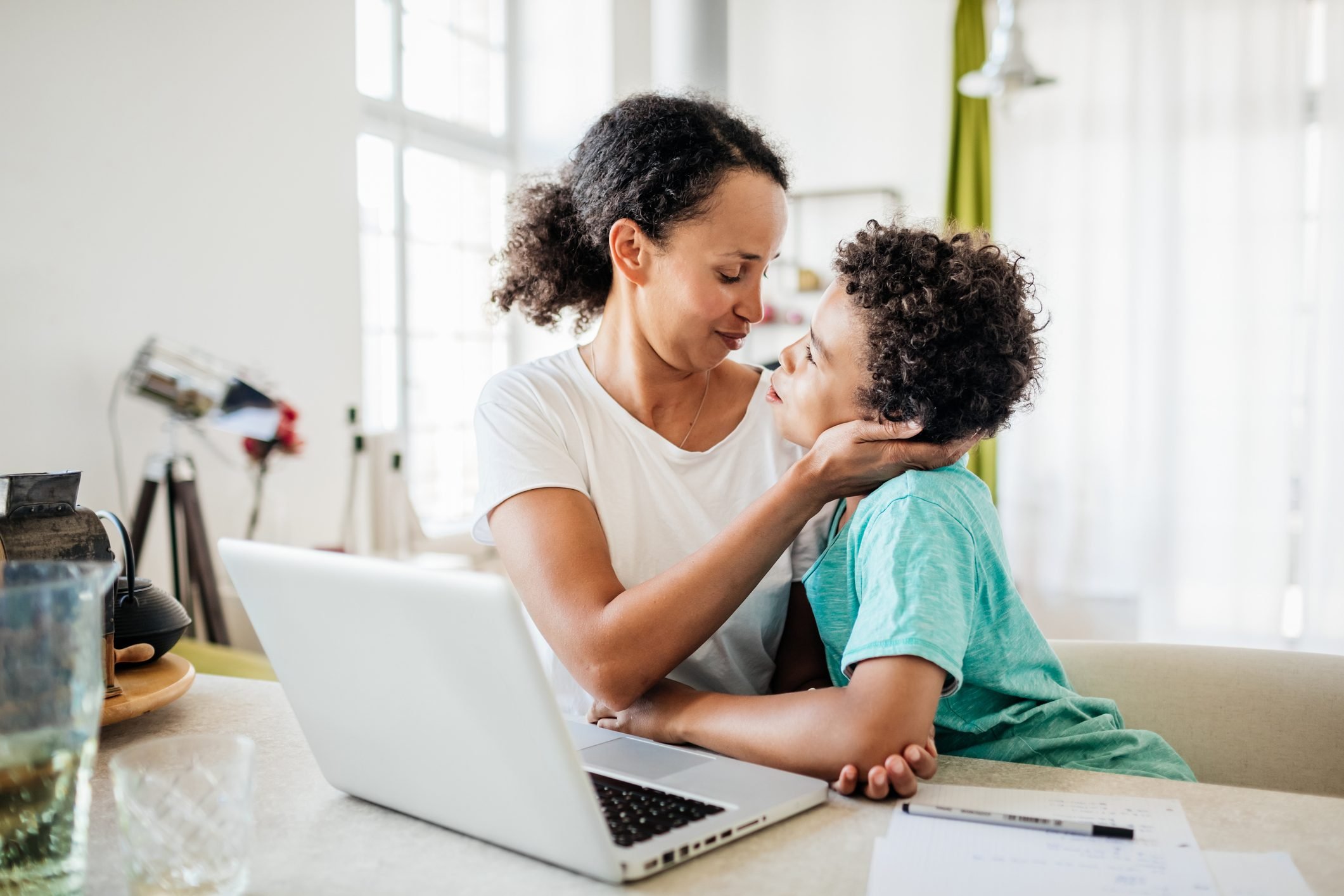 Bad parenting trait #1: You talk at your child instead of with them

Communication between parent and child can be a tricky thing, especially as children become older and have opinions of their own. These traits may have come from advice from your parents, while others you may have picked up on your own. Barbara Greenberg, PhD, a clinical psychologist known for her national television appearances focusing on the mental health of adolescents and teens, says communicating in the right way is key for parents. “Toxic parents are known for not listening to their kids, but instead, talking over them or at them,” she says. “If parents recognize themselves doing this they should make a concerted effort to remain silent and listen, listen, and listen some more. If kids feel listened to they will talk more and confide more. You could also try these 50 tiny (but powerful) ways to encourage your child every day! 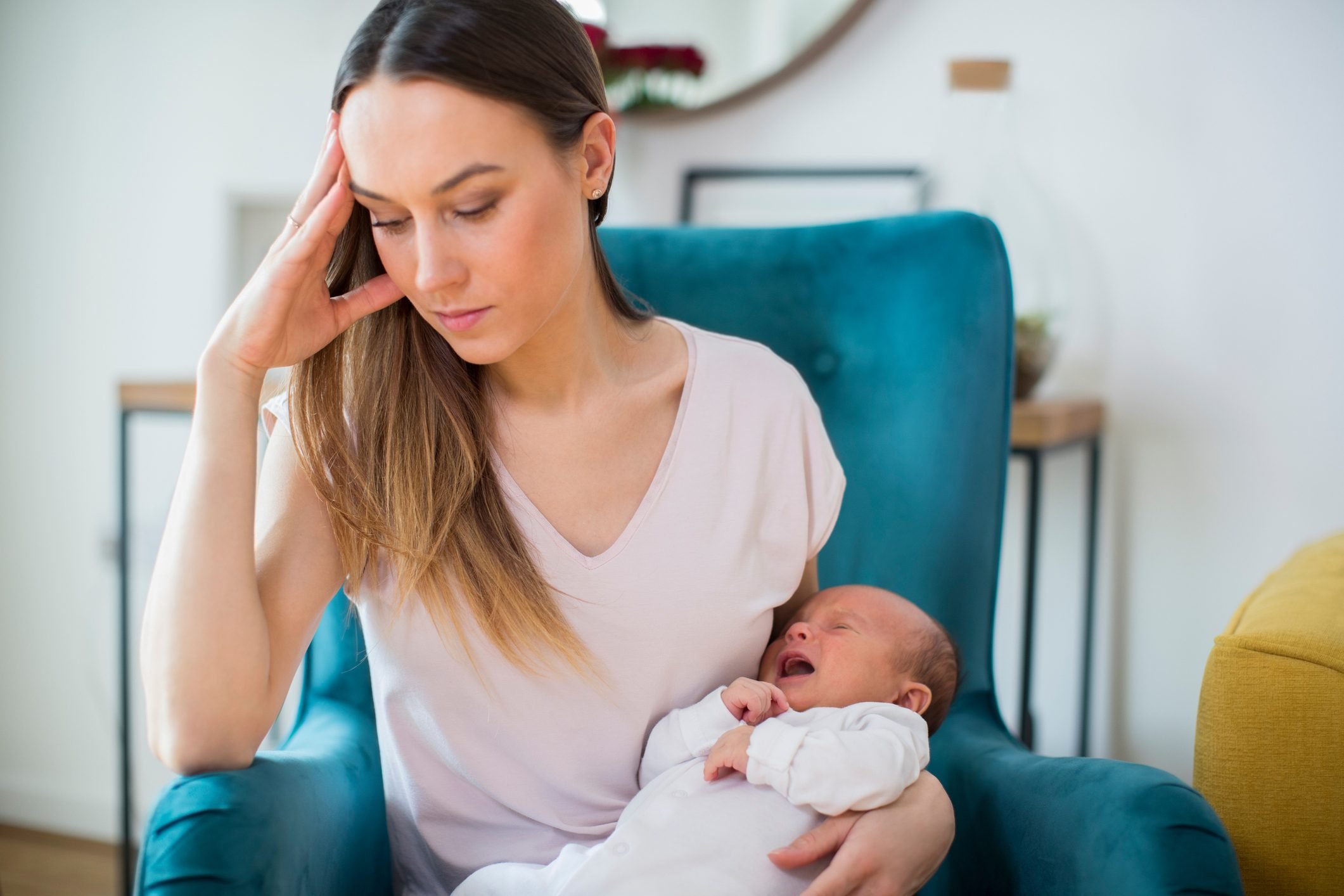 Bad parenting trait #2: You get lost in negative thoughts

Parents can have the tendency to get lost in their own thoughts, and for toxic parents, this behavior can lead to a negative response in their children. Jeffrey Bernstein, PhD, an internationally recognized child psychology expert and author of 10 Days to a Less Defiant Child, says that a parent’s thoughts are often at the root of negative behavior in children. He explains, “No kid is perfect, but parents often don’t realize just how much their own thoughts, rather than their children’s behavior, contribute to their own emotions.” Parents that catch themselves in a cycle of negative thinking should take a step back and rephrase their negative thoughts into more positive ones. For example, rephrasing the thought “He’s being such a brat today,” into “He’s having a hard time today, I wonder what’s going on,” can have a big impact on your interaction with your child. 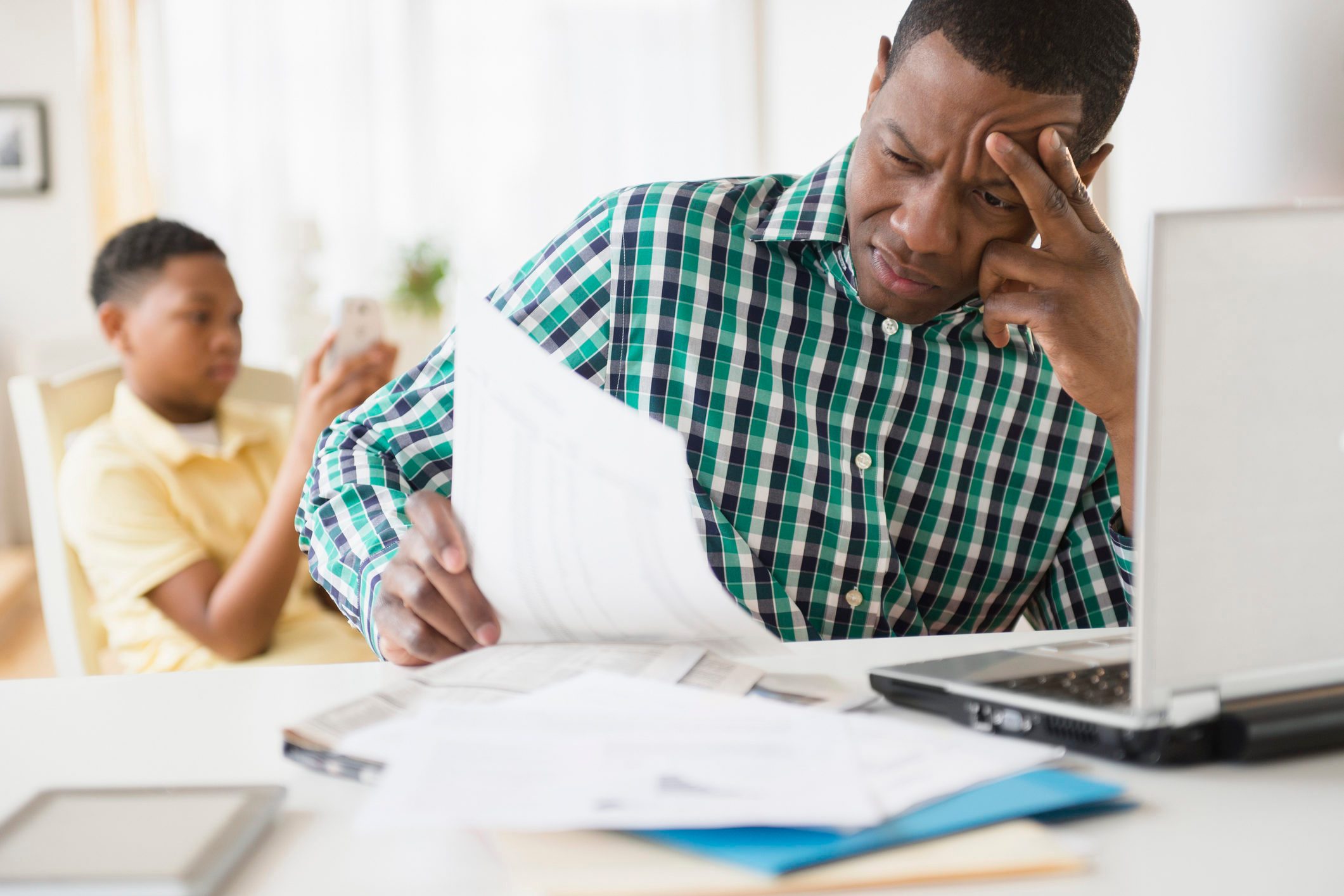 Bad parenting trait #3: You don’t manage your own frustrations

Parenting is fraught with frustrations on a daily basis, and recognizing these trigger points can be the first step in making life easier. Dr. Bernstein believes that parents can recognize how their own frustrations impact their child’s behavior. “When you learn to identify and manage your own parenting frustrations, you’ll be amazed at how your child’s challenging behaviors can quickly improve,” he says. This might mean that you schedule extra time into your morning routine to prepare for a lengthy breakfast, or the five extra minutes your child needs to put her shoes on just right. Instead of berating your child for your own lack of planning, find ways to reduce the frustration before it begins. Check out to see if you’ve ever heard one of these 52 worst parenting tips ever. 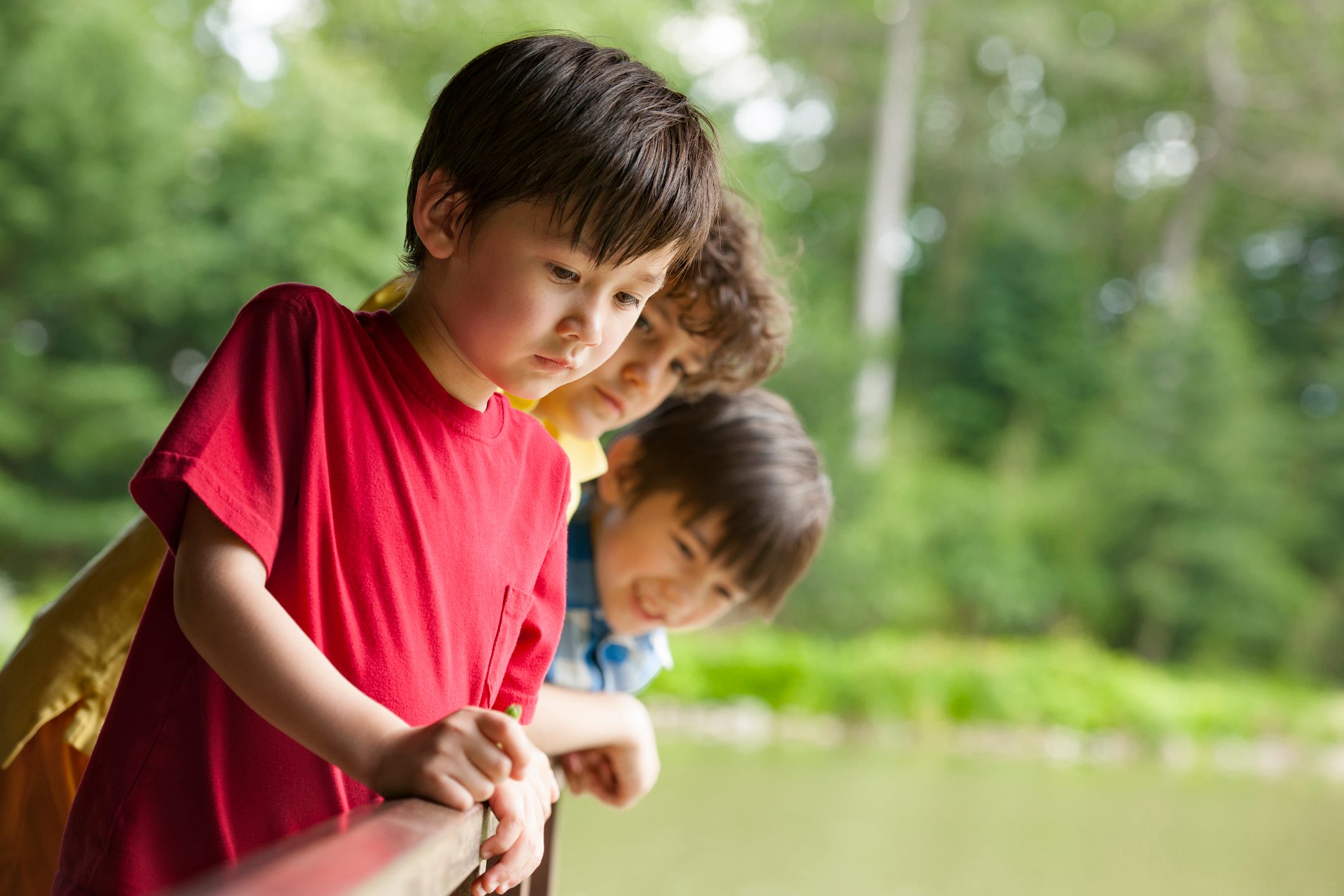 Bad parenting trait #4: You put down their playmates

Every child will bring home a friend or two that might cause you to raise your eyebrows. Expressing criticism about your child’s friends will only lead to a toxic outcome, says Dr. Greenberg. “Toxic parents criticize their child’s friends. If you criticize their friends, you are criticizing your kids. At least, that’s what they take from this behavior. Instead, find out why each of their friends are special to them,” she recommends. 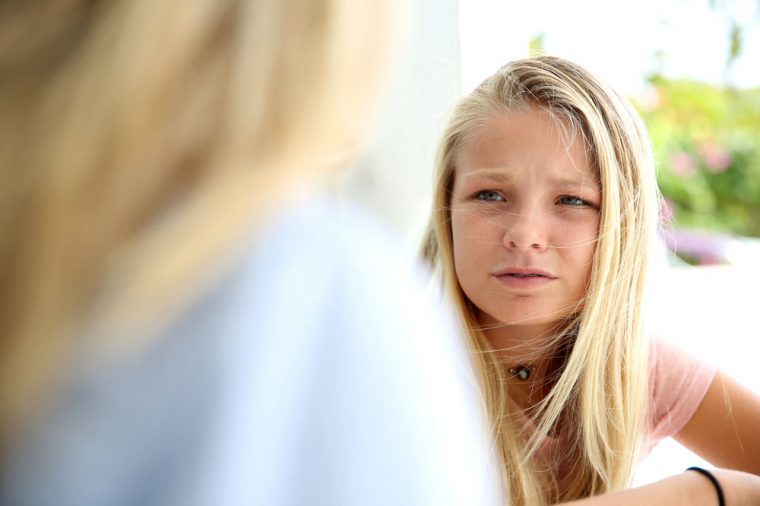 Toxic parents confuse a child’s bad behavior with a negative identity and have no differentiation between bad choices and a bad child. “If you think about it, parents are ‘on duty’ 24 hours a day, seven days a week,” Dr. Bernstein explains. “The lack of time for parents to catch their breath and reflect can lead them sometimes to see their children in global ways. As a result, toxic labels such as: lazy, problematic, selfish, and inconsiderate can result in parents influencing their children to be locked into a negative identity. And labeled kids are usually fraught with frustration, hurt, anger, and resentment. They will be demotivated for making positive changes. Many adults lament how they themselves were labeled as children. Toxic labels leave toxic baggage.” Focus on your child’s behavior and how to fix it, instead. Try these 12 healthy tricks for building your child’s self-esteem. 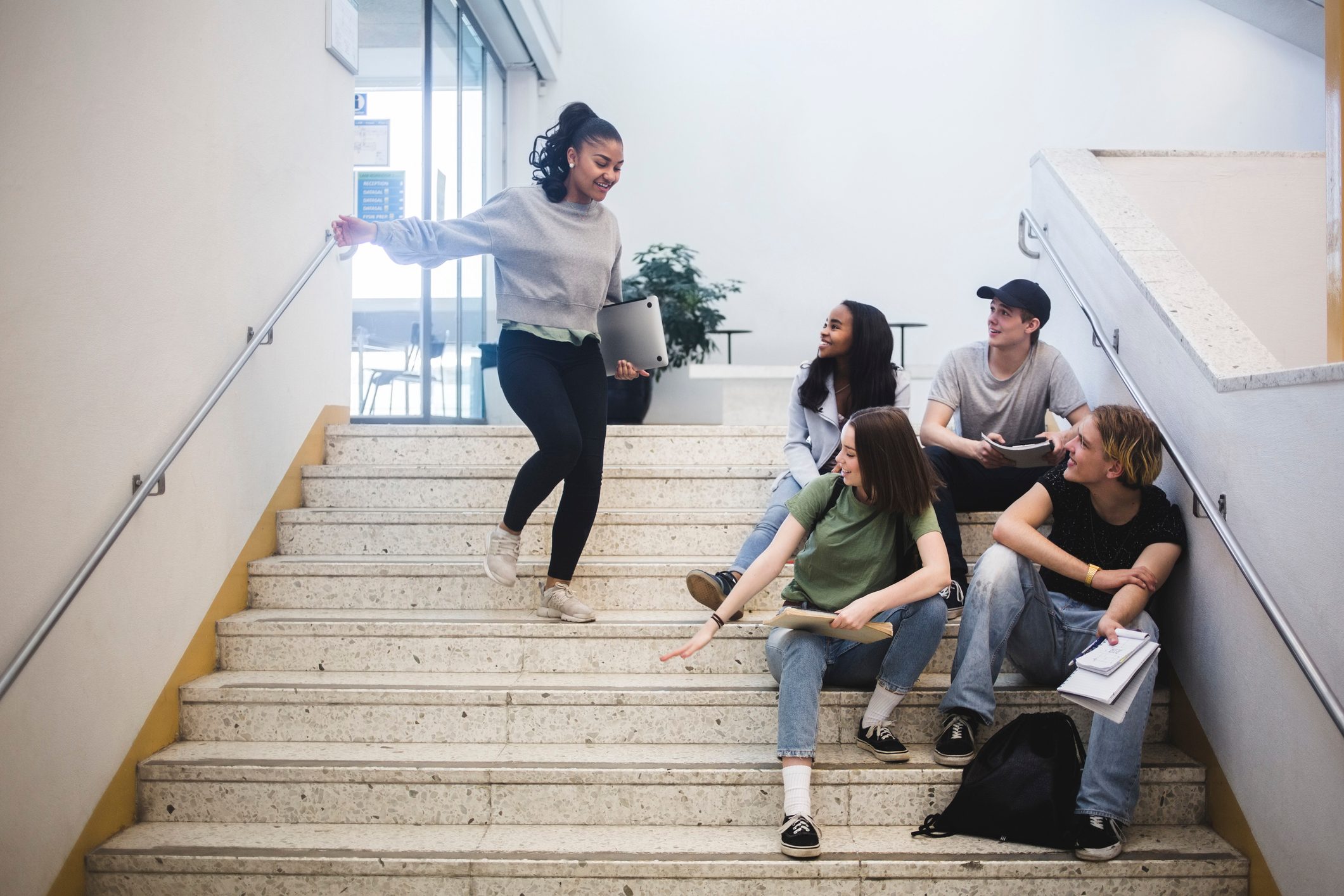 Bad parenting trait #6: You compare your child to others

One of the worst behaviors of a toxic parent is comparing a child to his siblings or friends in the hopes that he will exhibit the same good behavior. Dr. Greenberg says, “Instead, you should celebrate each child’s individuality; comparisons damage self-esteem and do not serve as motivation.” 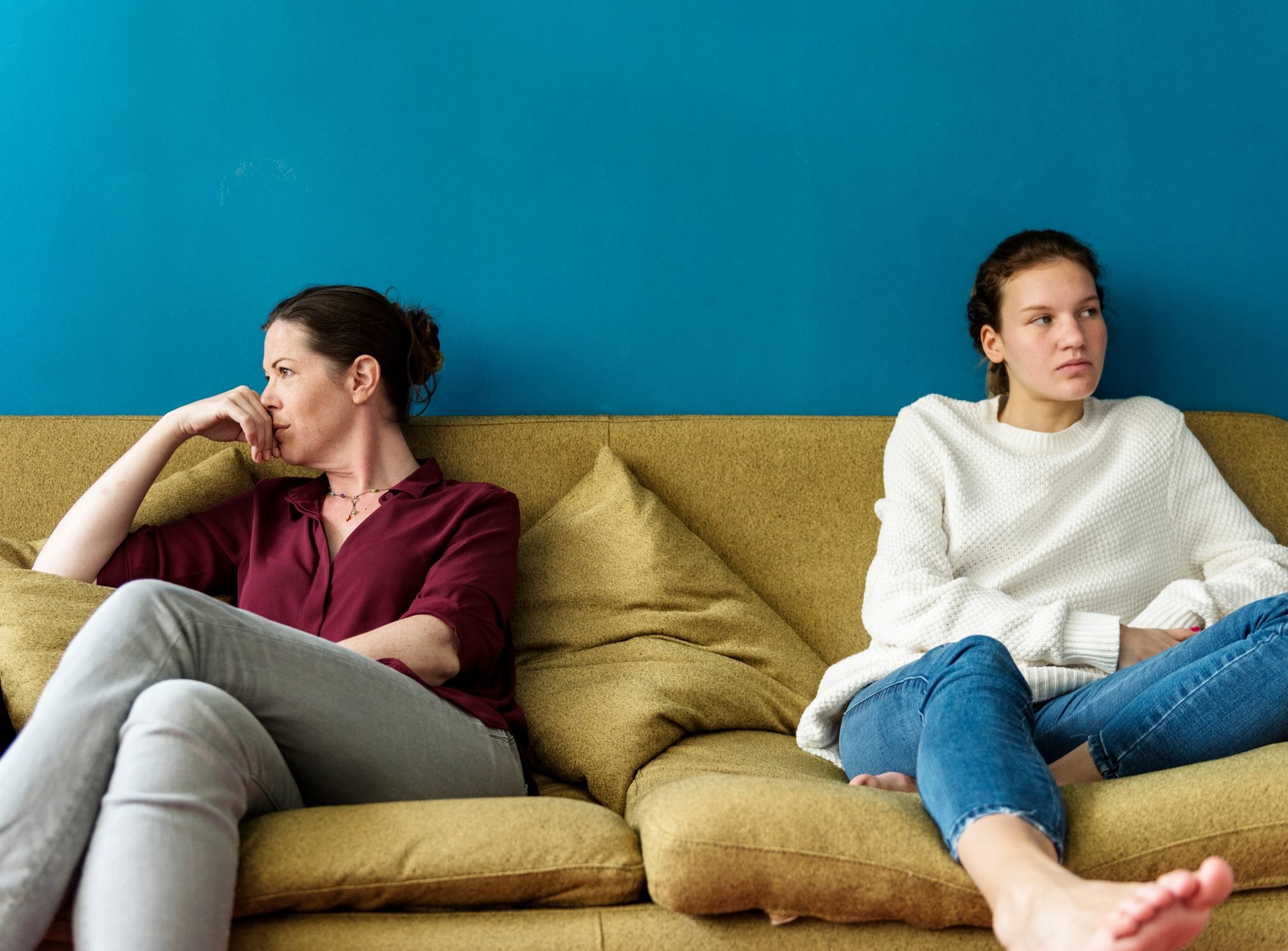 Using phrases such as “You always” or “You never” allows little room for a child to make changes to their behavior. Instead of globalizing behavior you want to see changed, use language that provides an opportunity for growth, such as “You seem to be upset when…” or “How can we work through this issue together?” Here are 11 other things parents say that ruin their kids’ trust. 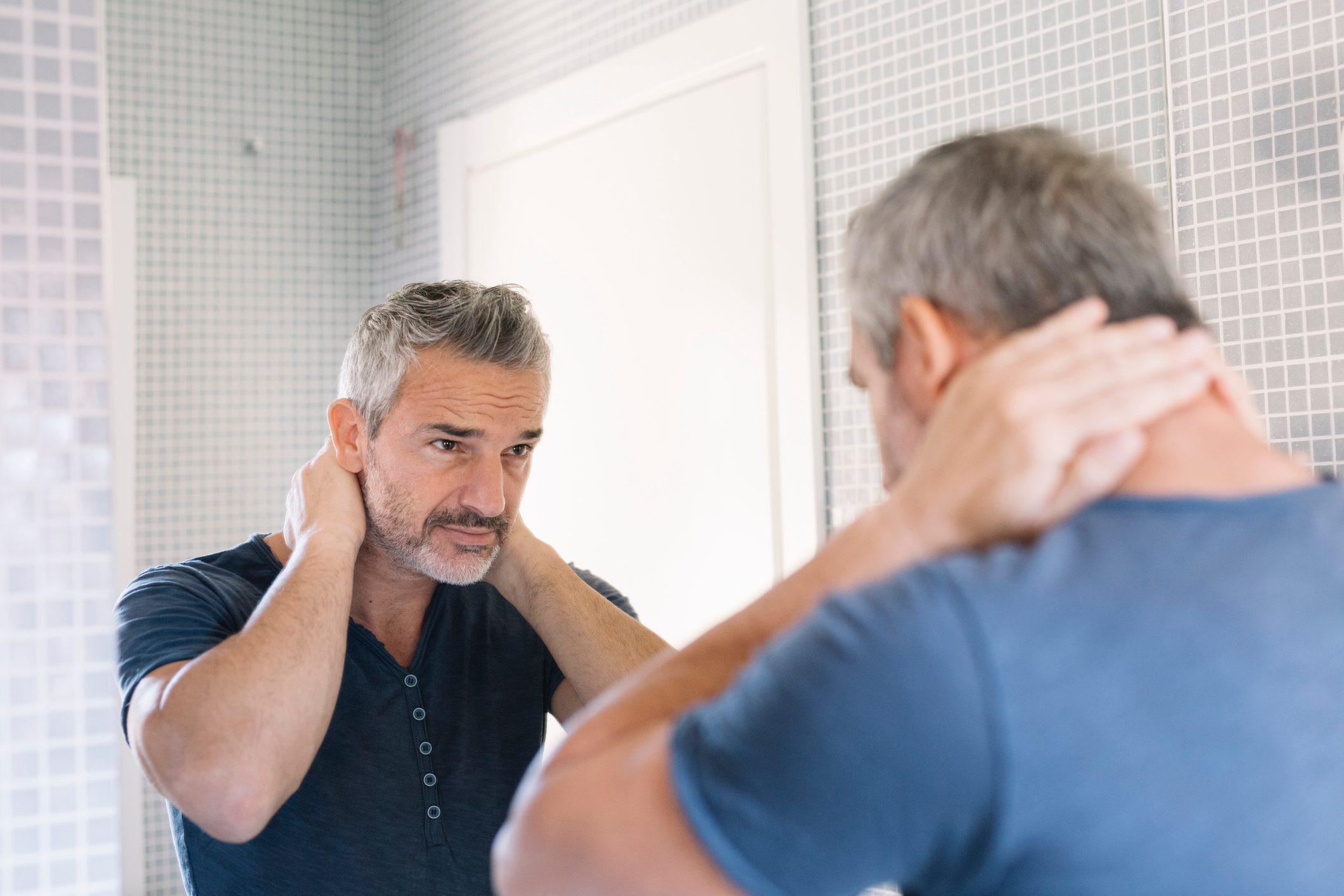 Bad parenting and toxic parents are notorious for constantly berating themselves about superficial issues, like weight or appearance. “Children look toward their parents to see examples of just about everything, self-esteem included,” Dr. Greenberg says. “Devaluing yourself in front of your child is a toxic parenting behavior. Children model after their parents and if you are calling yourself ‘fat,’ ‘stupid,’ etc. then guess what? Your kids are likely to do the same.” It is best to keep the negative thoughts about yourself quiet, and instead give your children an example of positive self-care they can follow, like exercising or eating well. 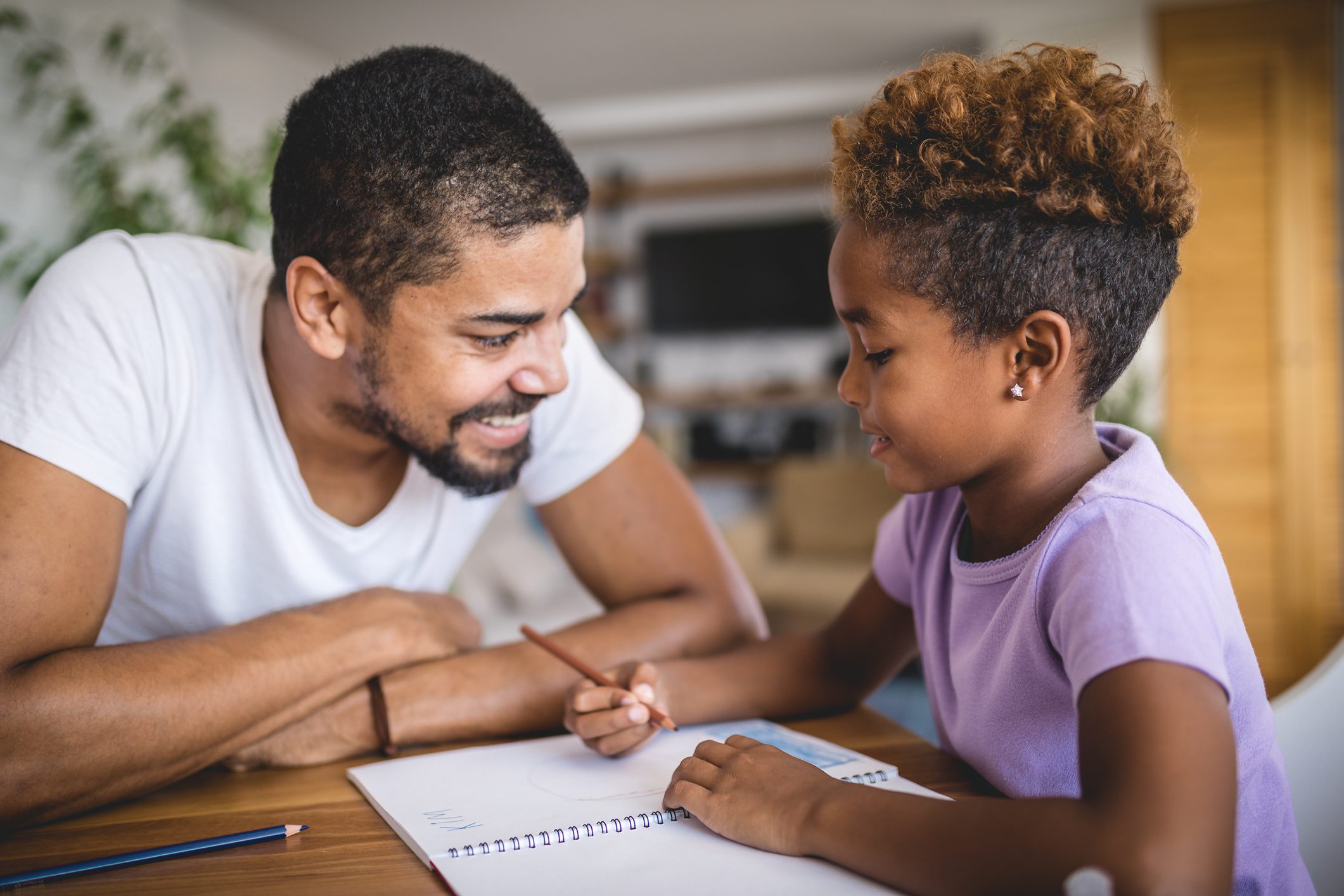 Bad parenting trait #9: You try to be your child’s best friend

Children need parents to be parents—and when parents try to dodge parenting altogether and instead become a friend, the results are disastrous. For toxic parents, this can include dressing like their child, befriending their child’s friends (to an inappropriate degree), and even disclosing too much personal information to their child at a young age. Codependency between a parent and child sets up an unhealthy dynamic in which the child feels guilty for outgrowing the parent (something that is natural and healthy), and the parent refuses to find companions within their own age group. The roles of parent and child need to be firmly in place with clear boundaries in order for a child to feel comfortable and grow to be a mentally healthy adult. Make sure you avoid saying these 8 compliments that actually hurt your kid’s self-esteem. 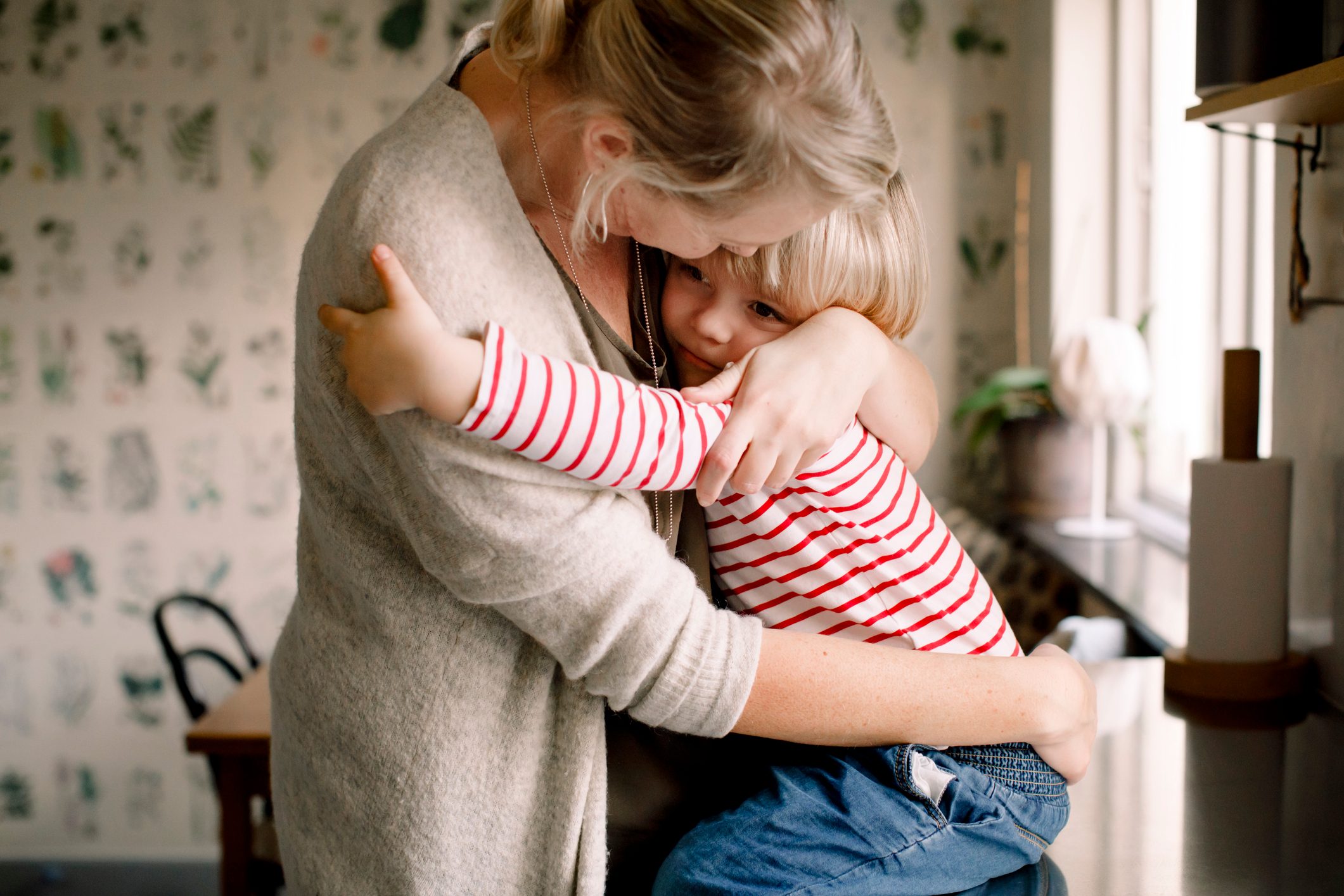 Bad parenting trait #10: You refuse to let them be independent

All parents know that watching children grow up can be a sad but beautiful process full of pride and wistfulness about the past. For toxic parents, however, this process becomes one filled with overbearing caretaking that stunts the natural growth of the child. Children must be able to begin to take care of themselves at a certain age. “Doing everything for your kids is actually a toxic parenting behavior,” Dr. Greenberg explains. “This gives them the message that you don’t think that they are competent and prevents them from developing skills.” As children are able, they should be given age-appropriate tasks, such as feeding the family pet, or helping with the laundry. Your child’s birth order can contribute to varying personality traits and tendencies, so you may have a different approach with each child. 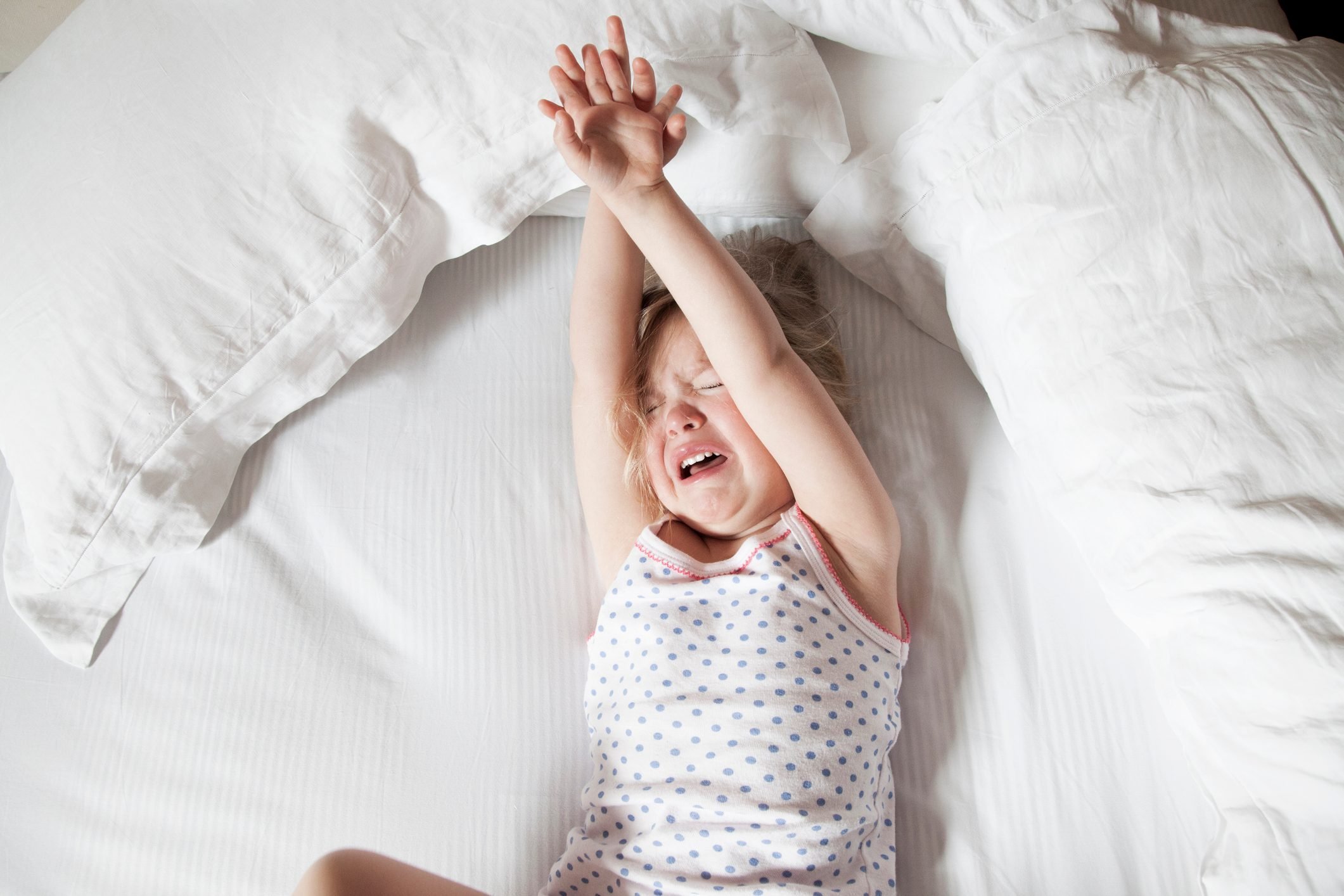 Hearing your child tell you they don’t like you (or worse!) for the first time is hard for every parent. You’ve fed, diapered, and cared for this tiny being since they existed, and it’s hard to hear anything but words of adoration out of those sweet little mouths. While it can sting, it is perfectly natural and a part of a child’s development to assert their independence and separation from parents. Toxic parents tend to take this natural part of growing up personally and take the criticism to heart. This can cause toxic parents to behave immaturely toward their children and hold grudges, give guilt trips, or even give the silent treatment. If you find yourself taking your child’s behavior personally and then reacting irrationally, you might consider speaking with a therapist to explore your own issues that are triggering such a response. Bad parenting also takes a toll on the parent, too. Learn how to make parenting less stressful using these 8 tips.