We bet the busiest airport in the world is not the one you're thinking of! 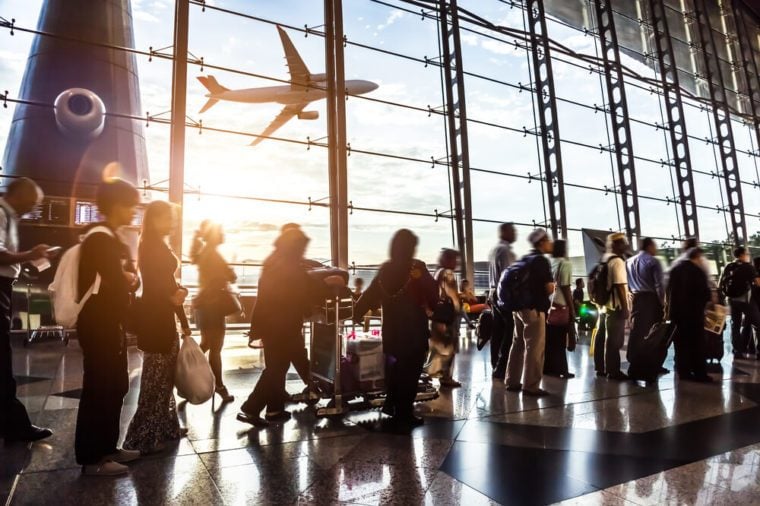 Airports are notorious for long lines and crowds of travelers—especially in some of the world’s biggest hubs. If you had to guess the busiest airport in the world, what would you guess? New York? London? Paris? Beijing?

Here are a couple hints: It’s none of the ones listed above. It’s also an American airport.

Los Angeles International Airport would be a reasonable guess. It saw over 87,000,000 passengers depart and land in 2018, but it’s only the fourth busiest airport, according to Airports Council International. Granted, that could change with time. LAX jumped up a spot in this year, beating out Tokyo’s Haneda Airport by just over 400,000. Though the biggest airport in the world, opening in 2019, could affect the numbers, too.

But the busiest airport in the world, with a whopping 107,394,029 passengers in 2018, is Hartsfield-Jackson Atlanta International Airport. In fact, it has held its number one spot as the busiest airport in the world since 1998. ATL also holds the top spot for the airport with the most takeoffs and landings in the world. Oddly enough, despite its popularity and frequent use, Atlanta’s airport is not part of the most popular flight route in America. No matter which airport you frequent, flying at this time of day can cut down on delays.

Compared to homes of bigger cities, Georgia seems like an unlikely candidate for so much air traffic, but a closer look reveals why it became such a hub. For one thing, if you’re flying from Atlanta, it takes no more than two hours to reach 80 percent of the U.S. population according to the airport’s website. But the bigger secret might have to do with its airlines.

Delta Airlines is the world’s second most popular airline (it was number one until American Airlines merged with U.S. Airways), and its headquarters are in Atlanta. The city even agreed in 2017 not to build another airport over the next 20 years as long as the airline stayed put there. When it comes to profits, both the city and airline have an investment in keeping Atlanta number one. Be sure you aren’t making one of these 16 airport mistakes every traveler makes next time you fly.

Look below for the top ten on the official list for the busiest airport in the world, or visit aci.aero for the top 20.