How Many Candles Are on a Menorah?

Lighting the menorah candles is one of the most common Hanukkah traditions. Even if you don’t know much about the Jewish religion—maybe you’re even asking “What is Hanukkah?”—you probably recognize the candelabras that appear in windows every winter when Hanukkah starts, often with candles in blue and white, the Hanukkah colors.

Jewish people around the world light Hanukkah candles to celebrate an ancient miracle: when Judah Maccabee and his band of warriors successfully fought back against oppression and reclaimed the Holy Temple in Jerusalem. To rededicate the Temple, they needed to burn oil in a candelabra, known in Hebrew as a menorah. They found a tiny amount of oil—enough for just one night, but miraculously, it burned for eight nights. Today, we light menorah candles to commemorate that miracle before we wish each other a happy Hanukkah.

What do the menorah candles mean?

Even though Hanukkah typically falls around the same time as Kwanzaa and Christmas—sometimes generating holiday mashups like Chrismakkuh in multifaith families—there is no other link between these very distinct holidays from different cultures and religions. So while there may be candle-lighting involved in Kwanzaa and you’ll see lit candles as Christmas decor, the menorah candles are distinct.

The candles we light on Hanukkah symbolize the miraculous oil that was found in the temple. Because it burned for eight nights—giving the Maccabees time to find more and properly rededicate the temple—we light candles for eight consecutive nights, with the amount of light increasing each night. Jewish historian Flavius Josephus, who lived in the first century, noted that Hanukkah also marked a victory of light over darkness. Whether he meant that literally, or in the sense that “enlightenment” occurred when the Jews took back their right to worship as they wished, remains a matter of debate.

In modern times, we light one menorah candle on the first night of Hanukkah, plus a “helper” candle, called the shammash. Using the shammash, we light two on the second night, three on the third night and so on, until all nine candles are aglow on the eighth and final night. This is why Hanukkah is often called the Jewish Festival of Lights.

How many candles are on a menorah?

A Hanukkah menorah, sometimes called a hanukkiah, has branches for nine candles—one for each night of the holiday, plus the shammash. According to Jewish law, the eight main branches must all be perfectly aligned, standing at the same height and in a straight line. They must be spaced far enough apart so that one candle’s flame doesn’t join with another’s. The ninth branch, which holds the shammash, should be higher, lower or off to the side.

The use of a nine-branched menorah for Hanukkah probably didn’t begin until at least 250 years after the Maccabees’ triumph, however. Until then, Jewish menorahs had seven branches, like the one used in the Holy Temple. “It was biblically [mandated] in Exodus, with an elaborate description,” says Rabbi Norman Patz, rabbi emeritus of Temple Sholom of West Essex in Cedar Grove, New Jersey, and visiting rabbi of Temple Beth Shalom in San Juan, Puerto Rico.

The passage details God’s instructions to Moses for creating the menorah, specifying the ornate flowers, bulbs and goblets that should adorn it. The menorah was built in the desert so the high priest Aaron could light it daily in the tabernacle (a portable sanctuary) and, later, in the temple. Some scholars believe that the branches represented six types of secular human wisdom, plus one to remind us of the importance of God. Today, seven-branched menorahs are used only for decorative purposes and are not lit.

How do you light a menorah?

On the first night of Hanukkah, we place a candle in the holder farthest to the right. On the second night, we place a new candle where the first one was, plus a second candle immediately to its left. We continue in this manner each night, placing candles from right to left.

Once the candles have been placed, we light the shammash and recite a series of blessings. Then, using the shammash, we light the evening’s candles from left to right, so we are always lighting the newest one first.

To light the proper number of candles each night for the duration of the holiday, you’ll need a total of 44 candles. That said, most boxes of menorah candles include at least one extra in case of breakage.

As important as the candle-lighting tradition is, very young kids may not be able to light the menorah candles themselves. But they can still contribute to Hanukkah traditions by making paper menorahs, dreidels and other easy Hanukkah crafts.

What blessings do you say when lighting the Hanukkah candles?

The first prayer acknowledges that God commanded us to kindle the Hanukkah lights. The second thanks God for the miracles shown to our ancestors. The third—recited on the first night only—thanks God for keeping us alive, sustaining us and bringing us to this season. Some families recite an additional prayer after lighting the candles, a reminder that the Hanukkah candles are sacred.

“We are not permitted to make any other use of them,” Rabbi Patz says. “We light these candles on account of the miracles and wonders that were performed.” So you’d never use menorah candles for reading or ordinary illumination. 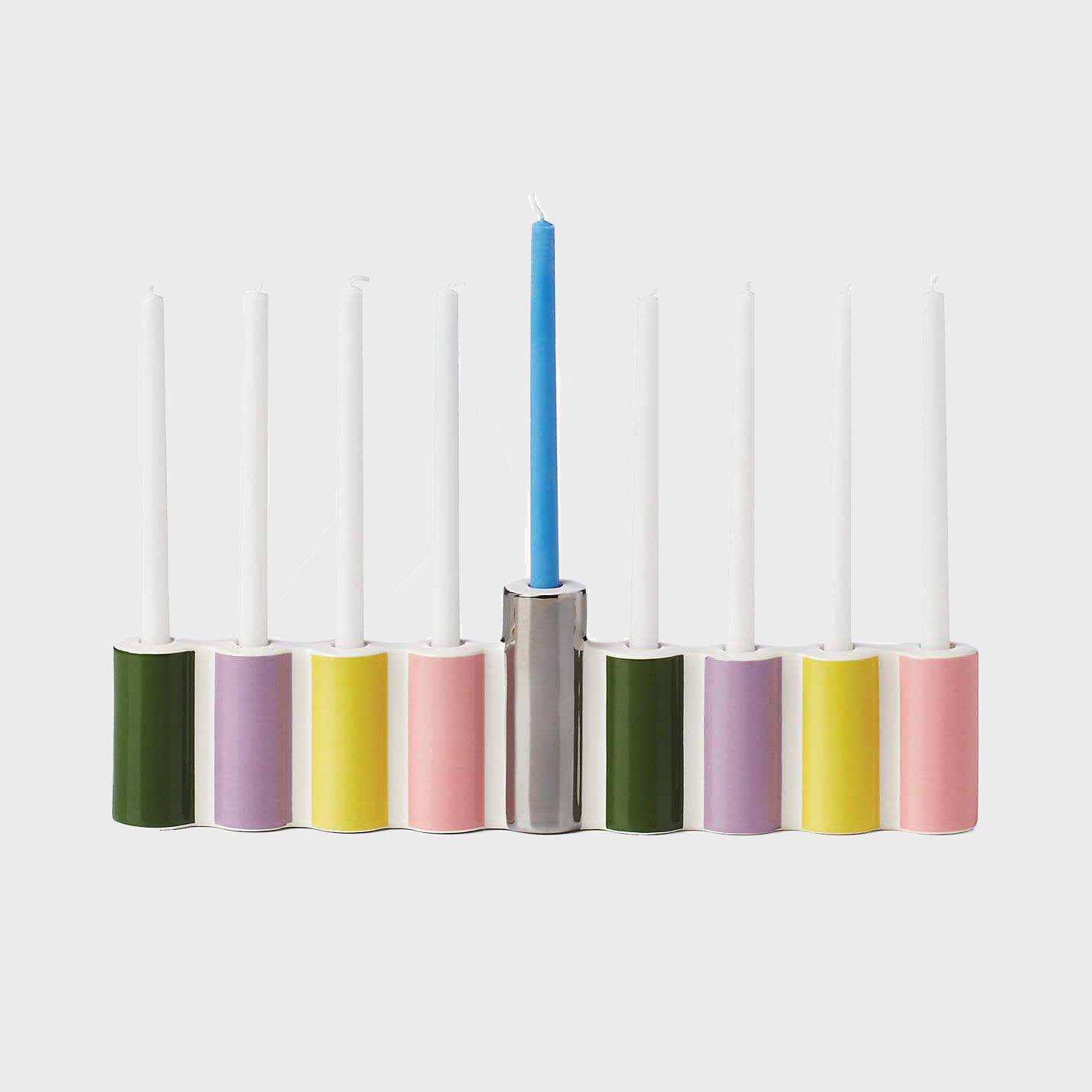 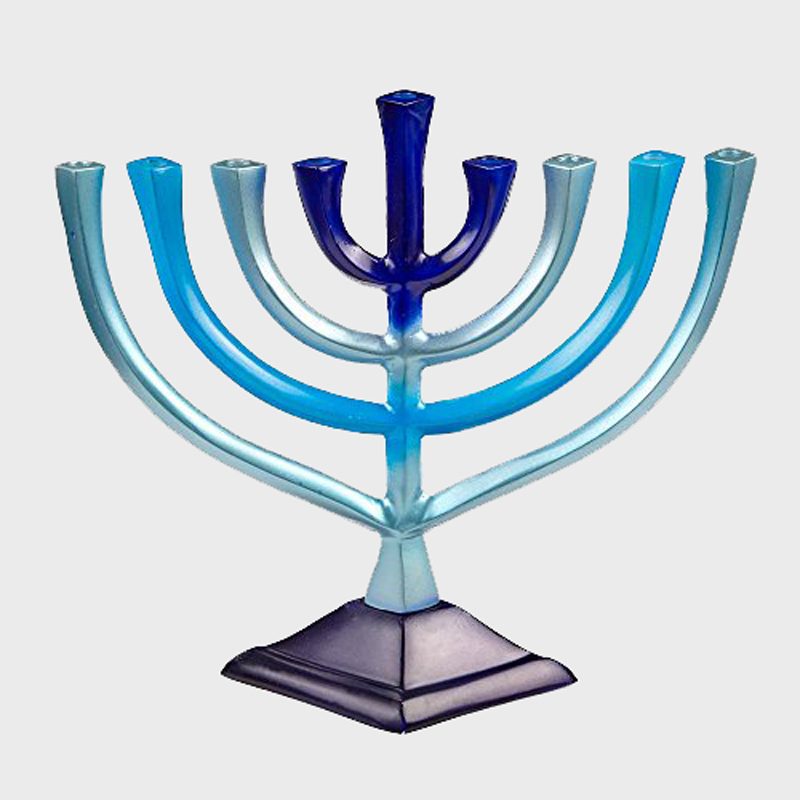 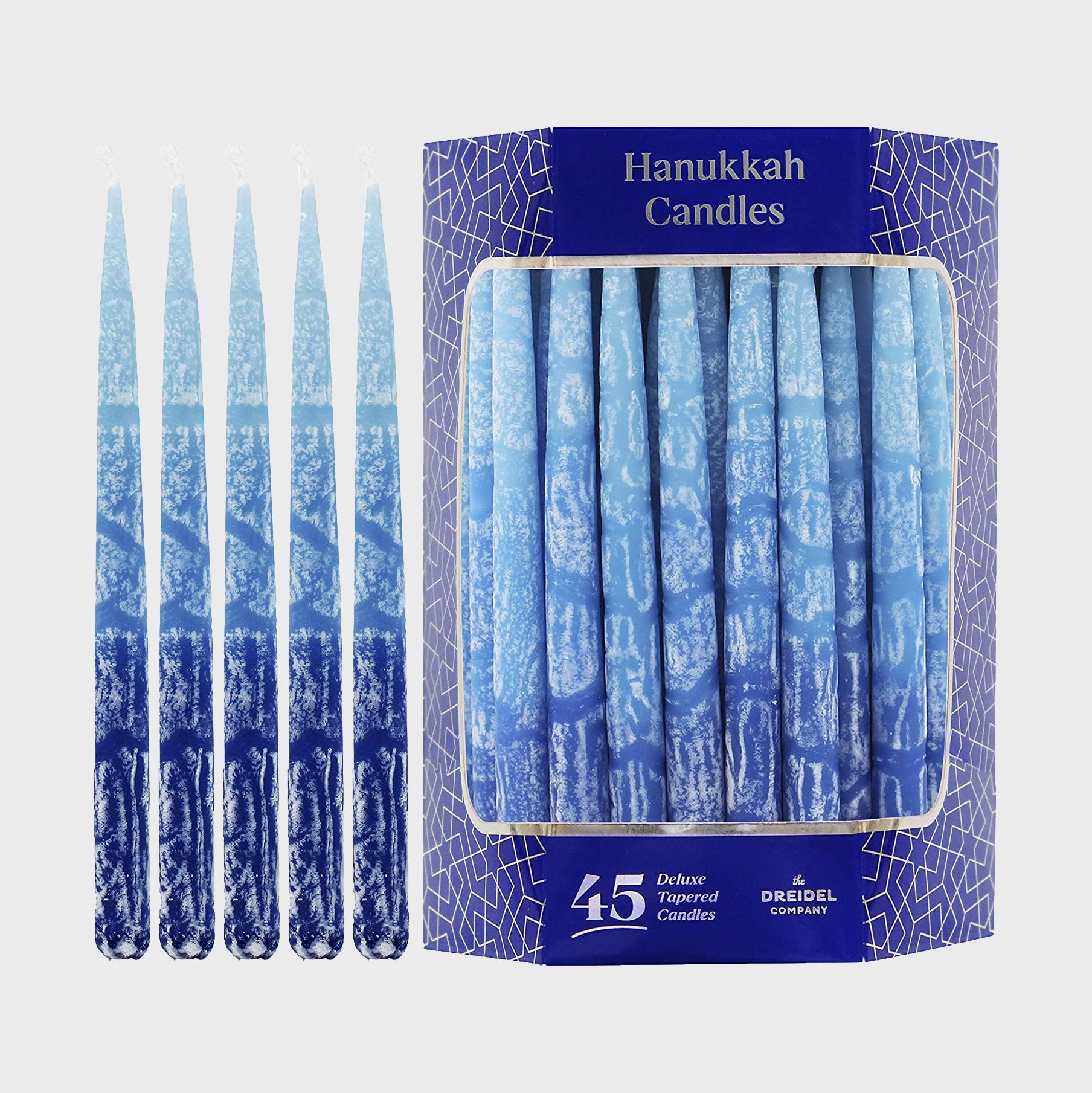 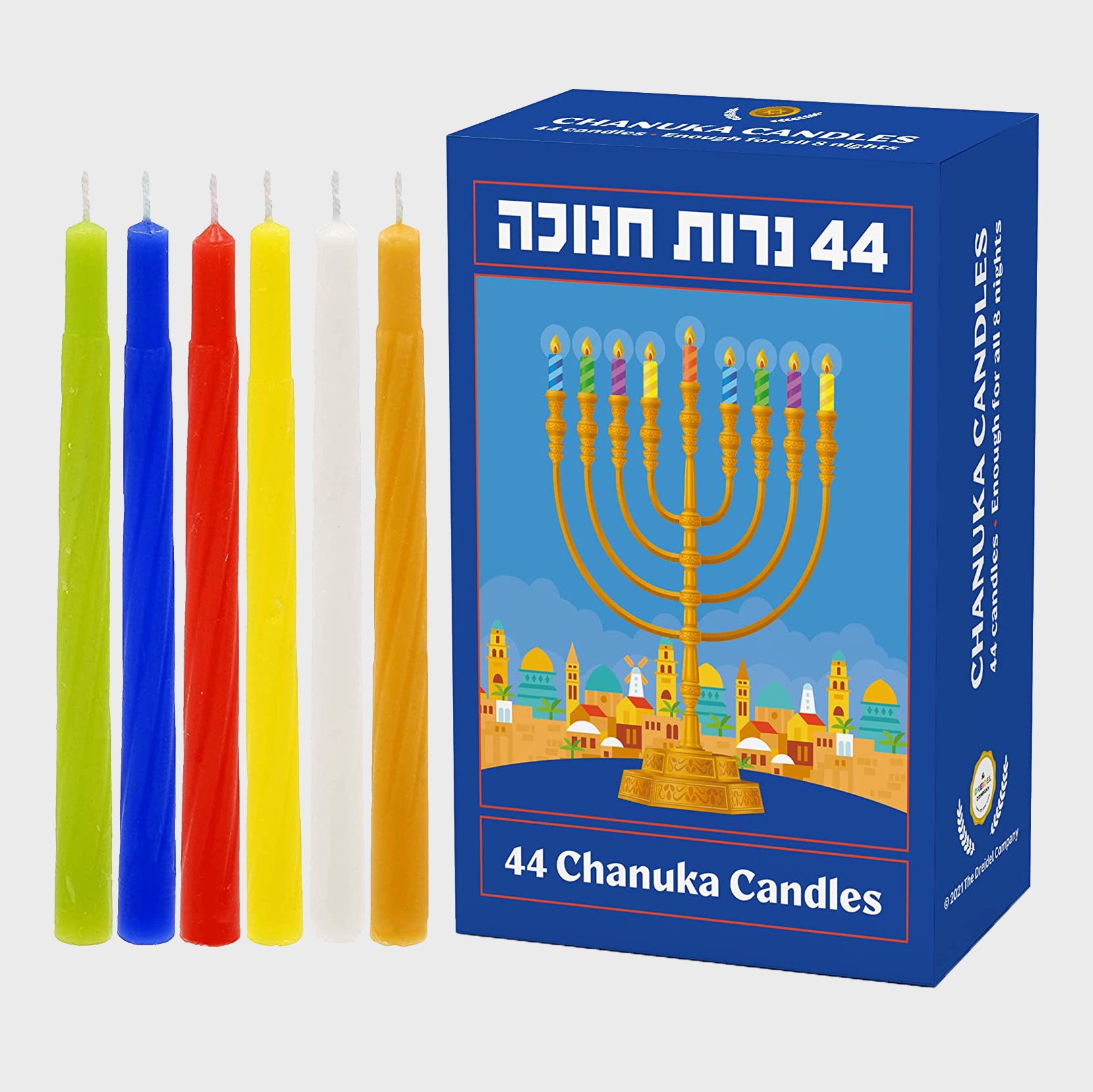 Where do you place the menorah?

Originally, the traditional place to display a hanukkiah was at the front door of the home, facing the street, according to Chabad.org. But at various times during history, when identifying as Jewish was not without risk, the hanukkiah came indoors.

Today, a lit menorah is traditionally placed in a window that is visible from the street. “The Talmud says we are supposed to publicize the miracle,” says Rabbi Patz. Many also see it as a way to proudly announce the freedom to practice Judaism and to share the light of Hanukkah with neighbors. Many families also choose to share the joy by exchanging Hanukkah gifts.

The Meaning Behind Passover

What Is Rosh Hashanah?

A Rally Cry Against Antisemitism

Laurie Budgar
Laurie is a lifestyle writer for RD.com covering current events, finance, technology, and pets. She has spent decades traveling (often solo) around the world, using the latest personal technology, and loving on her pets – and writes about these topics often.
Now Trending

Yes, Chrismukkah Is Real—Here’s What to Know About the Hybrid Holiday
What Are the Colors of Hanukkah, and What Do They Mean?