Here’s What “Defunding the Police” Means to Me

Here’s what defunding the police could look like—and the best arguments from advocates in favor of this approach.

As the nation moves into its first month of direct action following the murder of George Floyd on May 25, the Minneapolis Black man who died in police custody, protestors and pundits have amplified one resonant action item: Defund the Police/Refund the People. For some who are listening, it sounds like an expensive government giveaway. For others, this rallying cry sounds like an appeal for anarchy.

So, what does it mean?

Rest easy: Defund the police and refund the people is not a call for police-free pandemonium, and it is not a sly trick to increase taxes. This movement seeks to increase public safety by using existing public dollars and redirecting those monies toward health, human services and other innovative solutions.

“We need to see a shift from massive spending on police that don’t keep us safe, to a massive investment in a shared vision of community safety that actually works,” says Monifa Bandele, senior vice president of MomsRising. “Rather, investing in health care, mental health services, education, addiction treatment, housing, re-entry support, and food security helps to keep families and communities safe.” Bandele also sits on the Leadership Policy Team of the Movement for Black Lives, a network of over 150 Black-led organizations from all over the country. “Right now, some police budgets exceed the budget for these critical services combined,” she adds.

Bandele says no. “In fact, the data shows that reducing the numbers of police officers and the size of police departments could actually reduce crime,” she reports. “Back in 2014, the New York Police Department staged a halt of aggressive police tactics as part of a protest. But the effect wasn’t what they expected: Crime actually went down when cops took a more passive role.”

Where should the funds go instead?

Additionally, according to The Washington Post, some major cities spend as much as 40 percent of their budgets to fight crime, leaving significantly fewer resources to solve the problems, like hunger. This makes no sense.

Studies like Piquero’s support the core value inherent in Defund the Police/Refund the People. Overspending on police in communities where children’s basic needs are not met will not reduce crime. Instead, reallocating a portion of that money to support families, in areas like health care, for example, reaps dividends that benefit society by reducing crime over the long haul.

No wonder the American Academy of Pediatrics, American Medical Association, and American College of Physicians have all identified police brutality as a public health issue that must be eradicated. 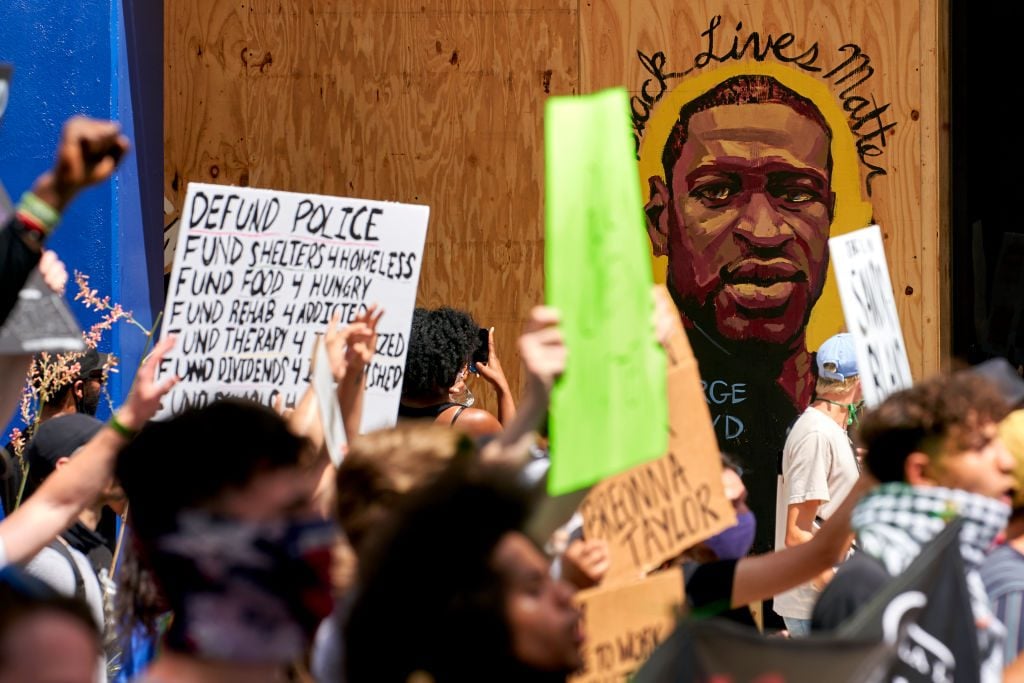 Is Defund the Police an Anti-Police Movement?

Defund the Police is an anti-police brutality movement. Advocates insist that the racism in modern day policing is systemic. After all, the cycle of death has been relentless and exhausting: A child playing with a toy in the local park; another curled next to her grandmother as she watches TV; a young EMT, asleep after a hard day’s work when police execute a knockless warrant in the wrong apartment and fire over 20 shots; a grown man on the ground, with a knee on his neck that slowly kills him as he calls out to his deceased mother.

Today, a Black person in America is three times as likely to be killed by police than a white person. Bandele says Defund the police is an indictment of this systemic violence and the white supremacy that feeds it at the roots.

What about police reform?

Extensive reform efforts have tried and failed, according to Alethea Cheng Fitzpatrick, principal and founder of Co-Creating Inclusion. “For example, the Minneapolis police department has spent millions of dollars on exactly the kind of work that I do as a DEI [diversity, equity, and inclusion] consultant—data gathering, training, policy changes, community dialogues, etc,” Fitzpatrick says. “What I know from my work is that while we can create a lot of change at the institutional level, there are systemic limitations.”

Decades of reform efforts have gotten us…here. We all want the same things: low crime rates, healthier communities, and an end to police brutality. “Defunding the police is not just about taking money away from the police,” Fitzpatrick insists, “it is about redirecting it to other systems such as housing, employment, healthcare, education, etc. that can reduce the need for the police in the first place.”

Is this change starting to happen?

The New York Times recently cited a poll that found 74 percent of Americans support the ongoing protests that started after Floyd’s death. That’s a strong majority of people who want an end to this relentless violence. People are also thinking about where tax dollars—our money—is being spent. The Los Angeles Police Department has a $2 billion operating budget, but the protests have caused Mayor Eric Garcetti to consider moving $150 million of that money to programs that benefit health and jobs. New York City Mayor Bill DeBlasio is also feeling pressure to take $1 billion out of the police department’s $6 billion budget and spend it instead on services such as housing. Americans are signing petitions, like this one in Tucson, and this one in Albuquerque, that call for defunding police departments

But I believe in law and order

Well, the chaos of police shootings doesn’t feel particularly orderly. For example, recently Rayshard Brooks, a Black man in Atlanta, was fatally shot by police in a Wendy’s parking lot.

Are we really safe, are our kids in the car with us safe, when police officers shoot to kill? Wouldn’t everyone be safer if police officers did the hard work of de-escalation? “We want communities to be safe for everyone,” Bandele insists. “In the current system, Black people are not safe, even when dealing with those we literally pay to protect us.” It is, truly, the overwhelming burden of a national tragedy. After the protesting ends, here’s how to keep supporting racial justice.

There is another burden, the burden of paying twice because of bad policing, and this burden does not just rest on the shoulders of marginalized people. Everyone who pays taxes funds the police—and then pays even more when the police they pay engage in misconduct.

Ralph Richardson, an executive producer of American Trial: The Eric Garner Story (and my husband) identifies police brutality as one of the most wasteful expenditures of public funds. “I’ve always asked the question: Why do taxpayers fund bad cops?”

He refers to the inherent waste in a system that does not convict officers in police shootings, as this NBC News article shows. “If a bad cop kills a man illegally, more than likely the cop, thus the system, exonerates itself,” he says. “This pushes the crime into the public realm, which is a civil suit. The family of the man the cops kill usually wins these cases; in 2019 alone, civil suits against cops have cost taxpayers over $300 million.”

This is an egregious amount of money and the line item all Americans, even those who are police officers, should pay close attention to. Why are we, the people, supporting a system that kills its own people, other Americans, to the tune of an additional $300 million?

How does America compare to similar countries in terms of police violence?

Certainly racism and other structural inequalities exist everywhere in the world, and these inequalities impact policing and create disparities throughout Western Europe. The problem of racism in the United Kingdom is acute. And yet, despite very similar problems of white privilege, our country still produces significantly different outcomes in policing. More people die in police custody in the United States than they do in the United Kingdom. In fact, America far exceeds the rest of the world’s wealthy, freedom-loving democracies in its extremely high rates of police violence. Just check this stunning graph posted by CNN. 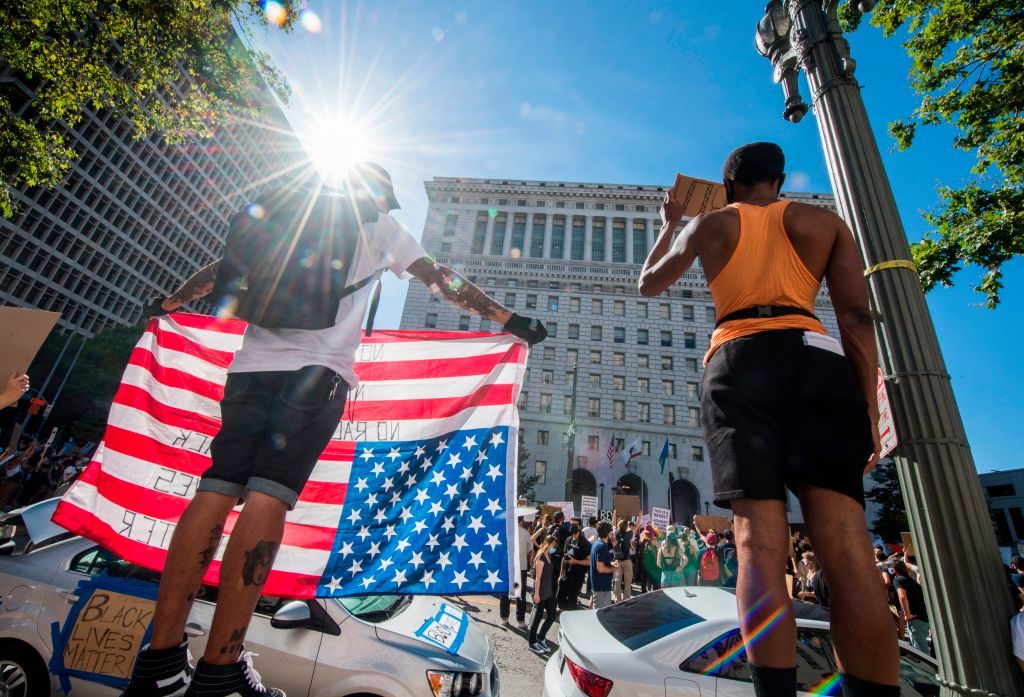 The police respond to 911 calls to manage mental health and substance abuse problems, even when no crime has occurred. Why? There’s often no one else to contact for rapid-response help in a crisis.

Back in 2014, the American Psychological Association shared data from a report that found “64 percent of jail inmates, 54 percent of state prisoners, and 45 percent of federal prisoners” have mental health concerns. The same report found “substance abuse is also rampant and often co-occurring.”

Imagine a new system, where health care workers trained and equipped for rapid response could be reached via 911, or even a number like 511. Instead of armed cops barely trained to understand these wellness problems, unarmed support teams arrive to support individuals in crisis and, instead of jail, transport them to facilities where they can receive evaluation and treatment.

For more than three decades, the city of Eugene, Oregon, has reduced costs and decreased violent encounters with the police through a mobile crisis intervention program. Instead of police, residents can call a medic and crisis worker for help for people struggling with mental illness, substance abuse, and/or homelessness.

With an infusion of resources diverted from punitive police forces, cities could use the Eugene model to offer wellness opportunities that produce healthier outcomes that benefit everyone. Several European cities have also implemented some version of the Defund the Police model that Americans have taken to the streets to demand.

Let’s work together to solve the problem

From Paris to Pretoria to Taipei to Toulouse to Monrovia to Mashhad to Stockholm to Sydney to Seoul to London to Istanbul to Bethlehem and Jerusalem, the world has let loose one loud cry for justice in the murder of Floyd. In many of these cities, local people have added their own Indigenous, migrant, or other marginalized groups to their appeal for equity and inclusion.

This is a turning point, an opportunity for all of us here in America to reimagine society. If the country could be made safer, better, and finally offer equal justice for all, then let’s continue to educate ourselves by listening to these podcasts about race and read these essential books about racism so we can move forward—together.

Next, donate your money or time to one of these 14 charities and organizations that need your support right now.

12 Expressions That Are Actually Racist 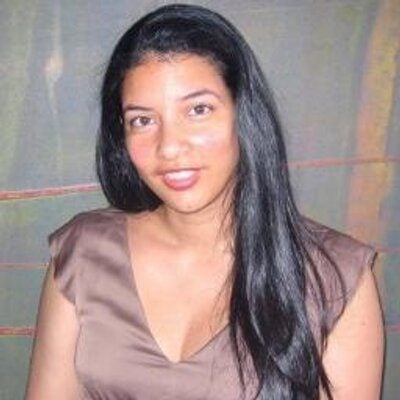 Eisa Nefertari Ulen
Eisa Nefertari Ulen is the author of Crystelle Mourning (Atria), a novel described by The Washington Post as “a call for healing in the African-American community from generations of hurt and neglect.” She is the recipient of a Frederick Douglass Creative Arts Center Fellowship for Young African-American Fiction Writers, a Provincetown Fine Arts Work Center Fellowship, and a National Association of Black Journalists Award. Her essays on African-American culture have been widely anthologized, most recently in Who Do You Serve? Who Do You Protect? (Haymarket), which won a Social Justice/Advocacy Award in 2017. She has taught literature at Hunter College and The Pratt Institute and is a founding member of ringShout: A Place for Black Literature. She has written for The Washington Post, Essence, Ebony, Ms., Health, Parents, Los Angeles Review of Books,TheHollywoodReporter.com, The Huffington Post, Pen.org, The Root, Truthout, The Defenders Online, The Grio, and CreativeNonfiction.org. She lives in Brooklyn with her husband and son.