How to Fold Towels, According to the Folding Lady

TikTok's organization sensation gives us the rundown on how to fold towels the right way.

When Sophie Liard launched her TikTok in 2020, it was meant to be a hobby during the lockdown. The United Kingdom-based creator started out in retail, folding clothes in a department store. Now she dispels handy hacks to the masses—everything from how to fold towels to how to fold fitted sheets, blankets, jeans, delicate knits, and more. After two years at the gig, she has amassed more than 4 million followers on the app, another half a million on Instagram, earned the nickname The Folding Lady and is publishing a book, The Folding Lady, this April.

So what’s the secret to her wildly popular how-tos? She shows simple, clever, easy-to-follow (and quick!) solutions that tackle tidying up without the tedium. It’s the same angle she takes in her forthcoming book, which illustrates how to fold pretty much anything: boxers, pants, socks, bedding, towels, even napkins and wrapping paper. As with Marie Kondo’s folding, the result is a peaceful space with an added benefit of inner joy. “For me, it’s been a great way to take some control back in my life. There can be a real mindfulness side to folding clothes,” Liard says, adding that it can be a “life-changing way of thinking.”

Folded towels for a calming space

Among her viral TikToks, there are two videos on how to fold towels that each have more than 30 million views. “One of my followers saw it on a TV channel in a gas station in the U.S., which blows my mind and was so fun to hear,” Liard says. Her guess as to why they’re so popular? Most people aren’t familiar with the fold she uses, the “ranger.”

Towels folded in this style work well with the best closet organizers and linen closet organization tools, but they can also become part of your bathroom decor when kept out for show. “I think towels have always been stored in a cupboard and only on display in spas, but they are such a great home display to have out for everyone to see,” she says. “Towels make a lovely display in your bathroom, giving a calming spa feel to a space.”

According to Liard, the quickest and easiest way to fold a towel is her “thirds and thirds again” method, which stacks well. But the fan-favorite (and most-viewed) is the ranger. No matter how you lay it out, follow the below steps to get tidy towels in seconds.

How to fold towels using the “thirds and thirds again” method

♬ This Is What You Came For (feat. Rihanna) – Calvin Harris

1. Lay the towel vertically on a flat surface, tag side up.

2. Fold the short side closest to you inward until it’s two-thirds of the way to the opposite edge.

3. Fold the short side at the top toward the far edge. About a half-inch of towel should hang over the folded edge—it’ll keep the edges of the finished, folded towel nice and clean. At this point, you should have a smaller, horizontal rectangle.

5. Fold one of the short sides two-thirds of the way to the opposite edge.

6. Fold the other short side toward the opposite end.

7. Turn over your folded towel to reveal a neat rectangle.

How to fold towels using the “ranger fold” method

1. Lay your towel vertically on a flat surface. If you’re folding a large towel (like a bath towel), fold it in half. For hand towels, dish towels, and other smaller towels, keep it flat.

2. Make a small fold from the bottom (the side nearest you), turning under a section of towel about the width of your palm.

3. Fold one long side to the middle.

4. Fold the other side toward the opposite end, overlapping the folded section and stopping about a half-inch before the edge of the towel.

5. Starting from the top, fold down to the bottom. The number of times will depend on the size of your towel.

6. Turn over the towel, and you will see you’ve created a pocket. Unfold this, then fold it over the towel to secure everything in place, like a neat package. The result is a compact square shape that won’t unravel.

How to fold towels using the “ranger roll” method

1. Lay the towel vertically on a flat surface, tag side up.

2. Make a small fold from the bottom (the side nearest you), turning under a section of towel about the width of your palm.

3. Fold one long side two-thirds of the way inward.

4. Fold the other long side inward, overlapping the folded section and stopping about a half-inch before the edge of the towel.

5. Starting from the top, roll the towel to the bottom in a straight line.

6. You will see you’ve created a pocket. Unfold this, then fold it over the towel roll to secure everything in place. The result is a compact, tucked roll that won’t unravel.

How to fold towels like a hotel or spa

1. Lay your towel horizontally on a flat surface, tag side up.

4. Turn the towel. Be careful that it doesn’t unfold.

5. Start to roll from the straight edge towards the point.

6. To secure the fold, tuck the point into the edge of the roll.

You have questions about towel folding (don’t we all?), and Liard has answers. Read on for more towel-folding how-tos.

Does the size matter?

All folding methods work with all sizes. That said, if you’re ranger rolling or folding larger towels, like bath and beach towels, you’ll need to fold them in half first.

What side should the towel be folded on?

Most towel folds start facedown, tag up. Liard’s advice: Try the fold, and really look at the finished product. Is that the part of the towel you wanted to see? If you’re folding a towel with a printed or woven hem, can you see the detail? Once you assess the end product, you’ll know how (and at which stage) to tweak your fold. Detailing, in particular, will require some creativity on your part since it tends to differ from one towel to the next.

Is it better to fold or roll towels?

There’s no right or wrong method here. It’s a matter of personal preference and is dependent on the space the towels are living in—linen closet versus bathroom versus clothes closet—and the aesthetic you want to achieve. Washcloths, for example, look great rolled and stored upright in a basket—they’re accessible and visually appealing. Bath sheets, which are larger than bath towels, look nice and uniform when ranger folded and stacked on a shelf. And they provide nice texture when combined on a shelf display with bathroom essentials like fragrance and soaps.

Your choice of fold may be motivated by circumstance too. If you have guests staying over, you can practice how to fold towels like a spa, then wow ’em with your fancy towel rolls.

What is the best method if you don’t have a lot of storage space?

A ranger roll creates a nicely sealed towel that will store in a small closet or bathroom without unraveling. To save space, Liard recommends placing folded towels in baskets. Containing them gives you many more options when it comes to storage and closet organization.

Before you start your organization journey, learn how to clean a bathroom and how to clean out your closet. If you plan on storing your towels in your clothes closet, brush up on these walk-in closet organization ideas. 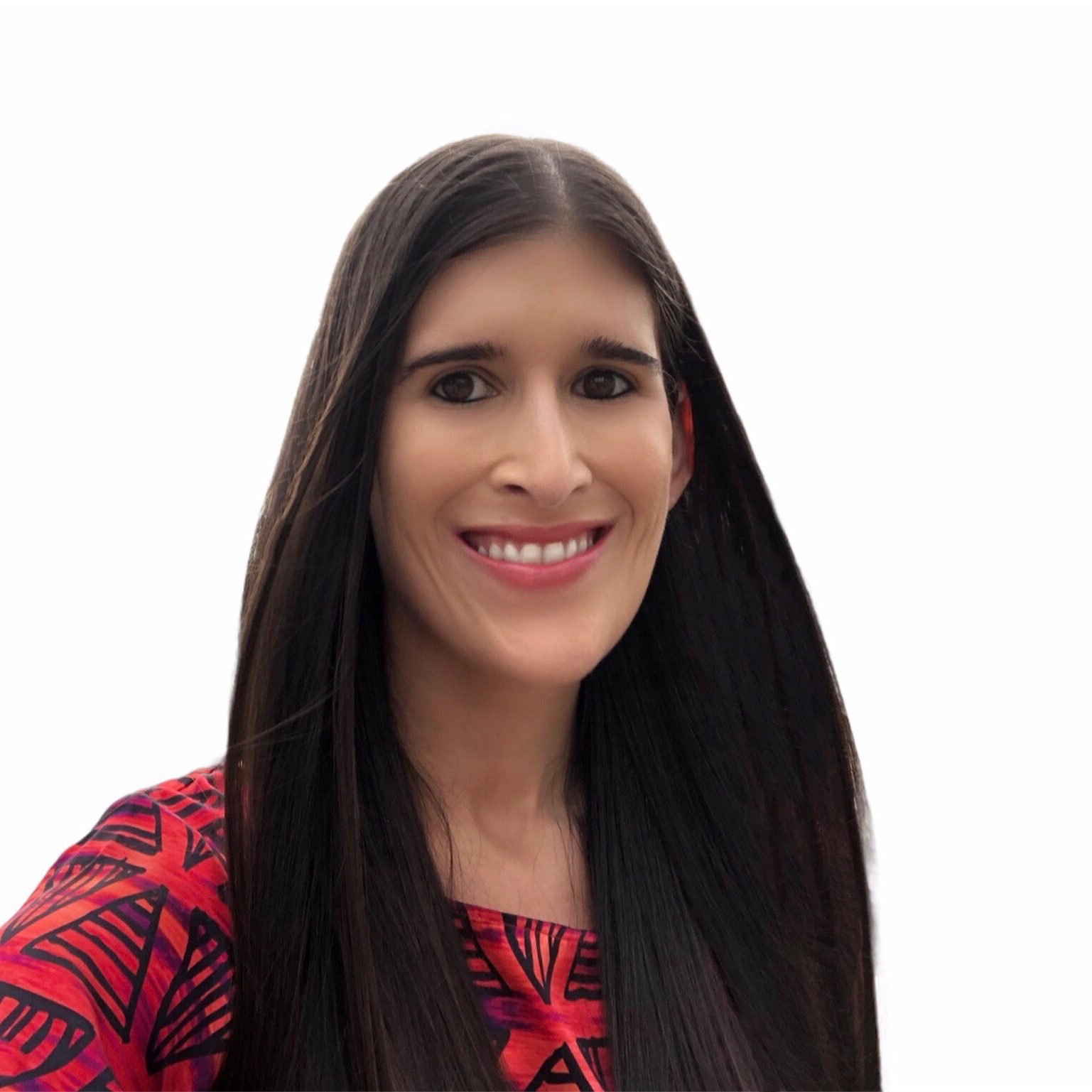 Rachel LeWinter
Rachel is a New York City-based writer, editor, and style expert. She served as the Fashion Director at a national magazine, and has spent more than 15 years styling celebrity cover shoots, writing editorials, and finding the best products you never knew you needed. At RD.com, she covers fashion, beauty, gift guides, and various other lifestyle topics.
Now Trending
The Reader’s Digest Book Club: Your New Favorite Book Awaits
Marie Kondo Folding Guide: The Ultimate Guide to How to Fold Clothes and Save Space

10 Things People with Organized Garages Have in Common