Here’s How to Keep Cats Off Counters

Cute as it may be, your kitty's counter surfing is also kind of gross. Follow these tips to keep your cat off your counters.

Cat behavior is both wildly entertaining and, at times, perplexing. Even the most in-tune owner has to wonder why cats knock things over, why cats love boxes or why cats meow at people but chirp at birds and squirrels. What cat lovers do know is that kitties crave spaces with bird’s-eye views to observe their world—you know, like kitchen counters. But if you’re trying to keep foods toxic to cats away from your little lion, or you’re just fed up with constantly cleaning your kitchen to get rid of cat hair and little pieces of cat litter, here’s how to keep cats off counters for good.

It’s a curious conundrum: Why do cats hate water yet jump on kitchen counters to play with a dripping faucet? An even more puzzling question: Why do cats like to hang out on our countertops in the first place?

“Cats are both predators and prey, so being able to survey their territory from above keeps them safe from predators and allows them to spot prey to catch,” says Samantha Bell, a cat expert with Best Friends Animal Society. That’s understandable, but domestic cats don’t have to catch their food, and they certainly don’t have to worry about predators, so why do they like to be up on the counter so much?

“Counters are so attractive to cats because they’re up high, sturdy, right in the middle of the action and full of food,” Bell says. (Which may be one reason your cat licks you when you’re making a meal—it smells food on your hands.)

Your actions can reinforce this counter-jumping habit. If you pet and talk to your cat while it’s on the counter, it’ll quickly learn that this is a place where it can get attention, says Ragen T.S. McGowan, PhD, an animal behavior scientist with Purina. “Many cats will jump up on the counter just to be close to their human family members,” she says.

Can you train a cat to not be on your counters?

Absolutely, but there are two vital cat facts you should know when it comes to how to keep cats off counters, Bell says. To start, you can’t extinguish instinctive behaviors, like climbing high to be near the action.

Furthermore—and this is a biggie—punishment doesn’t work. In fact, it can even cause cat anxiety and destructive behaviors.

How to keep cats off counters

Here are a few ways you can teach your kitty to stay off your counters for good.

You can train a cat to do a lot of things, and yes, staying off the counters is one of them. Here’s a critical question to ask when figuring out how to keep cats off counters: What is your cat’s reward for counter surfing?

We know our feline friends hop on countertops to get food and attention and to socialize with humans. Maybe your cat is motivated by one or all of those factors. Or maybe it loves watching birds out the kitchen window. Whatever the case may be, you can train a cat to stay off the counters by removing rewards and positive reinforcement, McGowan says.

Let’s say your cat is curious about the water dripping from the sink faucet, likes to watch birds out the window or wants to nibble on food left on the counter. “Remove the reward by drawing the shades, fixing the faucet or removing food from the countertops when possible,” says McGowan.

And don’t fall into the trap of rewarding this bad behavior. “For many cats, even the act of picking them up off the counter is rewarding and thus reinforces the behavior,” says McGowan. Think about it: Your cat may rub against you while it’s on the counter and purr when you pick it up—both ways cats show affection. When you pick it up, you’re giving affection and attention and essentially telling your cat that climbing on the counter is a good way to get cuddles.

Your cat may be climbing to get your attention, but before you give in and pet it, redirect its attention from the counter. “If their motivation is touch [being picked up or petted], then tossing a treat or toy and petting them only after they are on the floor can help to redirect them,” says McGowan.

As tempting as it is, don’t pet your cat when it’s on the counter, as this can inadvertently reward the behavior. Instead, call your cat to another part of the kitchen before giving it a treat or toy. Otherwise, McGowan says, it might learn a new trick: “If I get on the counter, Mom or Dad will throw a treat.”

Consistently provide the rewards when your cat is not on the counter, and it’ll learn that being in other places gets it a reward, according to McGowan.

Teach it that counters are boring

It’s the old switcheroo! With this technique, you’re training your cat to choose a new place to hang out, one that’s still at the height level it prefers. Place a tall chair or stool near the counter, then reward your four-legged friend each time it sits there.

We know what you’re thinking: This sounds counterintuitive. Won’t the cat use the barstool to jump onto the counter? “Yes, but they were getting on the counter anyway. The point is that you only reward them when they’re on the stool,” says Bell. “When you catch your cat on the stool, reward them with something of great value to them.”

Don’t place the cat on the stool yourself. But you can lure it up to the stool by putting treats on it. If your cat jumps up on the counter during this training phase, play it cool. Remember, some cats have learned that being picked up from the counter means they’re going to get affection and cuddles. “Don’t say anything. Don’t look at them. Just quickly and gently set them on the ground,” says Bell.

The goal is to show your cat there is nothing exciting about being on the counter. It only gets rewarded when it’s on the stool or high chair. “They learn quickly which location gets rewarded,” Bell adds.

Granted, training takes some time and patience, but once cats realize rewards come when they’re on the barstool, you’ll have cat-free counters, Bell says. Once your pet nails the behavior, you can stop giving it treats every time it gets on the stool. “That could cause a slot machine behavior effect of ‘I’ll keep trying until I win,'” she says.

You’ve probably heard the saying “location, location, location.” It tops the wish list of most hopeful home buyers. For cats, that location is vertical. “Cats are drawn to high places to perch and survey the world, as they feel more secure from a high vantage point,” McGowan says. You can satisfy their desire for elevated living without sacrificing your clean countertops.

For a simple and free option, Bell suggests putting a nightstand close to a dresser so your cat can easily jump to the dresser. Make it extra comfy and put a cozy blanket or cat bed on top of the dresser.

You can give your cat a bird’s-eye view with products that put it at eye level with the action—wall shelves and bridges, window seats perfect for cat naps and cat trees with built-in scratching posts, toys and plush hideaways. 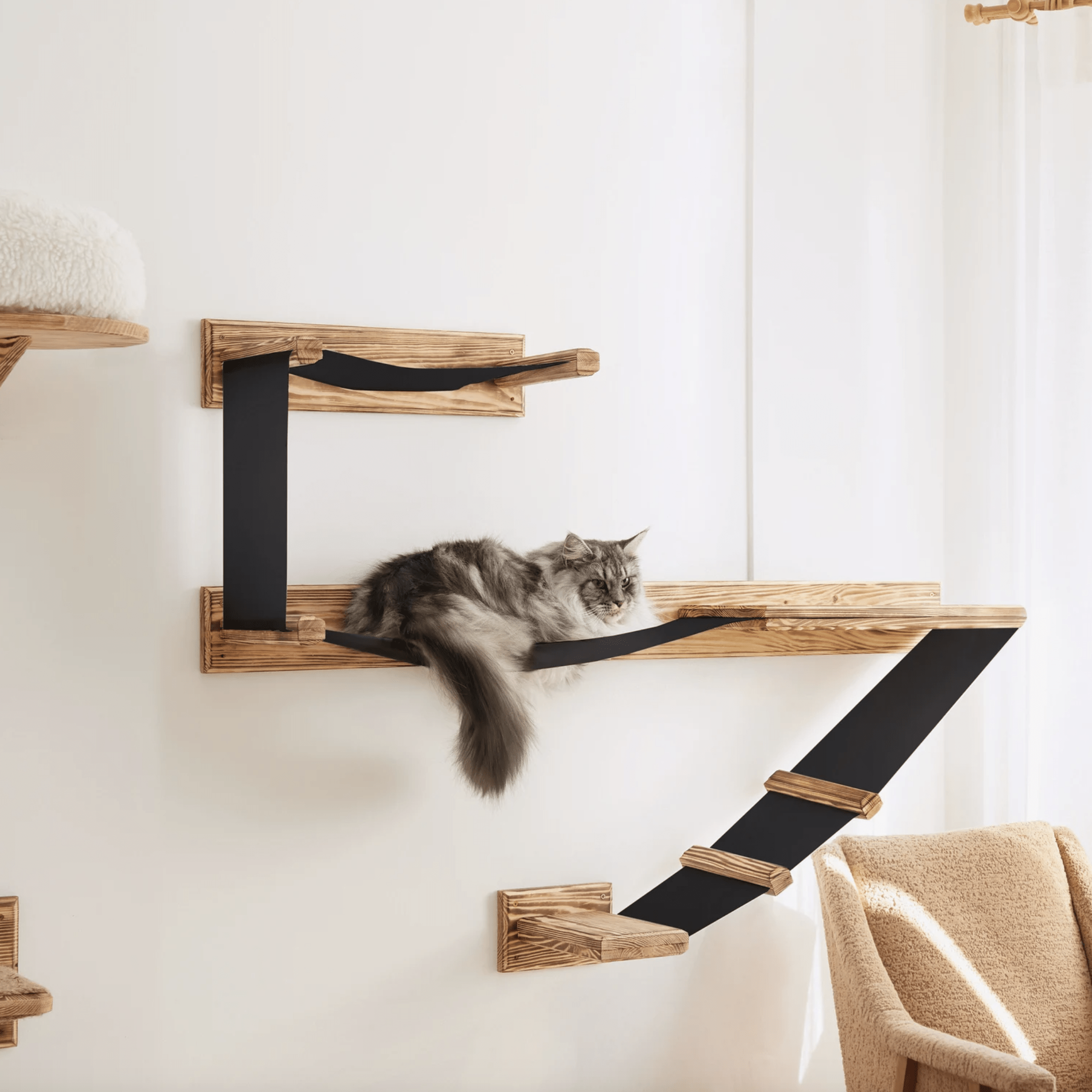 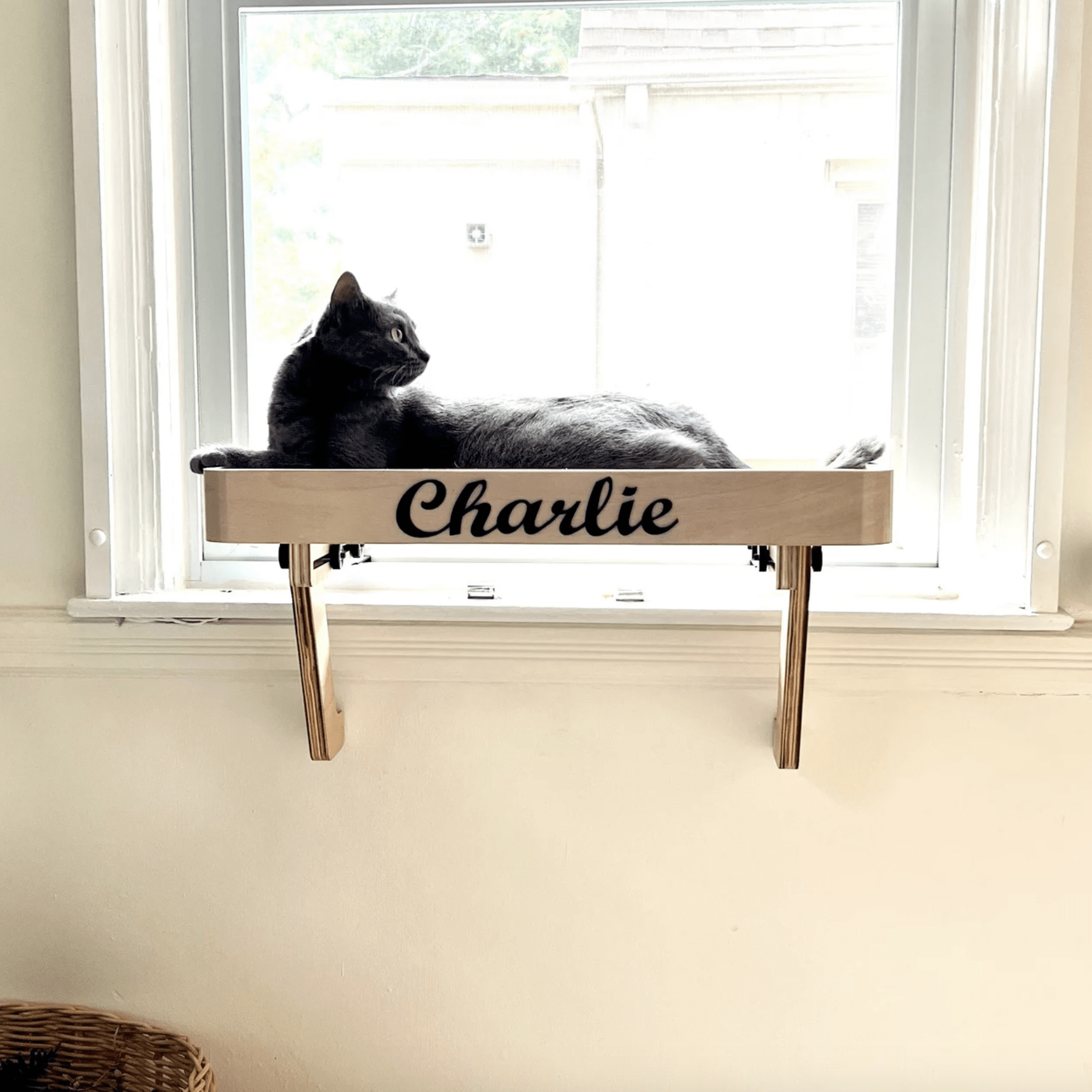 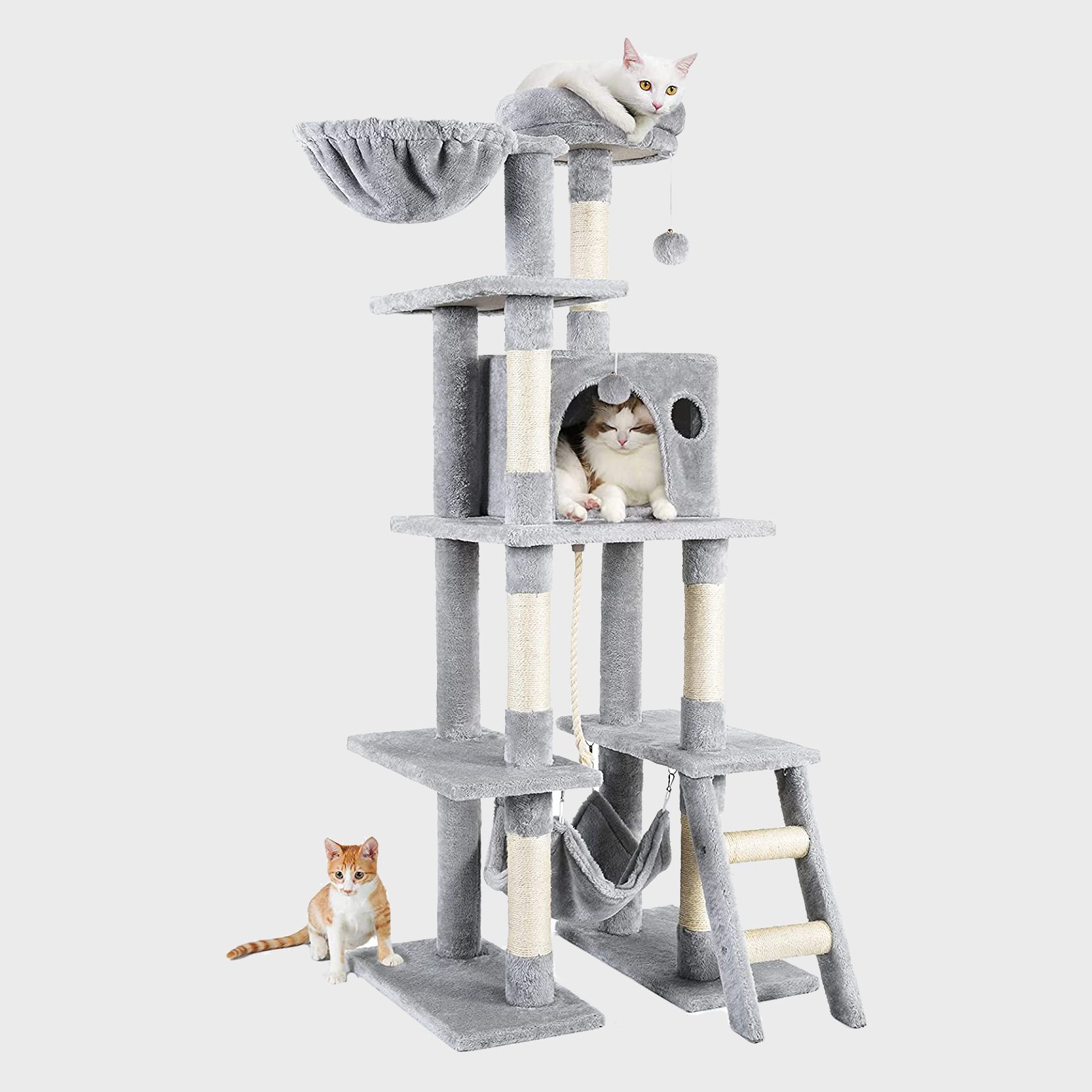 Why Are Cats Scared of Cucumbers?

Why Do Cats Eat Grass?

Why Do Cats Love Laptops?

Have Cruises Recovered from the Pandemic?