Want to be more likable? Buy yourself a gift and skip the Tylenol. 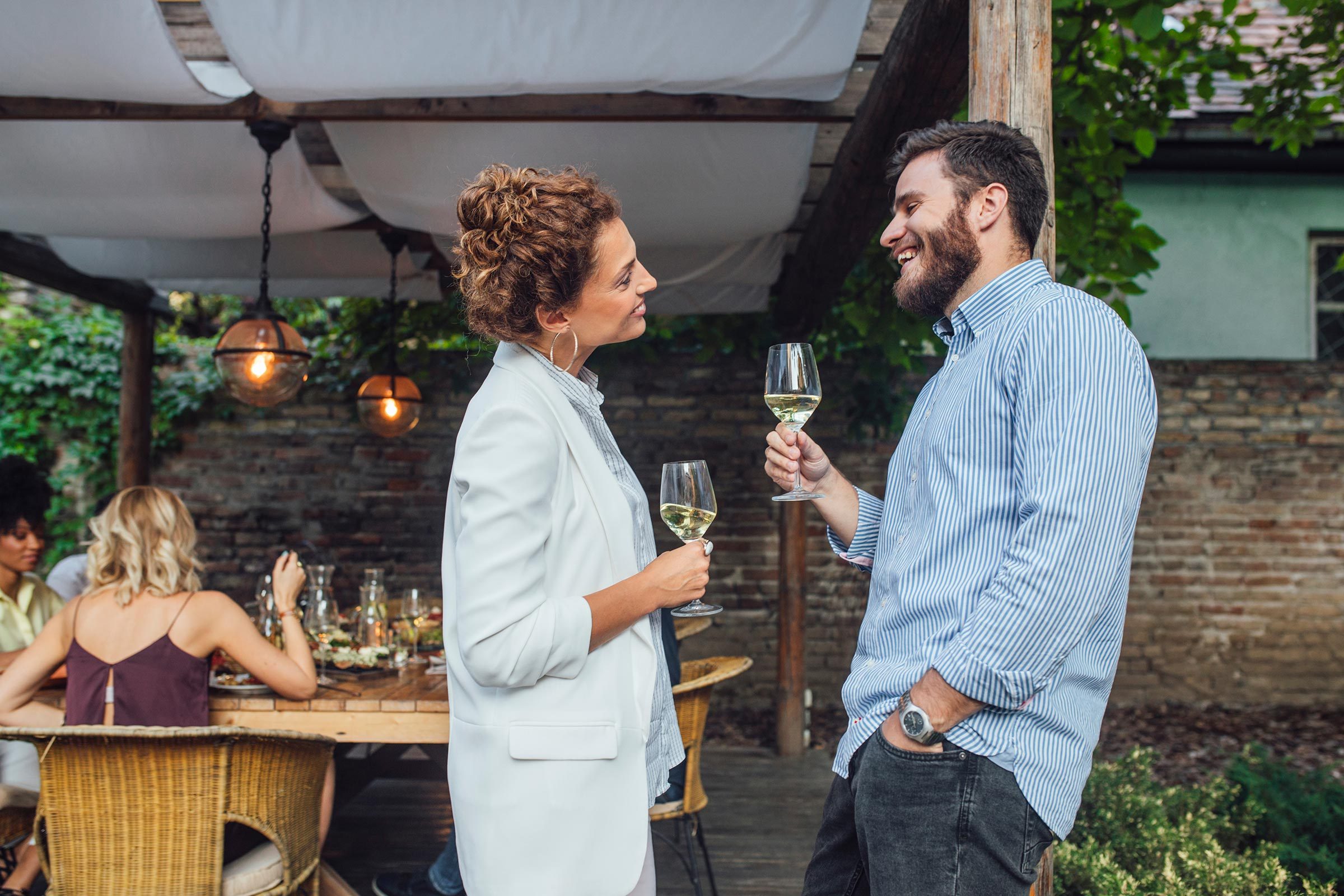 Strong, consistent—but not creepy!—eye contact immediately makes you seem more approachable, friendly, interested, and likable, according to research done by Northwestern University. In fact, the amount of eye contact made was the most important factor in how likable the person was perceived by others, they found. Hint: This tip can work with dogs and cats, too — eye contact is one of 28 ways to say I love you to your pet!

When you buy a friend a gift, get yourself one too

People are attracted to others they perceive as being like them and one way to show similarity is to have the same taste in things, according to a study published in the Personality and Social Psychology Bulletin. People who gave someone a gift with a card that said “I hope you like this! I got myself the same one too!” were seen as more likable than if they gave the gift with a neutral card like “Hope you enjoy!” And hey, it’s a win/win—you both get something fun! Never know what to buy someone? Try these 10 strategies for picking the perfect present.

Shut up your inner critic

Too many people assume that there’s something wrong with them, that they “just aren’t likable,” says Julie C Kull, LCSW, a therapist at Kull Counseling, LLC. But the problem isn’t you, it’s the way you’re thinking about yourself, she explains. This negative thought can turn into a cycle where you think you aren’t likable so you act like people won’t like you and then they fulfill your expectations, she says. Instead, challenge that thought and look for evidence that people do like you, she says. For more tips on how to increase your self-confidence, check out these 14 things confident people never do.

Nod along while someone is talking

Nothing makes you less likable than if you appear as if you’re not paying attention to the other person. One way to show your interest without interrupting? Nod every once in a while while they are speaking. People who nodded increased their likability by about 30 percent and their approachability by 40 percent, according to a study published in Perception. This is just part of being a good listener, one of the 36 life skills everyone needs to have.

Subtly mimic the other person’s behaviors

Fact: We like those who are like us. One way to signal that you are similar to someone else—and instantly make them like you more—is to lightly mimic their behaviors, according to a study published in Psychological Science. No one is saying to totally ape the other person but adopting a similar posture, gestures, or speaking style can help you appear more likable. 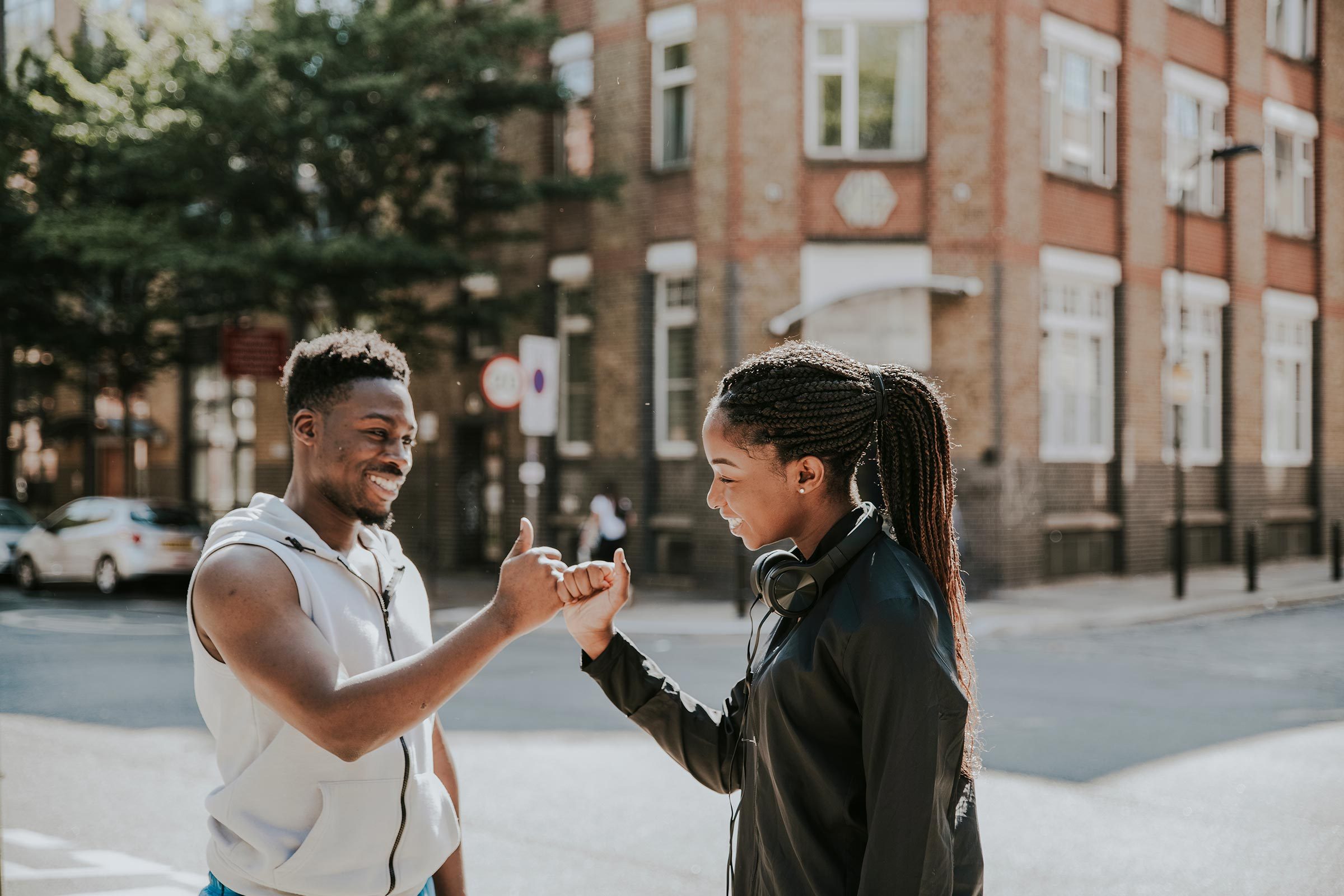 Giving someone a pat on the back, a handshake, a high five, or a light touch on the arm can make you appear more empathetic and likable, according to the Northwestern University study. But there’s a trick: Any more than three touches appeared forced and had the opposite effect, making the person doing the touching seem suspicious and less likable.

If you’re happy and you know it—show it! People automatically like happy people, according to a meta-analysis published in the APA’s Psychological Bulletin. When people feel happy, they appear confident, optimistic, and energetic, which makes others find them instantly likable, they found. Not feeling particularly cheery? Try one of these 50 tiny changes that will make you a happier person.

Let your feelings fly (a little)

Allowing yourself to be vulnerable by allowing some of your feelings to come through when you’re talking can make you more likable, according to a study done by the University of Washington. Sympathy is a very basic way in which we are connected to other people, and showing emotion allows others to sympathize with you, they explained.

People who ate healthily were seen as more disciplined in general but were also presumed to be less likable, according to a study done by the University of Helsinki. It may be that adhering to a strict diet may make others feel judged (regardless of whether you actually are). Plus, eating is a social activity. You don’t have to binge junk food but if you want to fit in with others, let yourself enjoy a social treat every now and then.

Build other people up

Find something to compliment about other people, even if they aren’t in the room at the time—not only will it build others up but it will make you seem more likable as well, according to a study published in the Journal of Personality and Social Psychology. “Seeing others positively reveals our own positive traits,” the researchers wrote. Does building others up make you feel less than? Use these 11 tips to stop comparing yourself to others.

Engaging in gossip about others may make you feel like you’re part of the popular crowd but it may make you seem less trustworthy and likable overall, according to the JPSP study. “What you say about others, says a lot about you,” they wrote. Instead, keep your focus on the positive. 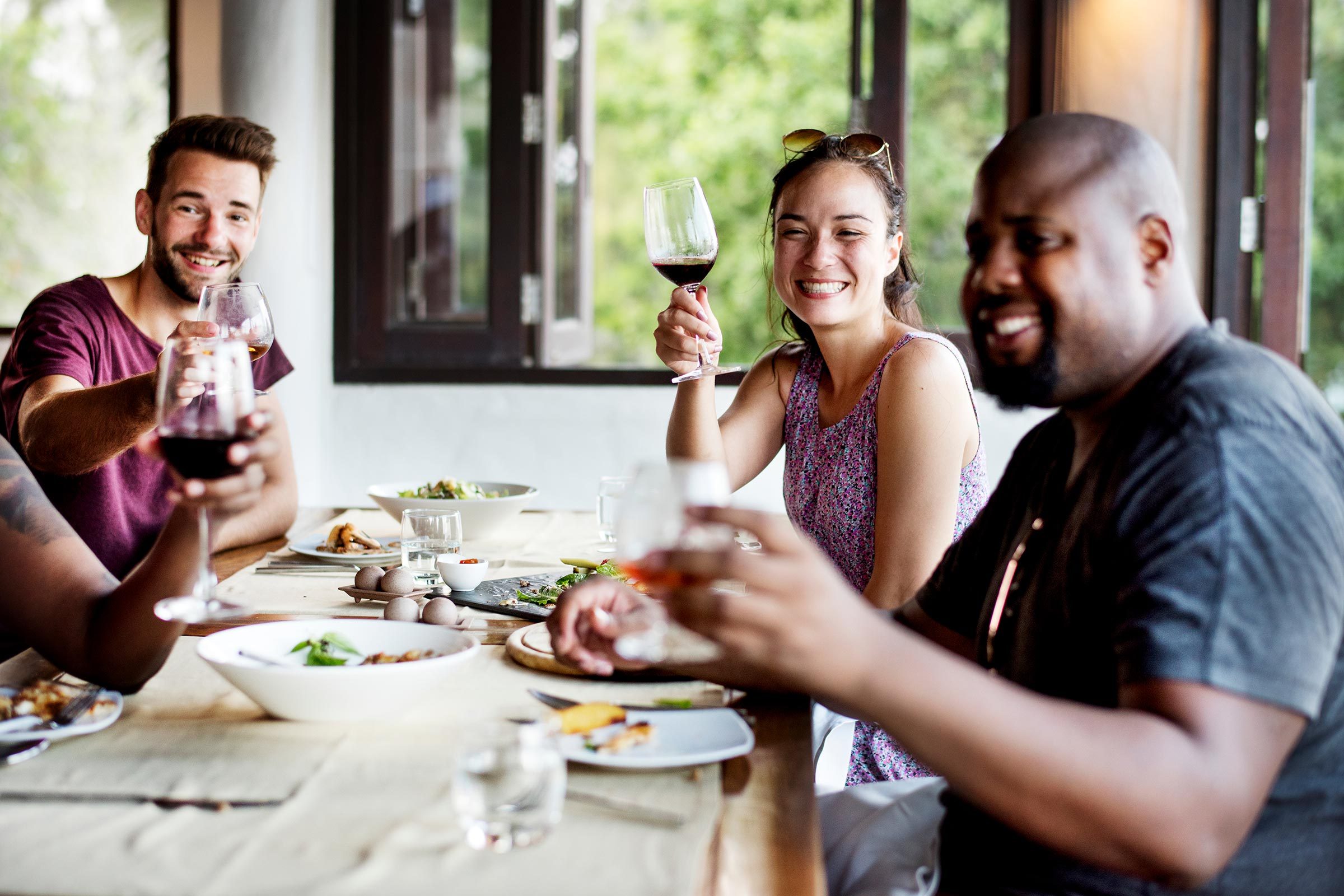 Familiarity = likability is a fundamental principle of social psychology. Basically, the more familiar people are with someone—as in, the more time they’ve spent together—the more they report liking them. You can take it too far (See: helicopter parents or ultra-clingy friends), but if you want people to like you, one of the easiest ways to do that is to simply be around them more often, according to a separate study.

This is a weird one but hear us out: People who took acetaminophen (the active ingredient in the painkiller Tylenol) had less empathy for others, according to a study published in Social Cognitive and Affective Neuroscience. The drug reduces your ability to see and relate to other people’s mental and physical distress, making you less empathetic overall. Since people like those who empathize with them, the drug may be making you seem less likable. Not all painkillers have this effect so try an ibuprofen the next time you get a headache—or try one of these 34 ways to prevent a headache.

Ask for a small favor

“Helping questions will make you seem instantly more likable because people love to be helpful and when someone helps you it forms a natural bond,” Dawn Maslar, MS, an author and social biologist. The key is to make the request something that can be done quickly and easily without too much inconvenience, like asking for help getting something off a high shelf, opening a door for you when your arms are full or holding something while you look through your wallet.

Silly jokes are disarming, helping people feel at ease in your presence, but they also work on a biological level, Maslar says. Laughing releases oxytocin, also known as “the bonding hormone,” which makes you seem more likable, she explains. Need some jokes? We got you: Check out our huge library of amazing dad jokes for every occasion.

Ask for their opinion

People love nothing more than to share their opinion and so if you ask them to share their thoughts on something relevant to your situation, they’ll often be happy to tell you and will be left with a more positive impression of you, Maslar says. Remember, it’s not about getting the right answer or even an opinion you’ll use, it’s about forming a bond with the other person and helping them feel heard, she adds.

All of this advice can be stressful, especially if you’re already worried about not being liked. That’s why it’s so important to remember that at the end of the day, people will like you for being you, says Kayce Hodos, a licensed professional counselor. “Ultimately, you can’t make people like you so just be yourself,” she says. “Spend time doing things that make you happy and healthy, and others will respond to that.” Start by doing these 12 things that will help you wake up happier, tomorrow and every day.