Principal Ballerina Misty Copeland: What Her Mom Taught Her About Being Black in America

Success and breaking barriers have not pacified Misty Copeland. Instead, Copeland continues to use her platform to highlight the need for more representation in the world of dance—with her mom as her inspiration.

Misty Copeland has broken many barriers in her life, but one thing remains consistent and that is her commitment to highlighting the need for representation in the world of dance. With her new children’s book, Bunheads published by Penguin Random House, Copeland further uses her platform to highlight the importance of young girls of color, especially Black girls, seeing themselves represented in art, theater, and the media while providing true examples of diversity. The lead character in the book, Misty, has never taken a ballet class before. She is inspired to dance after hearing the ballet story Coppelia and overcomes fear and doubt to pursue her dreams. Whether it’s being an ambassador for MindLeaps, a not-for-profit organization that specializes in bringing dance instruction to vulnerable populations, or partnering with brands that support initiatives that benefit the disenfranchised Copeland is very deliberate about using her platform to lift others who need their experiences magnified. (Here’s why you should stop saying “I don’t see color.”)

While Copeland has always been transparent about her challenging upbringing, she does not see her Black identity as something to be scorned. On the contrary, Copeland recently told Reader’s Digest, “My mother’s perspective was always positive in terms of what it means to be Black. She made it clear that whether we were biracial or Black, no matter what percentage of Black you had in you, that you were going to be viewed and treated as a Black person. And I never found that to be negative. I always found that to be a beautiful and empowering thing. It definitely helped me when I came into the ballet world.”

“I clearly think that we’re at a place now where I definitely want to make that representation as visible and tangible as possible by showing that diversity in a book and showing that it does exist,” Copeland says of her inspiration for Bunheads. “There have been generations and generations of people of color that have been a part of dance history. Just because you don’t see it, doesn’t mean it’s not there.” Copeland asserts that it’s important to bring awareness to the cultural and historical contributions of Black people to the world of dance. 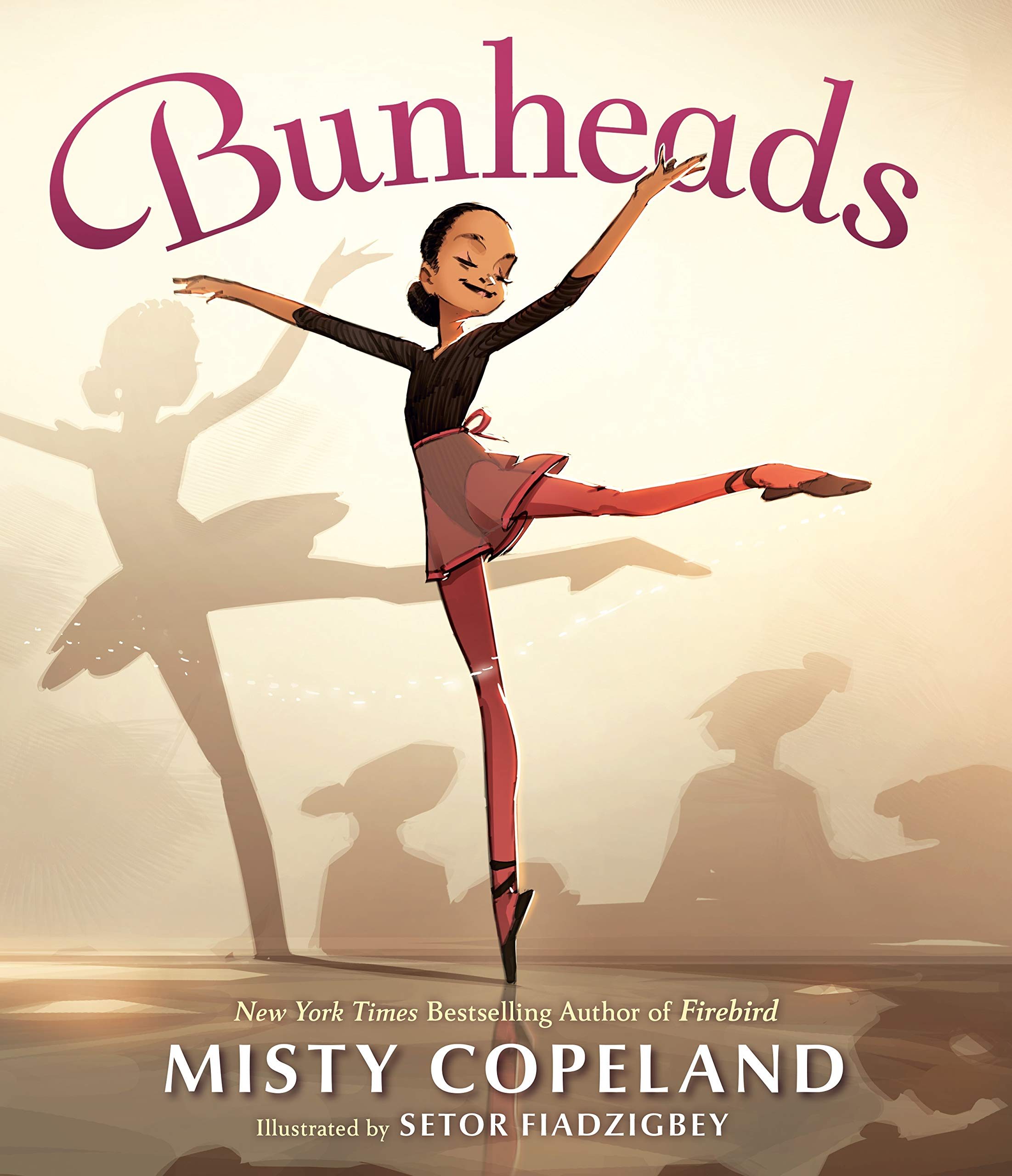 With her book, she also wanted to showcase the reality that dancers come from all parts of the world, and that dance inspires so many people from so many different places. “A lot of the characters in the book are based on actual relationships and friendships that I had growing up in the studio and throughout my career. I wanted to show how you can lean on your peers and that you can grow from each other’s differences,” she says. Misty is the lead character and another important character in the book, Cat, was inspired by her best friend growing up in ballet school, Catalina, a Mexican American girl. “This is a story of friendship, perseverance, having dreams, and gaining the courage to follow those dreams.”

As only the second Black soloist in The American Ballet Theatre’s history (the late Arthur Mitchell was the first) and the first Black female to be promoted to Principal Ballerina, Copeland is well aware of the responsibility that comes along with being a “first.” When asked about the role that race plays in her experiences in the ballet world, she states, “It is difficult to be in a position where you are the first. After being promoted to Principal Dancer as the first-ever Black female in ABT’s 80-year history, many people who were not people of color wanted to know why I’m so focused on my title being the ‘first African American ballerina’ to accomplish this, but I don’t want that part of my legacy to be erased. I am deliberate about using this title to help others.” Unfortunately, dancers, celebrities, and athletes are tokenized as the exception or perceived as the exceptional Black person or athlete and it is counter-productive. In all actuality, our successes don’t mean that just, because we’ve gotten here that every Black person can, she says. Learn about 35 influential Black Americans who didn’t make history books.

In reference to a select few successful Black people being showcased as model citizens and the ideal representatives of their culture or ethnicity, Copeland asserts with conviction that, “It’s always been extremely important for me to bring awareness to that. I make it clear that just because I’m here doesn’t mean that racism and inequities don’t exist. I don’t want people to assume that we’ve overcome that hurdle. It’s the same argument when people discuss [Barack] Obama as the first Black president as evidence that racism no longer exists. It’s not true. I think until you see diversity in all areas of theater and dance, we will continue to see that there is a neglect for nurturing and including minorities and people of color in a meaningful and genuine manner.” As for the current political climate in America, Copeland believes that, “The door has been blown open with COVID-19 and the current Black Lives Matter movement. The arts and ballet, in particular, would definitely normally hide behind a safety net of talking a good talk about diversity initiatives, but not actually put in the work. I feel like everyone’s being exposed right now.”

To learn more about ways to combat racism not just in words, but rather with action, check out these 14 small ways that you can fight racism every day. 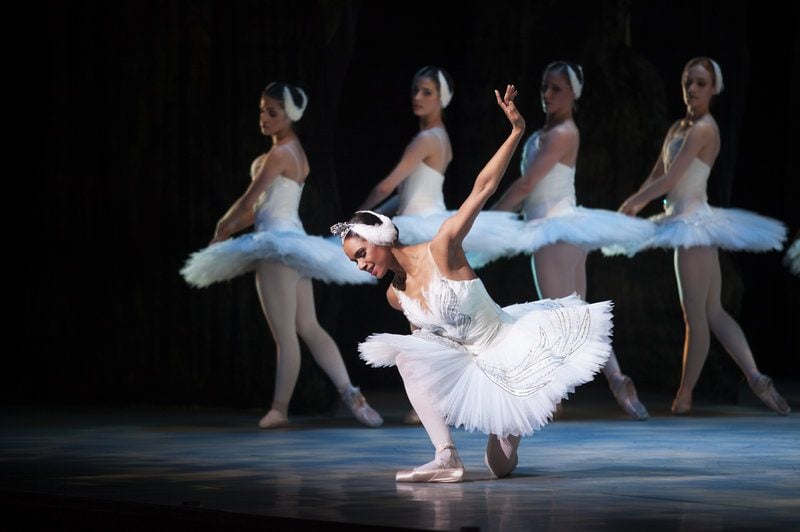 “Ballet is a visual art form. It’s all built around the body—how you can create a form, and what you can do with the body,” Copeland says. “The misconceptions that many people hear or believe are that Black women, in particular, aren’t capable of creating the same line aesthetically as a White woman. Another is that our feet are too flat to be flexible enough to articulate,” she says. “If you just look at the history of what ballerinas look like throughout time, you will see this constant evolution. It’s not fair, correct, or accurate to say that all dancers have to have this European look. Dancers with all body types have made a huge impact on ballet, and they all come in different packages.” There are many wonderful organizations such as Brown Girls Do Ballet that are actively doing the work of highlighting representation in the dance world, and many doors of opportunity are being opened for dancers.”

For Misty Copeland, being Black has always been an asset

Copeland attributes her confidence in her identity to her mother. Her mother was honest with how biracial and Black people are perceived in America. She states of her mother’s honesty, “She made it clear that being Black in America can create an uphill battle. Her honesty prepared me and gave me the tools to be able to survive anything. I saw that power in my mother as I watched her, a Black woman, raise us kids. I observed that there is a power, strength, and inner fight that can’t be taught, unless you experienced it.” Yes, Misty Copeland takes pride in her identity and she’s actively using her lived experiences to elevate others.

For those interested in learning how to be an active participant in advocating for more representation and diversity, find out what it means to be an ally in the fight for equality.

Black Inventors Who Made Your Life Easier

Lynnette Nicholas
Lynnette Nicholas is a graduate of the University of Florida with a degree in English Literature with an emphasis on Theater Studies and Africana Studies. She currently works as a freelance reporter, and parenting and entertainment writer based in New York City. Her work has appeared in HuffPost Black Voices, Common Sense Media, Moms.com, and other publications. She enjoys writing about culture, literature, film, and TV shows that highlight strong matriarchs. Lynnette has a passion for literature and cinema, as well as an innate curiosity about their influence on culture and social norms.

80 Moving On Quotes That Will Help You Let Go