14 Facts You Probably Never Knew About the Month of March

The month of March isn't just about celebrating St. Patrick's Day and the start of spring.

Did it ever stop being March?

According to our calendars, March is here again, but according to our emotions, March never left. Yes, March 2021 marks a year since the COVID-19 pandemic sent the fortunate among us inside to work from home, bake sourdough, and socialize via Zoom while the less fortunate were forced to continue to work at great risk to their own health. It’s been a long, hard year, but the end is in sight—daylight saving gives us more light on March 14th, and the nation-wide vaccine rollout is giving us hope that we may yet be able to have something resembling a normal summer. There is hope to be found, too, in the difference between March 2020 and March 2021. Last year, we were fearful and confused, unsure of the safest way to conduct ourselves as events were canceled right and left. This year, we know so much more about the virus. We know what to do to limit the risk, and large-scale events such as the March Madness basketball tournaments are able to go ahead. We think there are plenty of reasons for hope this March 2021, and even more interesting facts that make the third month the best month of the year.

Welcome to the third month of the year—or, if you were born before 150 B.C., the first! According to the oldest Roman calendars, one year was ten months long, beginning in March and ending in December. It may sound crazy, but you can still see traces of this old month-naming system in our modern calendar: because December was the tenth month, it was named for the number ten in Latin (decem), just like September was named for seven (septem). So, what about January and February? They were just two nameless months called “winter,” proving that winter is literally so awful it doesn’t even deserve a spot on the calendar. Of course, after you read these 26 reasons March is the best month, you might think it deserves to be the first month of the year, too!

2. It’s the best month for basketball (but worst for productivity)

For civilians, on the other hand, March is known for one thing above all others: brackets. March Madness, as the NCAA calls it, runs from March 14 to April 5 this year. College hoops fans will be overjoyed that the tournament, which was canceled in 2020 due to the pandemic, is back this year (albeit with conditions). The women’s tournament will take place in a Texas bubble, while the men’s tournament bubble will be located in Indiana. Masked and distanced fans will be allowed at 25 percent of venue capacity. Players, coaches, and trainers will all be tested daily, and required to wear tracking devices and have no contact with family, fans, friends, or the media. The NCAA is betting that the safety protocols will be enough, and millions of fans worldwide will be betting on their carefully curated brackets. One of the safest bets to be made, however, is that lots and lots of people will be distracted.

According to USA Today, unproductive workers cost their employers $4 billion in 2019, paid to employeesnspending company time on betting pool priorities. Suffice it to say, March is not a productive month—this is the single most productive hour and month of the year. How to recoup these costs? Go into gambling. The American Gaming Association estimates that more than 100 million fans worldwide will place a bet on March Madness brackets for the 2021 tournament. Each of those brackets has a one in 2.4 trillion (that’s 24 followed by 11 zeroes) chance of predicting the correct winners of every game. Good luck!

March Madness is a cherished time to reacquaint oneself with the couch, especially during the early tournament days when dozens of games unfold consecutively. In other words, it’s the perfect week to recover from a vasectomy!

According to Live Science, the number of vasectomies surges by 50 percent during the first week of March Madness. Why? Patients typically need “at least a day with ice” to keep swelling down, urologist Stephen Jones, MD told Fox News, “So if they’re going to spend a whole day doing nothing, it’s not hard to figure out that they’d want to do it on a day they’d like to be sitting in front of the television.” The vasectomy rate will probably drop this year, though, as non-essential procedures have been dramatically reduced due to the COVID-19 pandemic. 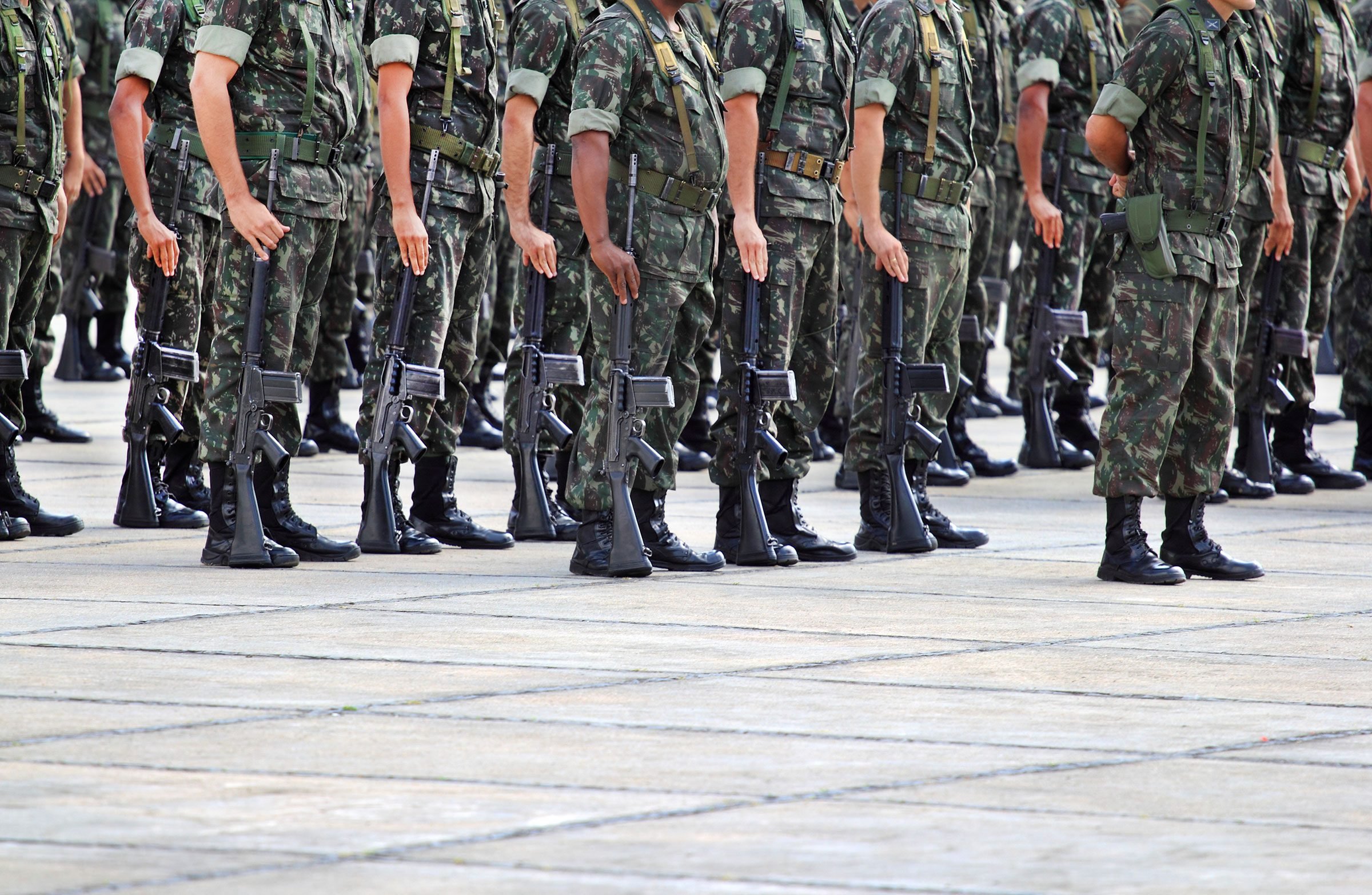 4. March was named for war—and lives up to its title

So, if so many months were named for their Latin numbers, why wasn’t March called… unumber? Firstly, because that sounds ridiculous, and secondly, because the Roman gods had dibs on it. March was actually named for the Latin Martius—aka Mars, the Roman god of war and a mythical ancestor of the Roman people via his wolf-suckling sons, Romulus and Remus. With the winter frosts melting and the ground becoming fertile for harvest again in the Northern hemisphere, March was historically the perfect month for both farmers to resume farming, and warriors to resume warring.

Incidentally, the Pentagon still seems to agree with this Roman tradition: with the exception of the recent war in Afghanistan, almost all major U.S.-NATO led military operations since the invasion of Vietnam have begun in the month of March. To name a few: Vietnam (initiated March 8, 1965), Iraq (March 20, 2003), and Libya (March 19, 2011) all follow the trend.

5. Beware The Ides of March (unless you’re a cat)

We’ve all heard it uttered, but what does “beware the Ides of March” actually mean? On the Roman calendar, the midpoint of every month was known as the Ides. The Ides of March fell on March 15th. This day was supposed to correlate with the first full moon of the year (remember, winter didn’t count then) and marked by religious ceremonies, but thanks to Shakespeare’s Julius Caesar we know it for another reason. Supposedly, in 44 BC, a seer told Julius Caesar that his downfall would come no later than the Ides of March. Caesar ignored him, and when the fated day rolled around he joked with the seer, “The Ides of March have come.” The seer replied, “aye, Caesar; but not gone.” Caesar continued on to a senate meeting at the Theatre of Pompey and was summarily murdered by as many as 60 conspirators. Ironically, the spot where Caesar was assassinated is protected in today’s Rome as a no-kill cat sanctuary. So, if someone tells you “beware the Ides of March,” they are probably just being a jerk or letting you know they’ve read Shakespeare. Don’t miss more facts about the Ides of March you should know.


6. March 1: As the saying goes, March comes “in like a lion, out like a lamb.” That was certainly true on March 1st, 2007 when a detachment of 170 Swiss infantrymen accidentally invaded neighboring Liechtenstein when they got lost on a training mission. Luckily, after explaining the mistake to Liechtenstein, the Swiss army was given directions and returned home safely.

7. March 2: NASA astronaut Scott Kelly returned to Earth after nearly one full year on the International Space Station, setting a new record for the longest uninterrupted trip to space.

8. March 5: Thirsty bros observe Cinco De Marcho, initiating a 12-day drinking regimen for anyone who wishes to “train one’s liver for the closing ceremonies on St. Patrick’s Day.” By the way, this is why we wear green for St. Patrick’s Day.

9. March 6: The Day of The Dude encourages participants to honor The Big Lebowski by takin’ ‘er easy all day, man, and maybe buying a new rug—it’ll really tie the room together.

12. March 17: St. Patrick’s Day turns the Chicago River green, among other festivities.  And on this day in 1973, Pink Floyd’s “Dark Side of The Moon” first hits the Billboard Top 200 chart at number 95. A mere 14 years later (736 chart weeks, to be exact), it finally leaves the top 200 for the first time, setting a still-unbroken world record. (You’ve got a long way to go, Adele.)

14. March 21: The day Twitter was founded. Founder Jack Dorsey inaugurated the social media site with its profound first tweet: “just setting up my twttr.” We can’t believe he spelled it that way either!

Photos to Celebrate the Start of Spring