Here’s a simple question—answer it honestly, because your response could boost the amount of pleasure in your daily life, delay dementia, and even help you live longer: How many hours did you spend reading books last week?

This question has arrived in thousands of U.S. homes every other year since 1992 as part of the University of Michigan’s Health and Retirement Study (HRS). A minor item on a massive survey of more than 20,000 retirees, it had long gone ignored in the analysis of elder brain health. But in 2016, when researchers at the Yale School of Public Health dug into 12 years of HRS data about the reading habits and health of more than 3,600 men and women over the age of 50, a hopeful pattern emerged: People who read books—fiction or nonfiction, ­poetry or prose—for as little as 30 minutes a day over several years were living an average of two years longer than people who didn’t read anything at all. Odder still, book readers who reported more than three hours of reading each week were 23 percent less likely to die between 2001 and 2012 than their peers who read only newspapers or magazines. The benefits of reading are so great that they’ll probably convince you to read these 100 books everyone has to read before they die.

If you’re reading this, it’s safe to ­assume you don’t need to be sold on the merits of the written word. You may already be familiar with recent findings that suggest children as young as six months who read books with their parents several times a week show stronger literacy skills four years later, score higher on intelligence tests, and land better jobs than nonreaders. But recent research argues that reading may be just as important in adulthood. When practiced over a lifetime, reading and language-acquisition skills can support healthy brain functioning in big ways. Simply put: Word power increases brain power.

Are all books the same?

To understand why and what each of us can do to get the most out of our words, start by asking the same question the Yale team did: What is it about reading books in particular that boosts our brain power whereas reading newspapers and magazines doesn’t? For one, the researchers posit, chapter books encourage “deep reading.” Unlike, say, skimming a page of headlines, reading a book (of any genre) forces your brain to think critically and make connections from one chapter to another, and to the outside world. When you make connections, so does your brain, literally forging new pathways between regions in all four lobes and both hemispheres. Over time, these neural networks can promote quicker thinking and may provide a greater defense against the worst effects of cognitive decay. If you don’t have time for reading, pick up these books you can finish in one day.

Secondly, another one of the benefits of reading books, especially fiction, is that it has been shown to increase empathy and emotional intelligence. One 2013 study found that participants who read just the first part or chapter of a story showed a noticeable increase in empathy one week later, while news readers showed a decrease. These findings may sound trivial, but they’re not; developing social tools such as empathy and emotional intelligence can lead to more (and more positive) human interaction, which in turn can lower stress levels—both of which are proved to help you live longer and healthier. You’ll also want to pick up these books that everyone lies about reading.

That’s not to say that magazines, newspapers, and Web articles are without merit. Reading anything that fills your mind and exposes you to new words, phrases, and facts seems to carry mental benefits. New research indicates that a large vocabulary may lead to a more resilient mind by fuel­ing what scientists call cognitive reserve. One way to think about this reserve is as your brain’s ability to adapt to damage. Just as your blood cells will clot to cover a cut on your knee, cognitive reserve helps your brain cells find new mental pathways around areas damaged by stroke, dementia, and other forms of decay. This could explain why, after death, many seemingly healthy elders turn out to harbor advanced signs of Alzheimer’s disease in their brains despite showing few signs in life. It’s their cognitive reserve, researchers suspect, that may allow some seniors to seamlessly compensate for hidden brain damage.

So how does one build up cognitive reserve? That’s more good news for word lovers. Vocabulary is ­notoriously resistant to aging, and having a rich one, according to researchers from Spain’s University of Santiago de Compostela, can significantly delay the manifestation of mental decline. When the team analyzed vocabulary test scores of more than 300 volunteers ages 50 and older, they found that participants with the lowest scores were between three and four times more at risk of cognitive decay than participants with the highest scores. Reading is just one of the many ways to improve your vocabulary.

Learning foreign words also offers important cognitive nutrients. In fact, research shows that learning something new, such as how to play an instrument or speak a second language, is one of the best things you can do for your brain at any age. Remember that powerful network of brain connections we get from reading? Successfully learning a second language grows that network even more—making it one of the many benefits of reading. As a result, polyglots have been shown to be stronger at multitasking, superior at memorizing, and better at focusing on important information than monolingual speakers. A 2013 study in Neurology discovered that patients who spoke two or more languages developed dementia an average of 4.5 years later than monolingual patients. And while a brain that learns a second language earlier in life will likely see more cognitive advantages than a late-life learner, it is never too late to open the phrase book. You don’t need to end up a fluent speaker, either. “Just having the basics of those linguistic connections can delay dementia,” Dr. Thomas Bak of the University of Edinburgh told the Atlantic. When you’re ready to start, try this science-backed secret to learning a new language.

Of course, learning a new language is no quick feat. Luckily, the payoff of a single lesson can provide instant gratification. Researchers from Germany and Spain had 36 participants read two sentences containing the same foreign word: “Every Sunday the grandmother went to the jedin” and “The man was buried in the jedin.” When asked what jedin means, the folks who correctly guessed “graveyard” showed reactions in the same pleasure-sensing parts of the brain you’d expect from food, sex, gambling, and other satisfying stimuli. (Though when it comes to words, over­indulgence is encouraged.) Still not inspired to pick up a novel after just learning about the benefits of reading? These 39 cozy reading quotes will make you crave a good book. 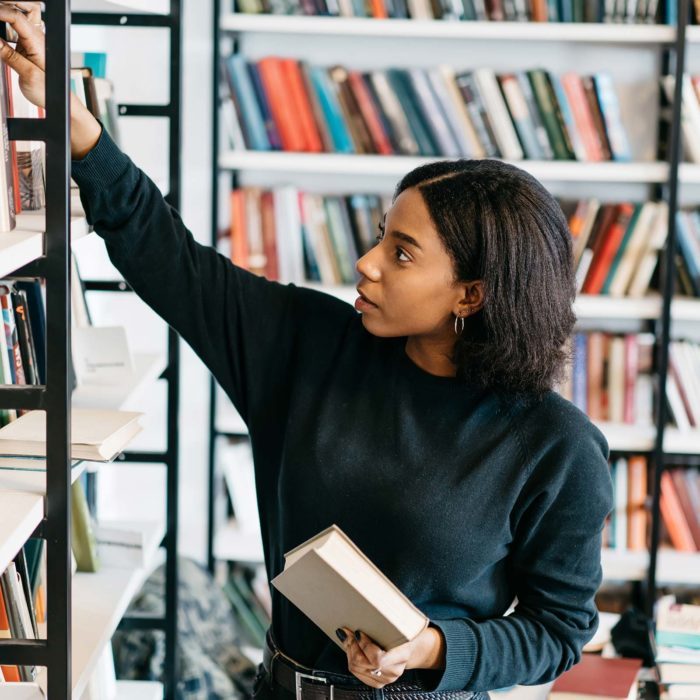 What Happens When You Read Every Day 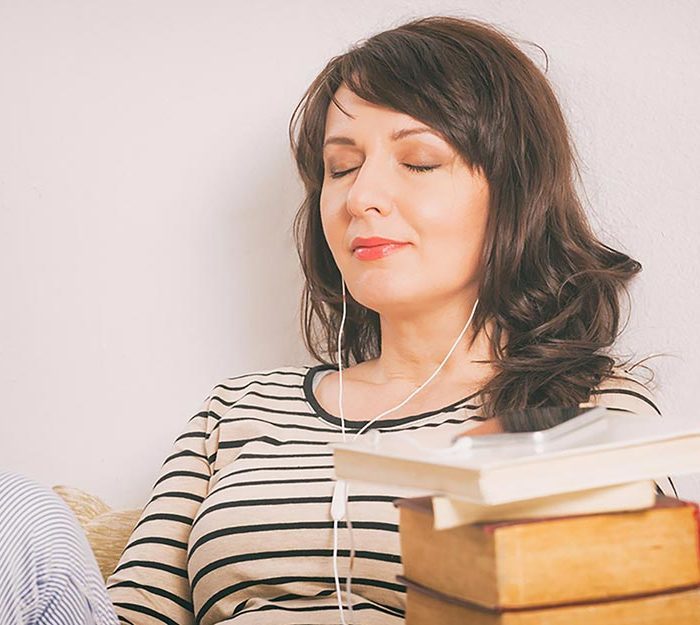 12 Ways You Can Get Smarter

Books Everyone Should Read Before They Die