History of Memorial Day: Why Do Some States Refuse to Celebrate It?

The history behind this holiday was once a dividing point for the country. 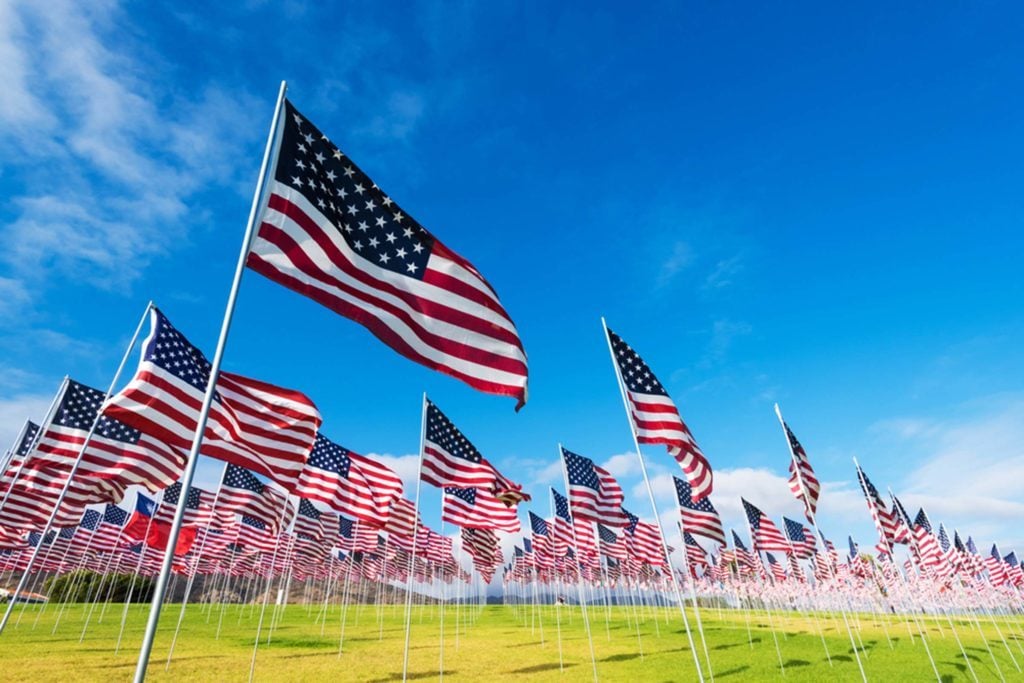 Every Memorial Day, Americans unite to remember and honor those who gave their lives in service of our country. As worthy a cause as that is, the way the states celebrated that idea was not uniform at first.

First, you need to understand the history of Memorial Day. The holiday was originally proposed by General John Logan, a member of the Grand Army of the Republic, a group of Union veterans. He wanted a day to honor soldiers who died in the Civil War by covering their graves with flowers. He reportedly chose May 30 because it didn’t overlap with the anniversary of any battles—and plenty of flowers would be in bloom by then. Veterans Day also recognizes people who serve in the United States Armed Forces, but the history of Memorial Day and Veterans Day are different—here’s the difference between these two holidays, explained.

The first Memorial Day, originally called Decoration Day, was held on May 30, 1868, at Arlington National Cemetery. A crowd of 5,000 came to decorate the graves of 20,000 Union and Confederate soldiers.

New York was the first state to declare Memorial Day an official holiday, and by 1890, all northern states followed suit. The South, however, didn’t acknowledge it; those states had their own days of commemoration for their dead that started as early as April of 1866, when a group of women in Mississippi decorated the graves of Confederate soldiers. That’s why it’s difficult to say where the idea for the holiday originated. Many local celebrations in the North and South claim to be the “first” one.

It stayed that way until after World War I, when Memorial Day was changed to remember Americans who died fighting in any war. In 1971, the date was changed to the last Monday in May, as per the Uniform Monday Holiday Act. The act also moved federal holidays like Presidents’ Day to a Monday so workers could enjoy more three-day weekends, but that’s not why we celebrate Presidents’ Day.

Some southern states continue to honor the Confederate dead: January 19 in Texas; April 22 in Alabama and Georgia; April 26 in Florida; April 29 in Mississippi; May 10 in South Carolina; and June 3 in Louisiana, Kentucky, and Tennessee. Now that you know about the history of Memorial Day, do you want more fascinating facts about America? We’ve got ‘em, history buffs.