The Best Jobs at Disney Parks, According to Former Employees

They're probably not what you expect! 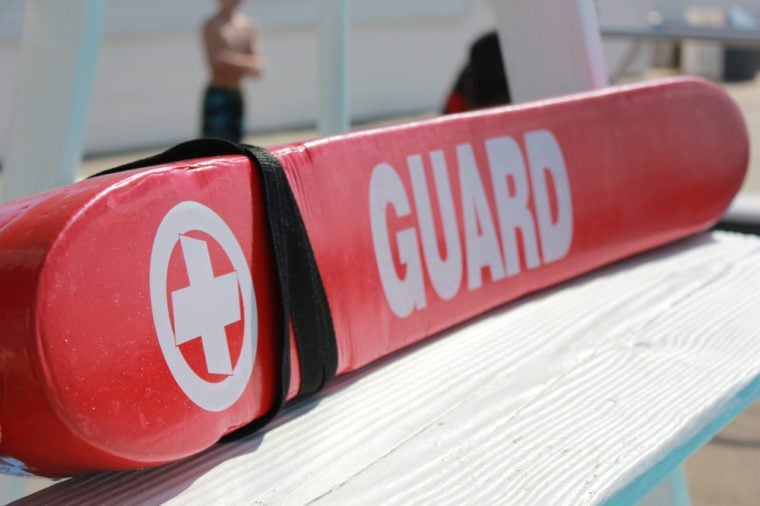 Former Disney World cast member Vicki Garside knows that a lifeguard role may not be for everyone. But she says not to knock it until you try it, especially at Disney. “I know some people wouldn’t want the responsibility, but for proficient swimmers, [it’s] a great job to have at Disney,” she told RD.com. Garside spent six months lifeguarding at Disney’s Bay Lake Area resorts. She says that lifeguarding has “one of the highest base pay rates across the different cast roles,” as well as very reasonable hours. Even if you do have to work late at night, it’s usually for a fun, low-stress activity like a movie night. She also says that both her coworkers and the guests created a nice work environment. “Guests are very friendly, but are respectful,” she says. “They know you are there to do a job and are there for their safety.” She also says that for people who are interested in getting other jobs at Disney, who also have lifeguarding experience, it’s a great way to get your foot in the door. Learn some other secrets Disney employees won’t tell you. 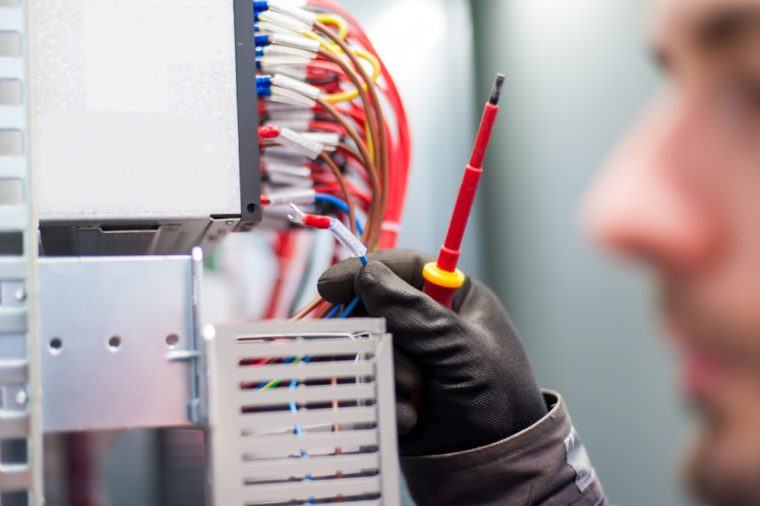 Maybe being an electrician doesn’t sound like the most glamorous job—but by all accounts, if you’re going to be an electrician, Disney World is the place to do it. “My brother is an electrician who works for The Mouse,” reports Redditor Susurrations. “Most of the year he drives around in a little golf cart all day and fixes simple quick-fix type stuff.” Both Susurrations and his brother agree that that sure beats laying down wire in people’s attics in the summer heat. Even the tougher parts of Disney jobs like this have their perks: “Part of the year he helps with attraction renovation, which is harder work, but he loves getting to see behind the scenes of the big rides,” says Susurrations. These will be the most in-demand jobs in 2020. 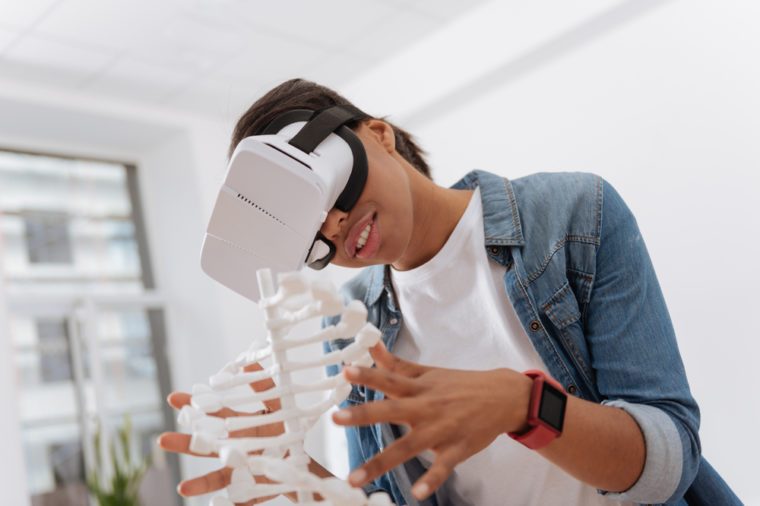 Innoventions was a museum that stood in Disneyland’s Tomorrrowland section from 1998 until 2015. And that’s where blogger Cadry Nelson loved working. The museum featured exhibits of “futuristic” technologies as well as character meet-and-greets. Cadry claims that working there helped preserve the magic of working at Disney in a way that many other Disney jobs didn’t. “I…often wouldn’t see the park at all during my shift. That means that Disneyland never lost its luster,” Nelson told RD.com. “In the way that people who work at doughnut shops hate doughnuts, or people who work at coffee shops can no longer abide the stuff, for me Disneyland was and is still the Happiest Place on Earth, not just the place I worked.” Though you won’t find Innoventions in Disneyland anymore, Epcot in Disney World has a similar museum. Here are some more old Disney park attractions we totally wish would come back. 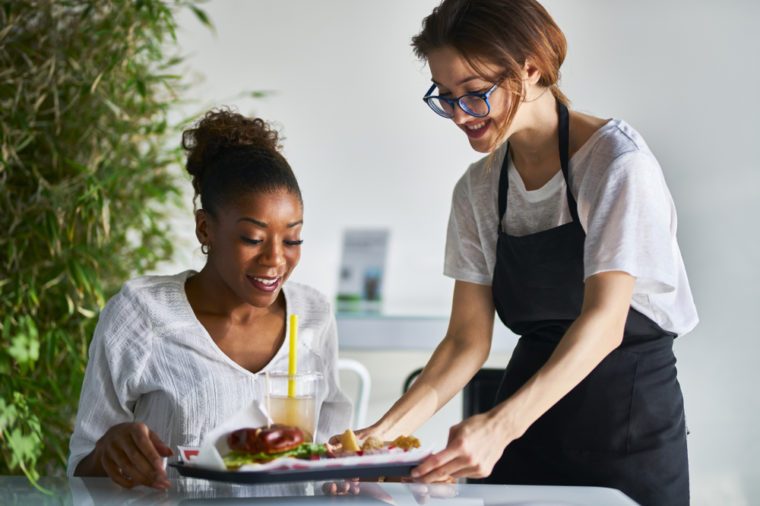 Even self-proclaimed Disney aficionados may not know about Club 33, the secret five-star restaurant hidden in the New Orleans Square at Disneyland. Accessible only to club members (or by invitation) and with a whopping 14-year waiting list to become a member, this restaurant is exclusive to the most elite of Disney Park VIPs. According to Redditor GenXer1977, that shows in the tips, making Club 33 a very coveted spot for Disney employees. Learn how to find other secret spots in Disney parks. 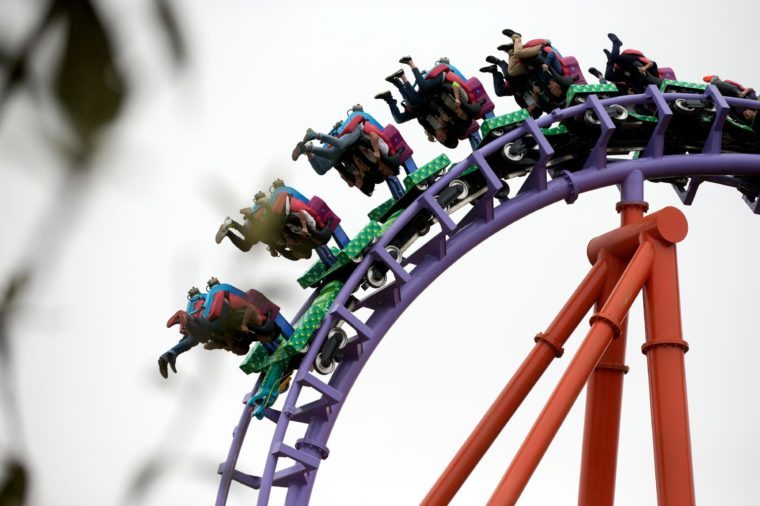 At Disney parks, rides that could be harmful to guests who are pregnant, or who have physical conditions like high blood pressure or a back injury, are marked with a red triangle on their signs. While these “red triangle rides” provide more of a thrill to the riders, they also provide a heftier paycheck to their ride attendants, so the red triangle rides provide good Disney jobs. As Redditor Funkystepz puts it, “I worked [at] Disney California Adventure… and everyone wants a red triangle ride. It basically means you get paid slightly more. The rides people wanted in my area of the park were California Screamin’ or Grizzly River Run.” Can you guess the three words Disney employees are never allowed to say? 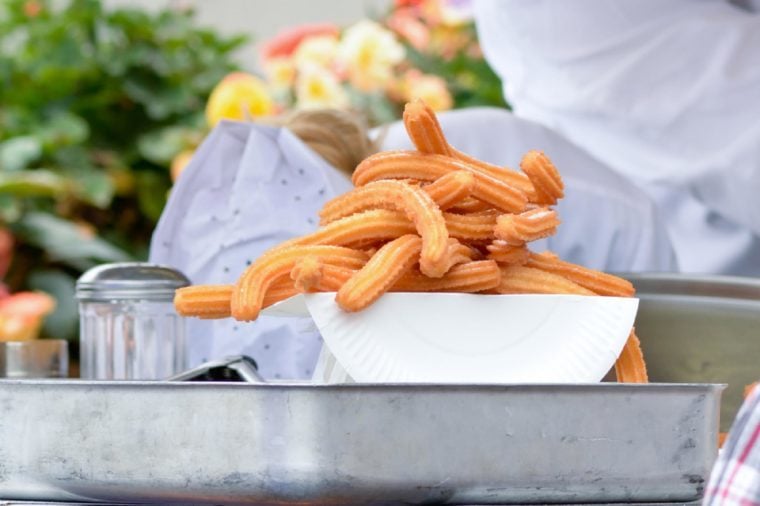 Reddit user GenXer1977 reveals that, while his fellow cast members were clamoring for a job at the luxurious Club 33, selling food outdoors suited him just fine. The former Disneyland cast member loved the fact that he “got to move around to different lands every day and wear different costumes” while doling out popcorn and churros. “Most [Disney] jobs you’re stuck in one particular spot, but I got to learn the whole park,” he remembers. No job is perfect, though, and he admits that “cleaning a churro wagon is a pain.” 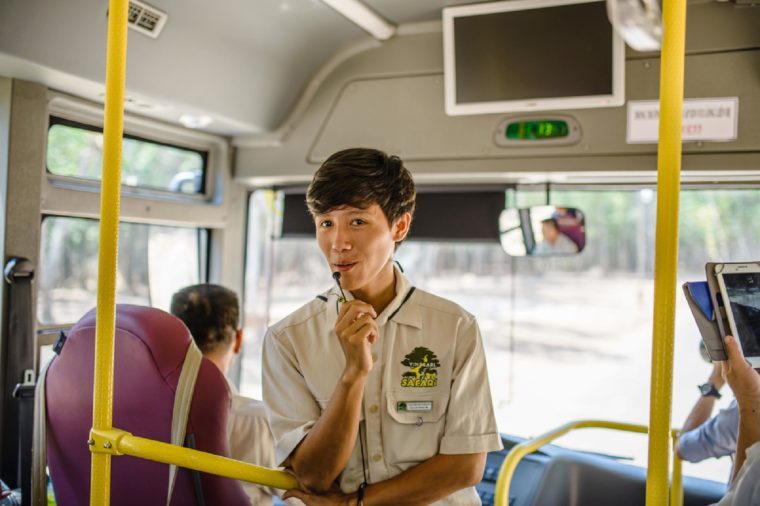 “I loved being a Skipper on the World Famous Jungle Cruise at Disneyland,” reports Reddit user Vectrex221. This Magic Kingdom boat ride takes guests on an exotic journey through the wilds of Africa, Asia, and South America. The adventure requires a host who’s lively, energetic, and not afraid to improvise. If that sounds like you, you’ll probably enjoy taking on the role of Skipper, navigating the perils of the jungle. During the holiday season, the ride even takes on a new identity as the “Jingle Cruise.” The experience is never boring! 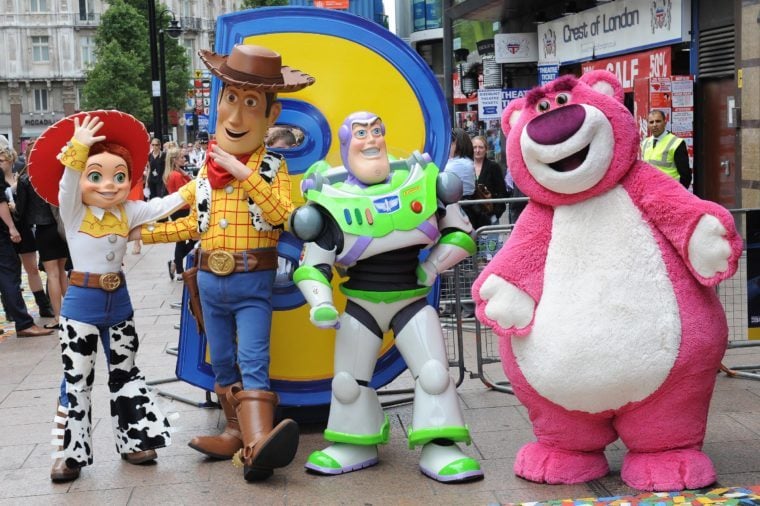 If you want to bask in the glow of the ultimate Disney magic, but not have to deal with the stress of staying in character every single second, being a character attendant might be the job for you. Character attendants get to hang around characters during meet-and-greets, acting as the liaison between the character and the guests. They make sure that meet-and-greet times are enforced and that the characters get on and offstage in an orderly fashion. Though seeing the happy kids (and kids-at-heart) meet their favorite characters definitely makes it worth it for some, the job isn’t all smiles. One former character attendant revealed in a now-deleted post that it can be very tough being the bearer of bad news and telling guests that Mickey is done for the day. 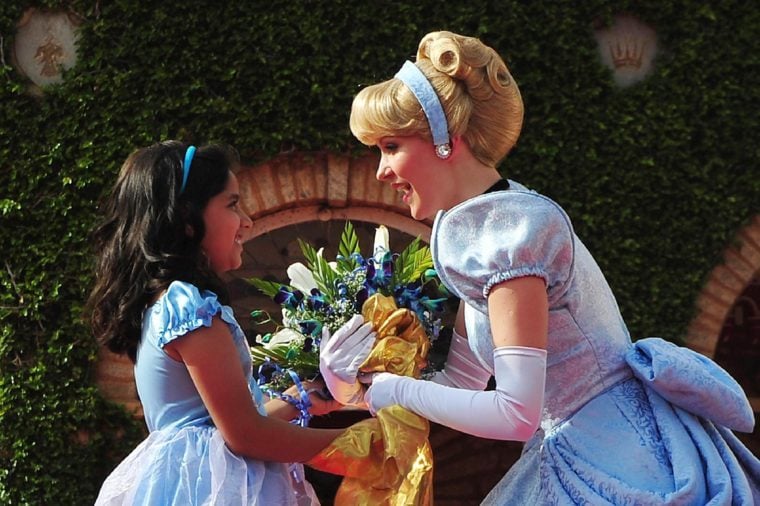 Yes, you knew this had to be in there. Though the audition process is rigorous and the rules are strict, getting to act as your favorite character is truly the pinnacle of Disney jobs. And the most coveted character roles, unsurprisingly, are the Disney princesses. “Everyone I knew wanted to be a character,” claims Redditor UCMCoyote, a former Disney College Program attendee. “A lot of the girls wanted to be a princess.” Next, learn the etiquette rules all Disney employees (face characters and otherwise) must follow.