On January 1, 2019, the copyright for a large swath of books, films, and songs first published in 1923 expired. This means that these works are now available in the public domain, for anyone to read, view, or even reprint. If you're a fan of the early days of cinema or a lover of classic literature, you'll be intrigued: among this year's collection of books and movies are the following gems from notable figures, all now freely available. 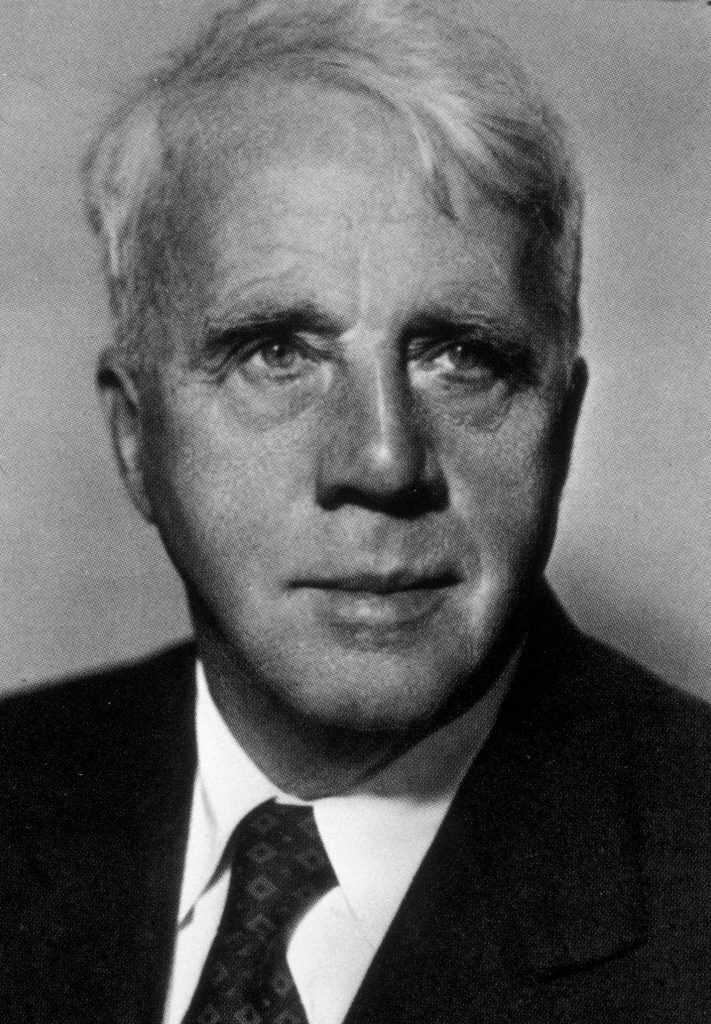 If you enjoy American literature, you’ll be thrilled to learn that this collection of poems written by Pulitzer-prize-winning American poet Robert Frost contains one of his most well-known and cherished poems: “Stopping by Woods on a Snowy Evening.” The collection, which includes more than 40 poems, features several of Frost’s well-known works, including “Nothing Gold Can Stay” and “Fire and Ice.” These inspirational poems will warm your heart. 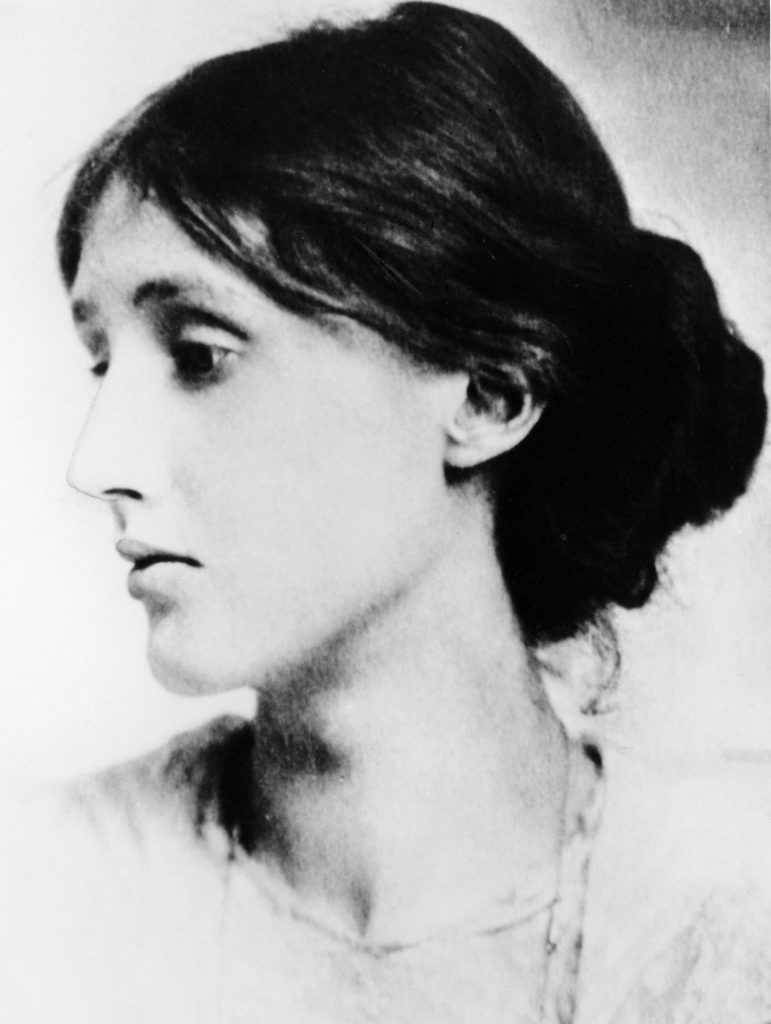 Jacob’s Room was the third novel published by modernist Virginia Woolf, an English writer who is known for her groundbreaking use of “stream of consciousness” as narrative. This book, which she published in 1922, tells the story of protagonist Jacob Flanders through the points of view of the women he meets throughout his life. While this novel is not her most famous (that nod goes to Mrs. Dalloway, published in 1925), fans of modernist literature will enjoy this novel for its insightful study of characters and the relationships they form. Don’t miss these top 100 favorite novels. 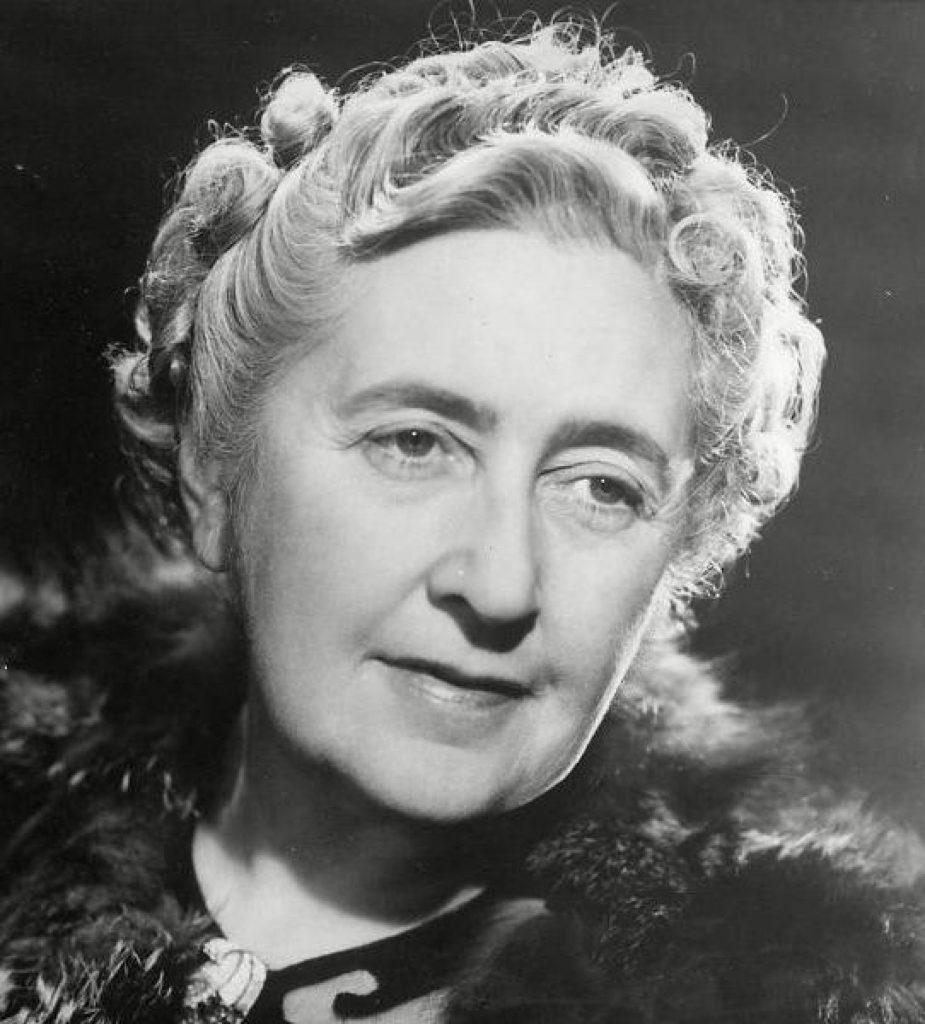 The Murder on the Links, by Agatha Christie

Agatha Christie was a master of detective fiction, and this novel is no exception. Set in northern France, The Murder on the Links tells the story of protagonist Hercule Poirot, a famous Belgian detective, and his attempt to solve the murder of Paul Renauld, whose body was found in a shallow grave on a nearby golf course. Here are 18 of the best thrillers to read right now. 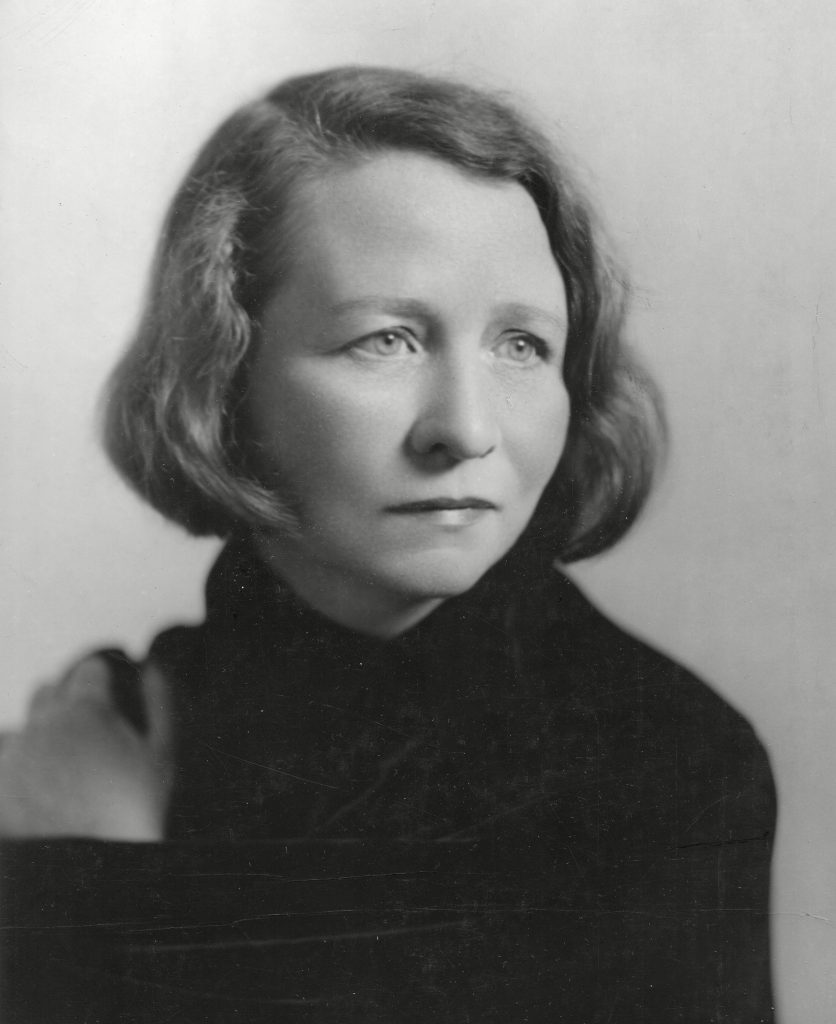 The Harp-Weaver and Other Poems, by Edna St. Vincent Millay

Fans of American poet and playwright Edna St. Vincent Millay will enjoy this early collection of poems, which features nearly 30 poems, including “Autumn Chant,” “The Curse,” “What Lips My Lips Have Kissed” and “A Visit to the Asylum.” The collection features over a dozen sonnets by the outspoken and progressive Millay, who according to the Poetry Foundation, was one of the best sonnet writers of the 20th century, 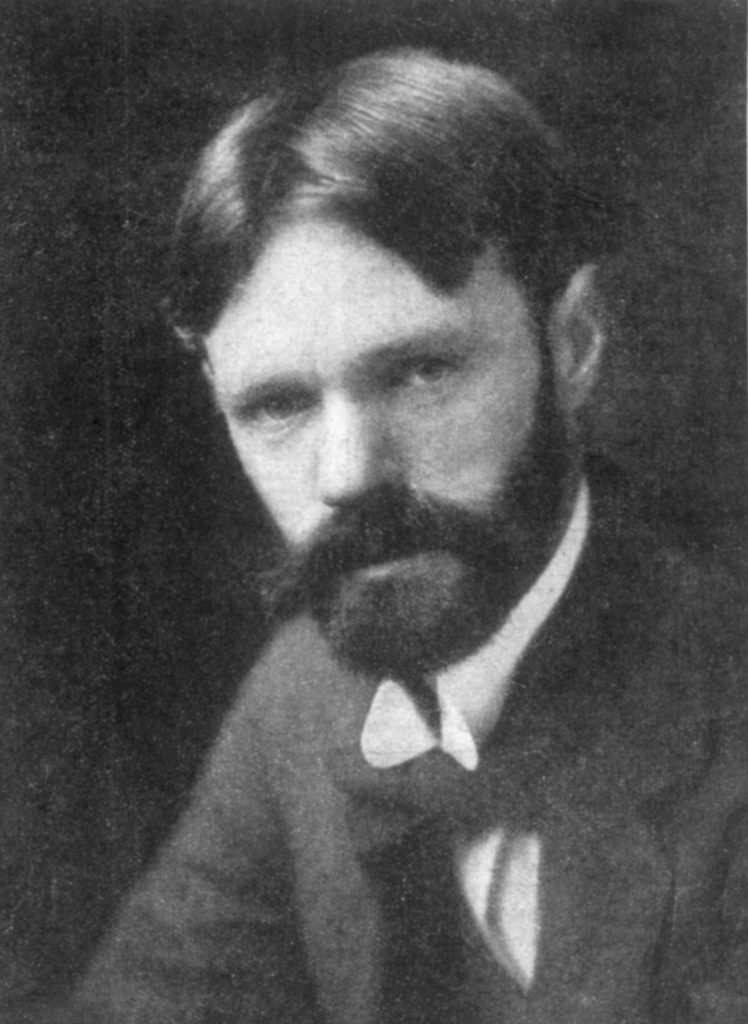 This novel by English writer and poet D.H. Lawrence tells the semi-autobiographical story of English writer Richard Lovat Somers, his German wife Harriet, and their journey to New South Wales, Australia. In the Land Down Under, they meet Benjamin “Kangaroo” Cooley, a lawyer and spiritual leader of a group of war veterans, an intelligent man with whom Richard becomes enamored. The book is a close examination of the dynamics among various relationships and is widely considered to be one of Lawrence’s most notable works. Check out this list of more novels that were inspired by true-life events. 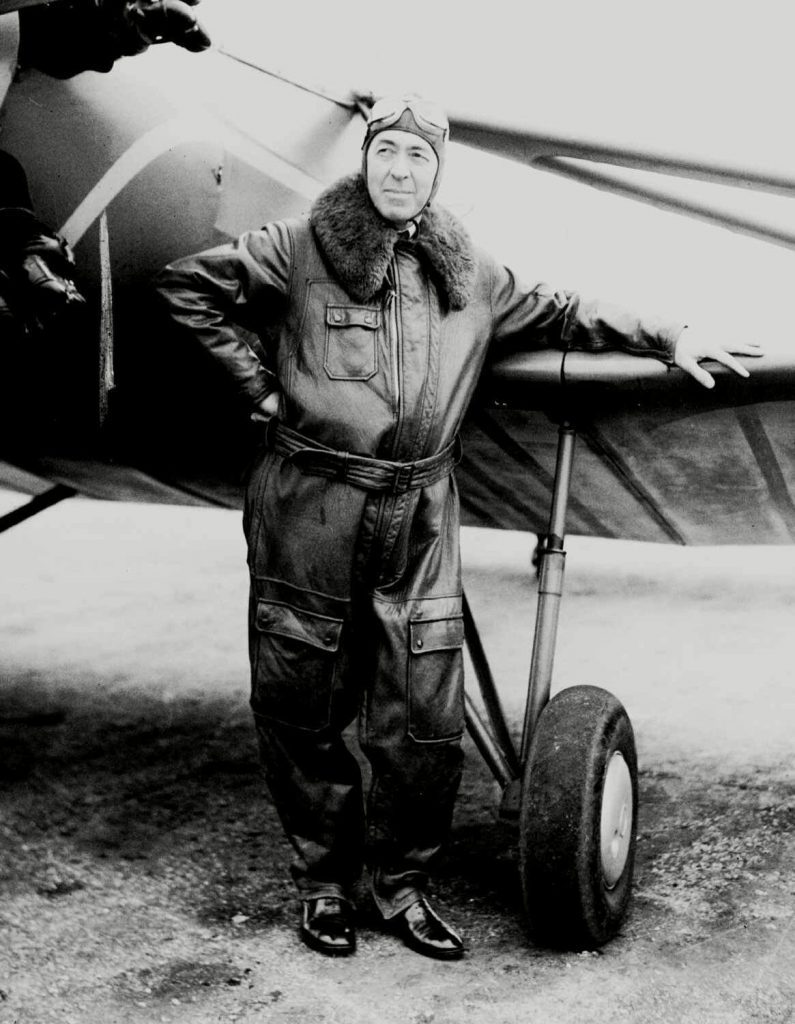 Tarzan and the Golden Lion, by Edgar Rice Burroughs

This action-packed adventure novel marks the ninth in the Tarzan series, which were written by American author Edgar Rice Burroughs. In the book, the legendary Tarzan, his wife Jane, and their son Korak discover an abandoned golden lion cub, which Tarzan takes home to train. With the help of the lion, whom Tarzan names Jad-bal-ja, Tarzan fights the actions of a greedy woman set out to steal his treasure. These inventions were predicted in books and movies. 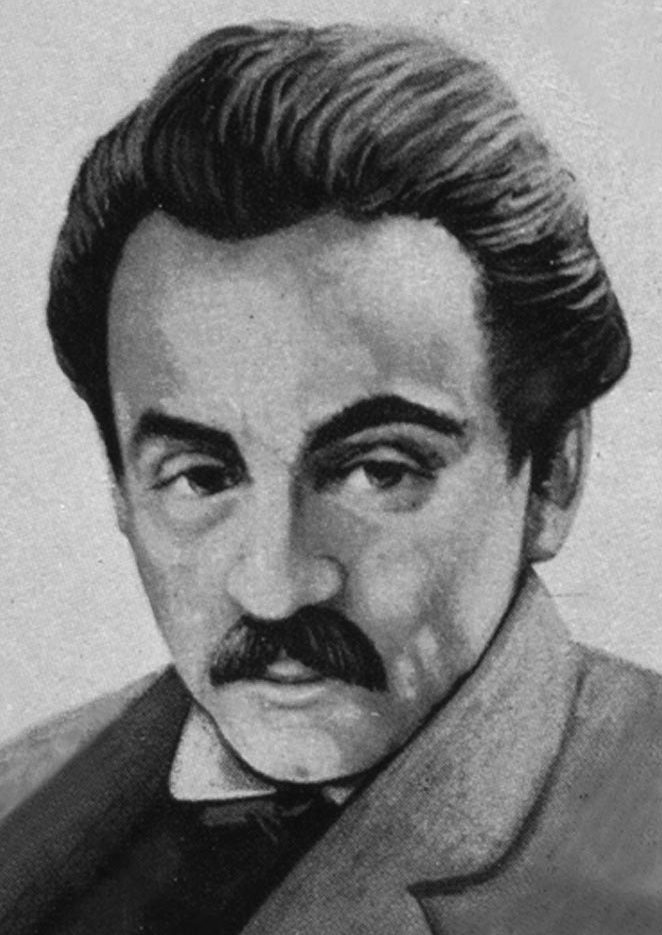 The Prophet, by Kahlil Gibran

This collection of fables by Lebanese-American poet Kahlil Gibran is written in the style of prose-poetry, which means that it carries all of the artistic elements of poetry, but without the line breaks that are standard in poetic form. It tells the story of the prophet Al Mustafa and his journey home after living in the city of Orphalese for 12 years. The book has been translated over 100 times and has sold millions of copies since it was published in 2013, according to The Kahlil Gibran Collective. 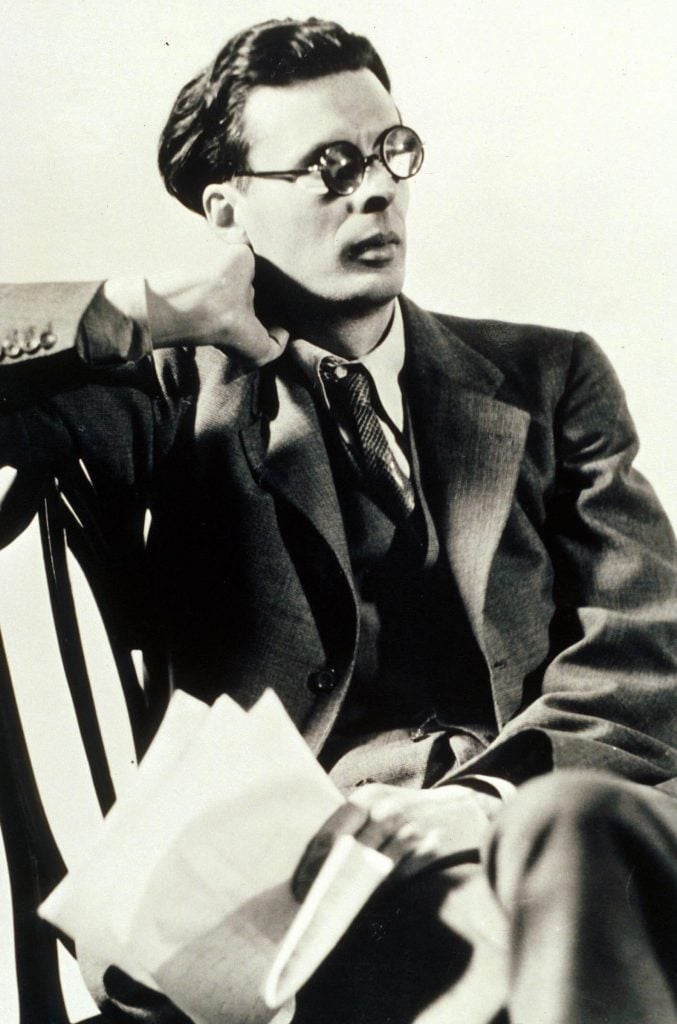 This is a satiric tale by English writer and philosopher Aldous Huxley—author of the well-known dystopian novel Brave New World. It tells the story of Theodore Gumbril, Jr., and his friends, a group of bohemian intellectuals struggling to find true happiness in London after World War I. These are the 10 books you read in high school that merit a re-read. 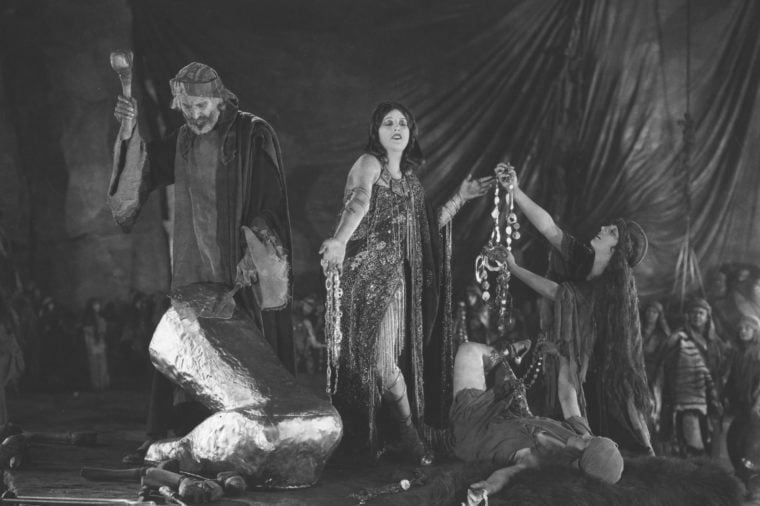 Not to be confused with the popular 1956 movie starring Charlton Heston as Moses, this public-domain version of the film was directed by one of cinema’s founding fathers, Cecile B. DeMille, and released in 1923. An immediate box-office hit, this silent film is epic in nature as it was filmed in two parts: first, it portrays the biblical story of Exodus. In the second half, it tells the more modern story of two brothers who are living according to the Commandments. For more, check out these surprising movie trivia facts you won’t believe are true. 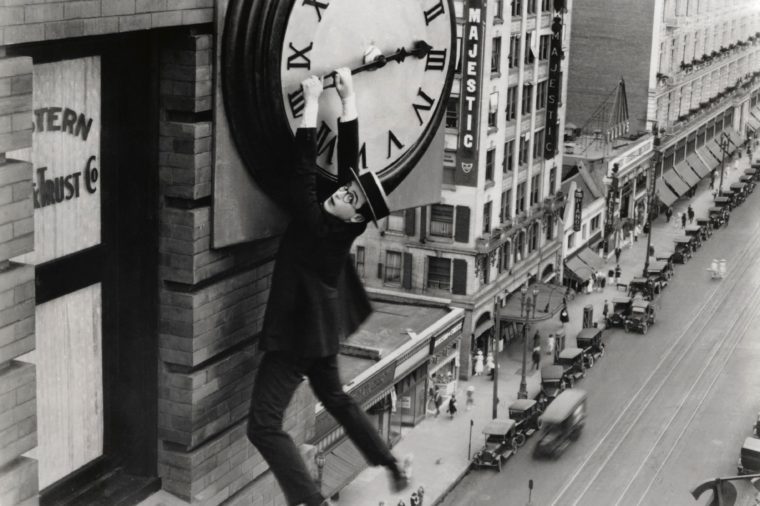 This silent comedy film starring the legendary Harold Lloyd features one of the most iconic scenes in silent-film history: Lloyd dangling from a giant clock on the side of a 12-story skyscraper while Los Angeles traffic zips back and forth below him. The film highlighted Lloyd’s penchant for slapstick and physical comedy and is widely considered to be one of the greatest comedies of the silent-film era. 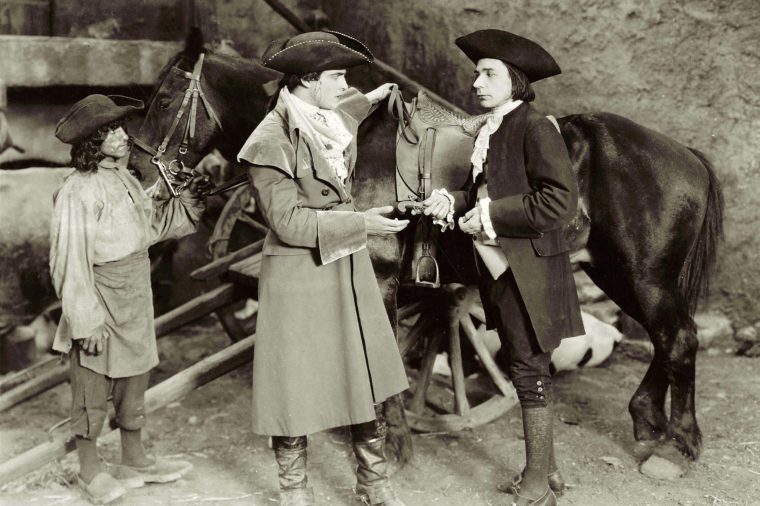 Before the term “Scaramouche” was a famous line in the 1975 hit “Bohemian Rhapsody” by the British rock band Queen, it was a 1923 silent film based on the Rafael Sabatini adventure novel of the same name. It tells the story of a swashbuckling French rebel who masquerades as a clown so that he may avenge the murder of his best friend. Looking for more insight into popular song lyrics? Start with these 11 popular song lyrics that don’t mean what you think. 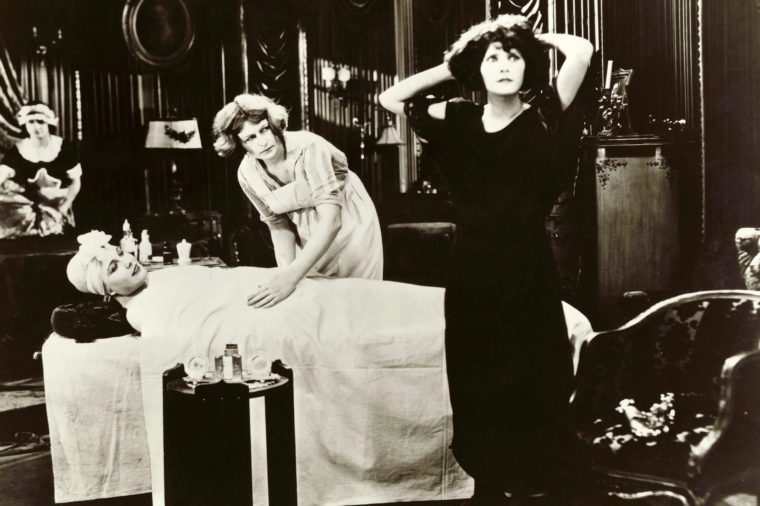 A Woman of Paris

This silent movie was written, directed and produced by the famous Charlie Chaplin. Even though he was the era’s most recognizable silent film star, he only has as a small role in the film, which stars Charlie’s sometimes-lover Edna Purviance as Marie St. Clair, a woman who mistakenly believes that her boyfriend Jean, with whom she was to elope to Paris, has abandoned her. Disheartened, she heads for Paris alone, where she meets a wealthy man and becomes his mistress. Since the dramatic film was such a departure from Chaplin’s comedic, slapstick comedy, it was not well-received—at first. Critics, however, offered the film high praise, calling it a sophisticated and moving work. 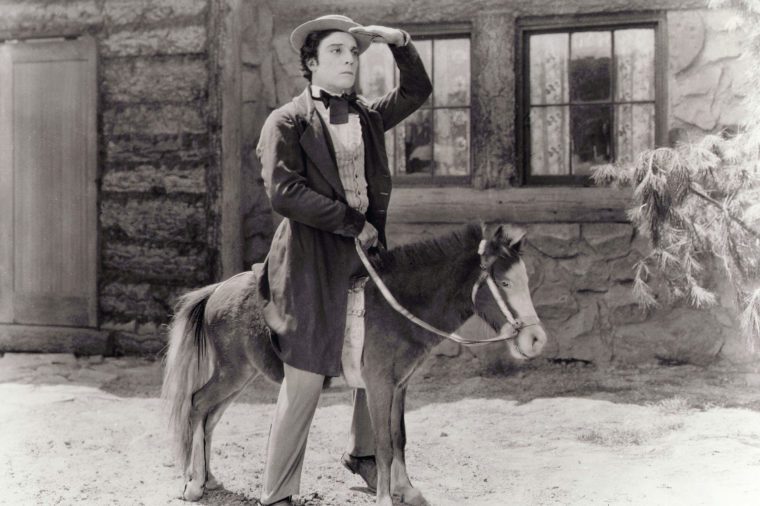 This silent film stars the deadpan comedian Buster Keaton, one of the greatest film stars of his generation. Known for his over-the-top physical comedy, Keaton as Willie McKay in this satire of the infamous Hatfield-McKay feud, a decades-long fight between two families that took place in the late 1800s. The film, which Keaton also directed, was well-received by both critics and the public and is widely considered to be the star’s first full-fledged masterpiece. Find out more ways you can read books for free online.