14 Foods You Didn’t Know Were Called by Different Names in the U.K.

The chips/fries difference is just the beginning. 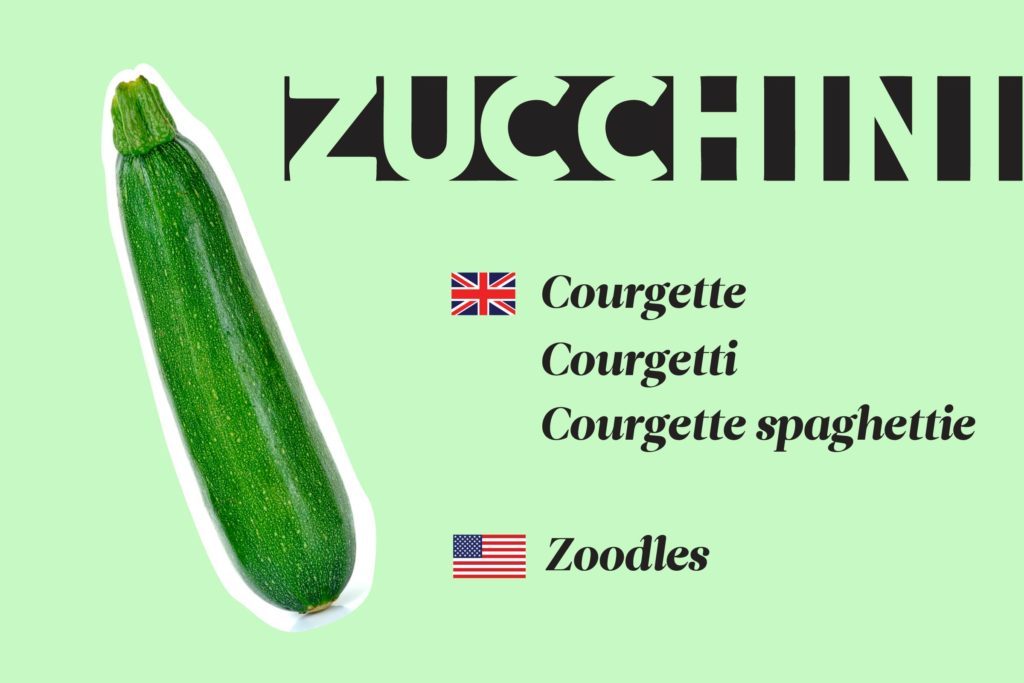 If you want some summer squash during a U.K. visit, keep an eye out for “courgette” instead of zucchini. The name also lends itself well to British “courgetti”—courgette spaghettie—or as Americans say, “zoodles.” Here’s why Americans and Brits don’t have the same accent. 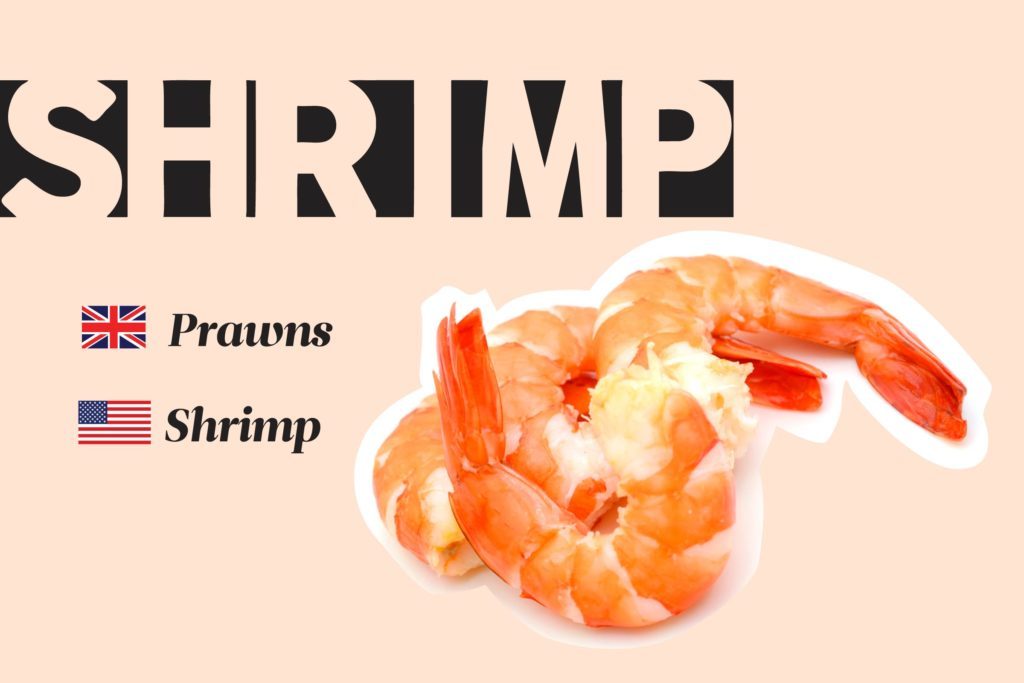 In the United States, there’s a difference between shrimp and prawns; shrimp are small with short legs, while prawns are larger and have more claws. In the United Kingdom though, both of the little crustaceans are almost always called prawns. 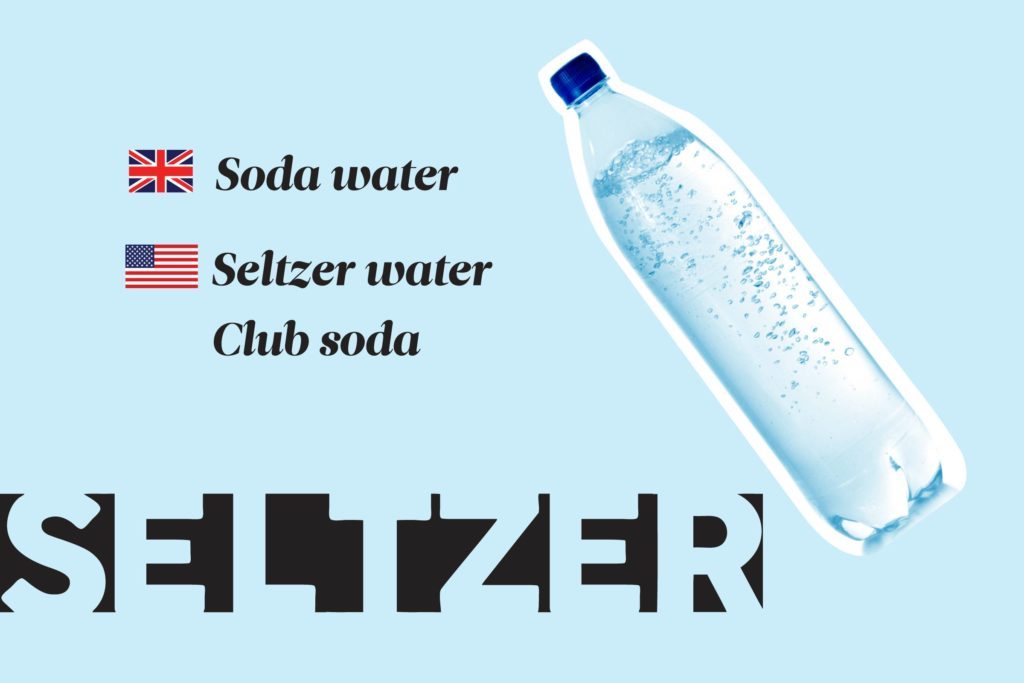 If you’re looking for sparkling water in Britain, ask for soda water. Americans adopted the names “seltzer water” and “club soda” after World War II, but the original “soda water” name stuck around in the U.K. 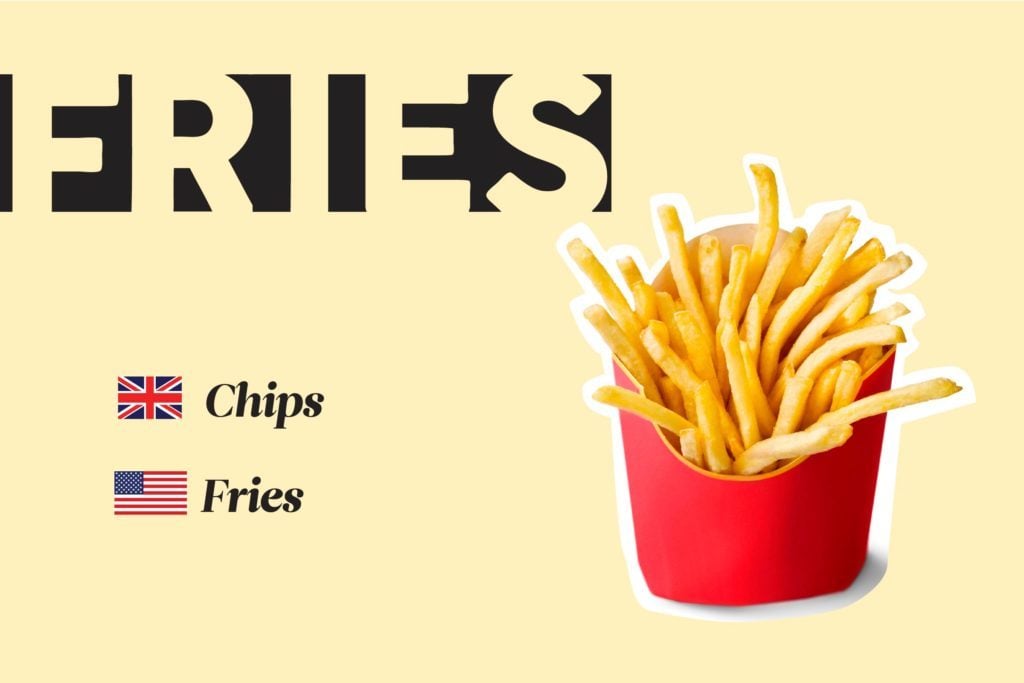 Don’t blame your British server if burger and “chips” comes with a side of fries—in the U.K., that’s technically what you asked for. According to the Oxford Dictionaries blog, in the 1700s, the word “chip” in reference to food meant a slide or chunk of a fruit or vegetable. Potato chips specifically were usually fried, and Brits stuck with that usage of the word. That’s why they wouldn’t consider every French fry a chip. Chips specifically have to be thick cut, sort of like steak fries. Those skinny ones you get at American fast food restaurants aren’t true chips. Another thing they don’t like—or even allow? Certain synthetic fats, like these 9 American ingredients that are banned in other countries. 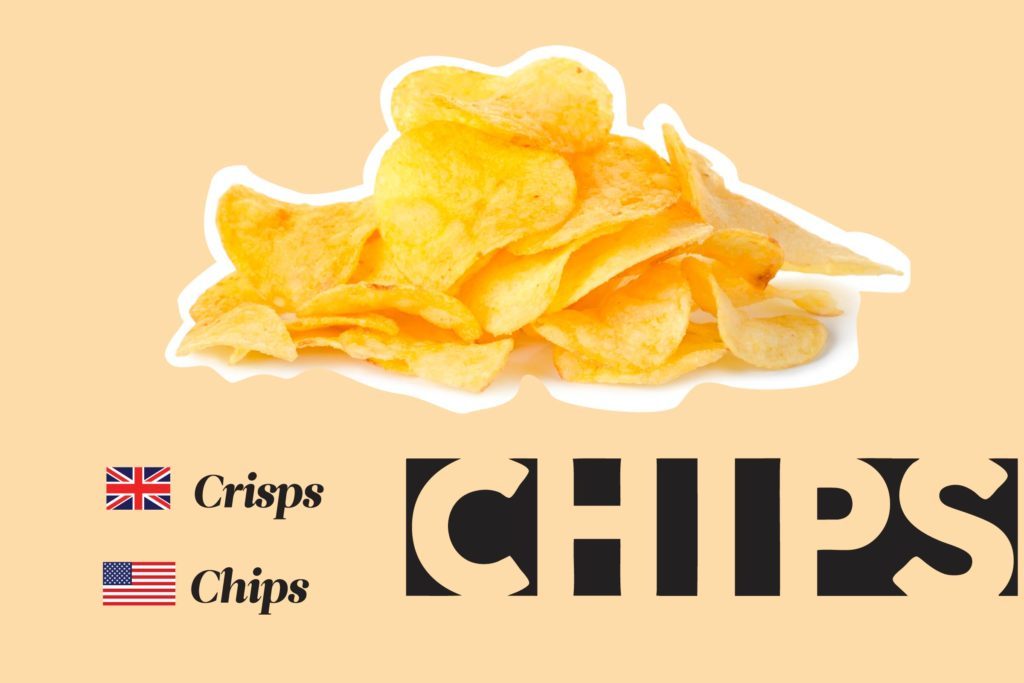 So why don’t Americans use the word “chips” like the British do? Well, they once did. In the mid-nineteenth century, Americans called fried potato slices “potato chips,” but they did tend to make them thinner than the British ones. But because they didn’t want their version to be confused with the already popular British ones, they called them French fries or German fries. But once World War I started, “the word ‘German’ was expunged from many American phrases, and French fries became the favored term for thin potato sticks,” according to the Oxford Dictionaries blog. If you actually are dead-set on some American chips, ask for a bag of crisps. Oh, and look for the brand Walkers, which is the British Lay’s brand. Sour cream and onion might be popular in America, but you’re more likely to find cheese and onion in the U.K. 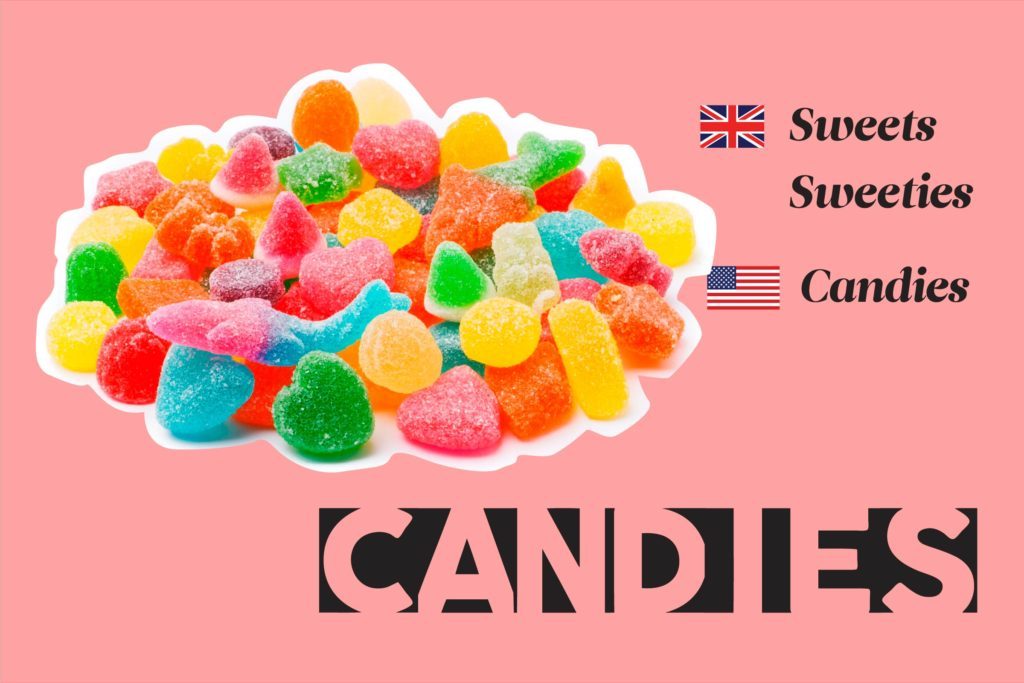 A little packaged good for your candy craving would be called “sweets” or “sweeties” in Britain. Just don’t call that Cadbury’s bar a sweet. Chocolate bars are their own category, but sweets can be any other confection, from fruity gummies to hard toffees. 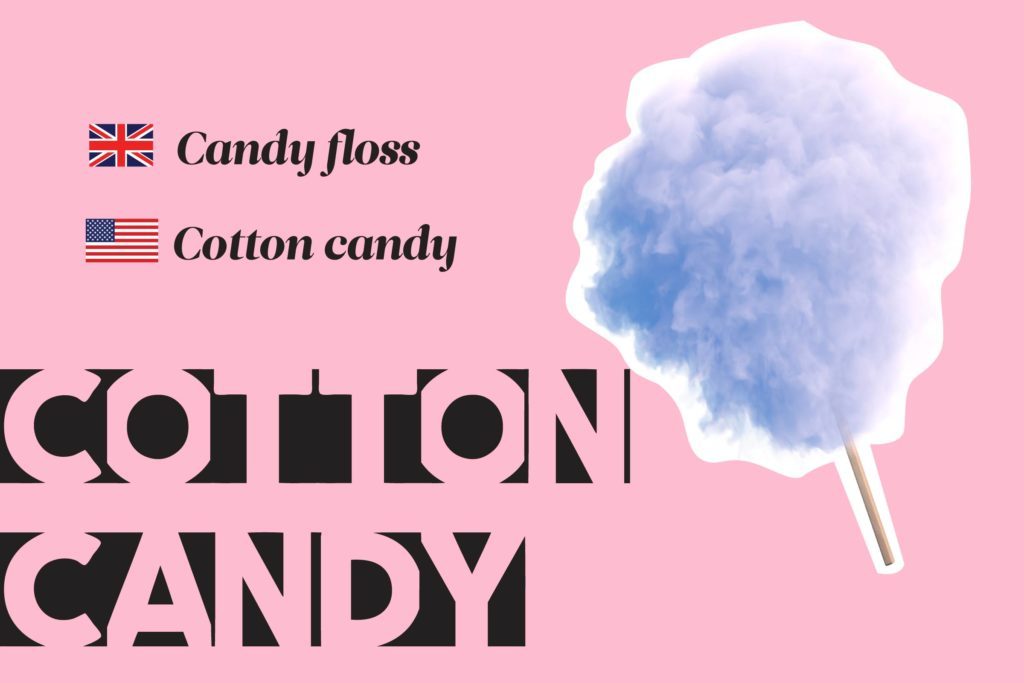 The spun sugar still gets its “candy” claims in the U.K., where it’s called candy floss. On your way to the circus? Here’s why Americans and Brits drive on opposite sides of the road. 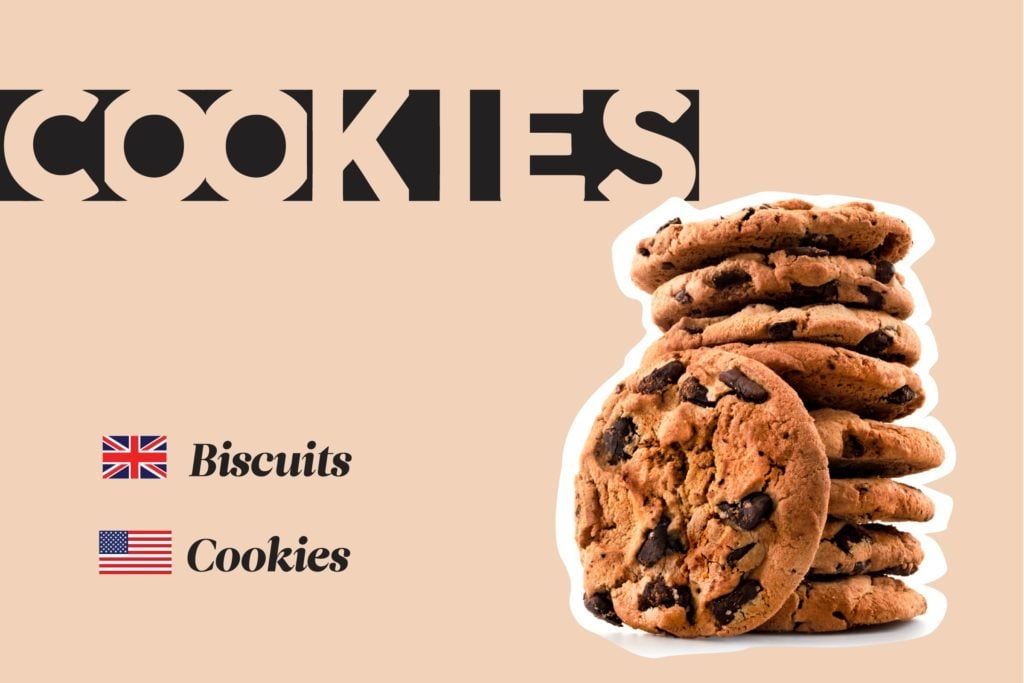 In the U.K., a cookie specifically refers to a chocolate chip cookie. Anything else would be called a “biscuit.” Biscuits aren’t the chewy cookies you’d find in American bakeries, but have a crisper texture, like shortbread. 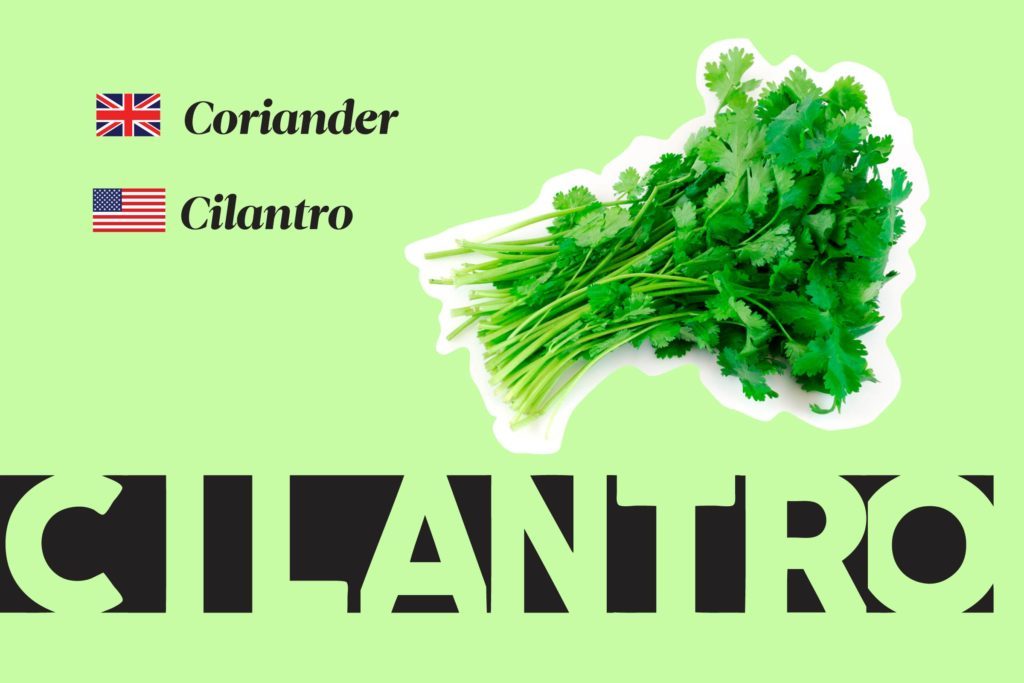 Cilantro is one of those foods you either love or hate. If you’re in the latter group, steer clear of “coriander” in Great Britain. 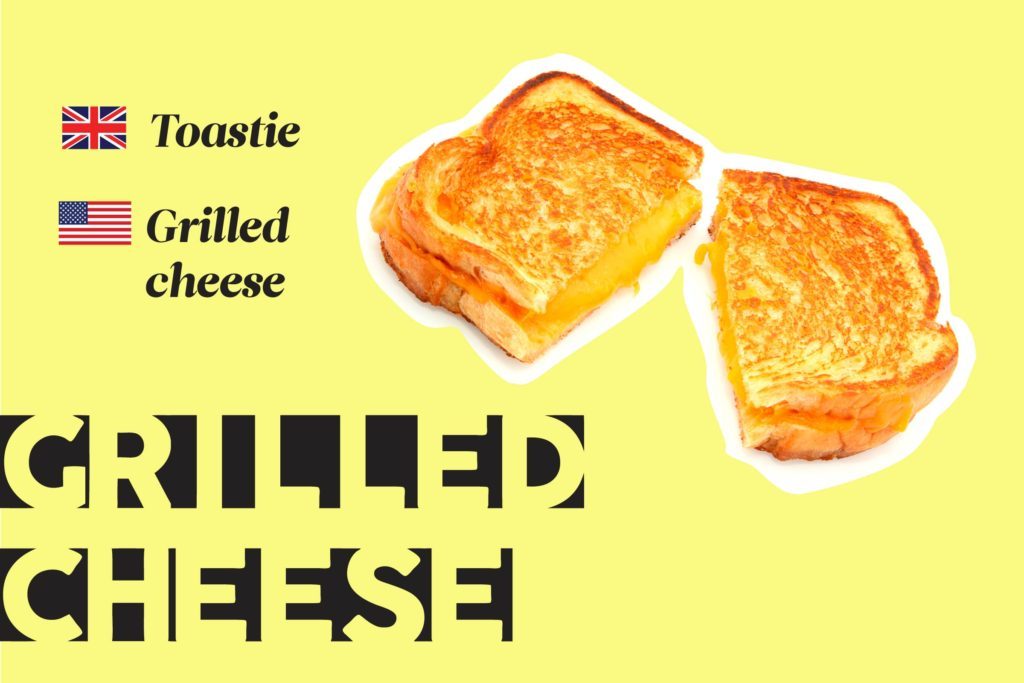 Don’t get disgruntled when you can’t find your favorite comfort food on a British menu. A cheese toastie will give you that same deliciously toasted bread and heavenly melted cheese that you’re looking for. It might be panini-pressed or baked in the oven instead of on a skillet, but it’s guaranteed to satisfy your craving. These 12 brands have hilarious names in other countries. 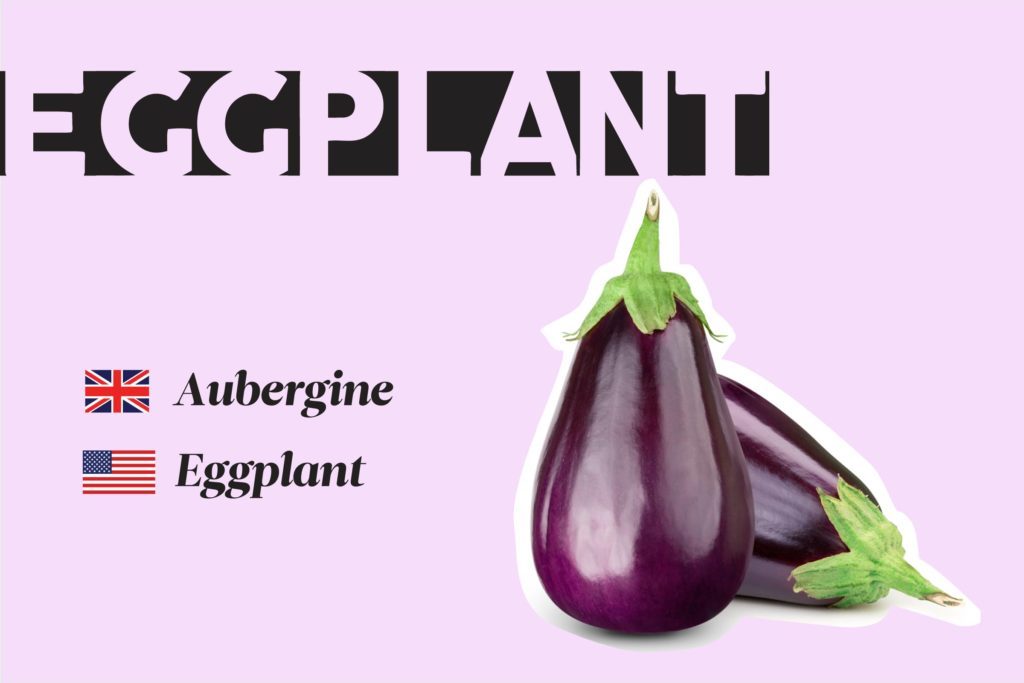 Brits say “aubergine” instead of “eggplant.” American clothing retailers seem to like the term too. You’ll usually see a dark purple shirt labeled “aubergine,” which we would imagine makes it a better sell than an “eggplant” top. 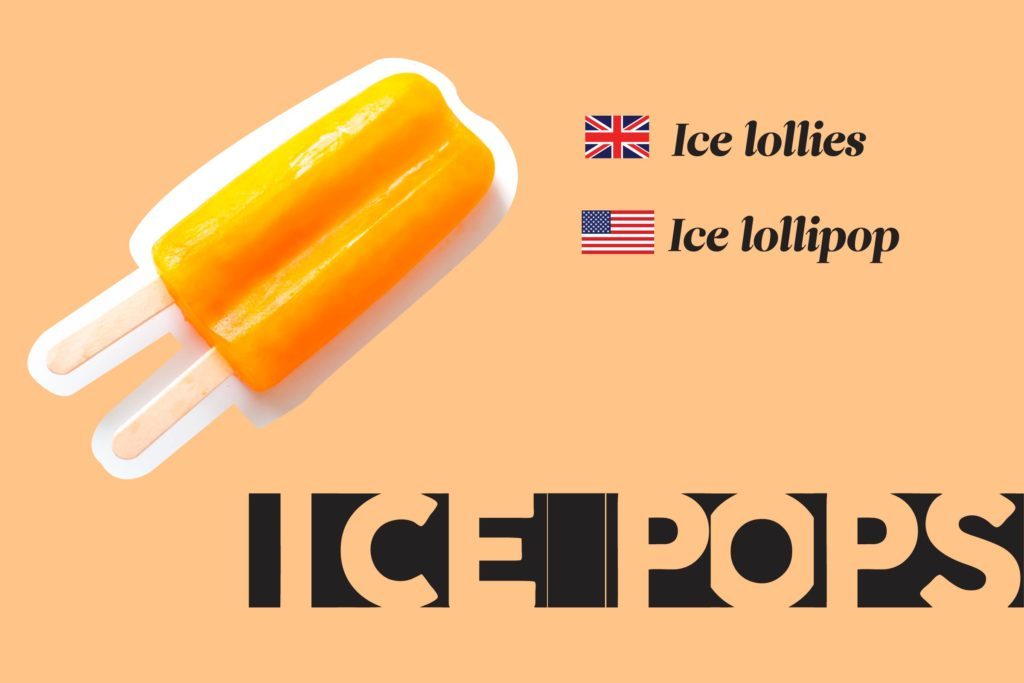 If you think of those frozen treats as an ice lollipop, Brits just take a different chunk of the word and call them ice lollies instead of pops. Perfect your dialect with these 11 British sayings everyone should know. 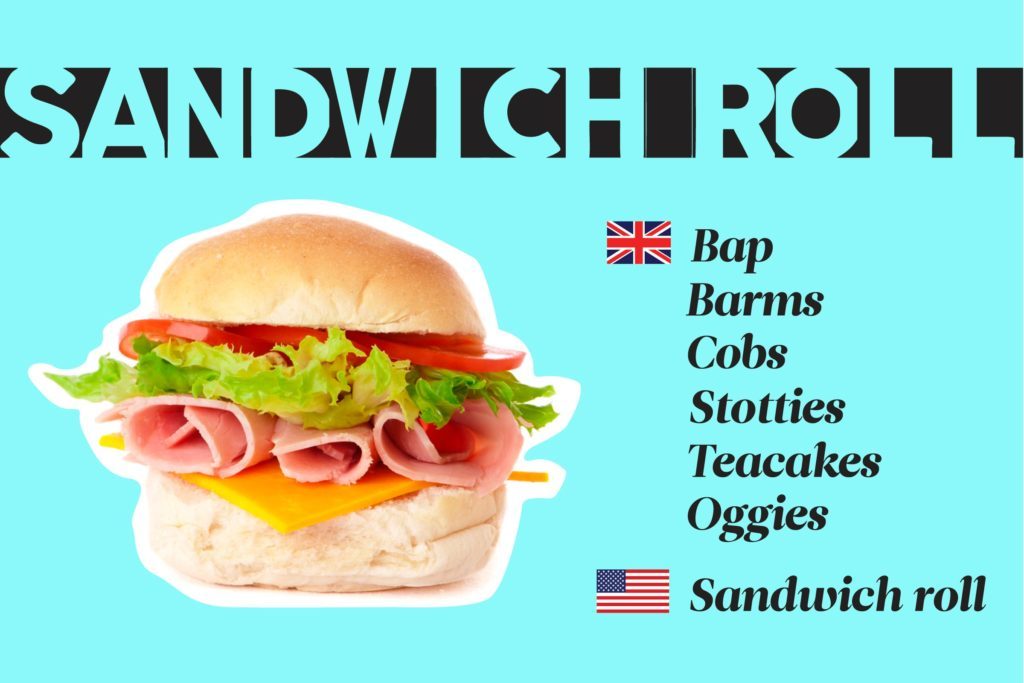 A soft, round roll you might consider a burger bun in the U.S. different names in Britain: a bap. Depending on where you are, you might also hear them called barms, cobs, stotties, teacakes, oggies, muffins, and more, according to Express. They’re often eaten at breakfast with one simple meat, topped with ketchup or BBQ sauce-like brown sauce. It’s worth a sandwich if for no other reason than the fun of saying “bacon bap.” 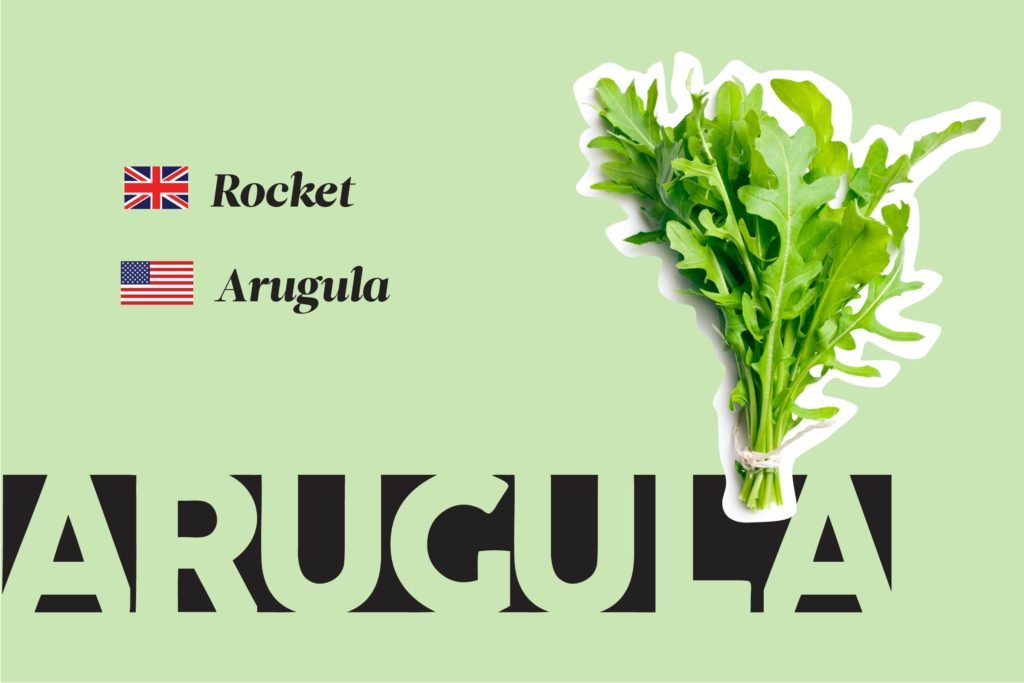 No, the rocket salad you see on a menu has nothing to do with space travel. “Rocket” is just another name for “arugula.” Here are 10 more words with different meanings in American and England.