You’ll be shocked at who has the highest net worth.

Whether you admire them for their established birthrights or myriad of leadership qualities, the esteemed British family is revered throughout countless nations. Royals seem to have it all—power, prestige, and perhaps most importantly, money. From gargantuan oil supplies to significant charitable donations, the wealth of the British royal family is quite substantial. Surprisingly, most of the money used to fund the British monarchy doesn’t actually come from the taxpayer—members of the royal family are all wealthy on their own. With the combined sums of inheritances, crown estates, and allowances, these royals are able to spare no expense when it comes to enjoying the better things in life. Although we can’t directly indulge ourselves in the abundant realm of high jewelry, impeccable art, and acres of land that comprise their lifestyle, we can revel in their considerable net worths to a cup of herbal tea—with our pinkies raised in the air of course. Though none of us can match up to the royal wallet, these royal etiquette tips will make anyone seem regal. 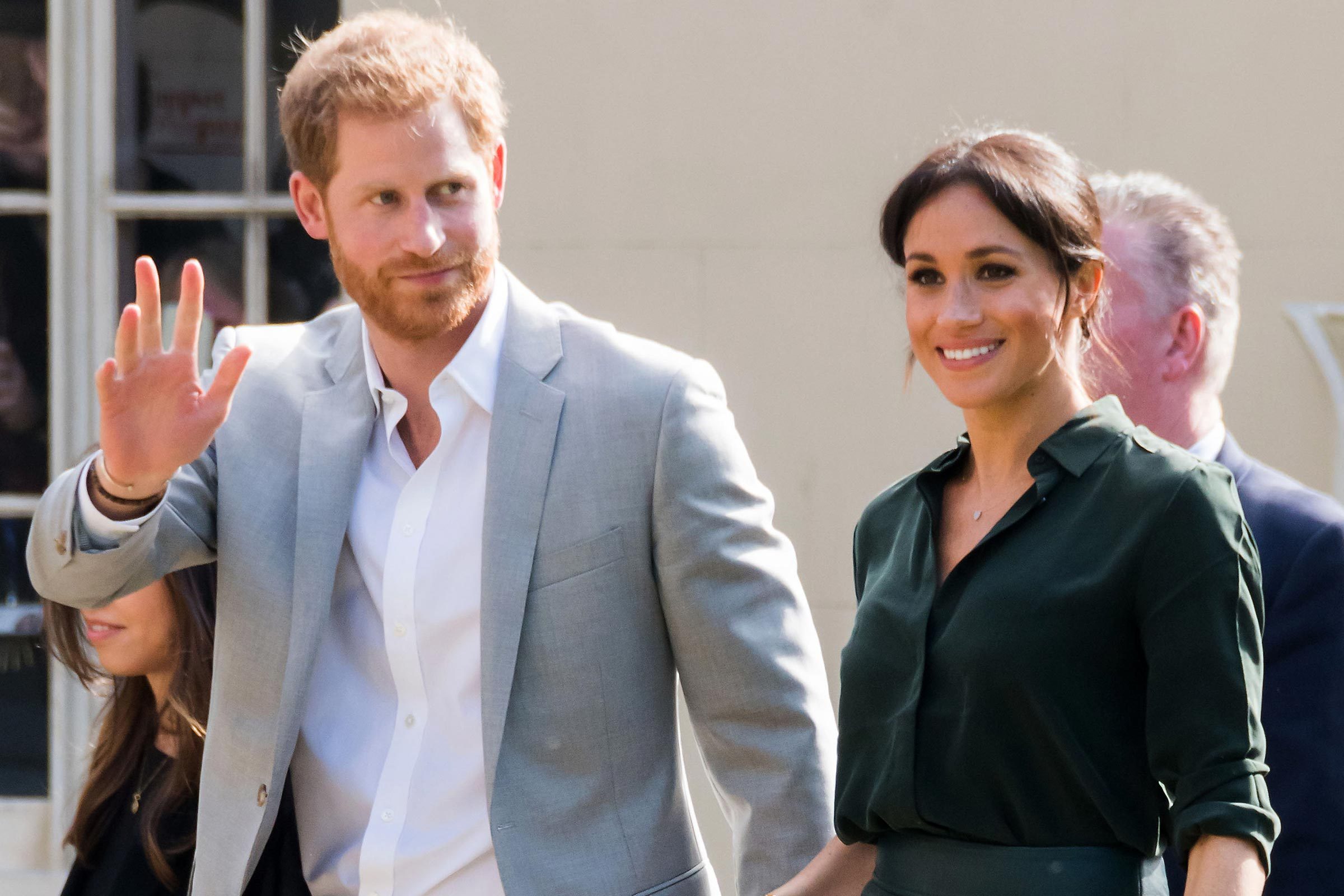 Net worth: Around $10 million

Since they stepped back as senior members of the royal family, Prince Harry and Meghan Markle have relocated to the United States and are financially independent of the Crown. Forbes’ latest estimate puts their net worth at around $10 million, which includes the equity from their home in California. It’s reported that Prince Harry used the $10 million inheritance he got from his late mother, Princess Diana, to help his family relocate.

Prince Harry and Meghan Markle do have projects that will add to their net worth, though. They have a three-year podcasting deal with Spotify, which could be worth between $15 million and $18 million, and a five-year, $100 million deal with Netflix.

Kate Middleton’s story has often been overplayed as a rags-to-riches ascent to royalty, but that’s actually far from the case; her family held substantial holdings with a collective net worth of $50 million. Most of this derives from an online party supply business called Party Pieces, which Breakthrough Branding has dubbed “the U.K.’s leading online and catalog party company.” Prince Charles also covers her official staff and wardrobe expenses, and some of her travel costs are often funded by the countries she visits, which means she gets to keep most of her personal money in the bank—one of the many benefits of having a prince for a husband, we assume. Although her net worth has been reported to be between $7 million to $10 million in terms of savings, her national worth with clothing sales and tourism revenue is rumored to be much higher. In any case, her combined wealth with her husband Prince William is said to increase once Prince Charles ascends to the throne.

It’s estimated that Prince Philip was worth $30 million at the time of his death in April 2021. He came from Greek and Danish royal lineages and served in the British Navy during World War II. Don’t miss these other details you may not know about the late Duke of Edinburgh.

It’s reported that Prince William, second in line to the throne after his father Prince Charles, is worth between $30 million and $40 million. Forbes reports that Prince William gets an annual income from the Duchy of Cornwall to cover the private expenses of his family. He reportedly received around $8 million in March 2020, which was split with Prince Harry and Meghan Markle before they stepped back from their royal duties. Like Prince Harry, Prince William received $10 million from Princess Diana’s estate. He also previously earned an annual salary as a helicopter pilot in the Royal Air Force.

As the next in line to the English throne, Prince Charles reigns over the highest British royal family net worth after Queen Elizabeth II. There’s speculation around just how much the future king is worth, as estimates range from $100 million to $400 million. According to Business Insider and Forbes, a significant bulk of this stems also from the Duchy of Cornwall, a private estate that owns and operates land in rural and urban areas, as well as various islands and cottages in Wales and Cornwall. The Duchy of Cornwall was established in 1937 to ensure that the heir to the throne would have a steady income. Although he doesn’t actually own the colossal real estate portfolio, Prince Charles’s royal position enables him to receive income from it as the land’s sole beneficiary. He also receives a portion of the Queen’s Sovereign Grant. Here’s what will happen when Prince Charles becomes king.

Much of the Queen’s net worth derives from owning property holdings like the $140 million Balmoral Castle in the Scottish Highlands, the $65 million Sandringham House, stud and fruit farms, marine land throughout the U.K., and one of the world’s largest stamp collections built by her grandfather. The estates she owns were inherited from her father, the late King George VI. The assets belonging to the Crown Estate are not included in her net worth, but she does get to enjoy them too as one of the many perks of being queen. This encompasses $10 billion worth of real estate, Buckingham Palace, and the Royal Art collection. The Queen also receives an annual government stipend and because this wealth is tied to her position, she could never sell the royal assets. This stipend does include a bit of taxpayer money, combined with the Duchy of Lancaster, another collection of properties (separate from the Crown Estate) used to generate the Queen’s private income. The Queen also has private collections of valuable furniture and jewelry. Here are more interesting facts about Queen Elizabeth.

Apparently, being a youngster in the royal monarchy comes with some pretty big bucks. Prince George is estimated at a net worth of $3 billion and Prince Louis is estimated between $70 million and $125 million. Princess Charlotte, however, takes the cake from the entire family with a whopping $5 billion. The reason for Charlotte’s incredibly high value is in large part due to her fashion influence; taking off closely after her mother, the stylish tot has eyes on her style all over the nation. Deemed as the “Charlotte effect,” a yellow pastel patterned cardigan worn by the princess from a popular British department store sold out in 24 hours. Regardless, their substantial value doesn’t mean the royal children can go around flashing their Amex cards whenever they want. Since the royal children haven’t physically received inheritances (or worked a day in their life), their net worths are calculated by their value to the U.K. economy. Because they believe the children have the potential to drive billions in sales, their net worths have been determined as so. But wealth isn’t the only plus for the House of Windsor. Check out these 15 bizarre perks of being in the royal family.