Titles and crowns aren't the only things that get passed down the royal line. Here's the lowdown on the Crown Prince's private income: the Duchy of Cornwall.

Editor’s note: Queen Elizabeth II, Britain’s longest-reigning monarch, who sat on the throne for 70 years, has died at 96 years old. In a statement on Sept. 8, 2022, the Royal Family website writes, “The Queen died peacefully at Balmoral this afternoon. The King and The Queen Consort will remain at Balmoral this evening and will return to London tomorrow.” The Reader’s Digest team sends condolences to the royal family and all of Britain at this time as we honor her life and legacy.

There are some things that define the British royal family: a lineage that stretches back into the mists of time, a collection of really nice tiaras and a net worth of around $28 billion—more than the gross domestic product of some countries. Calculating how much the British royal family is worth takes adding up a long list of assets, including real estate and farmlands, palaces and duchies (like the Duchy of Cornwall and the Duchy of Lancaster) and really big jewels.

The royals will never sell most of these assets, guaranteeing they can continue to pass them down the royal family tree. But they receive 25% of the income from the Crown Estate (worth some $19.5 billion), an allowance called the Sovereign Grant, which is divided among family members and used for what you might call expenses. Our expenses might be things like coffee and toilet paper, but a royal’s expenses include private security detail and housekeepers. To each their own.

Of course, each individual royal also has an impressive personal net worth. The late Queen Elizabeth II is estimated to have had personal assets worth around $500 million, which included art, yet more jewels and productive farmland inherited from her father, King George VI.

As you might expect, the second-wealthiest royal is Elizabeth’s heir, the newly minted King Charles III. Until his mother’s recent death, Charles was the Duke of Cornwall, and he wasn’t just getting income from the Sovereign Grant (although he definitely was getting income from the Sovereign Grant). He also had his own money-making venture known as the Duchy of Cornwall (worth $1.3 billion), which helped to bump his personal net worth over the $400 million mark.

And Charles’s eldest son, Prince William, isn’t exactly looking down the back of the couch for change either. Until very recently, Prince William’s income included a tidy inheritance from his mother, Princess Diana, and a stipend from his father’s business, the Duchy of Cornwall. But now that Charles is king, Prince William has inherited the title Duke of Cornwall. (And it’s both Instagram and Twitter official.) That means that William is set to get a whole lot richer.

What is the Duchy of Cornwall?

Like everything else the royal family owns, the Duchy of Cornwall is ancient. It was set up by King Edward III in 1337 to give his son Edward an income stream that would allow him to be independent—and stay out of trouble.

The word “duchy” basically translates to “duke’s lands.” It’s an asset package that provides the bulk of the duke’s income and allows him to support himself while he waits to become king. And Charles had been waiting a while: After 70 years of holding the duchy, Charles was the longest-serving duke in history.

Over the past 700 years or so, the duchy has been passed down from eldest son to eldest son, along with the title of Duke of Cornwall, as per its original charter. That means neither Prince William’s younger brother, Prince Harry, nor his youngest son, Prince Louis, are in line to inherit it.

What’s included in the Duchy of Cornwall?

The estate of the Duchy of Cornwall, spread across 20 counties in England, is estimated to be worth around $1.3 billion. According to the 2022 Integrated Annual Report, the duchy includes 2,640 leases and tenancy agreements, 260 farms, about $67 million in development land and around $397 million in commercial property.

Income from the estate mainly comes from renting out the lands and properties, but the royals pull in more money through the duchy’s businesses, like the Duchy Nursery and various holiday cottages. Although most of the land has been in the duchy since 1337, it does occasionally add assets to its portfolio, such as the Hereford estates, purchased in 1991.

The duchy is also a place where the duke can create his own projects. Since 1993, Charles has been building a mixed-use sustainable urban community called Poundbury in Dorset, which is now home to around 3,800 people. It’s built to be as walkable as possible, which makes sense when your mother had so many corgis.

It remains to be seen how Prince William will use the land as the new Duke of Cornwall.

What land is in the Duchy of Cornwall?

We all like to get away sometimes, and Prince William now has a lot of room to do so. The Duchy of Cornwall extends across the southwest of the U.K., covering 52,449 hectares (nearly 130,000 acres) across 20 counties of England and Wales. Of course, after nearly 700 years of ownership, the portfolio is very diverse.

First, there are the farms. Charles is a well-known advocate for sustainability and conservation, as well as a believer in organic farming. When he was the Duke of Cornwall, many of the farms across the estate were run with organic principles. The duchy is also made up of rivers and old-growth, sustainably managed forests, along with estuaries, coastlines and 270 ancient monuments, some dating back to the Bronze Age.

On top of all that, the duchy includes the Isles of Scilly, a group of stunningly beautiful islands off the coast of Cornwall; the famous Oval cricket ground; several nearby properties in Kennington, South London; and most bizarrely, the Grade II–listed Dartmoor Prison in Dartmoor National Park in Devon. (Nothing like a royal-owned prison to keep the late Queen Elizabeth’s grandchildren in line!)

How much money does the Duchy of Cornwall bring in?

As per the charter of 1337, the Duchy of Cornwall can make money for its owner only by generating income, mostly from renting out the land. Should Prince William or his heirs ever sell any of the duchy, they would not be entitled to the proceeds. But with the duchy pulling in around $27.4 million in net surplus in 2022, we don’t think there are any for-sale signs on the horizon.

So, where does that money go? When Charles was the duke, he put some of the money toward taxes—despite the fact that he had no legal obligation to pay income tax on his income from the duchy, he chose to do so. With the remainder, he funded his and wife Camilla‘s 500 charities and both public and private activities.

He also distributed some money to princes William and Harry and their families; the younger princes apparently received a combined $7.8 million in 2020. That doesn’t sound too shabby until you consider that the 24/7 security detail the royals need to keep them safe reportedly costs as much as $4 million per year. At least there’s the money Prince William and Prince Harry inherited from Princess Diana to help with their costs.

Who will hold the Duchy of Cornwall after Prince Charles?

For nearly 700 years, the Duchy of Cornwall and its associated title, the Duke of Cornwall, has passed to the eldest surviving son of the monarch, as per the original charter of 1337.

This year, the queen became the first British monarch to celebrate a Platinum Jubilee, which marked her 70 years as queen. But even her impressive reign couldn’t last forever. With the death of the queen, King Charles has taken the throne.

When Charles became king, his eldest son took on his title of Duke of Cornwall and will inherit the Duchy of Cornwall as well—including sole access to all those assets. The king also announced that Prince William will take the title Prince of Wales.

It will be interesting to see if Prince William will continue to run the portfolio with the same sustainability-centered values as his father, or what changes he might make to this ancient estate to preserve it for the next generation of royals.

Who will hold the Duchy of Cornwall after Prince William?

As Prince William’s eldest son, Prince George is next in line for the title and lands of the Duchy of Cornwall. Remember, the reigning monarch’s oldest son inherits the duchy.

Which begs the question: Who was the Duke of Cornwall before Charles? The queen had only a sister, remember? Well, because neither Elizabeth nor her sister, Margaret, were eligible to inherit the Duchy of Cornwall, the income from it simply went to the crown in general while Elizabeth’s father was king. When she was named queen in 1952, Charles was named Duke of Cornwall.

In 2011, the Sovereign Grant Act was passed, guaranteeing that the revenues from the Duchy of Cornwall would pass to the heir to the throne, whether or not the heir is the Duke of Cornwall. And 2013 saw the passing of the Succession to the Crown Act, which ended the system of male primogeniture, through which a younger son came before an older daughter in line for the throne. With those modernizations, a female heir like Princess Charlotte, fourth in line, could receive the income from the Duchy of Cornwall without being the Duke of Cornwall herself. Progress!

Do other royal family members have anything similar to the Duchy of Cornwall?

Although the Duchy of Cornwall was the first duchy to be set up in England, it’s not the only one. The Duchy of Lancaster was founded in 1399 and passes through the line of succession from monarch to monarch. Queen Victoria thought that “duke” was the correct title for someone owning the lands of a dukedom (aka a duchy), which means that, yes, you can refer to the queen as the Duke of Lancaster.

Consisting of around 46,000 acres of land in England and Wales, the duchy has commercial, residential and agricultural assets totaling nearly $750 million, with a 2022 net surplus of nearly $28 million. And here’s something you probably didn’t know about the royal family: They pay taxes, just like us. Though in the queen’s case, her taxes on the Duchy of Lancaster were voluntary. And we thought it was only Kate Middleton who was relatable. Maybe that’s why Lancastrians used to toast the monarch with the words “the queen, Duke of Lancaster!”

What Does Queen Elizabeth II Do?

Why the Queen Will Never Step Down 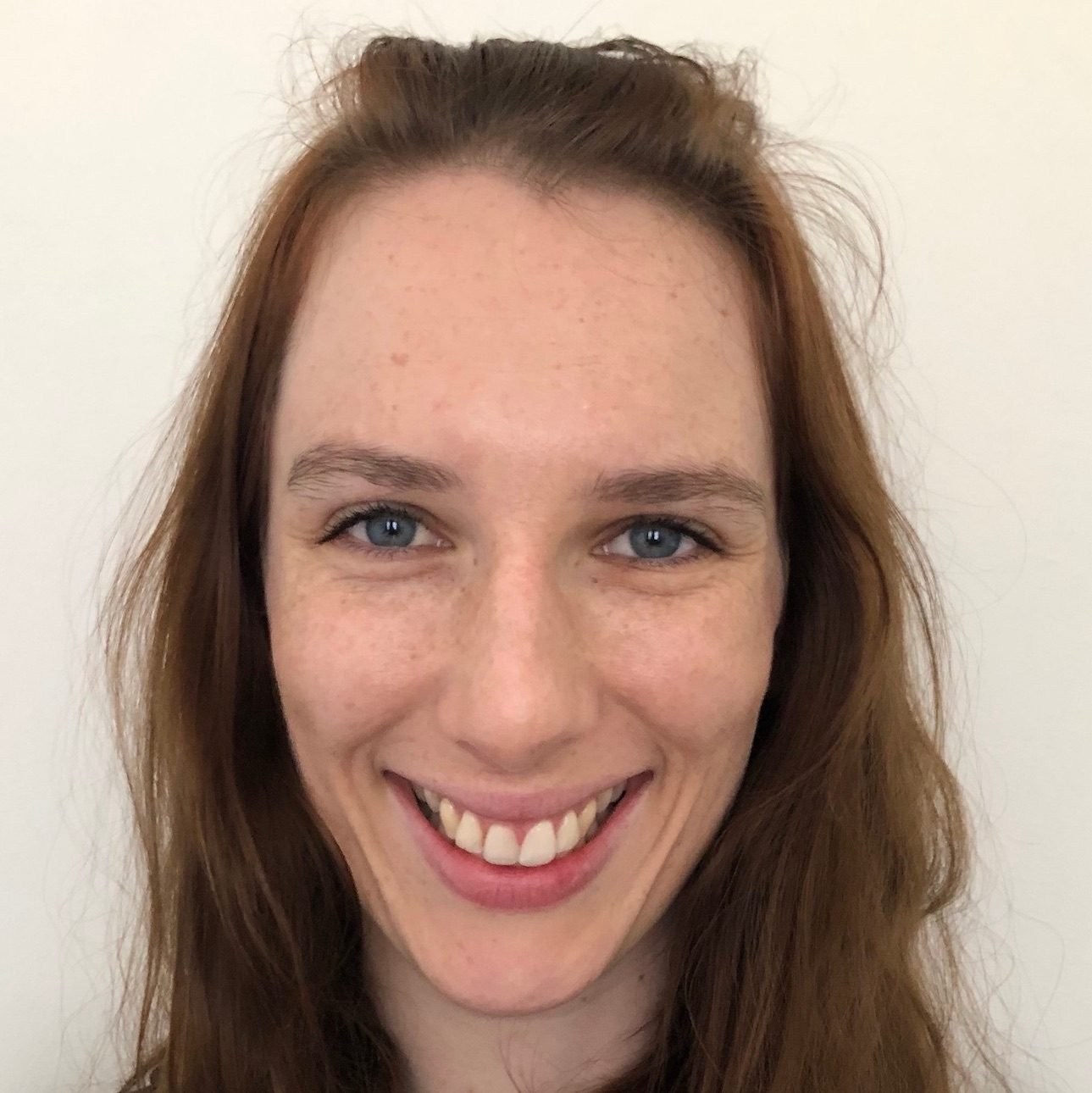 Chloë Nannestad
Chloë is a lifestyle writer covering crafts, holidays, beauty, and amazing products for RD.com. When she's not scouring the Internet or reading product reviews, she's planning her next backpacking trip and thinking about getting a dog.
Now Trending
The Reader’s Digest Book Club: Your New Favorite Book Awaits
Everything to Know About Prince William and Kate’s U.S. Visit to Boston
You Won’t Believe How Flirty Prince William’s Nickname from Kate Middleton Is