There's more to these famous faces than meets the eye. 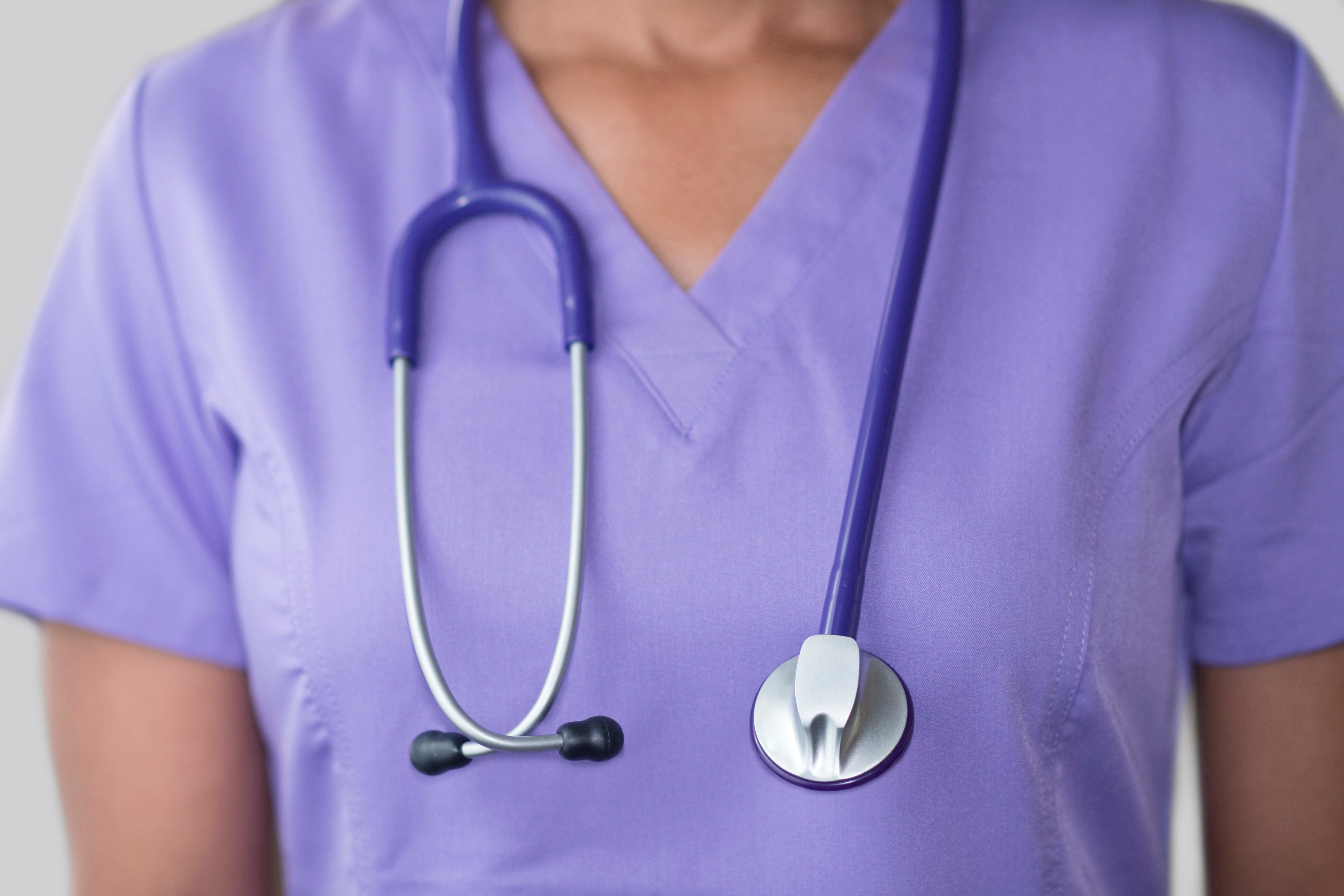 Let’s hear it for the nurses!

Nurses are the backbone of the professional medical community. They don’t just help treat patients—they also provide a shoulder to lean on, file mountains of paperwork, act as the eyes and ears for doctors, and offer guidance for follow-up care. There’s a reason that nurses are consistently ranked as the most trusted professionals in the country. Constantly on their feet and working around the clock, these folks should be celebrated every day. But there is one very specific holiday dedicated to honoring them: National Nurses Day on May 6. To celebrate, say thank you to a nurse, especially at this challenging time, and for a little bit of fun, check out these celebrities who once worked in this field. 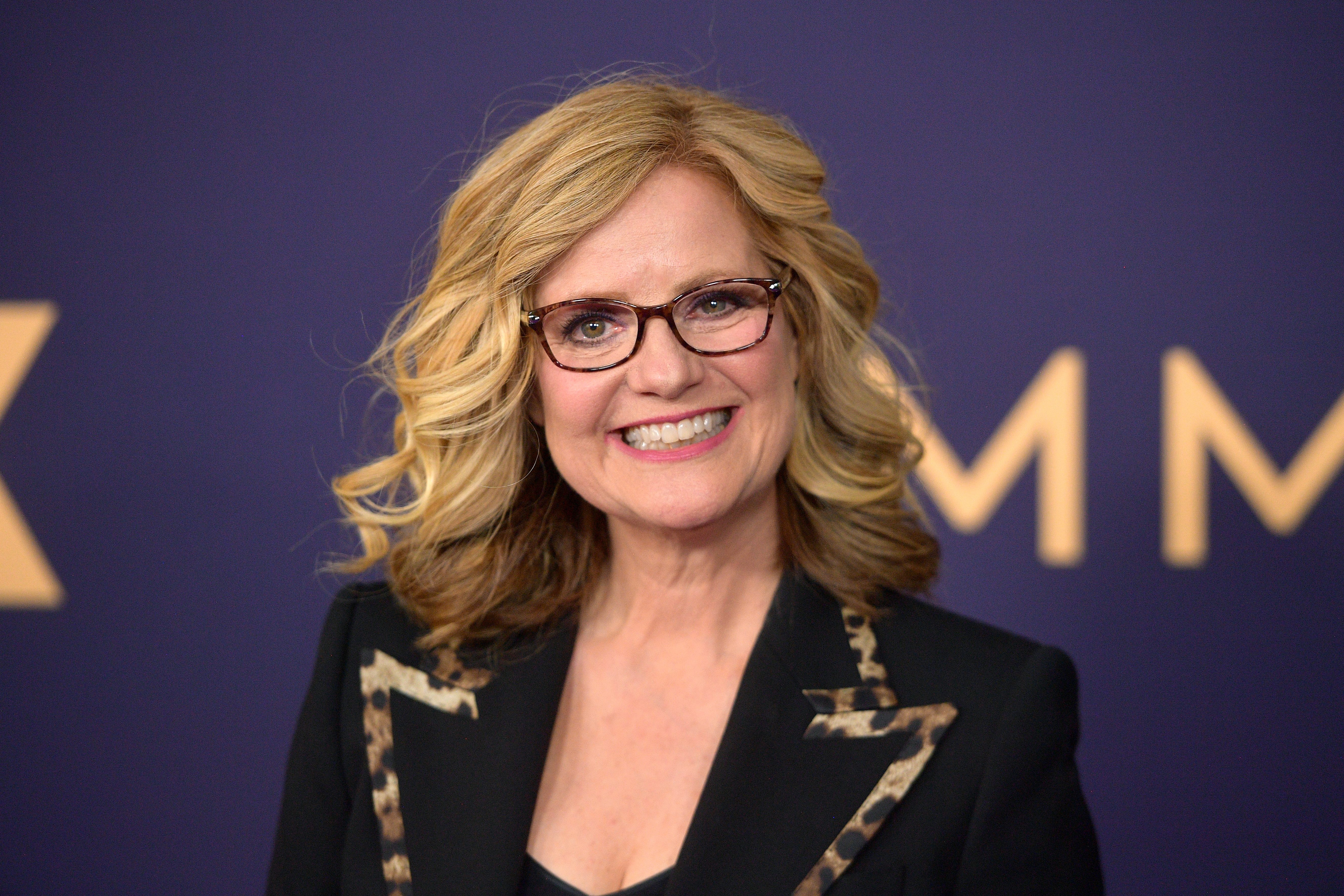 Illinois native Bonnie Hunt, best known for her roles in feature films like Jerry Maguire and Cheaper by the Dozen, volunteered as a candy striper at a local hospital when she was a teenager, according to the Chicago Tribune. On the suggestion of her father, she entered nursing school, though initially didn’t plan on finishing because her heart wasn’t in it. After her dad passed away, though, she worked with a patient who had a special connection to her family, and that encouraged her to stick with nursing.

“One day, Mr. O’Brien was talking about this man as I was reading his chart. I noticed that he worked for the city, and I told him that my father worked for the city and I wondered if he knew him. I told him my father’s name was Bob Hunt and his jaw dropped,” Hunt told the newspaper. “He said, ‘That’s the man I’ve been talking about.'” The actress then went on to work for Northwestern University Hospital for five years. Check out these surprising things you didn’t know about being a nurse. 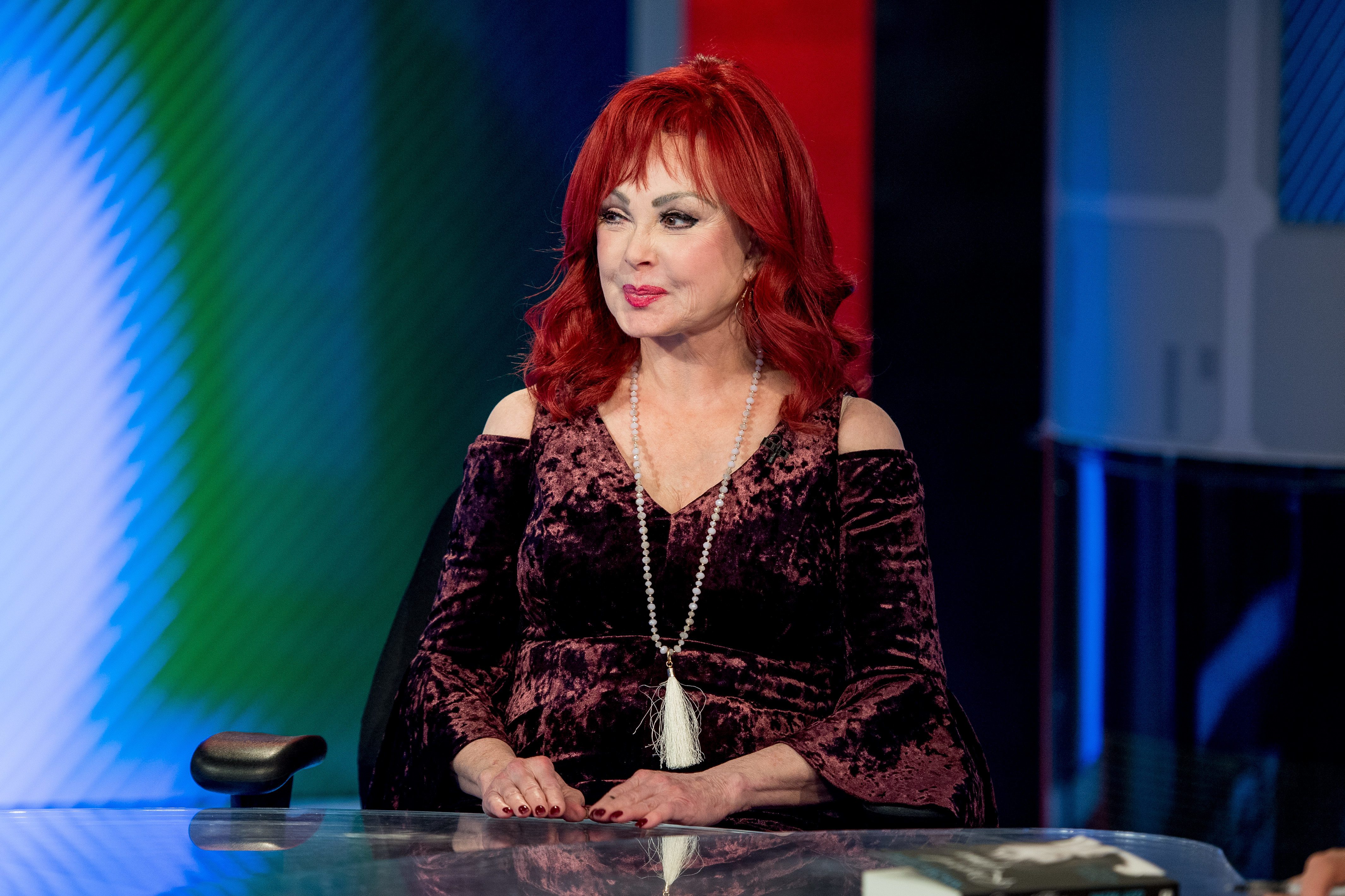 You know Naomi Judd as a beloved country singer, but before she hit it big with daughter Wynonna, she worked as an ICU nurse. “While working at hospitals in Nashville, Tennessee, I worked mainly in the intensive care unit, ICU,” she told Everyday Health. “If you’ve ever watched medical shows on TV, you know that the ICU can be very fast-paced and stressful, with life and death situations. Many times I was stuck with needles and even got bodily fluids on me.” She left the nursing field in 1984. Judd was diagnosed with hepatitis C in 1991, which was likely the result of coming into contact with an infected needle during her hospital-work days. Discover the other jobs celebrities had before becoming famous. 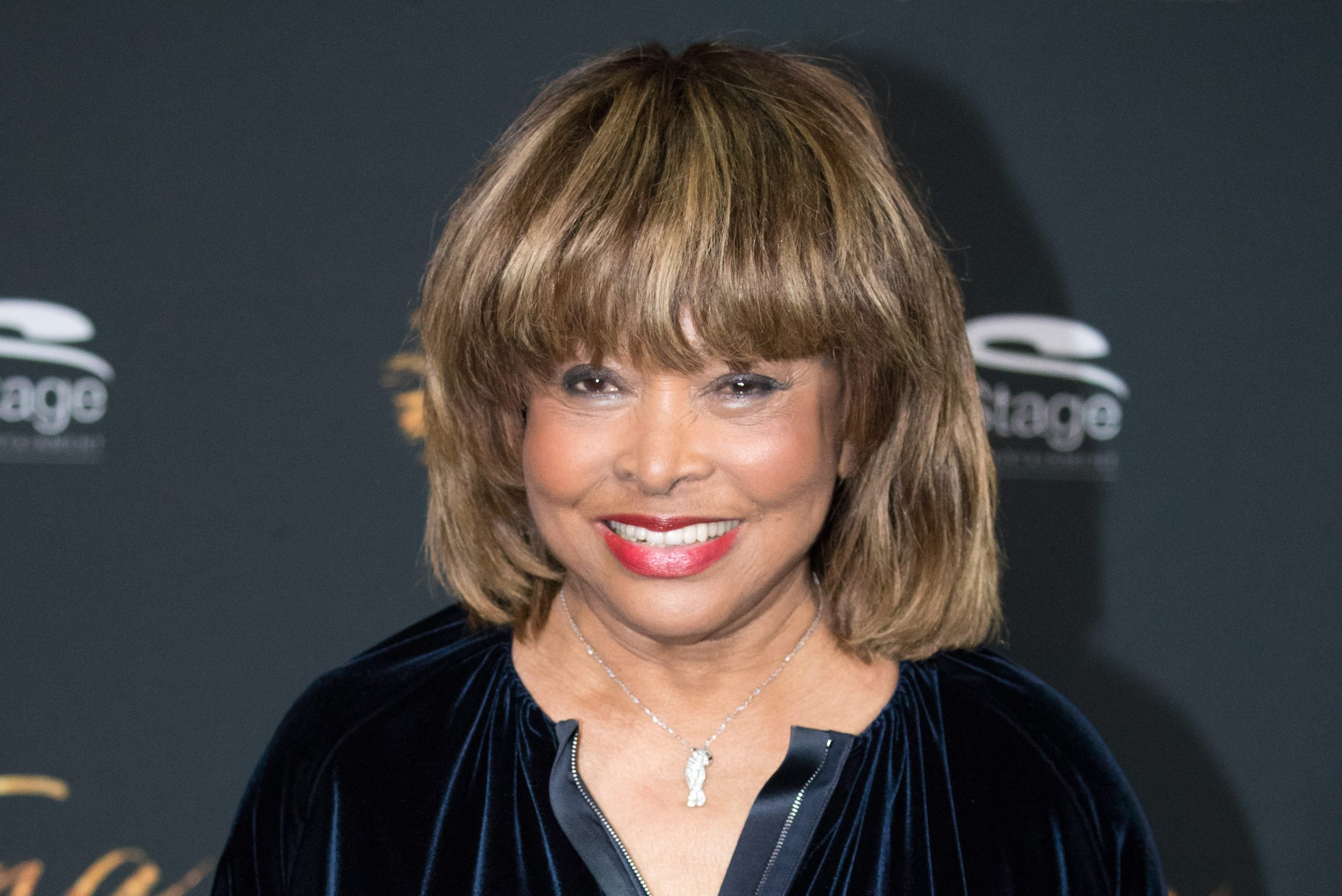 Before she became a musical icon, Tina Turner (whose birth name is Anna Mae Bullock) held a very different job. After graduating from high school, the “What’s Love Got to Do with It” singer worked as a nurse’s aide at Barnes-Jewish Hospital in St. Louis. She had recently given birth to her first child and was trying to make ends meet, though she’d always had a passion for singing. “I was planning on going to school to be a practical nurse because the club thing was still a bit shaky,” Turner said in an interview with Rolling Stone in 1986. “Then Ike (Turner, her ex-husband) lost his singer and asked me if I would sing.” 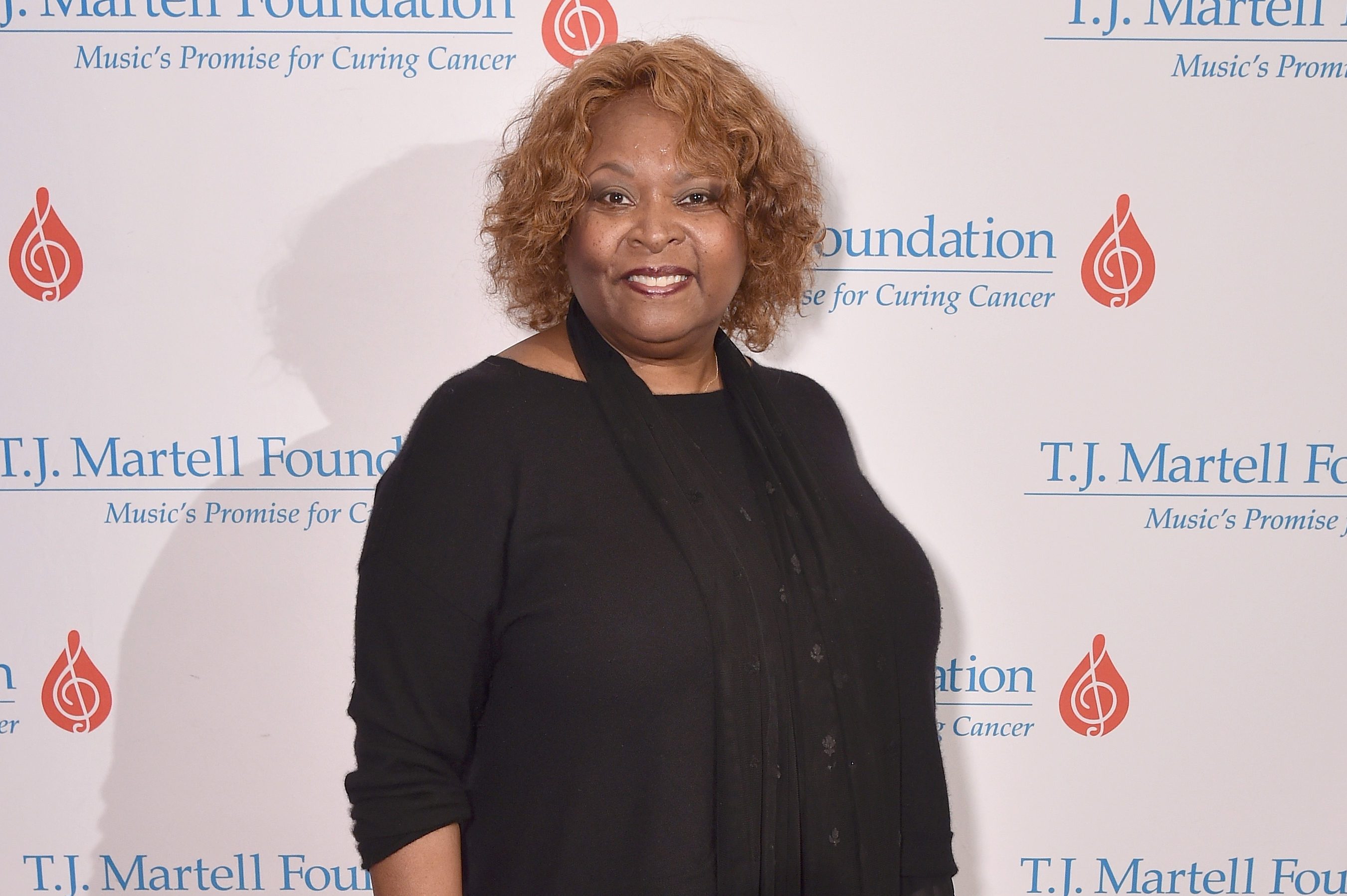 It takes a strong person to work with shock jock Howard Stern day in and day out, so it shouldn’t really come as a surprise that his radio sidekick Robin Quivers once worked as a nurse. Not only that, but Quivers was a nurse in the United States Air Force, where she eventually held the rank of captain. The Baltimore native received her nursing degree from the University of Maryland. But, according to an interview with The Baltimore Sun, Quivers didn’t feel completely fulfilled by the job and longed for a career change. That’s when she began taking courses at the Broadcasting Institute of Maryland, paving the way for her work in radio. 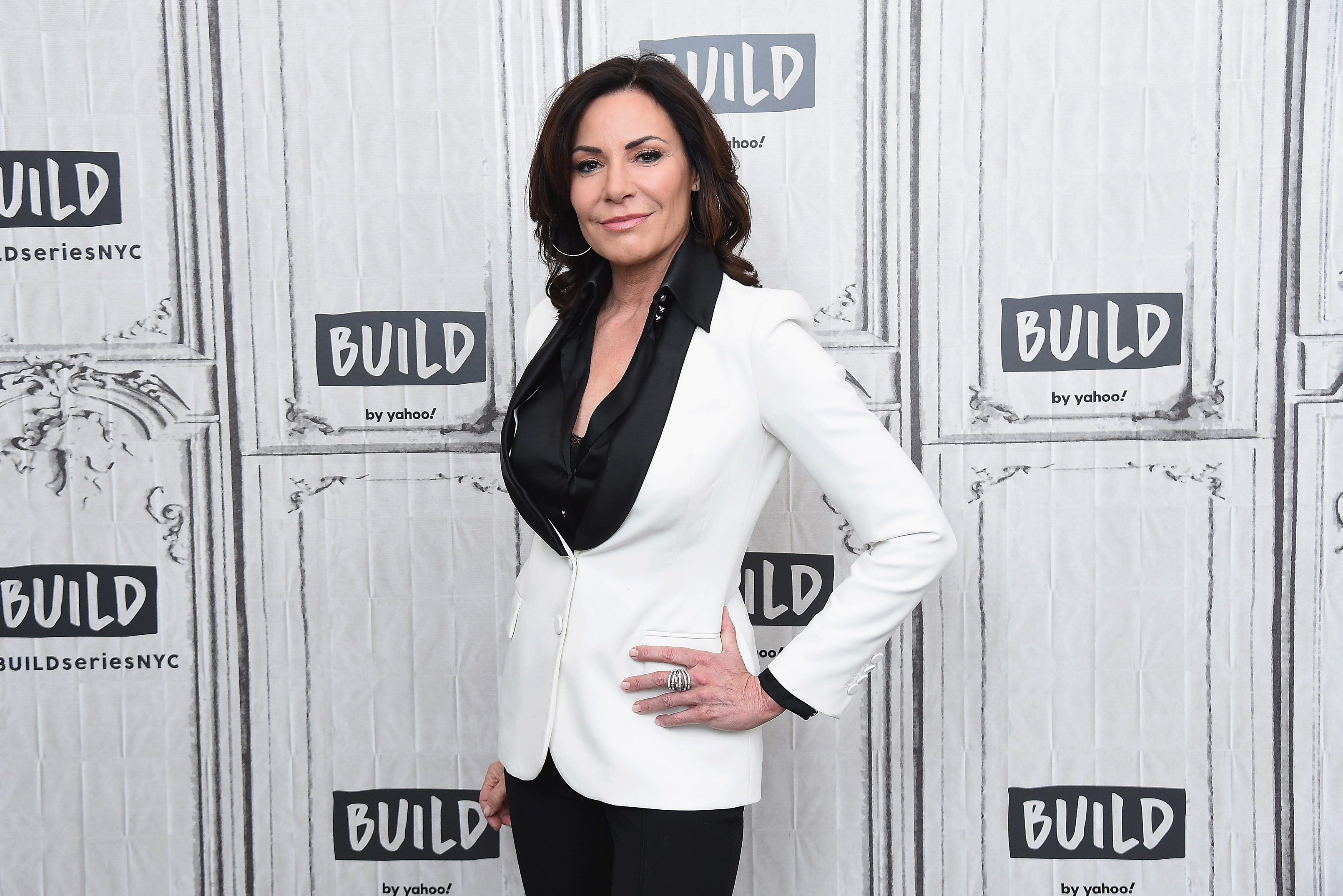 If you think Real Housewives of New York City star Luann de Lesseps only turns up the drama for the cameras, think again. The reality star has a pretty fascinating past, including a short career spent as a nurse. “I became a nurse because I fell in love with the elderly,” de Lesseps told Woman’s Day. “Then I became a model, moved to Italy, and worked for Italian television. I have a whole past.” She points to the time in her life spent as a nurse to prove to people that she’s more than someone who married a French aristocrat and became a Countess. “I think people think, oh, the Countess, and they have these preconceived notions that I’m this stuck-up countess—it’s so not true,” she says. These are the 50 secrets nurses wish they could tell you. 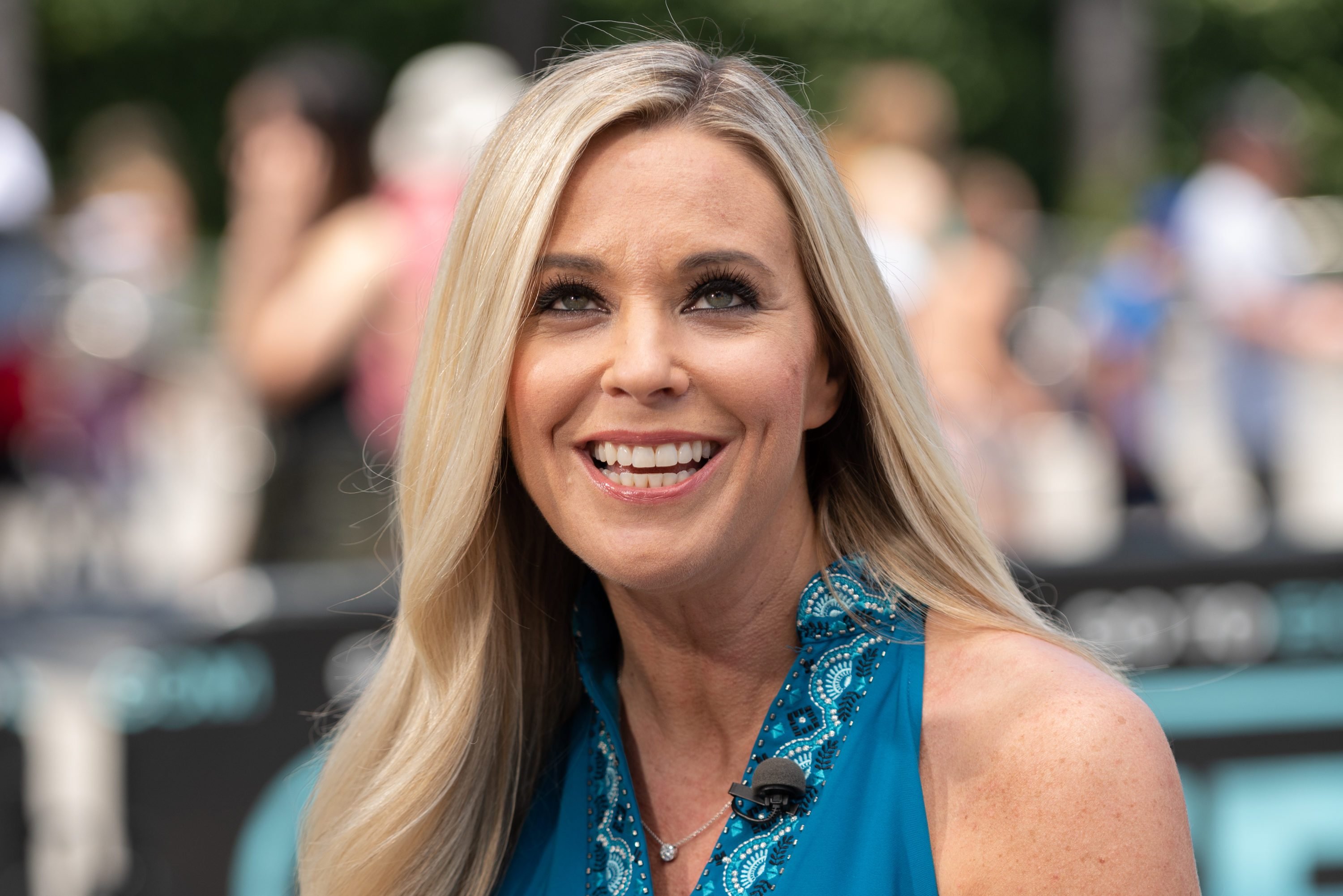 When America first met Kate Gosselin, she was chasing after a brood of eight kids on the TLC reality show Jon & Kate Plus 8. Before this, however, she was a nurse. Specifically, Gosselin worked as a labor and delivery room nurse after finishing nursing school at Pennsylvania’s Reading Hospital and Medical Center. She left the job when she and then-husband Jon Gosselin started their family with twins Cara and Mady. While she renewed her nursing license in 2009, according to the Daily News, Gosselin hasn’t returned to hospital work. 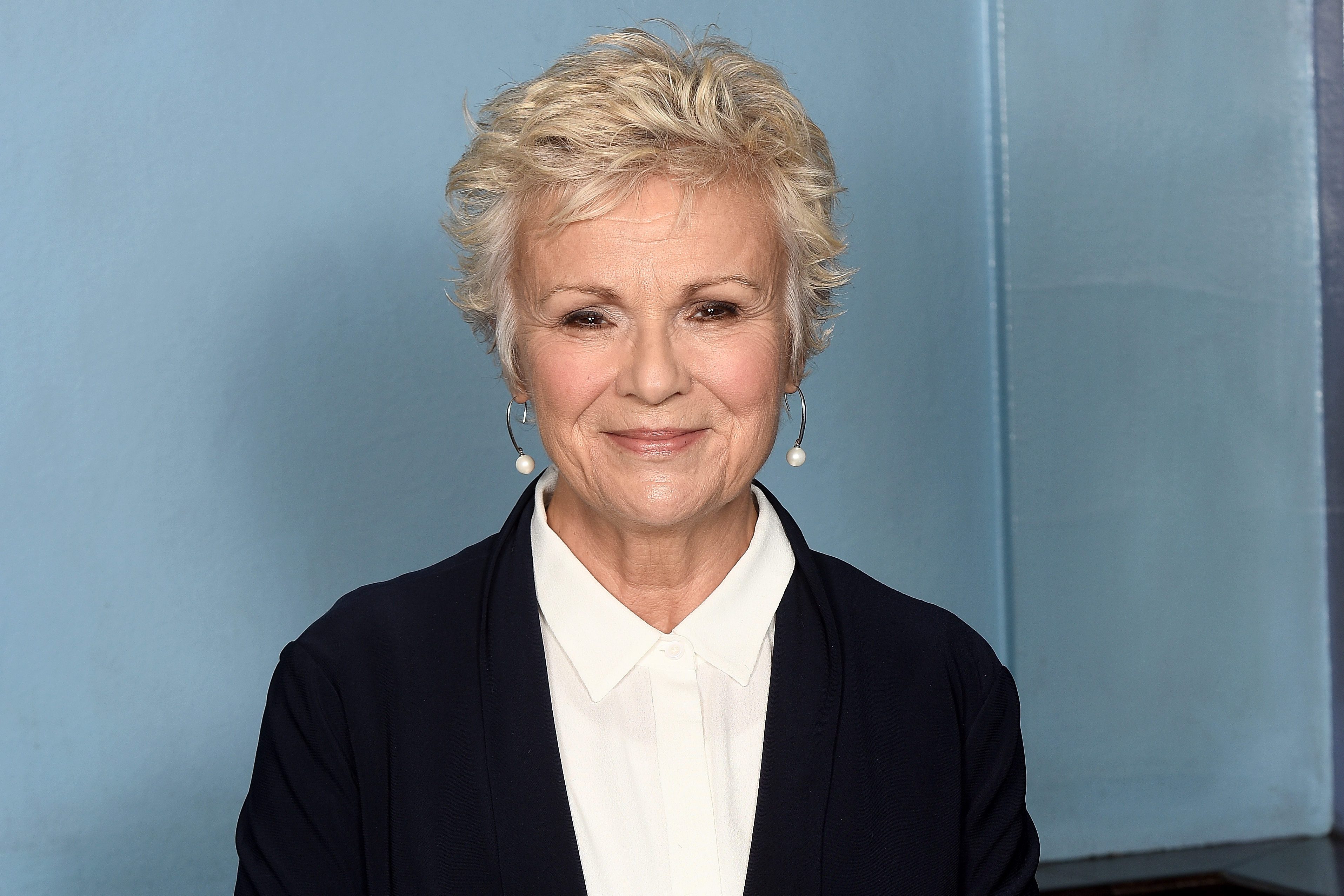 Dame Julie Walters has captured the hearts of moviegoers and television viewers for decades through roles in the Harry Potter film franchise (as Mrs. Weasley), Mamma Mia!, and Billy Elliot. However, Walters wasn’t always an actress (though she pretty much always aspired to be). According to the Los Angeles Times, she enrolled in nursing school at her mother’s request. But midway through her coursework, she realized that she couldn’t see herself being a nurse forever. “I was working on a ward where a sister (a nurse) was 67,” recalls Walters. “She still lived in the nurses’ home. I said, ‘Oh, my God, that could be me.'” She applied for a drama program at university in Manchester, and the rest, as they say, is history. Here are 20 things you’re probably doing that nurses wouldn’t. 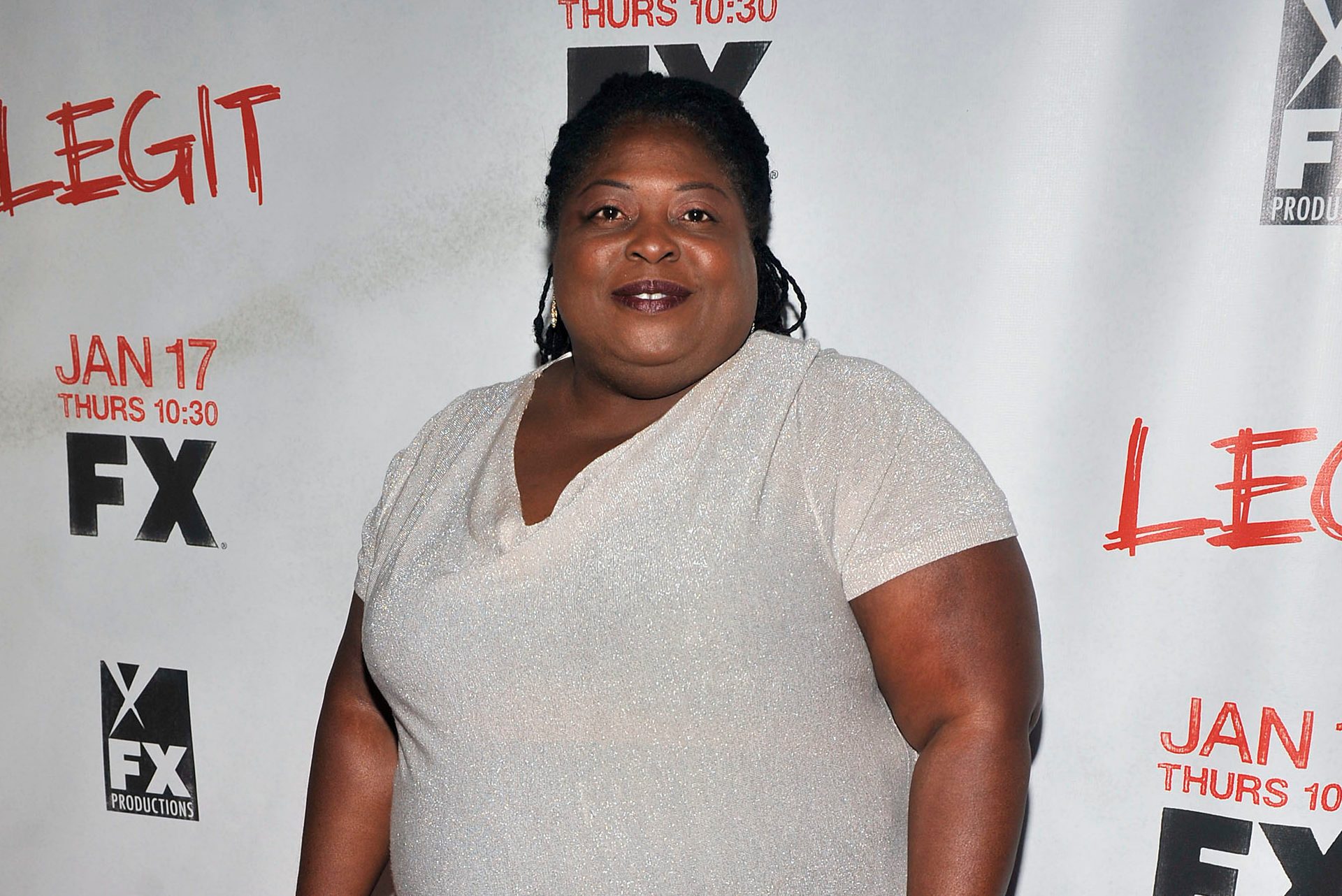 Soap opera fans best know actress Sonya Eddy as fictional nurse Epiphany Johnson on General Hospital. But once upon a time, Eddy was a nurse in real life as well. A graduate of the University of California, Davis, she also became a licensed vocational nurse (LVN). According to Nursing.org, an LVN can provide “basic medical care to the sick, injured, and disabled under the supervision of doctors and/or registered nurses (RNs).” Eddy scored her first acting credit on The Drew Carey Show in 1995. Interestingly, she has played a nurse on television more than once. Aside from her General Hospital role, she also portrayed a TV nurse on Beverly Hills, 90210, High School High, and Arli$$. Read up on these 16 things doctors and nurses think everyone should know. 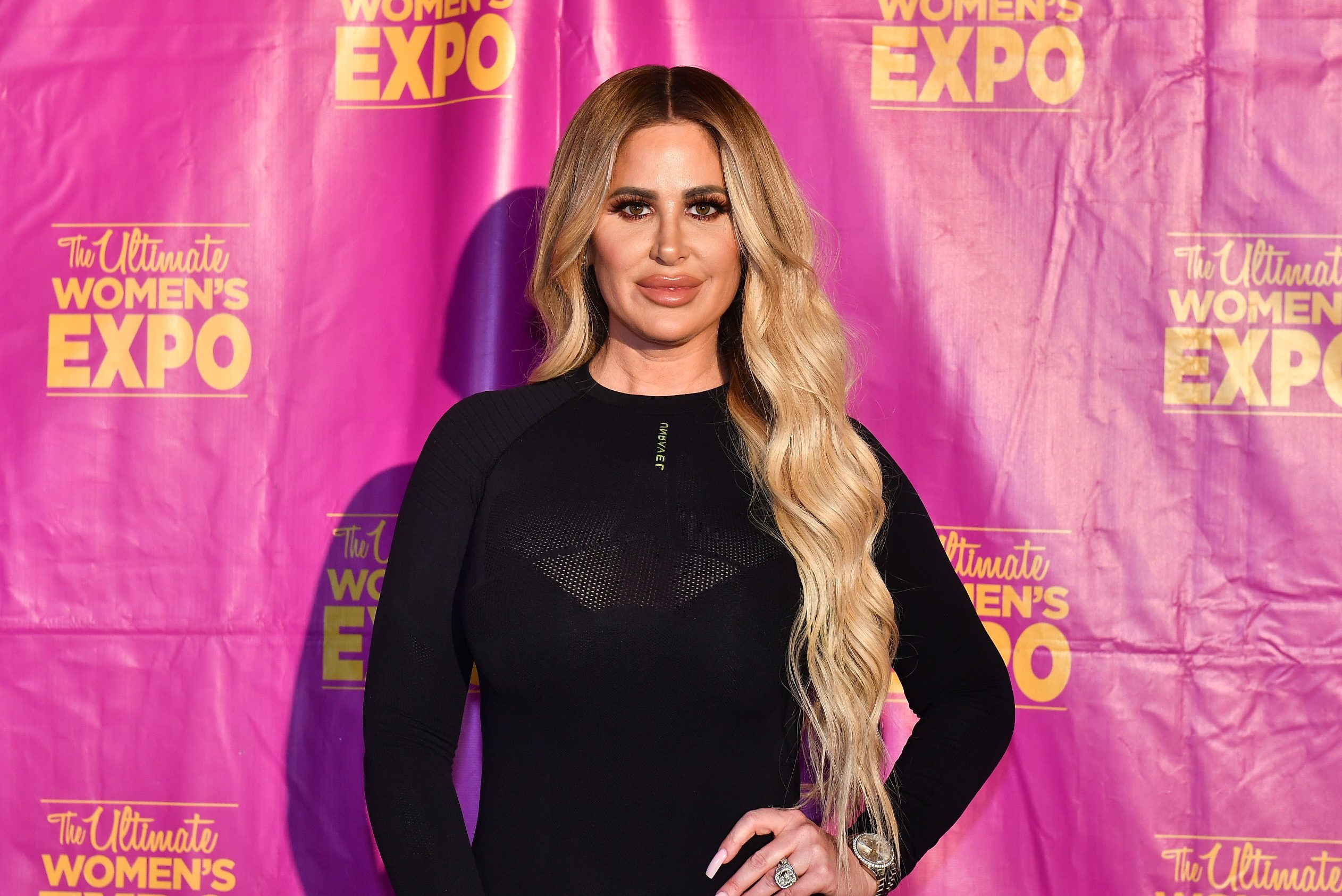 Today, she’s a reality star and mom to six kids, but back in the day, Kim Zolciak-Biermann was a Licensed Practical Nurse (LPN) in both Georgia, where she resides now, and Connecticut. “The day I graduated nursing school I was so damn proud of myself,” she wrote on social media. The former Real Housewives of Atlanta cast member even put her medical knowledge to use on the Bravo series once, when she set out to prove that costar Phaedra Parks was lying about when she got pregnant and how far along she was. The storyline revolved around Parks insisting that her ob-gyn was getting ready to induce her before her eighth month of pregnancy. Zolciak-Biermann stated a doctor wouldn’t induce a woman that early because an important protein has yet to develop in the child’s lungs. Who knew? 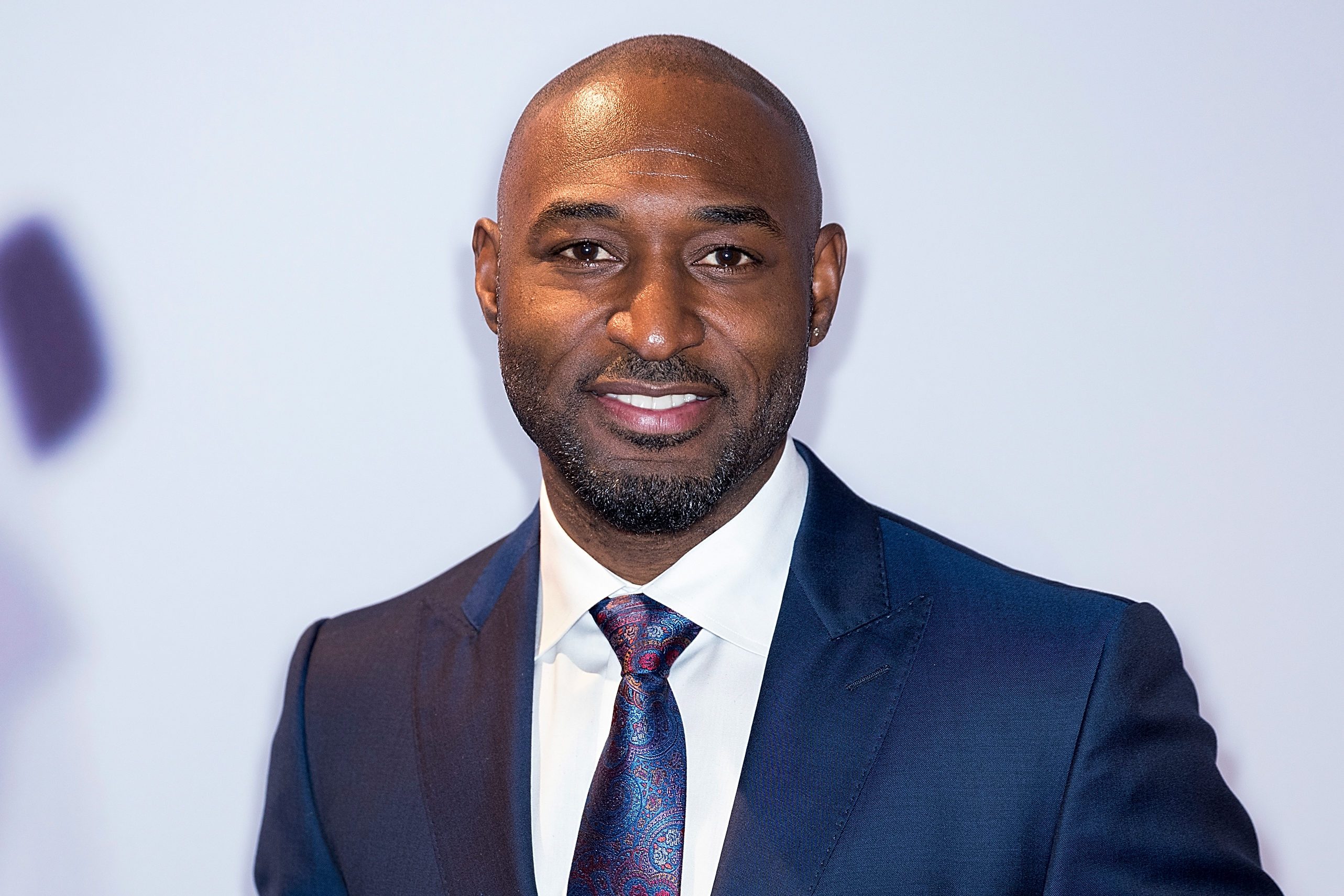 You’ve seen him on television shows like Arrow, Supernatural, and Continuum, but Adrian Holmes is more than a busy working actor. Following in the footsteps of his nurse mother, Holmes initially pursued a career in medicine as a fallback career. He studied nursing at Langara College in Vancouver, British Columbia, and while doing so, worked in several different health care areas including obstetrics, pediatrics, and the spine unit, according to the Vancouver Courier. He found the spine unit to be the most difficult. “I saw so many young people coming in with these recreational injuries,” says Holmes. “However, what it does is it humbles you and it really makes you appreciate every little thing that you have. I catch myself when I complain now.”

These stories from emergency room nurses are almost too crazy to be true. 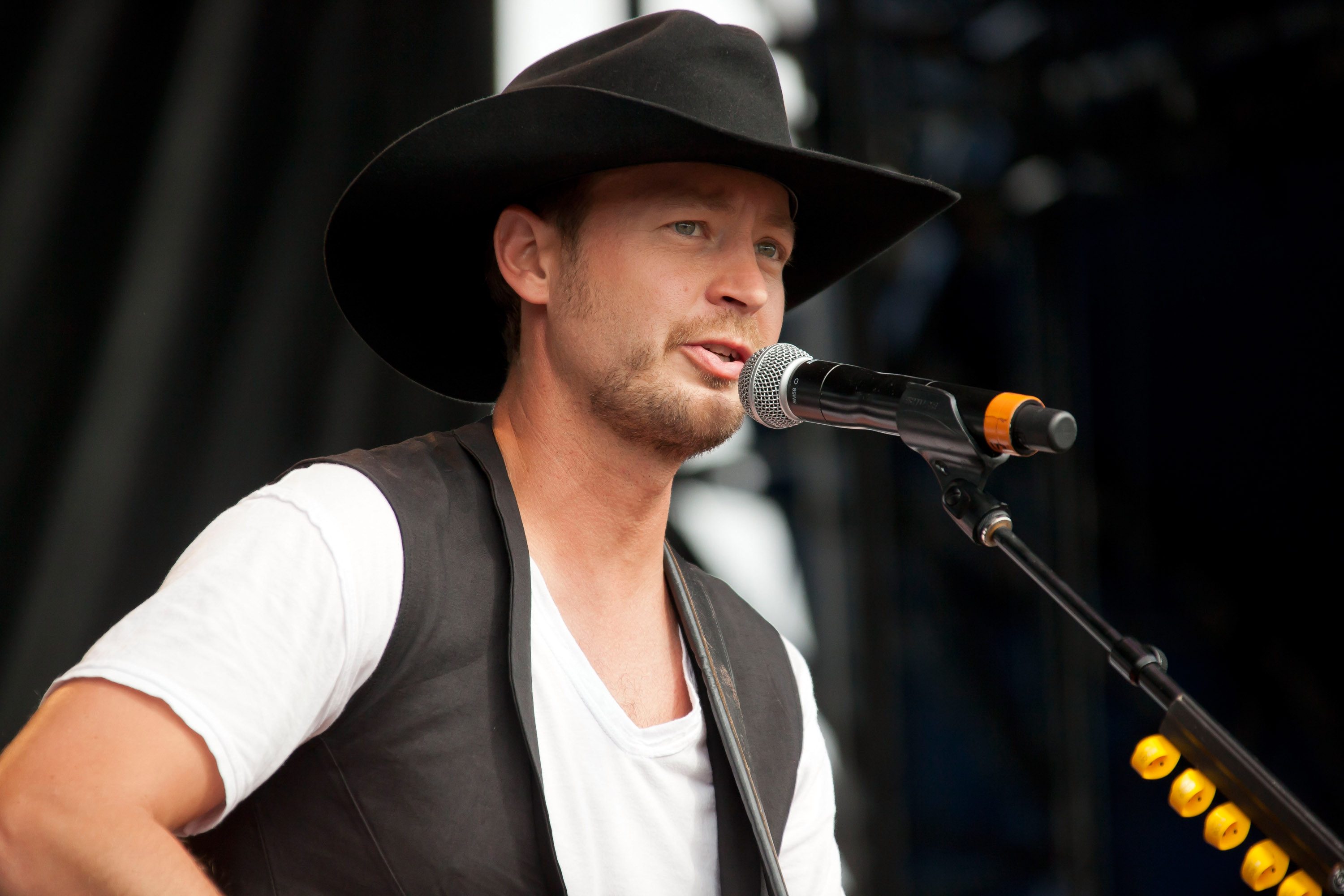 Caring for others runs in country singer Paul Brandt’s family. His father was a paramedic and his mother decided to go back to school to study in the health care field at the same time as Brandt, according to the Future of Health Care. Before his singing career took off, the crooner worked as a pediatric nurse at Alberta Children’s Hospital. “If my career didn’t take the turn it did, I’d still be a nurse,” he said. “I’m blessed to have had two incredible careers that I love.” Brandt worked as a nurse until 1996. “It is an incredible opportunity,” he says. “You are constantly learning and pushing yourself.” 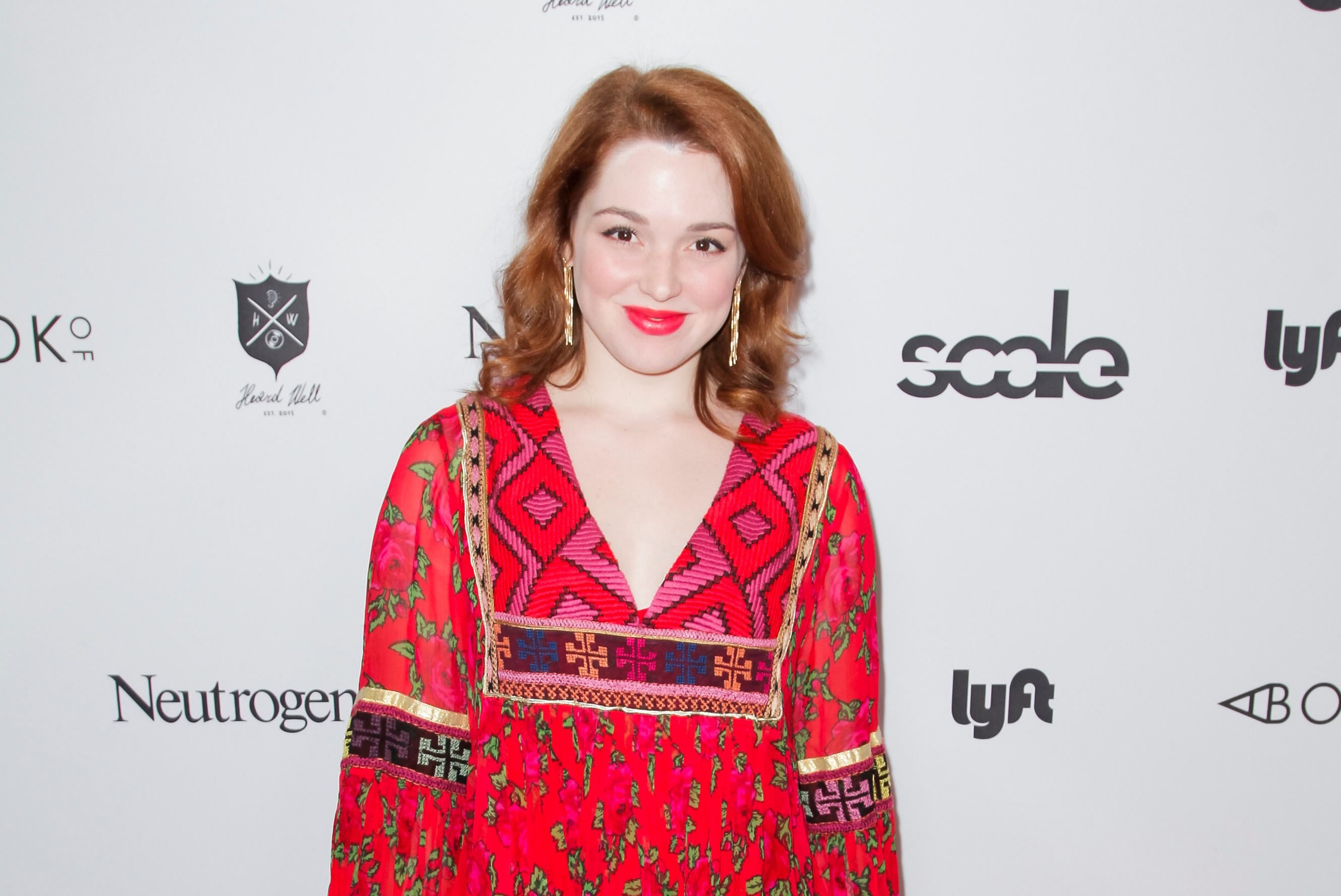 Jennifer Stone won over fans when she starred as Harper Finkle on the Disney Channel’s Wizards of Waverly Place for five years. Today, the 27-year-old continues to act, but she’s added something very rewarding to her resume: the role of a real-life registered nurse. Stone took to Instagram in early April to share the news of her new profession. “A very good friend of mine…pointed out to me that today is #worldhealthday,” she wrote in the Instagram post. “It is also the day I went from a volunteer, then a student nurse, and now an RN resident. I just hope to live up to all of the amazing health care providers on the front lines now as I get ready to join them.” Here’s what people infected with coronavirus want you to know. 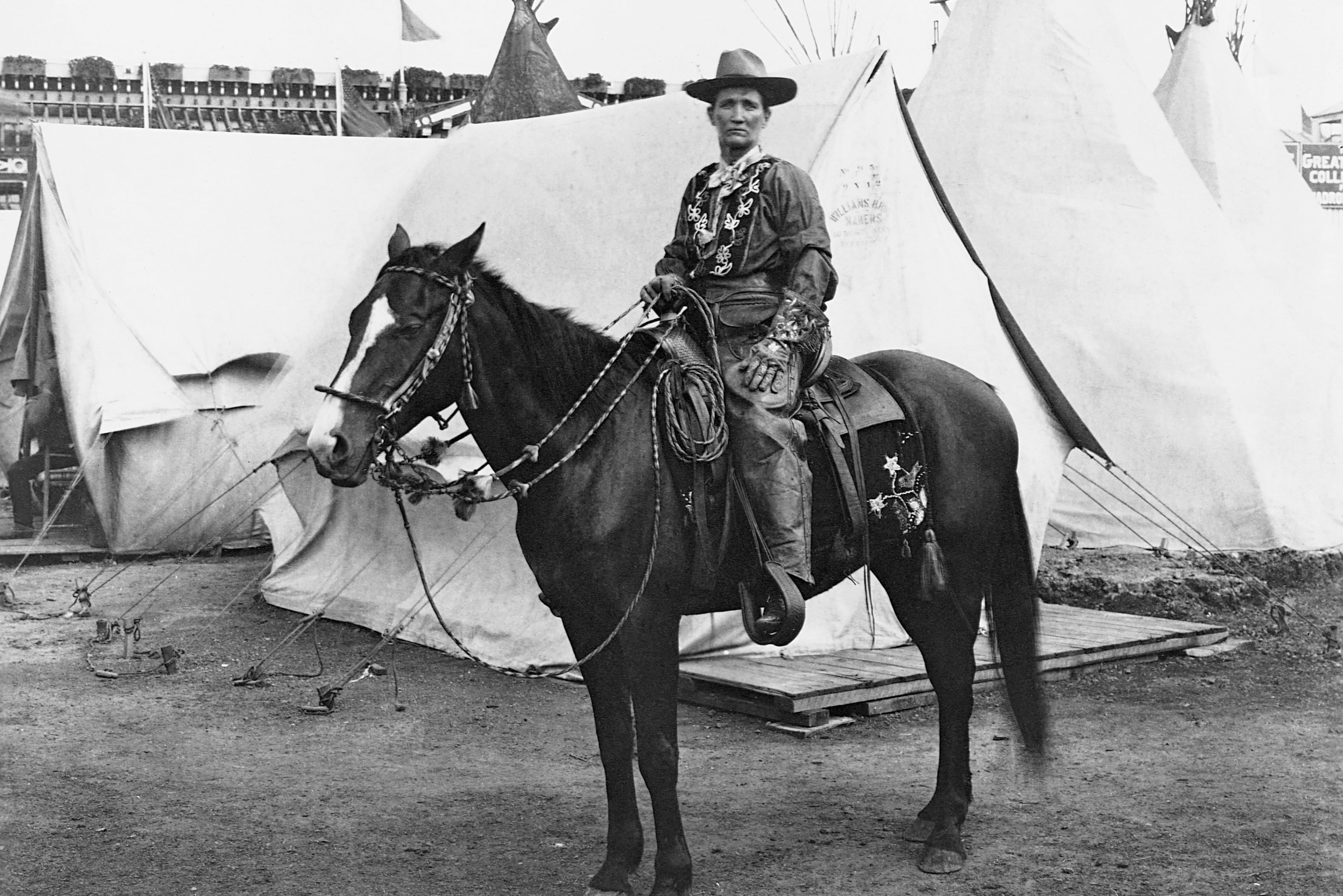 It’s time to go way back to remember a historical figure who was also a nurse: Martha Jane Cannary, better known as Calamity Jane. Although this famous American frontierswoman didn’t receive schooling or a nurse’s license, WorkingNurse.com reports that Calamity Jane took care of the sick during typhoid and black diphtheria outbreaks. She also allegedly cared for eight gold miners in Deadwood, South Dakota, during a smallpox outbreak in 1878; five of the eight survived, and the town’s doctor said that likely wouldn’t have been possible without her help. In Deadwood, she was supposedly referred to as “a perfect angel sent from heaven when any of the boys was sick.” Next, find out what nursing looked like 100 years ago.