Though some of these deaths occurred decades ago, that hasn't stopped conspiracy theorists from trying to sniff out the truth.

The world was shaken on August 5, 1962, when Marilyn Monroe was found dead at the age of 36 in her home in Los Angeles. The cause? A barbiturate overdose that was ruled a probable suicide. That lead many to doubt the gorgeous star, rumored to have been involved in extramarital affairs with both John F. Kennedy and his brother, Robert F. Kennedy, had taken her own life. Instead, conspiracy theorists have long been suspected Monroe was murdered (by being forced to take the drugs that killed her) to keep her from talking about the Kennedy brothers. The CIA continues to maintain files on Monroe’s death, and it is unlikely anyone will ever know what really happened.

On November 29, 1981, the actress and movie star Natalie Wood drowned while on a boating trip with her husband, Robert Wagner. Wagner had reported Wood missing after a night of drinking, and Wood’s body was found several hours later floating face-down in the water wearing a flannel nightgown, down jacket, and socks. At first, Wood’s death was ruled accidental, but then bruises on her body led law enforcement to consider foul play, with Wagner, now 87, as the prime suspect. Natalie Wood’s sister and the yacht’s skipper recently appeared on the Dr. Phil show where they claimed Wagner murdered the starlet. Adding fuel to the conspiracy fire: In 2012, the Los Angeles Sheriff’s Department changed the cause of her death from “accidental drowning” to “drowning plus ‘undetermined factors,'” reports USA Today. Trouble is, the evidence is insufficient to support an arrest, and the mystery remains unsolved.

American actress Thelma Todd died in 1935 of carbon monoxide poisoning. Todd, 29, was found slumped over the steering wheel of her Lincoln. The engine wasn’t running, however, and Todd’s throat showed signs of trauma, as if something like a hose or a pipe had been forced into her mouth by an assailant. Suspects included her ex-husband, her current lover, and the gangster, Lucky Luciano. In the weeks prior to her death, she had received several notes demanding she pay $10,000 or be killed, reported the L.A. Times. The grand jury impaneled to investigate was unable to come to a conclusion, remaining hopelessly split between those who believed she’d been murdered and those who believed she’d died accidentally.

In 1996, hip-hop star Tupac Shakur was killed in Las Vegas several days after a drive-by shooting that occurred while Shakur was leaving a boxing event. “The story…begins with a failed attempt on his life two years earlier,” according to History.com, which Shakur blamed on producer Sean “Puff Daddy” Combs and rival rapper Christopher Wallace (“Notorious B.I.G.”). Wallace was murdered six months later in Los Angeles; no arrest has ever been made in either case. Shakur’s murder is one of the strangest unsolved mysteries ever to occur in Nevada. Find out the strangest unsolved mysteries from each state.

The body of 22-year-old aspiring actress Elizabeth Short was discovered brutally murdered on January 15, 1947, in a vacant lot near Leimert Park in Los Angeles, her body cut in half, drained of blood, and cleaned of all evidence. The sole witness was of little help, claiming only to have seen a black sedan parked in the area. Despite many theories, allegations, and leads over the years, the killer was never found. Today, the Black Dahlia murder (as the case came to be known) remains one of the oldest cold case files in L.A., as well as the city’s most famous. 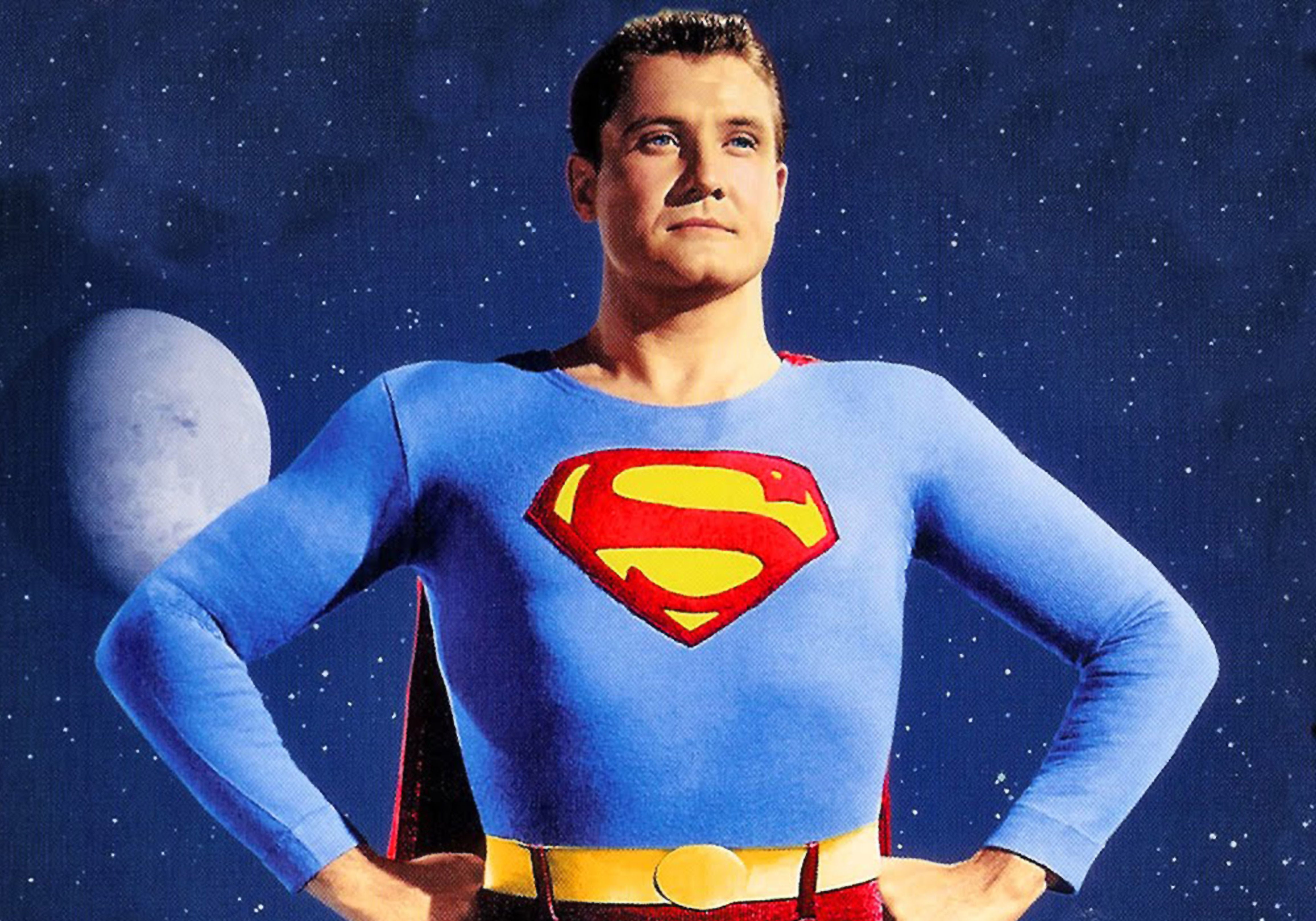 In 1959, American actor George Reeves, who had played Superman in the 1950s television series Adventures of Superman, died of a gunshot wound to the head at the age of 45. While Reeve’s death was ruled a suicide, many folks believe he was either murdered or the victim of an accidental shooting, particularly since the gunshot wound occurred during a social visit between Reeves and three friends, including his fiancé. But no one could—or would—ever say.

The 1958 stabbing death of Johnny Stompanato, a reputed mobster, was definitely a homicide, but what may never be known is whether it was committed by film star, Lana Turner, who had been his girlfriend, or Turner’s 14-year-old daughter, Cheryl Crane. Stompanato was known to have been physically abusive to Turner. Some believe Lana, star of Peyton Place and The Postman Always Rings Twice, actually murdered Stompanato and arranged for her daughter to take the blame (in order to avoid prison time, save her career, and garner sympathy). Others, including the jury that acquitted Crane on the grounds of self-defense, believed that the deed had been done by the protective teenage daughter. Only Crane is still alive to clarify the murky details, and she’s not talking.

The star of the campy 1960s TV sitcom, Hogan’s Heroes, Bob Crane was found brutally murdered in his Scottsdale, Arizona, apartment in 1978. His death came as a shock, as did the subsequent sordid revelations about his life, including his apparent sex addiction. Many still believe Crane was killed by his longtime friend, John Carpenter, but the evidence was insufficient for the jury to convict Carpenter in the 1994 trial. Because Carpenter was always the sole suspect—and he died in 1998—Crane’s death will most likely never be solved. Check out these baffling forensic cases that stumped everyone.

In 1921, American silent-film actress Virginia Rappe died of internal injuries following a raucous party in a hotel suite at the St. Francis Hotel in San Francisco. Much liquor was served, despite the fact that it was during Prohibition. During the party, Rappe and actor Roscoe “Fatty” Arbuckle, a huge star of the day, were in a bedroom together and “her screams were heard,” reported the BBC. When other guests entered, Rappe was “fully dressed, writhing in pain on the bed”. The starlet reportedly uttered, “He did this to me,” according to her friend, who may not have been a reliable witness, as it turned out. Rappe, who suffered from recurrent bladder infections, died three days later of a ruptured blatter. Arbuckle was charged with her murder and tried three times; the first two trials ended in a hung jury, the final ended in acquittal. But public opinion never acquitted Arbuckle, whose career was destroyed. He died at age 46 of a heart attack.

Among the things Diana, Princess of Wales lost in her divorce from Prince Charles was her peace of mind. In the months immediately preceding her death, although she was attempting to live her life as normally as she could, she expressed fears that she’d be murdered, most likely by a staged vehicular crash. The end came in a way similar to how she’d predicted it, but what we may never know is whether the crash was an accident, as subsequent investigations determined, or staged, as she’d feared. Here are more conspiracy theories surrounding Diana’s death.

The murder of noted British journalist Jill Dando, who was killed by a single gunshot wound to the head on April 26, 1999, may well be the U.K.’s most famous unsolved murder. A convicted sex offender, Barry George, was tried for Dando’s murder but acquitted because the forensic evidence (gun residue on his person) used against him was discredited. If it wasn’t George, who was it? Theories include a political assassination, a gangland hit, and an obsessive stalker. The case remains unsolved. Don’t miss these conspiracy theories that turned out to be true.

The wife of actor Robert Blake (of Baretta fame), Bonnie Lee Bakley was shot to death while she waited in the car for her husband on May 4, 2001. Blake was tried and acquitted but later held liable in a civil suit brought by Bakley’s family. Proving liability in a civil suit requires a “preponderance of the evidence,” whereas proving criminal guilt in a murder trial requires a determination of “guilt beyond a reasonable doubt.” Without Blake’s confession, all we can surmise from this is that while Blake isn’t “guilty beyond a reasonable doubt,” he may have killed his ex-wife.

Actress Brittany Murphy died in 2009 at the age of 32 after battling flu-like symptoms for several days. Initially, her death was ruled an accident, but when her husband, Simon Monjack, died six months later under virtually the same circumstances, family members became suspicious. Was it a murder? A murder followed by a suicide? Murphy’s dad claims an independent toxicologist found evidence that Murphy had been poisoned (with arsenic), and yet the police have never re-opened the case, which continues to confound many who doubt this healthy young woman died of natural causes. Don’t miss the strangest unsolved mysteries of all time.

Hollywood super-publicist Ronni Chasen was shot to death shortly after midnight on November 16, 2010, while driving home from the Hollywood premiere of the film, Burlesque. Initially, there were rumors of shady dealings. Later, police focused on a botched robbery attempt by a down-on-his-luck ex-convict—perhaps too much time, as subsequent reviews of the case file indicate the investigation had been hopelessly botched. To this day, serious questions about the investigation remain, and the real killer is potentially still at large. Read on for more crimes that will never get solved.