Run, don't walk, to the nearest shelter to bring home one of these adorable dogs that look like foxes. 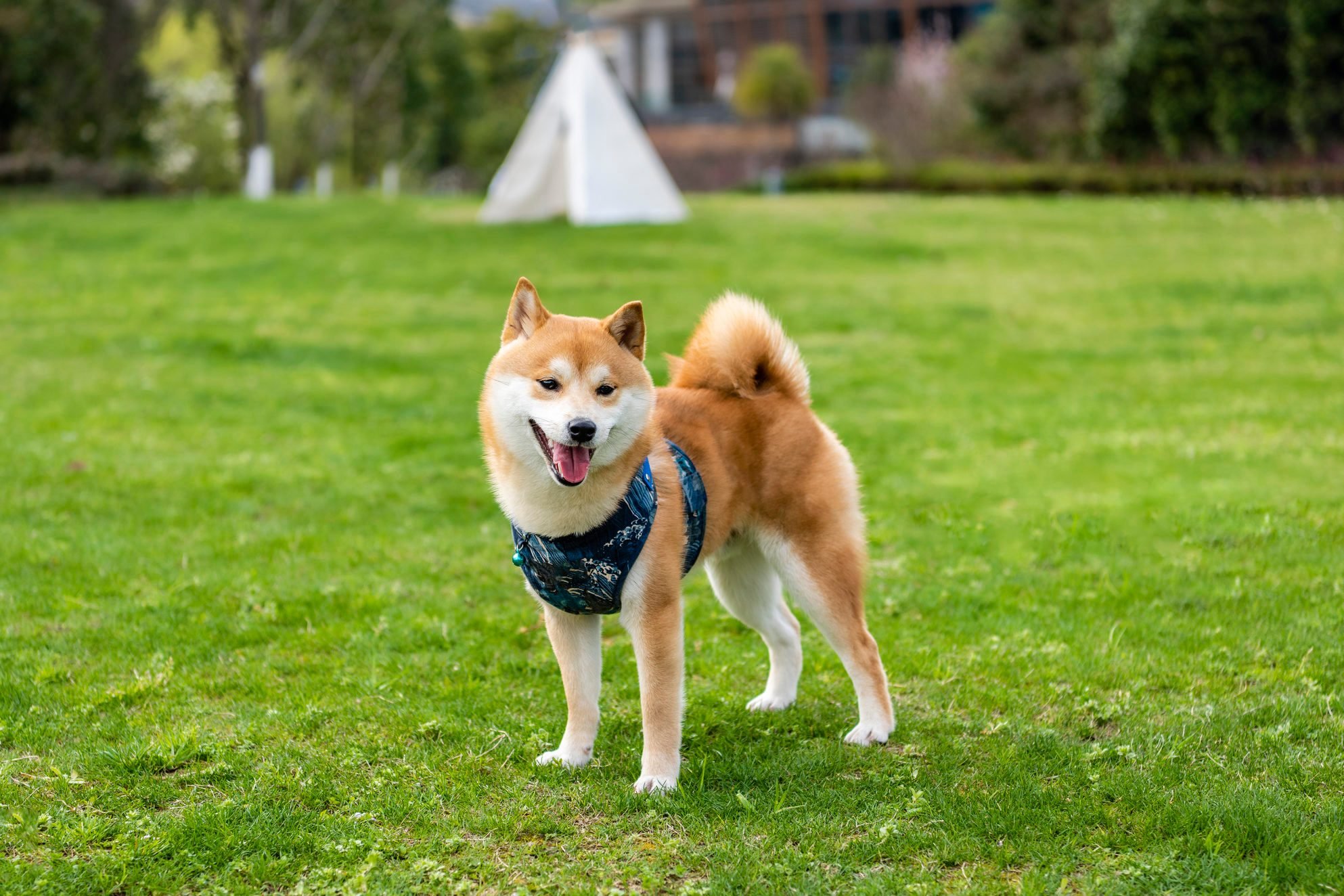 We wouldn’t be the first to admit that foxes are rather adorable, sometimes even resembling a small dog you’d like to have around your home. Dogs descend from wolves, but they do have a genetic similarity to foxes, so it’s no surprise that there are a handful of uncanny resemblances. But unlike dogs, foxes would make a pretty dreadful pet due to their wild nature and inability to be trained properly. It’s actually illegal to own a pet fox in the United States, but luckily there aren’t any laws saying that you can’t own a dog that looks like one. These dogs could be easily mistaken for foxes if you want more of a wild animal look in your pup. If stuffed animals are more your style, check out these puppies that look just like teddy bears. 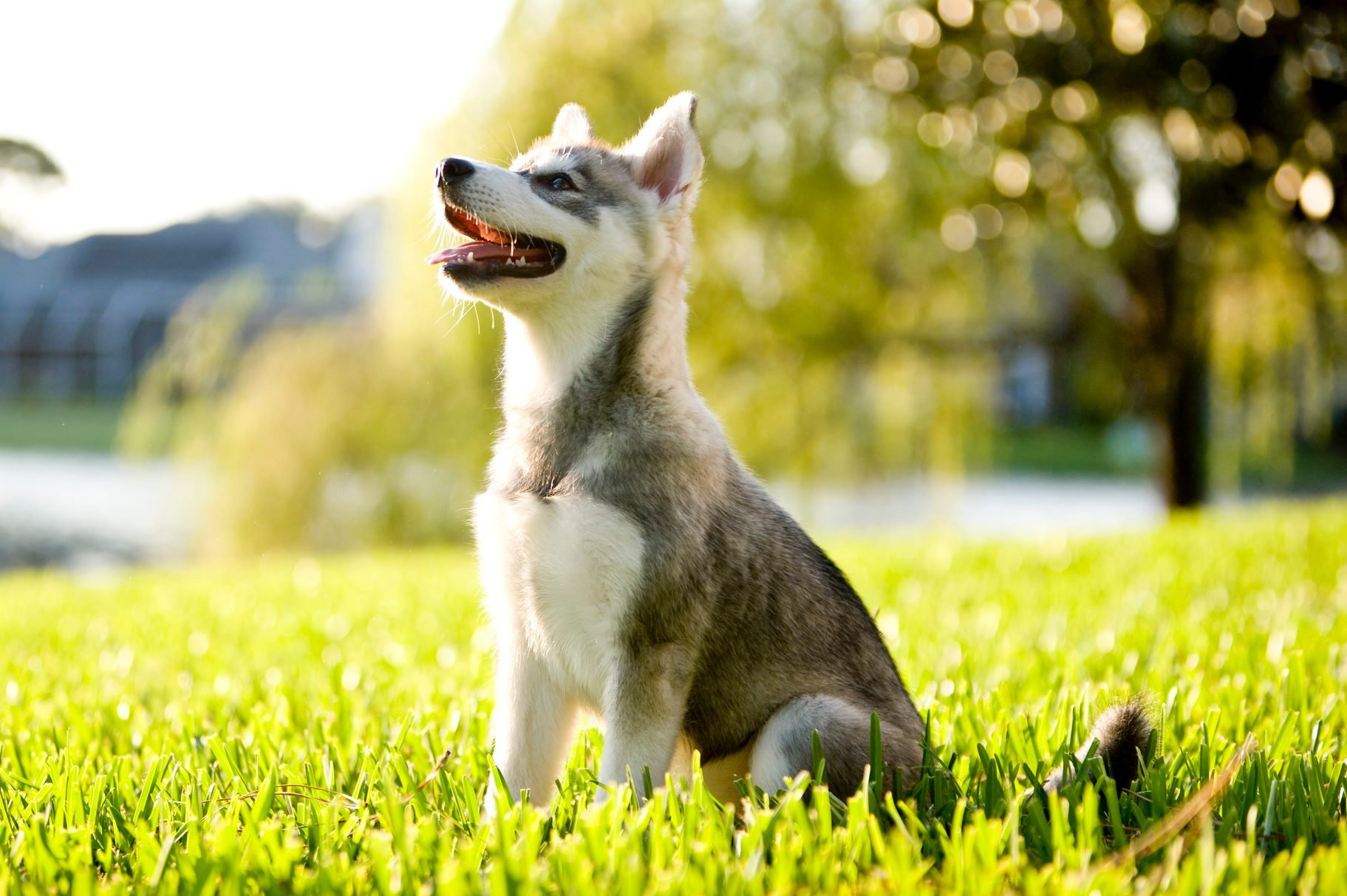 The Alaskan Klee Kai is a suitable companion for people who love being outside because these pups need tons of physical activity. They were originally bred to create a lap-sized version of a Husky, but there are a few key differences. Unlike Huskies, Alaskan Klee Kai dogs are more suited to be companion dogs even with their high levels of energy and intense demand for exercise. Inexperienced dog owners may find this breed to be a challenge, but with continuous training, they can be the sweetest, most loveable pups. Before running to your local animal shelter, make sure to read our official guide on choosing the best dog for your family. 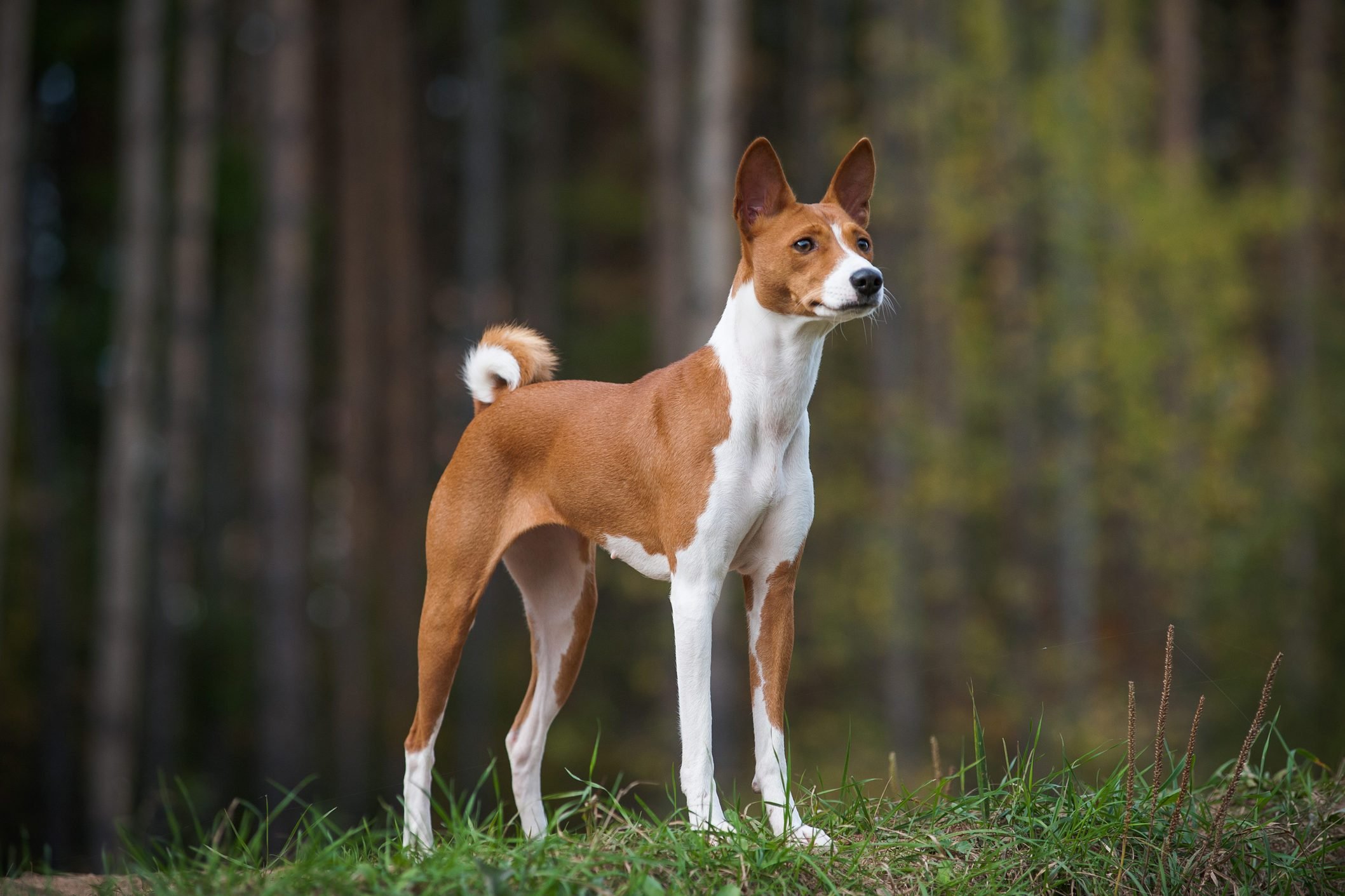 These dogs are incredibly vocal and will howl until they have your full attention, but they are also known as “barkless” dogs. Their voice is a unique sound described as something between a chortle and a yodel. Basenjis require a ton of both physical and mental stimulation, getting destructive when they get bored, but they ultimately remain pretty clean, grooming themselves like cats. Don’t miss the real reason why dogs howl. 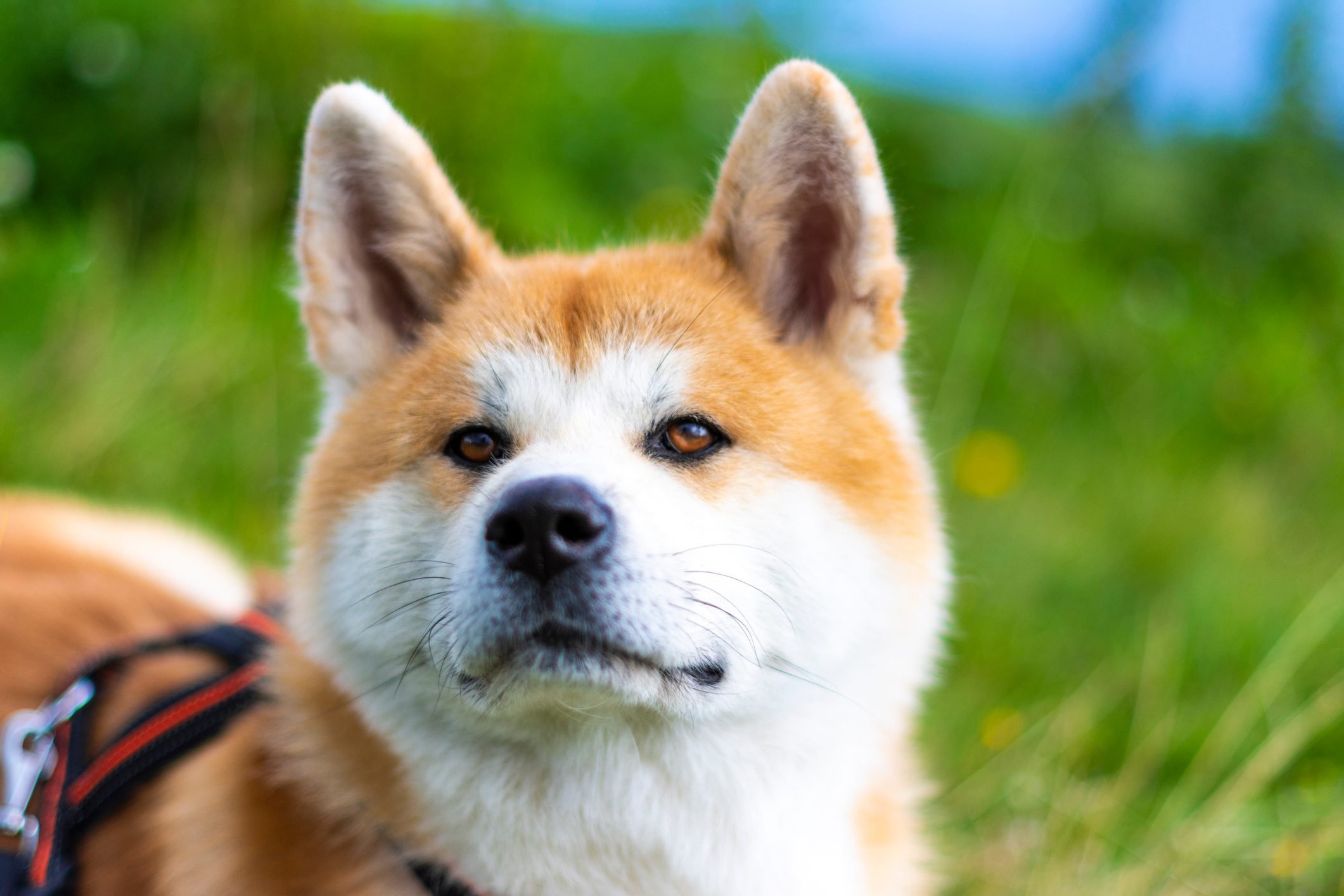 In Japanese culture, babies receive a tiny Akita Inu ornament from family because the breed signifies health, happiness, and long life. As a pet, this breed can be quiet, unpredictable, and a challenge to train. They can be wary of strangers and are frequently intolerant of other animals. But they remain tremendously loyal and live up to their reputation of being a guard dog. Akina Inus flourish with human companionship and will do whatever they can to keep those they love safe. Don’t miss these common puppy training mistakes that you’ll regret making later. 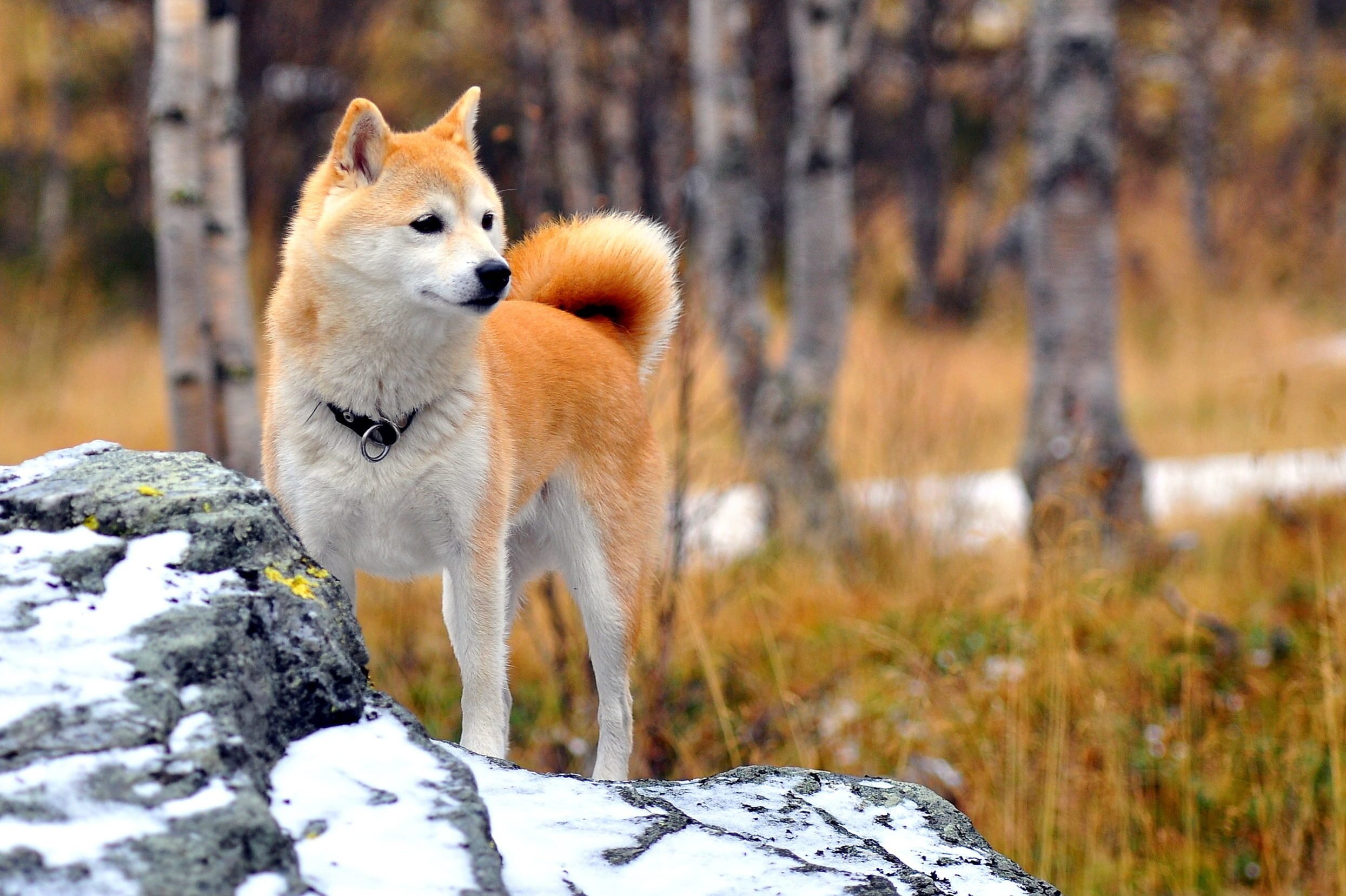 This breed’s color and size make them appear almost exactly like a fox. They are an ancient breed of hunting dog and currently serve as the most popular companion dog in Japan. Shibu Inus love to run around and play with their humans, but they do suffer from separation anxiety. They were initially bred for hunting and remain one of the few ancient dog breeds still surviving today, although they did face extinction right after World War II. One of the most versatile breeds on this list, they would be happy in any home from a small apartment in a bustling city or a large house with lots of land. Before letting your dog run around your backyard, make sure it’s clear from these common dog dangers. 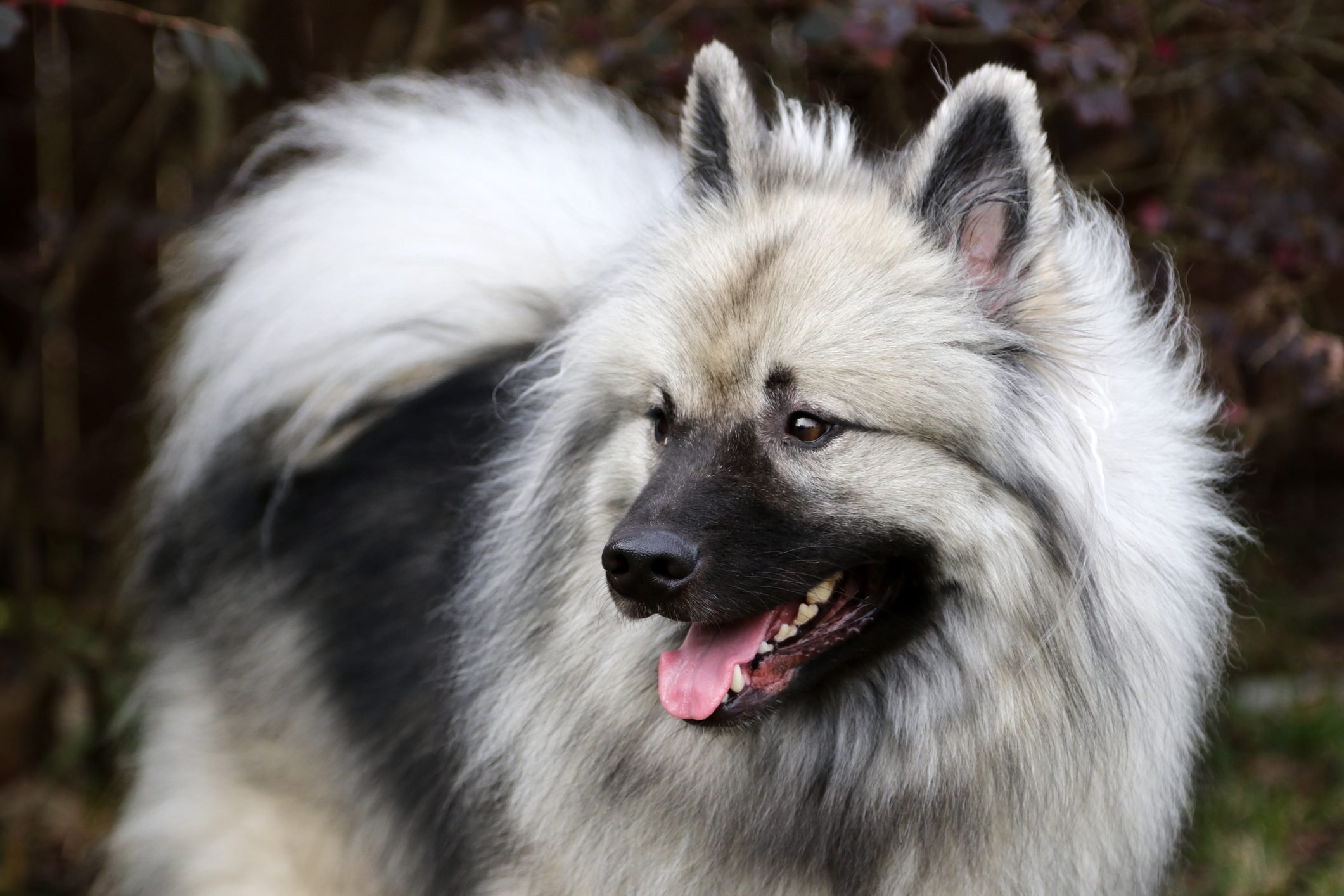 This breed is very closely related to Pomeranians and Samoyeds. Keeshonds love to keep their owner’s company and typically struggle when left alone for long periods of time. A run or walk daily is necessary to keep this dog healthy and happy; bonus points if their human plays alongside them. Learn how long it’s OK to leave your dog home alone. 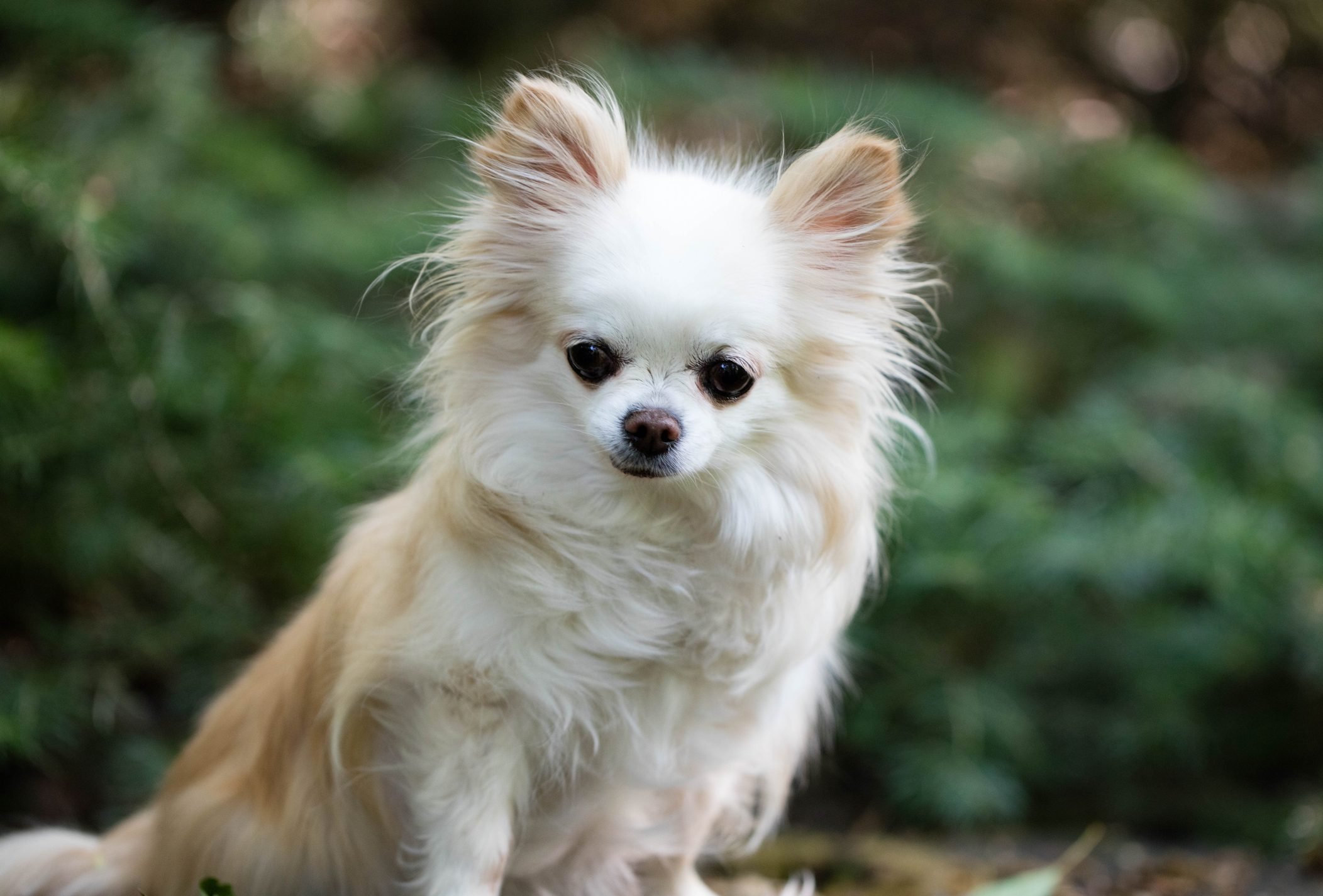 These miniature fluffy purse dogs are one of the smaller dogs that look like foxes. Chihuahuas are actually the tiniest dog breed in existence. They require very minimal exercise and grooming, making them one of the most low-maintenance dogs out there. Chihuahuas are incredibly loyal, and their size doesn’t stop them from protecting their pack. Check out more of the most adorable lapdogs. 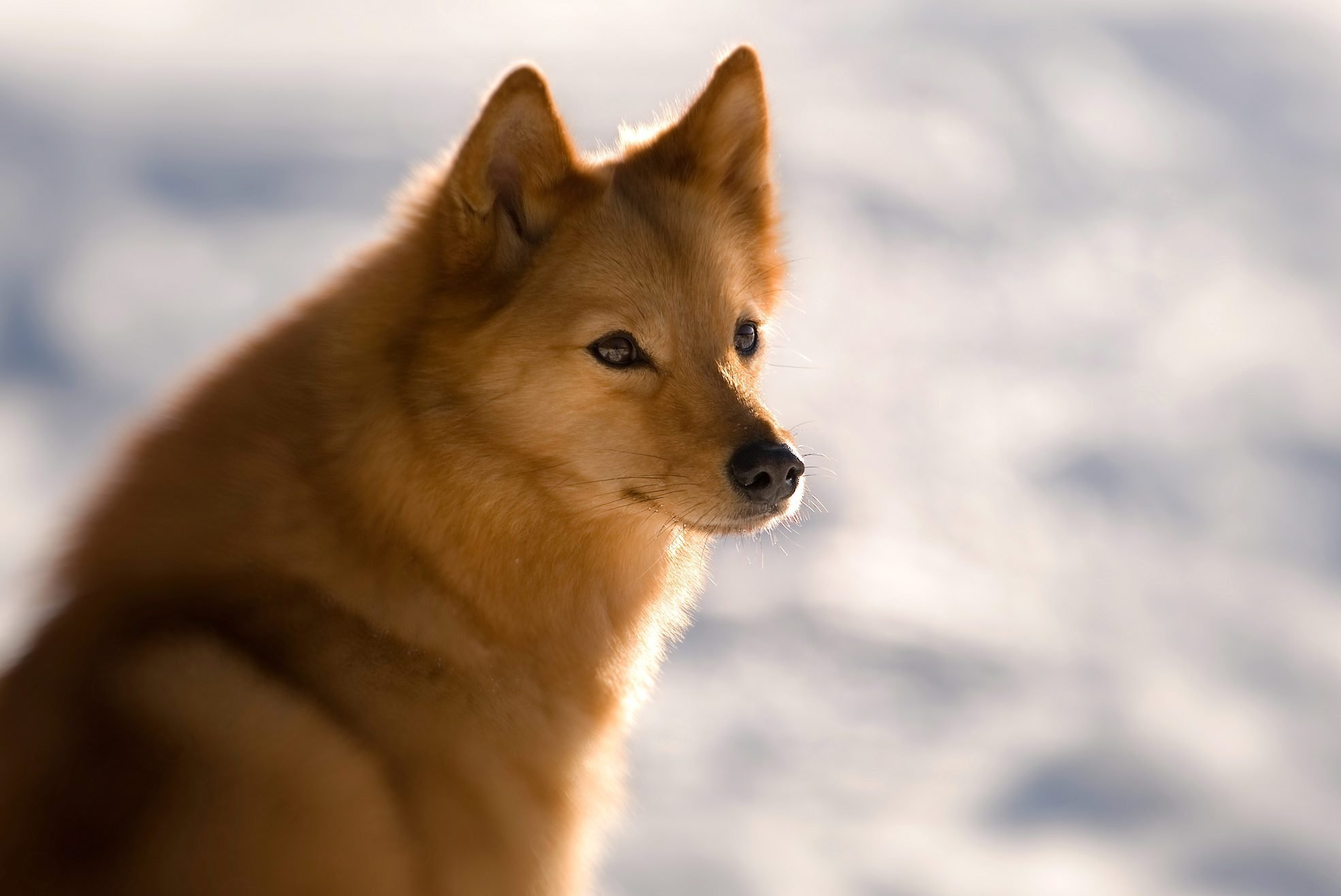 The Finnish Spitz is incredibly loving, friendly, and playful making them ideal for families. They are a medium-sized breed that originated from Finland—they remain the national dog of Finland today! Unlike the very timid fox, this breed is incredibly outgoing and friendly. They can actually “yodel” up to 160 barks per minute, a talent formerly used to entrance prey. Here are some tips on how to get your dog to stop barking—without yelling. 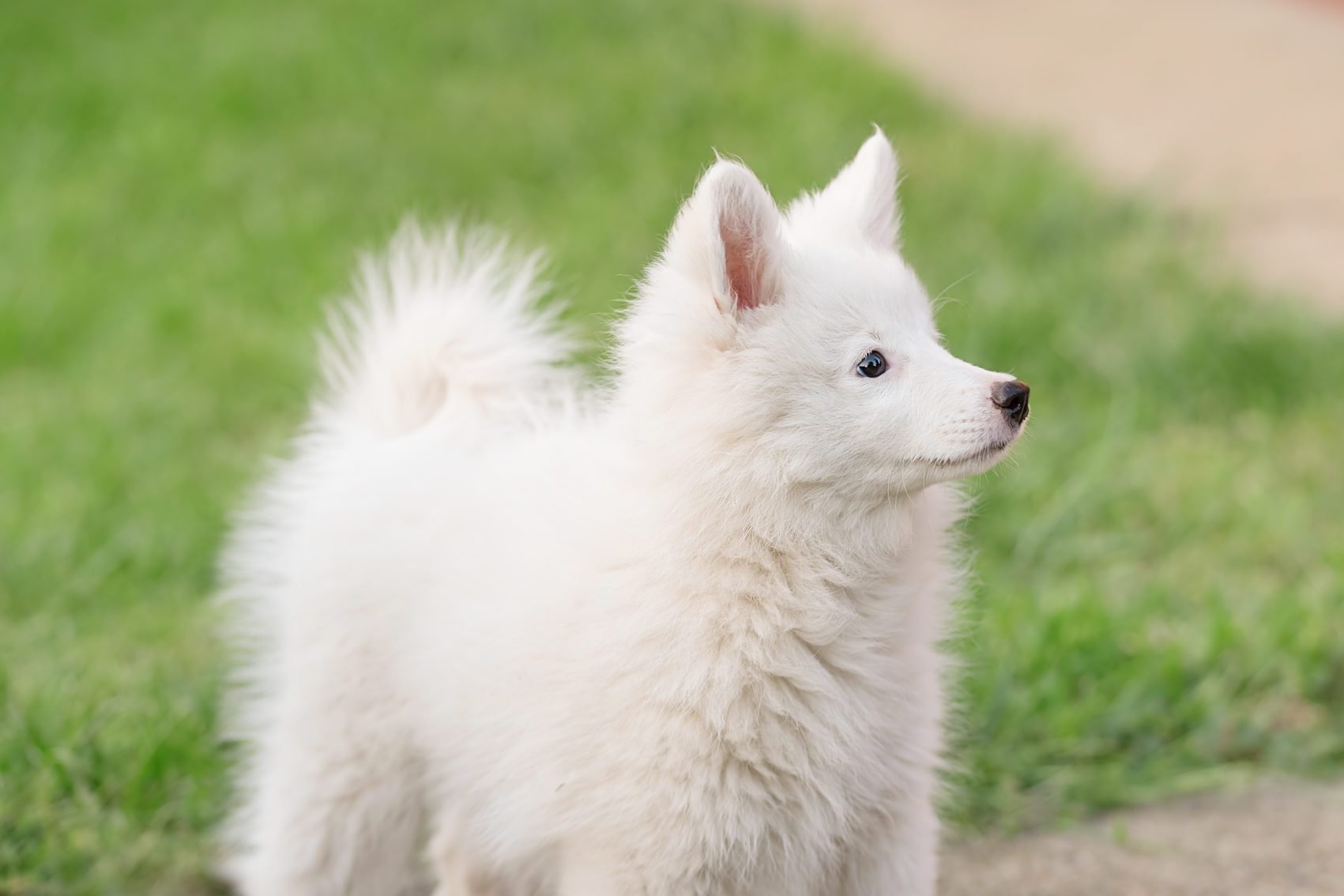 The Japanese Spitz has a prominent resemblance to Arctic foxes. This breed is always up for the next adventure whether that be a run on the beach, a hike with a view, or a long car ride. They learn very quickly and love to smile, especially during a long day of fun activities. Learn how much exercise your dog really needs. 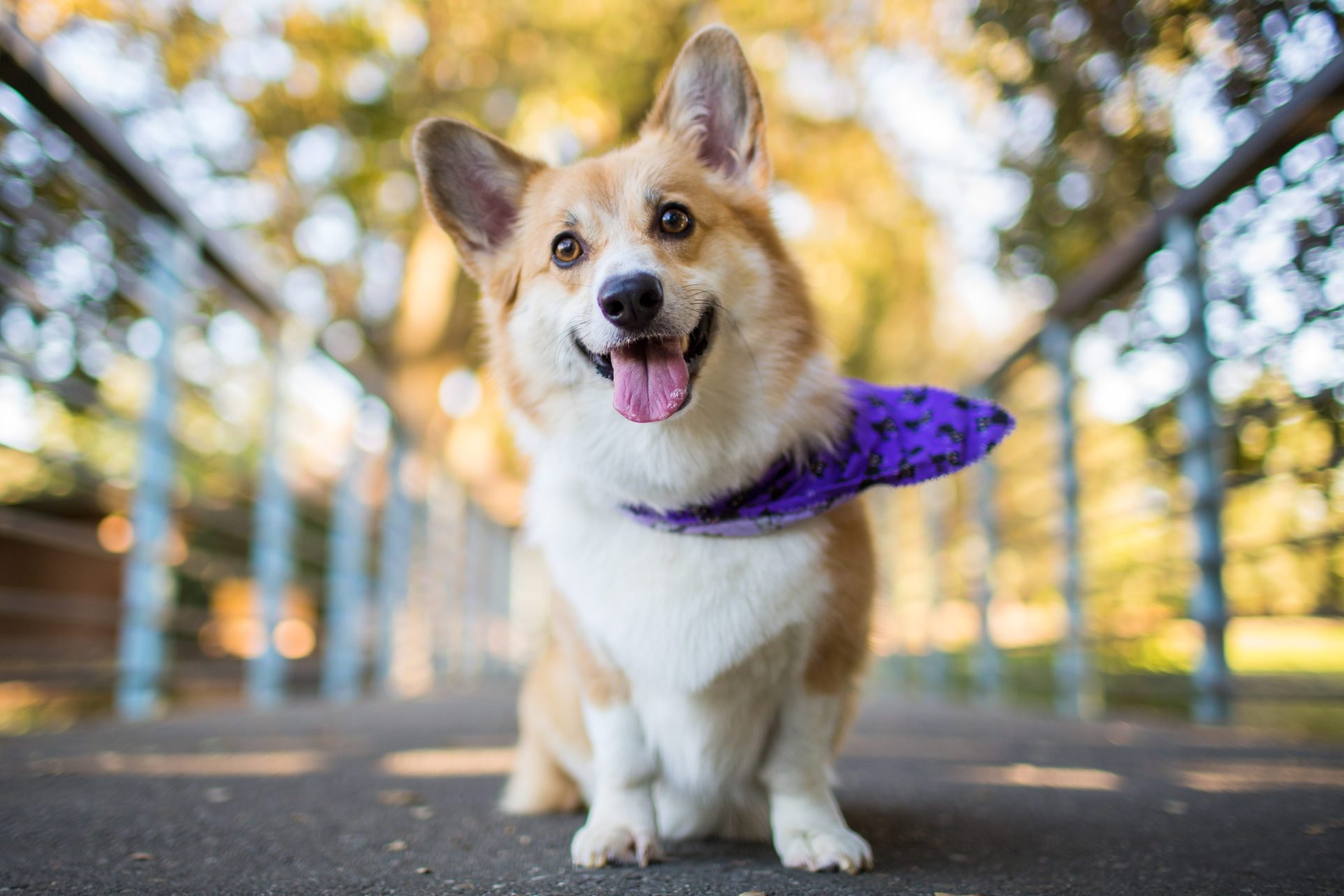 Standing at just about a foot tall and weighing up to 30 pounds, don’t be fooled by their size. Corgis will excitedly join you on long walks and are extremely hard-working. They’ve actually been Queen Elizabeth II’s favorite pet— and rightfully so. Corgis are the epitome of a large dog in a small package. They are clever and sensitive while remaining independent. As long as they get their daily walks, they will be the most loyal and loving dog. See which dog breeds are best for children and their families. 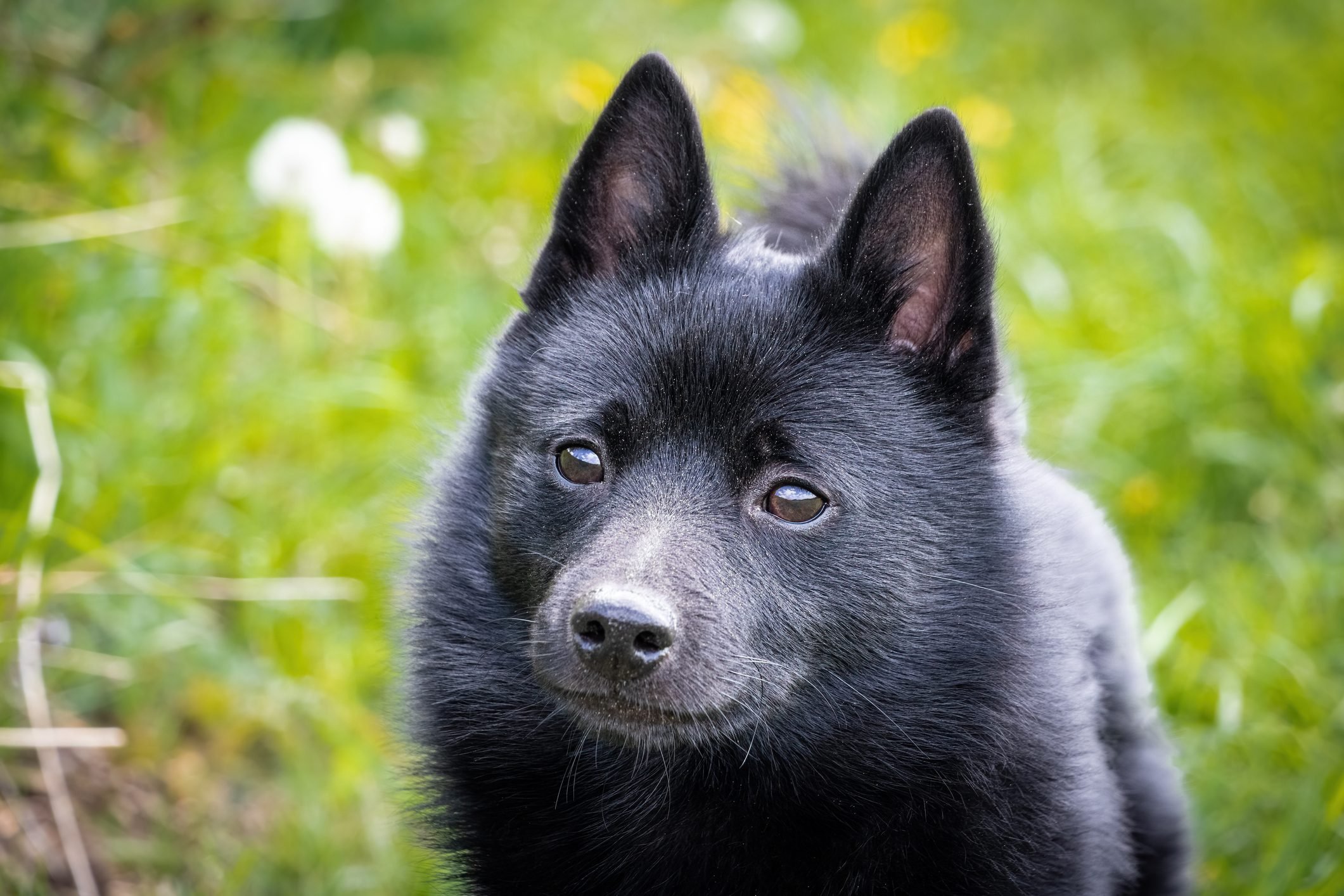 Schipperkes are actually a lot smaller than they seem standing at only 13 inches or less and weighing up to 16 pounds. They were formerly popular among ship crews and were used to catch rats leading to the name Schipperke meaning “little captain” in Flemish. These dogs are fearless, loyal, and make a great guard dog. Don’t miss more rare dog breeds you probably didn’t know about, but will want to bring home immediately. 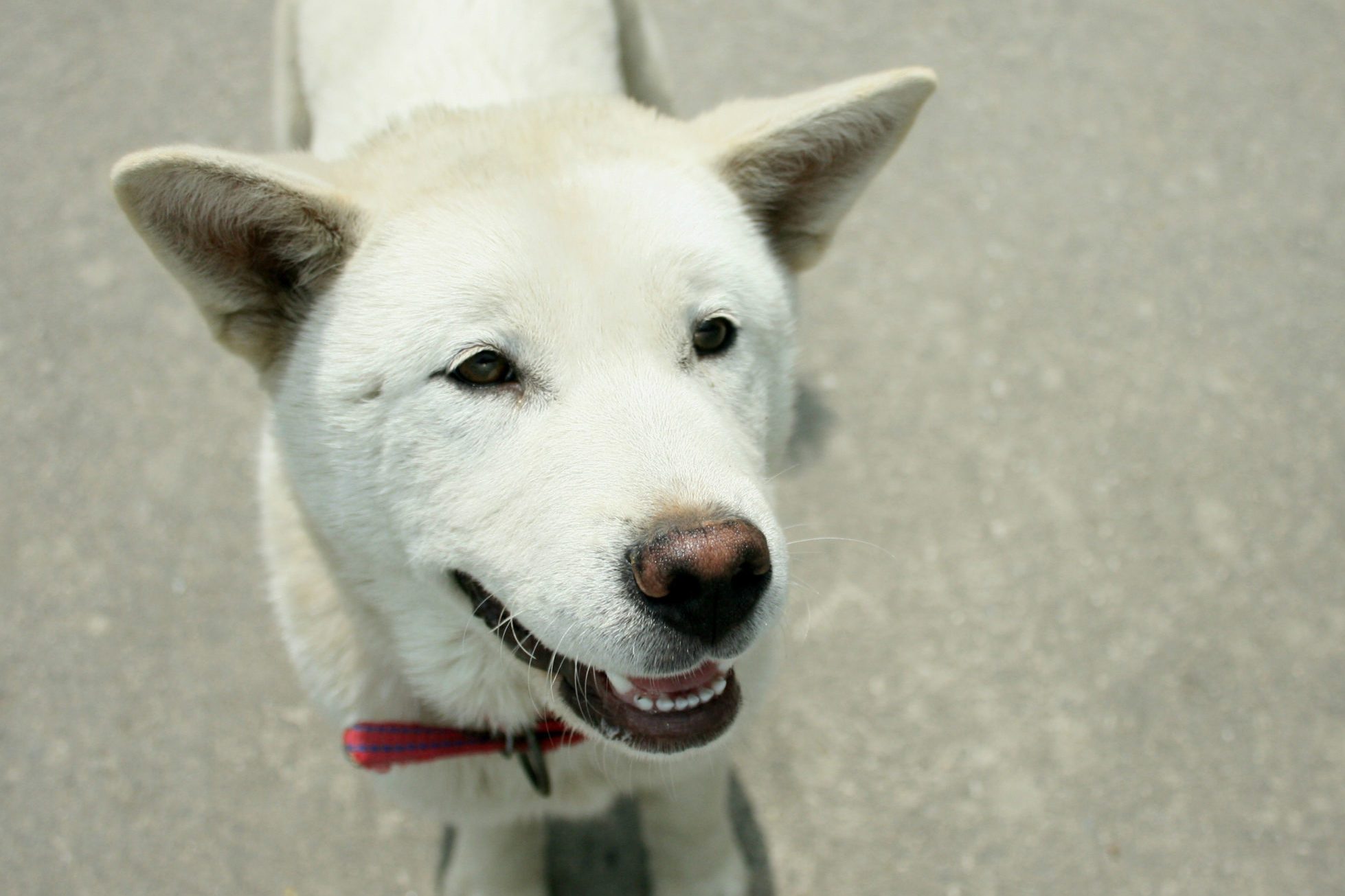 Originally from Jingo Island, Korea, Korean Jindos are medium sized and very athletic. They lived alongside Islanders for thousands of years giving them strong hunting instincts and confidence. Jindos tend to be quite stubborn which can get them into trouble, but they love being with their human. They prefer to be the only pet in the household and benefit from daily exercise. Check out these training tips dog trainers won’t tell you for free. 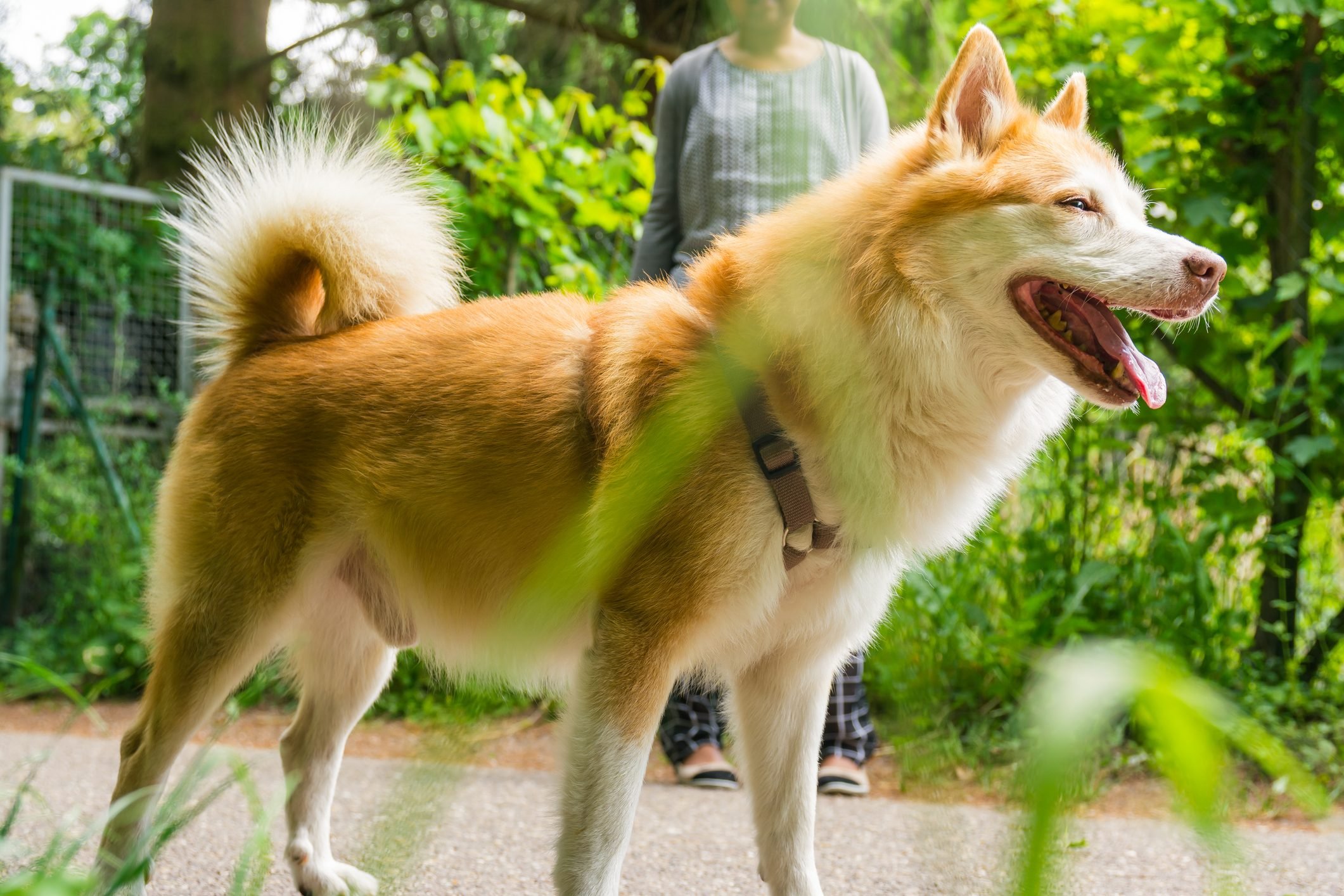 As their name suggests, Icelandic Sheepdogs originated from Iceland, dating all the way back to the time of the Vikings. Their face and their upright ears will make you do a double-take when comparing them to a fox, but they are slightly larger than the average fox. They are a very active dog that needs intense daily exercise and are quite friendly as long as they are socialized at an early age. This breed suffers from separation anxiety and can’t be left alone for too long. If you’re ready for a cuteness overload, see the cutest dog breeds as puppies. 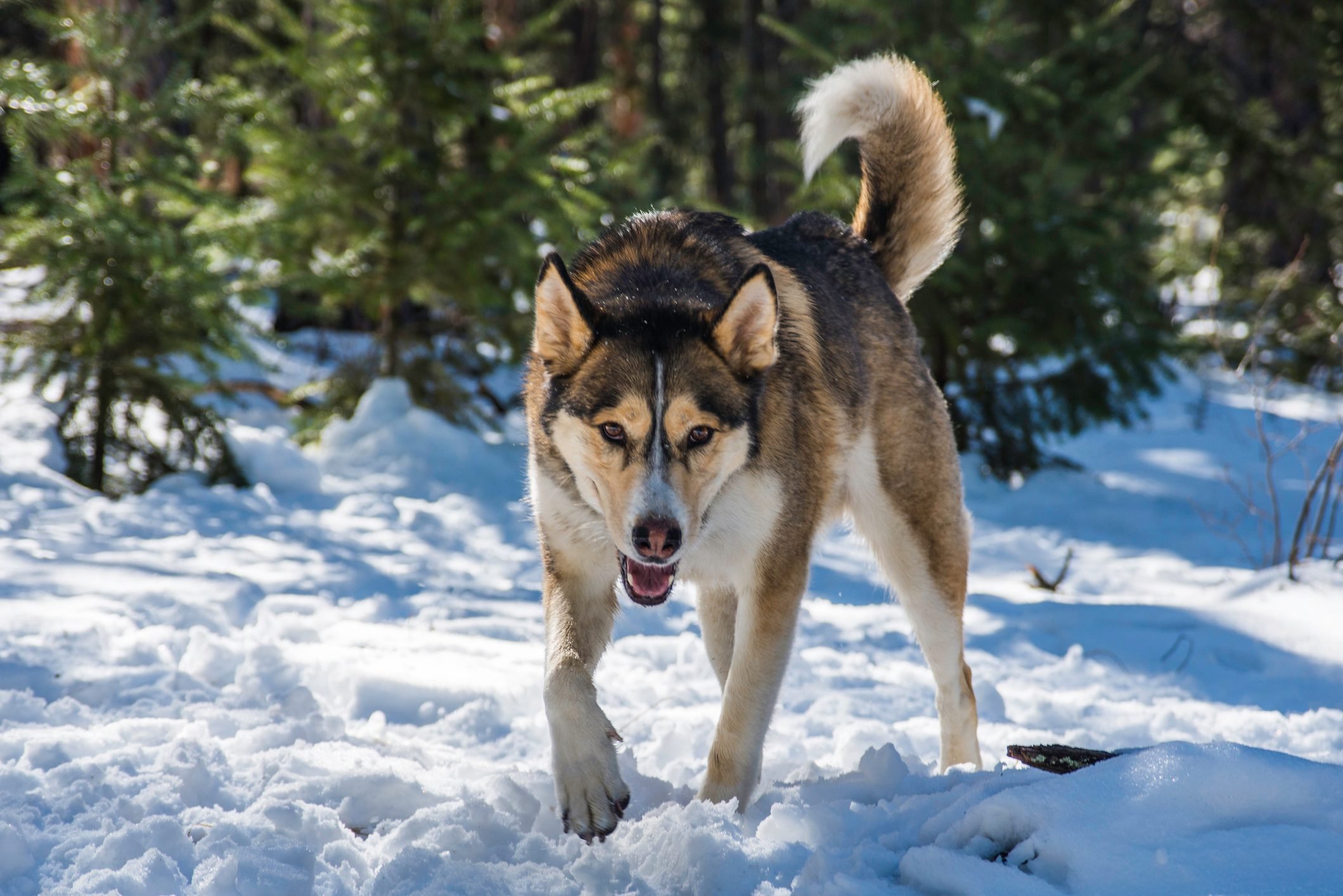 Khugsas are very attentive, speedy, and clever, learning remarkably fast. Native to the United States, they are equipped for carrying heavy loads across long distances. As they are only recently domesticated and have a predatory nature, they aren’t best for families with small children. Next, check out these dogs that look like wolves and dogs that look like bears to see even more eerie look-a-likes.