If you've ever second-guessed yourself while trying to spell words like "beautiful," "receipt," and "license," and turned to Google for help, you're far from the only one. 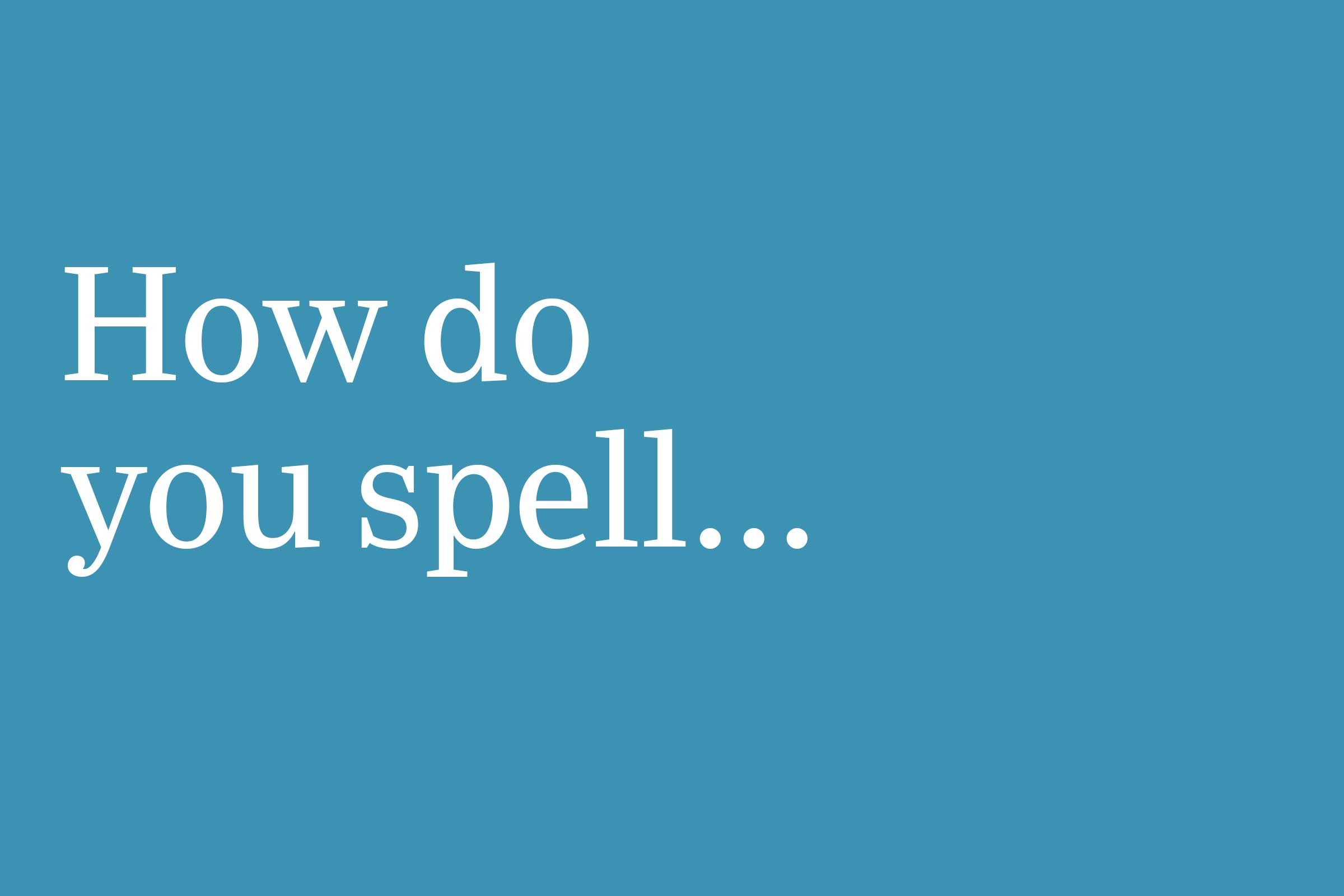 Hey Google, how do you spell…?

For better or worse, the days of flipping through a dictionary to find how to spell something are all but over. Whenever we’re uncertain about how to spell a word, the correct spelling is only a few quick keystrokes away. Thanks to data from SEMrush, we’ve found the words that people Google how to spell most often—and many of them are probably words you use all the time. Here are some of the common—but tricky-to-spell—words that found their way into search bars most often in the past year. Plus, test your spelling chops with these fourth-grade spelling words most adults get wrong. 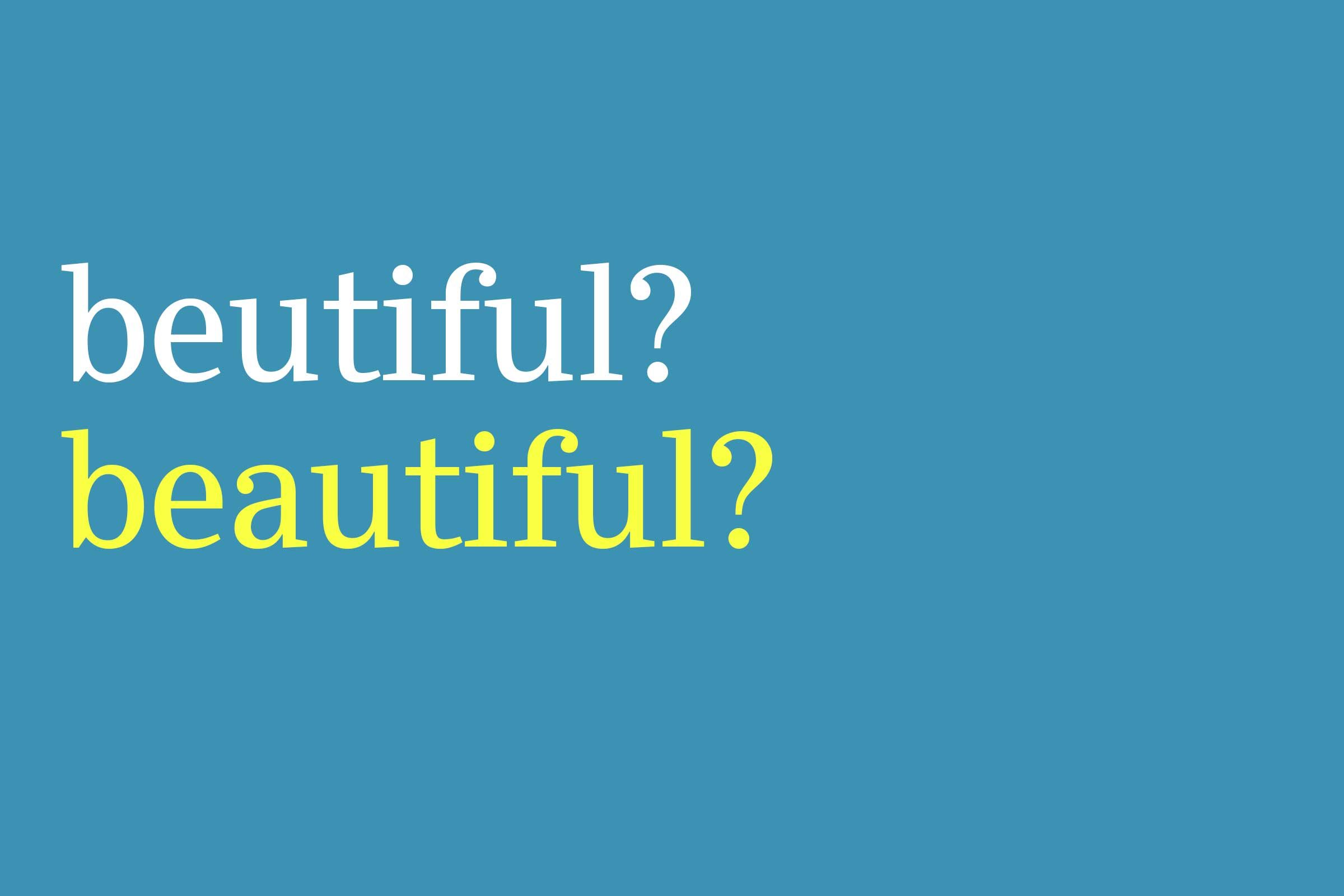 How do you spell beautiful?

According to SEMrush data, “beautiful” was the word that uncertain spellers searched for most in 2018. The query “how do you spell beautiful” racked up an average of 9,633 searches per month in 2018, more than any other “how do you spell…?” search. And this makes sense when you think about it. “Beautiful” is a pretty common descriptor, but keeping the precise order of all those vowels straight can be tricky. And the pronunciation doesn’t help matters. Really, English, why are the four letters “beau” pronounced like “byoo” when they start a longer word, but when they’re on their own, you pronounce them “boh”? It’s really no surprise that “beautiful” makes several appearances on the list of the most misspelled words in every state, too. 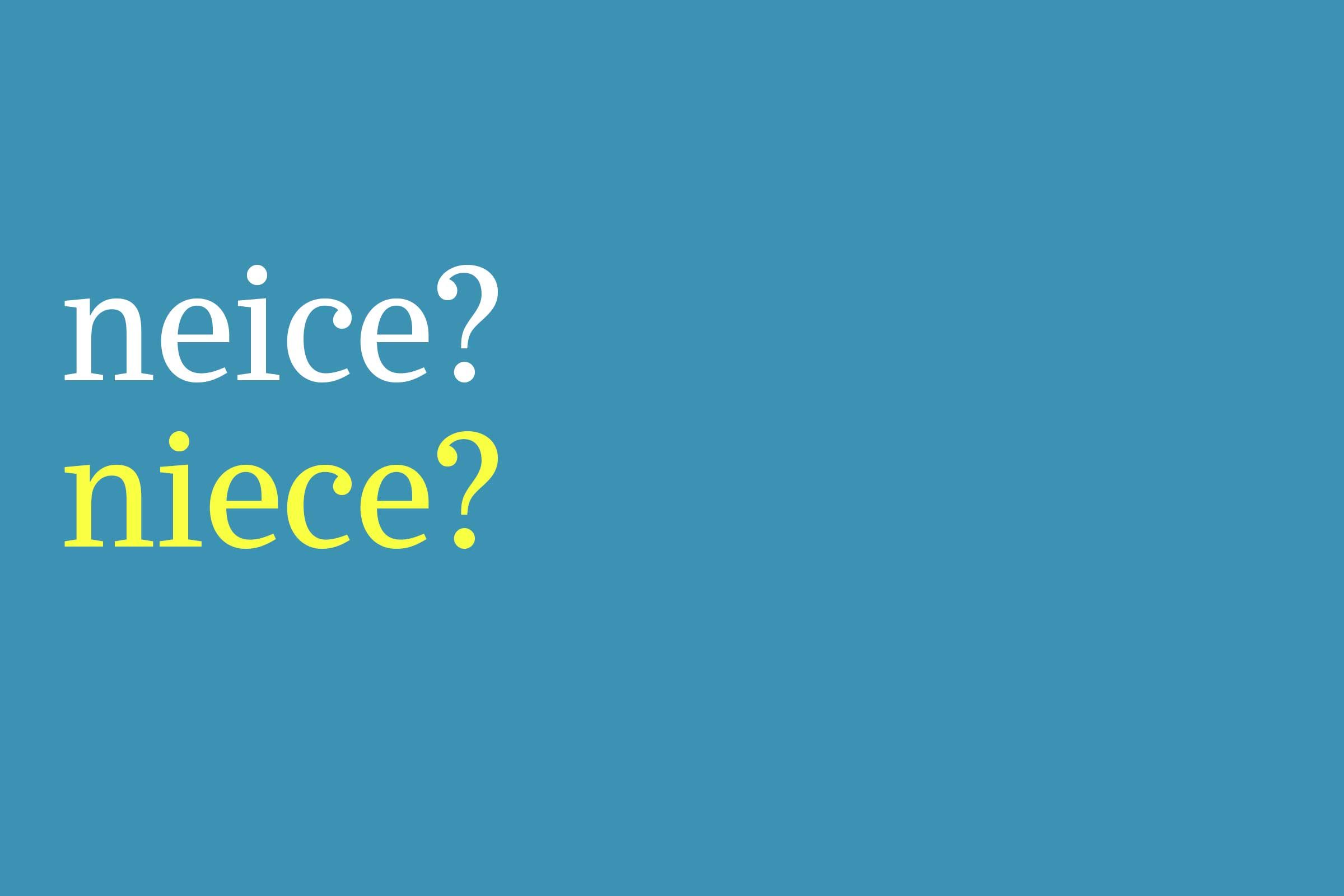 How do you spell niece?

For two little letters, “I” and “E” can certainly cause a whole bunch of linguistic confusion when they’re together. Just think of all the different vowel sounds “ie” can make in words like “pie,” “friend,” and “diesel.” With the order flipped, “ei” can make the “ee” sound as well, in words like “receive” and “seize.” So it’s no surprise that spellers are uncertain which of these configurations makes the first sound in “niece.” The word for a sibling’s daughter landed in a three-way tie for second most-searched “how do you spell” query, amassing an average of 8,100 searches per month. 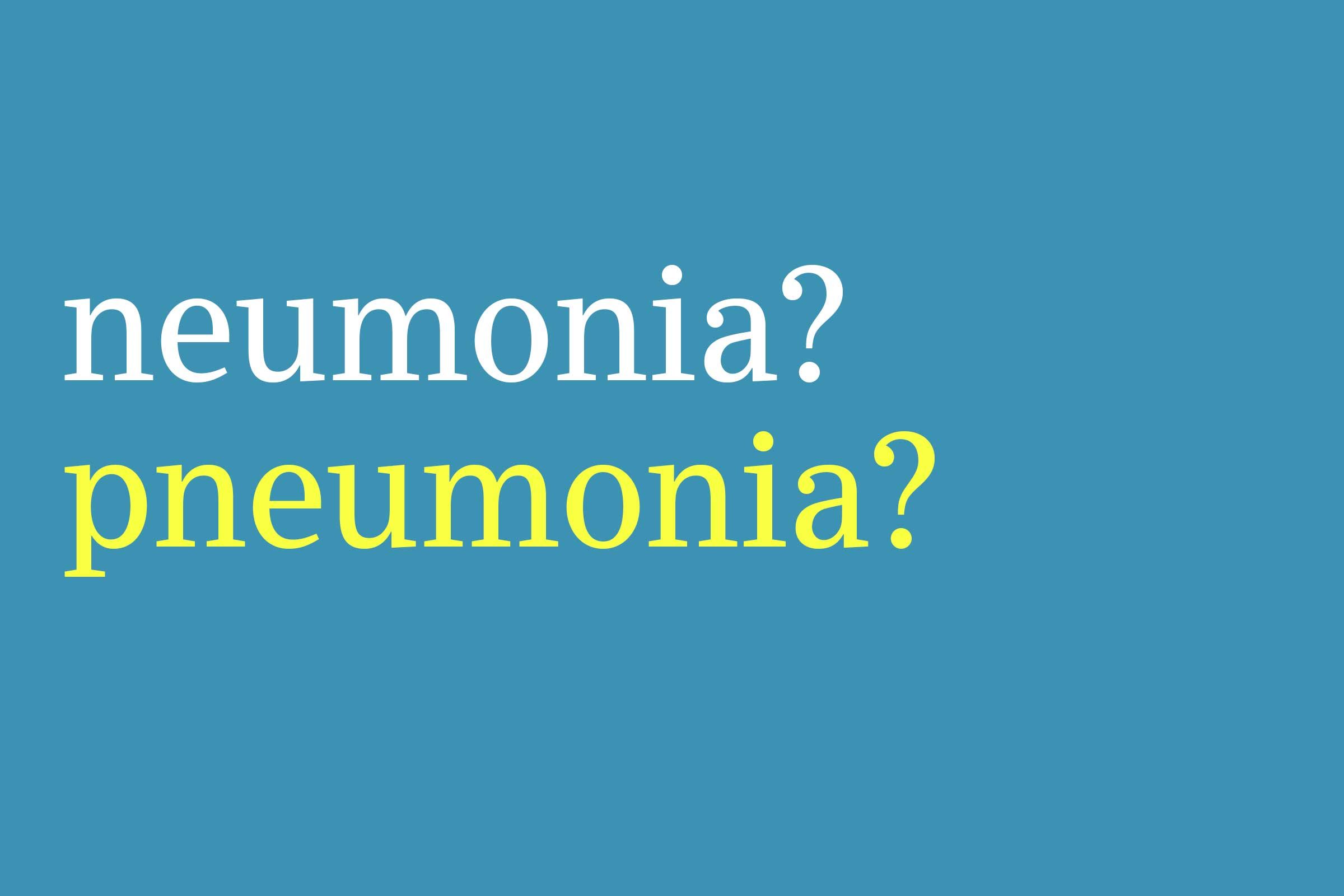 How do you spell pneumonia?

The spelling of this nasty infection had people scratching their heads and consulting their computers, no doubt partly because of its silent P. The perplexing vowel pairing of “E” and “U” probably contributed as well. “How do you spell pneumonia” garnered an average of 8,100 searches per month in 2018. 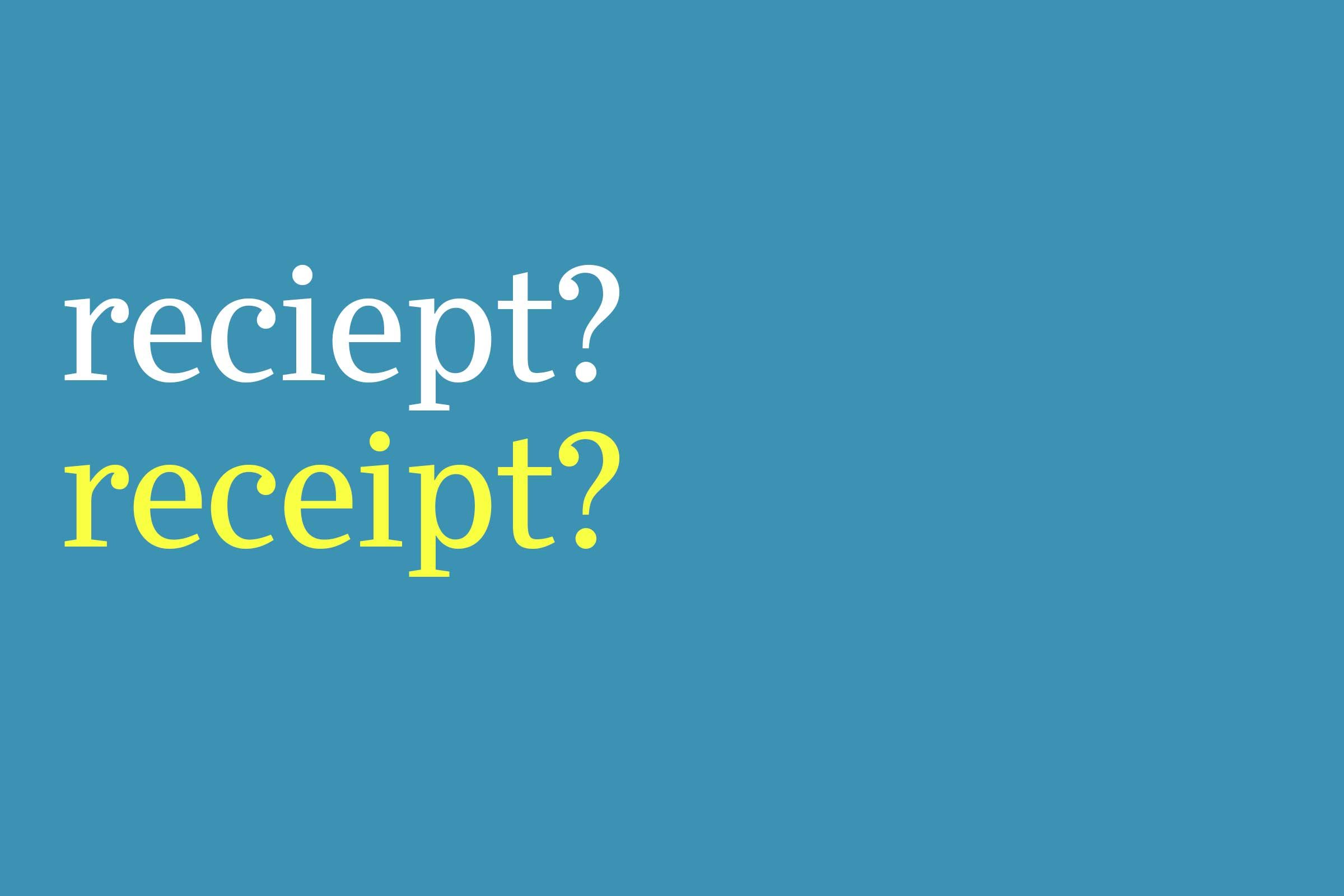 How do you spell receipt?

Right up there at the top of the list, also averaging at 8,100 searches per month, is “pneumonia”‘s fellow word-with-a-silent-P, “receipt.” This word, whose real-life counterpart you probably encounter every time you go to the store, packs in double the confusion. Spellers have to wrangle its seemingly useless P (which is left over from the Latin spelling, recepta) and its phonetically confusing “ei.” Check out our full explanation of why some English words have silent letters. 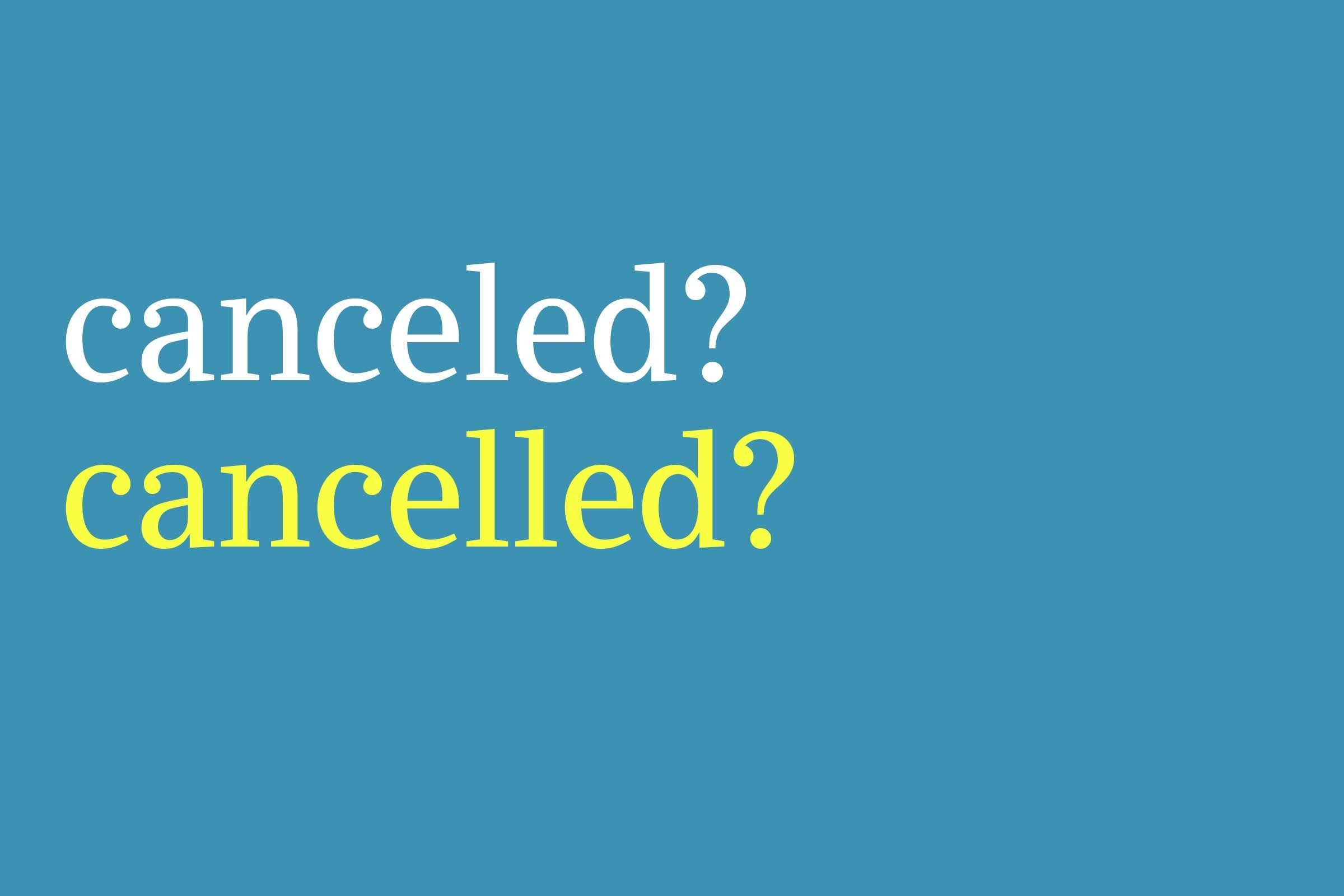 How do you spell canceled?

You’d think, compared to some of the other words on this list, the past tense of “cancel” would be pretty straightforward. But there’s the matter of the double L. This conundrum arises from the differences in British and American spellings. And for those, blame Noah Webster, who insisted in 1789 that the newly independent nation should have different, less pedantic spellings than the United Kingdom. This meant eliminating “excess letters” from words like “favourite,” “programme,” and, yes, “cancelled.”

So “canceled” is the Americanized spelling (though both versions are generally accepted as correct in the United States), and “cancelled” is how the Brits spell it. Basically, in the United States, it’s flexible; in England, less so. Though “canceled/cancelled” has the highest showing in Google searches, with an even 7,000 per month, it’s far from the only word affected by Webster’s rebellious mission. Here’s the full explanation of how British and American spellings became so different. 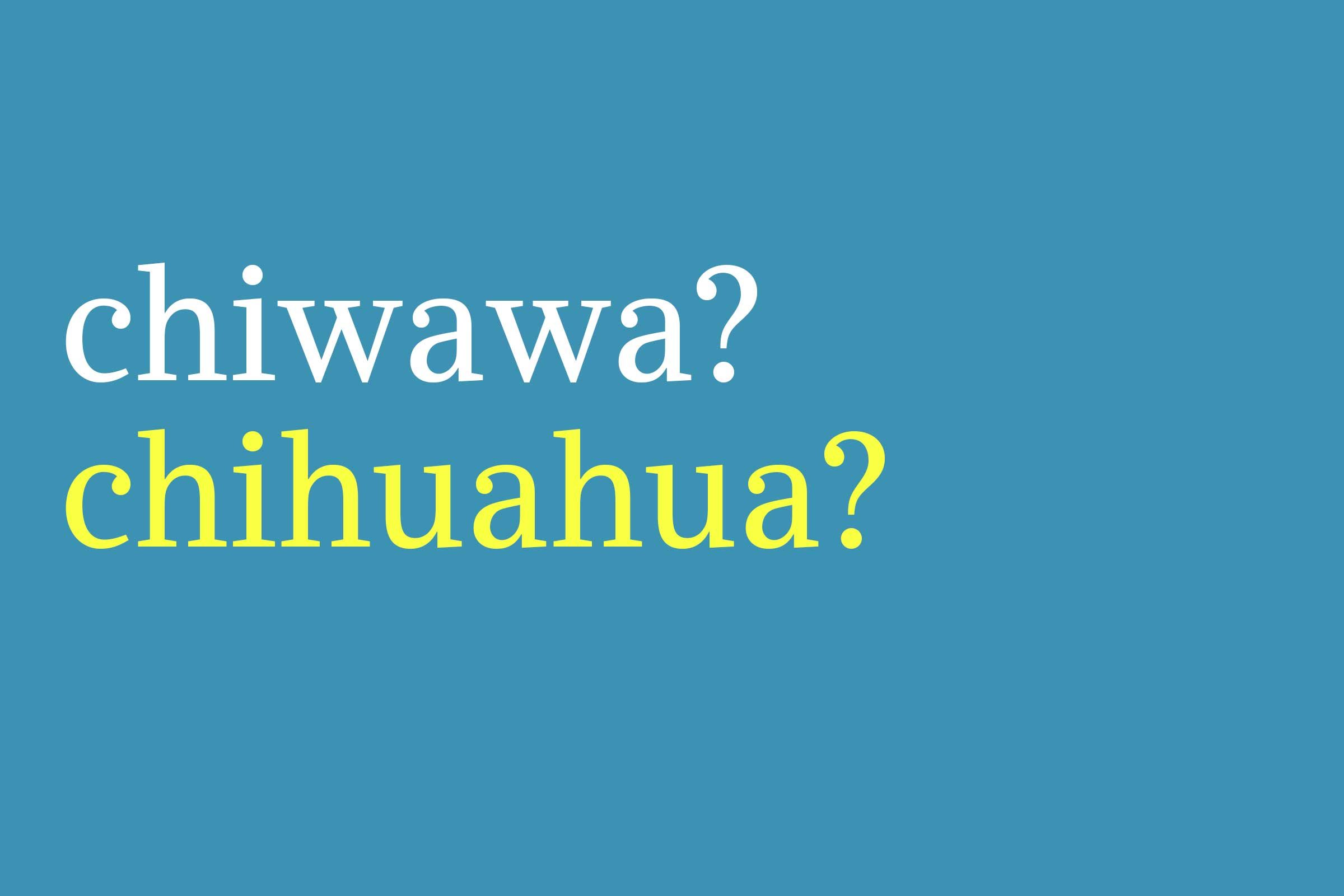 How do you spell chihuahua?

This small dog with a big, confusing name often finds itself a victim of spelling confusion. The word originates from a Mexican dialect and was adopted into the Spanish language, which pronounces the letters “hu” as a “W” sound. “How do you spell chihuahua” racked up an average of 6,425 monthly searches. 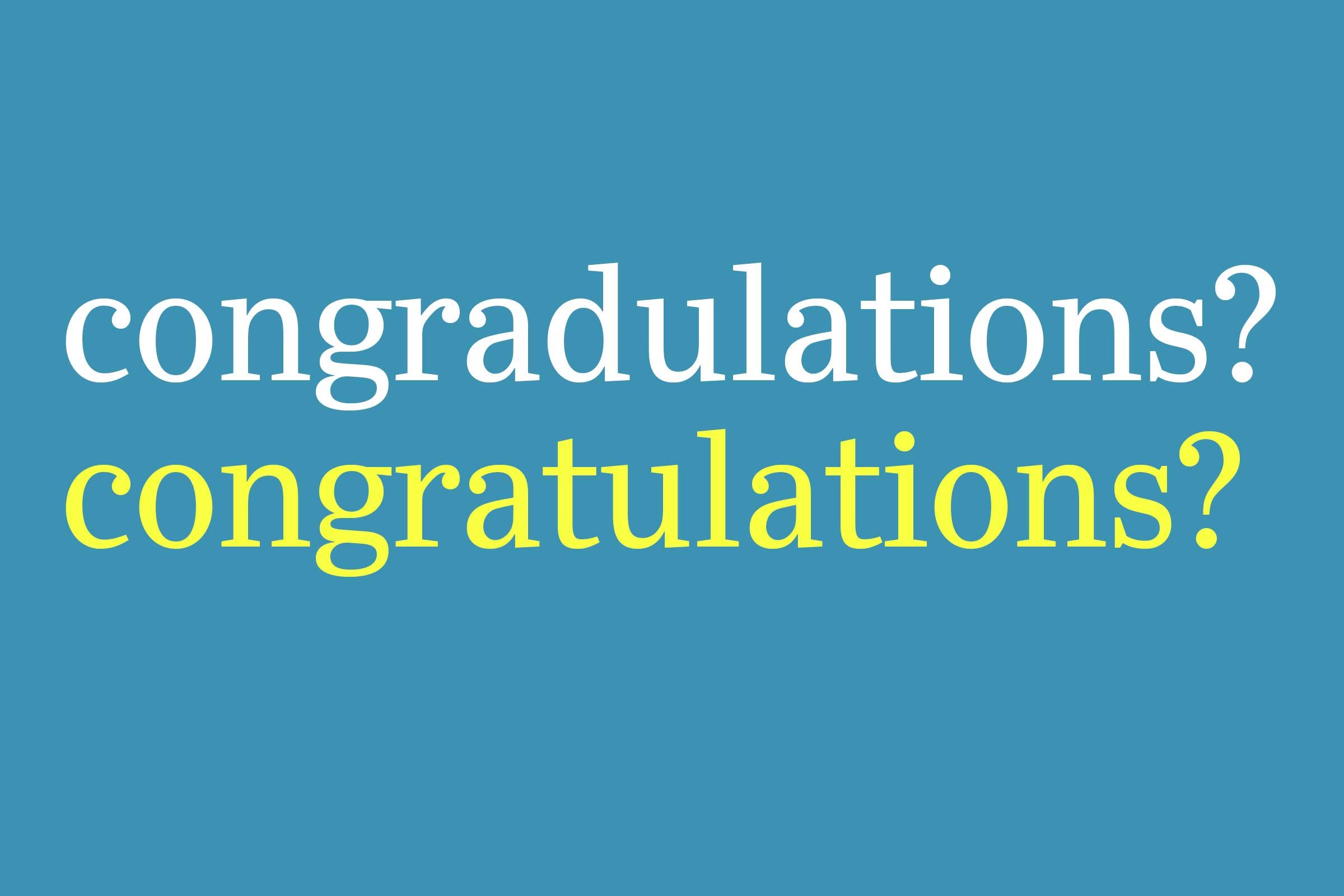 How do you spell congratulations?

Raise your hand if you pronounce the first “T” of “congratulations” more like a “D” sound. Yeah, us too. You won’t really hear people, at least in the United States, pronouncing “congratulations” with a hard, crisp “T.” Now we know why so many people choose to abbreviate it to “congrats”—and why “how do you spell congratulations” garners an average of 6,117 Google searches per month. Check out the most confusing words to pronounce in the English language. 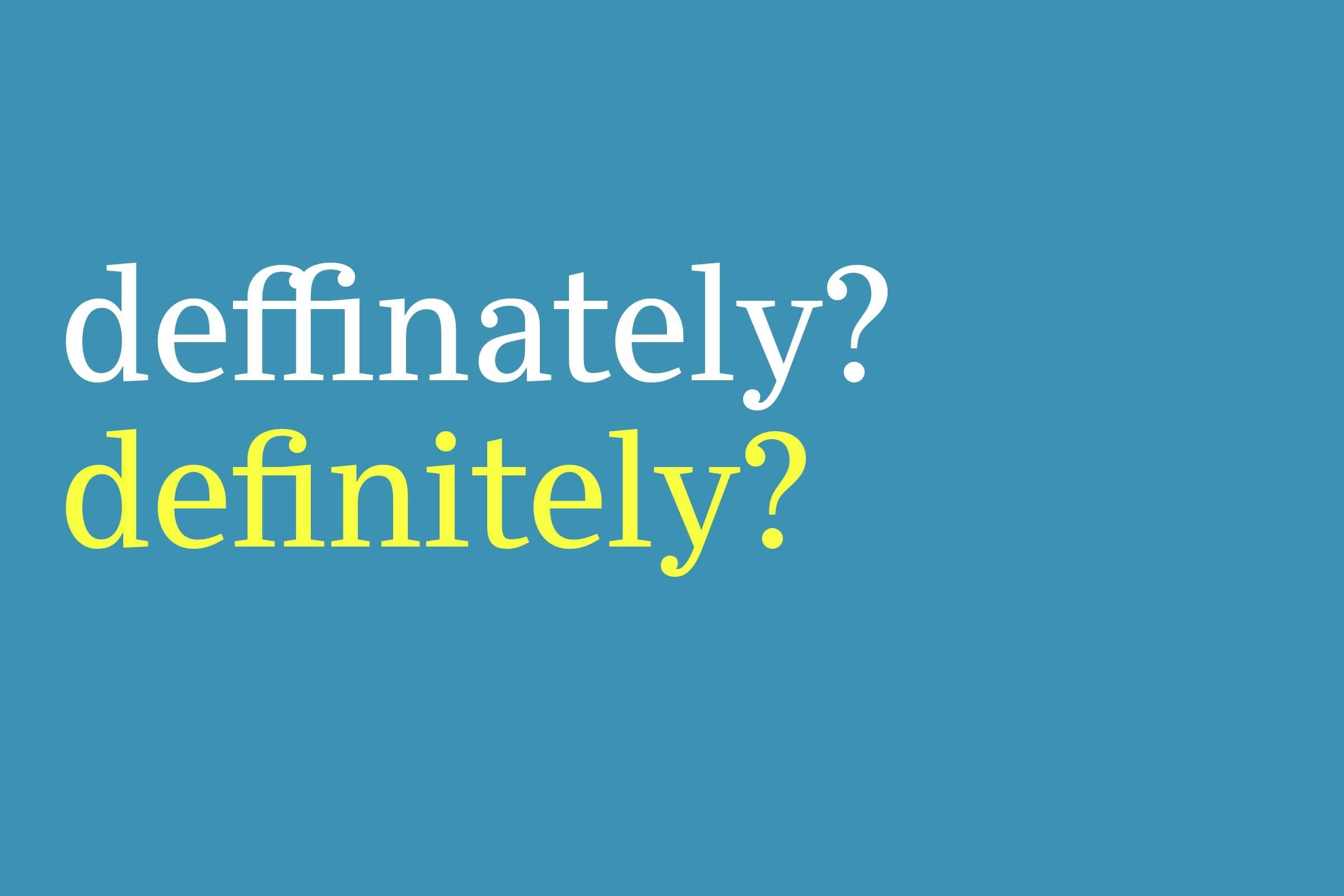 How do you spell definitely?

When it comes to “definitely,” common misspellings abound. People seem to get the first “def-” right, but after that, it seems like all bets are off. Switching that second “I” for an “A,” doubling the “F,” and flip-flopping the “L” and “E” at the end—they’re all errors people might make when sounding out this word. Luckily, a quick Google search is all it takes to make sure you’re definitely spelling this tough but common word right, and search for it, people did. An average of 5,600 times a month, to be exact. 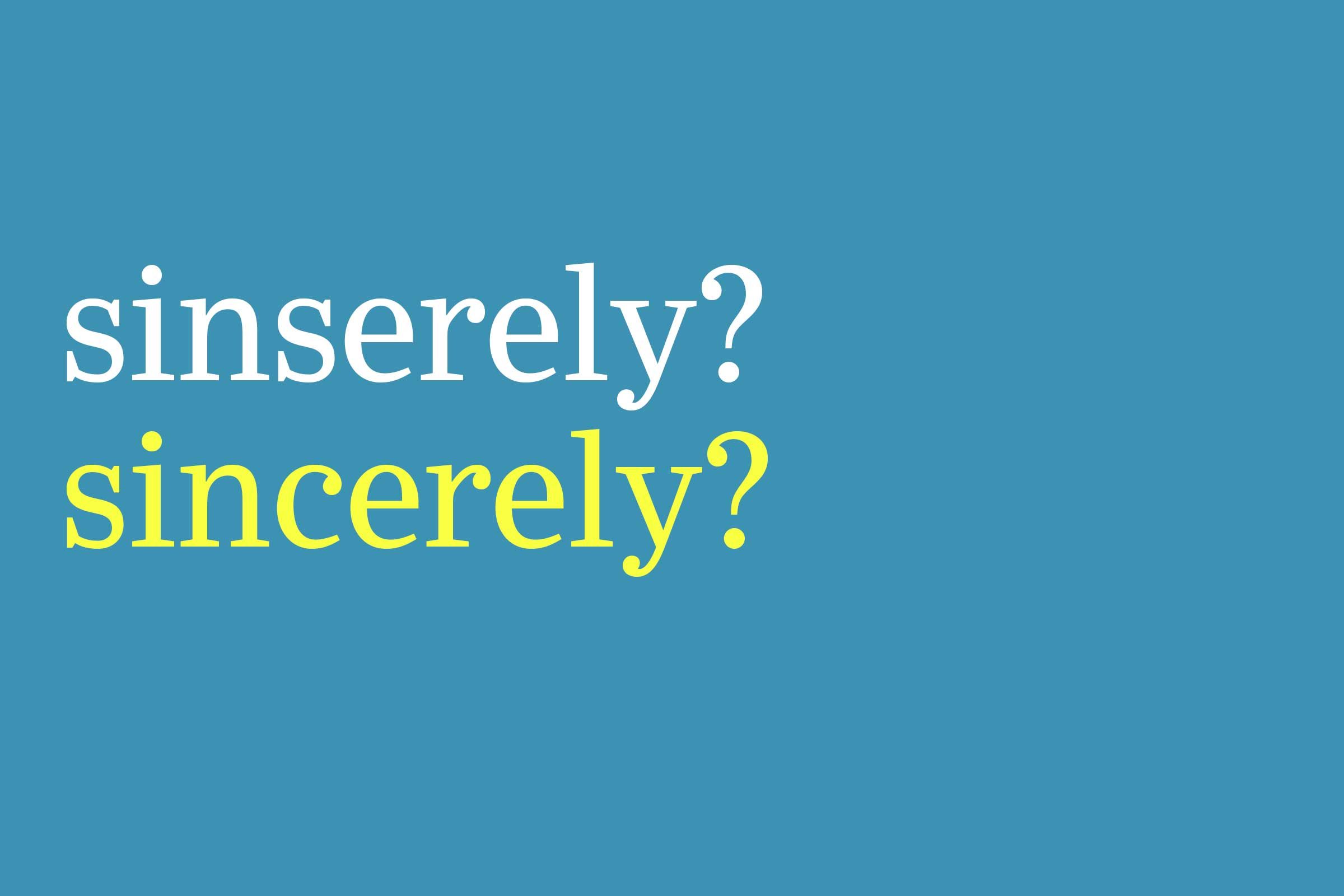 How do you spell sincerely?

As it’s a common sign-off in electronic correspondences, especially more formal or professional ones, it’s definitely a good thing that people are taking care to make sure they’re spelling “sincerely” correctly. Usually, it’s the “C,” which confusingly makes an “S” sound, and/or the first “E,” which people might mistakenly substitute for another “I,” that give spellers trouble. But the 5,400 people a month who Googled “how do you spell sincerely” last year hopefully have this tricky word down. Check out some simple memory tricks to remember how to spell some of the most commonly misspelled words. 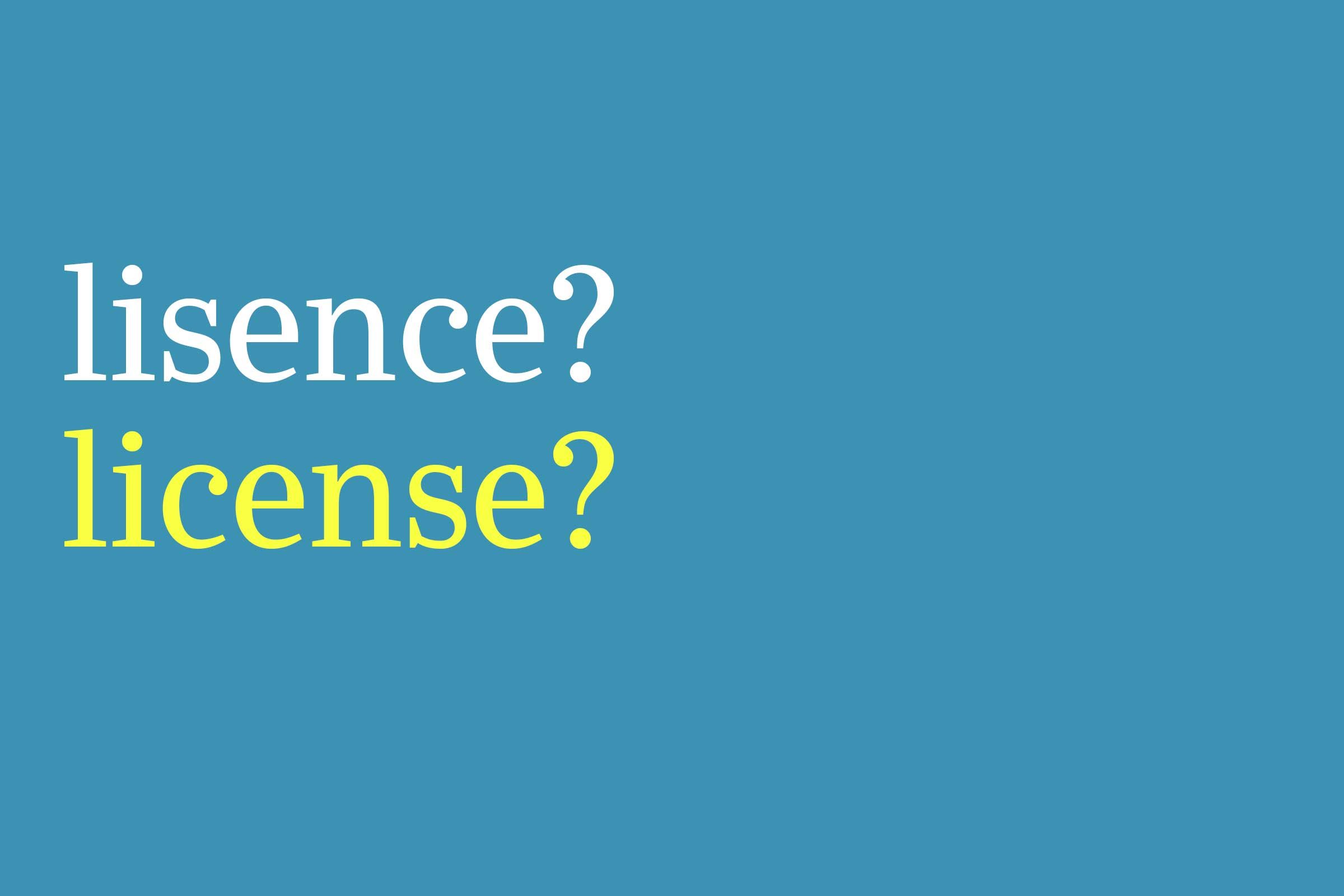 How do you spell license?

It’s dangerously easy to swap the “C” and the “S,” which make the exact same sound, in “license.” Wanting to know the correct spelling of “license” drove (excuse our pun) an average of 4,400 people a month to consult Google in 2018. 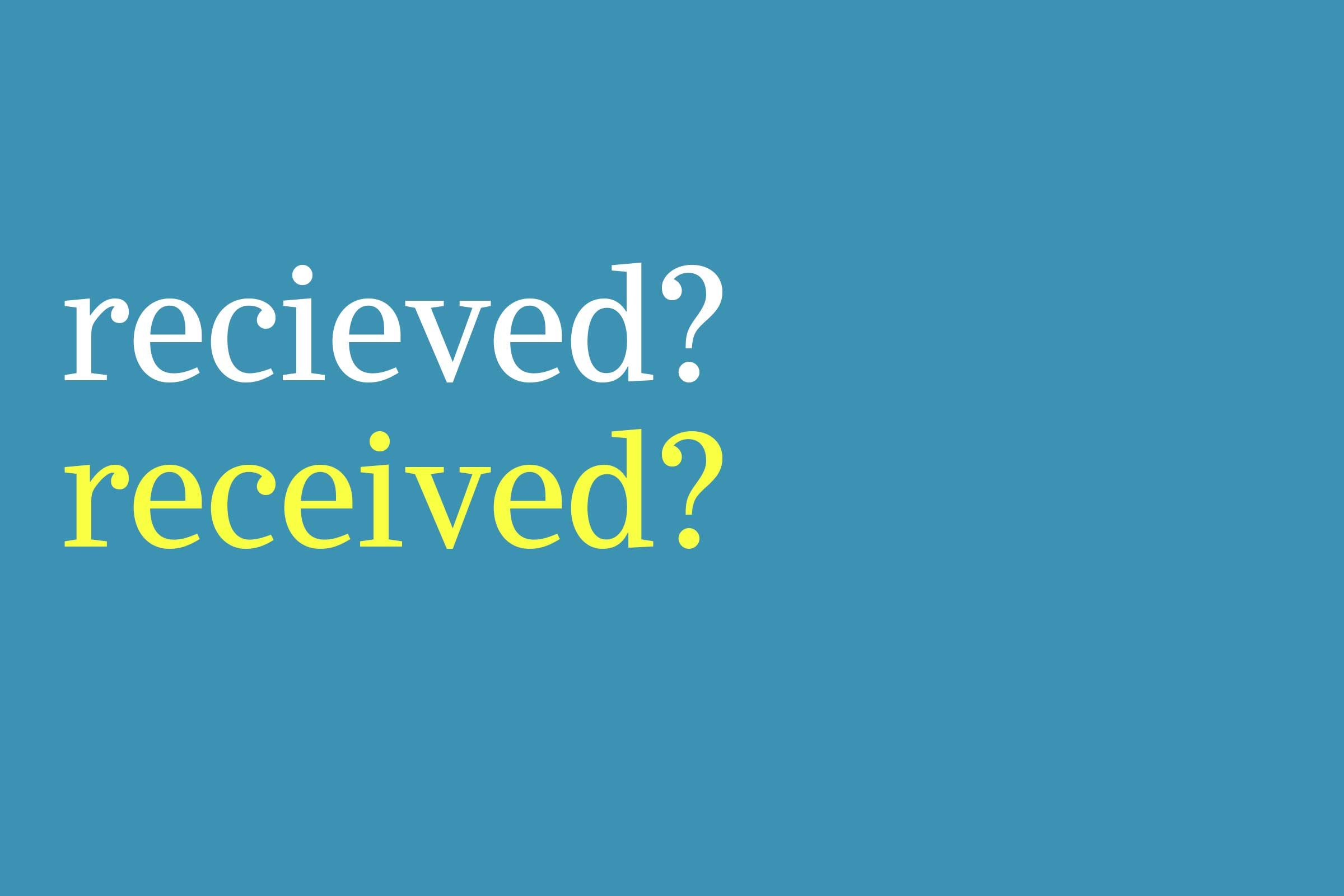 How do you spell received?

Sure enough, another culprit of the “ie” vs. “ei” confusion makes this list of tough-to-spell words. Luckily, “received” is one of the (frustratingly few) times when the “I before E, except after C” is actually right. A monthly average of 4,400 people still Googled how to spell it, though, just to confirm. Find out some more common grammar rules your English teacher lied to you about. 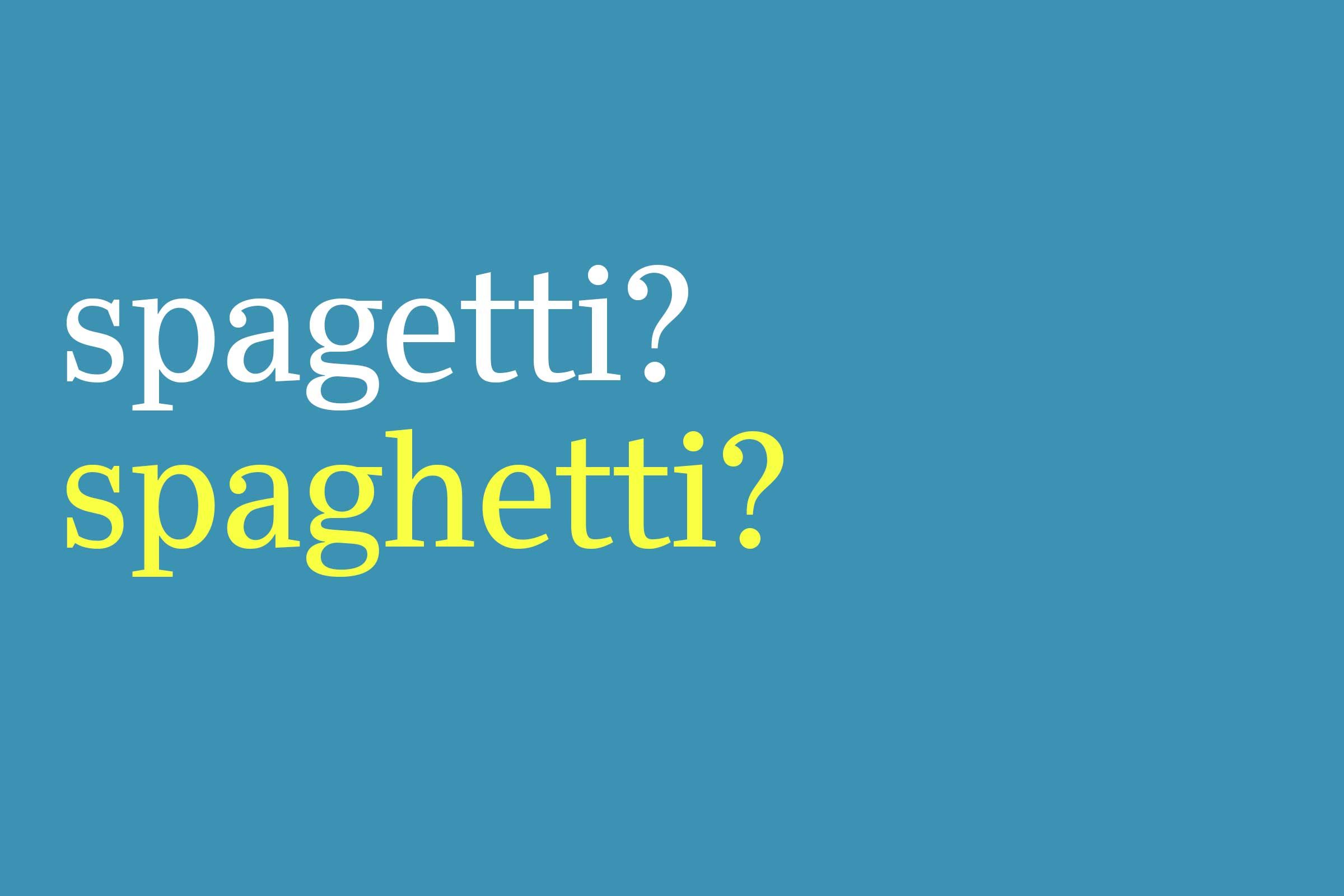 How do you spell spaghetti?

Are you hungry yet? It may not be one of the higher items on the list, but “how do you spell spaghetti” still has 4,400 people a month searching for it, most likely because of that silent H. 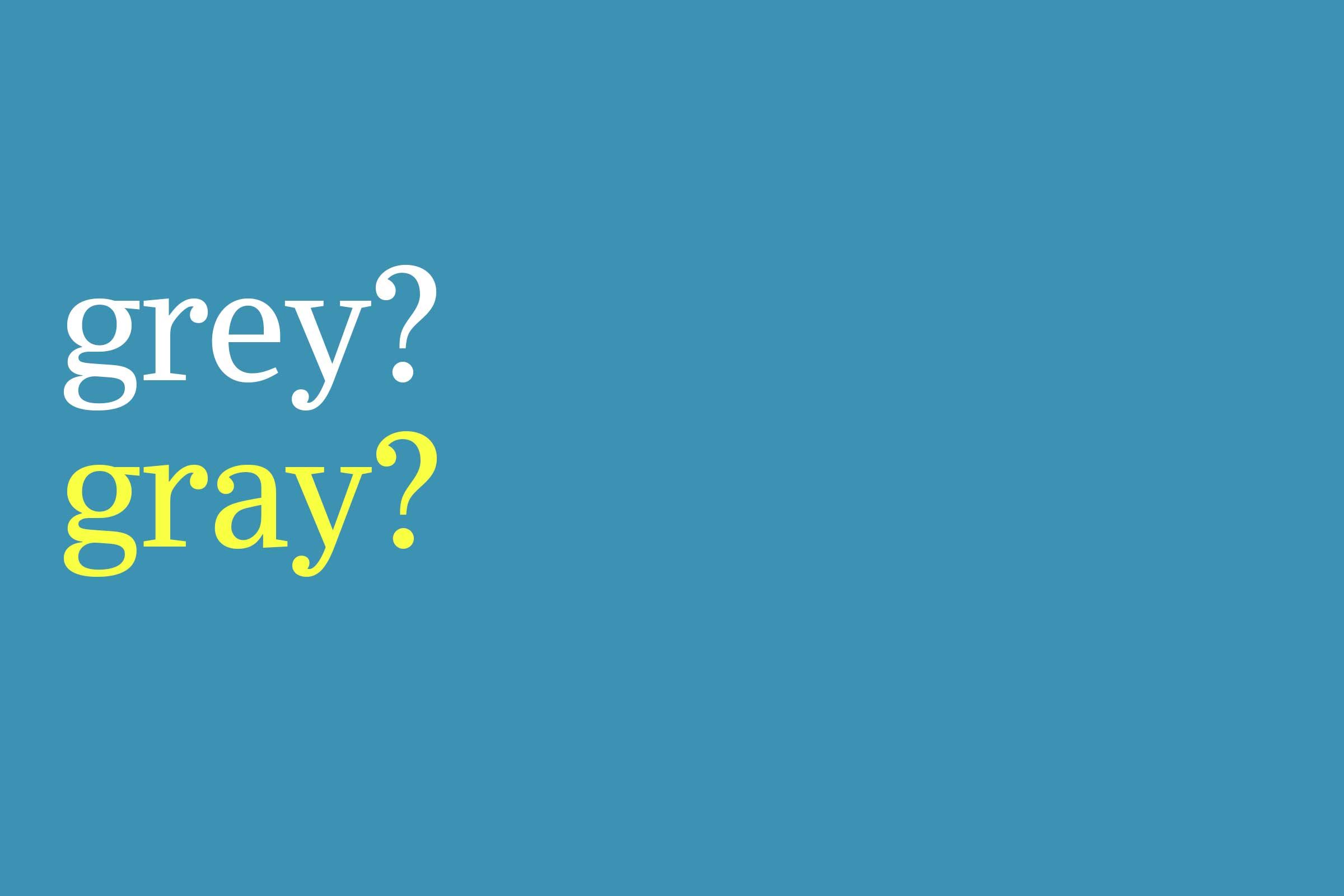 How do you spell the color gray?

Here’s another British vs. American spelling conundrum—and this time, one that doesn’t involve adding or removing an extra letter. You’ve probably seen this neutral shade spelled as both “grey” and “gray,” and if you have, you know why people Google the correct spelling 4,400 times a month. Well, technically, they’re both correct, and they both came from the same root, the Old English word grǽg. As the language became what we know it today, linguists argued back and forth about which version was correct. “Grey” became the predominant version in most English-speaking countries. Seemingly just to be difficult, Americans adopted “gray” as the primary spelling in the early 19th century. Check out some more spelling and grammar rules that are still hotly debated. 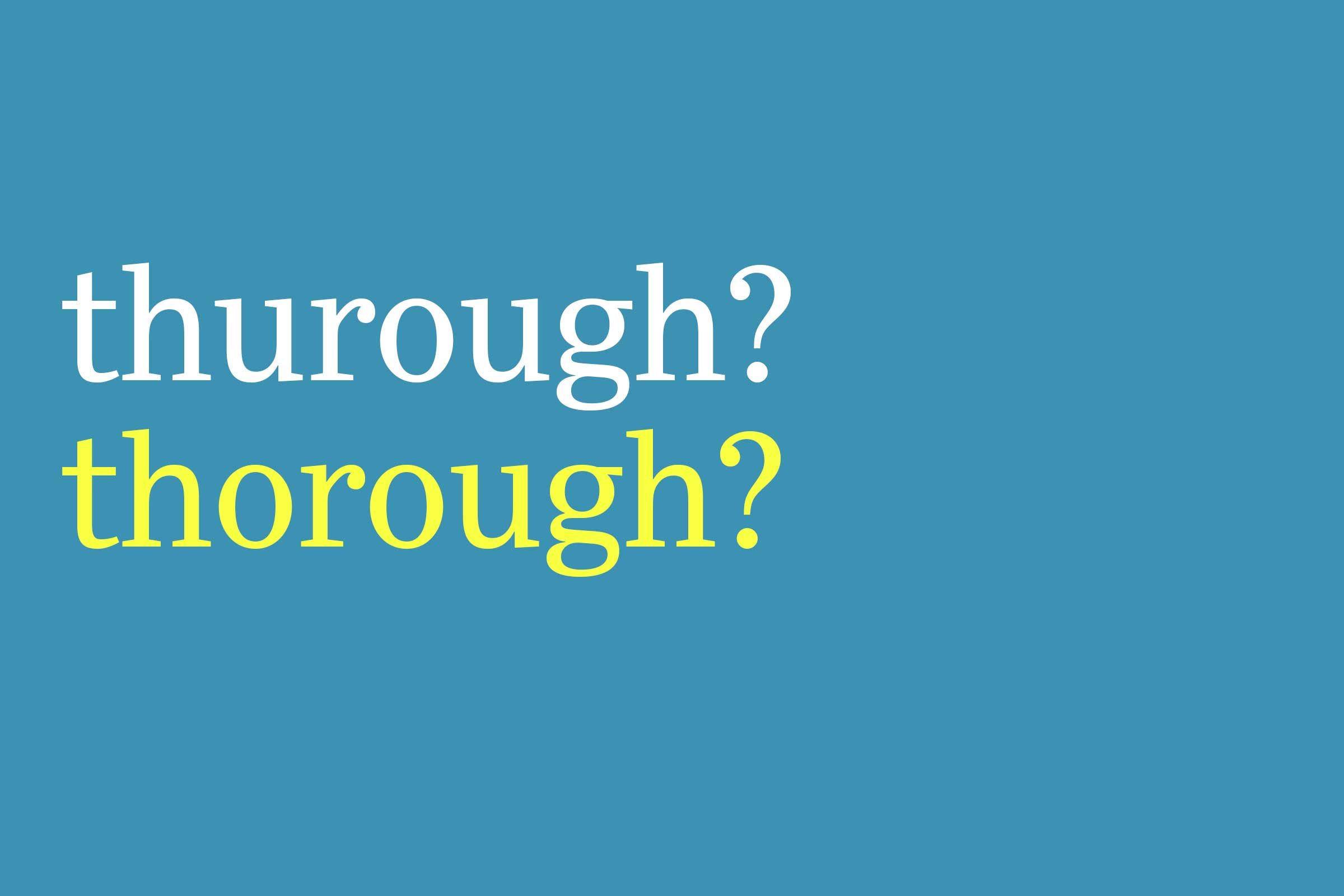 How do you spell thorough?

Add one letter to “through” and suddenly its entire pronunciation changes. And that one letter, the first “O” in “thorough,” is often pronounced more like a “U.” So around 4,400 savvy spellers a month decided to be thorough in 2018 and Google the correct spelling. Next, brush up on the 20 most confusing grammar rules in English.