New discoveries are always being made. A lot of "facts" we once thought were true were proven to be false just in the past ten years. 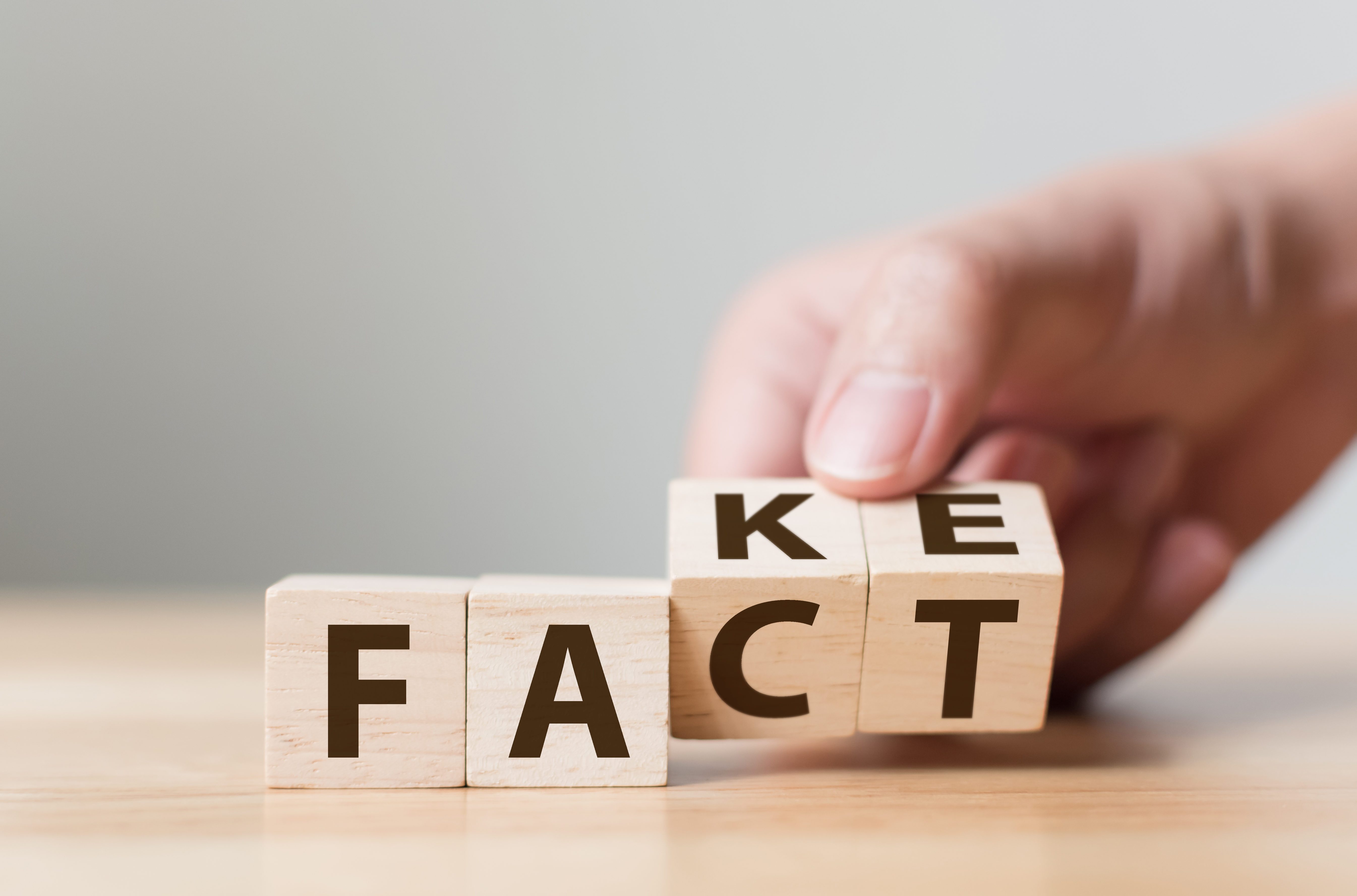 Things we thought we knew

Scientists are generally very careful about stating facts, preferring to summarize their findings in terms of probabilities. This is because the scientific method, which they use to test their hypotheses and theories, trains them to think in these terms. It’s only when we’ve heard things decade after decade that they become ingrained in our minds as “facts,” and then new research comes along that changes everything. From the heath risks of butter to the benefits of sunblock—the last decade brought us some mind-blowing revelations. Scroll on for the “new truths” the 2010s taught us. Then check out these 100 fun and interesting facts about basically everything.

The Night Parrot is not extinct

The Night Parrot of Australia hadn’t been sighted in 100 years, so it was thought to be extinct. Ornithologists rejoiced when one was sighted in Queensland in 2013—and there have been several subsequent documented findings. Unfortunately, these other 14 animals have gone extinct in the past 100 years.

There were no spaceships in Area 51

In the history of conspiracy theories, there have been perhaps none more pervasive than the rumor that the government was hiding an alien spacecraft in Area 51. The stories were so pervasive that many people regarded them as fact. In 2010, Area 51 was de-classified and the public finally got a peek. Turns out there were secrets about Area 51 the government didn’t want us to know, alright, but they had to do with spy planes and new technology, not aliens.

It’s an increasingly outdated fallacy that girls just aren’t naturally as good at math as boys. In 2011, however, a study conducted by the University of Wisconsin-Madison used data collected from around the world to disprove this assumption. It seems the male/female gap in mathematical achievement is due to social and cultural circumstances, not biology. This would come as no surprise to these female inventors you never learned about in history class.

There was a time when IQ tests were meant to be the definitive word on a person’s intelligence, but a 2012 study by the University of Ontario debunked that theory. Researchers found that many factors impact the results of such tests and concluded that measuring a person’s intelligence via a single, standardized test yielded misleading and imperfect results. This means even if you don’t perform well in IQ tests, you might be smarter than you realize.

The marshmallow test was misleading

A famous study referred to as “the marshmallow test” left young children in a room with a jar of marshmallows. They were told if they could wait 15 seconds before eating the treat, they could have another one. Then, the children were studied as they grew up. It turns out, the students who delayed gratification frequently went on to do better at school and work than their study peers. Scientists theorized this was because they had superior willpower. A new study, however, demonstrated that something else might be at play: economics. Children from less affluent backgrounds were less likely to delay gratification because they weren’t as accustomed to receiving treats or as convinced such an opportunity would present itself again. This proved that the results of the original test were misinterpreted and economic security was the real predictor of the children’s future success. Discover the scientific truth behind ten lies parents often tell their kids.

Amelia Earhart captured the imagination of the public even before she disappeared in 1937. Consequently, the world rejoiced in 2017 when a photograph appeared to prove that she’d survived her plane crash and was taken prisoner by the Japanese. Sadly, the mystery still remains, however. A short time later it was proven that the photo was actually taken two years before the female flier’s disappearance. Learn more about the popular conspiracy theories behind Earhart’s disappearance. 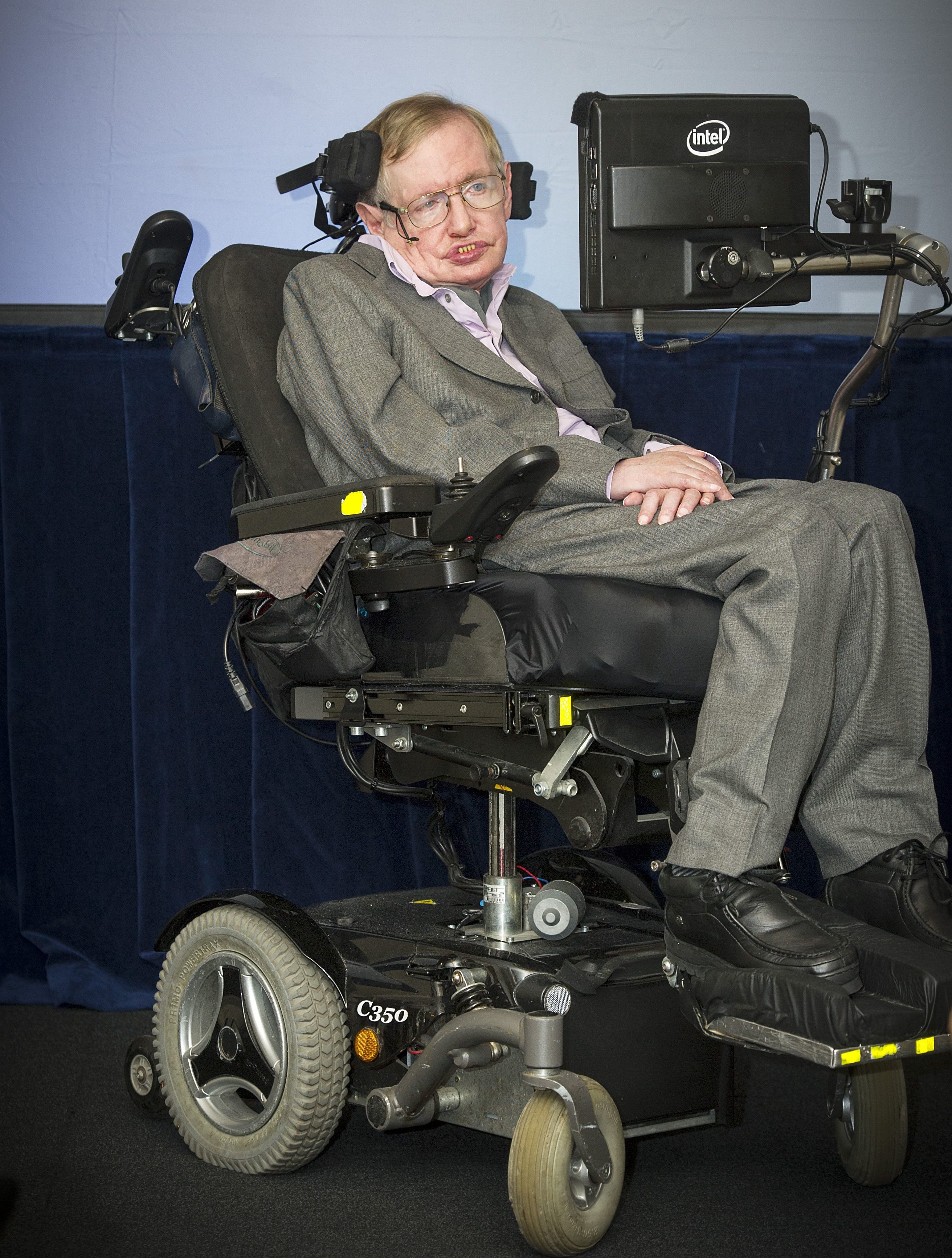 Even Stephen Hawking made mistakes

Stephen Hawking was a brilliant man and renowned scientist but even he was capable of making mistakes. In 2019, researchers debunked his theory that black matter was comprised of minuscule black holes created at the dawn of the universe. Discover what’s really inside a black hole.

No proof of a 9th planet in our solar system

Some time after the original ninth planet Pluto was declassified (it’s now thought to be a dwarf planet), scientists told us that a mystery planet, sometimes referred to as Planet X or Planet 9, existed and that it explained why they were observing a strange gravitational pull in a nearby solar system. However, in 2019 other scientists proved that a large amount of debris could just as easily explain that pull. So, is there a 9th planet in our solar system? It’s just one of the many facts you learned in school that are no longer true.

Dinosaurs didn’t shed their skin all at once 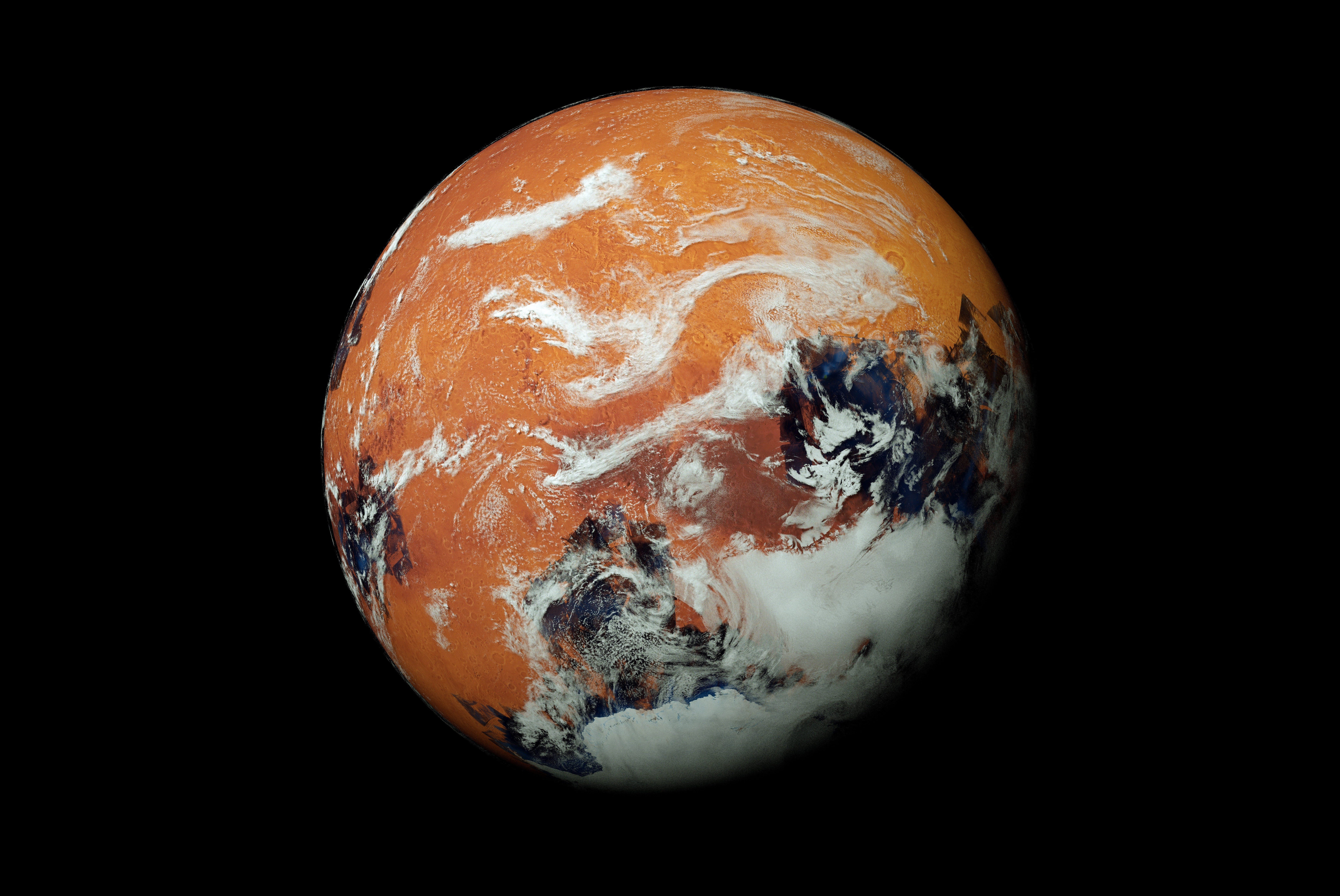 Mars is not dry and barren

For many years, Mars was thought to be a dry, barren planet. But in 2011, scientists discovered evidence of saltwater on the surface of Mars. The whole world got excited, as this means it’s possible that simple organisms might exist upon its surface. It’s a reversal that certainly ranks up there with the coolest scientific discoveries of the year. 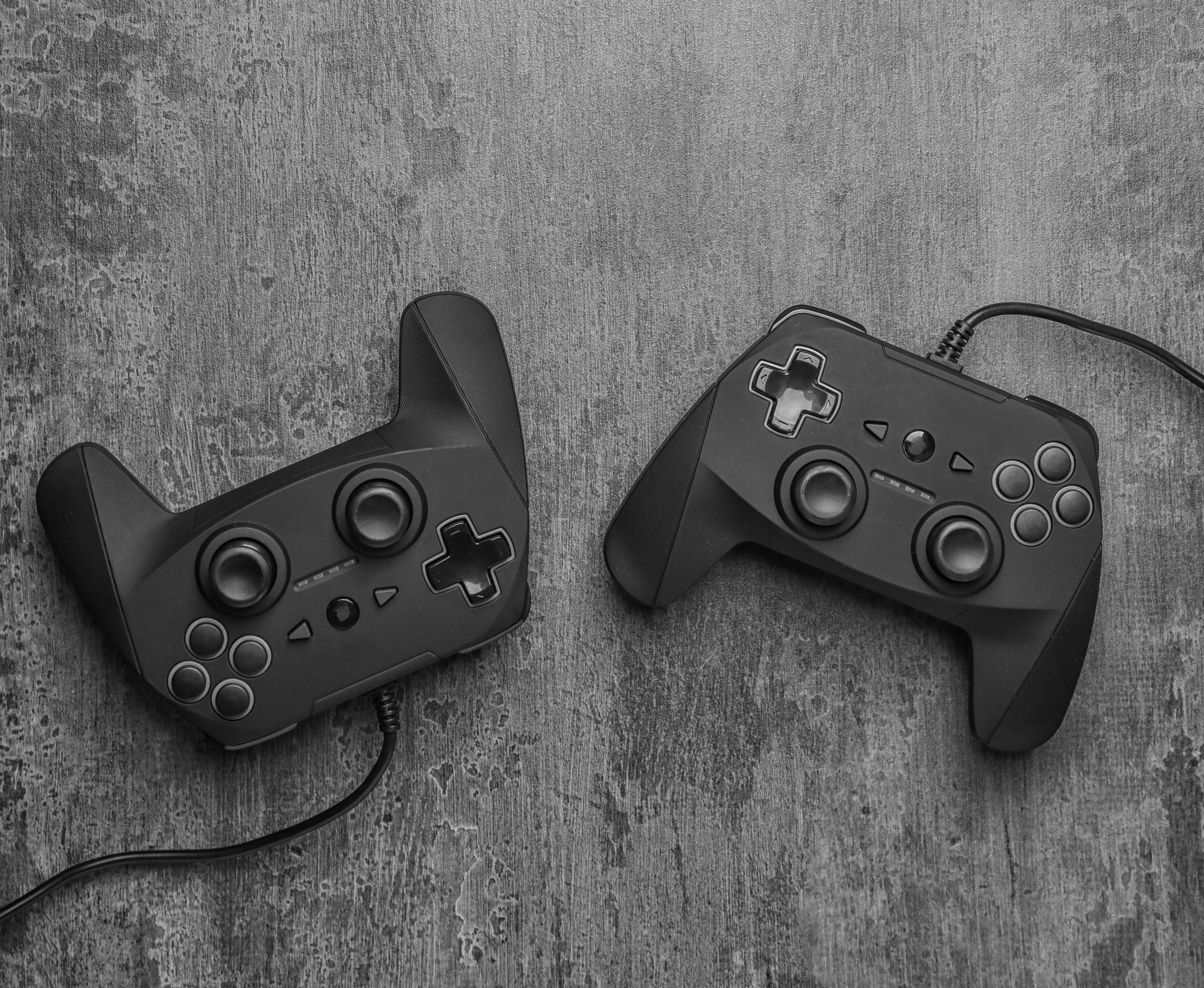 Video games have been blamed for seemingly every evil under the sun, but a study in 2018 found that in some cases, they can actually be helpful in increasing cognitive thought patterns in people suffering from depression. Here are an additional 17 science “facts” that just aren’t true. 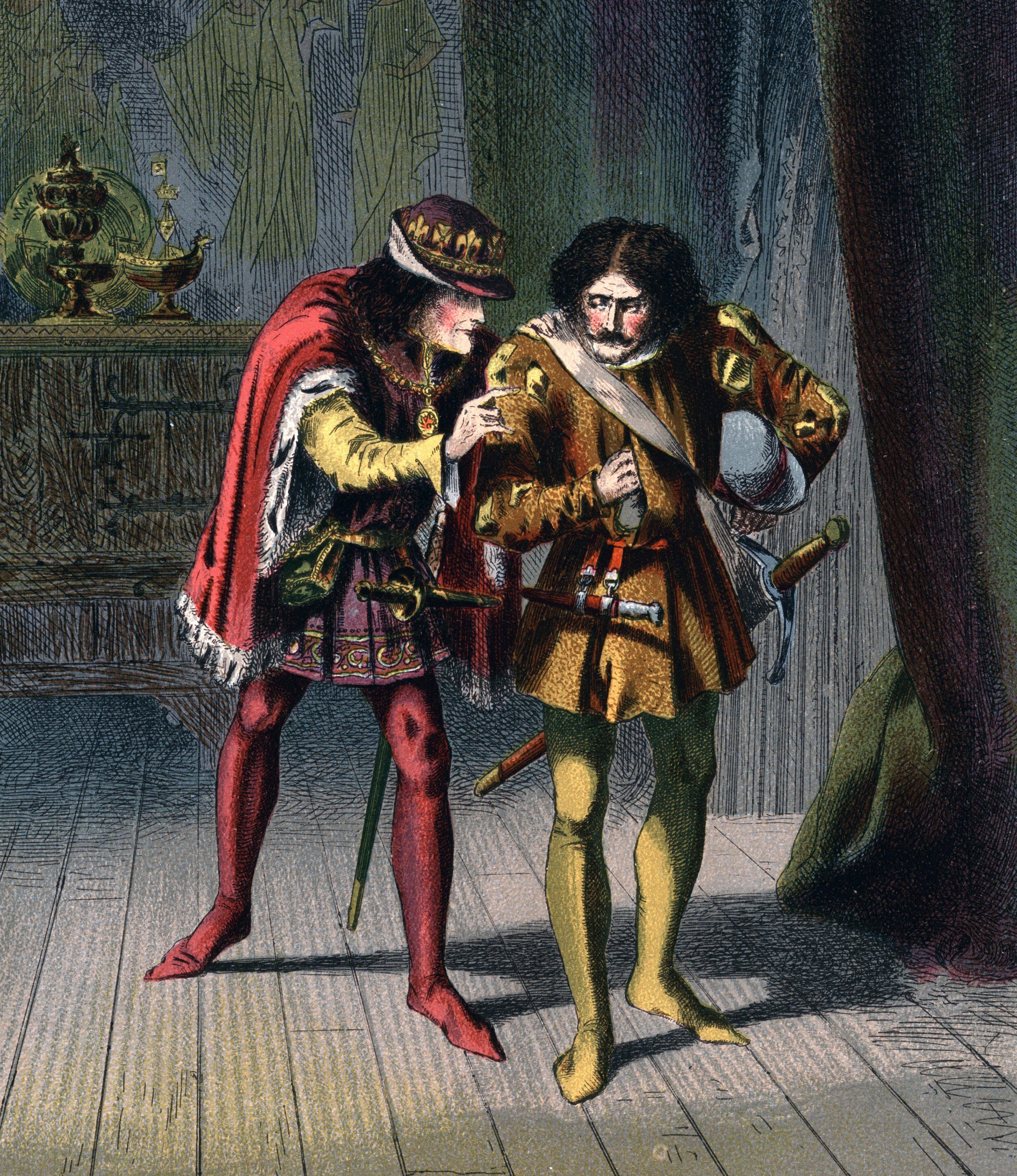 King Richard lll was not a hunchback

History has taught us that King Richard lll was a hunchback but after the unexpected discovery of his remains beneath a parking lot in England, this is now proven to be wrong. Researchers did find, however, that he had scoliosis—curvature of the spine. Here are the 13 biggest mysteries surrounding the royal family.

If you’ve seen a photo of a leatherback turtle you might have noticed a pink spot above its eyes. It turns out that spot is actually a third eye of sorts. In 2015 it was discovered the area has a remarkably thin membrane and cartilage, which allows light to pass into the brain and helps the turtles adjust migration patterns accordingly. If you find this fascinating, you’ll love these  27 “facts” about animals you have all wrong.

Dead bodies are not motionless

If you believed that dead bodies lie still, you’d be mistaken. A recent study has shown that dead bodies actually continue to move for up to a year. Scientists believe this is due to decomposition and drying ligaments. Discover 22 other things a funeral director won’t tell you.

The truth about giraffe spots

It was a previously accepted fact that the spots on a giraffe are an indicator of age, however new research has turned that theory on its head. Dark spots on a giraffe don’t indicate that a giraffe is getting older but are rather signs of social status and personality traits. Here are 25 additional fun science facts you never learned in school.

The human body may have a 79th organ

In 2018, scientists discovered what may be a new human organ called the interstitium; it’s a network of fluid-filled pockets that makes up human tissue. In the past, scientists had mistaken these pockets for a wall of collagen but now researchers are able to see them using a new imaging technique that lets them examine living tissues on a microscopic level. Here are signs of evolution you can still find on your body.

Margarine is not healthier than butter

For years we’d been told that butter is bad for us, and that margarine and nondairy spreads are healthier, but in the 2010s, scientists started to challenge this. A study published in the American Journal of Clinical Nutrition concluded there is no proof linking saturated fat and heart disease. Discover all the ways you didn’t know you can use butter.

Not so fast with the sunblock

Past wisdom has been to slather our whole body with sunblock before spending time in the sun, to lower the risk of developing skin cancer. Yes, and no. Scientists have learned that the body needs exposure to sunlight to thrive and covering ourselves constantly with sunblock all the time may not be as helpful as it was once thought. Recent scientific studies have proven that direct exposure to sunlight can help lower blood pressure and help the body develop healthy nitric oxide. The bottom line: You should still practice safe sunning; start with these 14 strategies for preventing skin cancer that don’t involve sunblock. 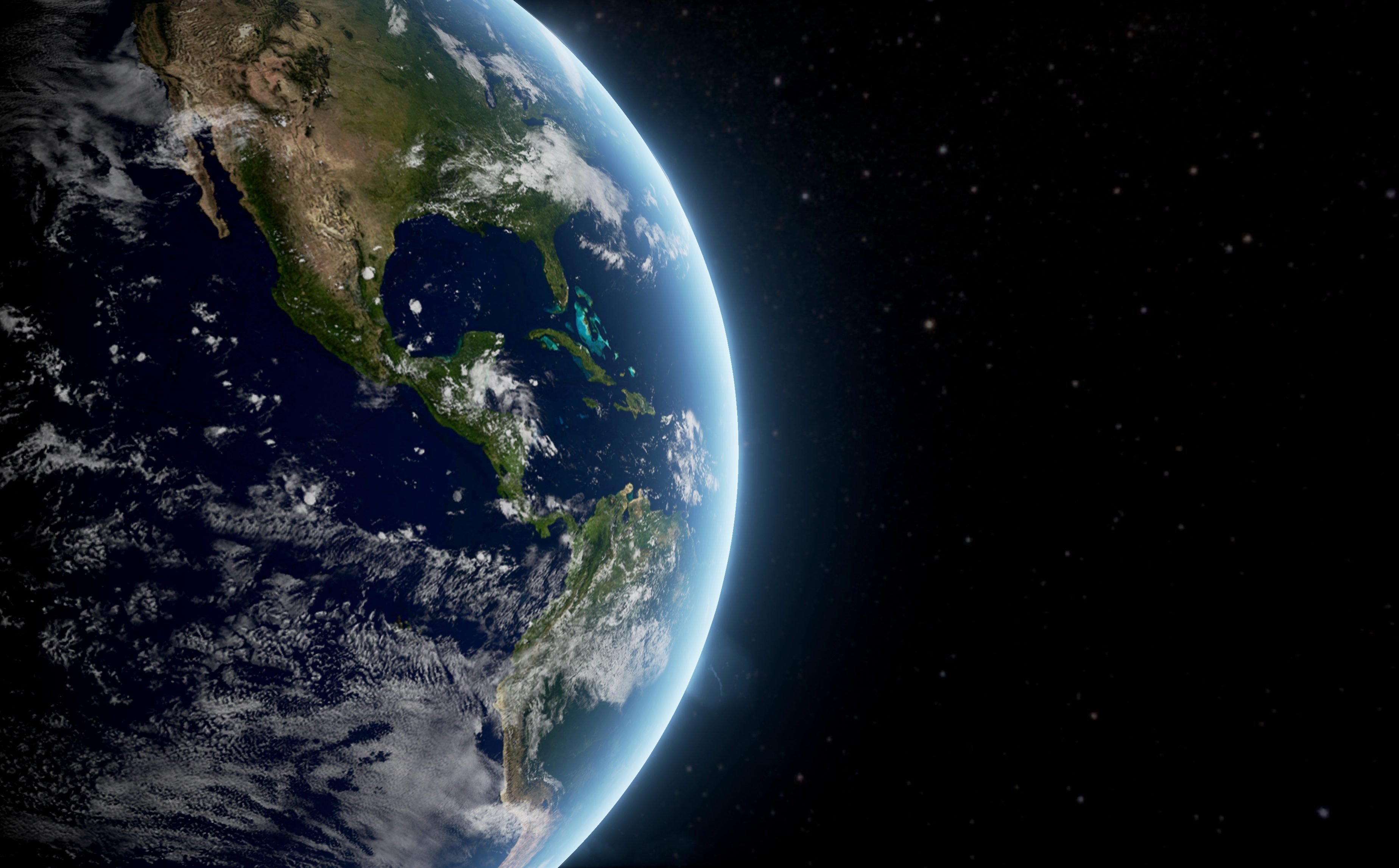 There may be life on other planets

If everything you’ve ever learned has led you to believe that no planet except Earth could host life, 2013 brought a big surprise. That was the year scientists identified three new planets from outside our solar system that could possibly be hospitable to life. It’s one of the many NASA discoveries that changed science textbooks.

The human species is older than we thought

Until 2017, scientists theorized that human beings originated about 200,000 years ago in sub-Saharan Africa. Then human remains were found in Morocco, which researchers believe are between 300,000 to 350,000 years old, revealing that humans were around much longer—and lived in different areas—than previously believed. Here are 13 more weird discoveries archeologists have made.

Only a womb can sustain human life

It’s been a given that sophisticated life forms can only grow and mature in the womb, but in 2017 scientists grew a lamb fetus in a “bio bag”.  Doctors are hoping this technology will eventually revolutionize care for premature human infants. Don’t miss these 10 accidental discoveries that changed the world.

We can clone primates

Dolly the sheep changed history when she proved cloning was possible in 1996, but for decades many thought cloning primates wasn’t possible. The year 2018 proved them wrong when adorable twin monkeys were born using the same cloning method, leading many to wonder if humans may be next. Like Dolly, these animals changed history.

There’s an eighth continent (under water)

In grade school, we’re taught that there are seven continents, however in 2019 we learned this isn’t true. It turns out there’s a hidden continent approximately the size of Greenland under the water in the Mediterranean. Scientists have named it Greater Adria. Read on to discover an additional 23 U.S. geography facts you didn’t learn in school.

The Nobel Prize can be awarded posthumously

You’ve probably heard that the Nobel Prize can’t be awarded posthumously, but all that changed in 2011 when the committee voted to award the prize to three researchers, one of whom was Ralph Steinman, PhD. The committee wasn’t aware that Steinman had passed away a few days prior. Though many had expected the committee to rescind the prize, they decided to proceed. “The Nobel prize to Ralph Steinman was made in good faith, based on the assumption that the Nobel laureate was alive,” the foundation announced. Don’t miss the winners of the IG Nobel Awards for “weird science” (which honors “research that makes people laugh, then think”).

You may be part Neanderthal

It was always believed that Neanderthals and Homo sapiens were two different species, and that the former had died out. In the 2010s we learned that the two had actually mated and hundreds of thousands of Brits still carry traces of Neanderthal DNA. Next, read on to discover 19 inventions that changed the world in the past decade.