Eight out of ten Americans would rather buy U.S.-made products than imported ones, according to a Consumer Reports survey. These iconic brands still make products in America. 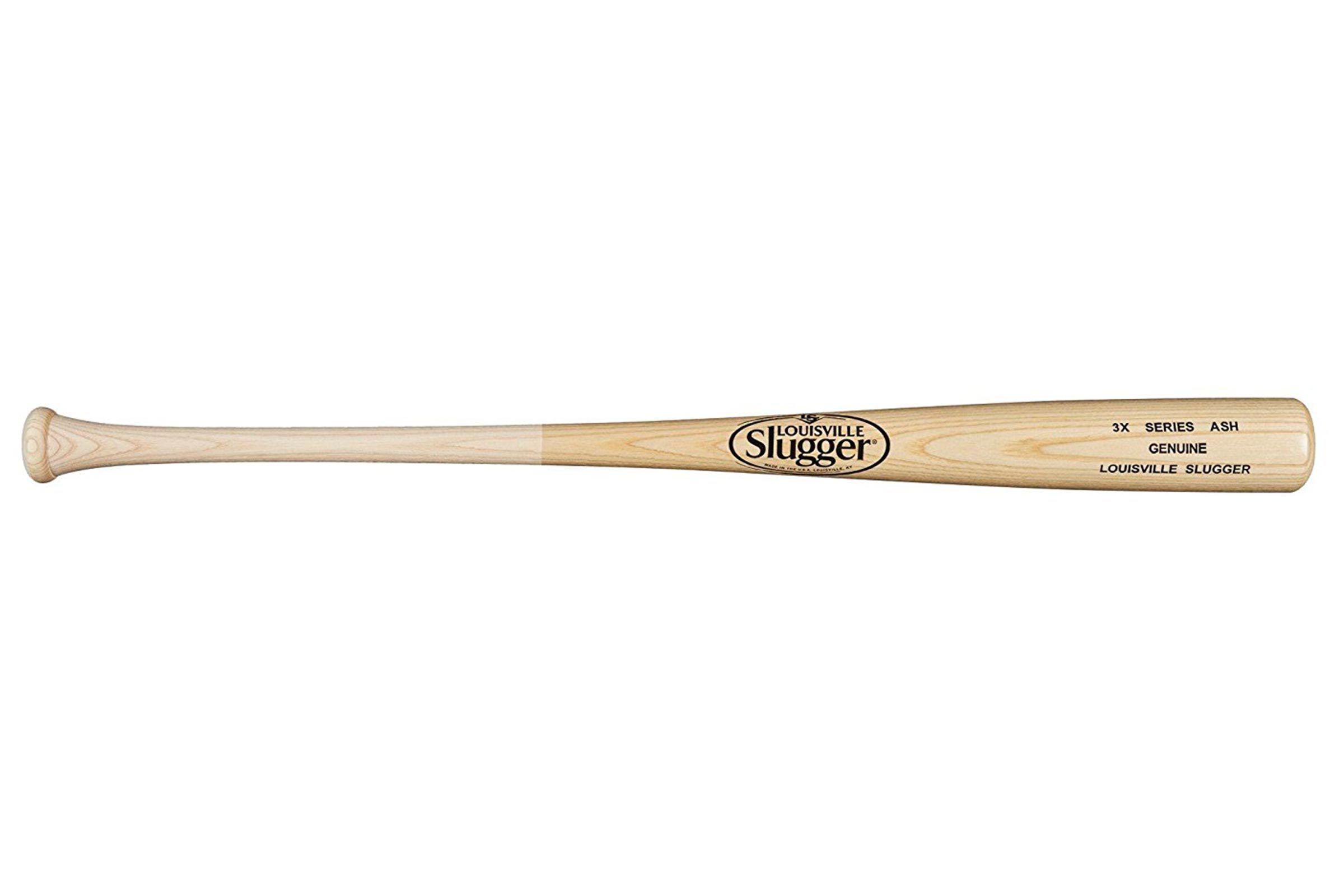 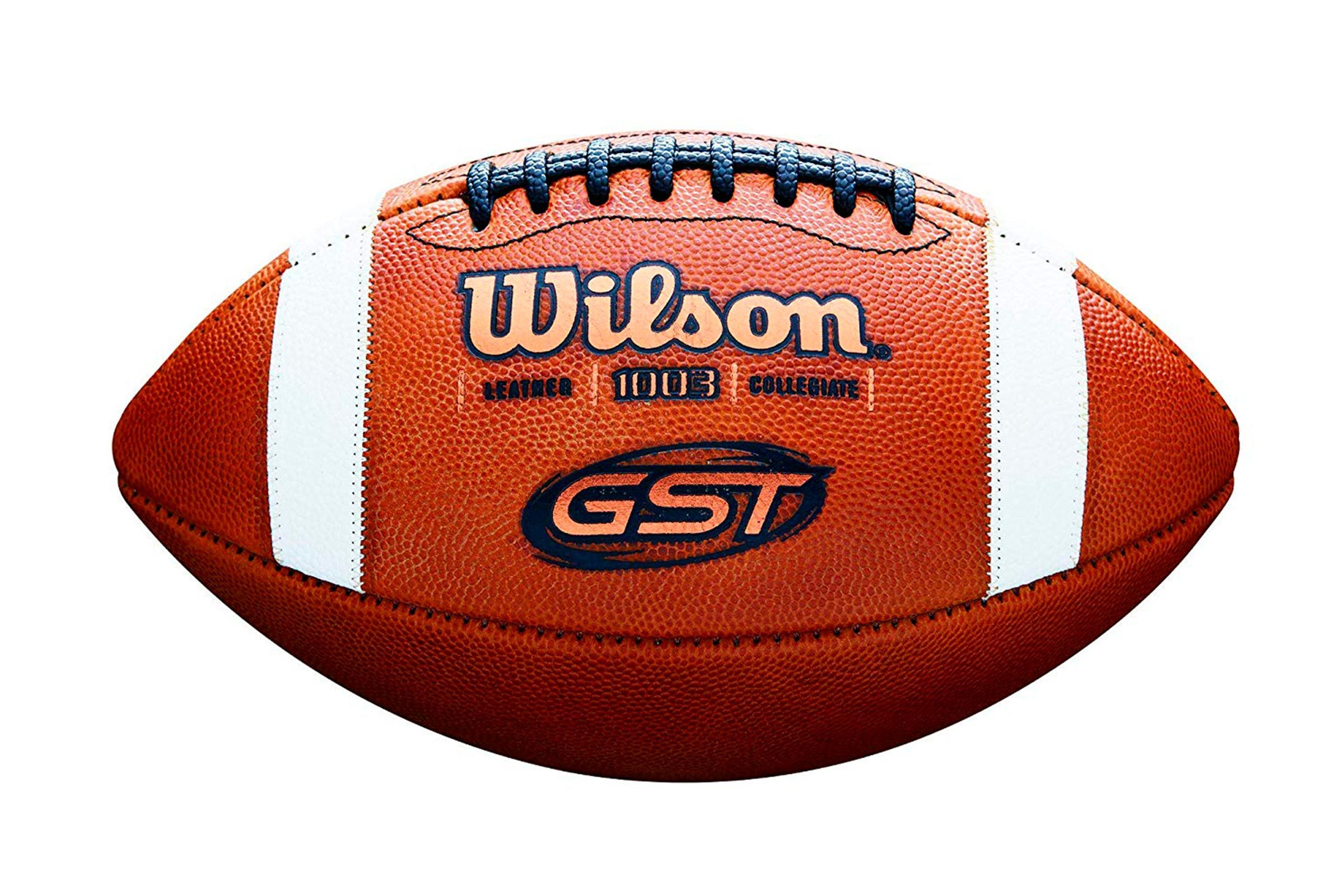 Speaking of Wilson, this sporting-goods company also makes footballs in the United States. This particular Wilson football happens to be the preferred football of over 180 NCAA programs and 37 high school football state associations. 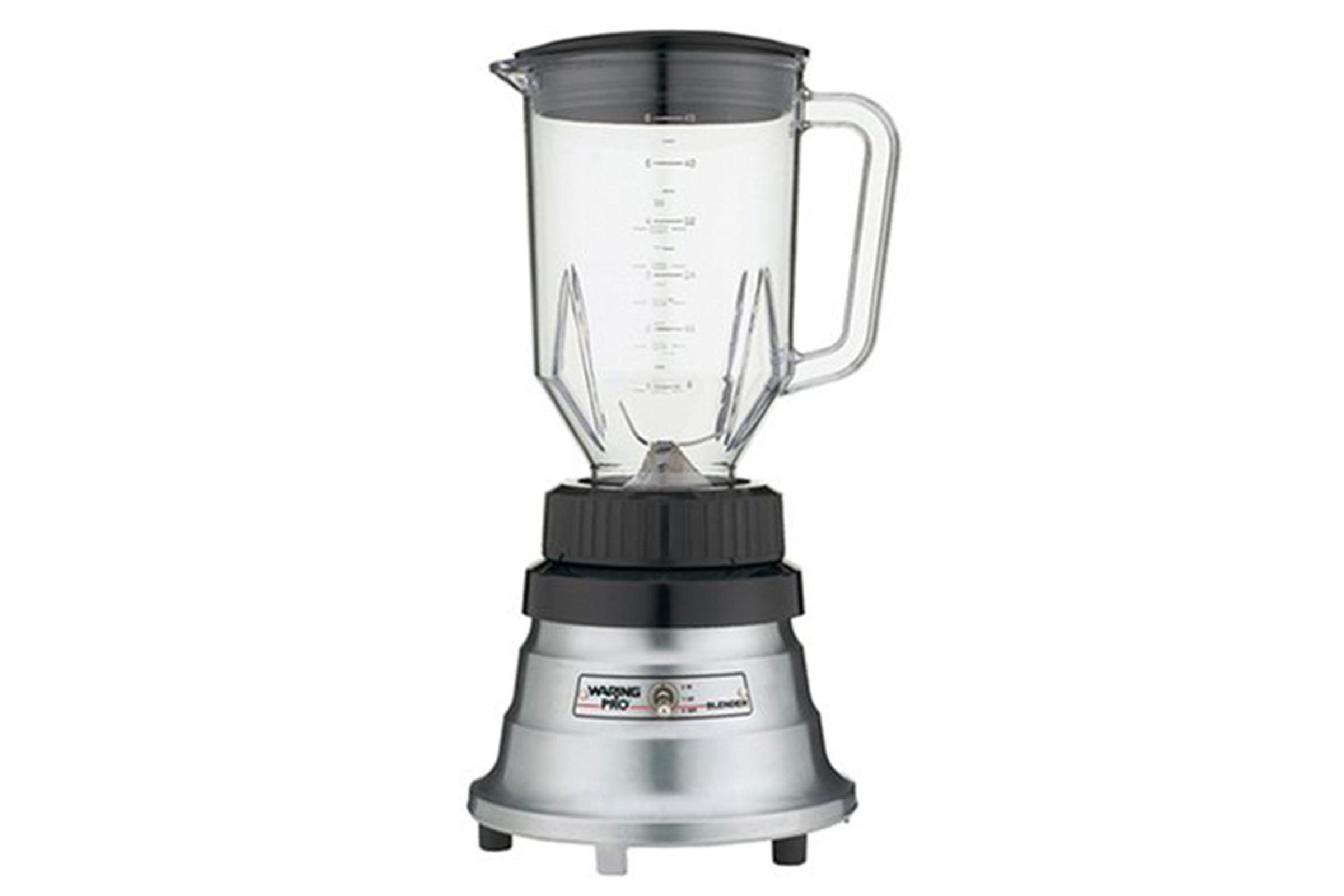 Waring, universally known for introducing the first blender in America, is one of today’s leading manufacturers of professional appliances for the food-service and laboratory industries. All of these Waring blenders are still proudly made in the United States. Check out 100 amazing things also made in America. 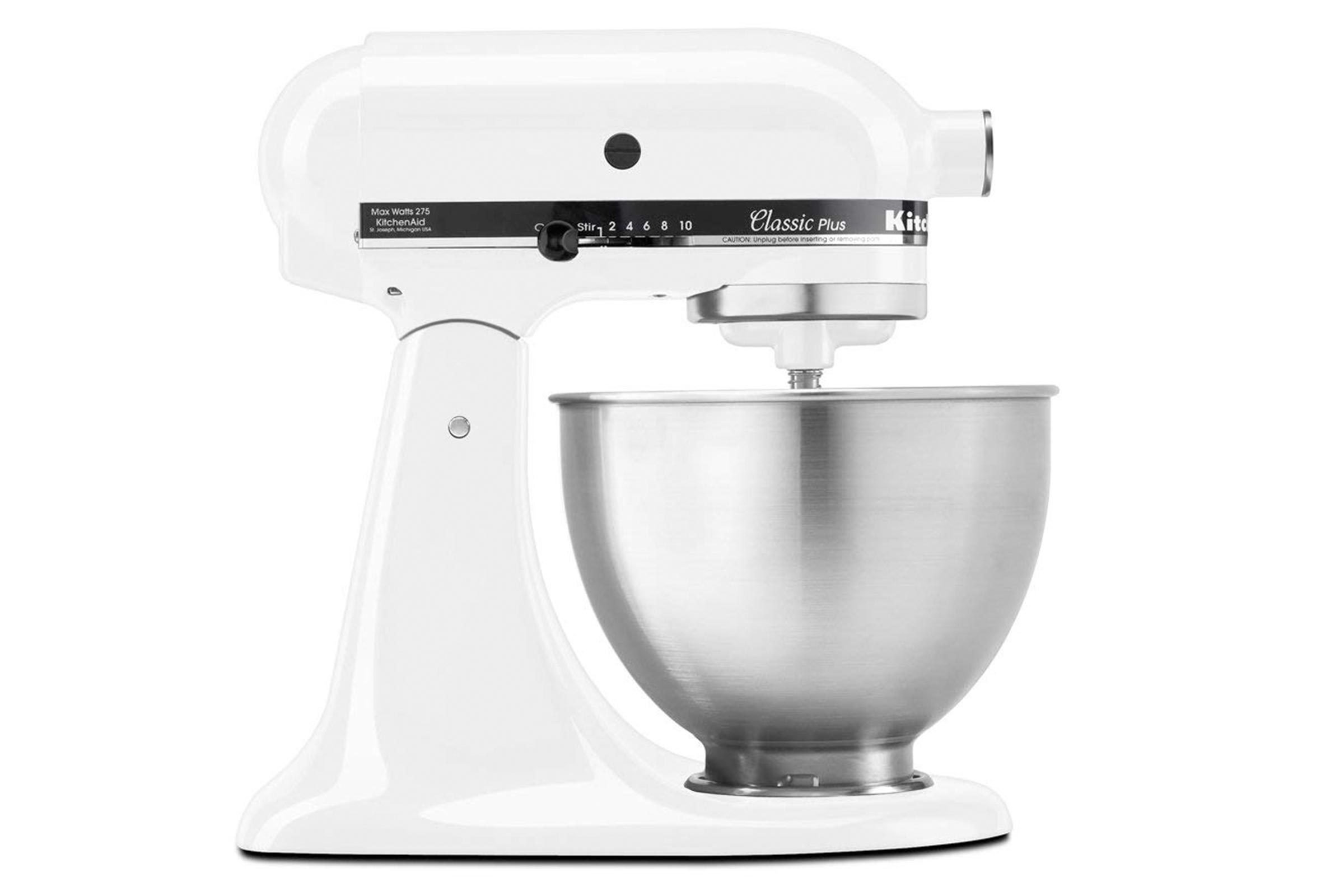 Since 1941, KitchenAid has been making its iconic stand mixers in its Ohio factory, employing approximately 700 employees. 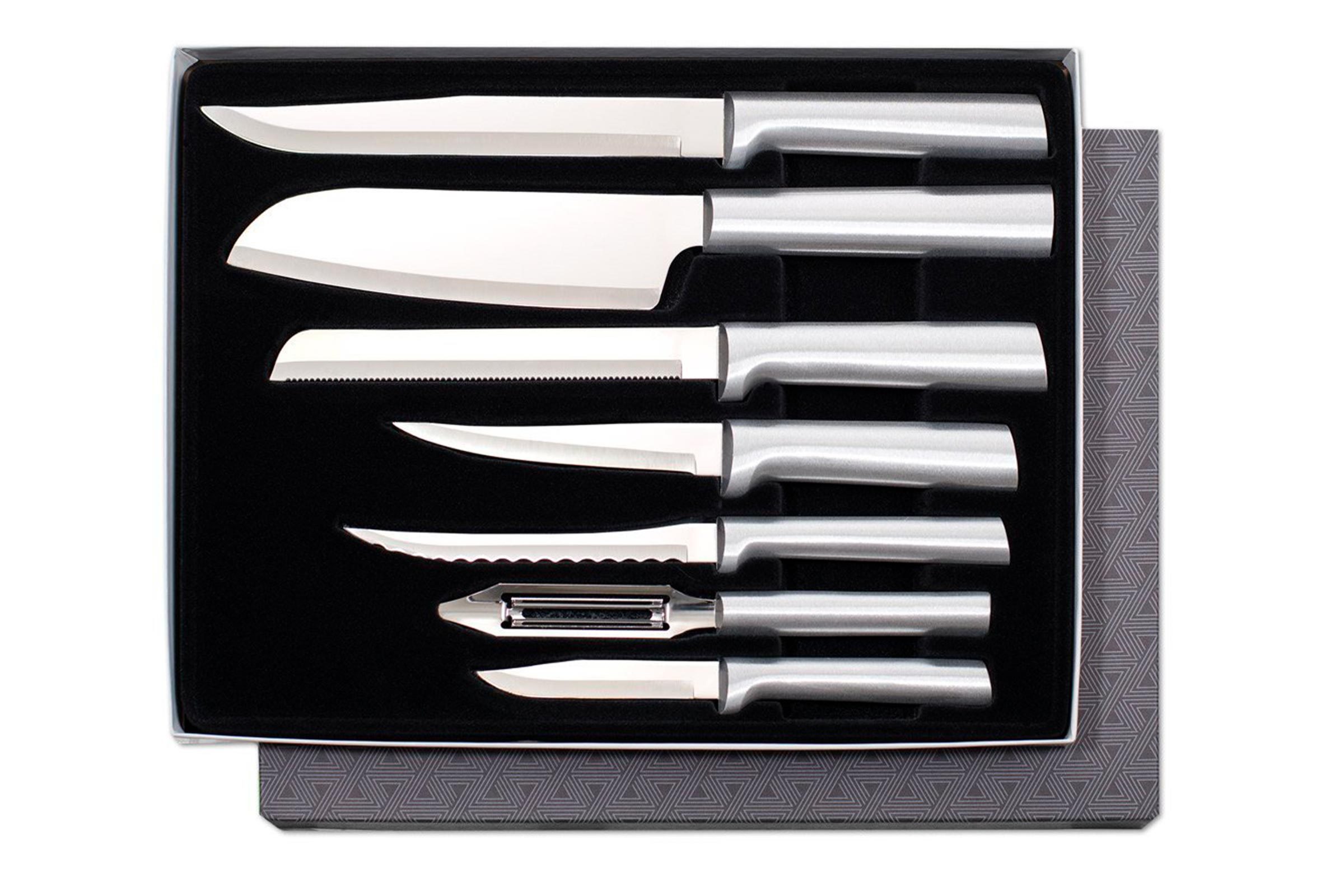 Rada Cutlery, located in Waverly, Iowa, has been manufacturing cutlery since 1948. “Rada Mfg. Co. is able to continue our ‘Made in the USA’ manufacturing because our committed employees strive each day to ensure efficiency and eliminate waste,” according to the company’s website. “This is done at every stage—manufacturing, packaging, order processing, and shipping.” This seven-piece “starter” set includes a paring knife, vegetable peeler, tomato slicer, super parer, six-inch bread knife, cook’s knife, and slicer knife. 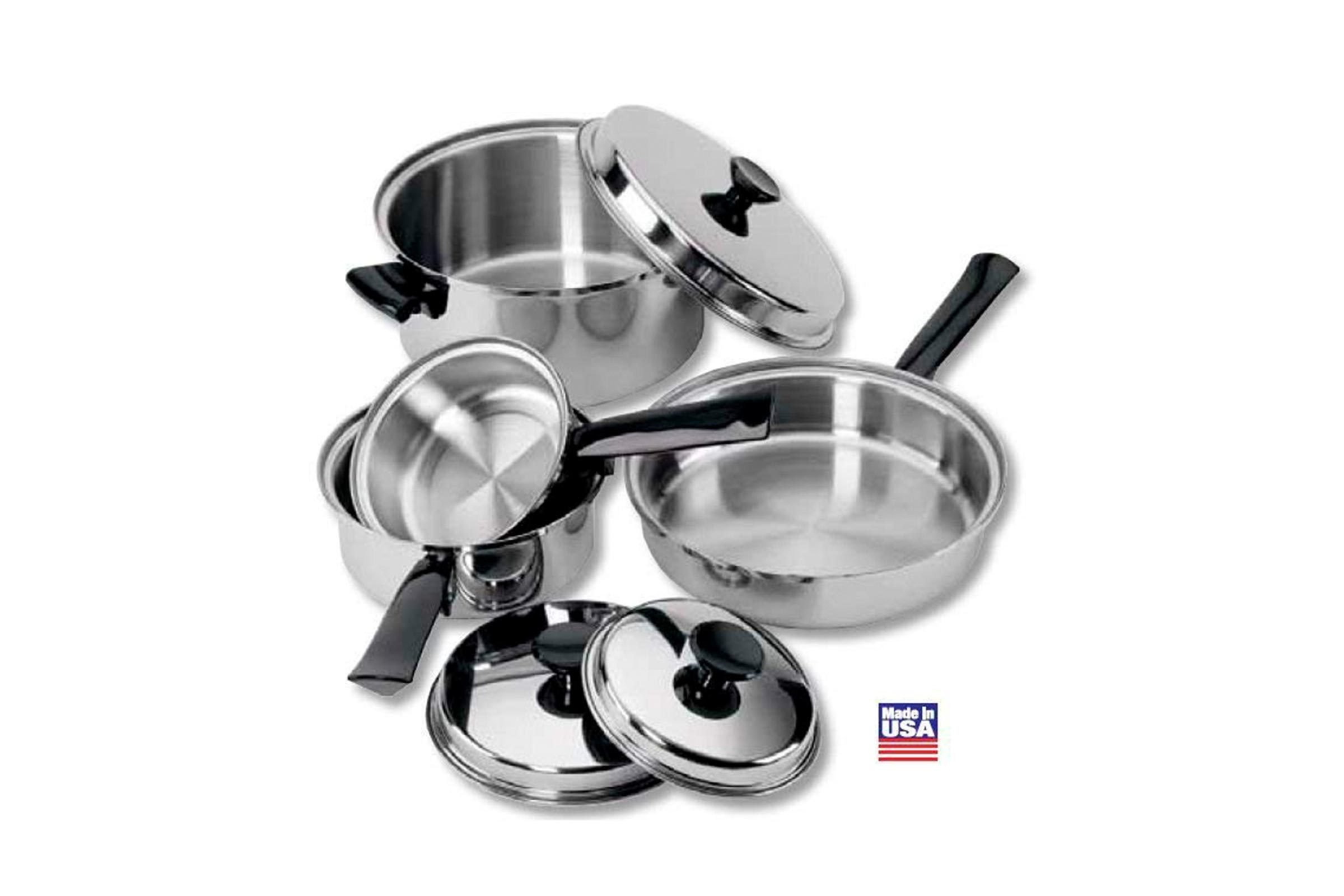 Regal Ware has been making high-quality stainless-steel, multi-ply, and gravity-cast aluminum cookware for nearly 100 years, right here in the United States, although one of the earliest products made by Regal happens to have been Boy Scouts canteens. As of 1976, more than five million had been produced. Find out how you can keep supporting American-made products. 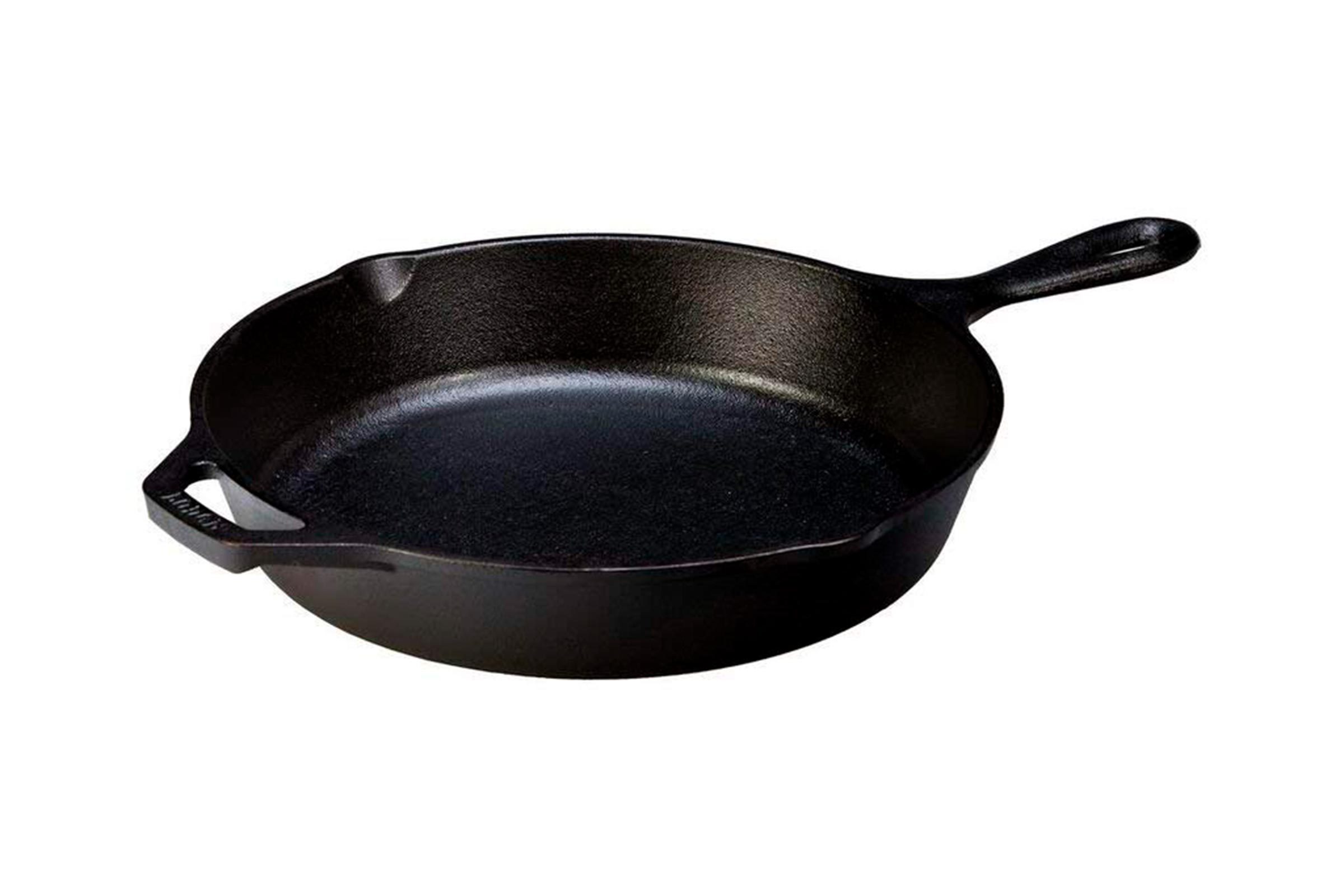 Lodge was founded by Joseph Lodge and his wife in 1896 in Tennessee, where it remains to this day. All of Lodge’s seasoned cast-iron and seasoned carbon-steel products are manufactured in the USA and “always will be,” according to Lodge Manufacturing’s website. That includes this 10 1/4–inch preseasoned cast-iron skillet. 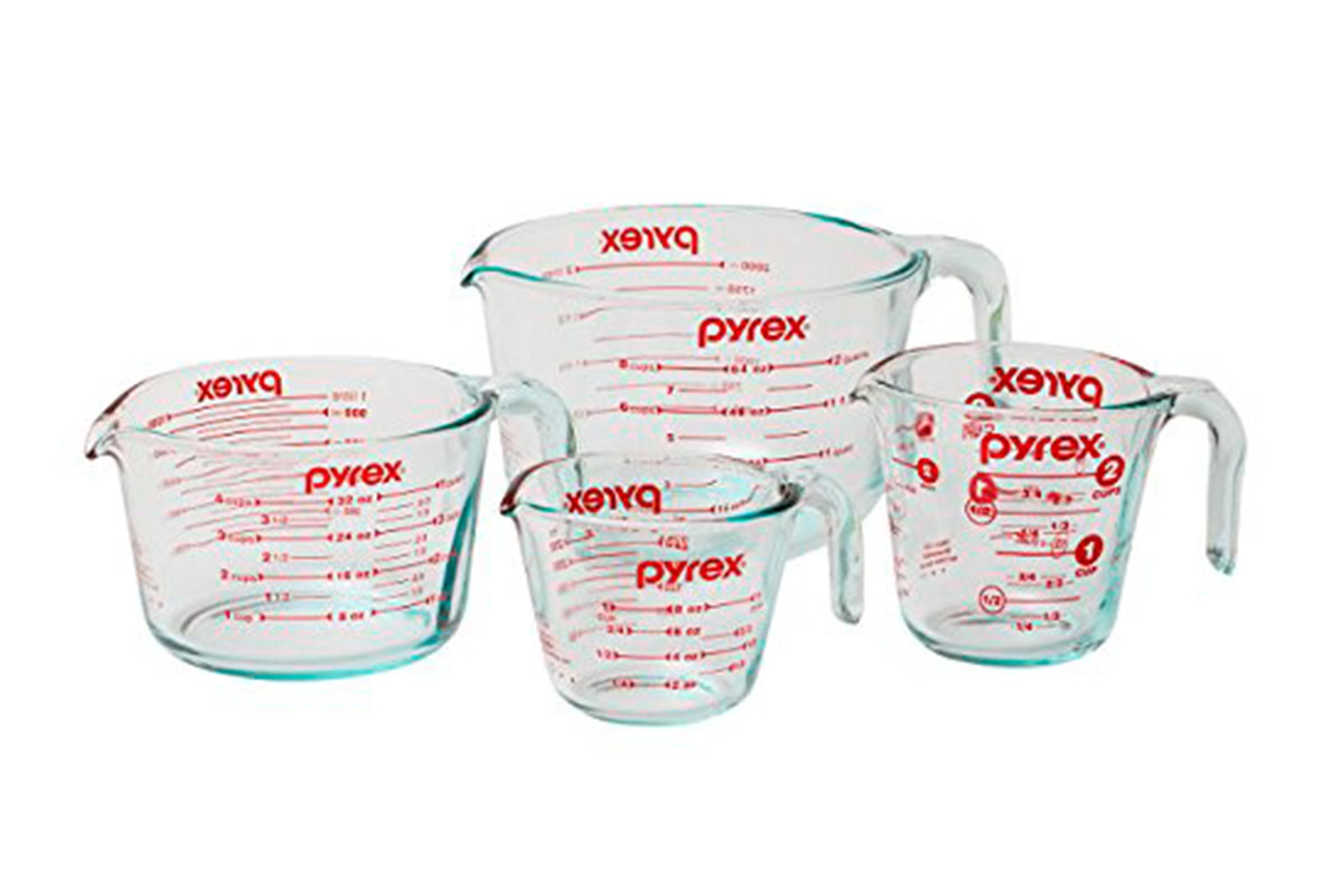 A distinctly American brand—Pyrex glassware—is proudly made in the United States and has been used by generations of cooks and bakers from coast to coast. You can own, not one, but four pieces of Americana for under $25 with this set of four Pyrex measuring cups, one of which holds eight cups (and can serve as a mixing bowl). Check out what celebrities say is the the best of America. 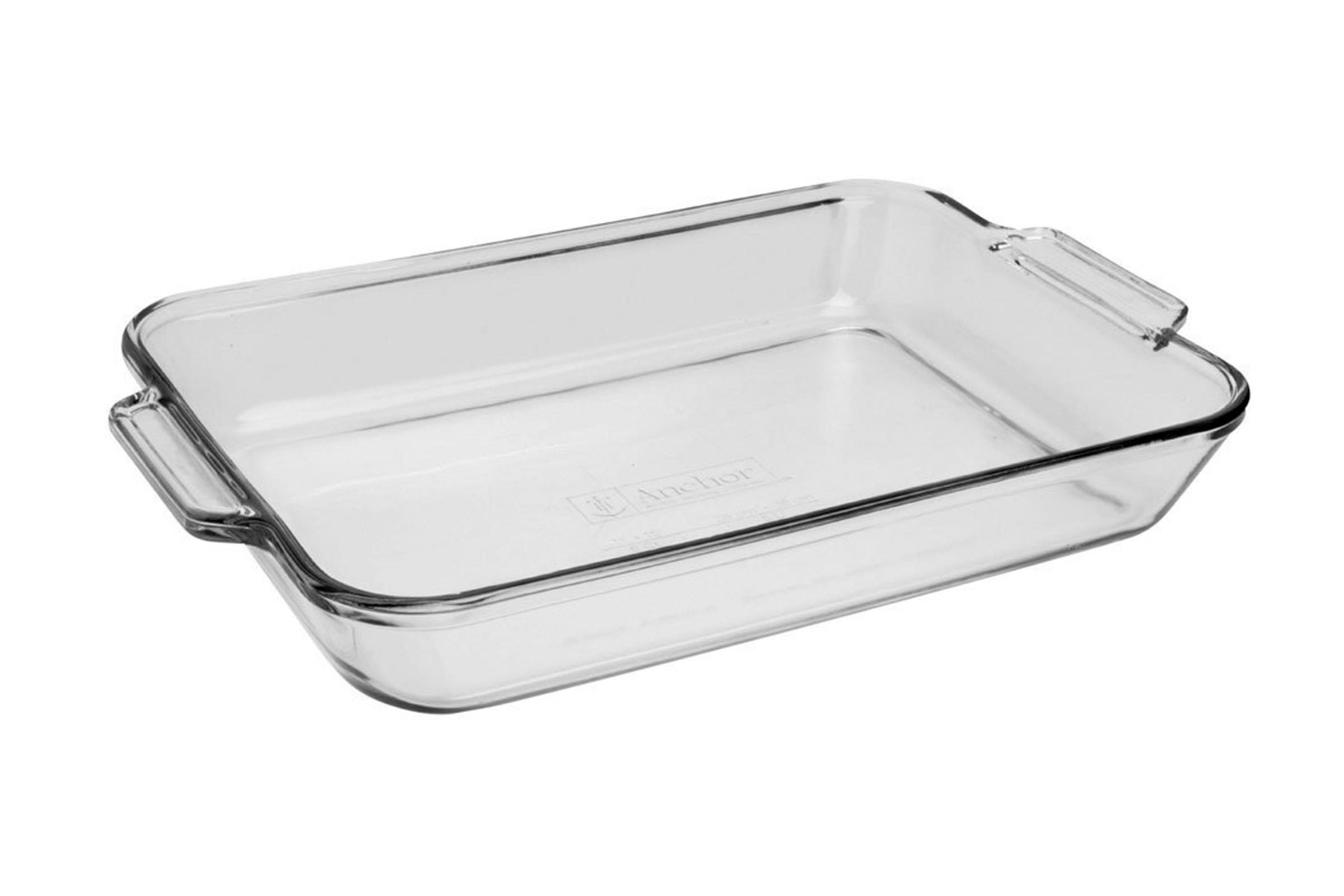 For over 100 years, Anchor Hocking has produced quality glassware in the United States, with the majority of its products manufactured in Ohio and Pennsylvania. The company employs more than 1,500 people nationwide. The “Made in the U.S.A.” logo on this five-quart baking dish (and all other Anchor Hocking products) is intended to increase consumer awareness of products manufactured in the United States. 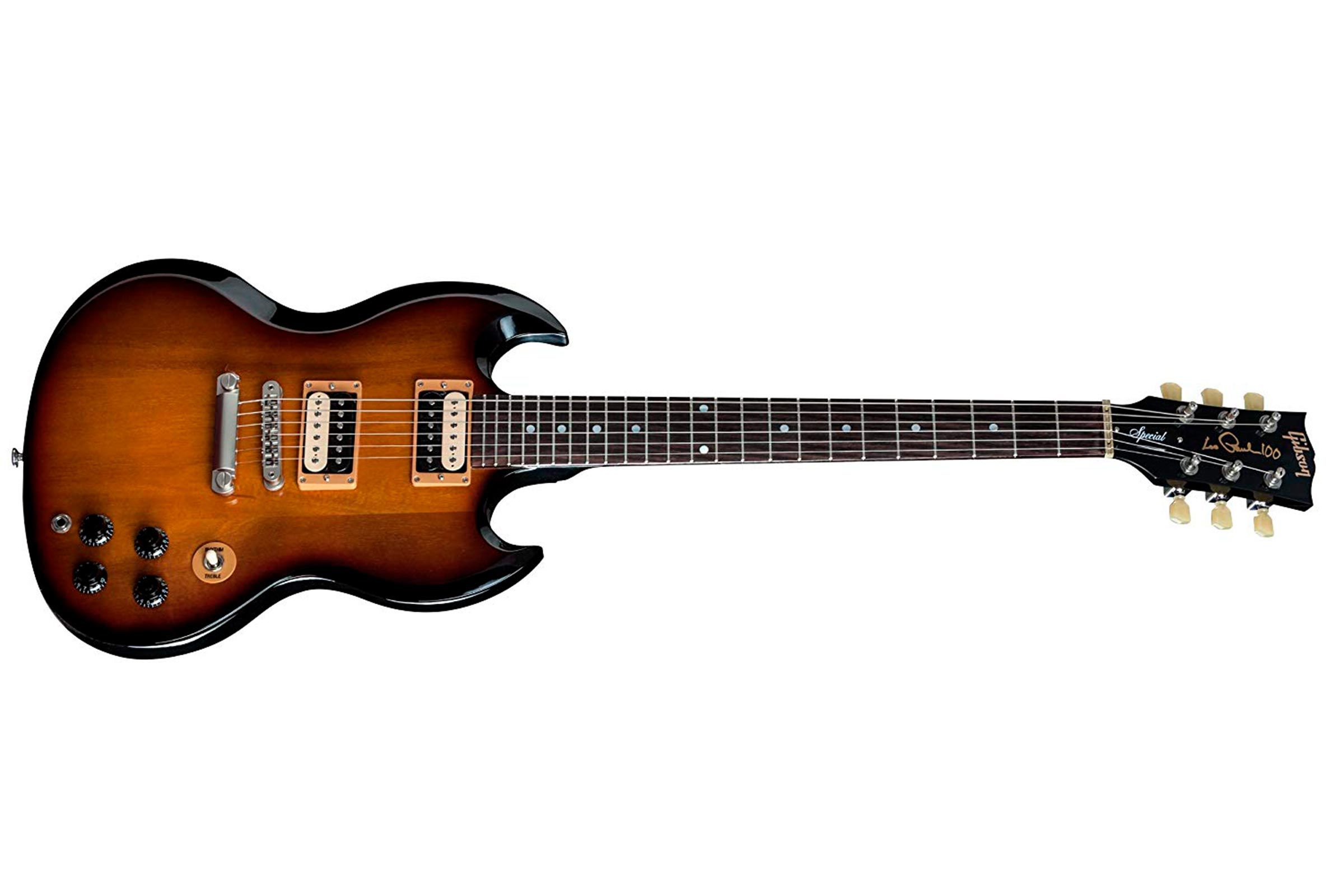 Orville Gibson began making guitars in Kalamazoo, Michigan, in 1894, and all Gibson guitars continue to be made in the United States, although now they’re made in Nashville, Tennessee. The approximately 2,500 guitars that Gibson produces each week are made mostly by hand and involve nearly 500 workers. This one is a solid-body electric model made of mahogany. Learn 15 facts about America you were never taught in school. 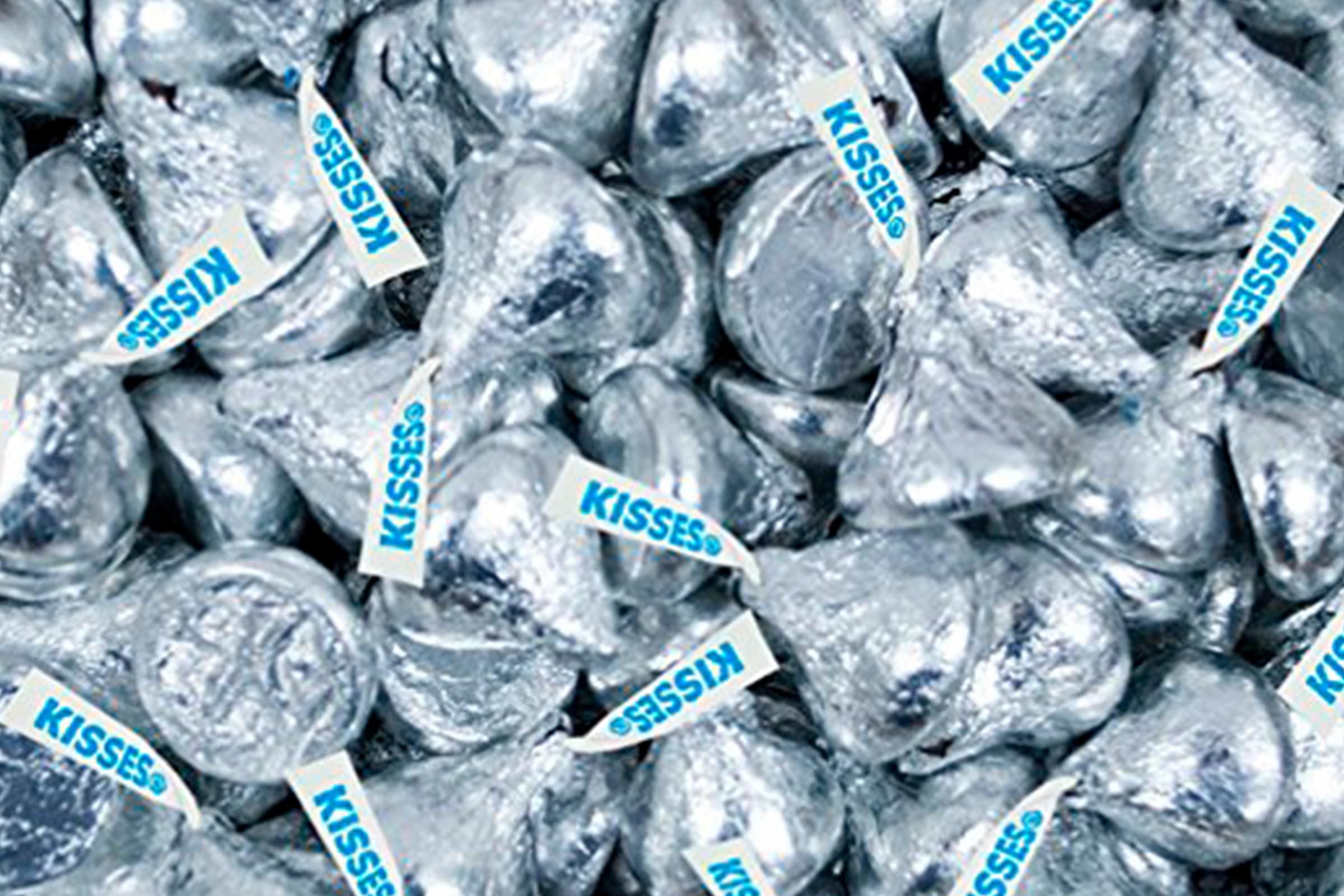 For more than 100 years, the Hershey Company has been headquartered in Hershey, Pennsylvania. Although it makes chocolate all over the world now, the Hershey factory still produces more than 70 million Hershey’s Kisses chocolates every single day! Find out which candy was most popular the year you were born.

Although Zippo lighters were inspired by an Austrian brand of lighter, the company, Zippo Manufacturing Company, was founded in the United States in 1932, with the first Zippo lighter produced in 1933. This particular Zippo lighter, a collector’s item, is licensed by the U.S. Army and bears a U.S. Army logo. 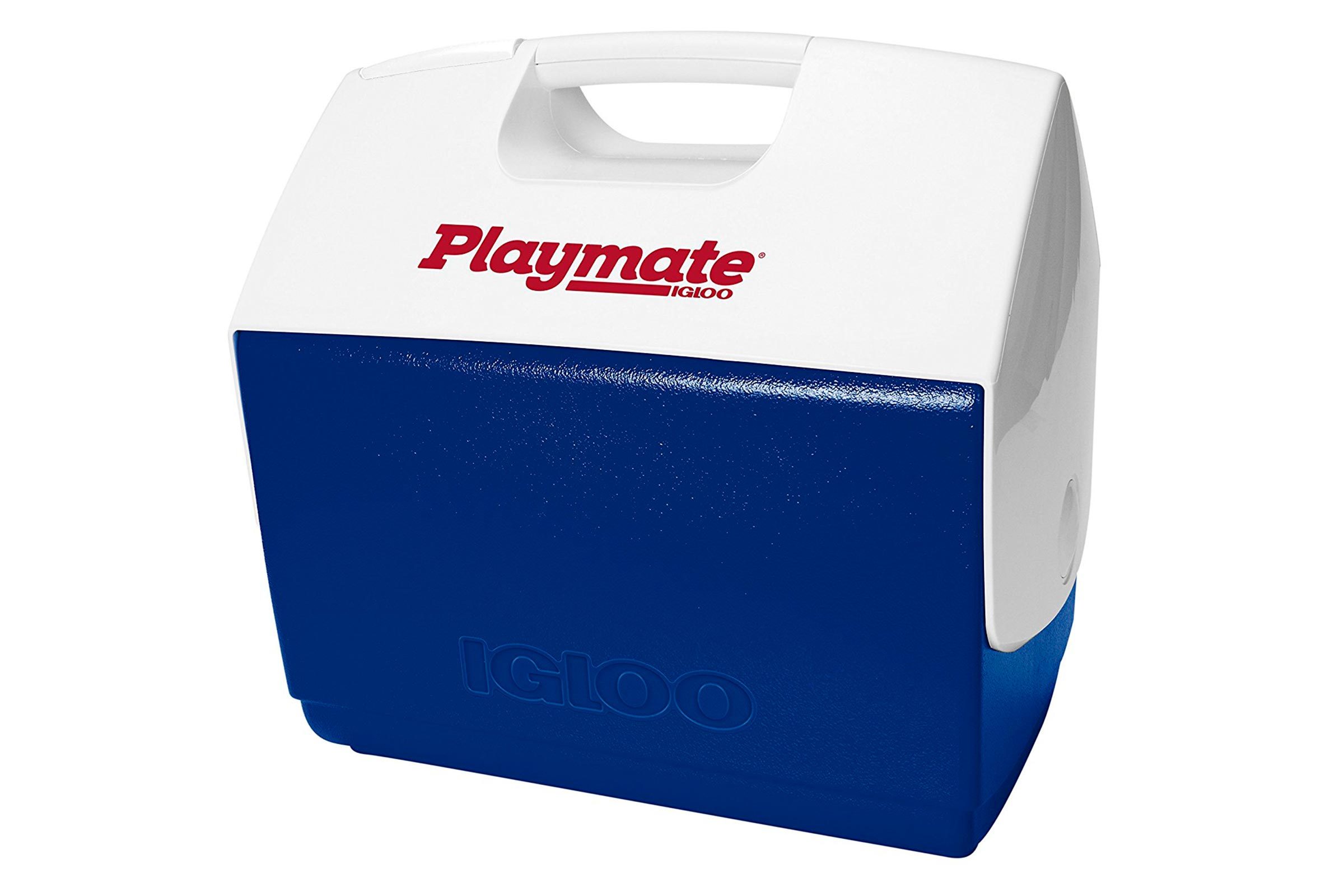 Since 1947, Igloo has been manufacturing coolers in the United States. The factory is in Katy, Texas. This Igloo Playmate holds 30 cans and has been a consumer favorite for 30 years now. Check out how 11 iconic American stores got their names. 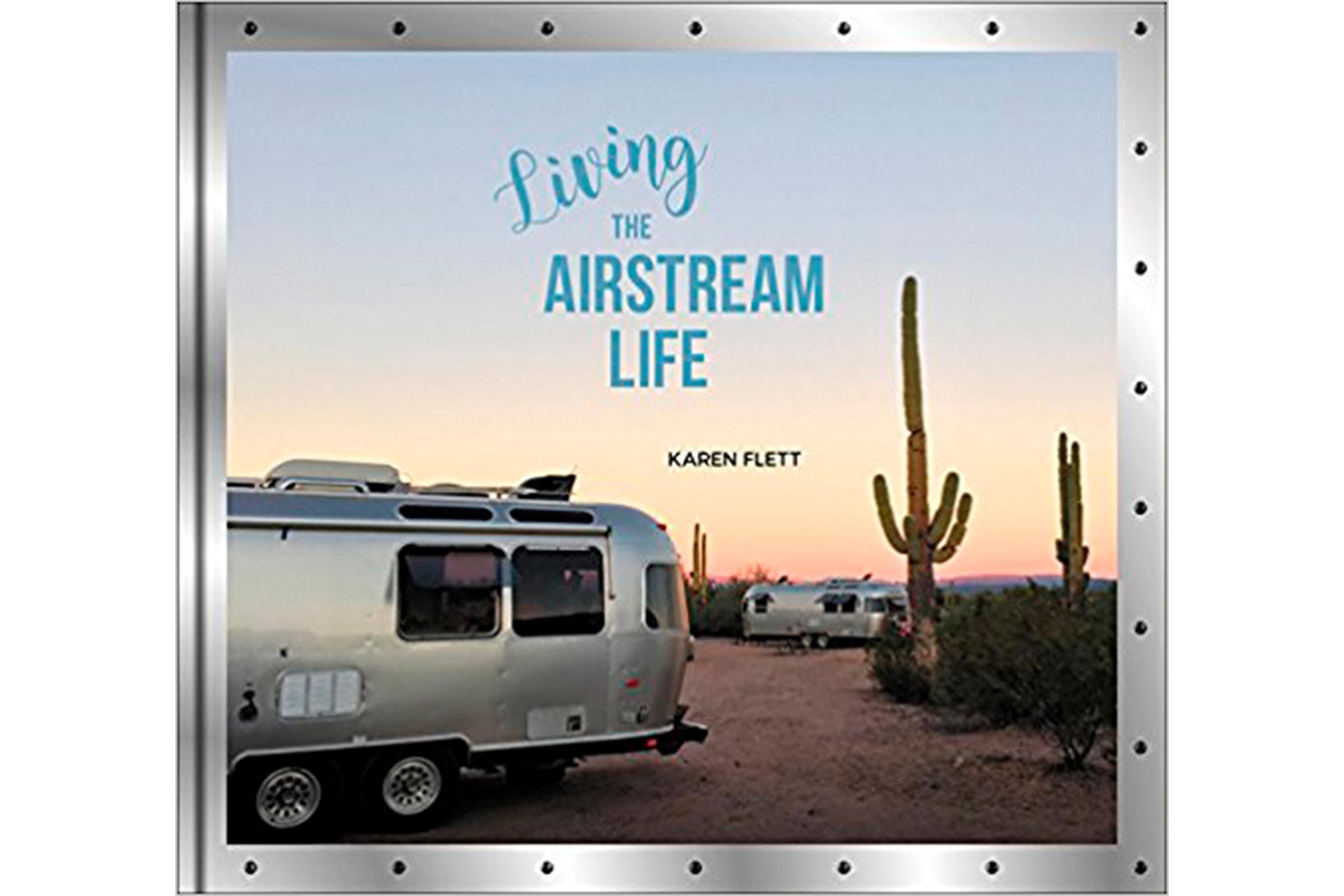 Ever wonder about how an Airstream camper is made? Well, all you have to do is head on over to the Airstream factory in Jackson Center, Ohio (where Airstreams have been manufactured for over 85 years), and Airstream will proudly show you exactly how this American icon is built. Find out if you’re ready to “live the Airstream life” with this beautifully illustrated book by Karen Flett. And don’t miss these best RV parks across America. 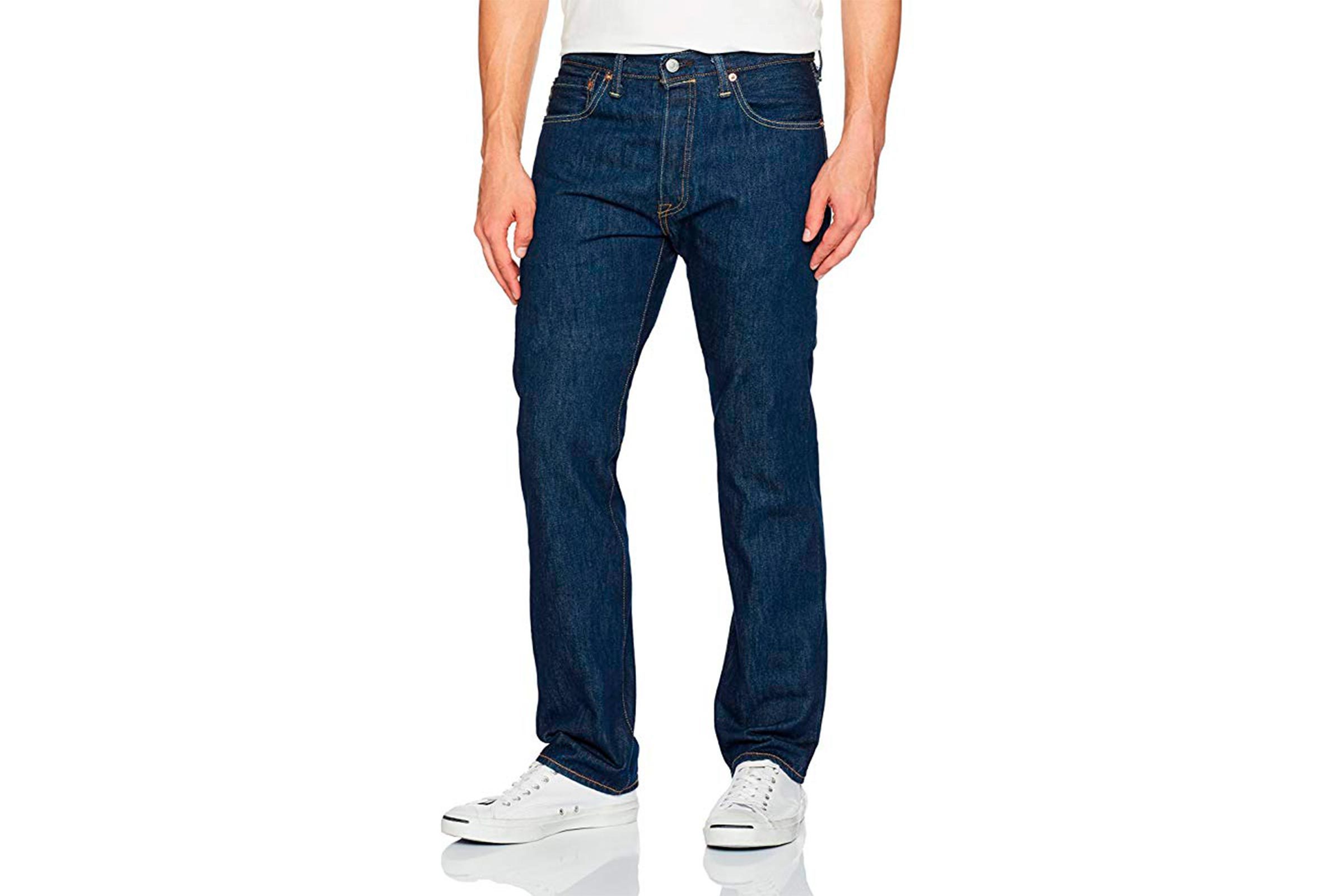 Since Levi’s invented it in 1873, the 501 jean has been a “blank canvas for self-expression.” True to the original, this pair features Levi’s signature button fly and is pure, wearable Americana. 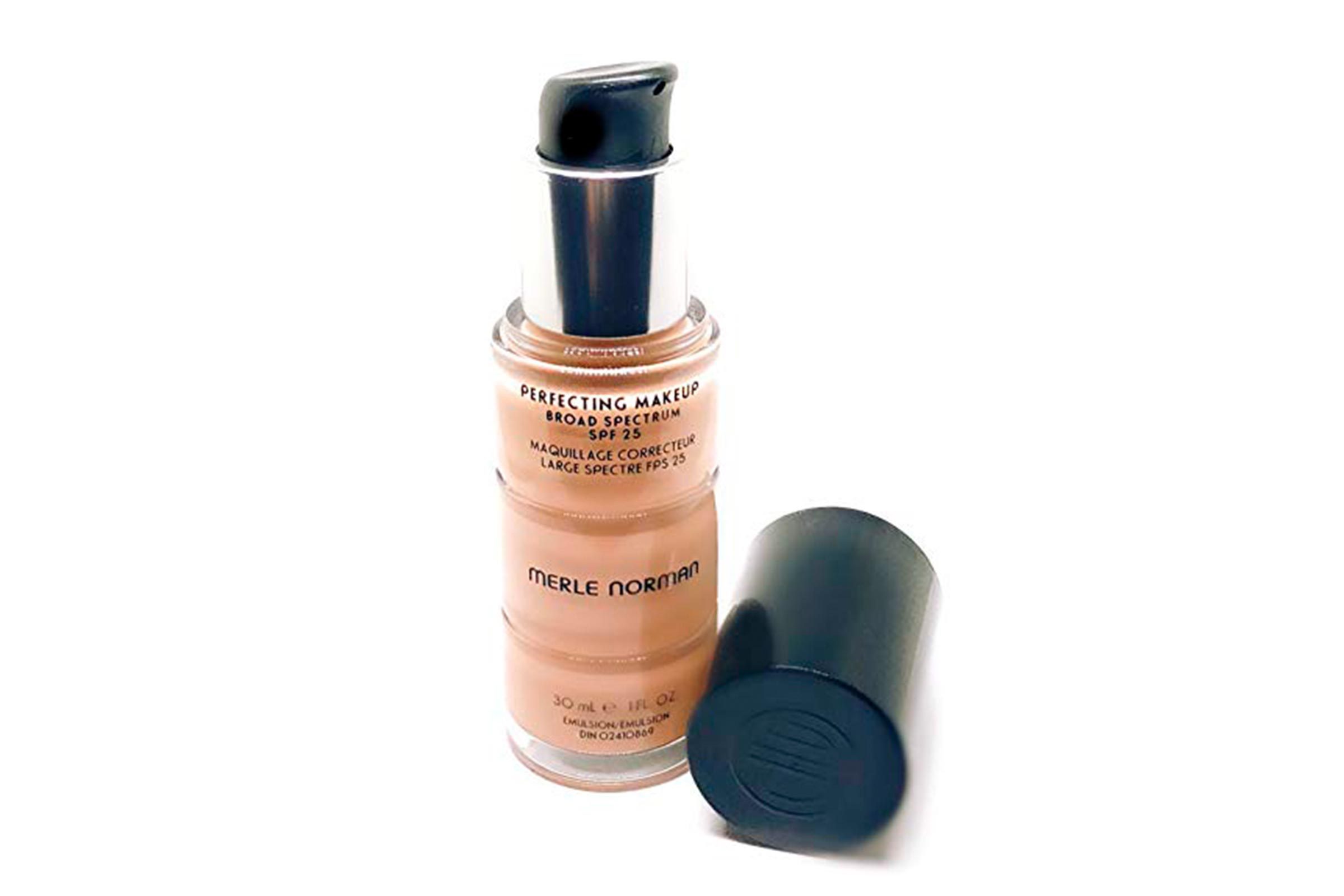 Merle Mozelle Nethercutt, born in Indiana in 1887, studied medicine and chemistry before moving to California in the late 1920s. What started as a quest to find the best-possible combination of ingredients to support her complexion eventually became a new cosmetics line that she developed in her own kitchen. All Merle Norman cosmetics continue to be made in the USA, according to its franchising website. This Perfecting Foundation makeup comes highly recommended by consumers. 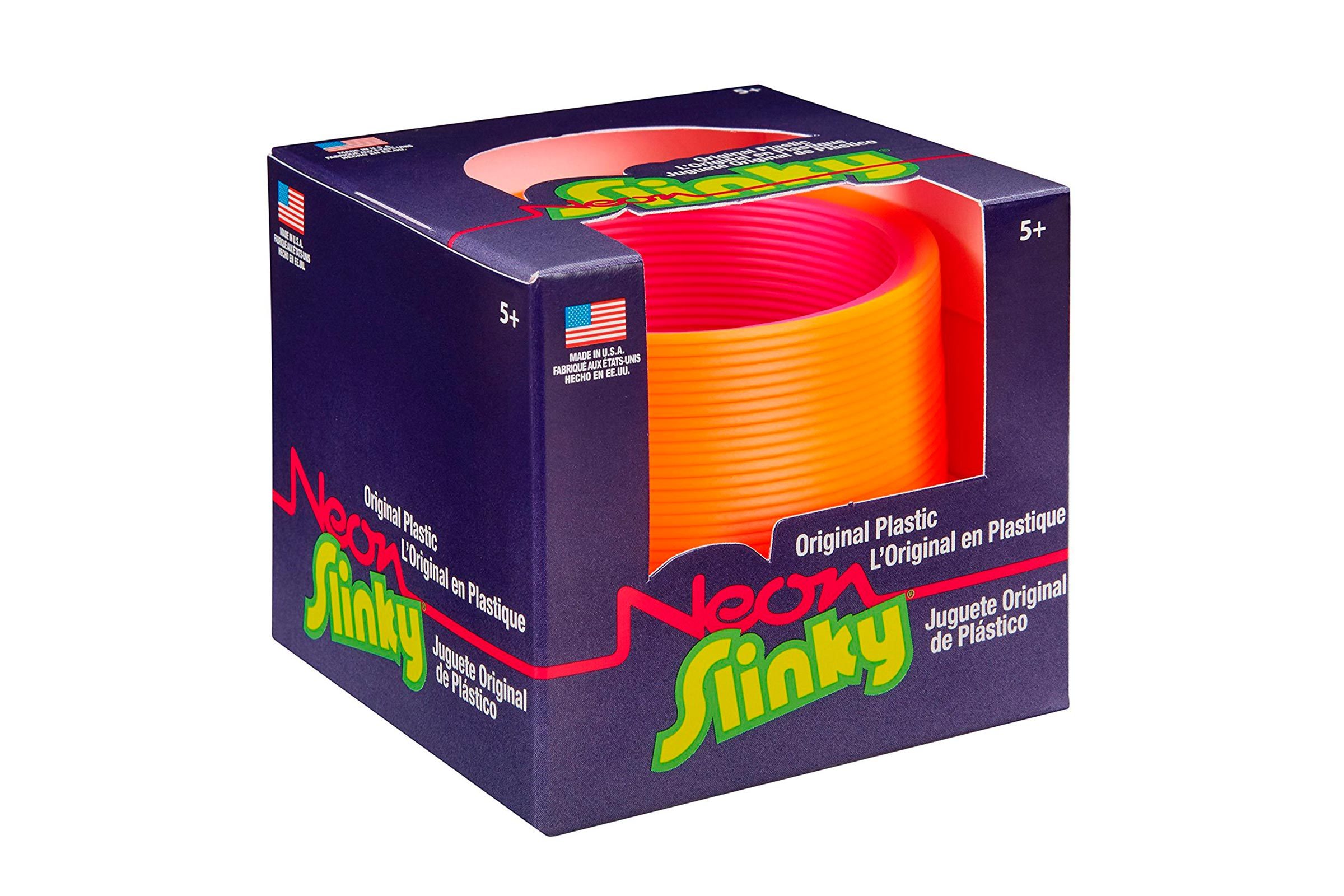 As its website attests, Slinky is a quintessential childhood toy and icon of classic American fun. With a theme song that defines “earworm” (but in a good way), Slinky has been captivating kids (and, let’s face it, grown-ups, too) with its uncanny ability to walk down the stairs (“alone or in pairs,” as the song goes). The original metal Slinky toy has always been made in the United States, and this neon version is no different. 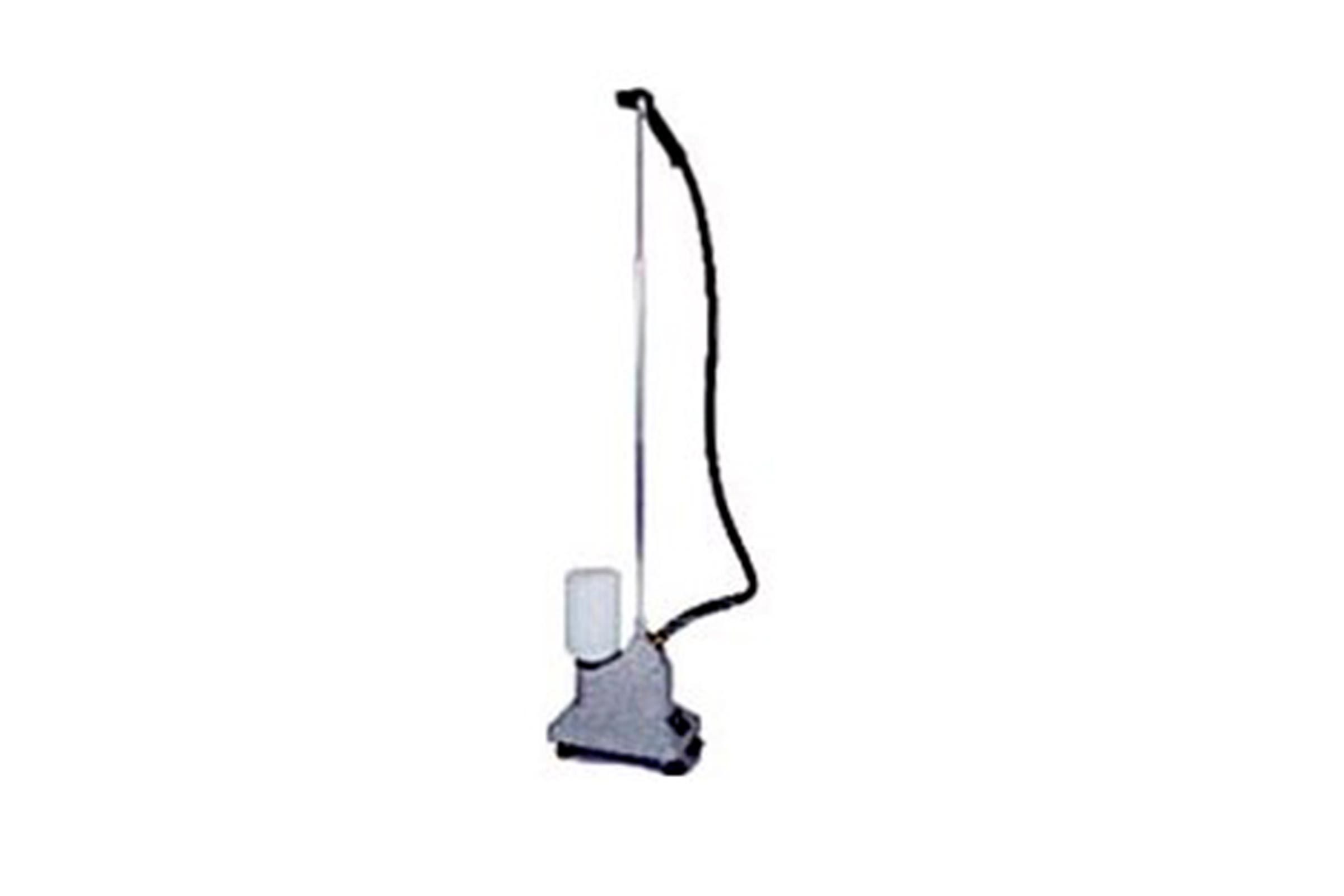 Having invented the steamer and the steaming process, Jiffy Steamer is the world’s oldest and largest steam-technology manufacturer. Since 1940, Jiffy has been making its steamers in the USA (in Union City, Tennessee) with American-made components. Check out the 12 most overlooked landmarks in America. 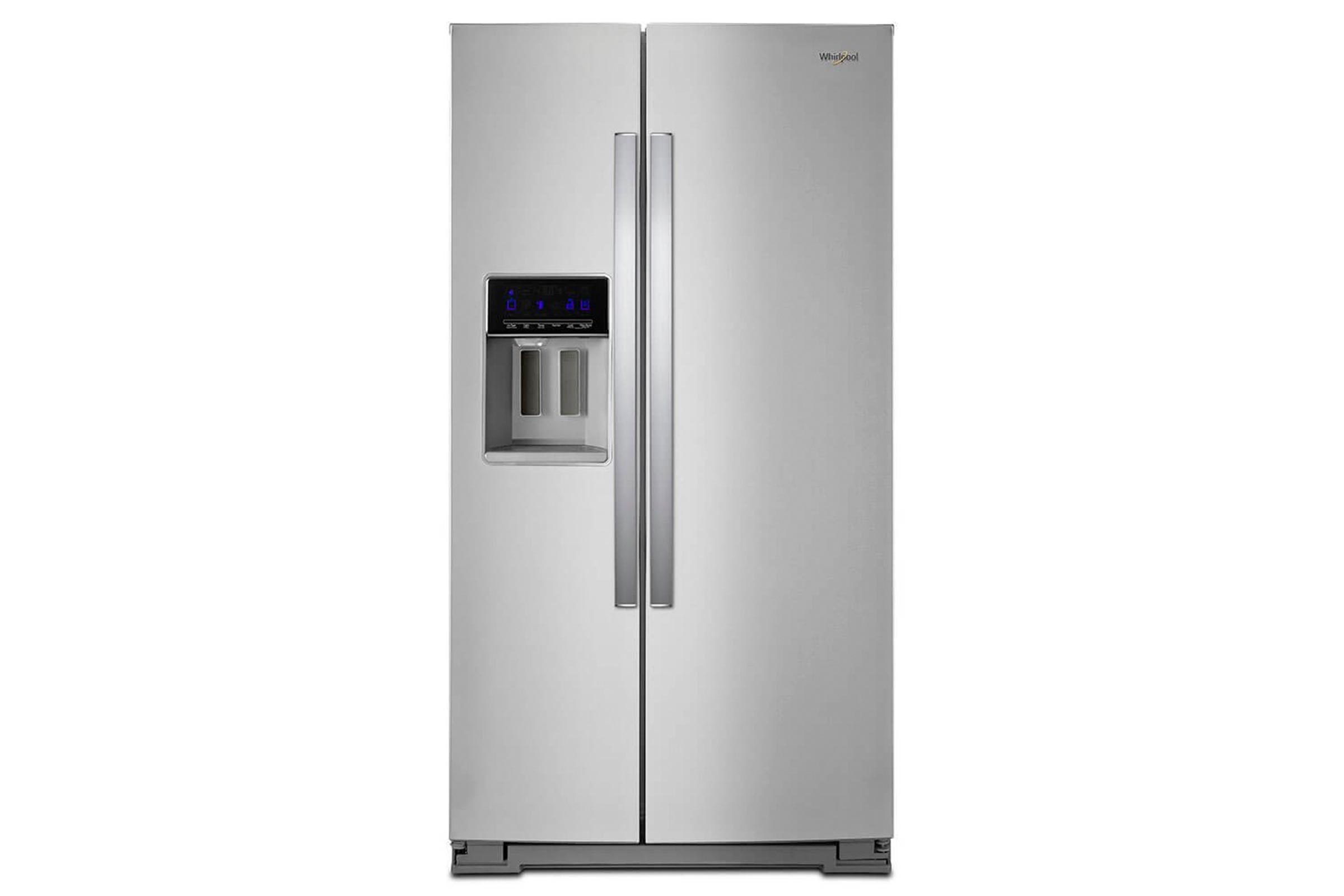 Although not all Whirlpool products are manufactured in the United States, many are, and Whirlpool is committed to continuing its American manufacturing. According to Consumer Reports, more than 80 percent of Whirlpool-brand products are made right here in the United States. Many are made in the Midwest, including in Ohio and Michigan. This side-by-side refrigerator is American-made and has received excellent reviews from consumers. 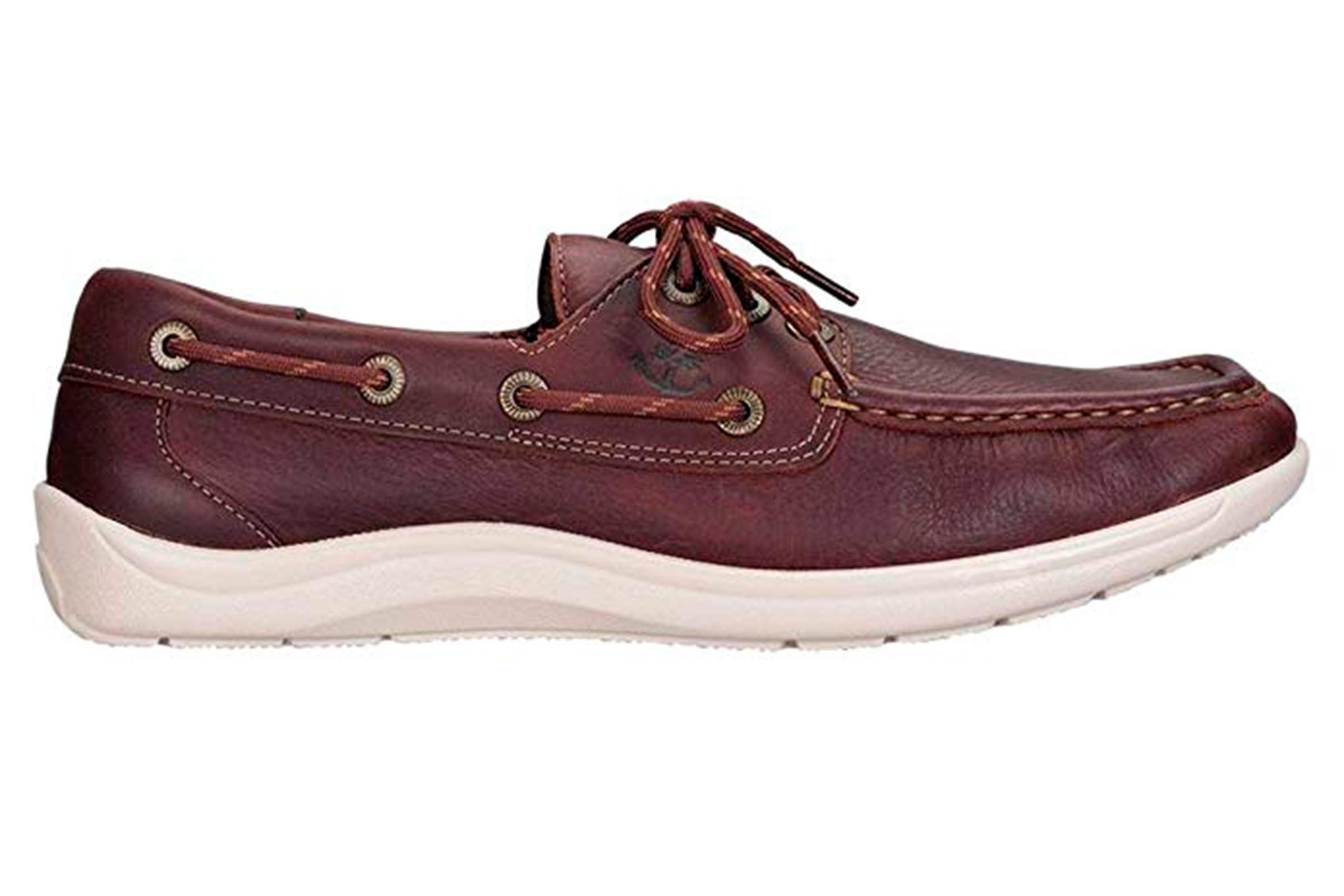 Since 1976, San Antonio Shoemakers, or SAS, has been handcrafting high-quality, comfortable footwear in the USA (although it has also branched out to other venues for some of its manufacturing). This Decksider boat shoe is extraordinarily comfortable. Take time to walk down some of the 20 most beautiful main streets in the United States. 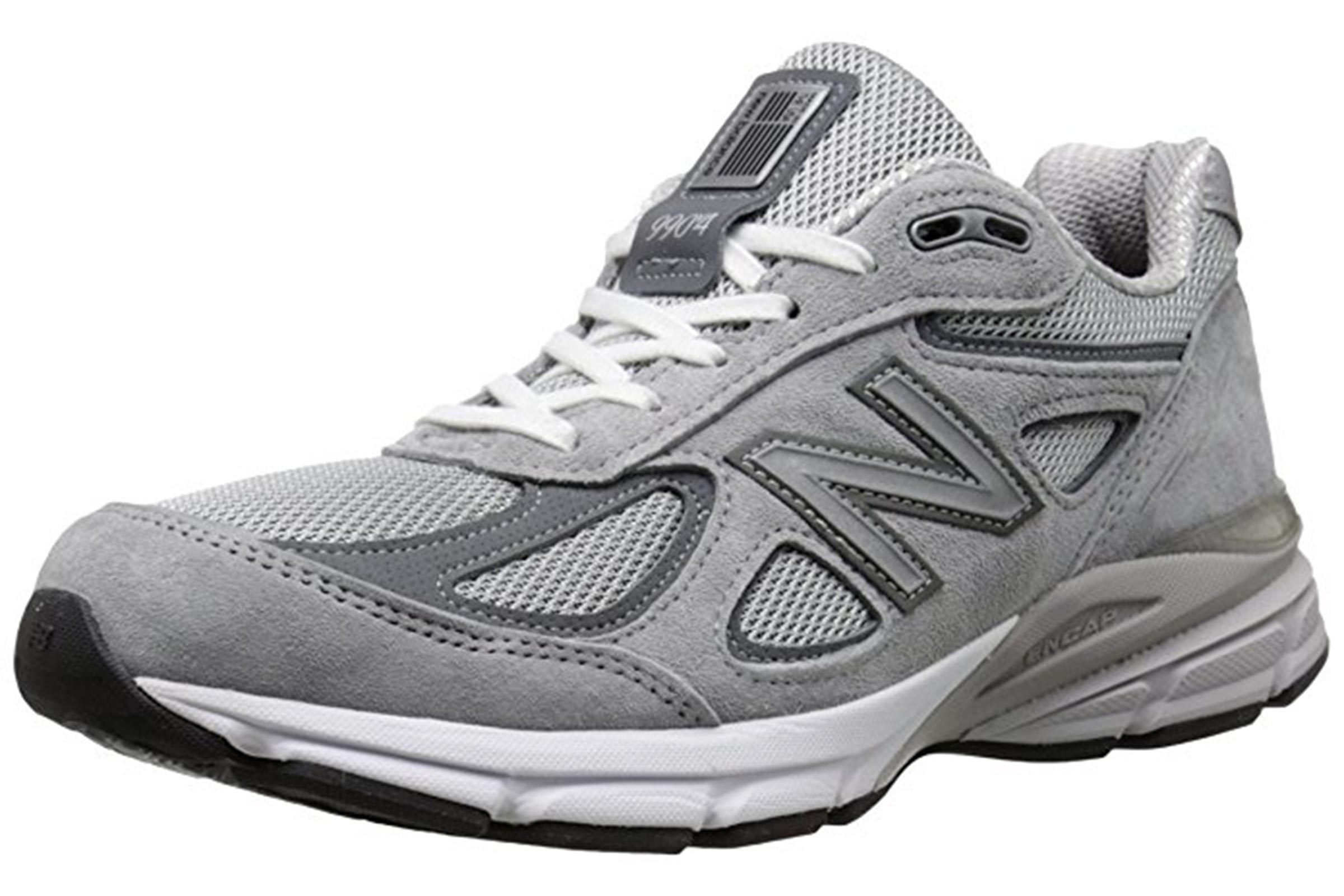 Although not all New Balance sneakers are made in the United States, the entire “Made in USA” series, of course, is—including this newest entry in the line, the 990v4, a classic running shoe offering cushioning and stability. 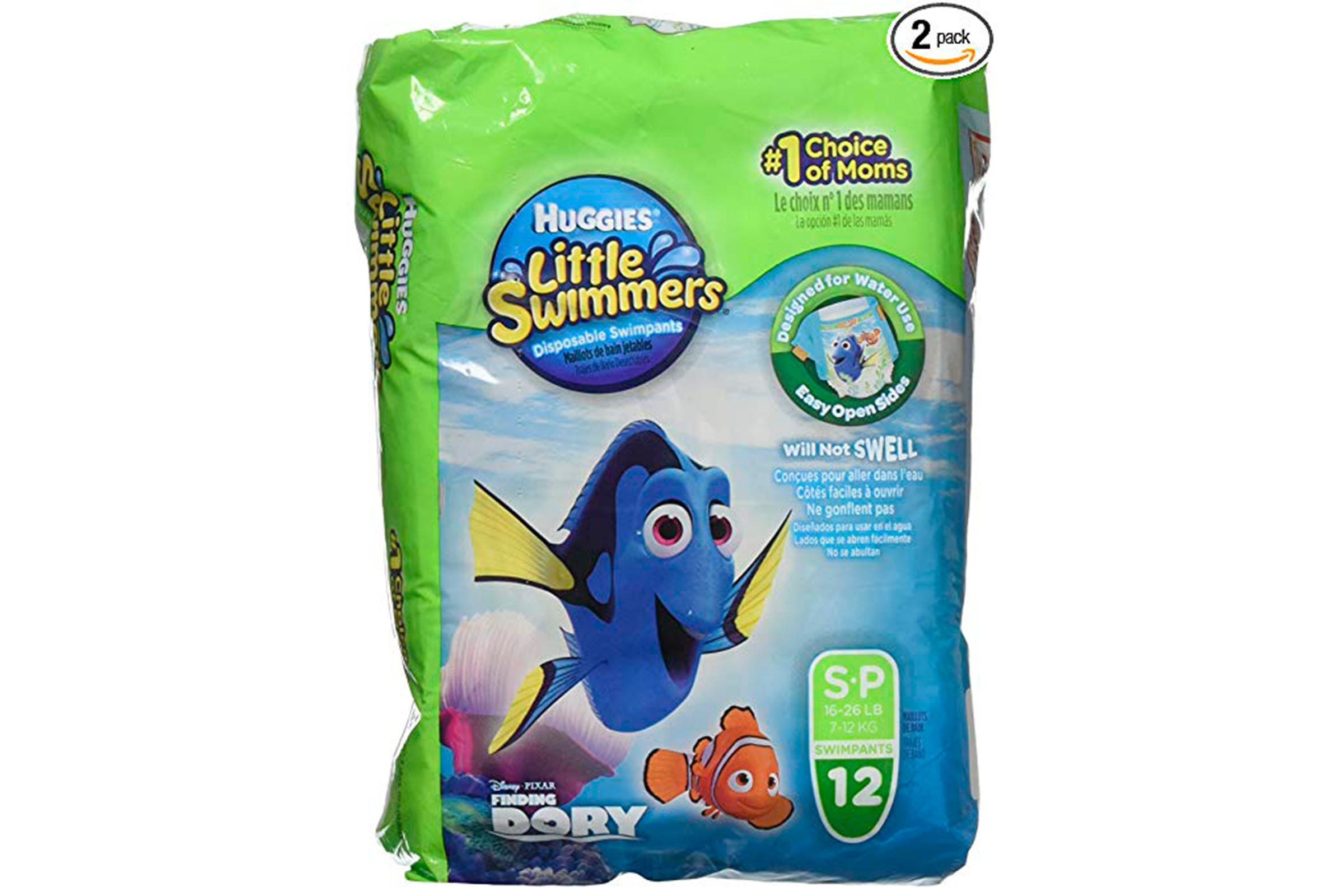 These Huggies Little Swimmers Disposable Swim Diapers won’t swell in water and are made of sustainable products in the United States, just like all U.S.-made Huggies disposable diapers. Find out if your state is one of the happiest in America. 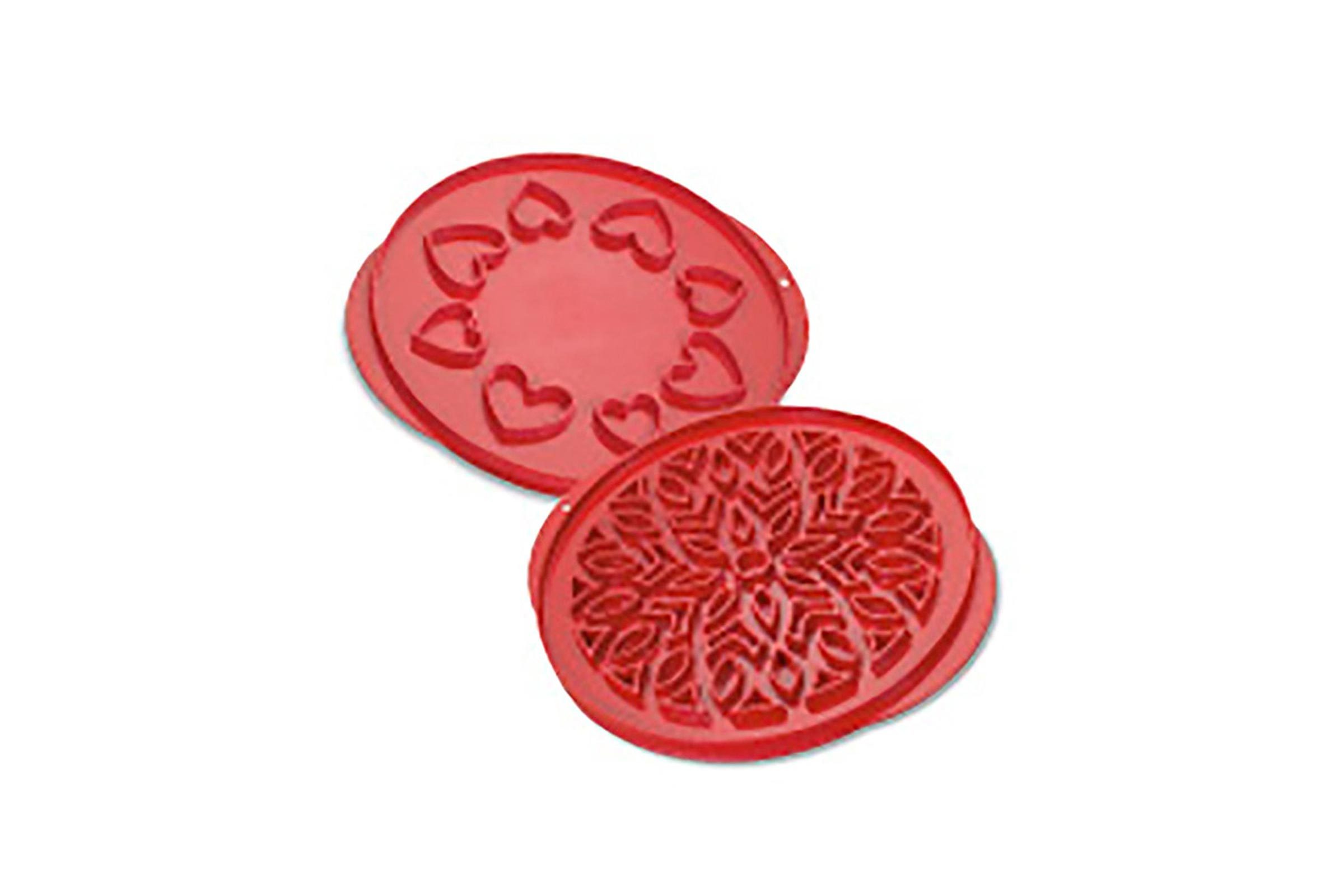 Nordic Ware is synonymous with high-quality bakeware like this professional-grade cookie sheet, which is made in the United States. “Since 1946, Nordic Ware’s business model of keeping its manufacturing in the USA on as many items as possible has resulted in a smaller eco-footprint, local job creation, stability,” its website explains. The company also makes plastic baking accessories such as this plastic pie-top cutter, which is also made in the United States. 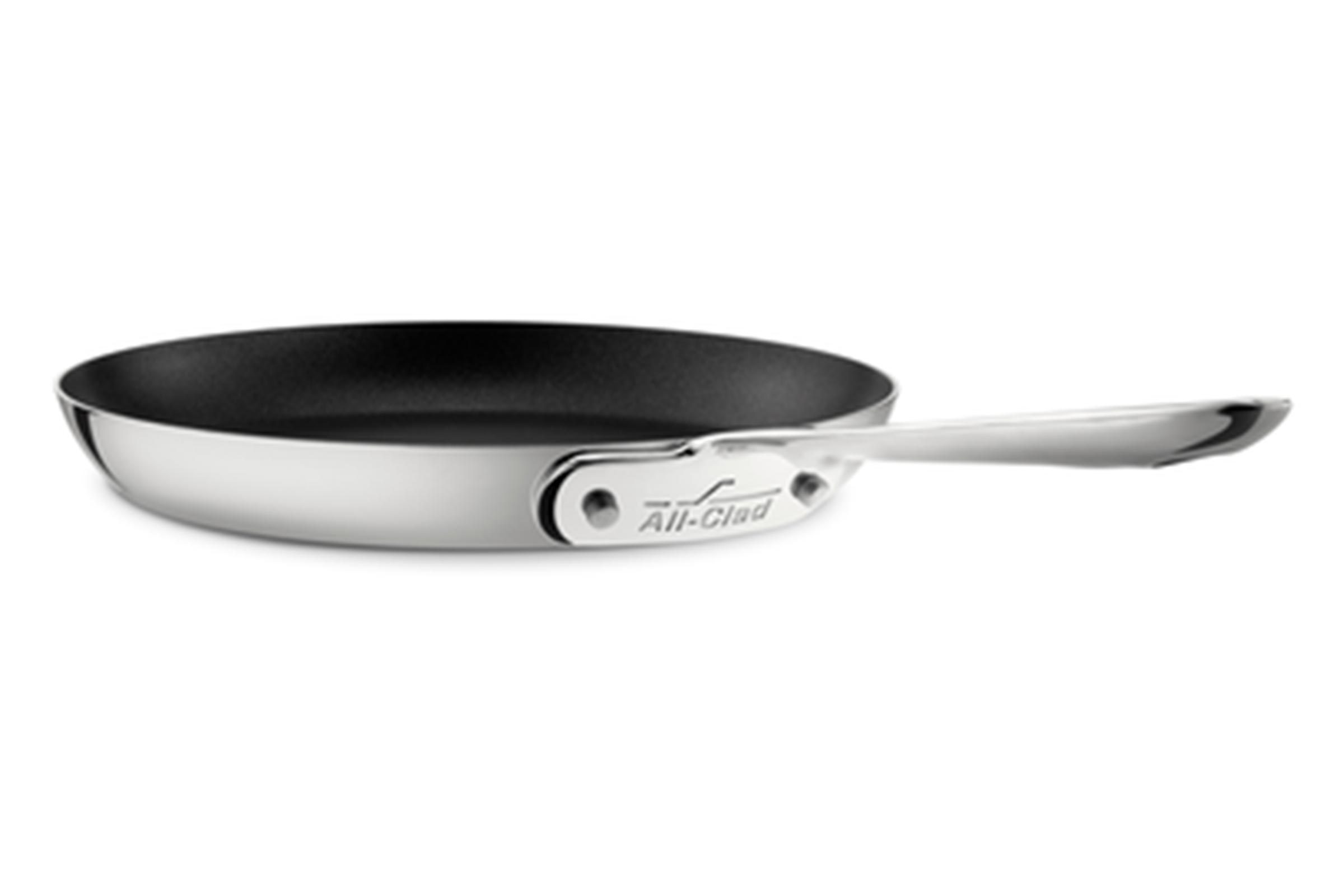 From its own mill in Canonsburg, Pennsylvania, All-Clad uses American-made metals to produce a complete line of superior cookware that home cooks rave about and that will last a lifetime. Be sure to visit some of the best walking towns in America. 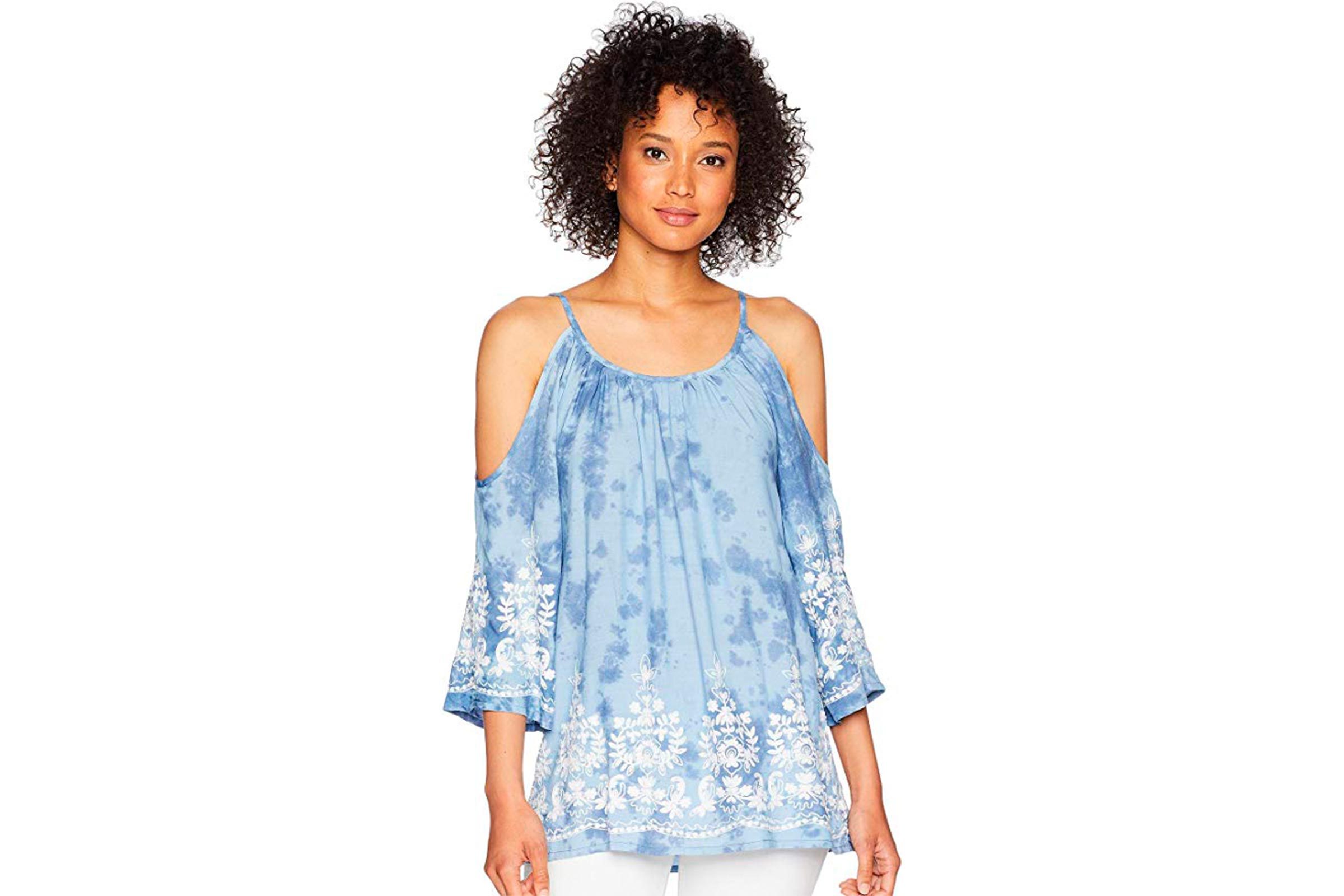 In 1979, Lonnie and Karen Kane started their clothing company with one goal: to create the highest-quality clothing possible. Almost all of their clothing is cut and sewn by hand in Los Angeles. Many of the fabrics come from the United States, as is the case with this 100 percent–rayon embroidered cold shoulder top. Don’t miss the 40 most trusted brands in America.

Disclosure: This post is brought to you by Reader’s Digest editors, who aim to highlight products and services you might find interesting. If you buy them, we may get a small share of revenue from our partners, such as Amazon Services LLC Associates Program. We frequently receive products free of charge from manufacturers to test. This does not drive our decision as to whether or not a product is featured or recommended. We welcome your feedback. Have something you think we should know about? Email us at [email protected]