The Funniest Amazon Reviews of All Time

The reviews tend to be a lot more honest than the actual product description. Sometimes, they can be pretty hilarious too. 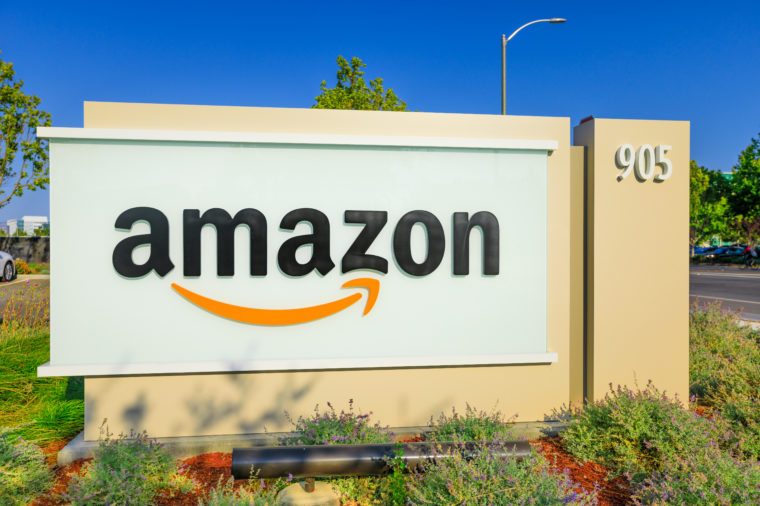 Amazon is known for having very thorough (and sometimes funny) reviews on the products they sell. Before you add anything to your cart you should always see what the customers really thought. Read on to see some brutally honest funny Amazon reviews that will make you laugh out loud. Before reading through the reviews on a product you want to buy, make sure you know how to spot a fake Amazon review. 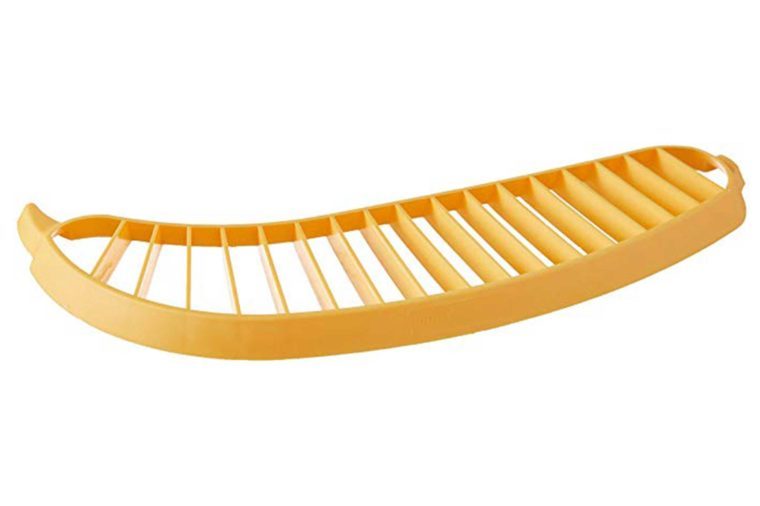 Finally! A way to slice bananas

“Gone are the days of biting off slice-sized chunks of banana and spitting them onto a serving tray. At long last, there is a saliva-free way of slicing bananas. Thank you, Hutzler! Next on my wish list: a kitchen tool for dividing frozen water into cube-sized chunks.” —via Amazon/customer review/N. Krumpe. After you buy these products with funny Amazon reviews, you’ll also want to check out these Amazon products with practically perfect reviews. 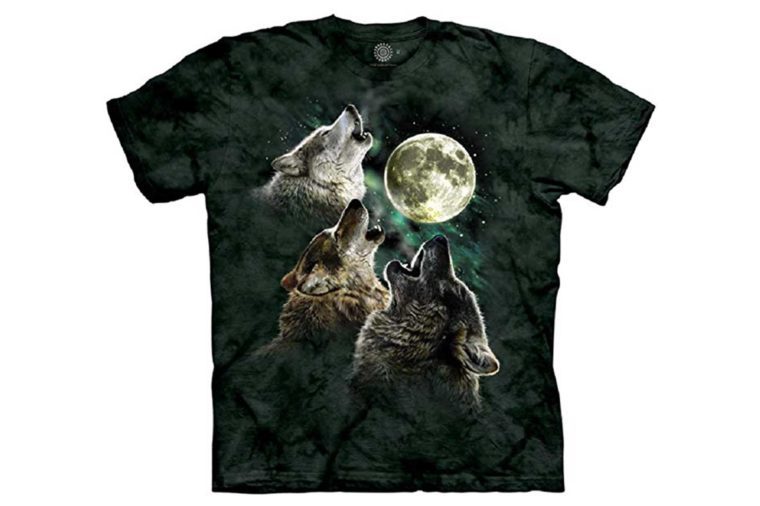 Great compliment for my skin art

“Unfortunately, I already had this exact picture tattooed on my chest, but this shirt is very useful in colder weather.” —via Amazon/customer review/overlook1977. These are the signs an Amazon seller can’t be trusted. 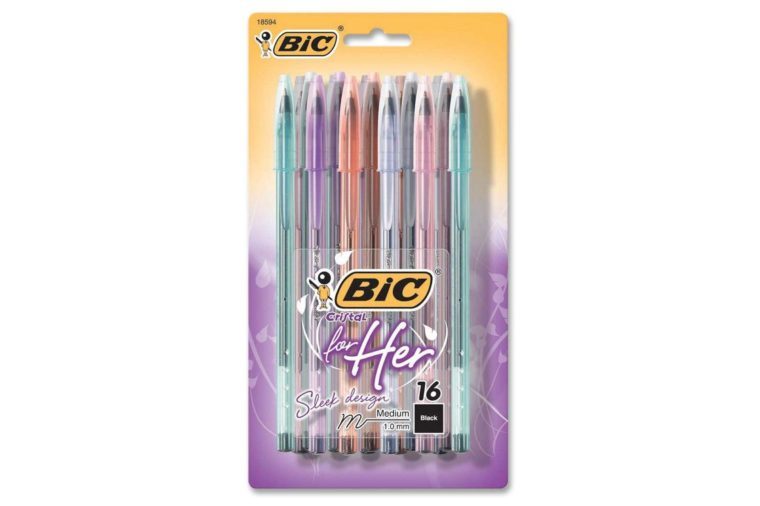 Ideal for a variety of feminine writing tasks

“I love BIC Cristal for Her! The delicate shape and pretty pastel colors make it perfect for writing recipe cards, checks to my psychologist (I’m seeing him for a case of the hysterics), and tracking my monthly cycle. Obviously, I don’t use it for vulgar endeavors like math or filling out a voter application, but BIC Cristal for Her is a lovely little writing utensil all the same. Ask your husband for some extra pocket money so you can buy one today!” —via Amazon/customer review/E. Bradley. Getting a kick out of these funny Amazon reviews? Here are hilarious one-star reviews of the dictionary. 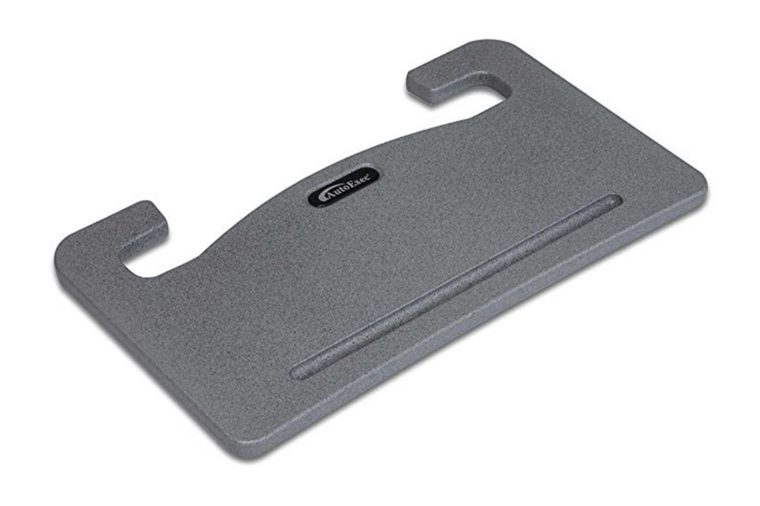 Not as convenient as I expected

“I just picked uuyp my laptop hoder from the post offfice and I’m ddriving home now. It’s OK Iguess, but the bumpy road majkes it hard to type. And theree’s a lot of pedeestrians and traffi c that keep distracti9ng me fromm my computer. It’s prolly OK ffor web browsing or email, but I don’gt think it will be so useful for mmore complex tasks. Oh, and yyou can’t make any sharrp turns. So when you turn right, somnetimess you have to use the oppsing lane of traffic.” —via Amazon/customer review/John Meinken. For more laughs check out these hilarious work cartoons. 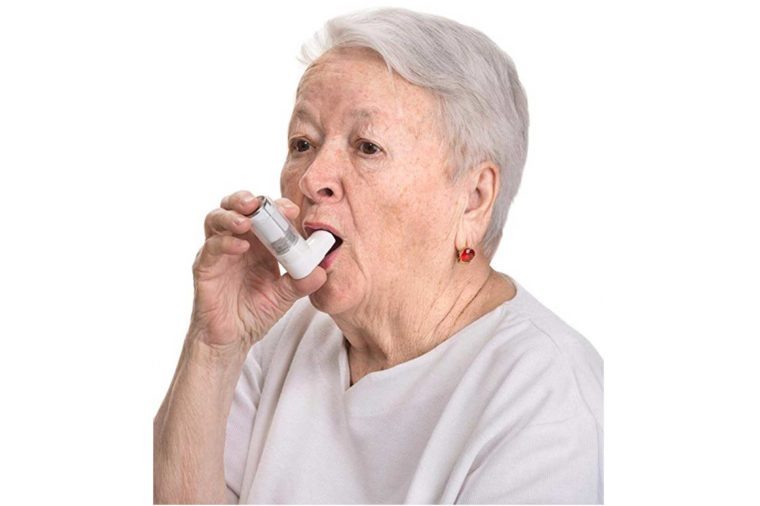 Now I have companionship

“At first I wasn’t sure if spending money on a sticker of an old lady with an inhaler was a good idea but once I got it I knew I had made the right choice. She keeps me company in my apartment since I don’t have any actual friends, we eat, play board games, and watch tv together. We have so much in common like our love for breathing and other things. She doesn’t argue like real people do and unlike a girlfriend, I don’t have to take her on dates, worry about keeping her happy, and she doesn’t nag me for money. Overall I am 100 percent satisfied with my purchase.” —via Amazon/customer review/Wes. These are the things you should always buy on Amazon. 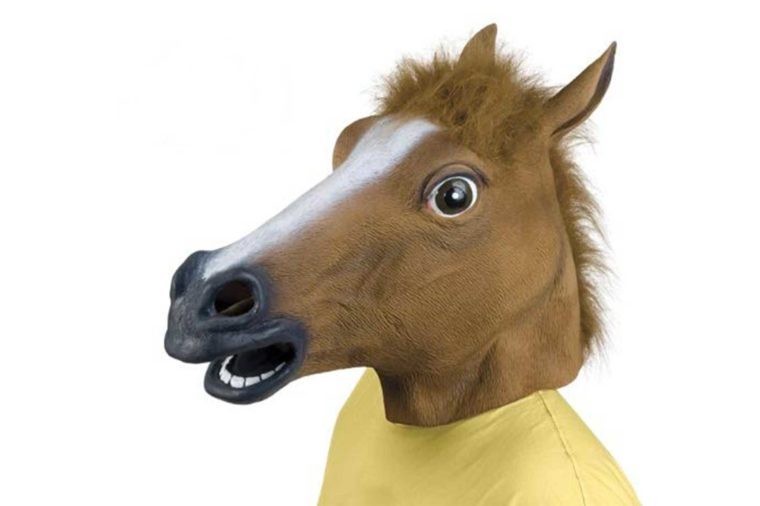 My transformation is complete

“It is day 87 and the horses have accepted me as one of their own. I have grown to understand and respect their gentle ways. Now I question everything I thought I once knew and fear I am no longer capable of following through with my primary objective. I know that those who sent me will not relent. They will send others in my place… But we will be ready.” —via Amazon/customer review/ByronicHero. Here are some other hilarious product reviews that will give you laughs. 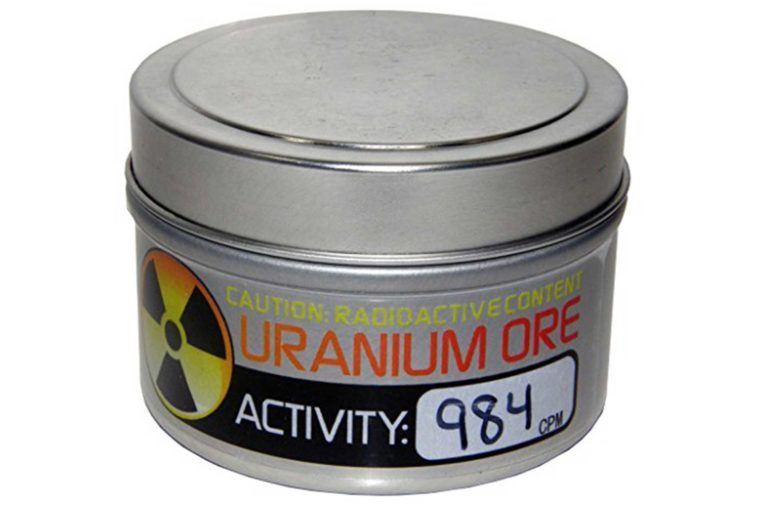 Despite the fact that it comes in a can…

“It is not cat food. Does anyone know if there’s a cure for sudden tentacles? The cat’s huge and well, doesn’t really look much like a cat anymore. She still answers to Muffin though. However, if she rubs against my bare leg one more time her new name will be calamari.” —via Amazon/customer review/General Garbage Person. Speaking of reviews, these really great movies got horrible reviews. 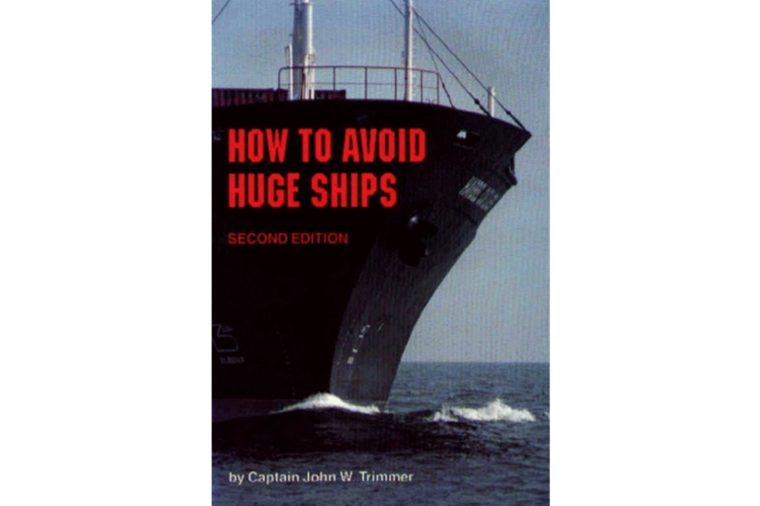 Good advice for most readers, but doesn’t cover all the bases

“There is one major oversight in this generally well-written book, and that is that it addresses animate readers exclusively. As a large rock in the Tyrrhenian Sea off the coast of Giglio Island, I have recently been confronted with instances in which avoiding huge ships was of fundamental interest to my personal well-being. However, the methods presented in Capt. Trimmer’s book were none too useful in my efforts to avoid huge ships, as I was recently struck by a very large ship indeed, a cruise vessel called the ‘Costa Concordia.’ I think the ship came off slightly worse in the exchange, but the experience was disruptive to my afternoon and rather jarring. In a situation such as this, Capt. Trimmer’s advice would have been immensely beneficial to humans, fish, seabirds, and other animals, but I am none of those things. I’m a big rock.” —via Amazon/customer review/Jamie. Here are some fun things you can ask Alexa to do. 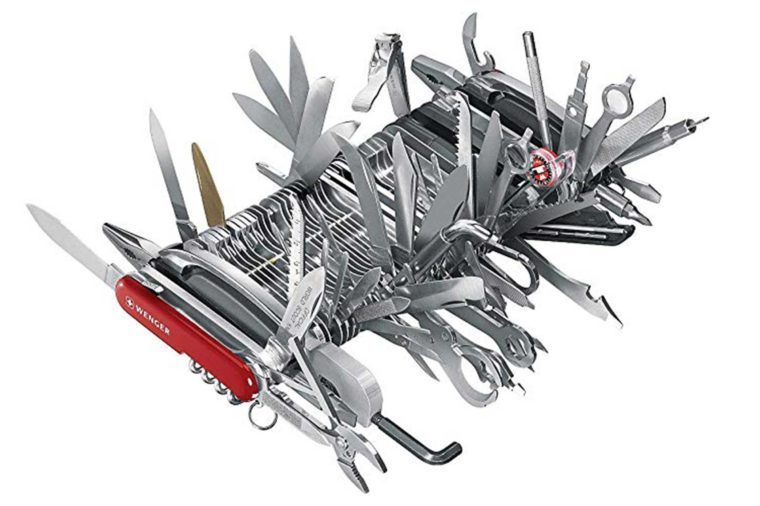 “I tried to file my nails, but in the process, I accidentally fixed a small engine that was nearby. Which was nice.” —via Amazon/customer review/a fan. For more entertainment, read through these short jokes. 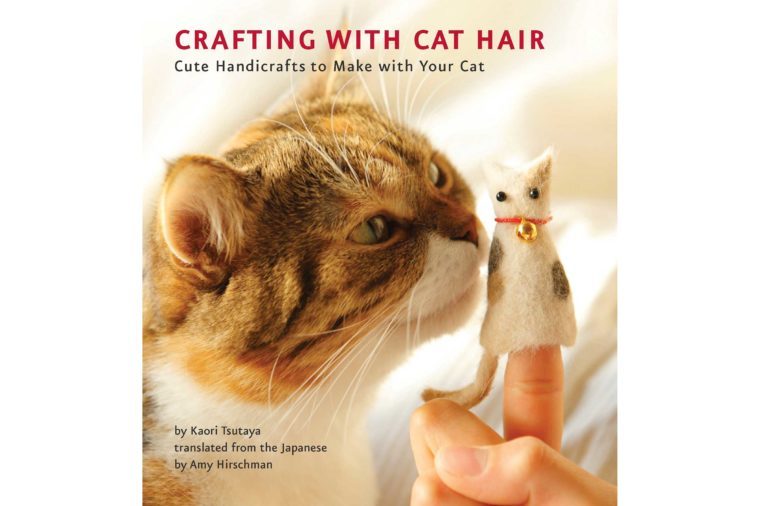 “I purchased this book as I was tired of people sitting too near me on public transport.” —via Amazon/customer review/Rico. These funny examples of irony in real life will have you crying laughing. 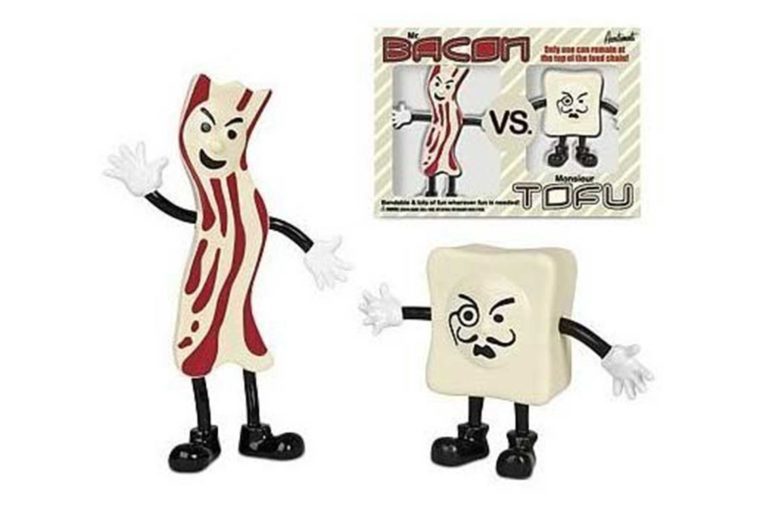 Accouterments does it again

“I bought the Bacon v. Tofu toys on the advice of my psychiatrist, who recommended that I physically act out to resolve my lingering conflict between eating healthy, which my mom wanted me to do, and gorging unrepentantly on food products comprised of 95 percent animal fat, like I wanted to do. After 8 short months of bashing Bacon and Tofu together in the bath, I have resolved my inner conflict and released my food hangups. The key is that neither Bacon nor Tofu wins. They have to learn to co-exist peacefully together.” —via Amazon/customer review/R. Jason. If you want your reviews to be as clever as these funny Amazon reviews, here are some funny words you can use. 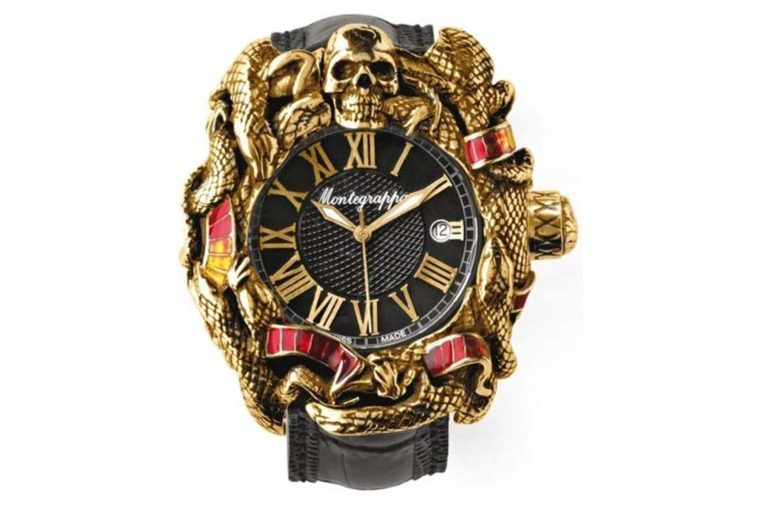 “My family does a white elephant Christmas gift exchange every year. The price of gifts is limited to $20. I am going to buy this watch, if I can sell my house, and pretend that it only costs $10. The look on the person’s face that opens this gift will be priceless! He/she will be begging someone to take it from them so they don’t get stuck with it! I really hope my Uncle Steven gets it. I will wait until I know that he has thrown the watch away in anger, thinking that someone just bought him a $10 gift, before I finally fess up that it cost me almost $90,000! This will be awesome! Thanks, Satan for selling your watch!” —via Amazon/customer review/BC. 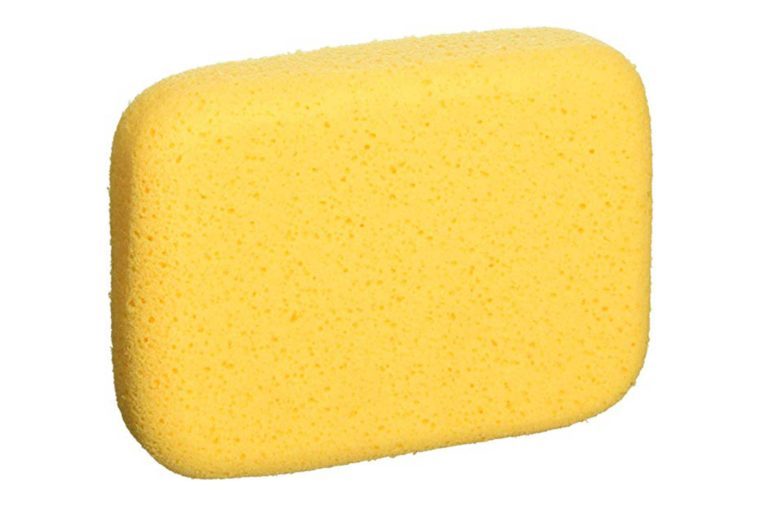 “If I could give these sponges a million stars I would. I love them so much I couldn’t even bring myself to use them. I drew faces on them, they are now my friends and I have a little over 40 sponges! I am soon ordering more. I LOVE THESE SPONGES! They are a gift from God!” —via Amazon/customer review/Juliennes. The weirdest things you can buy on Amazon probably also have some really great reviews. 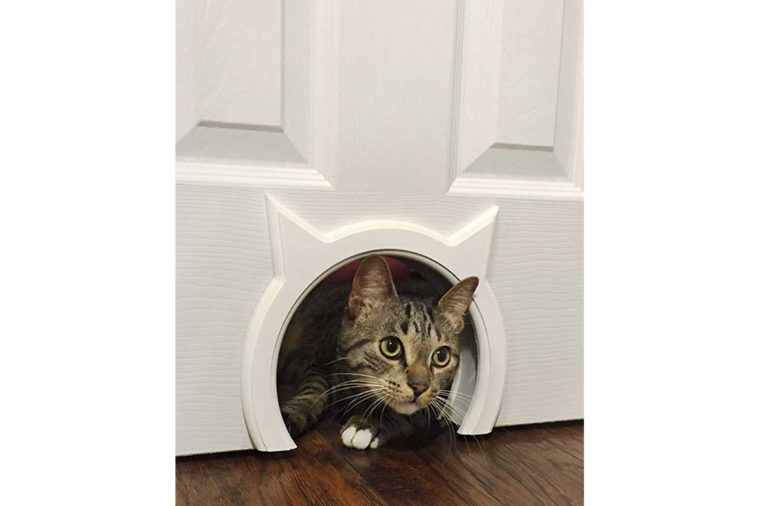 Better than it looks online

“Love this! I hate my wife’s cat but it made my wife pretty happy that the cat can come into our bedroom at will now and claw the dogs while they sleep. I installed this in just a few minutes, threw some Woodglue on to reinforce it, dried it for a few hours … boom it’s sturdy and gets the job done. I hate that cat but his door is pretty cool.” —via Amazon/customer review/Rachel Ayn & Noel. 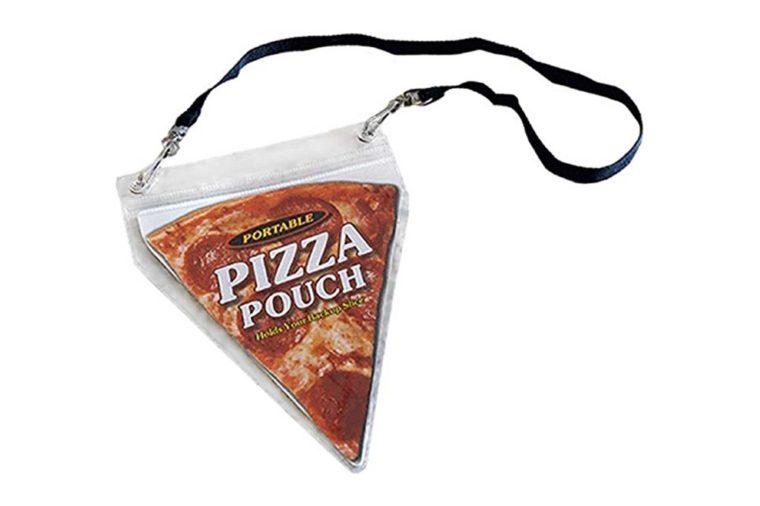 “This was a lifesaver during that time I was left for dead whilst hiking the Appalachian Trail. My ‘friends’ abandoned me when I was engrossed in the latrine building. I was near starvation when I recalled my lucky pizza pouch hanging invitingly from my neck. I was able to ration bites from my mushroom, pepper, and onion well done supplemental slice until help arrived. I wasn’t even hungry when they brought me back to civilization.” —via Amazon/customer review/Amazon Customer. If you liked these funny Amazon reviews, these hilarious photos will also give you a lot of laughs.