13 of the Most Bizarre True Stories That Became Documentaries

Maybe delving into the weird will make your quarantine seem a little less so? 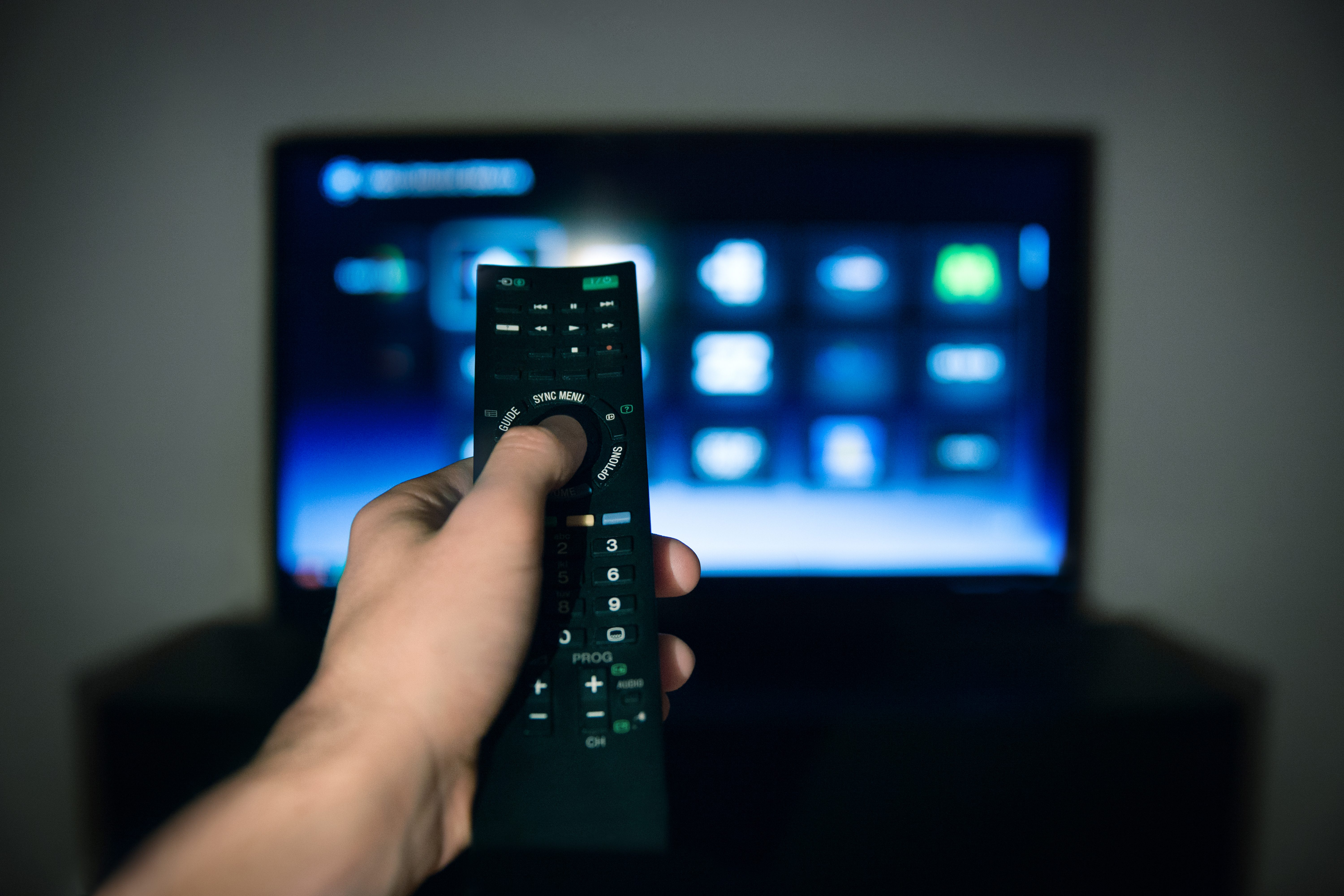 Yes, I am aware that the whole point of documentaries is that they are true stories. But these stories are so, so strange you’re forced to question its authenticity, so I just wanted to clarify it for you right there in the headline. OK? OK. 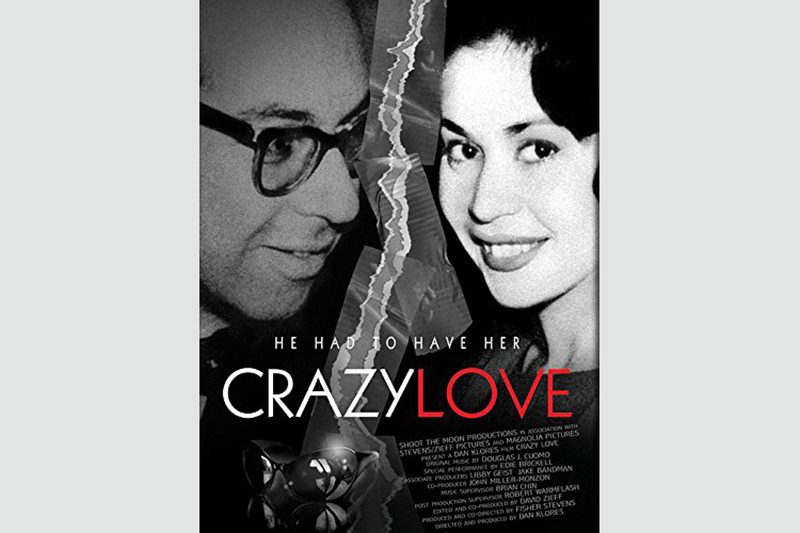 When Burt Pugach first laid eyes on Linda Riss in 1959 it was love at first sight. The lovebirds were mad for one another, until Riss discovered Pugach was already married with children and called it off. Not long after, Pugach paid three assailants to toss lye in Riss’ face, permanently mutilating and almost completely blinding her. As you may have guessed, Pugach did 14 years in prison for the crime. As you may not have guessed, they enjoyed almost 40 years of marriage after Pugach’s release. Crazy Love is available to rent for $2.99 on Amazon. Here’s the 1969 documentary the royal family doesn’t want you to see. 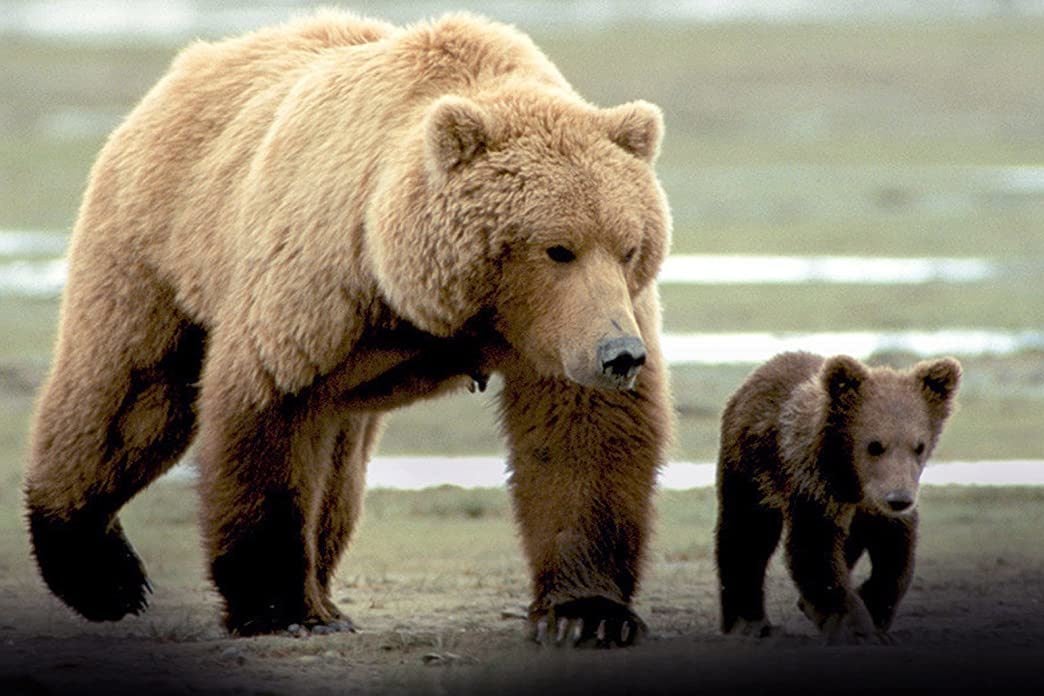 Grizzly enthusiast Timothy Treadwell spent 13 summers living among the grizzly bear population in Alaska’s Katmai National Park until he and girlfriend Amie Huguenard met their grizzly end at the jaws of one in 2003. The documentary is intercut with some of Treadwell’s own foreboding footage of him approaching and even petting some of the bears. The fatal attack occurred in 2003 when an adult male grizzly entered their campsite. The darkest part? Treadwell’s camera captured an audio recording of his own death. Grizzly Man is available to rent for $3.99 on Amazon or to stream if you’re already a Prime member. If you’re a documentary aficionado, you might already be familiar with this Werner Herzog film—though probably not these lesser known but can’t miss documentaries. 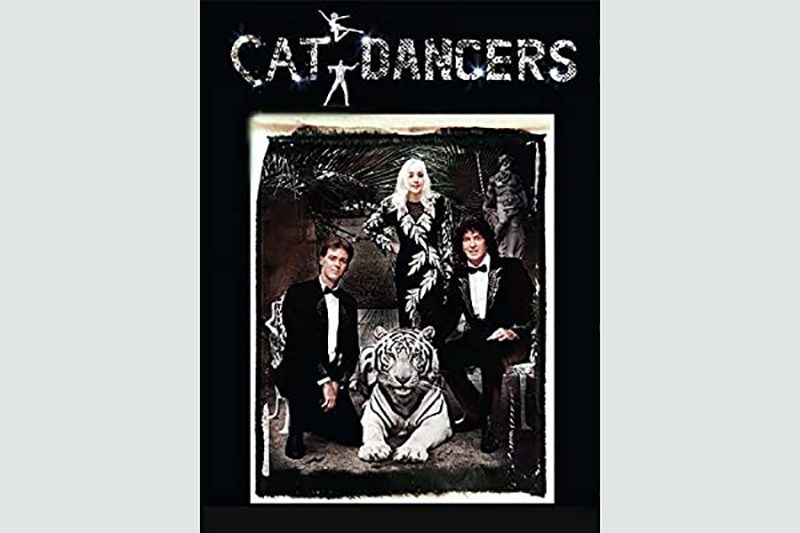 Personally, I do not understand the Tiger King hype, likely because I grew up in a town with a tiger lady whose tigers would randomly get loose and wander around suburban New Jersey. Cat Dancers is the quintessential tiger documentary and did everything that Tiger King did, but first and better. Former ballet dancers Ron and Joy Holliday became world-famous for their exotic cat show featuring leopards and tigers and jaguars of all sorts. They eventually brought circus performer Chuck Lizza into the act—and their marriage—turning their menagerie into a menage a trois. One day, Chuck lost his footing while caring for Jupiter, the trio’s white Bengal Tiger, mistakenly frightening the cat who attacked and killed him in response. Joy was especially despondent over Chuck’s death and also killed by Jupiter just a few weeks later in an unprovoked attack. Cat Dancers isn’t available to stream, but you can watch the trailer and keep an eye out for it on Amazon. 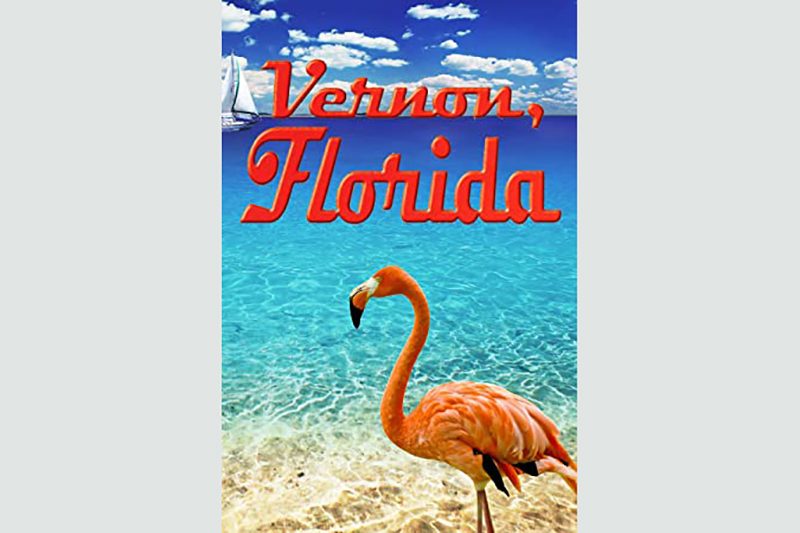 Filmmaker Errol Morris was inspired to document the town of Vernon, Florida, after reading an article about the town’s high rate of insurance payouts to people who seem to have lost limbs in accidents. Initially titled “Nub City,” the residents of Vernon didn’t like Morris’ angle too much—one of them eventually tried to run down the film’s cinematographer with a truck. Morris eventually pivoted to detail the town’s eccentricities as a whole. Vernon, Florida is available to rent for $5.99 on Amazon. 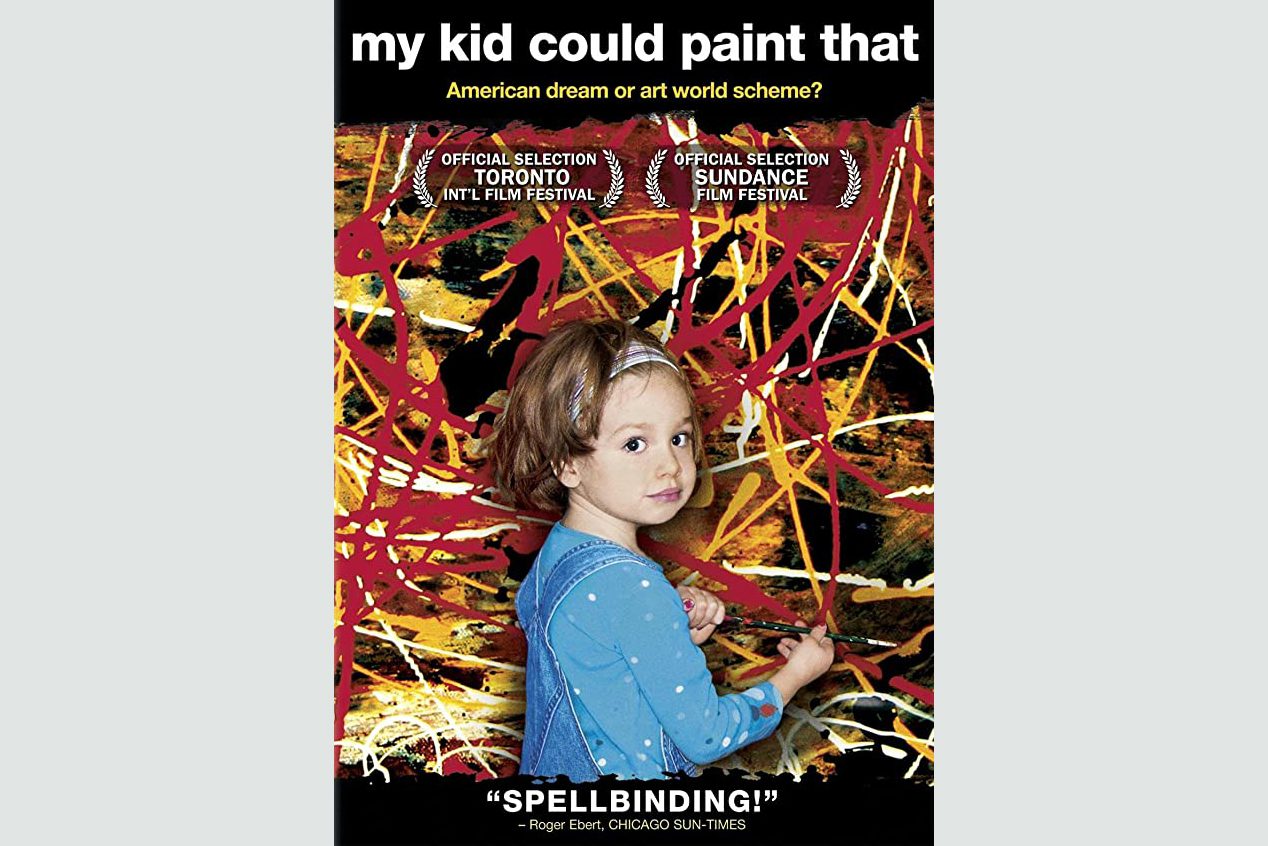 When a local coffee shop in Binghamton, New York, began hanging colorful, abstract paintings on its walls, patrons just had to know: Who painted them, and could they purchase them for $253? The answers were three-year-old Marla Olmstead and yes. The tot became a media sensation and darling of the New York City art scene, her paintings selling at auctions for over $6,000 each. The veracity of the Olmstead’s claims that Marla produced the paintings by her own accord and without the guidance of her parents quickly became a major source of controversy. Child prodigy or contrived gimmick? You decide. My Kid Could Paint That is available to rent for $2.99 on Amazon. Here’s how to access “hidden” films and TV shows on Netflix. 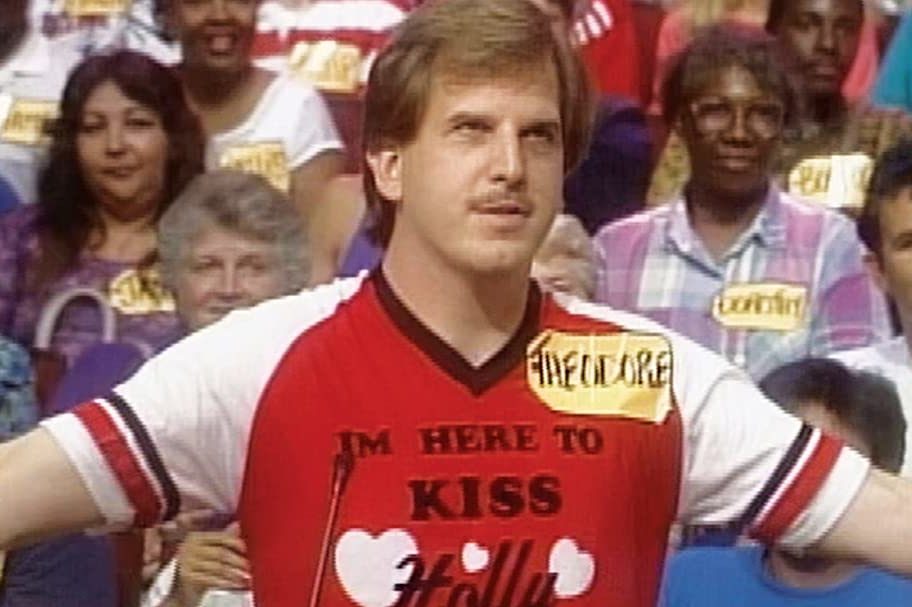 Perfect Bid: The Contestant Who Knew Too Much (2017)

The Price is Right-obsessed math teacher Ted Slauson had cracked the code. Most The Price is Right contestants hoped their bid landed within $100 or so of the price tag attached to the show’s merchandise. Slauson could pin it down to the dollar, and he could do it on a dime—but that’s not even the most bewildering part. Slauson made it to The Price is Right set 37 times and became notorious for shouting correct bids to other contestants on the show to help them win money. In fact, in 2008, contestant Terry Kniess would go on to be the first contestant to make the first-ever perfect Showcase Showdown bid, sparking a massive controversy and prompting the show to change its entire system. And who was in the audience the day of this reckoning-inducing bid? Ted Slauson. Perfect Bid: The Contestant Who Knew Too Much is available to rent for $3.99 on Amazon or to watch for free with ads. 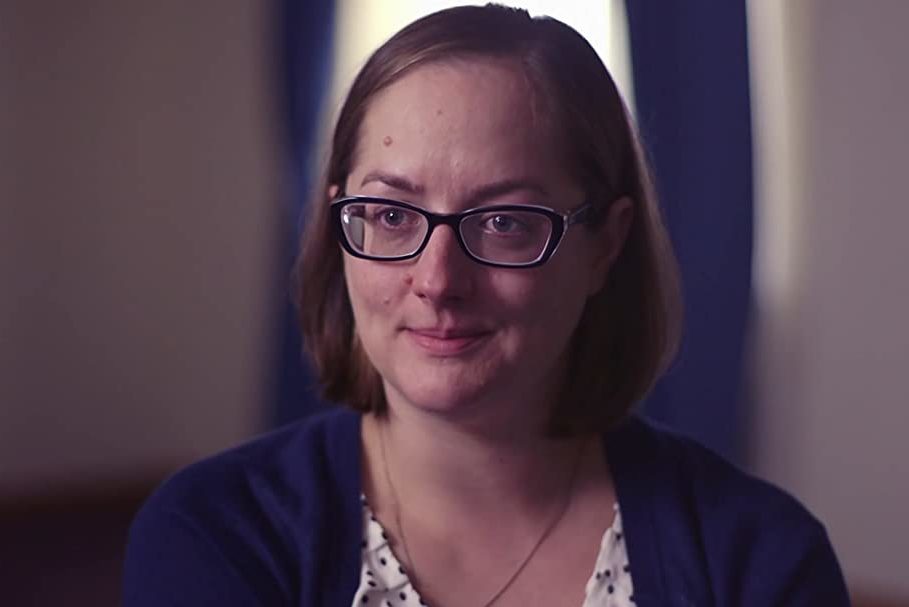 According to Internet mythos, “Slenderman” is faceless, unnaturally tall, business suit-donning boogeyman with an inclination to prey on young children. Beware the Slenderman documents the story of two 12-year-old girls in Waukesha, Wisconsin, who so adamantly believed in the existence of Slenderman that they became convinced only a sacrifice to him would protect their families and make them his “proxies.” The two lured a classmate into the woods under the guise of a birdwatching expedition, stabbing her 19 times. The victim survived, and her attackers were sentenced to 25 years to life and 40 years to life in mental health facilities. Beware the Slenderman is available to rent for $2.99 on Amazon. Go behind the scenes of America’s scariest film—not this one, but also a documentary. 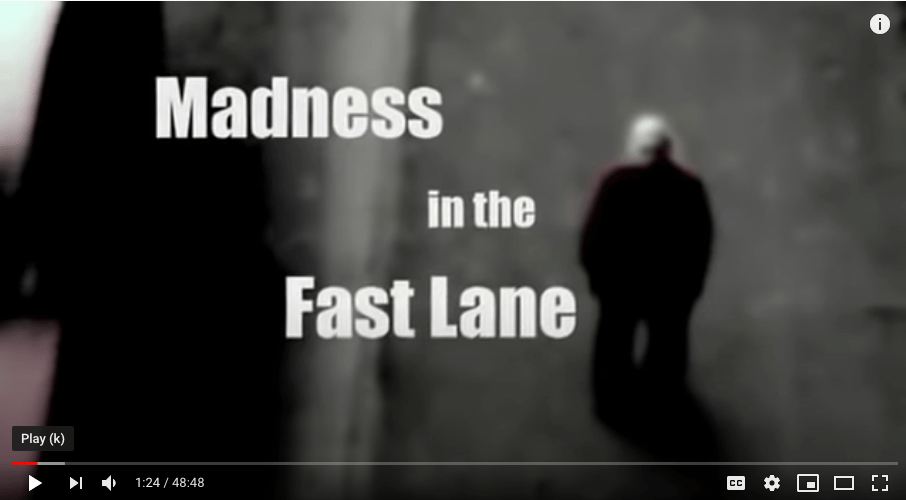 In May 2008, twin sisters Ursula and Sabina Eriksson charged into traffic on a busy motorway in England. When police arrived, the women tried it again—this time they got what they seemingly wanted. Ursula was seriously injured, and Sabina was knocked out. Sabina regained consciousness 15 minutes later, fighting police and leaping into traffic once more before officers could restrain her. Sabina was released from police custody the next day while waiting for Ursula to recover in the hospital. Only a day after her release, Sabina murdered Glenn Hollinshead, a stranger who took the woman in after finding her wandering the street. Madness in the Fast Lane provides a detailed look at the sisters’ confounding behavior. Watch it for free on YouTube. While it delivers on bizarre, this is not the one you want if you’re in the market for something cheery. Try one of these documentaries to fit every mood. 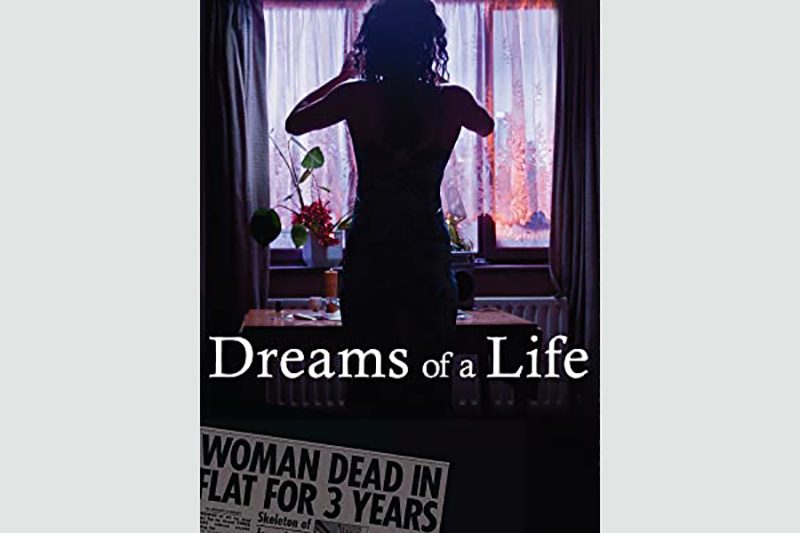 Joyce Carol Vincent was beautiful, graceful, and magnetic—so much so she was known to keep the company of people like Stevie Wonder, Gil Scott-Heron, Betty Wright, and Judy Cheeks. So how was it that she laid dead in her apartment for over three years before anyone realized? The television was still tuned to BBC when her body was finally discovered, as if the circumstances of her premature death weren’t eerie enough. Dreams of a Life sets out to make sense of the senseless. How could a person as gregarious and beloved as Joyce plunge so drastically into solitude that even in the heart of London, nobody would realize she was dead? Dreams of a Life is available to rent for $2.99 on Amazon. 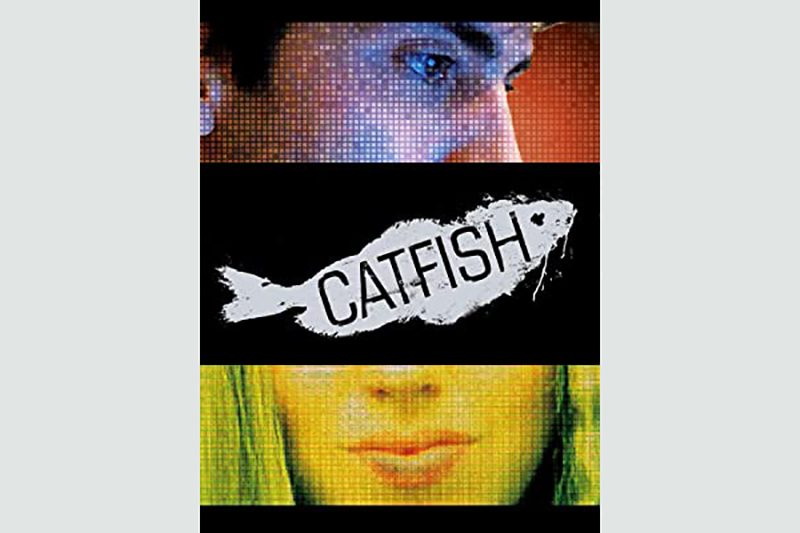 Catfish seems like a rare instance in which its offshoots are more well known than its origin. You’re probably at least somewhat familiar with Catfish: The TV Show, now an MTV staple. Or you’ve at least heard the term “catfish,” which has gotten a secondary entry in Merriam-Webster’s since the rise of social media has allowed the catfishing narrative to ingrain itself in the cultural canon of the past decade. But are you familiar with the original catfish case? Because, whew, did this boy get catfished hard. Nev Schulman meets a young woman on Facebook named Megan who he begins dating virtually, exchanging over 1,500 messages and even meeting her mother, Angela, and several other family members online. Nev decides to surprise her with a visit but grows suspicious after spending time at the family home while waiting for Megan’s returns. He eventually discovers his girlfriend doesn’t exist—it was Angela behind the keyboard the entire time. Angela’s motives and methodology for the catfishing are even more tantalizing than the big reveal. Catfish is available to rent for $3.99 on Amazon or stream on Netflix. 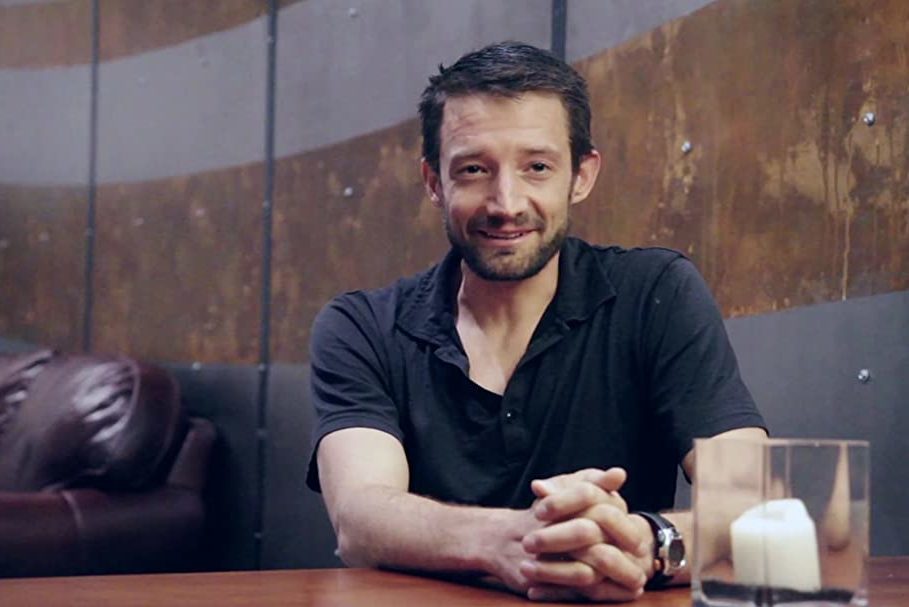 The Barkley Marathons: The Race That Eats Its Young (2015)

Since its inception over 25 years ago, only ten people have completed the Barkley Marathons. The race’s creator, Gary “Lazarus Lake” Cantrell, got the idea from an unusual source. When Martin Luther King, Jr.’s assassin escaped Brushy Mountain State Penitentiary, he was only able to cover 8 miles of Tennessee wilderness in the 55 hours he was on the loose. Cantrell reckoned he could do 60. So, the Barkley Marathons were born. It’s the most challenging course in the sport of ultra-running, and competitors from all over the world travel to Frozen Head State Park every spring to try their luck at even participating, let alone finishing. Even more mysterious than the race is its entry process: track down a secret email address and submit an essay on why you should be allowed to run the Barkley, and maybe, maybe you’ll be one of the lucky 40 to receive a response. The Barkley Marathons: The Race that Eats Its Young is available to rent for $2.99 on Amazon or stream on Amazon Prime. Barkley is just the tip of the iceberg: check out these other bizarre competitions caught on video. 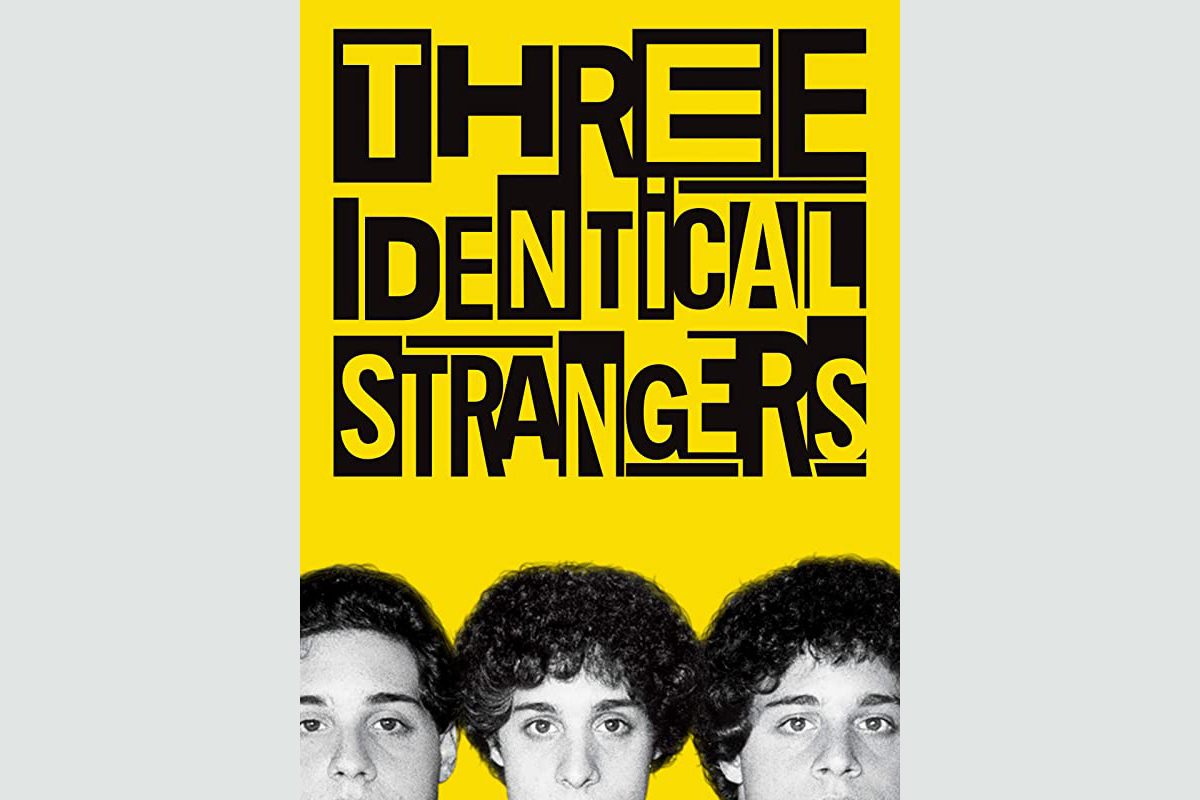 Bobby Shafran, 19, arrived on campus for his first day of college confused by unfamiliar classmates repeatedly greeting him as Eddy. Bobby would quickly discover he had a lookalike on campus. In fact, fellow freshman Eddy Galland was a dead ringer. Some might even say his twin. Or as they would soon discover—triplet. David Kellman contacted Bobby and Eddy when their photo was published in the local paper, as he too bore an uncanny resemblance. The trio learned they were triplets separated at birth, each adopted by families of varying economic levels as a part of a larger psychological study. That they found one another was completely coincidental, but even more astonishing are the documentary’s unexpected revelations surrounding nature vs. nurture. Three Identical Strangers is available to rent for $3.99 on Amazon or stream on Hulu. 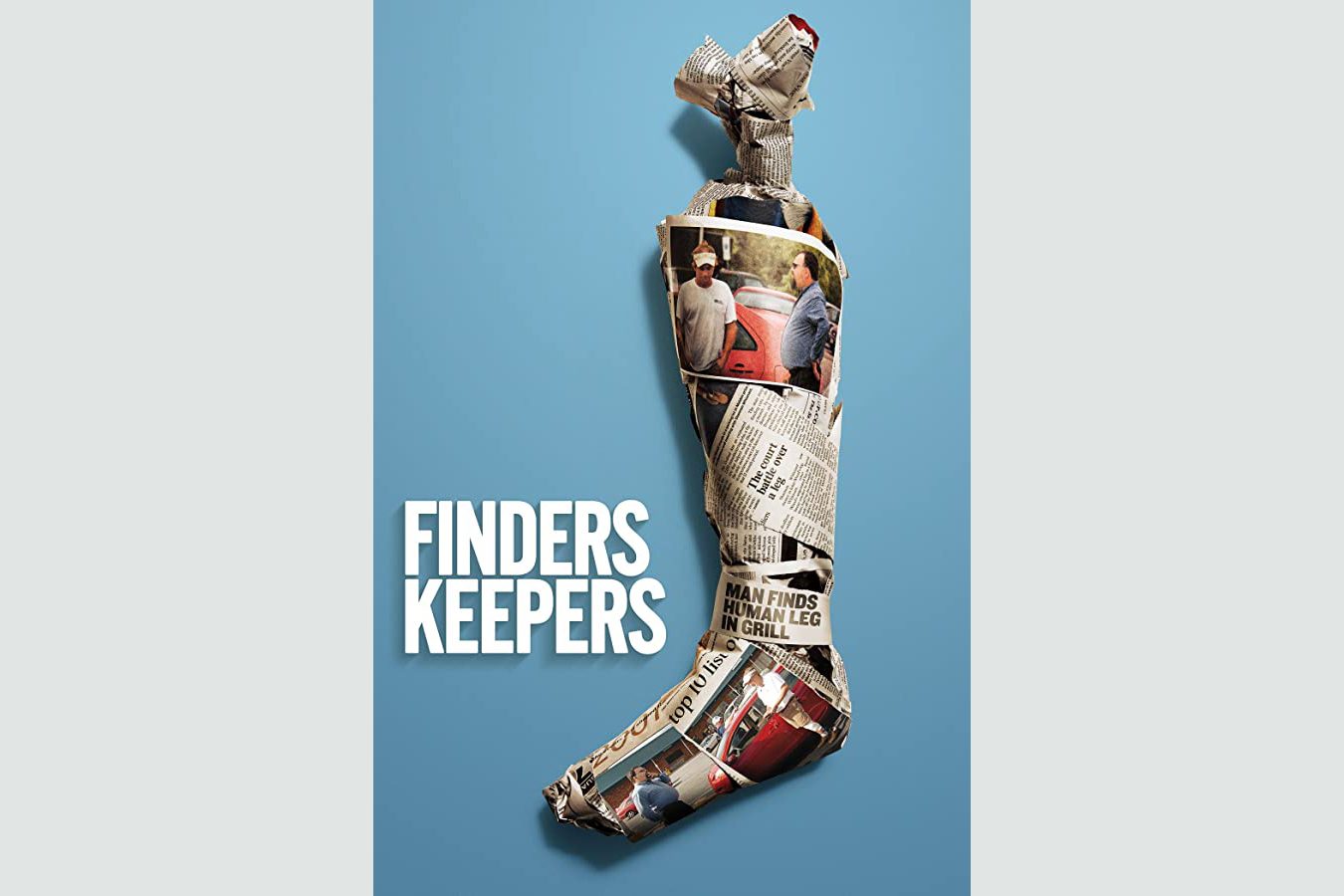 Shannon Whisnant purchased a pre-owned barbecue grill and found more than a just a few charcoals left inside—try a mummified human leg. Nobody knew where the mystery meat came from, and Whisnant, an aspiring TV personality, considered it his big break. Whisnant branded himself “The Foot Man,” and planned to turn the mummified leg into a roadside attraction. His big plans were derailed when John Wood came forth—the leg was his and he wanted back. It was amputated after Woods was in a plane crash years earlier, and the grill was auctioned off after his storage shed was repossessed. Finders Keepers chronicles the legal battle that ensues to determine the rightful owner of the leg, and is available to rent for $4.99 on Amazon or stream with Prime. See how a mummified human leg stacks up against these 12 bizarre things that homeowners have found in their backyards.