The Hilarious Thing Prince George Said to His Classmates

The boy who will be king

If royal cuteness had a name, it might very well be Prince George. The oldest son of Kate Middleton and Prince William is now second in line to the British throne. However, royal family tree and future duties aside, George is still very much a 9-year-old boy … and an especially cheeky one, at that. Whether he’s sticking out his tongue, making funny faces during royal engagements or doling out funny quips, the world can’t get enough. And his latest sassy comment to a school chum is guaranteed to make you laugh.

Read on to find out exactly what he said, and then check out some other funny royal family moments.

What did Prince George say to his classmates?

Apparently, the 9-year-old pulled the royal card when he got into a spat with one of his classmates, according to royal expert Katie Nicholl in her brand-new book The New Royals: Queen Elizabeth’s Legacy and the Future of the Crown. In an attempt to win the argument, Prince George reportedly said, “My dad will be king, so you better watch out.” While Nicholl didn’t reveal any other details about the argument in the book, we’re guessing this epic comeback probably worked. After all, what can you really say in response to that?

While it’s clear that Prince George knows his family’s lineage, his parents are trying to find a balance for him. “They are raising their children, particularly Prince George, with an awareness of who he is and the role he will inherit,” Nicholl writes, “but they are keen not to weigh them down with a sense of duty.”

In doing so, they’re doing their best to let their kids be kids. “They want George, Charlotte and Louis to have as normal a life as possible, despite the circumstances, and allow them to be ordinary children just like their mates,” says royal commentator Richard Fitzwilliams. “It’s one of the many reasons why so many people adore the Prince and Princess of Wales.” Speaking of normal, George and Charlotte have given little Louis an adorable nickname.

What other cute things has Prince George said?

This isn’t the first time Prince George has made us laugh. Remember when he met the Obamas back in 2016 and emerged from his room at Kensington Palace wearing a white bathrobe and pajamas? Little George couldn’t help noticing Prince Harry wasn’t acting like himself that night—and called him out on it. “All throughout, [Prince George] was like, ‘Uncle Harry, why are you so quiet? Why are you so quiet?'” the former first lady recalled in a joint interview with Harry on ABC News, leaving the latter to admit he still found the memory “embarrassing.”

Kate also recently revealed what George said when she showed him some old royal family photos, including her engagement pictures from 2010. Talking to royal fans in Wales, she couldn’t help laughing while recalling her son’s backhanded compliment: “Mummy, you look so young!”

What funny comments have the other royal kids made?

Prince George isn’t the only royal kid who makes us smile, of course. His sister, Princess Charlotte, is usually on her very best behavior when in public. However, at Prince Louis’s christening in July 2018, when she was just 3 years old, she was apparently annoyed by the hordes of photographers waiting in front of London’s St. James’s Palace. Before heading into the venue, she told the paparazzi, “You’re not coming,” and gave them a long stare-down as she walked past them while holding her father’s hand. Judging by William’s face, the Prince of Wales struggled to suppress a laugh following the cheeky comment.

More recently, Charlotte gave her big brother George a royal lesson during the queen’s funeral. “You have to bow,” she told the prince when the funeral procession passed them, leaving royal fans amused despite the sad occasion.

Queen Elizabeth’s other great-grandchildren have shown their sassy sides too. While on the balcony during the Trooping of the Colour in 2018, for example, then-7-year-old Savannah Phillips stuck her tongue out, glared at the cameras and hilariously put her hand over her cousin George’s mouth to get him to stop talking. Put that future king in his place, Savannah!

Where do the royal kids get their sense of humor?

A good sense of humor clearly runs in the family and seems to be part of the late Queen Elizabeth’s legacy. One fun story involves her witty reply to two American tourists she encountered near Balmoral Castle who asked if she “had met the queen.” The bemused monarch pointed to her protection officer Richard Griffin and replied: “Well, I haven’t, but Dickie meets her regularly.” It ended with the hikers asking the queen to take a picture of them with her stunned aide, then swapping places and posing with the monarch without recognizing her.

Queen Elizabeth also regularly joked around at political engagements. When Canadian Prime Minister Justin Trudeau reminded her at a state dinner in 2018 that he was the 12th prime minister of her reign, she commented to the entire room, “Thank you, Mr. Prime Minister of Canada, for making me feel so old.” And when posing with world leaders including Joe Biden and Boris Johnson at the G7 summit in 2021, she made the whole group laugh by sheepishly asking, “Are you supposed to be looking like you are enjoying yourself?”

Prince William and, of course, Prince Harry have been known for their punch lines over the years too. In 2003, around the time he met Kate, Prince William spoke in an interview marking his 21st birthday about his struggles to find a girlfriend. “Only the mad girls chase me, I think,” he said, joking. “No, I’ve never been aware of anyone chasing me, but if they were, could they please leave their telephone number?”

In recent years, he has poked fun at his hair (or lack thereof). When he shook hands with a hairdresser in 2017, he joked that he couldn’t give the man much business. And after Prince George’s birth, he told reporters, “[He’s] got way more hair than me, thank God!”

The future king also loves a good dad joke. For example, he told well-wishers after Louis’s birth that he was looking for a babysitter, if they happened to be available. And when he took a royal trip to Namibia while Kate was on maternity leave, he joked that she was jealous he was getting a break and then said, “I’m looking forward to a few good, uninterrupted sleeps this week—away from my wonderful children.” Apparently Prince George didn’t just get his looks from his father! 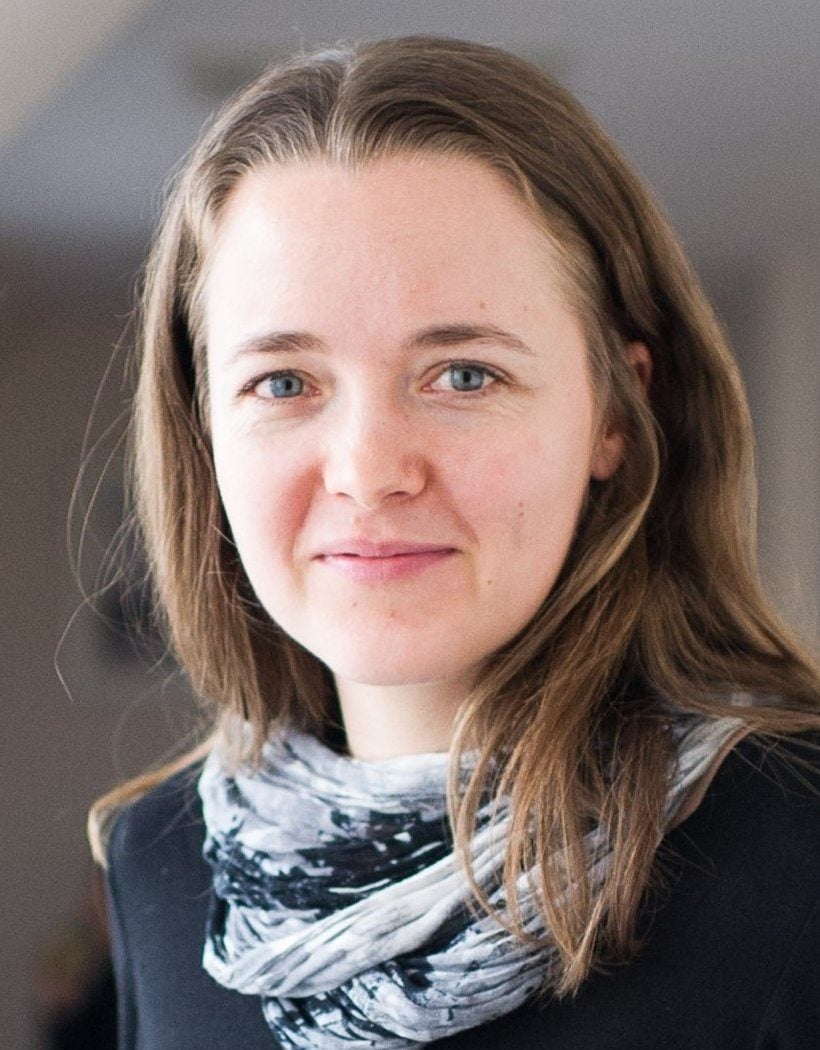 Astrid Hofer
Astrid covers entertainment, lifestyle, travel and current events for international publications. When she’s not on deadline, you can find her checking out the latest bands, movies and vegan restaurants in London and beyond.