No hotel is perfect, but unfortunately, some out there are so imperfect that staying there can turn your dream vacation into a nightmare. Travel experts share the signs that the hotel that you're booking—or that you've just walked into—is not all it's cracked up to be. 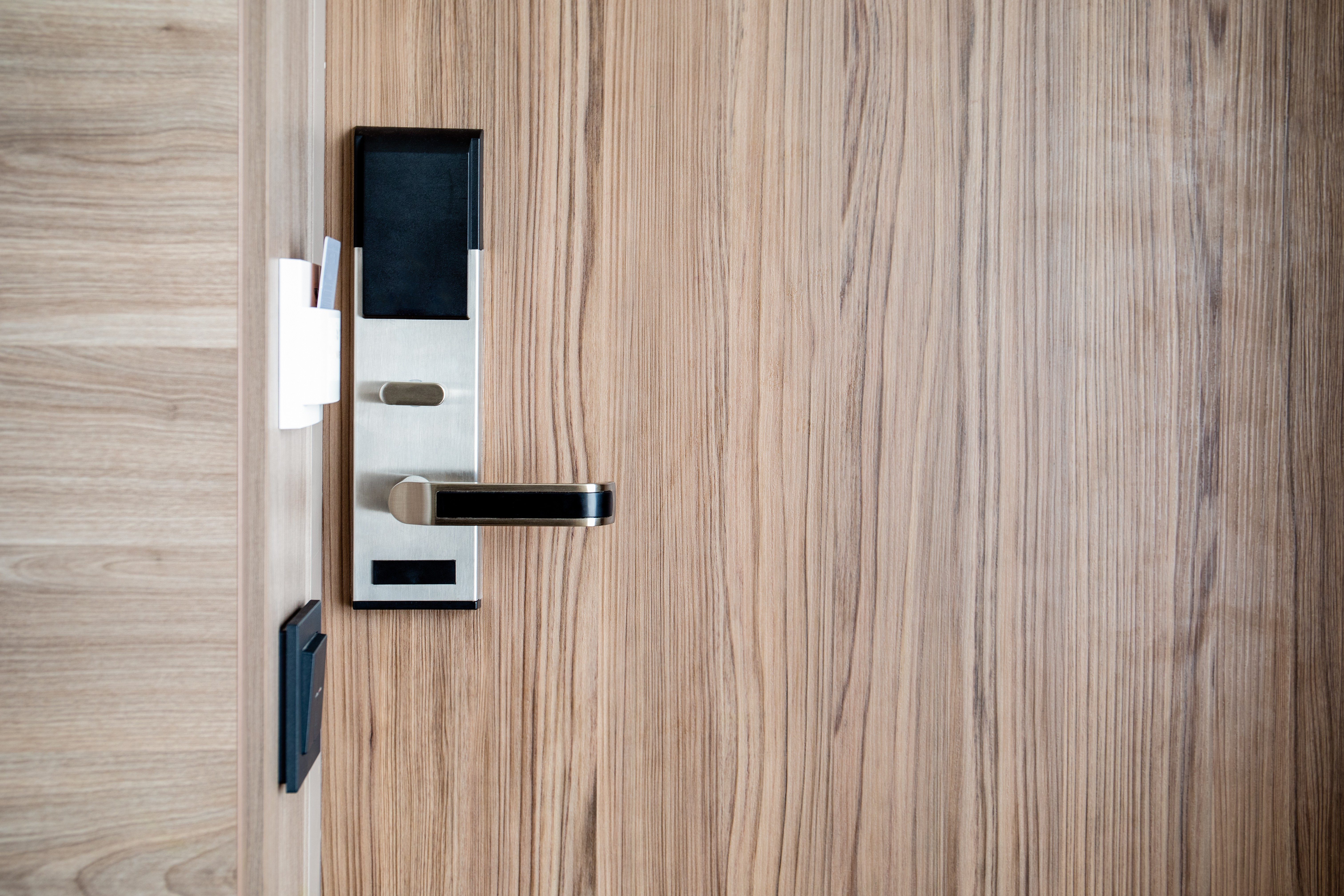 Even though you don’t spend a lot of time in your room on vacation, having one that is sub-par can really put a damper on your trip. Before booking your trip (or to avoid booking the same bad place again) make sure you know about these red flags that you’re about to stay at a bad hotel. Make sure to look for these things when you book your hotel in one of these places you need to visit in 2020. 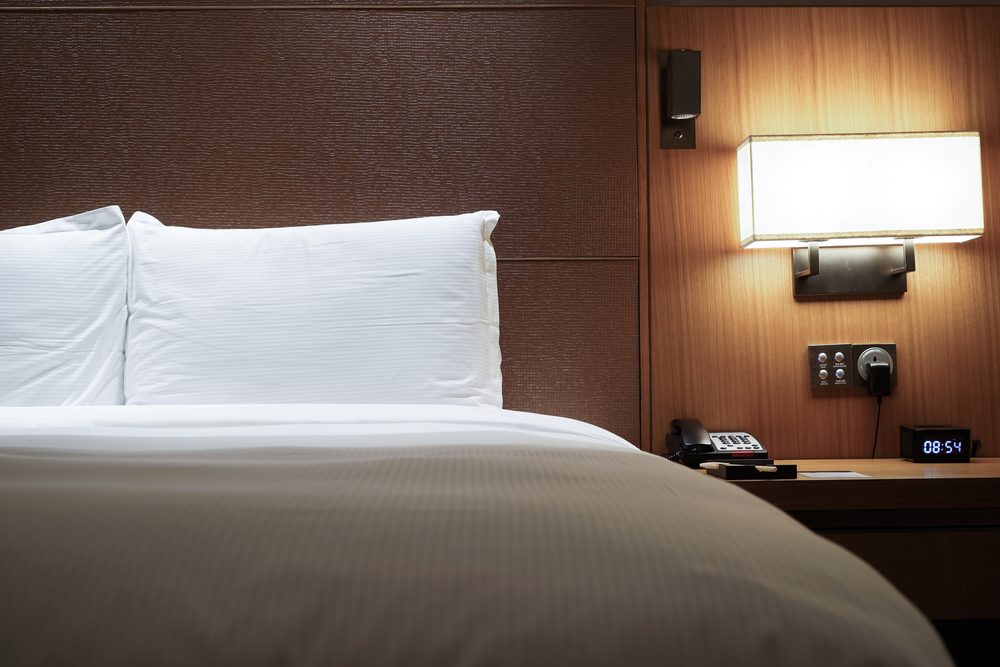 The photos are doctored

Sometimes, you may not realize a hotel is iffy until you arrive—but you certainly want to avoid that happening if you can. There are some bad hotel signs you can catch before you finalize your booking, and you should always be on the lookout for those. Spotting many is as simple as just doing your research on the hotel’s website.

Firstly, give the photos on the hotel’s site a good look. “Hotels with a good reputation and nothing to hide will ensure that the quality of their photos is professional, accurate, and not overly edited,” says Janet Semenova, co-founder of Boutique Travel Advisors. “Hotels whose photos are misleading or heavily photoshopped generally have something to hide.” For instance, look for gradient lines that indicate that colors were touched up. Another technique you might see is the use of a fish-eye lens. “If their pictures are all taken with a fish-eye lens, they may be trying to make small rooms appear larger,” cautions Grainne Kelly, travel expert, former travel agent, CPST, and founder of BubbleBum car travel innovations. A quick Google image search for the hotel should quickly make it clear if the photos on the site aren’t giving the whole picture.

And it’s not just what you do see—it’s the photos that are not there, too. If the website only shows photos of the exterior of the hotel, there’s almost definitely a reason that there are none of the inside. Even leaving out photos of a significant aspect of the rooms—think the bathrooms or the beds—can be a red flag. Find out some more of the surprising secrets hotels won’t tell you.

Once you’ve confirmed that the photos of the hotel are to your liking, head over to Google Earth for one last check. If the “Street View” of the hotel’s address looks nothing like the pictures on the site, there’s a problem. “Google Earth…will give you a very good idea of where the hotel is located and what is around it,” says Patricia Hajifotiou, owner of the touring company The Olive Odysseys and author of Travel Like You Mean It. “For example, if you are going to Santorini, you are going there for the caldera views. If your hotel is located on the back side of the island, you might have sea views in the distance but you will not be sitting on the cliff looking at the volcano (which might be fine for you). Make sure your hotel is really in the location it says it is!”

Of course, there are plenty of ways to score great deals on hotels. But there’s a difference between using a legitimate technique to get a markdown and an up-front price just seeming… off. “If a price looks too good to be true, it probably is,” warns Leona Bowman, luxury travel blogger at Wandermust Family. “If you are getting a five-star hotel at a two-star hotel price, it is worth doing some more investigating. Double-check that there aren’t any renovations or local building works that are affecting the property and are causing the price to drop.”

Cassandra Brooklyn, founder of the travel planning and group tour company EscapingNY, also recommends taking a quick look at the price of other, similar hotels to see if the charge seems reasonable. “If the hotel is much cheaper than surrounding hotels with similar amenities, there’s probably a reason that the hotel can’t charge higher, [such as] construction, paper-thin walls, bed bugs, or terrible service,” she tells Reader’s Digest. Check out these much more reliable tips for saving money on hotel rooms. 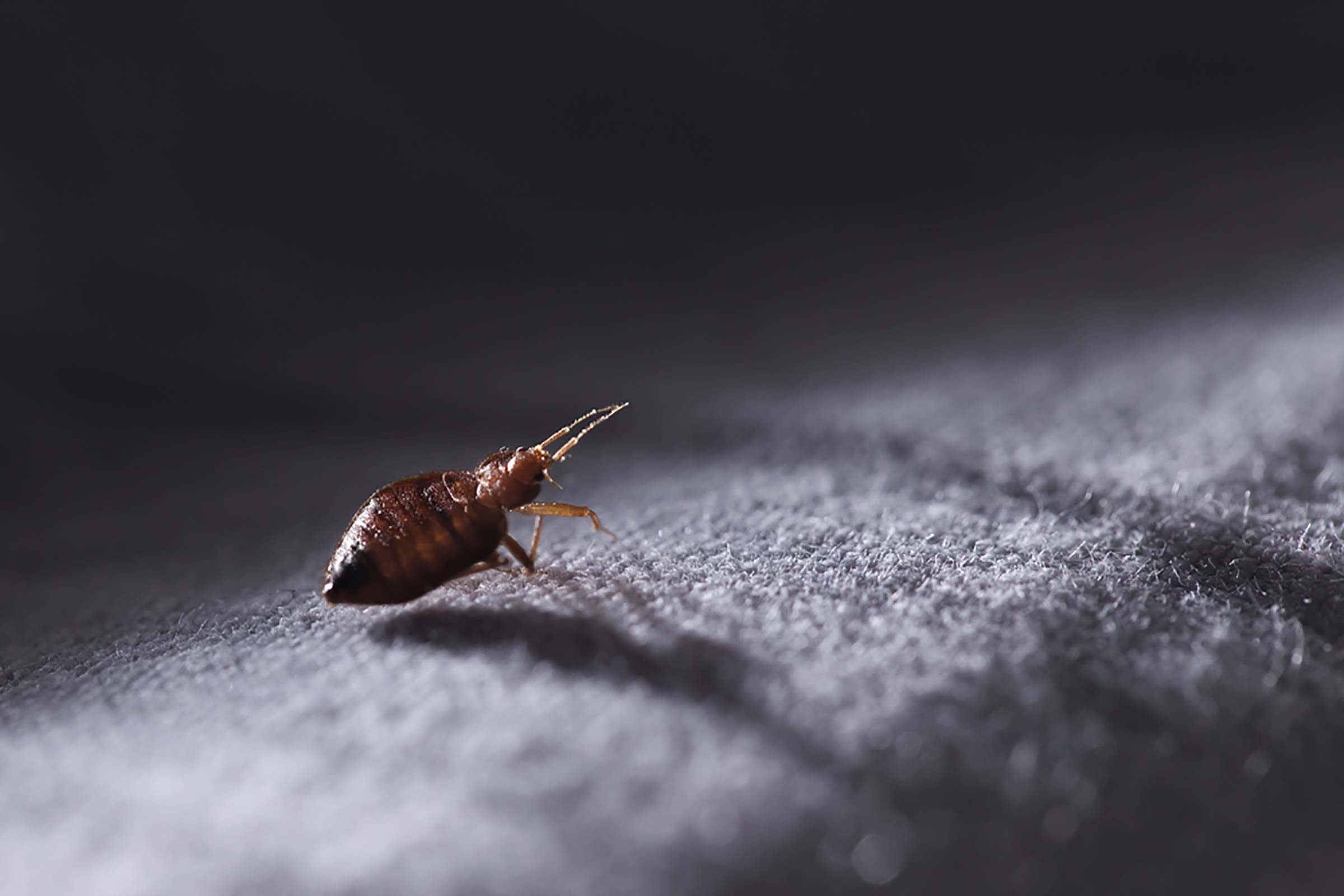 There have been bed bug sightings

If you weren’t aware that there was a “Bed Bug Report” available online, now you are—and you should never travel without consulting it again. On bedbugreports.com, you can type in the name of your hotel and find its specific location to see if any guests reported bed bugs while staying there. If there have been sightings, especially in the past couple of years, you’ll definitely want to look elsewhere. Here’s why you should think twice before sitting in a hotel chair. 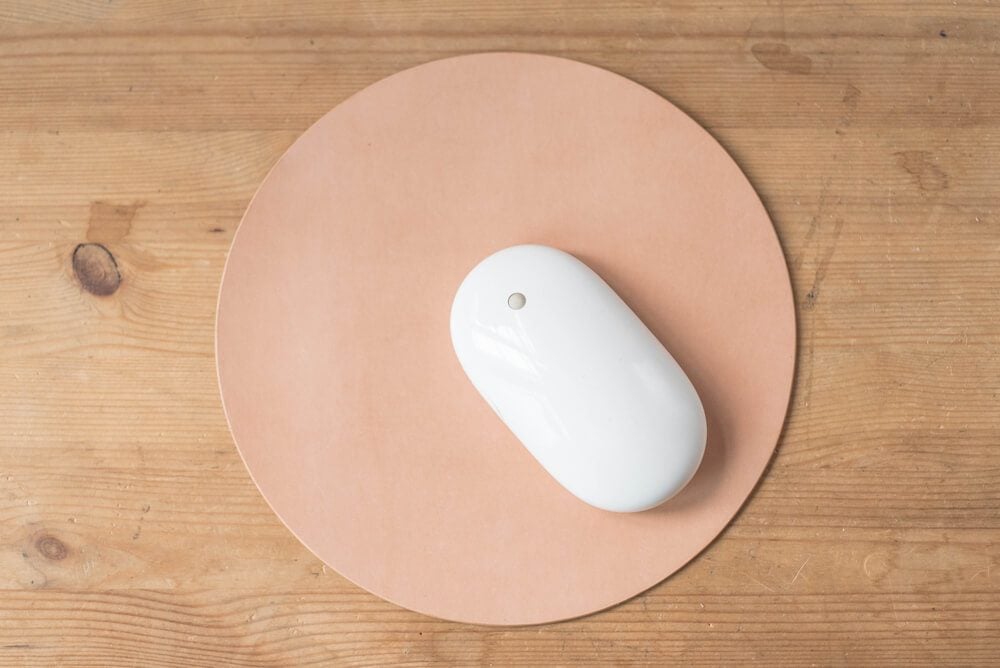 The site fires back at negative reviews

Don’t let a couple of negative reviews completely turn you off of a hotel. “There will always be complaints or misunderstandings so that in itself isn’t a reason to think that the hotel is necessarily bad,” advises Jurga Rubinovaite, travel blogger and author of Full Suitcase. What is a bigger cause for concern, though, is an immature reaction to a negative review. “Negative reviews can and will happen even at the most…professional and reputable hotels around the world,” Semenova says. “It is the way in which management handles these reviews, both online and off-line, that speaks to their integrity.”

For instance, Rubinovaite says you’ll want to take note “if they don’t show concern about what happened or if their responses are rude.” Instead, they will ideally respond by offering a sincere apology and a solution to the problem—this is a strong reflection on how they will treat customers in person, according to Semenova. “Management that responds negatively to their negative reviews generally provides poor customer service to all their clients,” she told RD.com. Make sure you’re being a good hotel guest as well—avoid these questions you should never, ever ask the hotel staff. 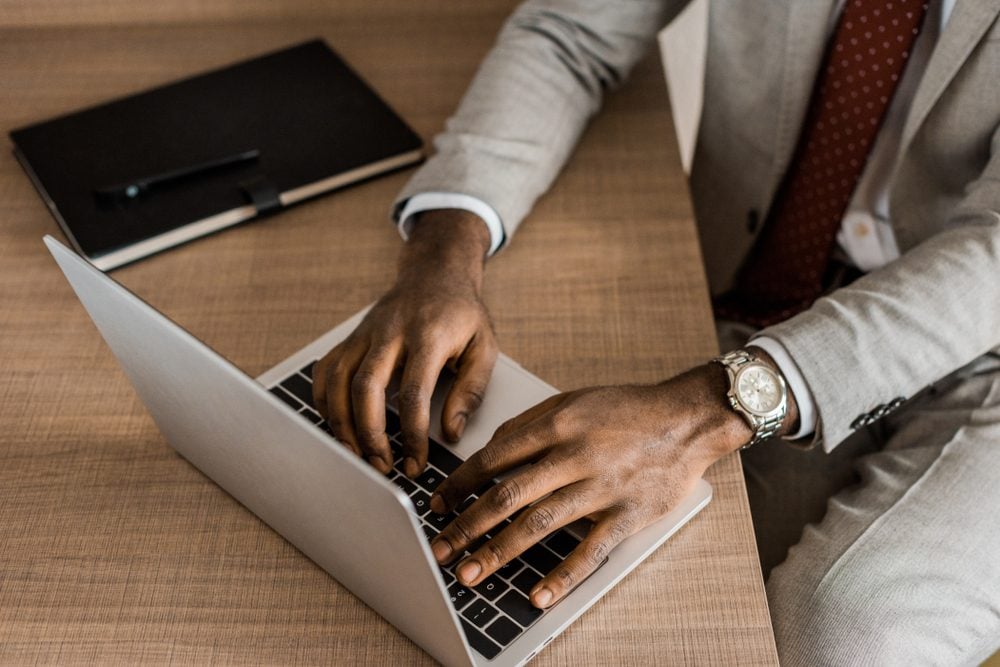 All of the good reviews are old

Pay attention to the positive reviews in addition to the negative ones—even the most glowing reviews can’t be taken at face value. “The date of a review is just as important as the review itself,” Brooklyn advises. “A hotel may have stellar reviews, but if they’re all over six months old, something dramatic may have changed since then.” And the opposite goes for bad reviews—watch for a sudden surge of recent ones. “If there was an issue five years ago and recent reviews are OK, then there is nothing to worry about,” says Rubinovaite. “However, if you find several people complaining about the same problem over…the last few months, then it’s definitely a red flag that indicates that the hotel doesn’t care to improve their customer experience.” Find out the hotel chains that have the worst reputations in the industry. 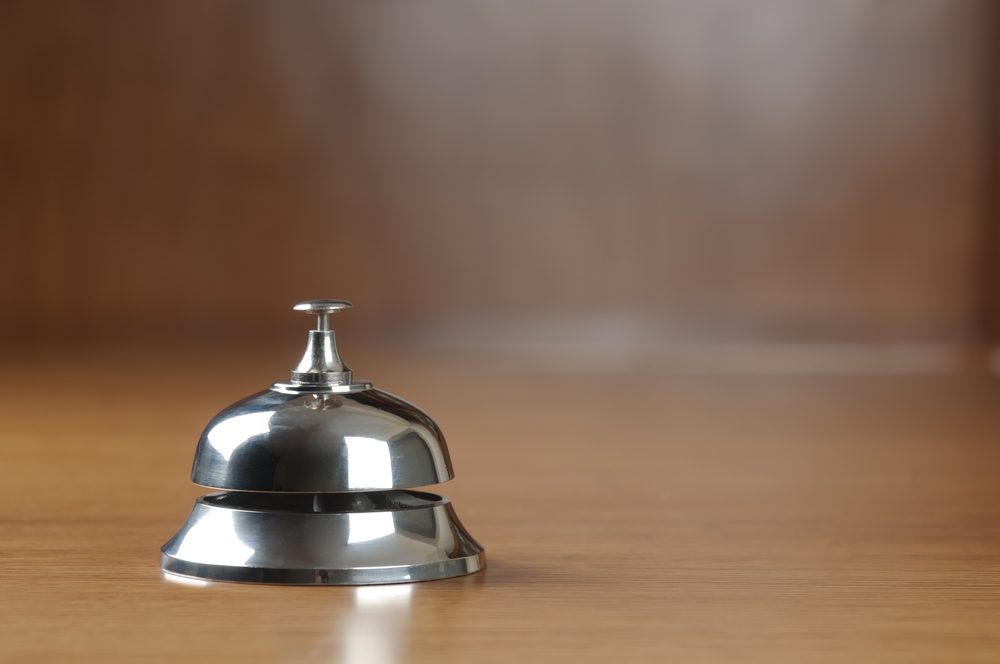 Even if your hotel meets all of your preliminary standards, it’s still unfortunately not a guarantee that it’ll be the perfect home away from home. Some other warning signs are only apparent once you’ve walked through the door. While most hotels do take safety seriously, the sad truth is that there are always bad eggs. For instance, keep an eye on the reception desk. “Unattended after-hours reception areas with main doors unlocked”—even if it’s located in a safer-seeming area—are a big red flag, says Sheryl Hill, Executive Director of the travel safety organization Depart Smart. Another red flag? Look for the keyless security latch or chain on the inside of the door. If there’s none there, or if it’s broken, that’s a good sign that safety may not be as much of a priority as you’d like it to be. 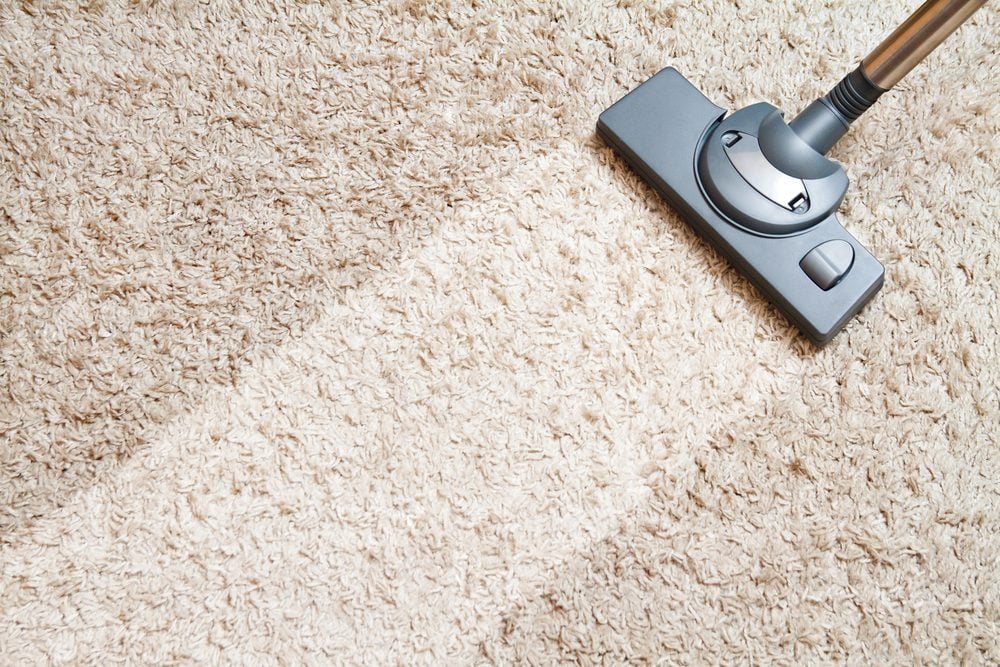 Of course, anything that’s conspicuously unclean is cause for concern once you’ve stepped into your chosen lodging. But, while you’ll probably make sure to check the beds and the bathrooms for any ickiness, you might not pay too much attention to what’s beneath your feet. But you should: Hill cautions that “nasty carpets usually mean nasty sheets and towels and coffee cups.” She reminds RD, though, that the age of the carpets doesn’t have anything to do with this. An older carpet can still be clean if it’s well-maintained. You should also be on the lookout for small patches of carpet that don’t quite match the whole thing. That’s a sign that staff hastily removed and switched out a stained or damaged patch, rather than replacing the whole carpet or doing a more thorough cleaning. Beware of the other dirtiest spots in hotel rooms, too.

The signs aren’t in good condition

Julie McCool, a travel blogger in Fairfax, Virginia, suggests that travelers pay attention to the literal signs. Are they in good condition, or are they in disrepair? “If the hotel won’t maintain the first branding you see, they may be ignoring maintenance issues throughout the property,” she told RD.com. McCool also warns to keep an eye out for hastily made or less-than-presentable signs hung around the property, especially if they’re there to police guests’ behavior. “Lots of handmade signs scolding visitors from various infractions is a red flag,” she says. “The property may be poorly managed, or the clientele may be problematic.” While you’re away on vacation and close to home alike, make sure you also know the signs you’re about to eat at a bad restaurant.

Obviously, bad service at a hotel is what all of these other bad hotel signs are trying to save you from, but that doesn’t mean you still can’t catch it early. Pay attention to how the staff treats you right when you walk in; nine times out of ten, that’ll be an excellent indicator for the rest of your stay. “It is very important that the front-of-house staff be present, helpful, and friendly,” says Kelly. This goes for everything from tiny, unassuming motels to palatial resorts. “If there is nobody to greet you or help with luggage when you arrive; if the valets are on their phones [or otherwise] ignoring you; or if the front desk staff is nowhere to be found, these are all signs of an inattentive staff that may not be able to meet your needs during your stay,” Kelly adds. This may be because they’re “understaffed, have disciplinary issues, or don’t pay or train their staff well.” Or it may just simply be rudeness. Either way, it’s not great news for the hotel guests. Next, don’t become part of the problem by avoiding these things you should never, ever do in a hotel room.