Living like a queen (or king!) doesn’t require the paycheck of one. 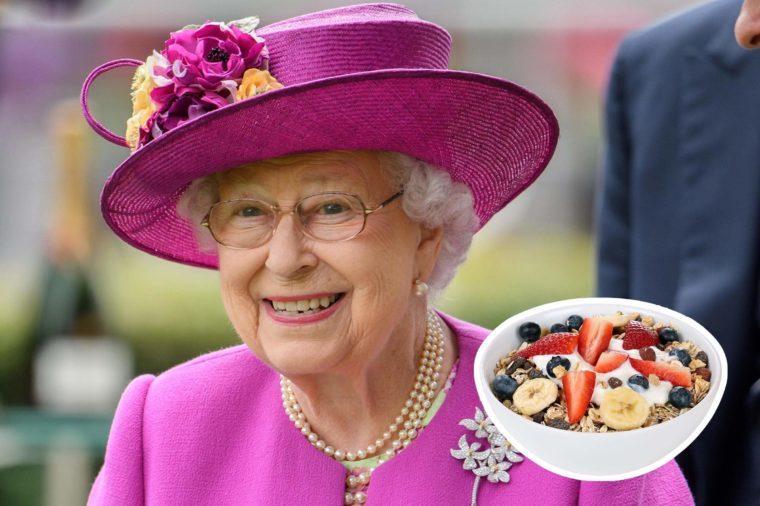 When you imagine a royal breakfast, you probably picture an impressive spread of poached eggs, smoked salmon, exotic fruits, and endless pastries. Well, Queen Elizabeth knows what she likes, and it’s quite the frugal choice. She pours herself a bowl of a simple cereal like cornflakes or Special K—kept fresh in a plastic container instead of the box—to eat with fruit. Learn more about what Queen Elizabeth eats for breakfast. 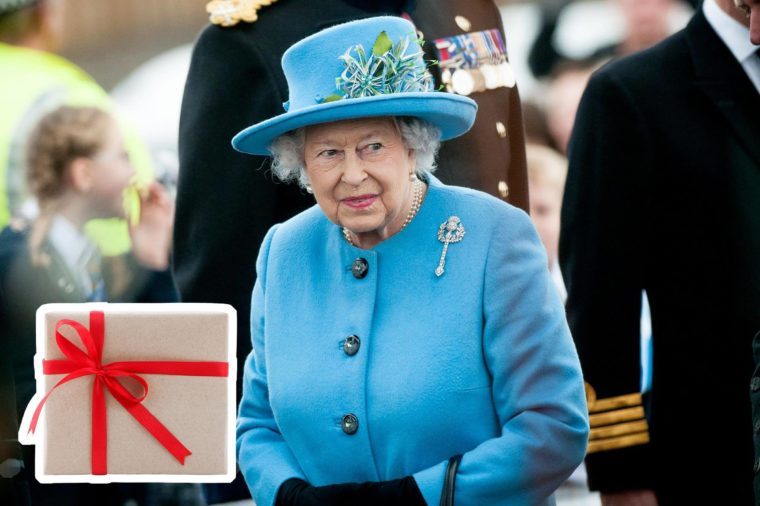 Biographer Kate Williams reveals that Queen Elizabeth doesn’t let used wrapping paper go to waste. Since she was young, Her Majesty has been saving gift-wrap and ribbons from the trash, then smoothing them out so they can be reused. That might not happen on one major holiday, though—find out why the royal family doesn’t open presents on Christmas. 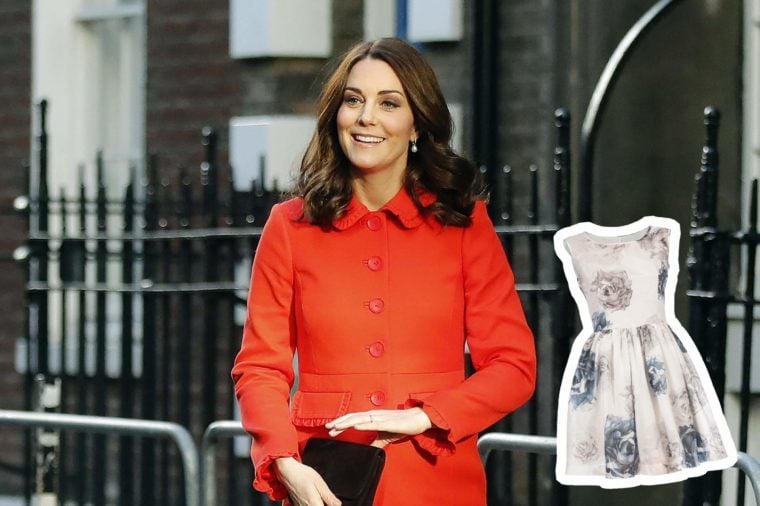 Most people don’t think twice about outfit repeating, but the royal family is well aware that people are looking at—and remembering—everything they wear. Other celebrities might wear an outfit in public once before rejecting it, but the royal family turns its nose at that wastefulness. Kate Middleton and Queen Elizabeth have both been known to wear the same outfit for more than one official engagement. (This is how to steal Kate Middleton’s clever trick for repeating outfits.) Neither of them comes close to Princess Anne, who has kept favorite outfits on her rotation for as long as 35 years. 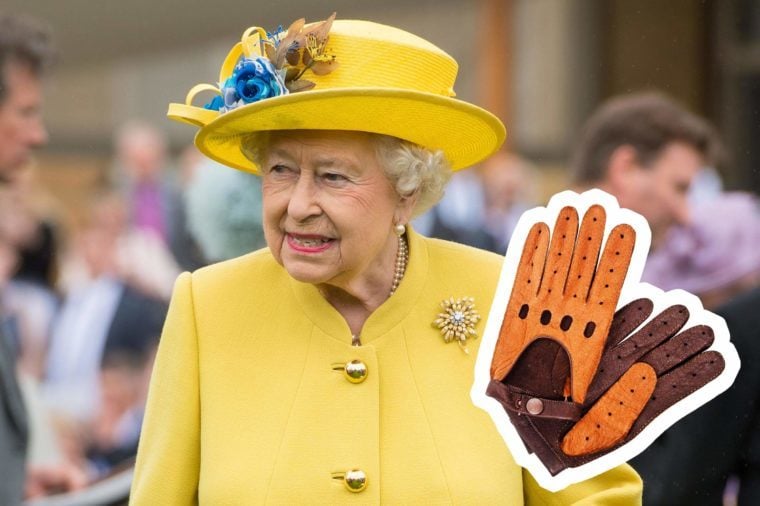 Repairing instead of replacing

With as much money as Queen Elizabeth has (find out how much everyone in the royal family is worth), you’d think a simple pair of worn-out gloves would be tossed in the trash. But Her Majesty is against that kind of waste, washing and mending her gloves instead of ordering new ones. In fact, she still has pairs from 40 years ago. Learn more secrets from Queen Elizabeth’s glove maker. 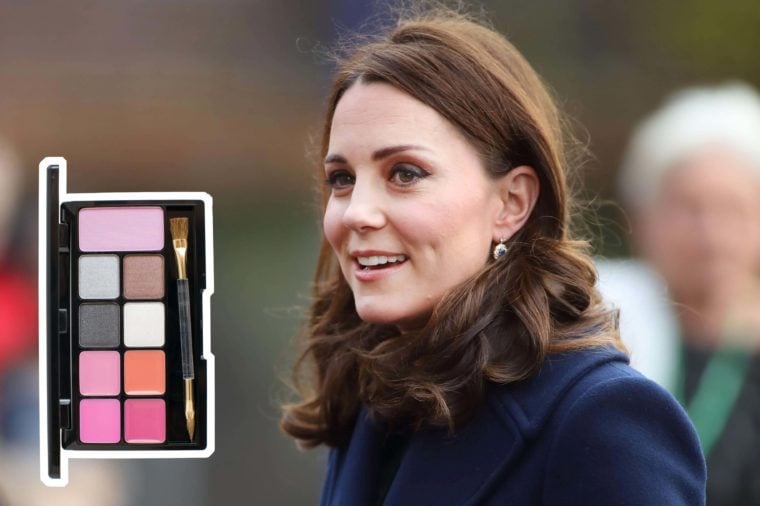 With the world watching Kate Middleton’s 2011 marriage to Prince William, you’d think she would hire professionals to make her makeup TV-ready. Nope. The now-Duchess of Cambridge passed on the pro help, and applied her makeup by herself, according to People. She did take a few private lessons from a makeup artist before the big day, though. Find out which fragrances the Duchess of Cambridge, Princess Diana, and Queen Elizabeth wore for their weddings. 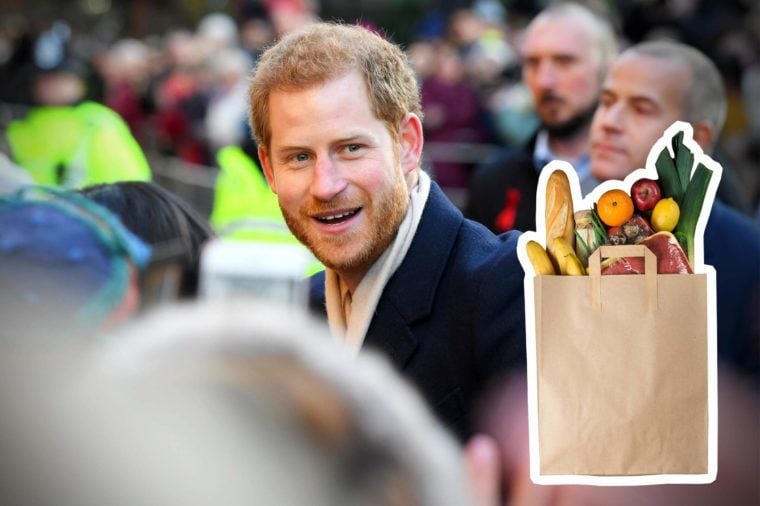 Live-in chefs aren’t the norm for every royal. Kate Middleton reportedly does most of the cooking for her family, including making Prince William’s favorite dinner: roast chicken. Prince Harry has also been spotted doing his own grocery shopping. Wonder what might be in their shopping carts? Check out these bizarre eating habits of the royal family. 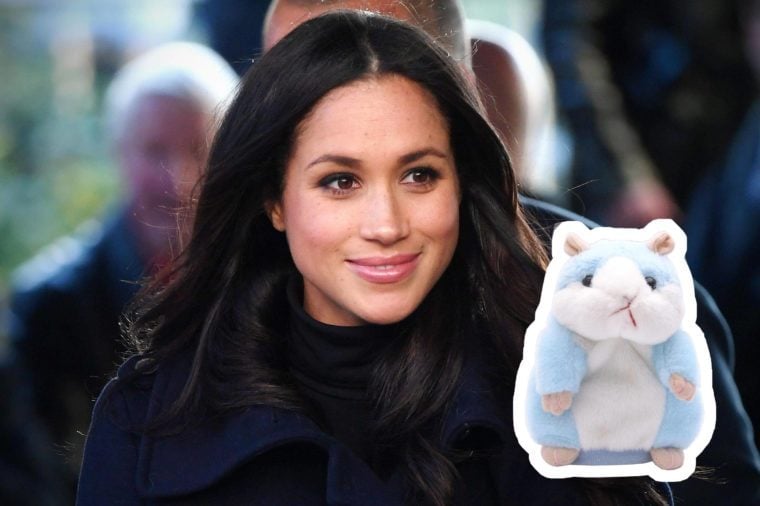 To the family who has everything, gifts aren’t about trying to outdo each other, so they give joke gifts instead. This year, Meghan Markle reportedly gave Queen Elizabeth a singing hamster that made her future grandmother-in-law laugh out loud. Don’t miss these other 10 sweet holiday traditions from the royal family. 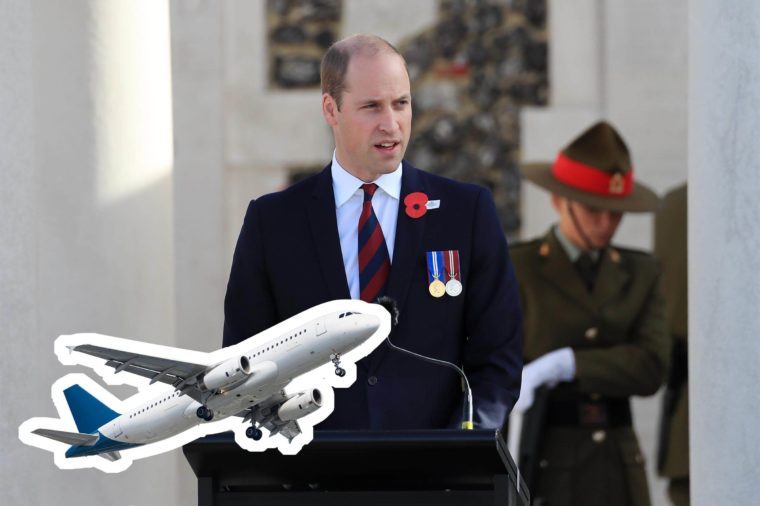 While Queen Elizabeth won’t take commercial flights, her grandchildren have been spotted on them. Prince William was spotted flying coach on an American Airlines flight from Memphis to Dallas in 2014, and Prince Harry and Meghan Markle traveled economy on British Airways to ring in the 2018 New Year in Nice. Find out what royal rule William and Kate always break while traveling. 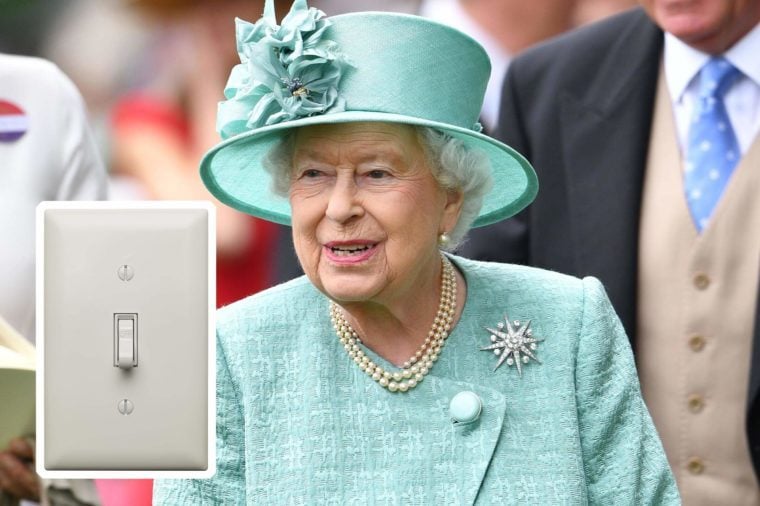 With an estimated 40,000 lights in Buckingham Palace, electricity bills add up fast. That’s why in 2011, Queen Elizabeth posted signs around the building, ordering palace staff to turn lights off when they aren’t using them, according to Financial Times. Her Majesty was so serious about the initiative that she would walk through palace halls switching off lights, an employee revealed at the time. Learn why Prince George and Princess Charlotte will probably never live in Buckingham Palace. 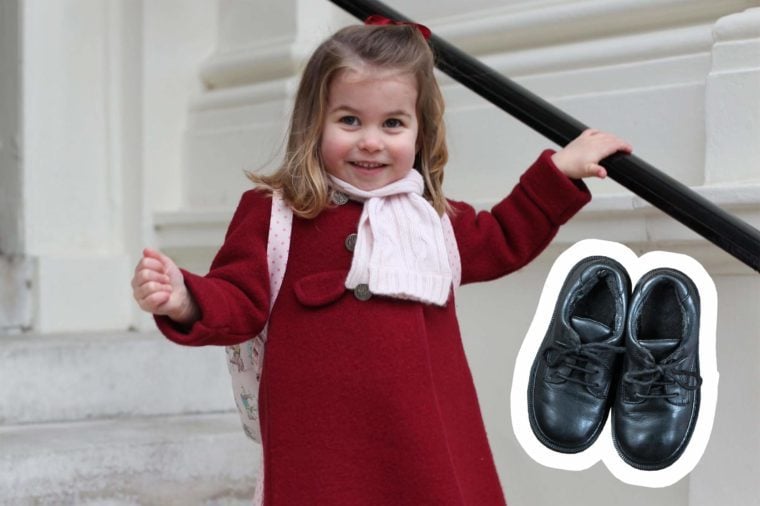 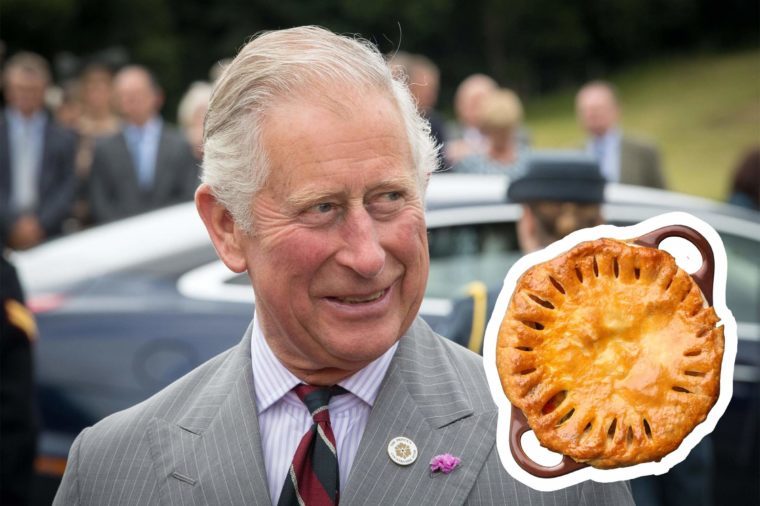 Making use of leftovers

Some rich families might toss any uneaten foods, but not the royals. Chef Carolyn Robb, who worked for Prince Charles and Princess Diana from 1989 to 2000, tells racked.com that the family didn’t put food to waste. Charles would request only being served as much as he could eat, and any leftovers would be incorporated into the next meal. Roast lamb, for instance, could be mixed into Shepard’s pie. One thing you’ll never see in Buckingham Palace, though, is these foods Queen Elizabeth will never eat–sometimes the Windsors are known for their brutal honesty. 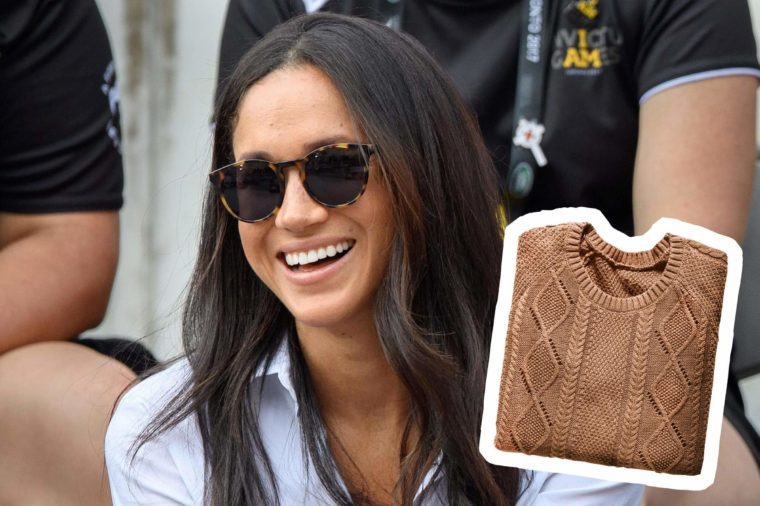 While Kate Middleton and Meghan Markle are no strangers to designer couture, they also know how to look chic on a budget. Royal watchers have spotted Kate wearing Gap and Zara pieces, while Meghan is reportedly a fan of Everlane and J.Crew. It’s no wonder their fashion choices tend to sell out so quickly. Don’t miss these 18 times Kate Middleton and Princess Diana were style twins. 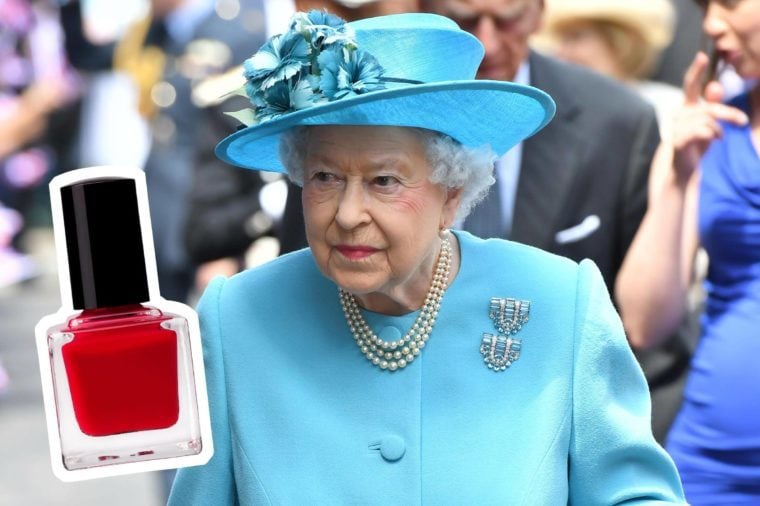 Queen Elizabeth doesn’t reach for Dior nail polish when she wants a manicure. Instead, her nail color of choice is a drugstore brand that rings up at a cool $9 a bottle. Learn the exact color and brand of nail polish Queen Elizabeth always wears. 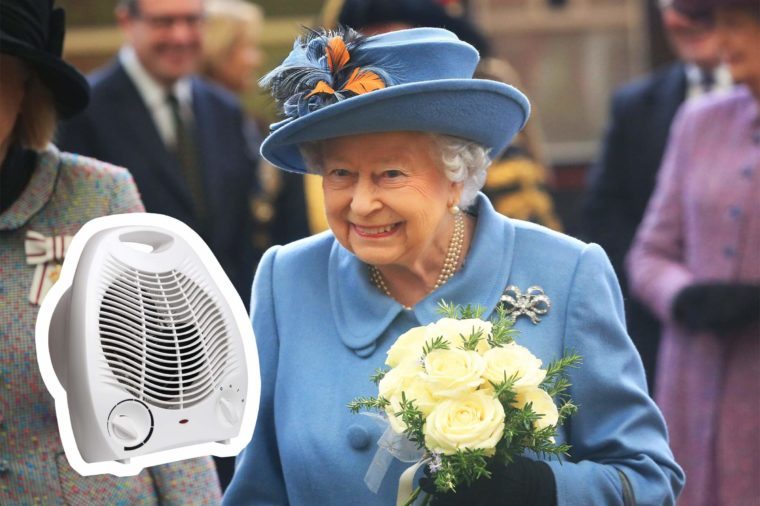 While the royal family could probably afford central heating to keep all 775 rooms in Buckingham Palace warm, the Queen chooses to use space heaters (at least in certain rooms) instead. Perceptive royal watchers have noticed space heaters nestled in fireplaces in Buckingham and Balmoral Castle. With the units costing just £20 to £30 ($27 to $40) each, you can bet Her Majesty is saving a bundle—which must be a relief, given how much she pays in property taxes every year. 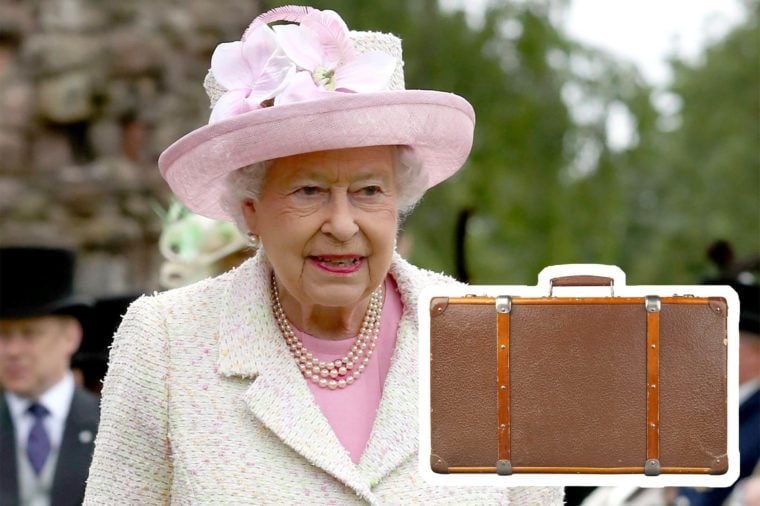 Keeping items as long as possible

You might expect a frequent flier like Queen Elizabeth to invest in new luggage every trip—or at least, maybe once a decade. Once Her Majesty finds something she likes, though, she isn’t likely to let it go. The Queen apparently still uses the same Globe-Trotter suitcases that she bought for her honeymoon in 1947, according to the company’s website. Don’t miss these other fascinating facts and scandals about Queen Elizabeth.