When was Christmas illegal in America? Which state did Congress forget to officially add to the Union for 150 years? Plus, more fun USA trivia that you didn't learn in school.

The first U.S. city to host the Olympics

The United States didn’t host the Olympic Games until the Summer Games in 1904. The city to receive the honor was St. Louis, Missouri. St. Louis holds an even more significant Olympic distinction: it was the first non-European city to host the Games. Since then, Lake Placid, New York; Los Angeles and Squaw Valley, California; Atlanta, Georgia; and Salt Lake City, Utah have all hosted the Olympics. Check out these other little-known facts about America.

The oldest city in the United States

Nope, America’s oldest city is not a city from the original 13 colonies. It’s not Boston, Philadelphia, or even Jamestown, Virginia. The oldest city in the United States is Saint Augustine, Florida. The Spanish explorer Pedro Menéndez de Avilés established a settlement there in 1565. de Avilés reached shore on August 28, the feast day of St. Augustine, and decided to name the city accordingly.  To be fair, though, it was controlled by the Spanish, and then the British, and then the Spanish again, before it was technically American. The United States acquired the region by treaty in 1821. Find out how every state got its nickname.

The first capital of the United States

Washington, D.C. didn’t become the nation’s capital until 1790. The first city to hold the title was Philadelphia, Pennsylvania, when the First Continental Congress met there in 1774. In the 16 years between then and 1790, a total of seven—yes, seven—other cities held the title. Some, like Baltimore, Maryland, and Lancaster, Pennsylvania, only held the title very briefly as the Continental Congress moved around to avoid the British. New York was the last pre-D.C. city to hold the title. Congress met there for about four years, and George Washington himself was inaugurated as president there. Which is ironic, considering that he’s the president Washington, D.C. is named after. Check out the full list of capital cities on Mental Floss, and learn 18 more things you never knew about our nation’s capital.

The first president born in a hospital

Jimmy Carter, our 39th president, was the first to be born in a hospital. He was born in 1924. Not all of Carter’s successors were born in hospitals; post-Carter presidents Reagan and H. W. Bush were not. Meanwhile, seven previous presidents, including Andrew Jackson and Abraham Lincoln, were born in log cabins, meaning more U.S. presidents have been born in log cabins than hospitals. Do you consider yourself a history buff? Think again. These Jeopardy questions will confound you.

The number of U.S. presidents who were only children

Zero! Every single U.S. president has had, at the very least, a half-sibling. The four U.S. presidents who had half-siblings, not full siblings, were Franklin Roosevelt, Gerald Ford, Bill Clinton, and Barack Obama. The president with the most siblings was James Buchanan, the 15th president, who had six sisters and four brothers. These “facts” that you’ve always believed about the presidents are actually false.

The only U.S. president to never marry

James Buchanan, the 15th president, remained unmarried not only throughout his entire presidency but also throughout his entire life, the only U.S. president to do either of those things. His niece, Harriet Lane Johnston, served as his first lady. Buchanan was not the only bachelor elected to office, however. Grover Cleveland, the 22nd president, was unmarried when he was elected, but he got married while in office. Before then, his first lady was his sister. Here are some more facts you never knew about America’s first ladies. 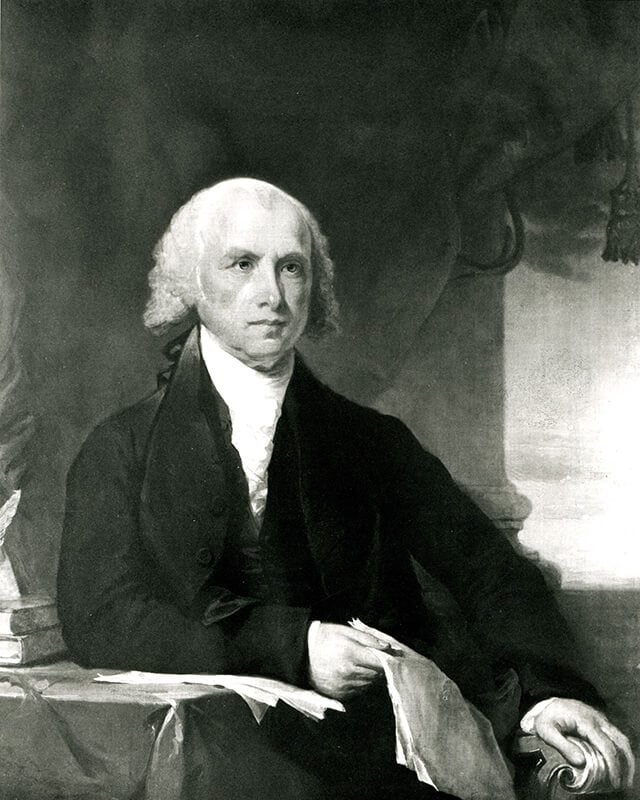 The first president to declare war

Our fourth president, James Madison, became the first U.S. president to declare war in 1812. He signed a declaration of war on June 18 of that year, officially beginning the War of 1812 against the British. It would be more than 30 years until the next official declaration of war: 1846, when James K. Polk began the Mexican-American War. We bet you never knew about these surprising hidden talents of U.S. presidents.

Which of the Founding Fathers was responsible for the most famous tea-dumping in history? Well, the tea-tossing was initiated by the anti-taxation group the Sons of Liberty. But according to History.com, Samuel Adams led the charge. So, yes, the man who started the Boston Tea Party is now the mascot for a brand of beer. Can you guess which founding father has the most valuable signature on the Declaration of Independence?

Enacted in 1906, the American Antiquities Act established the protection of “natural and cultural resources” in the United States, paving the way for national monuments and parks. President Theodore Roosevelt wasted no time and proclaimed four national monuments in that same year. The first of those was Devils Tower in Wyoming. This massive column of igneous rock attracts hundreds of thousands of visitors per year.

The first official national park, meanwhile, is Yellowstone in Wyoming, established by President Grant in 1872. The difference between a national monument and a national park, by the way, is that parks are set aside by Congress for their scenic or natural significance, while monuments can have historic or scientific significance of any kind and are created via executive order. Buildings and ruins, for instance, can be monuments, not parks. Check out these incredible photos of America’s national parks.

How Mount Rushmore got its name

This most famous of American landmarks didn’t get its name from the mountain it’s built on. Nor is it named after the man who sculpted it (“Mount Borglum” doesn’t have the best ring to it, no offense) or any of the people depicted on it. Its namesake? A New York lawyer. In 1884, an attorney named Charles Edward Rushmore visited the Black Hills area to verify some legal titles. According to the National Parks site, Rushmore asked a local guide what the name of the mountain was. The guide replied, “We will name it now, and name it Rushmore.” And somehow, that name stuck. What seems like an off-hand comment to please an out-of-towner ended up giving the monument its permanent name. See what 10 famous landmarks looked like 100 years ago.

Other countries that don’t use the metric system

Despite what you might believe, the USA is not the only country that doesn’t use the metric system. There are three: America, Myanmar, and Liberia. Liberia, located in western Africa, commonly uses United States customary units. Myanmar (formerly Burma), located in southeast Asia, uses the traditional system of Burmese measurements. However, Myanmar has been in the process of moving to the metric system since 2013. The United States? Not so much. Interested in other fun facts? Check out these trivia questions only geniuses will get right. 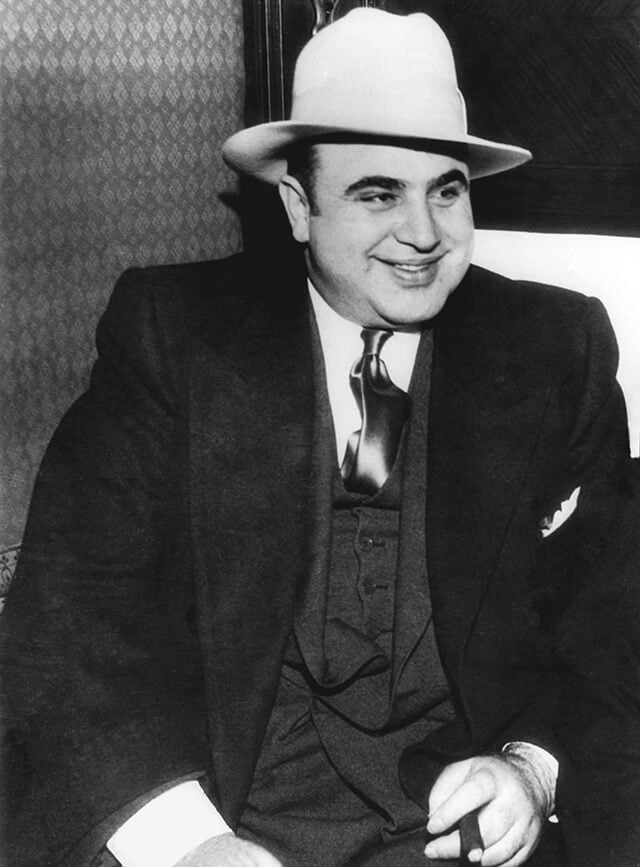 Al Capone, one of the most famous American criminals of all time, spent most of the 1920s smuggling illegal alcohol and murdering his enemies. But the crime that finally got him caught and sent to prison in 1931 was… tax evasion. When a 1927 Supreme Court ruling declared that bootleggers had to pay income tax, Capone’s downfall began. At first, he pled guilty, thinking he would only receive a short sentence. When the judge told him that wasn’t true, he agreed to go to trial. He was sentenced to 11 years in federal prison.

Thirty-six different people tried to escape from Alcatraz during its 29-year time as a federal prison. Most of them either died during the attempt or were caught. But in 1962, three criminals vanished from the prison. They made a raft out of stolen raincoats, left dummy heads in their beds Ferris Bueller-style, and escaped by climbing through a ventilator (according to the FBI investigation). While pieces of their raft were found, the three men themselves were not. The FBI turned the case over to the U.S. Marshals Service in 1979. The Marshals Service is technically still on the case, though its all but certain that the men are no longer still alive (even if they did survive their escape). These are the most notorious criminals in every state. 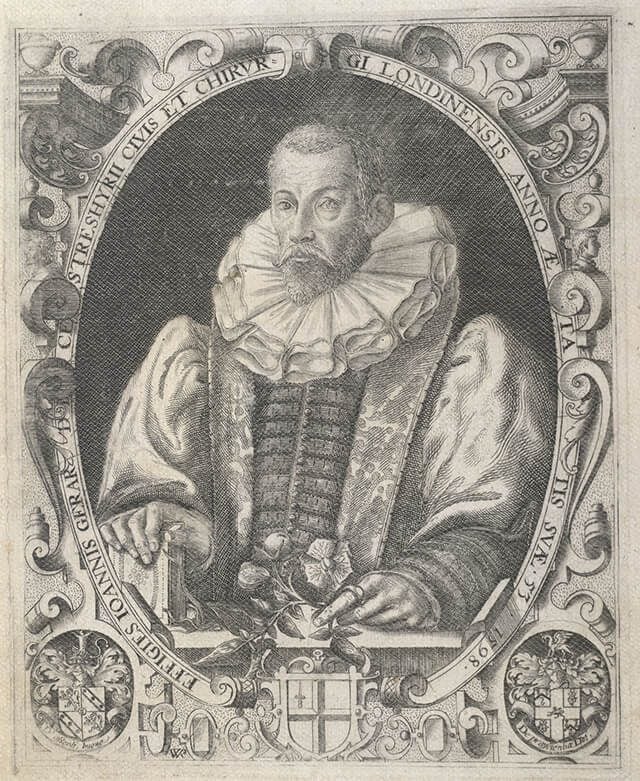 The trial of the tomato

Though the many health benefits of tomatoes are widely known today, a mere two hundred years ago, there was a widespread belief that they were poisonous. Though they were wildly popular in Mexico and much of Europe, a tomato scare hit England (and subsequently its colonies) when a surgeon named John Gerard wrote a book called The Generall Historie of Plantes in 1597. In the book, he claimed that tomatoes were deadly because they contained a chemical called tomatine (which is true, but it’s not nearly enough to make them poisonous). Thanks to Gerard’s mostly bogus book, much of England and the USA remained tomato-shy for the next 200 years. Finally, in 1820, a man named Robert Johnson staged a “tomato trial” on the steps of a New Jersey courthouse. He ate a full basket of tomatoes and did not die. 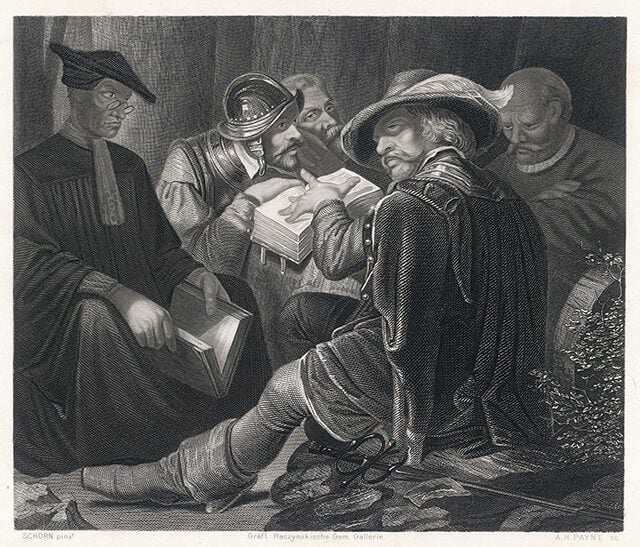 Because of Christmas’s roots as an ancient pagan holiday, the early American Puritans didn’t originally take too kindly to it. They believed that religion should be very solemn, so the carol-singing, booze-drinking Christmas celebrations didn’t sit well with them. The Parliament of England, largely composed of Puritans, made the holiday illegal in the 1600s, and the North American Puritans in New England followed suit. The law stuck as the New England colonies evolved into the United States. The first state to actively legalize Christmas was Alabama, and it wasn’t until 1836! Christmas became a federal holiday in 1870, but it was still illegal in some states. It wasn’t until 1907 that Christmas was legal the United States over (looking at you, Oklahoma). These are the dumbest laws in America.

Ohio was the 17th state added to the United States… or was it? Though Congress approved Ohio’s request for statehood in 1803, they forgot to officially ratify the state constitution. It wasn’t until 150 years later that Ohio representative George H. Bender made a move to make his state “official.” Congress voted to retroactively ratify the state constitution so that its official date of statehood remained March 1, 1803. But if you want to consider 1953 its year of admission, that would make it the 48th state.

The biggest and smallest states

The largest state in America, Alaska, is 429 times the size of the smallest state, Rhode Island, in terms of area. Even more impressive, its coastline is longer than the coastlines of all 49 other states combined. However, Rhode Island has the larger population of the two—by more than 300,000 more people. Rhode Island is also the state with the longest official name: “State of Rhode Island and Providence Plantations.” Next, here are 50 more facts you never knew about the 50 states.