How an Amazon Tribe Used Google to Save Their Land

Brazil's Surui tribe fought the loggers and developers threatening their lands for years, but nothing worked until they went high-tech.

If you zoom in on the Surui reserve via Google Earth, you will see a green oasis surrounded by devastation. Once, the Paiter-Surui tribe thrived in the heart of the Amazon rain forest in Brazil. But after the tribe’s first encounters with Westerners several decades ago, they were nearly wiped out; diseases brought by outsiders reduced the Surui’s numbers from 5,000 to about 250.

View images of the tribe.

Today, some 1,300 tribespeople live in 23 villages across 600,000 acres. Though they are as likely to wear T-shirts and jeans as feathered headdresses, the Surui are determined to preserve and protect the tribal culture of their Amazon enclave. They are under siege again, from illegal logging and deforestation, but this time it’s different. The Surui have put aside their bows and arrows and taken up a new weapon: the Internet.

Much of the credit for the tribe’s Web savvy goes to the leader of the Surui, Chief Almir Narayamoga. “We decided to use computers and technology to bring attention to our situation,” says Narayamoga, 36. The first in his tribe to attend college, Chief Narayamoga learned how to use computers at the Federal University of Goiás in Goiânia, a city of 1.2 million. In 2007, he fled the Surui homeland after his fight against logging reportedly led renegade loggers to place a $100,000 bounty on his head. (Since 1998, 11 murders of Amazon tribal leaders have been attributed to loggers.) That same year, sponsored by the Amazon Conservation Team (ACT), he traveled to the United States and paid a visit to Google headquarters in California. He came armed with a big idea.

The chief asked about the possibility of charting the Surui territory using Google Earth software, annotating the reserve with tags and photos marking villages, hunting grounds, and sacred sites, along with areas targeted by logging and mining companies. An online tour of the reserve, he believed, would help protect the Surui by showing the world the effects of deforestation and the attacks on tribal land. It would also inform the government about illegal operations. This way, Narayamoga hoped to raise funds to restore the rain forest by planting one million trees. “Training and education is now our kind of war,” he says. “We know we have to adapt.”

Narayamoga’s visit to Google was deemed a great success. The multinational Internet search corporation sent teams to the Amazon to train the Surui in using computers, cameras, and smart phones to photograph logging sites, which could be pinpointed using GPS technology and then uploaded to Google Earth. The Surui have now mapped the entire reserve and recorded the biodiversity and the density of the rain forest within it.

Kate Hurowitz, a Google executive who traveled to the Amazon to work with the tribe, was impressed. “Chief Narayamoga is a true leader,” she says. “He really thinks beyond the local to the global.” Four years into their high-tech foray, the Surui maintain the website paiter.org, with blogs, videos, and photographs for their supporters around the world. Many of the videos and maps use English subtitles; the Surui have a tribal language, Paiter-Surui, but use Portuguese, the language of Brazil, online.

There is no phone service or wireless connection on the reserve, so the tribespeople drive for close to two hours down dirt roads to Cacoal, the nearest town with a Wi-Fi connection.

While their location mapping is supported by donations from ACT and other groups today, Narayamoga hopes the tribe will become financially independent within ten years, with coffee production and ecotourism the two likeliest revenue sources. “The great thing about the Surui is that they try to find their own solutions to the problems they face,” says Vasco van Roosmalen, head of ACT in Brazil. “If you look at the arc of destruction of the Amazonian rain forest, the areas that still have forest are indigenous lands. The [tribe is] absolutely crucial to holding back deforestation.

The Surui’s bigger plan is above and beyond fighting deforestation and illegal logging. With their tree-planting efforts under way, the tribe will make a formal request to join a UN-sponsored carbon-trading program under which they would, in essence, be paid by the industrialized world to preserve the rain forest.

The Surui call Google ragogmakan, meaning “messenger,” because trading bows and arrows for laptops has both galvanized the tribe and helped to get their message out. “Two or three years ago, nobody believed that we’d get all the loggers out of our lands, but we did,” Narayamoga says. “It’s the start of change.” 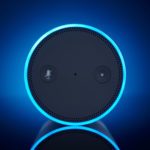 9 Things Amazon Echo Can Do That Google Home Can’t 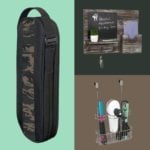