Now THIS is wedding goals.

To say Kate Middleton looked pretty on her 2011 wedding day to Prince William would be an understatement. One of the most-talked-about things of the day was the Duchess of Cambridge’s drop-dead gorgeous wedding dress.

It’s easy to see why there was so much buzz about the dress, custom-designed by Alexander McQueen’s creative director, Sarah Burton. With its lengthy train and sweet lace sleeves, the dress was fit for a princess. But she wore another wedding dress that day that escaped all the media attention.

For her reception, Kate wanted to slip into something a little more comfortable. But instead of going for a casual white dress, she went full-on wedding mode again—but with something a bit easier to move in. Here are some other tiny details you probably missed about Prince William and Kate’s wedding.

Kate’s second dress of the day was by the same designer as the first. After all, why mess with a good thing?

The satin gown Kate wore for the reception was much simpler but equally gorgeous, with a sweetheart necklace and a jeweled belt. The skirt was wide, but not nearly as long as her first train.

To keep warm in the 60-some-degree weather, Kate pulled on a furry shrug. On anyone else, it might have ruined the look, but the Duchess looked stunning as ever. Not that her wedding was the only time she was a fashion icon—learn the trick Kate Middleton uses when repeating outfits.

When Meghan Markle married Prince Harry in 2018, she continued the tradition of wearing a second wedding dress. Markle changed out of her elegant Givenchy dress by Clare Waight Keller into a slim gown by Stella McCartney. 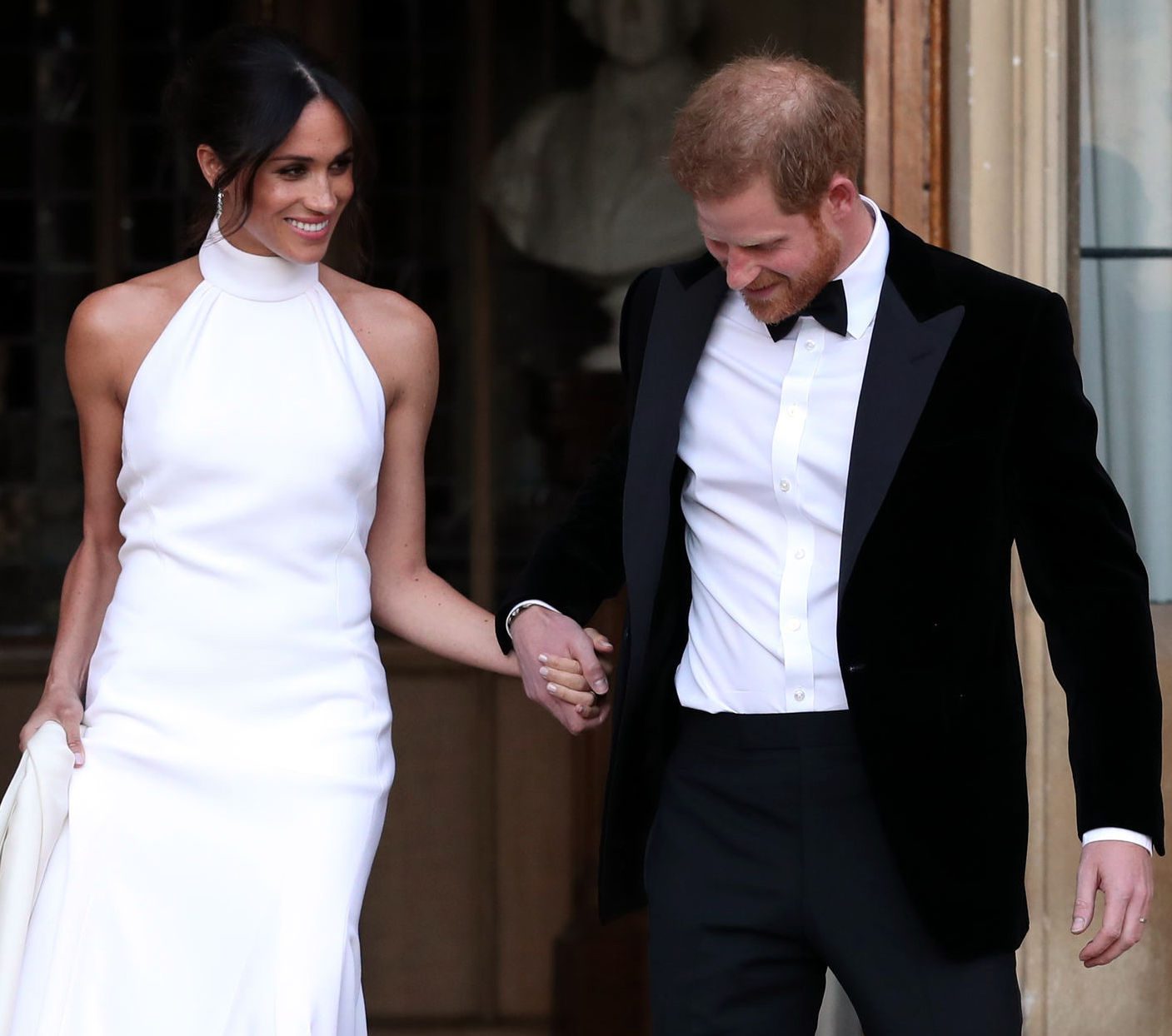 Unlike Kate, Markle chose to show off her shoulders, a nod to the fact that she’s not afraid to break some of the royal family’s fashion rules. Here are the other dress code rules that the royal family has to follow.