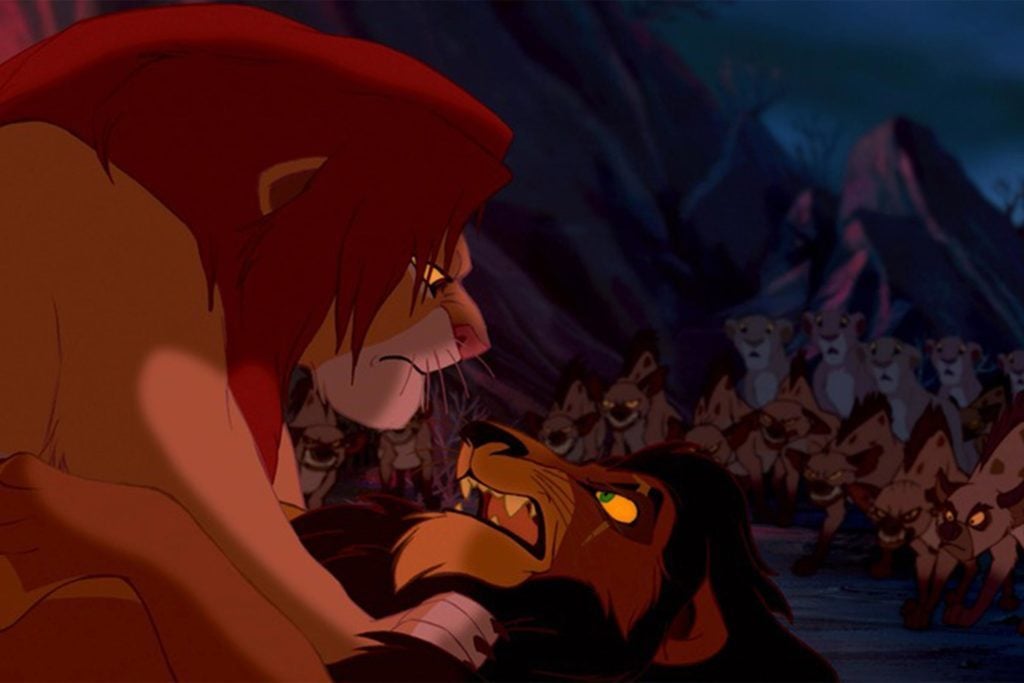 As we recently learned from Finding Nemo, cartoons about animals often hide surprising scientific facts about the animal kingdom. With the new Lion King live-action remake coming out in July 2019, we’ve learned the shocking truth behind one of the movie’s most central plot points.

You’ve probably noticed that Mufasa, king of the jungle at the beginning of the film, and Scar, the villain who kills Mufasa to take his power, don’t really look alike, despite being brothers. We always assumed that their different fur colors were just to give you a hint that one was good and one was evil. However, HelloGiggles recently revealed the truth about Scar and Mufasa, and it makes their contrasting appearances make a lot more sense. The two lions aren’t actually related.

HelloGiggles sat down with Rob Minkoff and Dan Hahn, The Lion King‘s director and producer respectively. Minkoff and Hahn told HelloGiggles that they knew this when making the film. They did their lion research, and discovered that lion “brothers” really don’t exist in the wild. Here are 15 more surprising facts about Disney’s most famous characters.

In the wild, lion packs don’t usually have more than one adult male, and females vastly outnumber males. When that adult male gets old, a “rogue” male lion from outside the pack will often kill him, and kill the new lion cubs, asserting himself as new ruler of the pack. Yikes. Basically, the animal kingdom is crazy (and often not Disney-friendly). It’s no wonder The Lion King producers decided to keep this horrific scene out of their film. Don’t miss these 3 other things that are never allowed in Disney movies.

Minkoff and Hahn admitted that this presented a problem for them at first. The other main inspiration (besides nature) for The Lion King was Shakespeare’s Hamlet, in which a jealous brother kills the king. So they did need another male lion to drive the story. Take a look at these iconic characters that were inspired by real-life people.

However, occasionally there are two male lions in the same pack, but this doesn’t make for a very nice dynamic. Because they don’t have the same parents, the lions aren’t “equals.” Hahn even says that “one lion will always kind of be off in the shadows.” Scar is this lion—in fact, he’s literally in the shadows for much of the movie. Though he and Mufasa are metaphorical “brothers” because they’re in the same pride, Scar does acknowledge his lesser status when he says, “I’m from the shallow end of the gene pool.” Because he knows he’s a bit of an outsider, he “goes rogue” like real lions do, plotting to kill his kingly rival and the cub that stands in his way. So yes, Scar’s murderous tendencies were actually inspired by normal lion behavior. Comforting, eh? If you got this Lion King tidbit wrong, take this quiz to see how well you know these other Disney movies.

20 Weird and Amazing Things That Only Happen in the Summer