How Pink and Blue Became the “Girl” and “Boy” Baby Colors 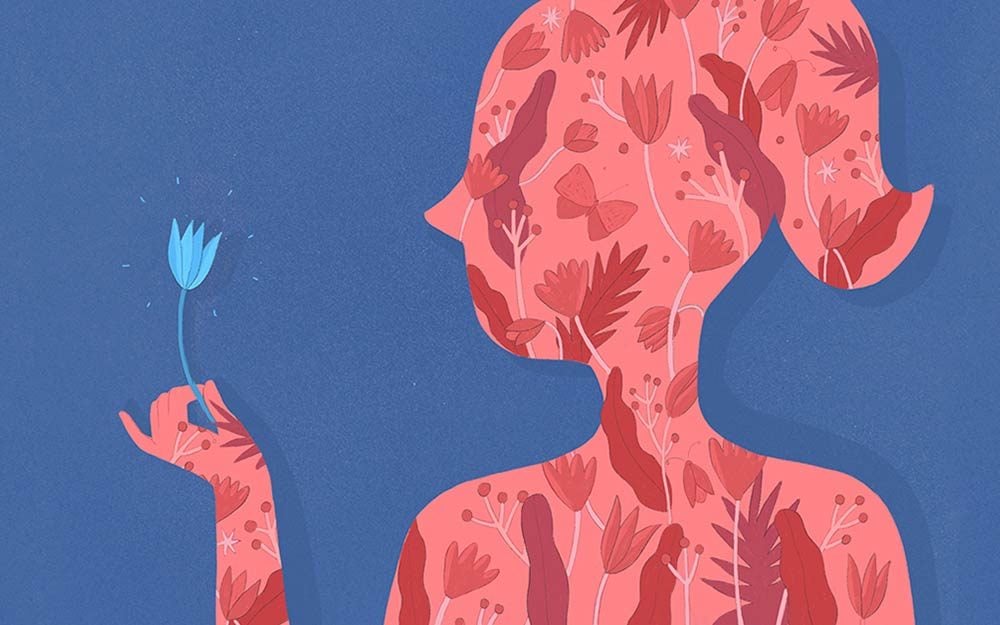 Pink was once considered to be for boys (seriously)!

We’re living in fluid times in terms of gender designations for babies. On the one hand, 2017 saw the first-ever birth of a baby to be recorded without an official gender designation. Searyl Atli Doty, born in Canada in November 2016, was declared “U” (for “unknown” or “unspecified”), rather than “male” or “female” at the behest of its mother, Kori Doty. But then, on the other hand, people are still throwing decidedly binary “gender reveal parties” so over-the-top that they start raging fires.

According to Riki Wilchins, an expert on gender and author of five books on the topic including Queer Theory, Gender Theory: An Instant Primer, one who identifies as “non-binary” identifies oneself as falling outside the categories of “male” and “female.” Baby Searyl’s mother identifies as non-binary. Whether Baby Searyl came home to a pink- or a blue-themed nursery is anyone’s guess, but it seems safe to assume that Searyl’s mother—who does not buy into the notion of gender—does not buy into the notion of color as a gender signifier. Learn about some LGBTQ+ icons and milestones you should know about.

As we reflect on how we got to this place in history where a baby can be born without a gender, the question naturally arises: Why is it blue-for-boy and pink-for-girl anyway?

The history of baby colors

In fact, it was not always so. Pink and blue were not gender signifiers in this country until shortly after World War I, according to Wilchins. In the centuries prior to that, all babies were dressed in white gowns, which allowed easy access for diaper changes and could be bleached after wearing. Clothing for children up to the age of six or seven was treated as unisex (which allowed parents to use the same clothes for every baby born). It was a matter of home economics and didn’t change much even when pastel colors (including pink and blue but also others such as yellow) were introduced in the mid-1800s, presumably because commercial dyes became widely available. Here are some things your outfit color says about you.

Things only began to change, in fact, in June 1918, when Ladies’ Home Journal published an article claiming that “the generally accepted rule is pink for the boys, and blue for the girls.” That’s right: pink for boys and blue for girls because, at least at the time, pink, which is associated with red, was considered too harsh for girls. Girls were therefore assigned a color associated with sky and daylight.

But the fact that the media had begun promoting the notion of one color or another being associated with one gender or another was likely the brainchild of marketing strategists, says Wilchins. Essentially, clothing manufacturers and retailers had realized that they could double the amount of clothing sold. By 1927, department stores had jumped on board such that Time magazine printed a chart showing sex-appropriate colors for girls and boys according to leading U.S. stores: In Boston, Filene’s told parents to dress boys in pink. So did Best & Co. in New York City, Halle’s in Cleveland, and Marshall Field in Chicago. Today, that might sound downright outrageous—it’s one of the history facts that sound fake but aren’t.

It wasn’t until the 1940s that manufacturers went in the opposite direction and decided that pink was for girls, and blue was for boys. But then, just one generation later, the women’s liberation movement ushered in unisex baby clothing once again, which remained in vogue until the mid-1980s. That was when medical science allowed parents to learn the gender of their not-yet-born babies.

“These days, the vast majority of pregnant women in this country want to know the gender,” says Patricia Shay, MD, a gynecologist at Grand Rounds, and this becomes highly profitable for manufacturers of baby clothes and baby products as parents-to-be share their news with occasions like “gender reveal parties.” In addition, parents who can afford to do so will outfit entirely new layettes and nurseries, depending on whether Junior is expecting a baby brother or a baby sister.

Does it even matter?

“Gender is a cultural construct,” Wilchins maintains. “Most cultures will find some way or another to differentiate between males and females. What varies among the cultures is how.” Wilchins points toward foot-binding in ancient China and female fattening farms in Mauritania as more extreme examples, but also to the gendering of nouns in Romance languages (for example, the Spanish word for day, which is dia, is male-gendered, and the word for city, which is ciudad, is female-gendered).

The gendering of color is another of these constructs, says Wilchins, who predicts that it will evolve as the binary gender system begins breaking down in our culture (as evidenced by the non-gendered designation of Baby Searyl, for example). “Things are changing gradually. Perhaps there will be a whole other color scheme or none at all. What’s important is people are finally getting that these designations aren’t rigid.” And Dr. Shay confirms that in her practice nowadays, she sees families that are willing to “go outside the box” in terms of color. We think every color of the rainbow is acceptable for any baby! Speaking of, here’s how the rainbow became the symbol for LGBTQ+ pride. 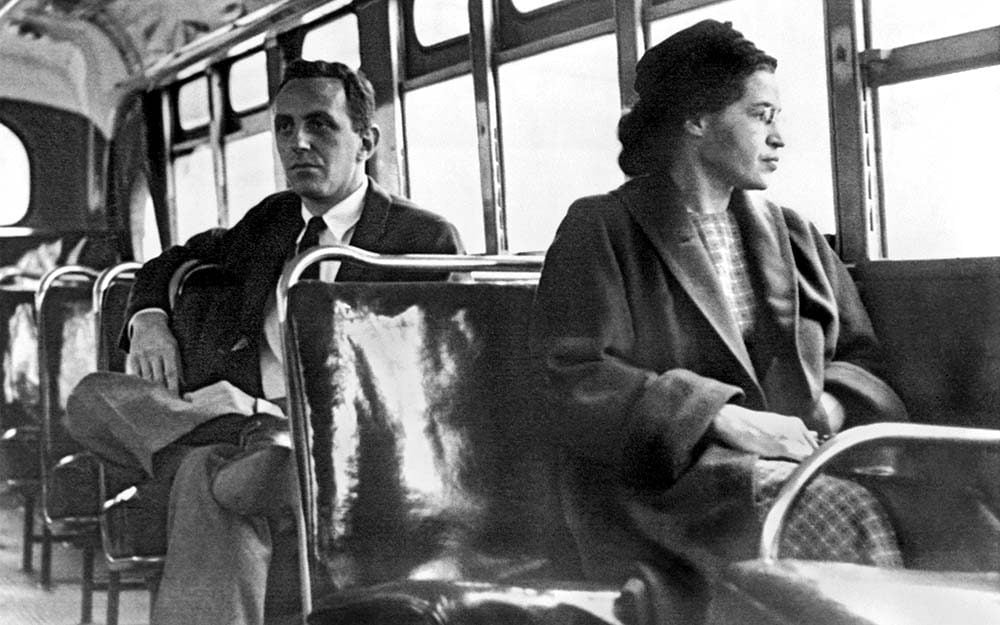 History Lessons Your Teacher Lied About 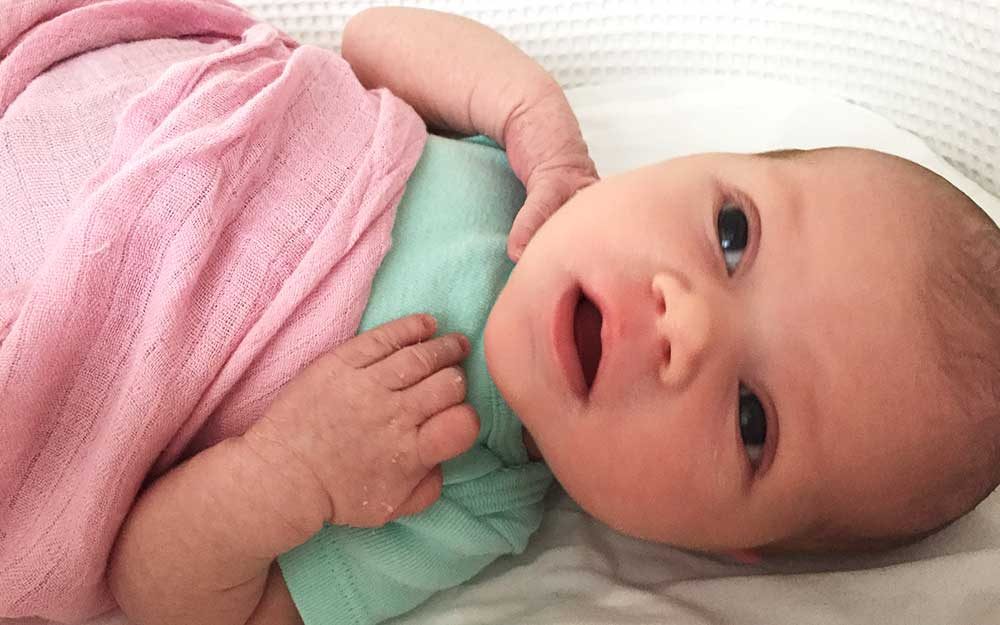 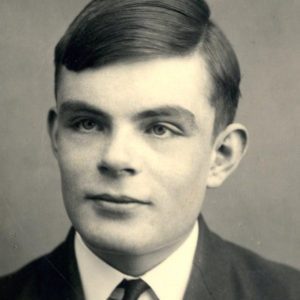 LGBTQ+ Heroes You Should Know About 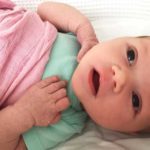 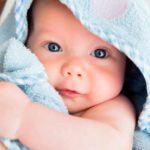 13 Offbeat, New Baby Names That Are About to Be Everywhere