5 Split-Second Decisions People Made That Saved Their Own Lives 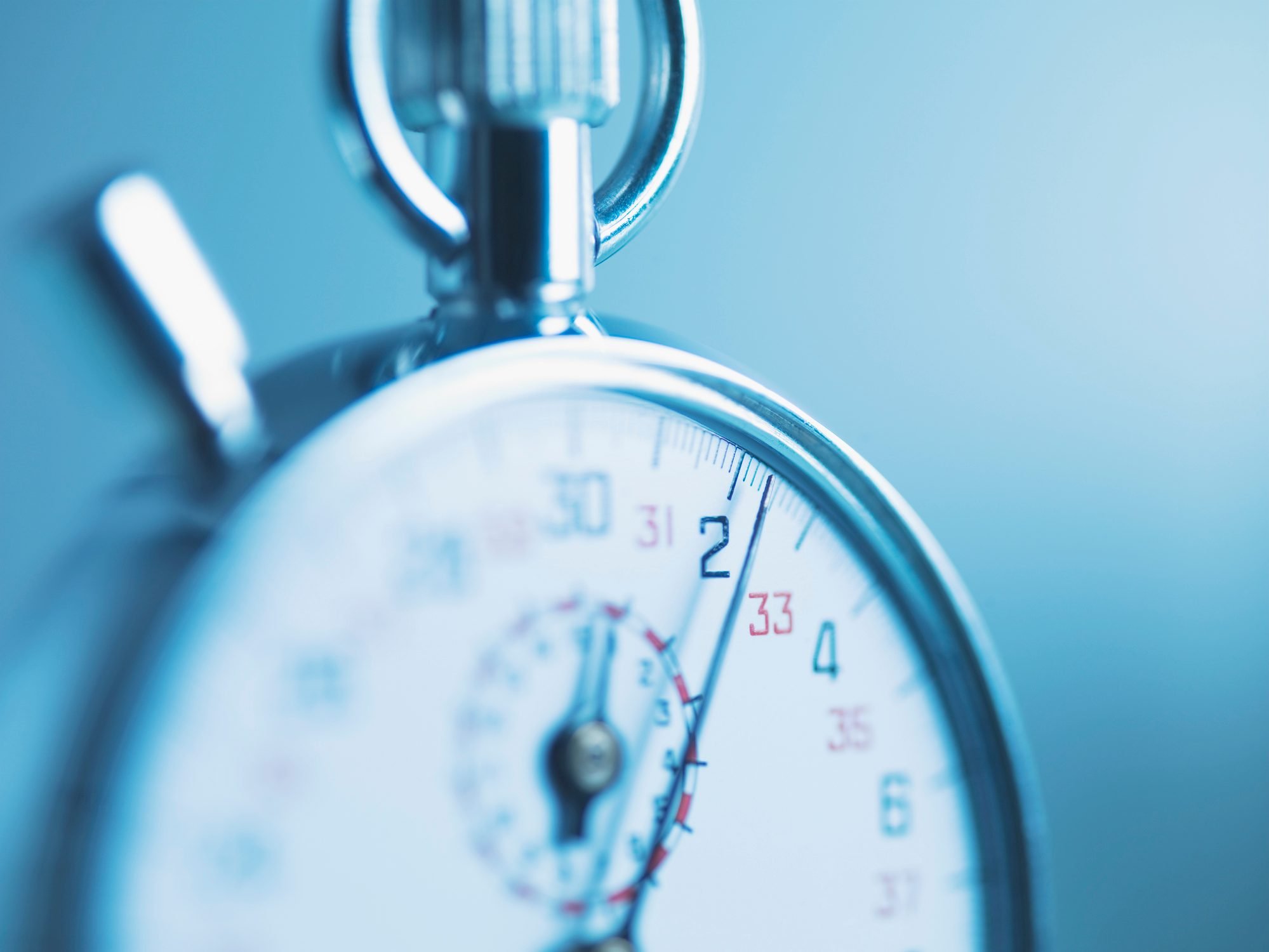 Kidnapped at gunpoint? Cornered by a mountain lion? Stranded in a snowstorm? These everyday people saved their own lives with quick thinking—and now you can too.

What to do when you’re: kidnapped at gunpoint

Around 9:30 on a cold March morning, a 17-year-old girl was carjacked at gunpoint in Wildwood, New Jersey. This was unexpected. The identity of the woman holding the gun on her was not.

In the preceding weeks, the teenager had given her newborn baby up for adoption. Forty-five-year-old Floribert Nava—the woman now pointing a gun at her—desperately wanted the child and was devastated when a Philadelphia family was chosen instead. It seemed she was not taking no for an answer. “Drive,” Nava said, “or I’ll kill you and your family.” 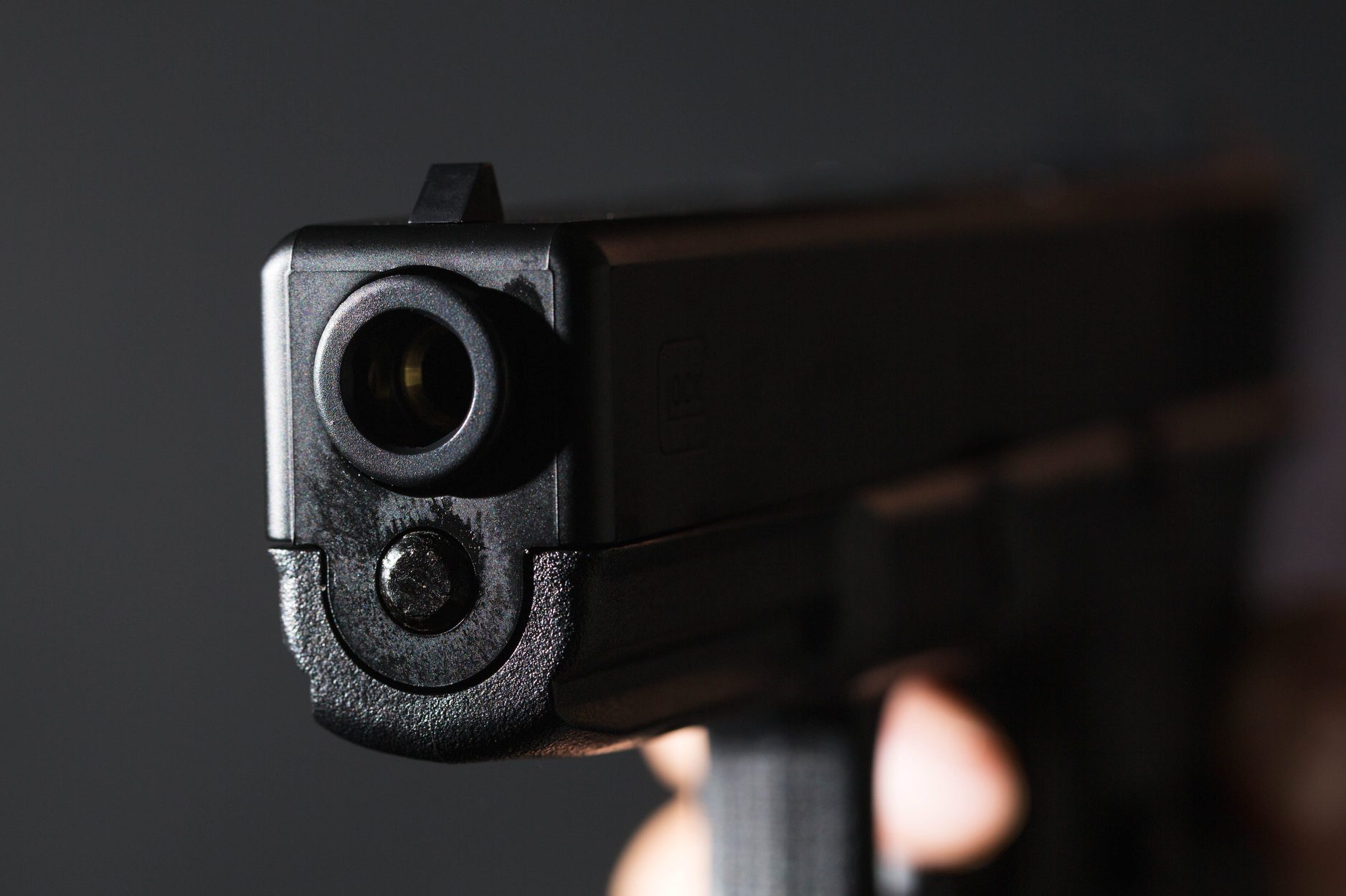 Yuichiro Chino/Getty ImagesNava demanded she be taken to the home of the baby’s new parents, on the other side of the Delaware River. Besides the pistol, Nava carried with her duct tape, trash bags, and latex gloves. Whatever this woman was planning, the 17-year-old thought, it was going to be violent, and it was going to happen soon. As they were crossing the Ben Franklin Bridge into Pennsylvania, the teen spotted a police cruiser pulled over on the shoulder. Could she somehow get this cop’s attention without getting shot by her kidnapper first?

Smart move: The girl pointed her car toward the cruiser and rammed it.

The result: She got the officer’s attention! With the kidnapper stunned, the girl leaped out of the car to safety. Nava was arrested on kidnapping, carjacking, and weapons charges and has since been sentenced to 12 years in prison.

What the expert says: “This kid saw an opportunity to break free and took it,” says Bob Cooke, a retired special agent for the California Department of Justice. “When you have one opportunity to escape, you can’t hesitate. I’ve had guns pulled on me a few times, and the first thing that happens is you have the wind sucked out of you. When your wits come back, you have to try to catch your attacker in a weak moment and bail out.” Here’s how this 11-year-old boy saved his friend from being kidnapped.

What to do when you’re: cornered by a mountain lion

In August 2014, artist Kyra Kopestonsky was enjoying a hike through one of her favorite parks near her home in Placerville, Colorado. Even when straying off the trail, as she had that day, she had never once seen a mountain lion in the wild. Until now.

When she heard a twig snap behind her, “I turned, and there it was,” Kopestonsky told 9News, “a mountain lion, standing ten to 15 feet away from me.” Kopestonsky knew not to run or make any sudden movements. Calmly, she started to back away. 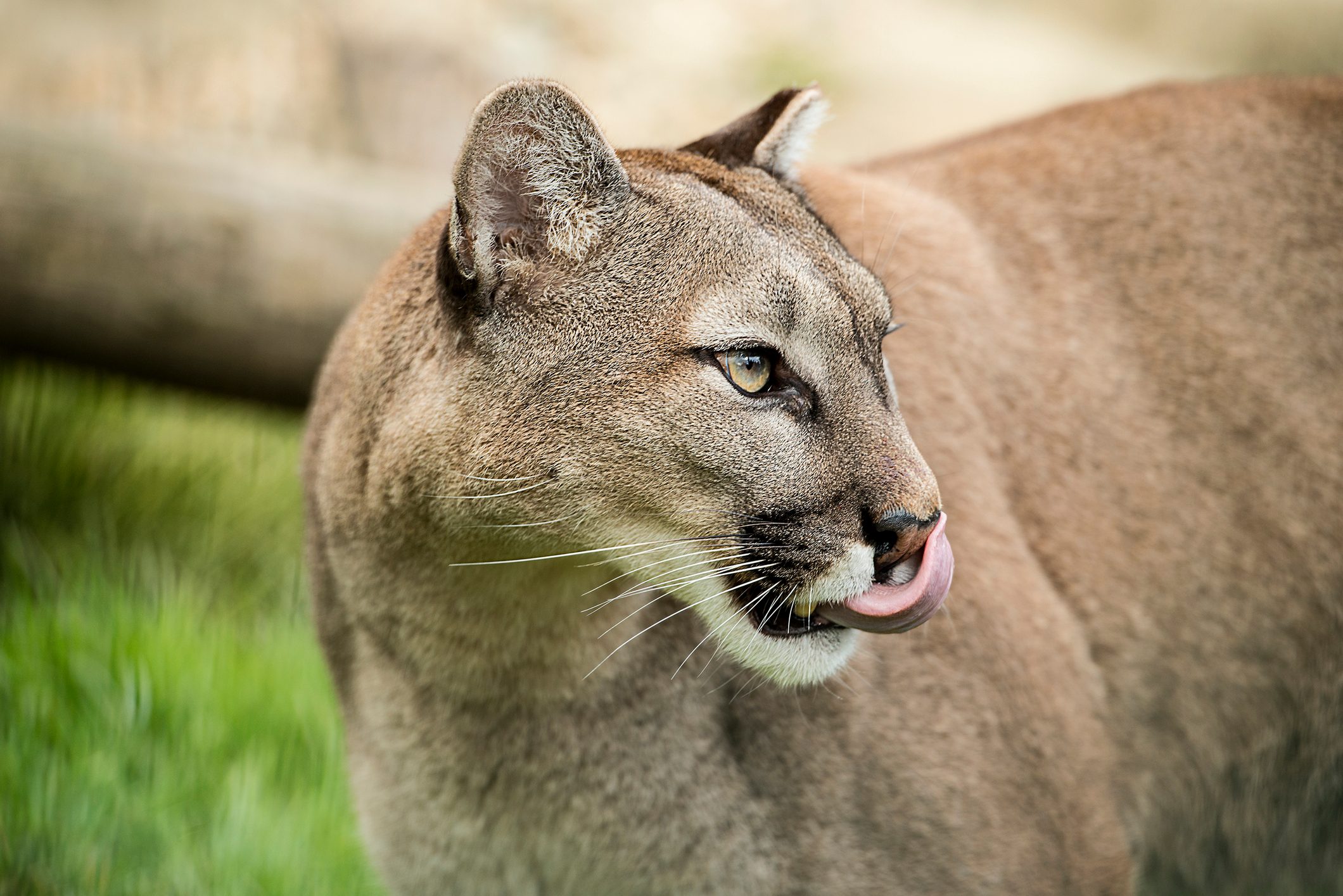 Colin Langford/Getty ImagesShe stopped; the lion crouched. She grabbed a tree branch to make herself look like a bigger predator; the lion didn’t budge. For 20 minutes, no matter what move Kopestonsky made, the lion only advanced, once pouncing within a few feet of her. The big cat was stalking Kopestonsky, and she didn’t know whether she could make it back to the trailhead—and, she hoped, to help—without being attacked. With adrenaline taking over, Kopestonsky decided to try something radical.

Smart move: At the top of her lungs, Kopestonsky sang opera.

The result: The lion backed off. “It put its ears down and just kept looking at me,” Kopestonsky said, “and it sort of backed away.” She called her roommate, who alerted authorities. After the lion retreated, Kopestonsky calmly walked back to the trailhead, where several deputies waited to meet her.

What the expert says: “There’s a general rule in the animal kingdom: Prey runs away,” says Amy Rodrigues, resident biologist of the Mountain Lion Foundation. “By standing her ground and making loud noises, [Kopestonsky] proved to the lion that she was a person—not a dinner.” Find out what happened when these seven high school boys were attacked by a bear.

What to do when you’re: stranded in Saskatchewan

One day in May 2010, several hundred people on the shore of Wollaston Lake, in Saskatchewan, were plunged into darkness for nearly 30 hours. In the woods of northern Saskatchewan, temperatures can fall below freezing even in the middle of May, and this had been a particularly frigid week. Now the lights and heat were out, and nobody knew why. Except for one man. 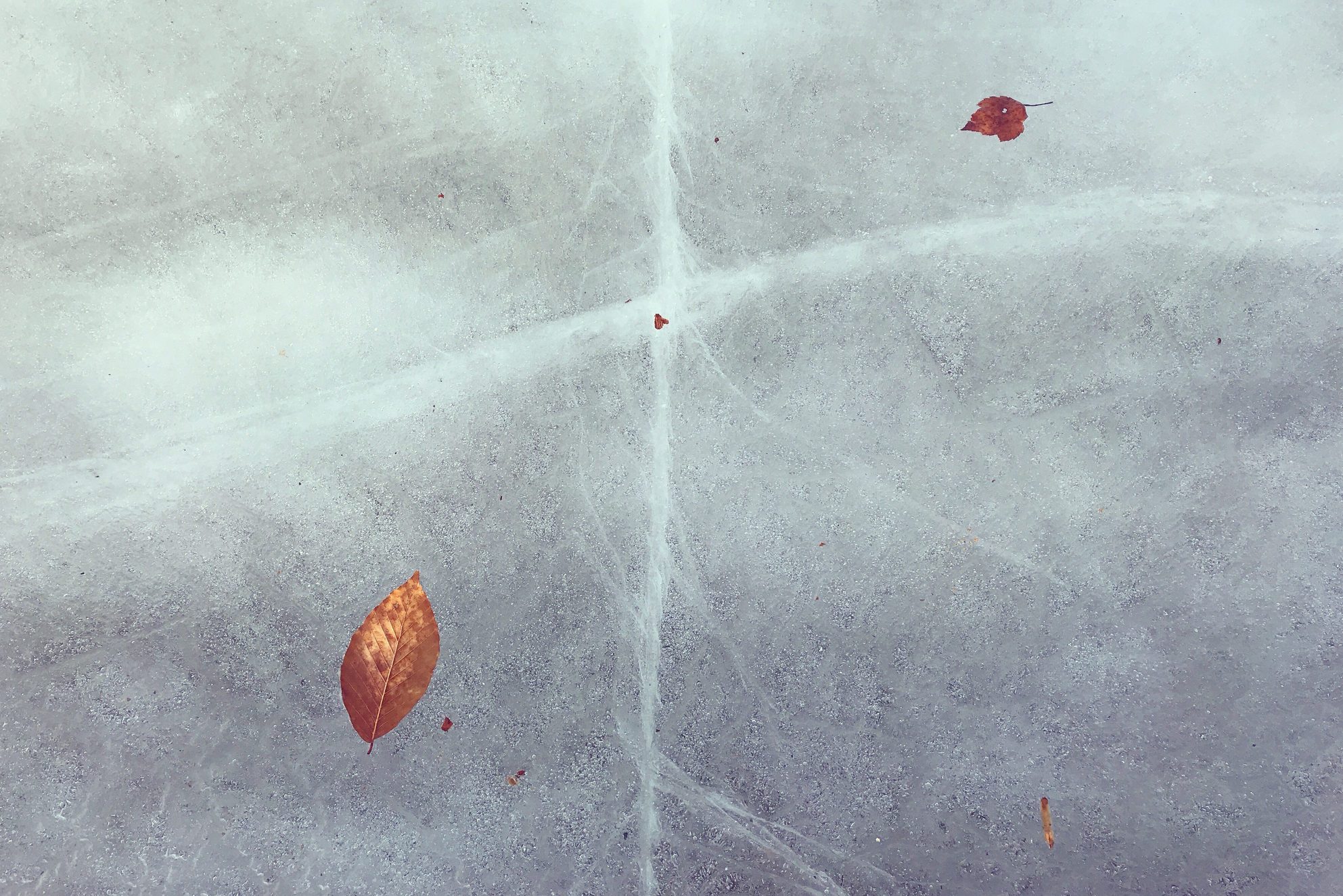 Cyndi Monaghan/Getty ImagesShivering on a distant bank of Wollaston, a lone outdoorsman hunkered under the overturned boat where he had survived the past few days, marooned between a frozen lake and an impassable forest. The man, just visiting, had paddled up from a nearby river when bad weather trapped him between ice floes, stranding him. Now, after several days without food or proper shelter, the man was running out of ideas. Waiting for the ice to melt was not an option; neither was wandering blindly into the bear-infested backwoods. He had no phone. He had no fire. All he had was his boat—and an ax.

Smart move: The man found the nearest electrical pole and chopped it down. Then he chopped down three more. Hoping this was enough to knock out service in the nearest town, thus forcing the power company to come and investigate, the man returned to his boat and waited.

The result: Within 24 hours, SaskPower, the local utility company, chartered a helicopter crew to investigate the power outage. The team members found the would-be lumberjack waiting by the fallen poles, looking very happy to see them.

What the expert says: While SaskPower is quick to remind people to stay away from electrified power lines, Bruce Zawalsky, founder of Canada’s Boreal Wilderness Institute for outdoor education, was impressed. “Improvisation saved this man’s life, and that’s good,” he says. “It’s pretty desolate up there. Power lines stretch across impassable lakes and rivers, trees are up to 50 feet high, and he could’ve walked for miles before finding help.” This 92-year-old man was still an accomplished hiker—but then he went missing.

What to do when you’re: freezing in the mountains

The kids were promised an adventure in the snow. Now huddled with their parents in an overturned Jeep, the outside temperature dropping to 21 degrees below zero, they would be lucky to survive it. 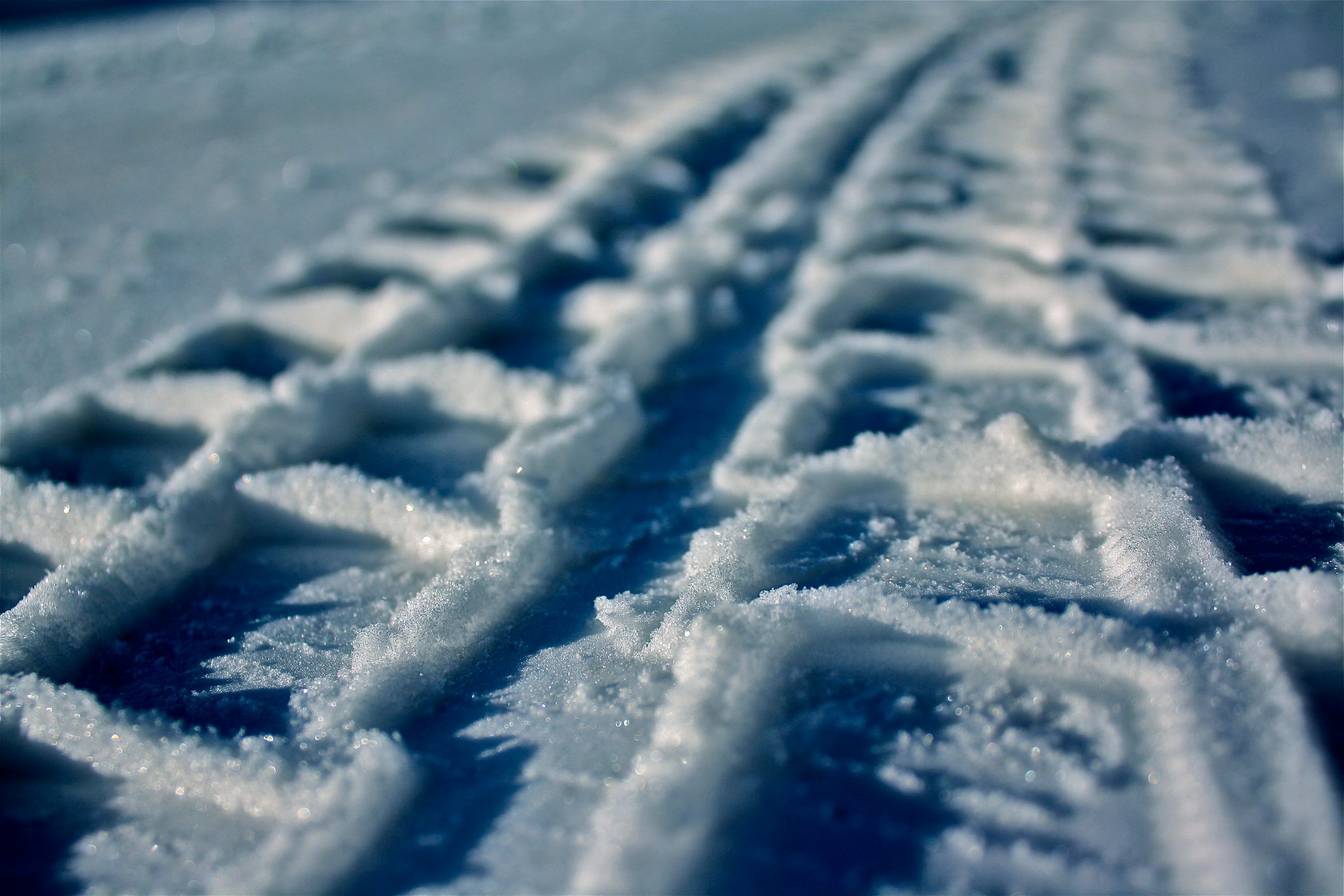 Devon O'Rourke Photography/Getty ImagesIn December 2013, James Glanton and his girlfriend, Christina McIntee, arranged a weekend outing in Nevada’s Seven Troughs mountain range. Along for the ride were their two kids plus McIntee’s young niece and nephew, all ages three to ten. The family had the back roads to itself as it cruised through the mountains in Glanton’s silver Jeep Wrangler. Rolling downhill too fast, the Jeep hit a patch of ice. Within a few terrifying seconds, the vehicle skidded off the dirt road, tumbled onto its top, and slid upside down into the bottom of a snowy ravine.

Luckily, nobody was injured—but the passengers were stranded in a chasm in the middle of nowhere, and the subzero night was closing in. The Jeep’s interior wouldn’t stay warm long, and the winter coats they’d packed wouldn’t be much help. If they wanted to survive, they would have to get creative, and fast.

Smart move: They built an improvised radiator. After starting a bonfire with sagebrush and matches, Glanton and McIntee heated up some rocks, loaded them into a spare tire, then placed it in the Jeep’s interior to keep the kids warm through the night. With heat secured, the family stayed put and waited for help.

The result: They survived the 48 hours it took for the search party to rescue them and walked away without serious injuries or frostbite despite the subzero temperatures.

What the experts say: Sticking with the vehicle was important, survival expert Joseph Teti told CNN. By contrast, when a Canadian couple got lost in the Nevada wilderness in 2011, the husband left their stranded van to look for help and died. (His wife was found alive in their car 49 days later.) Burning rocks for warmth was another “good idea,” Dr. Zach Sturges of Salt Lake City’s Intermountain Institute for Disaster Preparedness told nbcnews.com. “Rocks make a great thermal mass if you can build an outside fire to heat them.” Learn about 6 people who froze to death—and came back to life.

What to do when you’re: abused and afraid

Calling 911 to order a pizza might not seem very daring, but it may have saved one woman’s life. Unable to request police assistance while her abusive boyfriend was in the room, the woman made the following call to a 911 dispatcher: 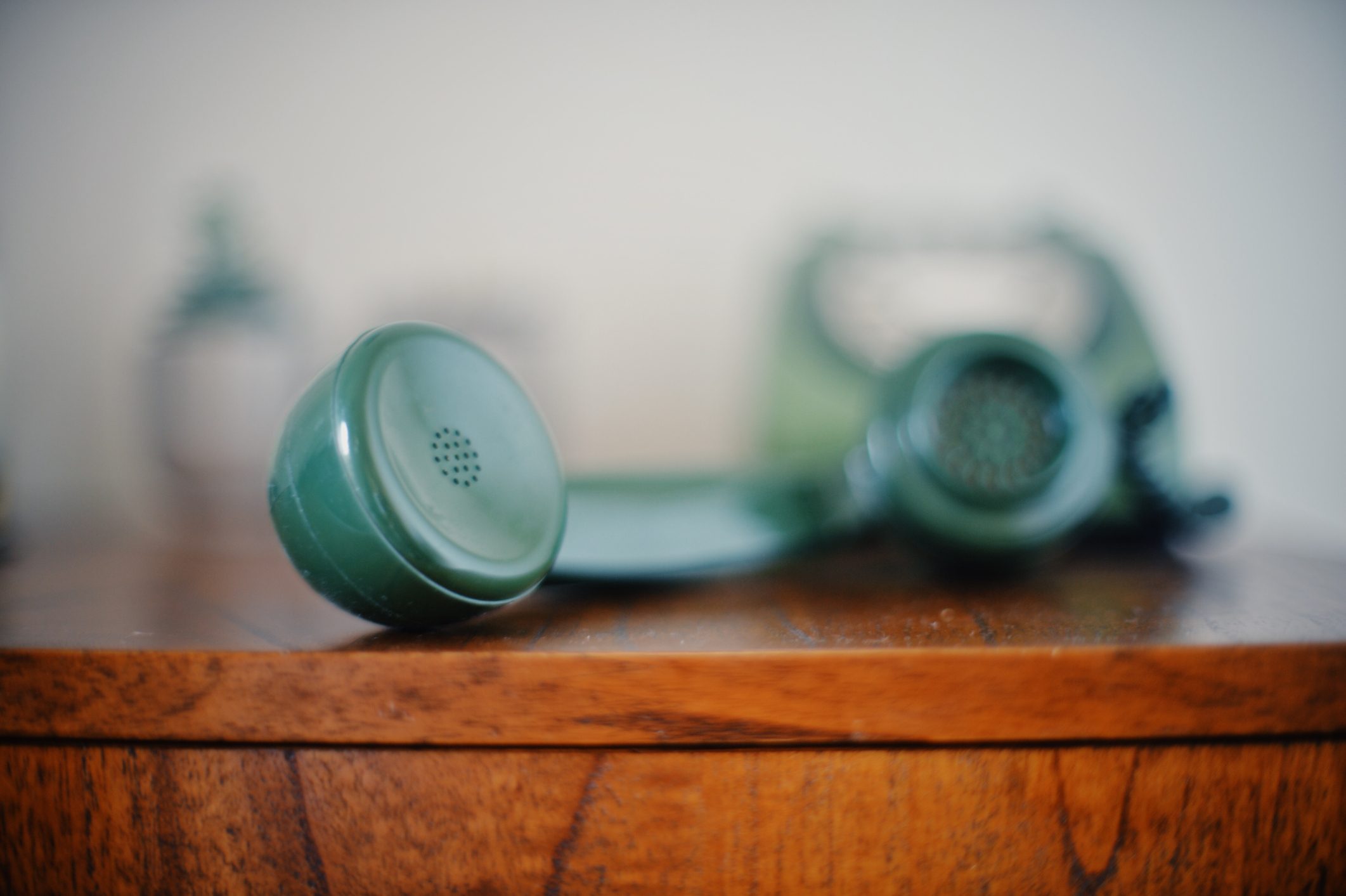 The result: An officer was dispatched to the house, where the caller’s violently drunk boyfriend was arrested. After the dispatcher later recounted this call on Reddit, it instantly went viral and even inspired a Super Bowl commercial for the anti–domestic violence campaign No More. Make sure you know these 10 early warning signs of an abusive relationship.

What the expert says: “Every woman is her own expert on her own life,” says Maureen Curtis of the Safe Horizon victims’ services agency. “This woman clearly knew that calling the police outright could escalate the violence or become lethal. It really speaks to how victims of abuse can be creative in seeking help—for example, we’ve worked with women in abusive relationships who have a secret signal with their neighbors or their kids.” Next, make sure you know these 42 everyday fixes to survive basically anything. 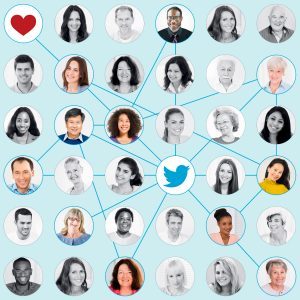 Random Acts of Kindness That Will Inspire You 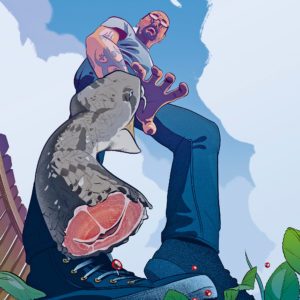 He Beheaded a Snake—And It Still Bit Him 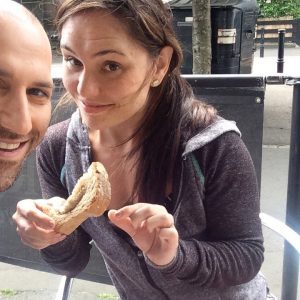 My Wife Was Left to Die at the ER Door