What Is Canada Day and How Is It Celebrated?

Here’s what our northern neighbors are up to on the first day of July every year. (Hint: Get ready to celebrate!)

When was Canada Day declared a holiday?

Canada Day became the official name for July 1 on October 27, 1982, though it had been unofficially called that for decades. Prior to 1982, July 1 was called Dominion Day, which became a public holiday back in 1879. We bet you’ll be surprised by some of these things you didn’t know about Independence Day in the United States. Similarly, Canada Day doesn’t have a simple history.

The anniversary of Confederation was called Dominion Day. In the early years, it wasn’t really celebrated and often became an opportunity for provinces, opposition parties, and others to air grievances. Discussions to change the name from Dominion Day took place at least as far back as the 1950s, but it took until 1982 for the law to be passed to change the name to Canada Day.

Is this Canada’s independence day?

Sort of. July 1 marks the anniversary of Confederation, the day the British North America (BNA) Act came into effect in 1867 and the Dominion of Canada was created. However, only some parts of the country were included, and Indigenous Peoples had no say in the decision. The BNA Act established the Dominion of Canada as a self-governing entity, and the country’s independence grew from there. The BNA Act meant that the parts of the country called Canada were no longer a British colony. Instead, the new dominion had the authority to establish a parliament and make laws, as well as the responsibility to fund and defend itself.

It was only in 1931, with the Statute of Westminster, that Canada was awarded full legal freedom, notes History.com. Still, Canada didn’t achieve full independence—meaning that Britain no longer had the authority to change Canada’s constitution—until 1982. Full Canadian independence came on April 17, 1982, the day that Canada’s Constitution was repatriated.

Is Canada’s birthday on July 1? How old is it?

While the country called the Dominion of Canada was legally created on July 1, 1867, it wasn’t created out of thin air. Indigenous Peoples have lived on the continent since the Ice Age. So, saying that Canada will be 153 years old on July 1, 2020, is taking a colonial view of Canadian history.

Today, in addition to Inuit and Métis people, there are more than 634 First Nations in Canada, with more than 50 unique languages. No one knows how many separate nations once inhabited the land between the Arctic, Pacific, and Atlantic Oceans, nor exactly how long they’ve been there. But, when Canada celebrated its sesquicentennial—its 150th anniversary—in 2017, the Heiltsuk Nation celebrated its 14,000th birthday. A community near Tofino, British Columbia, has been continuously inhabited for at least 5,000 years: Carbon dating shows that Opitsaht, a Tla-o-qui-aht village on Meares Island, has been inhabited since before the time the pyramids were built. So Canada is much older than 153. Don’t miss these other facts you never knew about Canada. 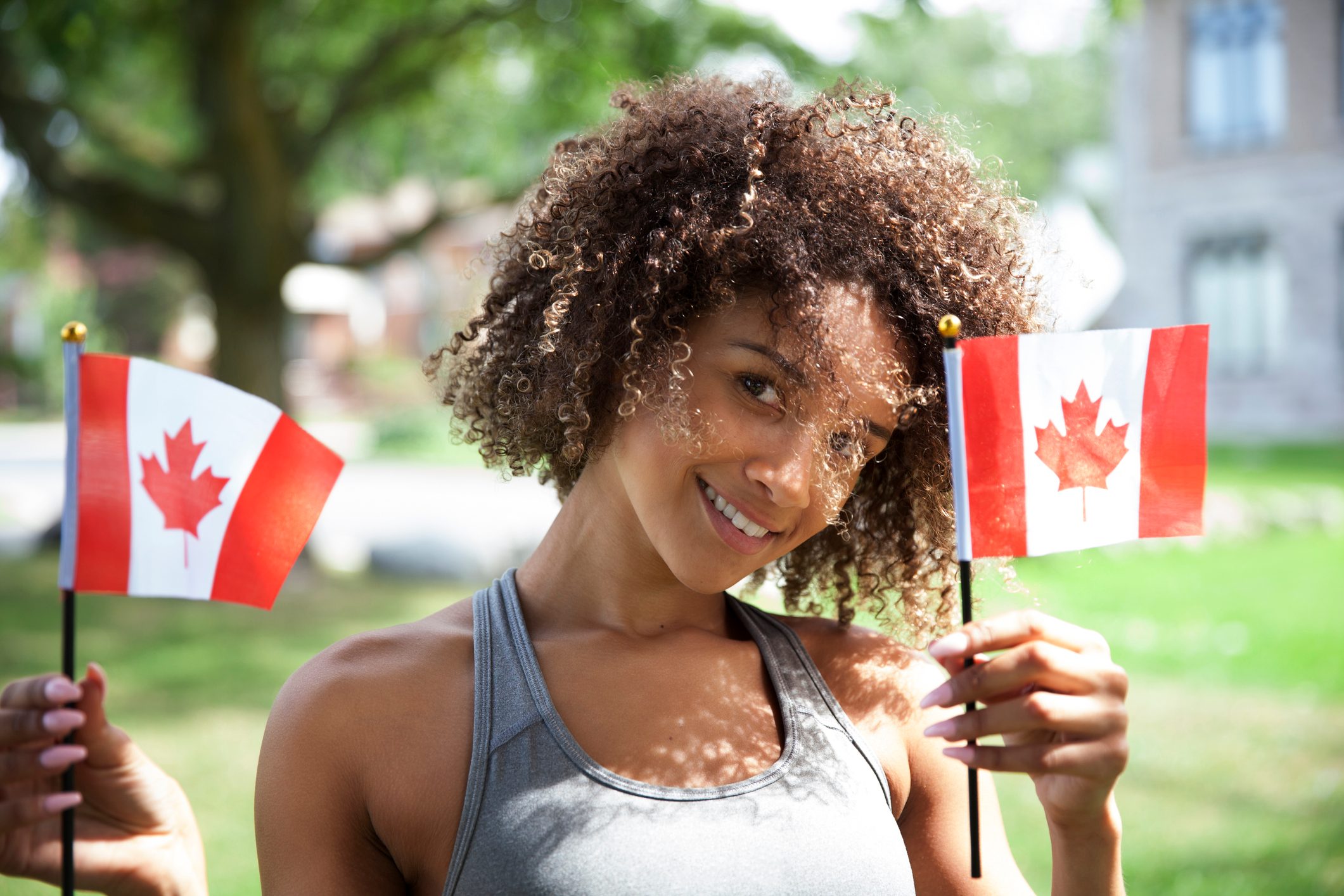 How do Canadians celebrate Canada Day?

With school normally finishing at the end of June, July 1 marks the unofficial start of summer in Canada. Some Canadians celebrate at home, while others celebrate while on vacation elsewhere. In Quebec, there’s less of an emphasis on Canada Day, since Saint-Jean-Baptiste Day, on June 24, usually gets more attention. For 2020, though, Montreal is having a large Canada Day party. Because of COVID-19, it will be a virtual Canada Day hosted from Olympic Stadium.

Not everyone sees Canada Day as a celebration, though. Some Indigenous Peoples, for example, object that the equality and prosperity enjoyed by many Canadians are not enjoyed by all, as explained in this article by New Journeys, a resource for sharing Indigenous resources and stories in Canada.

For those that do celebrate, the prime Canada Day location is in the capital, Ottawa. The celebrations are usually on the vast lawns of Parliament Hill, which can hold about 500,000 people. Families watch the noon show in the typically hot sun, take a break during the afternoon, and usually come back for the evening show. Until the Parliament Buildings’ decade-long restoration is complete, however, the Hill’s Canada Day parties will be small.

A typical Ottawa Canada Day has dignitaries like the Governor General (the Queen’s representative in Canada, currently former astronaut Julie Payette) and the Prime Minister making speeches and walking through the crowds. Sometimes royalty even shows up. The Queen, Queen Mother, Prince Charles, and Princess Diana (her birthday also happened to be on July 1) have all celebrated July 1 in Canada. The Duke and Duchess of Cambridge attended the Parliament Hill celebrations in 2011 shortly after they were married, leaving Canadians particularly impressed with the Duchess’ maple leaf hat.

Since the 1967 Centennial, celebrations on July 1 have been an opportunity for the Government of Canada to promote national unity, the country’s heritage, and Canadian values like multiculturalism and bilingualism. Canadian musical and dance acts typically make an appearance on Parliament Hill’s main stage, though it’s rarely Canada’s top stars like these 25 famous people you didn’t know were Canadian. More important is representing Canada’s different regions and multiculturalism, showcasing Indigenous Peoples, and ensuring that both of Canada’s official languages get equal time. A highlight is when Canada’s fleet of red and white aerobatic planes, the Snowbirds, do a flyover. The evening ends with fireworks above the Peace Tower and the Parliament Buildings.

In other parts of the country, celebrations are smaller than Ottawa’s but are still a party. An example is at Winnipeg, Manitoba’s The Forks, which people have used as a meeting point for more than 6,000 years. On a typical Canada Day, between 30,000 and 40,000 people show up dressed in red and white and carrying Canadian flags. Across the country, Canada Day adornments often include maple-leaf stickers and temporary tattoos, which you’ll see on the cheeks and foreheads of everyone from babies to great-grandparents.

Canadians across the country celebrate Canada Day with parades, outdoor concerts, and fireworks shows, as well as by just hanging out with friends and family. Barbecues are almost mandatory. Another favorite way to celebrate is watching the 32 riders and horses of the Royal Canadian Mounted Police’s Musical Ride, which often makes a Canada Day appearance somewhere in the country.

Celebrate in Canada next year!

Canadians welcome visitors to explore Canada and celebrate Canada Day with them. Of course, with the country’s borders closed to most foreign nationals due to the COVID-19 pandemic, Canada Day 2020 is only for Canucks. But Canadians look forward to sharing Canada Day with the rest of the world again next year. Here are the most popular travel destinations in Canada to help you start planning.

Things That Were Invented in Canada

The World's 50 Most Beautiful Cities