Reader’s Digest Recommends: What to Read This Summer

From breezy reads to life-changing lit, our books editor has found something new for everyone to enjoy while under the sun. 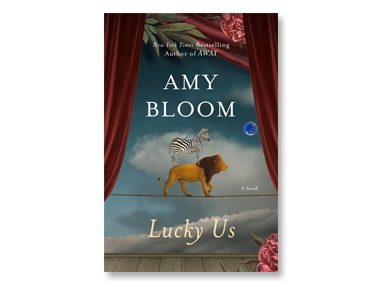 Lucky Us by Amy Bloom

Yes, yes, lucky us—we get a new novel from the much-celebrated Bloom, this one centering on teenage half-sisters navigating the 1940s, from small-town Ohio to Hollywood and London. It opens: “My father’s wife died. My mother said we should drive down to his place and see what might be in it for us.” Having grabbed you by the lapels, Bloom keeps you tightly in her grip until the final elegant sentence. 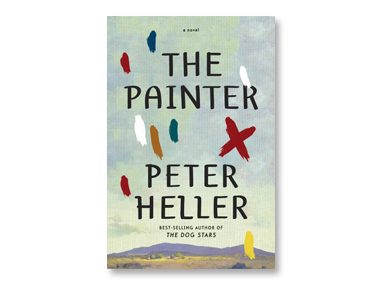 The Painter by Peter Heller

Looking for suspense with literary chops? Peter Heller (whose last book was the breakout bestseller The Dog Stars) is back with a brilliant page-turner about an artist with a dark streak. It opens: “I never imagined I would shoot a man. Or be a father. Or live so far from the sea.” Heller’s gorgeous prose and the moral complexity of his narrator make this a standout. 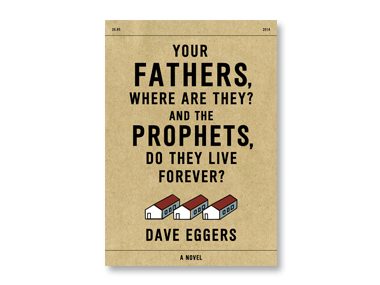 Your Fathers, Where Are They? And the Prophets, Do They Live Forever? by Dave Eggers

A new Dave Eggers novel is always a buzz-filled event; his sucker-punching, rule-breaking books invariably hit the bestseller lists and snap up literary accolades. This short tale with a long title is composed entirely of dialogue between a man named Thomas and the NASA astronaut he has kidnapped (“I did it. You’re really here.”) Prepare to be unnerved. 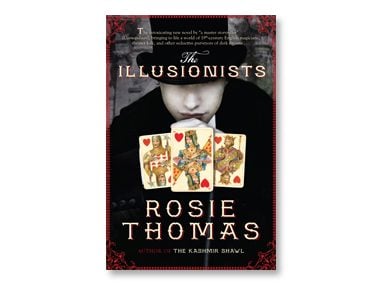 The Illusionists by Rosie Thomas

Set in London in 1870, Thomas’s delightful new novel blends romance, intrigue, and the edgy magic of the theater world. It opens: “Hector Crumhall, known to his legions of enemies and even his few friends as Devil Wix, sauntered up the alley as if he owned every cobblestone and sooty brick.” A great escape. 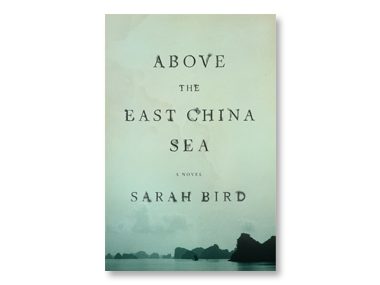 Above the East China Sea by Sarah Bird

Bird’s revelatory new novel takes place on Okinawa, shifting between 1945 and the present, where the past still roils under the surface. It opens: “The choking black smoke from the fires raging below rises up, trying to claim me and my child. I climb higher. I must hurry. I must do what has to be done before the sun rises.” Her two protagonists are separated by 70 years, and yet their lives, their stories—and ours—are intertwined. 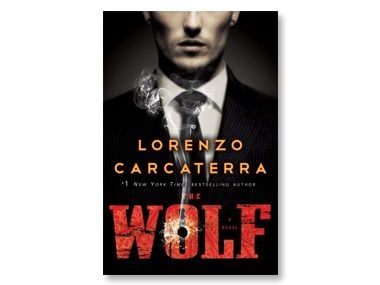 The Wolf by Lorenzo Carcaterra

Organized crime bosses versus international terrorists—could there be a bigger adrenaline rush? Carcaterra (who also wrote Sleepers) delivers a whip-smart thriller that is not only about high-stakes crime, but also about family, love, and revenge. Sample: “My name is Vincent Marelli and I own your life.” We’re paying attention. 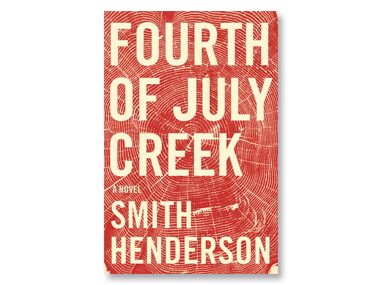 This much-awaited debut novel, set in the Montana wilderness, is centered around a troubled social worker, a nearly feral boy who lives in the back woods, and the social worker’s own teenage daughter. It opens, “The cop flicked his cigarette to the dirt and gravel road in front of the house, and touched back his hat over his hairline as the social worker drove up in a dusty Toyota Corolla.” You’ll be thinking about it long after it ends. 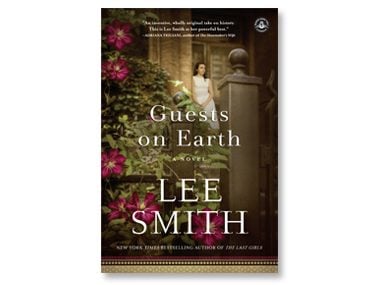 Guests on Earth by Lee Smith

Smith is one of our best living Southern-fiction writers. Her intricate novel about Zelda Fitzgerald, an orphaned 13-year-old, and the mental institution to which they’ve been admitted is at once rich in historical detail and deeply moving. Now out in paperback, it opens: “For years I have intended to write my own impressions of Mrs. Zelda Fitzgerald, from the first time I encountered her when I was but a child myself at Highland Hospital in Asheville, North Carolina, in 1937, and then a decade later during the several months leading up to the mysterious tragedy of 1948.” 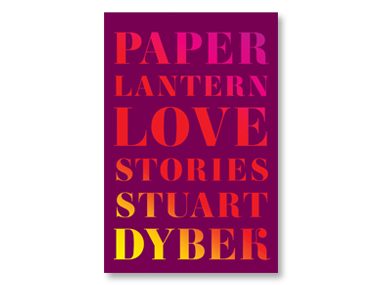 Dybek is widely considered a master of the short story; this new collection of slyly inventive love stories is a delight. Don’t expect business as usual. Sample: “We were working late on the time machine in the little makeshift lab upstairs. The moon was stuck like the whorl of a frozen fingerprint to the skylight.” 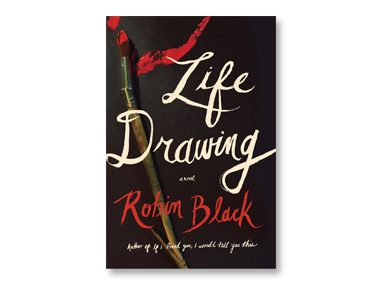 Black is drawing big big buzz for her debut novel, following the well-received story collection If I Loved You I Would Tell You This. Here, she draws an intimate portrait of a marriage marked both by betrayal and the desire to sustain love. It opens: “In the days leading up to my husband Owen’s death, he visited Alison’s house every afternoon.” Black pulls off the feat of creating a story as suspenseful as it is smart. 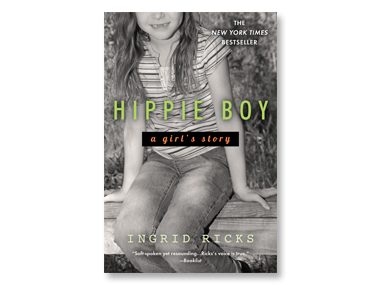 Ricks’ absorbing true story of an adolescence spent traveling the country with her hard-luck salesman father should be a movie—but it’s also utterly compelling on the page. “I loved it that he was his own boss, made his own rules, and was working his way to becoming a millionaire—which he said was only a matter of time now,” she writes. “Everything about his life appealed to me, and I wanted it desperately. Initially self-published, the book became a New York Times bestseller and has been reissued by Berkley Trade. What makes it so winning is that despite every inevitable mishap, Ricks’ story is one of courage, forgiveness, and optimism. 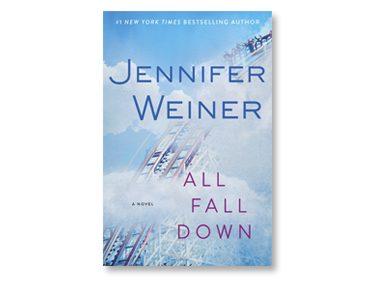 All Fall Down by Jennifer Weiner

The mega-bestselling author is known for her warmth, quick wit, and finger on the pulse of real lives. Her latest is about a wife and mother who realizes that the little pills that help her make it through the day are in fact her biggest problem. It opens: “‘Do you generally use alcohol or drugs more than once a week?‘ I hesitated with my hand over the page.” When she’s not writing blockbusters, Weiner makes headlines as a major champion of all women writers. 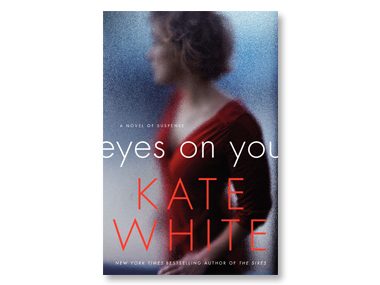 Eyes on You by Kate White

White, the former editor-in-chief of Cosmopolitan, alternates between writing career books for women and bestselling suspense novels. Her latest, about a media star with a dangerous secret enemy, is a deliciously dishy treat. It opens: “The shoes made a nasty dent in my paycheck, but I wasn’t sorry I’d splurged.” But wait—it gets nastier… 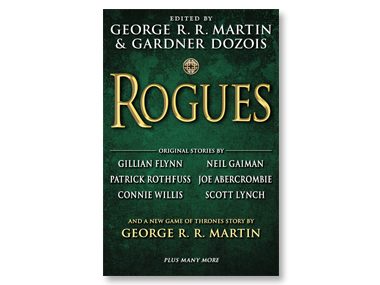 We wish Martin (Game of Thrones) would write another book in his famed series, but we’ll make ourselves happy with this whopping anthology of original stories, which he edited with Dozois. Included in this rogues gallery are bestselling authors Gillian Flynn, Neil Gaiman, Lisa Tuttle, and Martin himself. 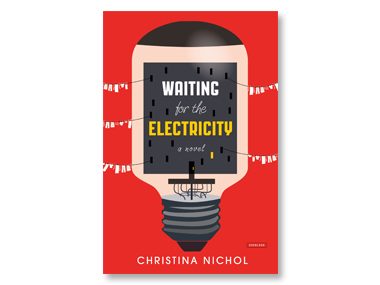 Waiting for the Electricity by Christina Nichol

And now for something completely different…Nichol has written a laugh-out-loud picaresque novel about post-Soviet Georgia. Sounds unlikely? Just dive in: “A tidal wave of women, huge and busty, draped in long black dresses, lumbered heavily, heaving toward the sea.” 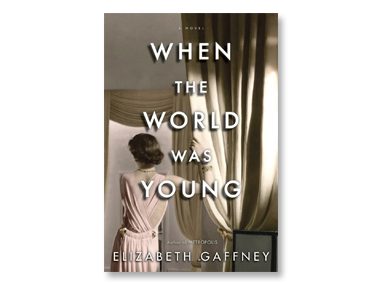 When the World Was Young by Elizabeth Gaffney

Gaffney transports us to post-WWII Brooklyn in this intense novel of family secrets, mothers and daughters, and servants and masters. It opens: “The children rejoiced. They rollicked in the streets. Victory! they shouted, banging on pans, climbing up street lamps, leaping off stoops.” But nothing is that simple in this richly textured story. 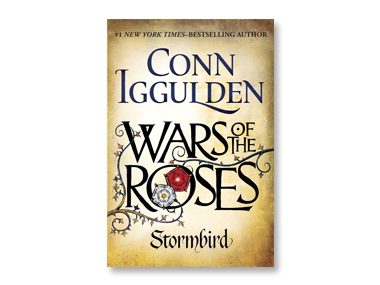 Wars of the Roses by Conn Iggulden

Want to go farther back in time? Bestselling historical novelist Iggulden launches a new series with this intrigue-ridden tale of Henry VI (circa 1437) and the start of one of the bloodiest eras in English history. Complete with maps and family trees, the novel opens: “Bowls of dark royal blood lay beneath the bed, forgotten by the physician.” 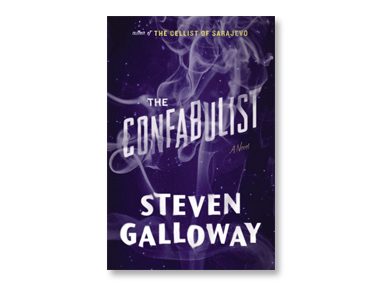 The Confabulist by Steven Galloway

In this fabulous novel, the life of Henry Houdini is recounted by the fan who killed him with a punch—and whose memory is deeply faulty. What is real and what is illusion? How much can any of us trust memory and desire? With a cast of characters that includes Sir Arthur Conan Doyle and Romanovs, the novel’s a page-turner you’ll want to read twice. It begins: “There’s a condition called Tinnitus where you hear ringing that isn’t there.” Then it gets tricky. 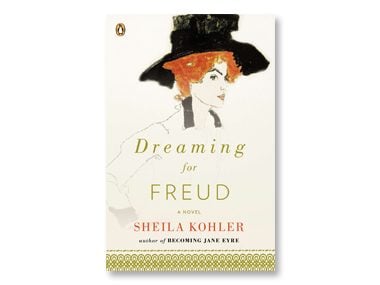 Dreaming for Freud by Sheila Kohler

Kohler re-imagines Sigmund Freud’s best-known case: that of an unwilling 17-year-old patient named “Dora.” Volumes have been written about Freud but in this haunting novel, Kohler takes us inside Dora’s mind as well as the great doctor’s. Sample: “What he sees now so clearly in his mind, the image coming to him repeatedly in the silence and loneliness of the late hour, is his young patient as he last saw her, waving her slender, white hands in the air.” Kohler not only raises complex questions, but captures an era with an astute eye. 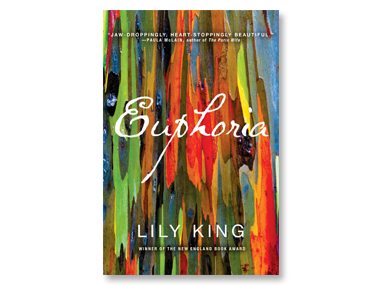 Inspired by the life of Margaret Mead, King tells an enthralling tale of three 1930s anthropologists caught in a love triangle. Euphoria is at once romantic, exotic, informative, and entertaining. It opens with a bang: “As they were leaving the Mumbanyo someone threw something at them. It bobbed a few yards from the stern of the canoe. A pale brown thing. ‘Another dead baby,’ Fen said. He had broken her glasses by then, so she didn’t know if he was joking.” 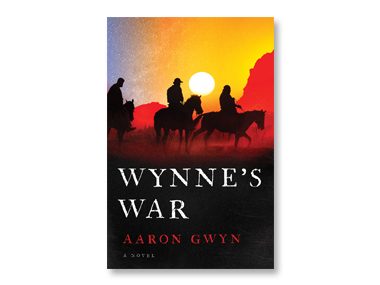 To the many great war novels published in the last few years, add Wynne’s War, set among the Green Berets and Rangers in eastern Afghanistan. Gwyn has earned comparisons to Cormac McCarthy and Joseph Conrad. The novel opens: “He saw the horses before the rest of his team and thumbed the selector on his rifle to SAFE. There eight of them hunkered behind the row of HESCOs, eight rangers in digital cameo, black keypads, and vests.” 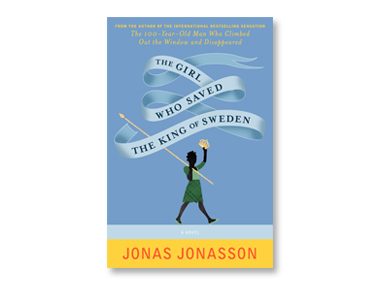 The Girl Who Saved the King of Sweden by Jonas Jonasson

This plucky, satirical caper tells the story of an impoverished girl from Soweto who, highly improbably, saves the titular monarch—and incidentally holds the fate of the world in her hands. How do you not love a book that opens like this: “The statistical probability that an illiterate in 1970s Soweto will grow up and one day find herself confined in a potato truck with the Swedish king and prime minister is one in 45,766,212,810. This, according to the calculations of the aforementioned illiterate herself.”