Audiobooks are perfect for passing the time on long car rides. These terrific selections will keep a wide age range of ages quiet and happy—even parents will love them. 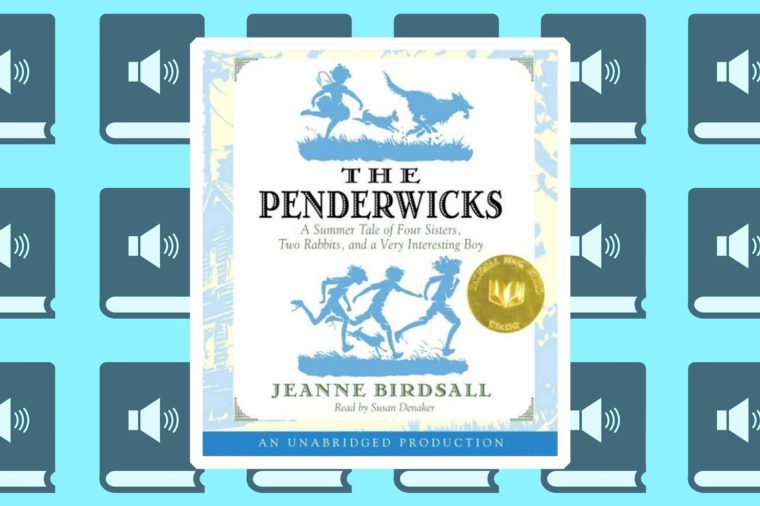 If you’ve been wondering why they don’t write children’s books like they used to, you’ll be enchanted by Jeanne Birdsall’s award-winning novels about a quirky family of motherless girls, their Latin-spouting botanist father, and irrepressible dog, Hound. Hailed as an instant classic when it came out in 2005, the first one takes the Penderwicks to a guesthouse summer rental on Arundel, a fancy estate where a very nice boy lives with his snobby mother. The estate (and the Penderwicks) will never be the same again. The whole series is wonderful and Susan Denaker reads them with just the right balance between expression and understatement. Audiobooks aren’t just for car rides, these 10 audiobooks are also perfect for long flights. 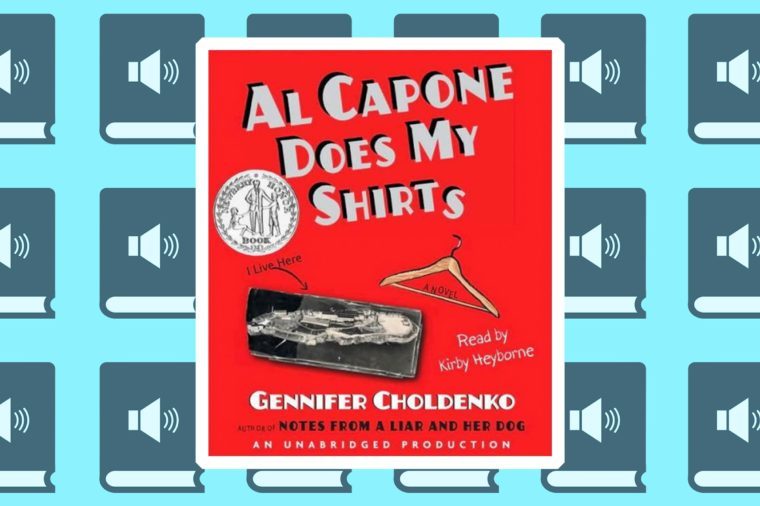 The notorious gangster Al Capone does have a recurring cameo role in Gennifer Choldenko’s acclaimed historical fiction series about “The Rock,” the infamous prison island off San Francisco, but the real action takes place among the crazy crowd of kids whose families live and work on Alcatraz in 1935. The reader, Kirby Heyborne, sounds like a young boy from our time, which makes Choldenko’s narrator, young Moose Flanagan, even easier to relate to as he simultaneously babysits his “different” sister, plays as much baseball as possible, and tries to stay out of the dangerous schemes hatched by the warden’s beautiful daughter. (Good luck with that last one!) Don’t miss these 50 books to read before you’re 50. 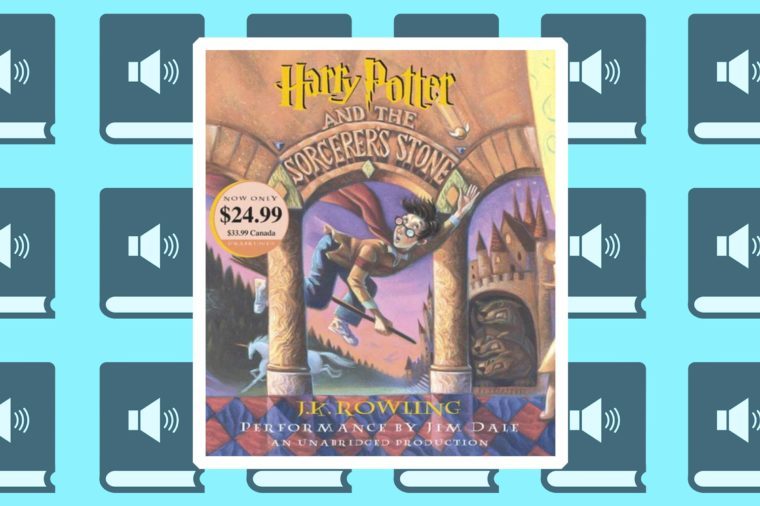 It’s no accident that J.K. Rowling’s blockbuster series has enjoyed such a tremendous international success across a generational divide; the boy wizard’s adventures are by turns funny, scary, touching, and always absorbing. There are two audio versions, both by English actors, but we prefer the multiple prize-winners by Jim Dale, who comes up with an amazing array of voices for Rowling’s many characters. One caveat: though lots of small children do read them all, we consider the last book, Deathly Hallows, best suited for readers over 12 because so many beloved characters die painfully. For more mature readers, our best audiobooks to listen to right now will keep you on the edge of your seat. 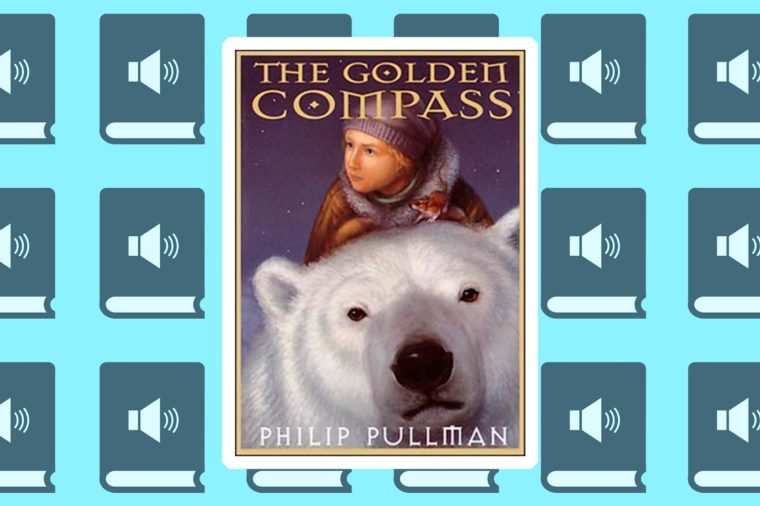 If you don’t already know Philip Pullman’s brilliant, beautiful fantasy series, starring the fierce indomitable orphan child Lyra Belacqua and set in a world where all human beings have a “daemon,” a semi-autonomous animal companion that contains their soul, it’s time to get acquainted. This full-cast production with Pullman himself reading the narration may keep you in your driveway listening after the end of the trip. In England, these books are read by adults as often as Harry Potter. Pullman’s lyrical writing style and the intense struggle between good and evil portrayed here make them best suited to readers 10 and up. Here are the best children’s books ever written. 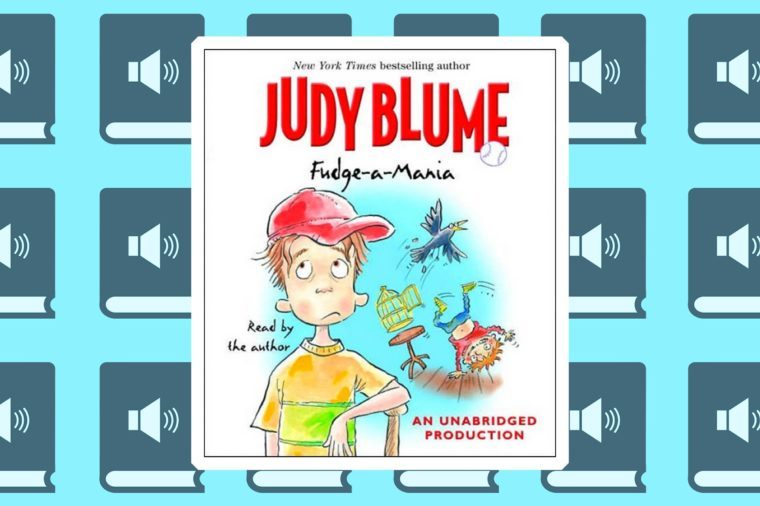 Beloved author Judy Blume reads aloud her own hilarious books about the beleaguered Peter Hatcher and his kooky little brother Fudge. The best one is the third, Fudge-a-Mania, which takes place in Maine, where Fudge moisturizes his baseball glove with Mom’s Oil of Olay and plans to marry Peter’s sworn enemy Sheila Tubman (ew). But start with the first, Tales of a Fourth-Grade Nothing, and you won’t be disappointed. The beauty of these books is that although they’re simple enough for kindergartners to understand, they’re so funny and realistic, older listeners can’t help getting engaged. The first book in The Fudge series was published in 1972 and has been a long-time favorite. Some of our new favorites are from our 2018 audiobook roundup. 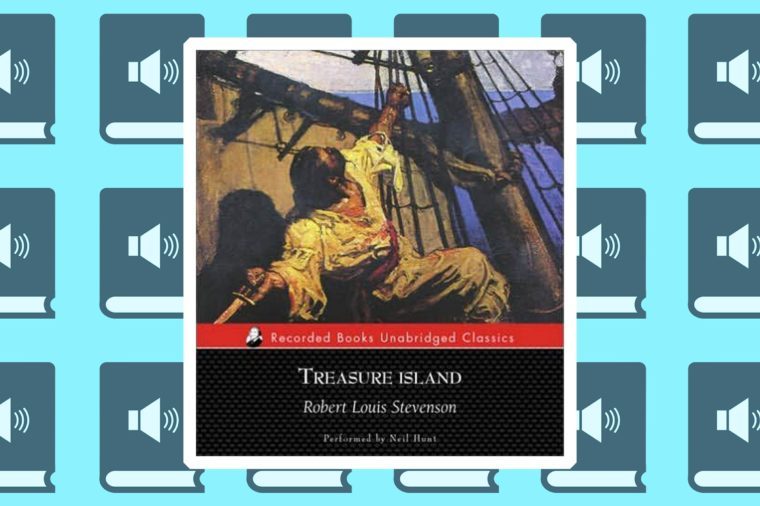 You may have to stop to explain some old-fashioned words here and there, but Robert Louis Stevenson’s classic seafaring yarn about a boy who finds a map to buried treasure and sails on the expedition to find is an enthralling roller coaster ride complete with pirates, parrots, one-legged men, and plot twists. Reader Alfred Molina has a rich, resonant, versatile voice that perfectly evokes Long John Silver, Billy Bones, the Black Dog, and the rest of the crew. Check out the best books to read as children—and adults. 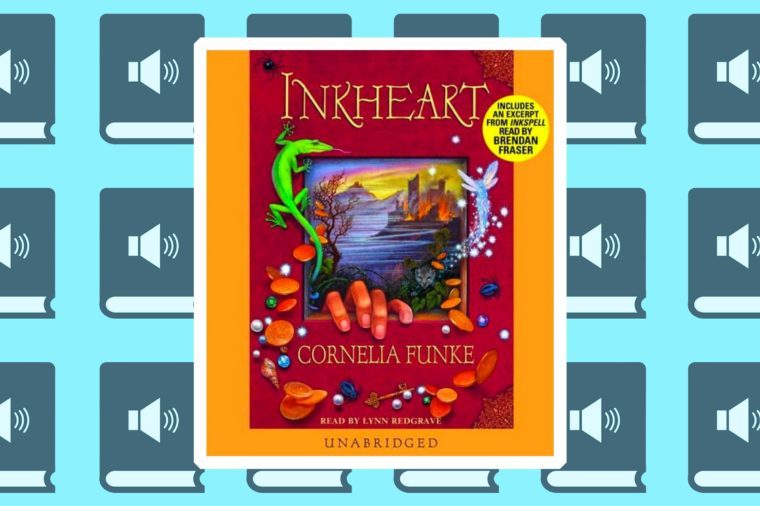 There’s something so perfect about listening to a story about the power and magic of reading aloud, especially when the reader is the celebrated late actress Lynn Redgrave. In Cornelia Funke’s international bestseller, “silvertongues” can bring characters and creatures out of books just by reciting the prose. Sometimes these literary refugees are miserable in our world, sometimes they’re thrilled—mostly the villains, and Funke excels at those. We also love the sequel Inkworld though the reader, Brendan Fraser, who starred in the movie version of the book, isn’t nearly as good. But as with Harry Potter, we don’t recommend the last book, Inkdeath, to readers under 11, as it’s all about, you guessed it, death.  Download the most popular book from any state you’re traveling to, to prep for your trip. 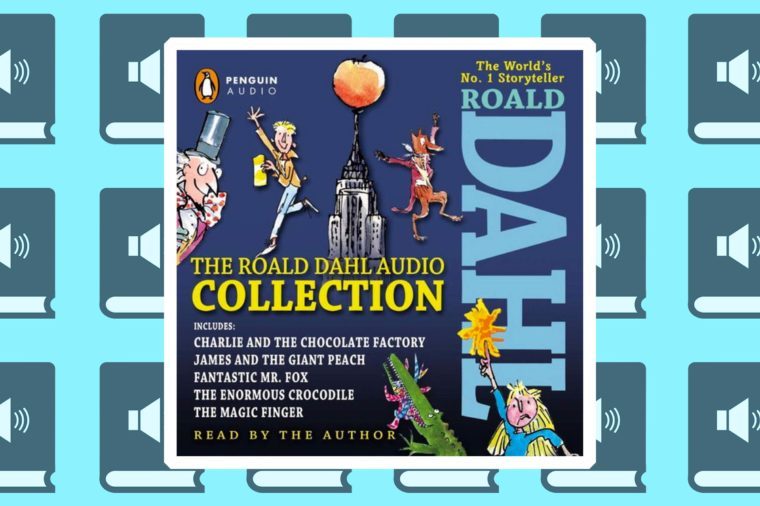 The late, great author reads five of his greatest hits, including Charlie and the Chocolate Factory, James & the Giant Peach, Fantastic Mr. Fox, and The Enormous Crocodile & The Magic Finger, in his deliciously dramatic, distinctive English accent, clearly enjoying his own vivid characters and unexpected plot twists, from James’s giant peach bobbing across the Atlantic Ocean to the Enormous Crocodile’s “secret plans and clever tricks” to eat a nice, juicy child (that somehow always fail). Die-hard Dahl fans should also get hold of Matilda as read by Kate Winslet, who does a great job bringing the precocious reader and her atrocious parents (and principal) to life. Here are the children’s books every adult needs to read again. 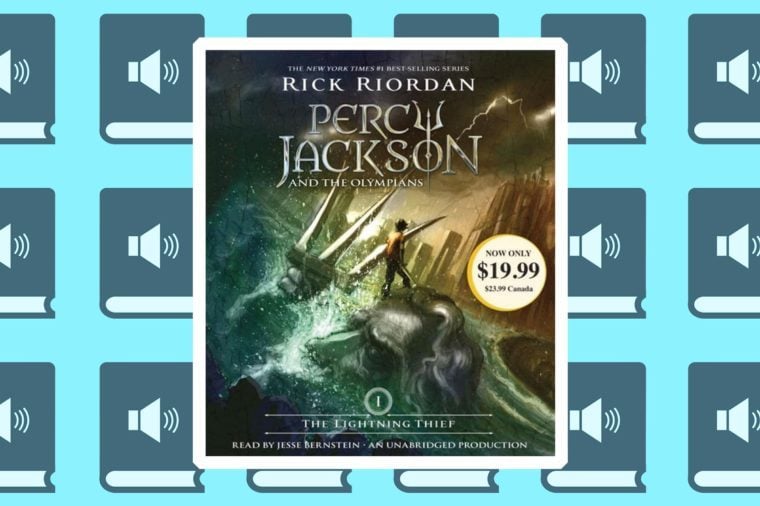 Rick Riordan reintroduced a whole generation to the joys of Greek mythology with these books, and the funny, clever, irreverent retelling of myths about the hero Perseus (Percy, Perseus, get it?) work beautifully as read-alouds, with a variety of young male readers. Some of our favorite details may go over your children’s heads, as when the elevator to Olympus, home of the weather god Zeus, plays a Muzak version of “Raindrops Keep Falling On My Head,” but we guarantee everyone in the car will be both laughing and sitting on the edge of their seat. Listening to Riordan’s many other mythological spin-off series would probably take you cross-country and back. Listening to books is just as educational as reading them yourself. After all, listening to audiobooks is just one of the ways to get smarter in your spare time. 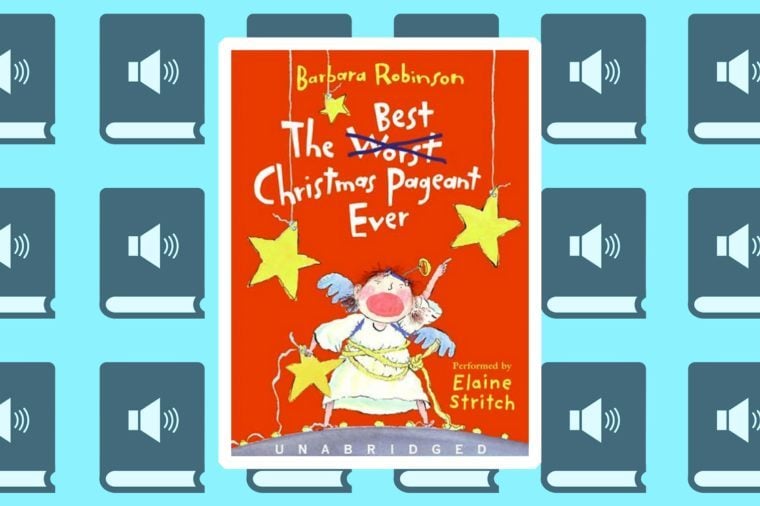 If you’ve never met Barbara Robinson’s funny, rotten, larcenous family of dramatically under-supervised children who never saw an event they didn’t want to take over, you’re in for a treat. Our favorite is The Best Christmas Pageant Ever, in which the Herdmans commandeer all the leading roles, smoke cigars in the church bathroom, and insist on supplementing the gifts of the Magi with a whole ham. But all the books are great, and reader Elaine Stritch’s raspy, brassy voice is wonderfully well-suited to the rollicking storylines. Big audiobook fan? You’ll love how Beijing turned these subway cars into audiobook libraries. 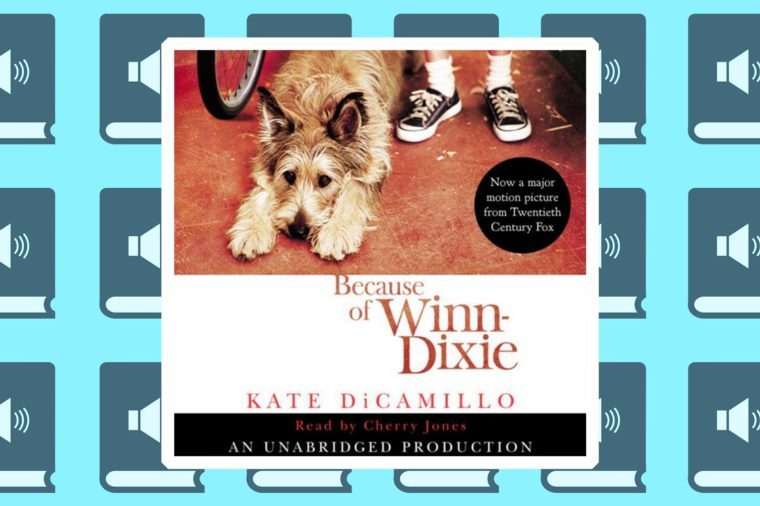 You might already be familiar with Kate diCamillo‘s heartwarming, heartfelt story about young India Opal, whose itinerant preacher father moves too frequently for her to make friends, and who finally finds community in Naomi, Texas, when she adopts a stray dog at the local supermarket. But as usual, the book is deeper and richer than the movie, and it lends itself especially well to being read aloud, especially by Tony Award-winning actress Cherry Jones in a charming Southern drawl. Don’t miss these 100 children’s books everyone should read in their lifetimes. 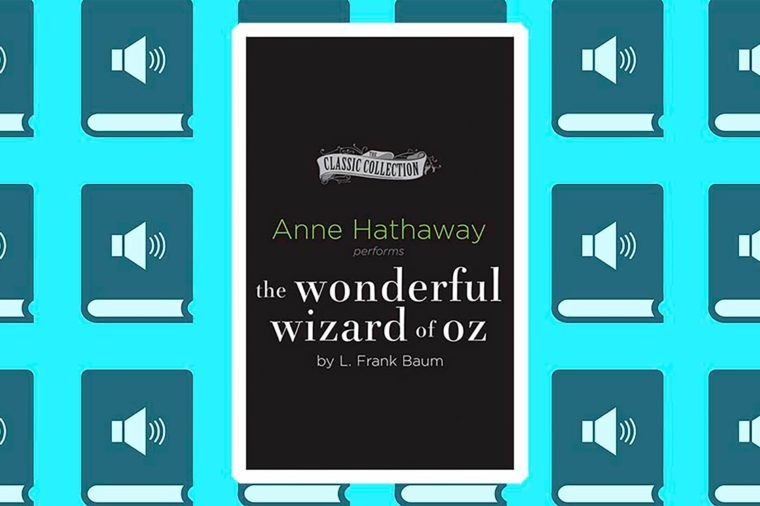 One of the great joys of audiobooks is sharing your old favorites with your kids. If you loved plucky Dorothy Gale, the Scarecrow, Tin Woodsman, Cowardly Lion, the assorted witches, flying monkeys, Munchkins, Quadlings, and other magical inhabitants of Oz, you and your family can discover them all over again together with this fabulous new recording by Oscar-winning actress Anne Hathaway. This one will while away the time so well, by the end you may disagree that “there’s no place like home.” Want great audiobooks without paying big? Here are all the best ways to download and listen to free audiobooks legally.