The McD's menu has changed so much—do you remember when the Quarter Pounder was new?!

Once lovin’ it, always lovin’ it

For roughly three-quarters of a century, McDonald’s has been serving burgers and beverages that taste the same in Alaska as they do in Alabama, but a lot has changed since the first McDonald’s menu made its debut in 1940 with these nine items. Here’s a taste: 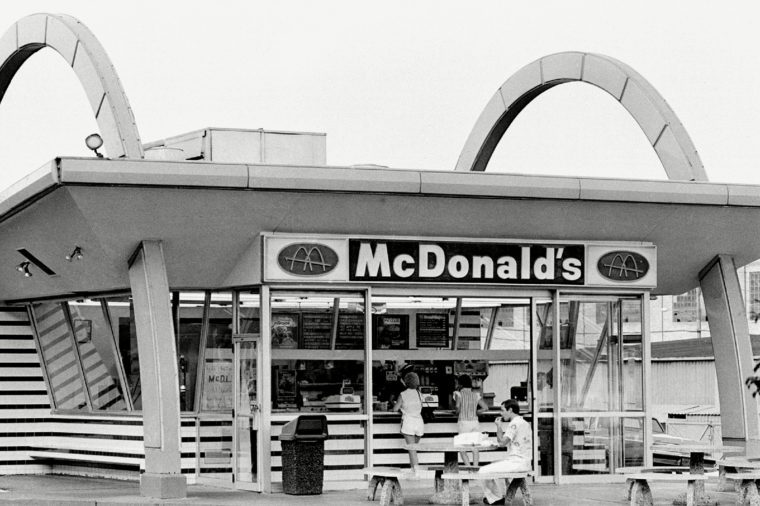 Did you know the first McDonald’s menu was barbecue-themed? Yup! The very first McDonald’s restaurant was opened by Dick and Mac McDonald as a car-hop on Fourteenth and E in San Bernardino, California. It offered a barbecue-style menu, and you can see an actual copy of that menu here! 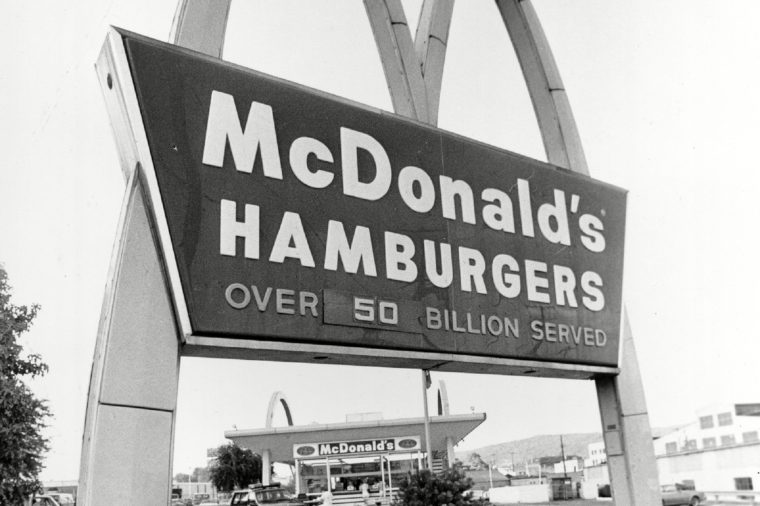 In 1948, in response to what caught on with customers, the McDonald brothers revamped their restaurant as a walk-up hamburger stand. There were only four food items on the menu (plus milk, coffee, and sodas):

The hamburgers sold for 15 cents, or about half as much as at a sit-down restaurant. Don’t miss these secrets that McDonald’s employees won’t tell you. 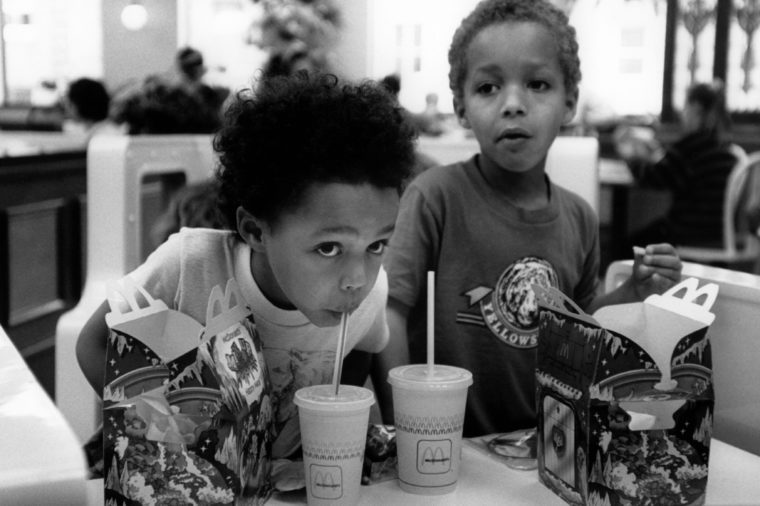 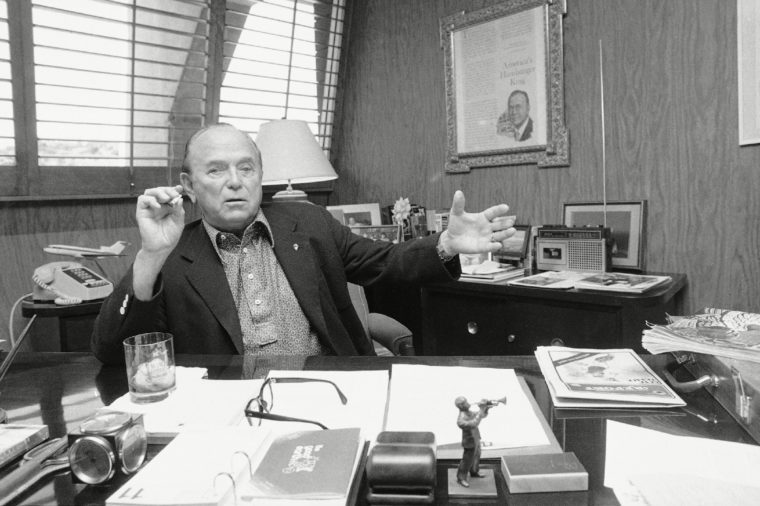 Ray Kroc isn’t a menu item, but he’s an important part of the restaurant chain’s story! He discovered the McDonalds brothers’ restaurant—with its simple menu and super-fast hamburgers. He signed on as franchising partner and opened the first McDonald’s east of the Mississippi in Des Plaines, Illinois. The menu, including the low prices, remained virtually the same. Ever wondered what the original McDonald’s prices were like? You can find out on McDonald’s first menu. 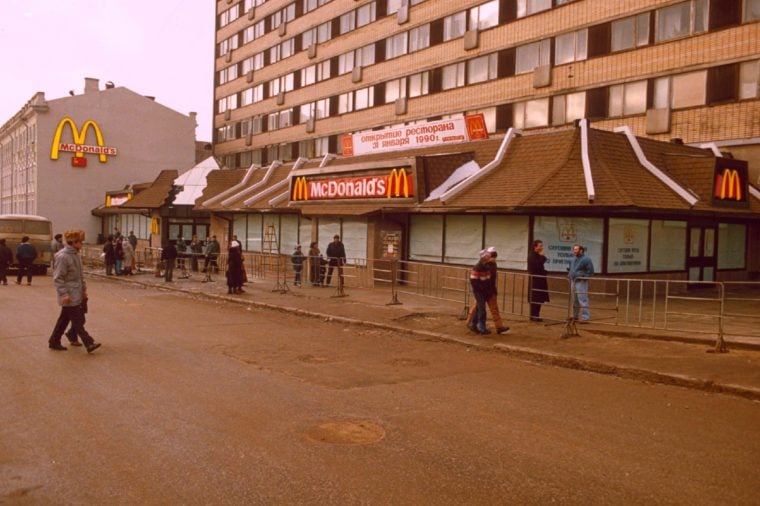 In 1961, Kroc purchased all the rights to McDonald’s. The first item he added to the national menu was the Filet-O-Fish sandwich, created by Lou Groen, a McDonald’s franchisee in Cincinnati, to help build volume among Catholics. It was advertised as “the fish that catches people.” You won’t believe what meatless offering they tried before the Filet-o-Fish—it’s one of the 11 McDonald’s menu items that failed miserably. 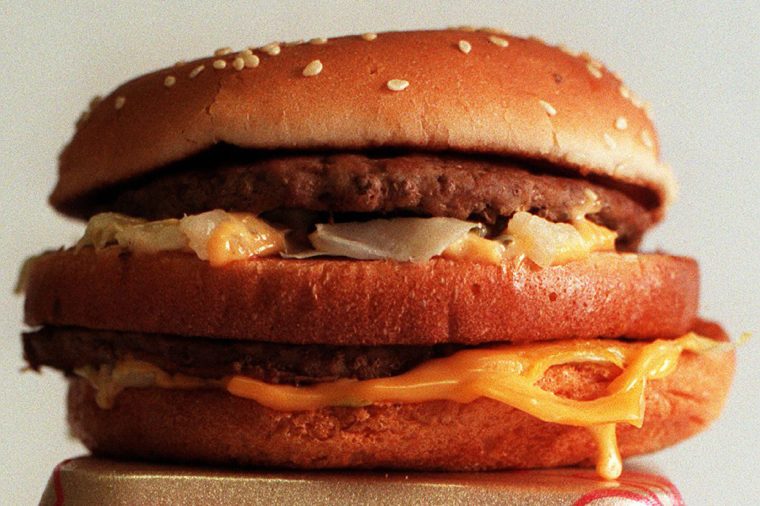 The Big Mac was developed by franchisee Jim Delligatti of Pittsburgh, Pennsylvania in 1967 and was added to the menu in 1968. You could buy it for about 49 cents. The first TV ad for the Big Mac appeared in 1969 and featured the memorable Ballad of the Big Mac: “Two all-beef patties, special sauce, lettuce, cheese, pickles, onions—on a sesame seed bun!” The McDonald’s Hot Apple Pie was also introduced in 1968. Back then it was deep-fried. Who could ask for more? Well, we have more—more facts about the McDonald’s Apple Pie, that is. 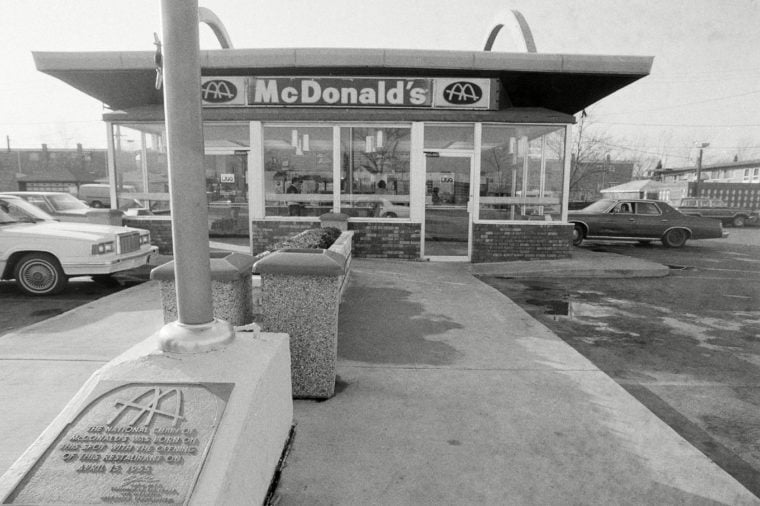 The Shamrock Shake was introduced to celebrate St. Patrick’s Day. It originally had a lemon-lime flavor—really! (The mint-vanilla debuted in 1973.) Find out where to get a Shamrock shake near you, or, make it yourself with this handy copycat recipe. 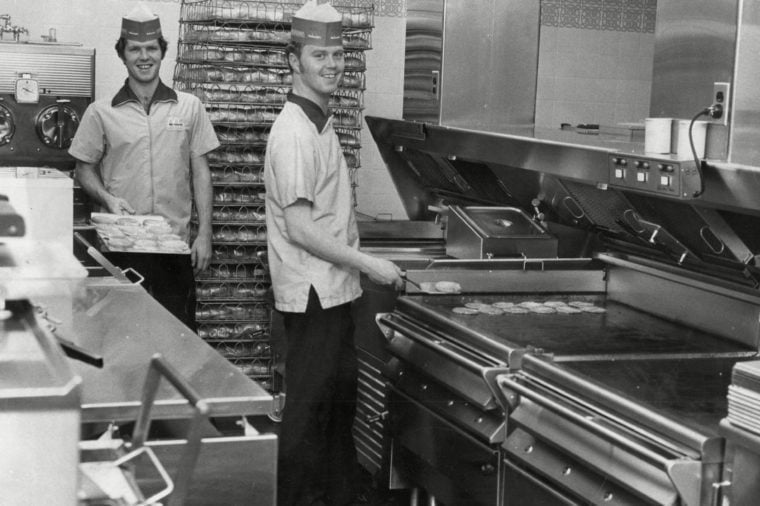 The Quarter Pounder was introduced in Fremont, California in 1971 but became part of the national menu in 1973. The 4-ounce all-beef patty, topped with ketchup, mustard, slivered onions, and two dill pickles served on a sesame seed bun, sold for 60 cents, according to this photo of a 1973 menu. For an extra 10 cents, you could upgrade to a Quarter Pounder with Cheese. You may still be able to get a quarter pounder when you pull up to the drive-through, but you can say goodbye to these things you won’t find in a McDonald’s anymore. 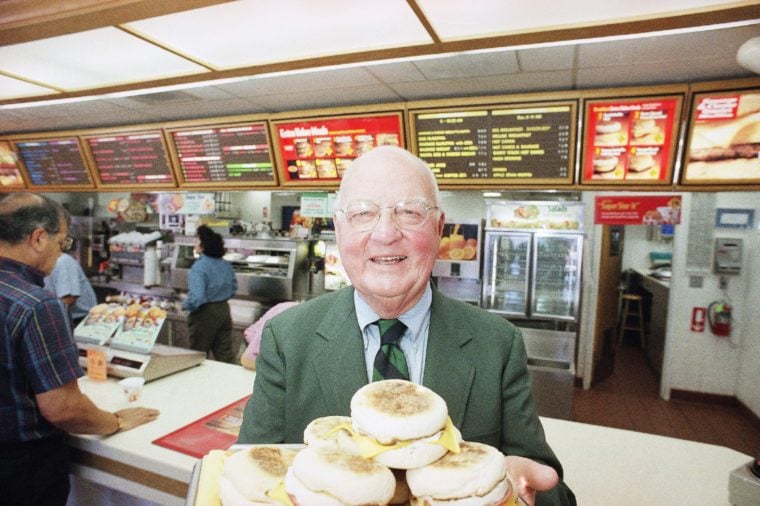 The Egg McMuffin was created by Herb Peterson of Santa Barbara, California in 1972 and added to the national menu in 1975. It sold for about 63 cents at the time–what a steal! The complete McDonald’s breakfast arrived in 1977. Check out these 75 mind-blowing McDonald’s facts. 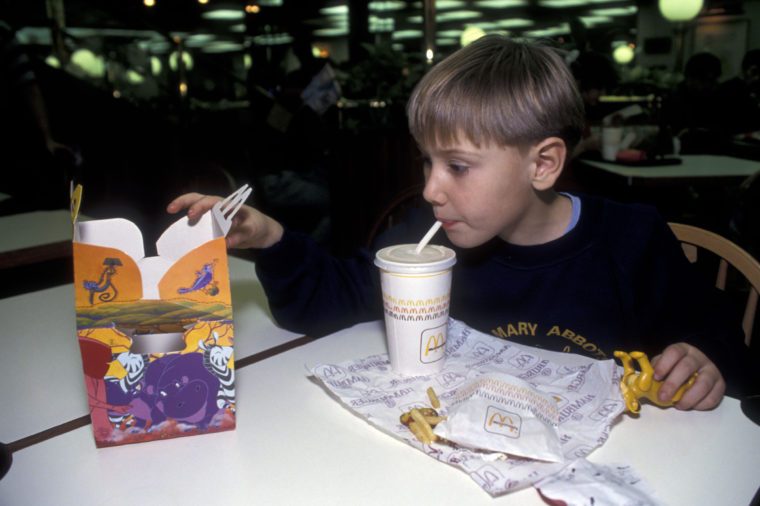 Turns out the Happy Meal was inspired by popular kids’ cereal that packed toys in the box. They were also in high demand by parents who didn’t want kids “picking” at their own fries. Don’t miss the secret ingredient that makes McDonald’s fries so irresistible. 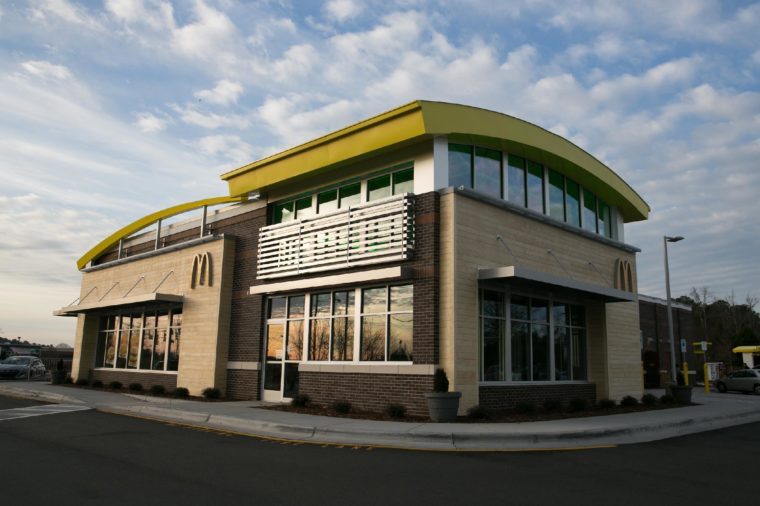 The McRib might never have happened if it weren’t for a chicken shortage in the late 1970s. In response to what McDonald’s feared would be a run on McNuggets, the McRib was born…with a one-word slogan that many Gen-Xers will never forget: Chomp. There’s a reason why McDonald’s keeps bringing back the McRib. 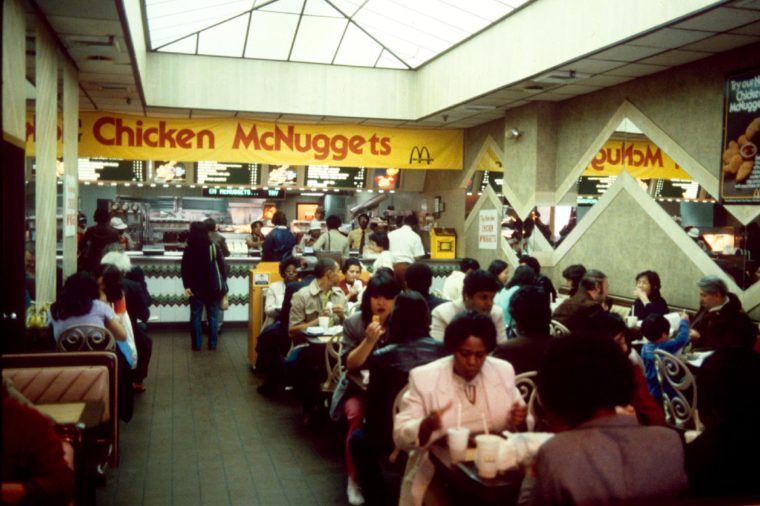 Chicken McNuggets, served in some local restaurants as early as 1980, were introduced to all McDonald’s locations in 1983. What’s better than a good ol’ McNugget? Here are some things you never knew about McDonald’s chicken nuggets. 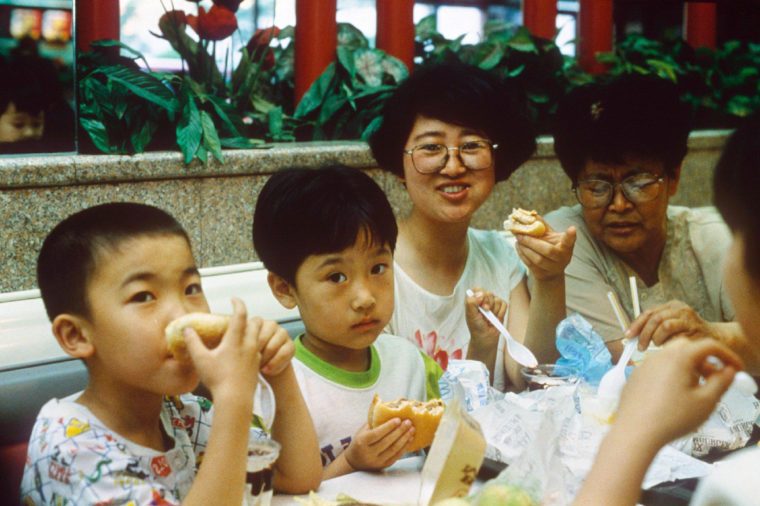 When the McRib disappeared from the McDonald’s menu, “Mouths were sad. Hope was lost,” according to The Blaze. But it’s been making short appearances here and there over the years since 1994. In 1985, the McDLT was rolled out to satisfy those who preferred a burger with fresh leaf lettuce and tomatoes (like Burger King’s famous Whopper). McDonald’s had been resisting adding fresh veg to their hamburgers until they came up with a two-compartment box that could keep the cold ingredients away from the hot ones, so the lettuce would stay crisp. You may not be able to pick up a McDLT anytime soon, but you can get any of these items from the McDonald’s secret menu. 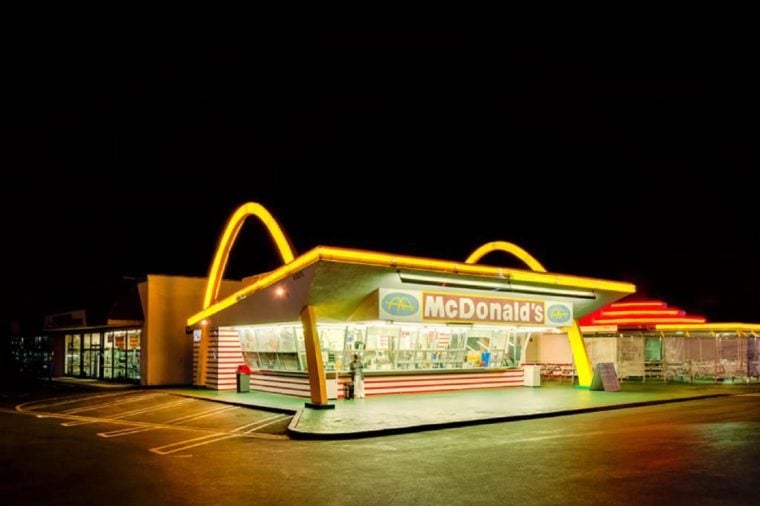 Following the lead of other fast-food restaurants, McDonald’s started offering healthier choices in 1986 with its salads, according to the Washington Post. They’re still going strong today with options like the Southwest Grilled Chicken Salad. Not bad! These are the healthiest things you can order at McDonald’s. 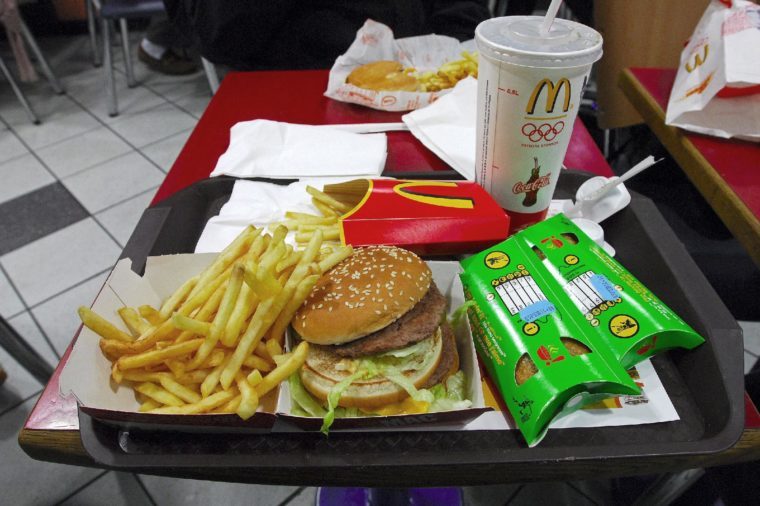 Appealing to customer preferences and trends, the fried apple pie was replaced by a baked variety in 1992. Today, the baked pies are filled with six apples that are handpicked in the U.S.: Fuji, Golden Delicious, Jonagold, Rome, Gala, and Ida Red. Learn the secret behind why McDonald’s apple pies are so delicious. 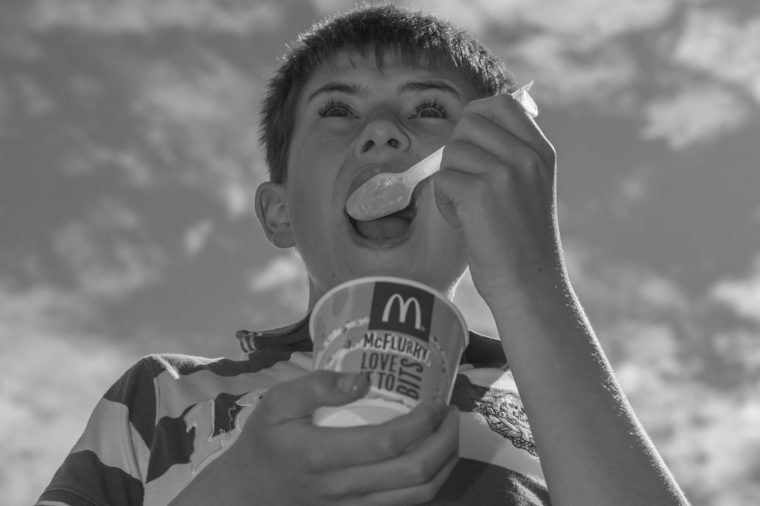 McFlurry Desserts, invented by Ron McLellan, were added to the McDonald’s Canada menu in 1995 and are still the talk of Canadians debating whether Smarties or M&M’s make a better mix-in. Sadly, there are obstacles to getting a McFlurry—here’s why the ice cream machines at McDonald’s are always broken. 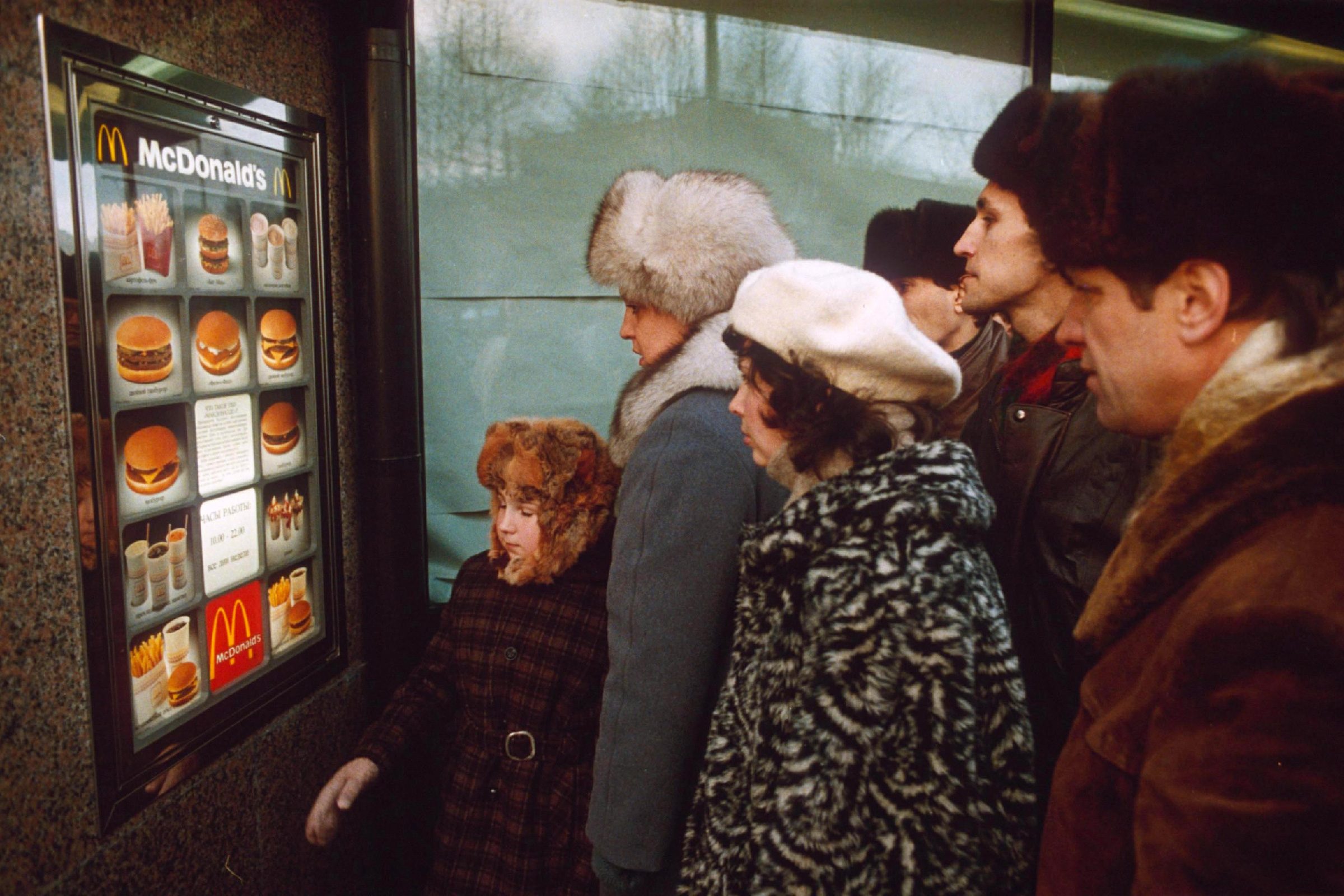 The early aughts brought forth a number of new menu items that didn’t last long, according to Thrillist. Do you remember the Bratwurst, the Cheddar Melt, the McPhilly Cheesesteak, Mighty Wings (with a brief comeback in 2013), Chicken Flatbread, or the Corndog? Must’ve slipped our memory! But 2000 was also the year the Fruit ‘N Yogurt Parfait was introduced, and it’s still going strong. The sweet McGriddle breakfast sandwich made its way to menus in 2001, too. These are the most popular McDonald’s menu items of all time. Honorable mention: The Big ‘N Tasty made its first appearance on the national menu in 2001 and lasted nearly a decade. 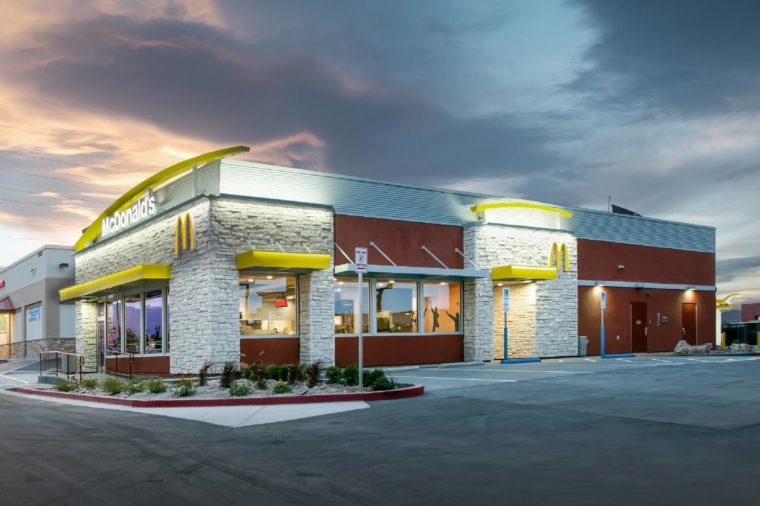 Something you never expected to see on the McDonald’s menu—oatmeal! You might be surprised by some of the ingredients, but it’s still around, so you can check it out for breakfast. Before you dig in, however, you may want to learn the truth about McDonald’s oatmeal. 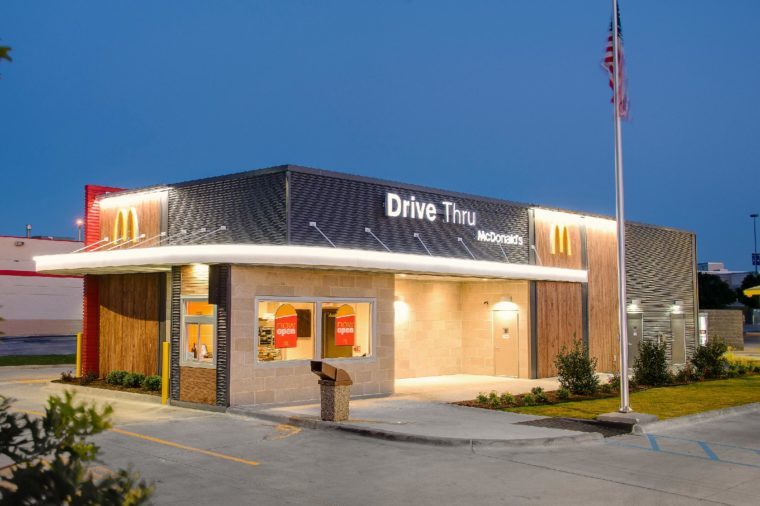 People have hankered for all-day breakfast from McDonald’s since the introduction of the Egg McMuffin. In 2015, it finally happened! The all-day breakfast made it possible to order hotcakes and hashbrowns from dawn ’til dusk. The hashbrowns may be our favorites too, but we’re still pretty jealous of these McDonald’s breakfast items from all around the world.