How Accurate Are Punxsutawney Phil’s Predictions?

When it comes to weather predictions, it's might be fun to consider the predictions of a furry rodent's shadow, but there are better ways to guesstimate how long winter will last.

Once upon a time in Germany, Candlemas Day, when candles were distributed to bring light to folks through the winter, was the harbinger of spring; a cloudy day meant a thaw was coming soon. Eventually, a hedgehog was added to the mix, and if said wee beast saw its shadow on Candlemas Day, winter was due to stretch on for another six weeks. German settlers in Pennsylvania switched it up to the regionally abundant groundhog, according to History.com. And in 1887, members of the Punxsutawney Groundhog Club declared that one groundhog alone—Punxsutawney Phil, probably named for the U.K.’s Prince Phillip—would henceforth be a predictor of spring on February 2. Find out more about the history of Groundhog Day.

How accurate is he (or she)?

Punxsutawney Phil comes with his own catchphrase, which is actually part of his official name: “Seer of Seers, Sage of Sages, Prognosticator of Prognosticators, and Weather-Prophet Extraordinary.” Big words. But how close to the truth are they? According to the Stormfax Weather Almanac, all told over a century-plus—and there are years, in the early days of the tradition for which no records were preserved—the groundhog has a 39 percent rate of accuracy. It’s not great. But then again, considering the source is a mammal that lives in a hole, it’s pretty astounding. Learn about why Bill Murray hated the movie “Groundhog Day.”

Oddly, Punxsutawney Phil—who legend has it is really the same groundhog that started the tradition in the 19th century (note: groundhogs live about ten years in the wild)—has a track record that varies in consistency based on whether he’s predicted an early spring or long winter. Reports Live Science, he’s predicted more winter 104 times, and a fast-approaching spring only 20 times. But he’s got a 47 percent rate of accuracy with his early spring predictions; that’s when he has failed to see his shadow—or rather, failed to cast a shadow; official rules don’t require him to take notice.  Meet 10 other famous groundhogs, outside of Punxsutawney Phil. 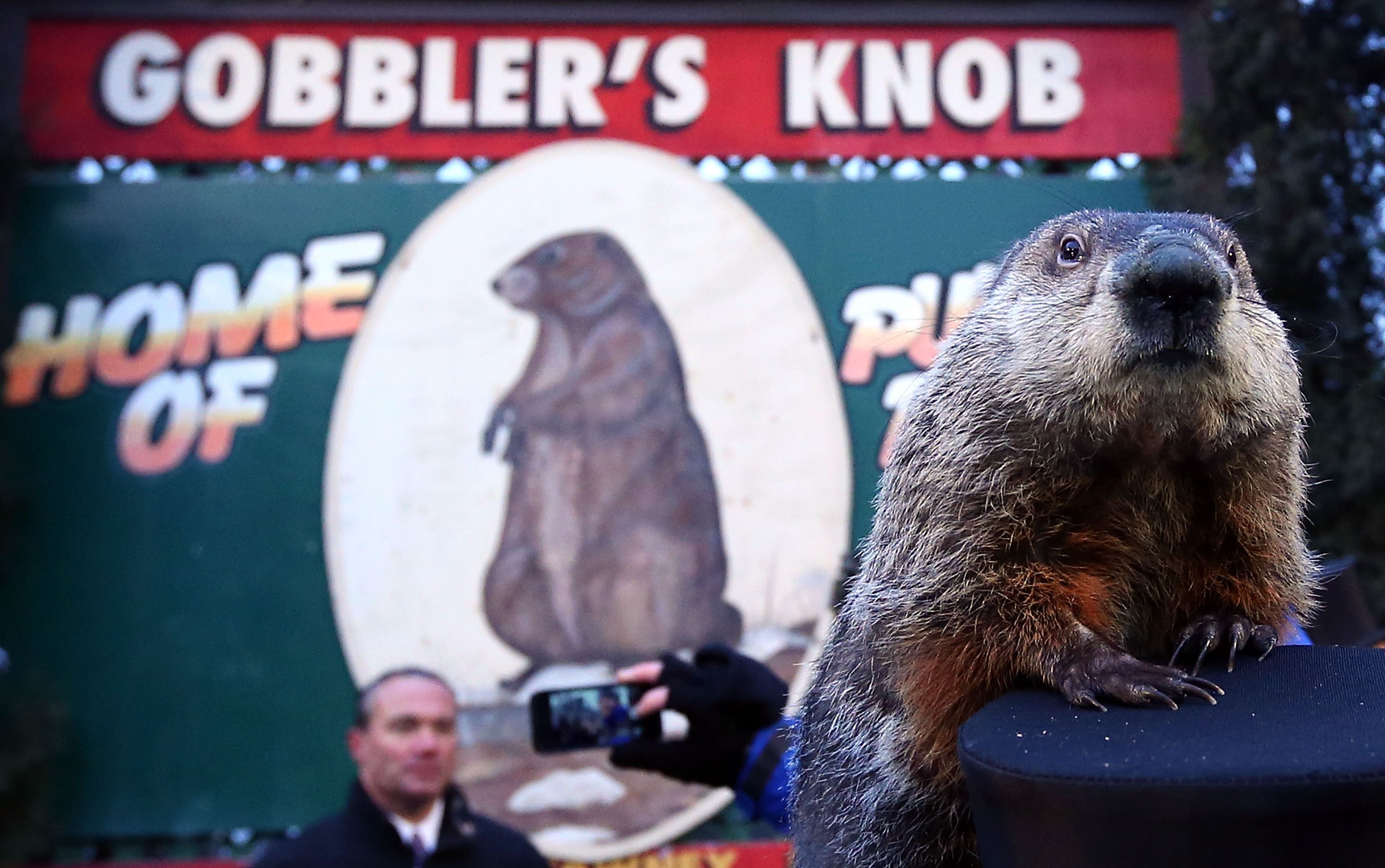 Getting worse over time

If, as the Punxsutawney Groundhog Club continues to maintain, there has only been one Punxsutawney Phil who lives in the Gobbler’s Knob library with his wife, Phyllis, kept alive by a magical potion all these long years, then maybe it’s time to let the old guy retire. Apparently, his track record when it comes to predictions has been waning over time. In fact, as a meteorologist from the Weather Underground told Live Science, from 1969 onwards, his accuracy has dropped from 39 percent to 36 percent. That groundhogs are lousy at predicting the weather is one of 16 groundhog facts everyone should know.

How he compares to human-made predictions

Let’s be honest, a 39-percent rate of accuracy is nothing to bank on, even if it is an impressive feat for a rodent. Using all the tools at their disposal, human weather forecasters at the National Weather Service and elsewhere are able to predict the length of winter about 60 percent of the time. And, as has been pointed out, flipping a coin, which gives you a 50 percent rate of accuracy—the same rate as the Farmer’s Almanac‘s winter weather predictions—would still be a more reliable measure of the amount of winter we’ve got left than hauling out a groundhog one day a year. But it’s also a lot less fun. Check out the most memorable mishaps from Groundhog Day.

There’s no such thing as “wrong”

Nevertheless, Punxsutawney Phil’s handlers insist that his predictions are never actually wrong, they’re just misinterpreted by highly fallible humans, writes Mental Floss. But previous caretakers of the groundhog were not always so ingratiating to their charge—whether they believed his predictions or not. As Time magazine reports, back in the early years of Groundhog Day, the guest of honor was most likely eaten for dinner. Is that any way to treat your weatherman? Follow these strategies for predicting the weather all on your own.