It didn’t take long for Groundhog Day, the 1993 comedy about a contemptuous television weather reporter who repeats the same day over and over, to gain cult classic status. It even won a British Academy of Film and Television Arts (BAFTA) film award for Best Original Screenplay. Considering the film’s notoriety, it will probably come as a big surprise to learn that its star, Bill Murray, hated the flick. Not only was he displeased with the final product, but he was downright miserable during production. What made Murray so unhappy with a movie that boasted a smart, funny script? Well, there are several factors that come into play. Speaking of groundhogs, read up on these other famous groundhogs besides Punxsutawney Phil.

First and foremost, Murray had the idea that Groundhog Day should be more of a thinker piece; the type of movie that makes you question life and our very existence. According to Joe.ie, he didn’t agree with the comedic vision of writer/director Harold Ramis, who also happened to be one of his good friends. While Murray is a legendary actor with the ability to make magic out of any role he is assigned, clearly Ramis was onto something his own ideas for Groundhog Day. Still, this irked Murray the entire time he was on set. Reportedly he constantly tried to persuade the creative team to look at the project differently. Check out these outrageous facts about Bill Murray. 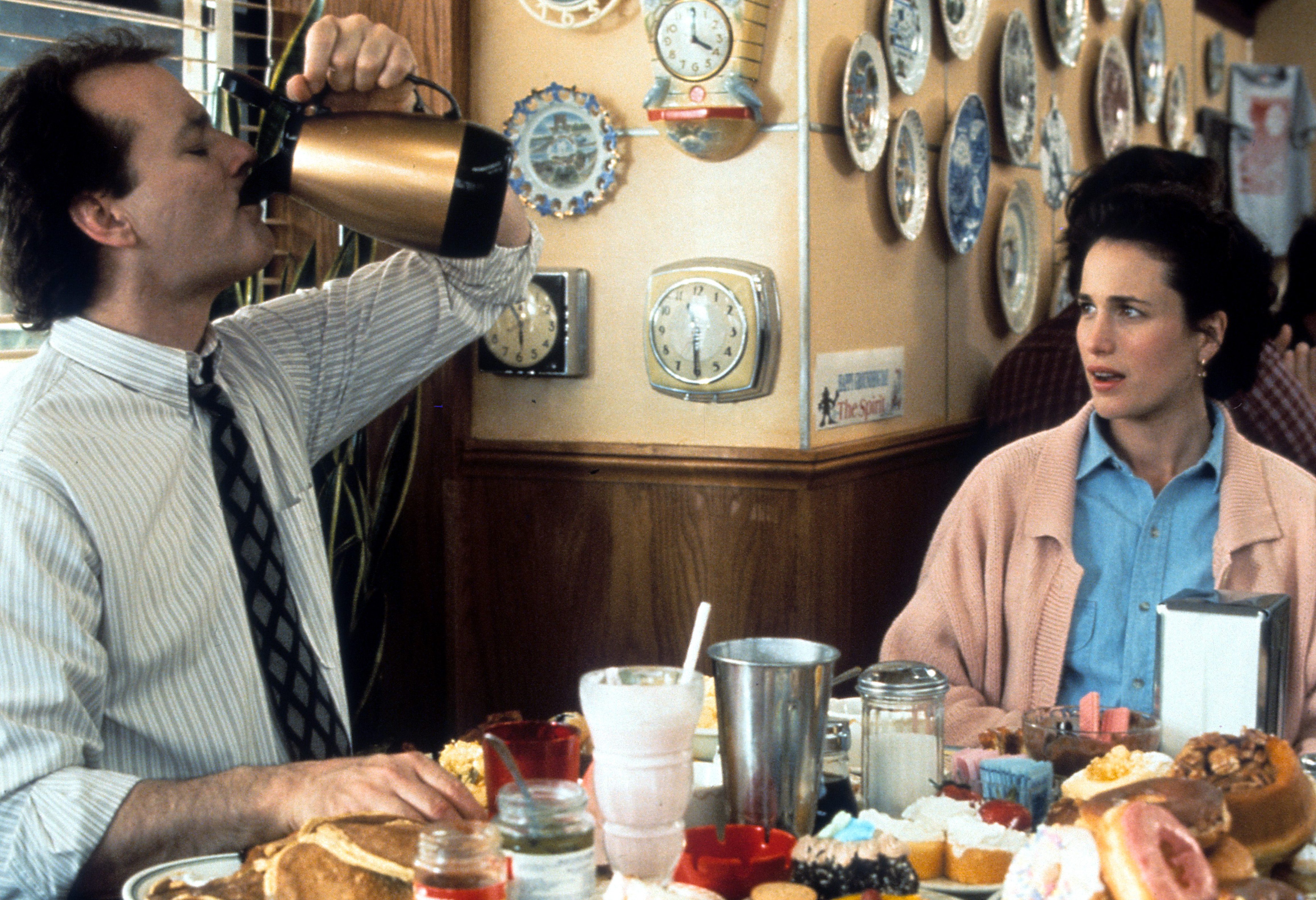 “He asked me to really slap him,” MacDowell said in an interview with The Wrap. “It’s hard to hit someone that many times!”

Not only did he receive a series of slaps from MacDowell, but that snowball fight scene was no piece of cake, either. Ramis reportedly directed the snowball-throwing kids to really nail Murray, which just sounds unpleasant. These are a few surprising facts you need to know about the real Groundhog Day.

There’s some speculation that Murray didn’t care for Groundhog Day because it was one in a series of films he did with Ramis. The pair had become a highly-coveted comedic team after working together on a stream of hit comedies (more on that below). Allegedly Murray was concerned that people might attribute his big-screen success with Ramis and Ramis, alone. Whether or not this is true is up for debate, but after Groundhog Day premiered, the two friends didn’t speak again for over two decades. “At times, Bill was just irrationally mean and unavailable; he was constantly late on set,” said Ramis, who passed away in 2014, in an interview with the New Yorker. “What I’d want to say to him is just what we tell our children: ‘You don’t have to throw tantrums to get what you want. Just say what you want.'”

While Groundhog Day was in production, Murray was experiencing a shakeup in his personal life, which could also contribute to his distaste for the film. The actor was in the middle of a divorce from his first wife, Margaret Kelley, with whom he shares two children. According to Uproxx, any personal stress quickly became evident on set. They report he showed up to work well past his assigned call time and would regularly throw what was described as “tantrums” whenever he and Ramis would disagree over the way a particular scene should play out. It stands to reason that the movie could be a reminder of a difficult period in his life, pretty ironic considering his character Phil has to endure experiencing the same horrible day over and over again on Groundhog Day. Here’s why we celebrate Groundhog Day in the first place. 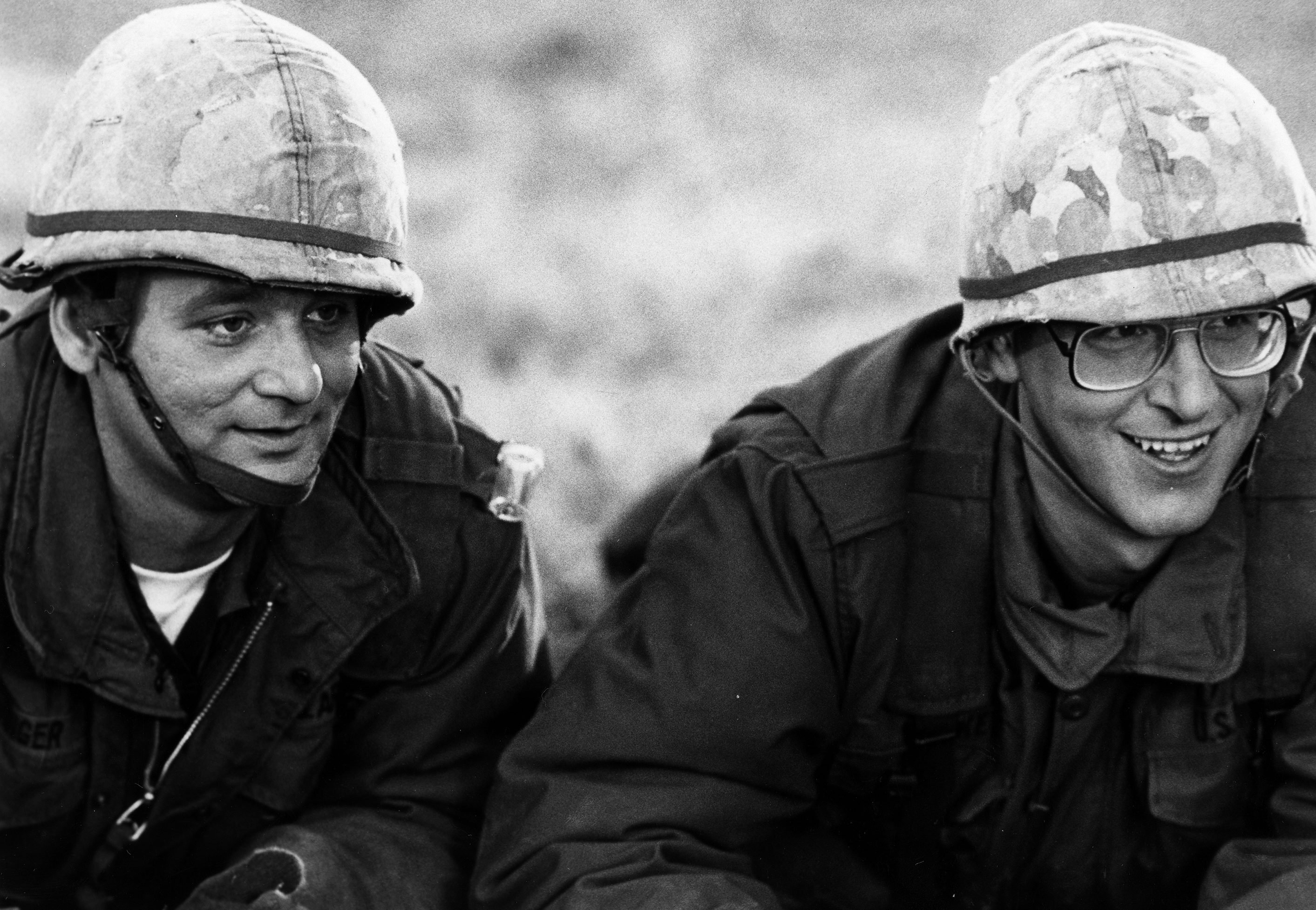 Michael Ochs Archives/Getty ImagesGroundhog Day also marked the end of Murray’s close friendship with Ramis, seemingly due to the actor’s disappointment with the movie. Murray never spoke of the dissolution of their relationship, but Ramis opened up about his former friend to AV Club. “I think if you looked at his career, he got tired of being the crazy, life-of-the-party guy,” he said. “That’s quite a load to carry, and he carried it a bunch of times so successfully, and he just didn’t want to do it anymore, and started exploring this more adult, serious side of himself. That’s fine, I’d admired and respected it, and like his work in those films. I just had so little social contact with him that I don’t have any perspective on anything he does, thinks, or feels, and he gives no clues.”

Sadly, it wasn’t until just before Ramis died from an autoimmune disease that Murray tried to reconcile their friendship. In her memoir Ghostbuster’s Daughter: Life with My Dad, Harold Ramis, Violet Ramis Stiel, the director’s daughter, said that Murray came by to bring her dad doughnuts and chat. At this time Ramis had lost most control of his speech but the pair spent some time together regardless of any communication issues. After Ramis passed away, Murray released this statement about his friend: “Harold Ramis and I together did the National Lampoon Show off Broadway, Meatballs, Stripes, Caddyshack, Ghostbusters, and Groundhog Day. He earned his keep on this planet. God bless him.” Find out how you can visit some of the locations where Ghostbusters was filmed. 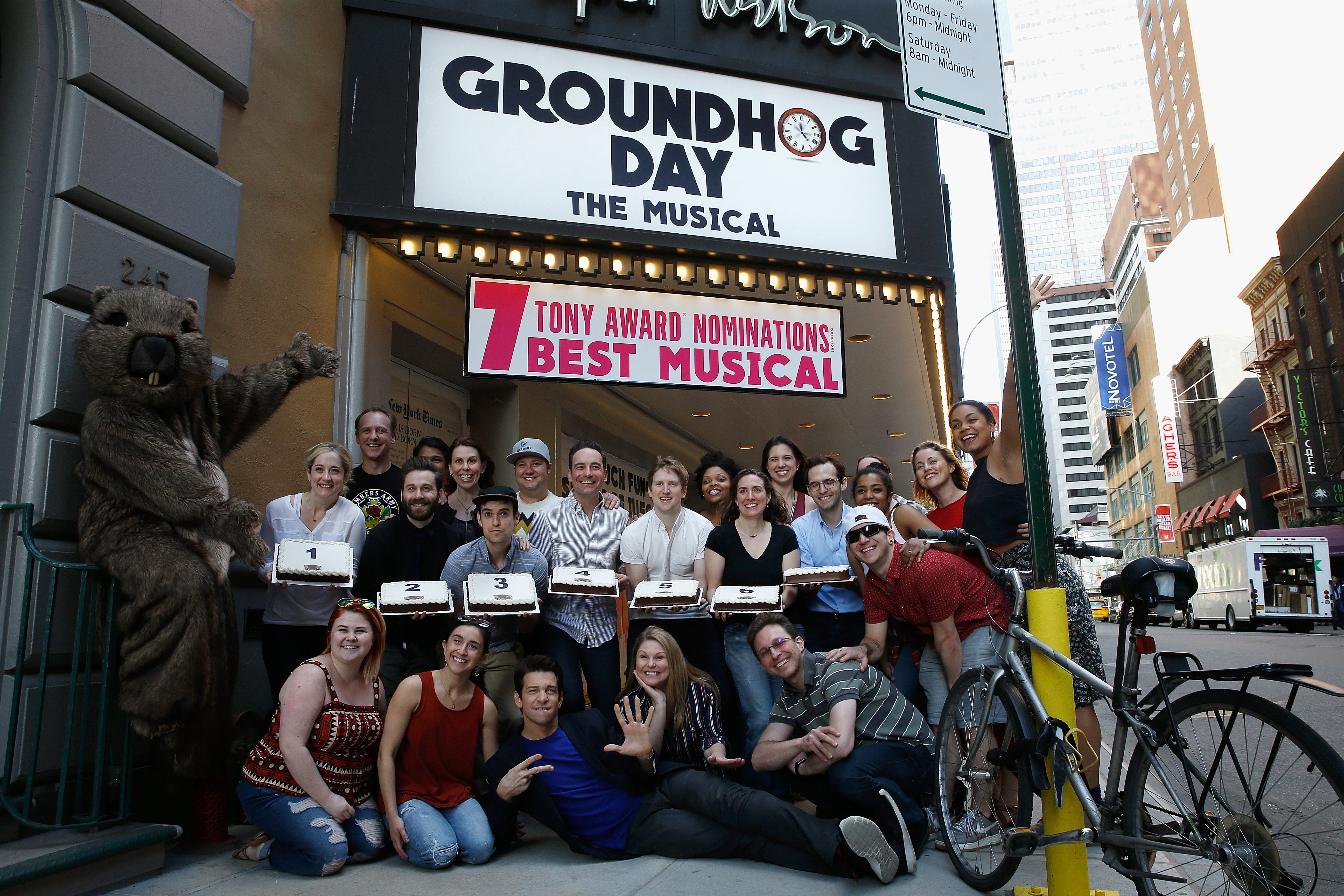 John Lamparski/Getty ImagesWhen a Broadway version of Groundhog Day came to fruition, no one really expected Murray to pop by the theater to catch the show considering how much he despised the film. But as per usual, the actor was full of surprises. Not only did he go to see the show once, but he also went back the next day as well. In fact, the production even produced a few tears. “The idea that we just have to try again. We just have to try again,” Murray said. “It’s such a beautiful, powerful idea.” He even commended the show’s cast and crew for their phenomenal efforts. “As actors, I can’t respect enough how disciplined you are and how serving you are of the process,” he told them, according to Rolling Stone. “There’s nothing worse than seeing someone that’s out for themselves. And you are all in it for each other.”

Seeing as Murray and Ramis reconciled, he enjoyed Groundhog Day on Broadway, and appears to be in a much more content place in life, would he consider a reboot? In short: Don’t hold your breath. “People always say, ‘Let’s do Groundhog Day again,'” said MacDowell, in an interview with the Hollywood Reporter. First of all, Bill Murray’s never going to do it, so you can forget that,” she said. “I know him. He’s not going to do it.” Hey, Murray lived Phil Connor’s life repeatedly for the entire duration of the first production. It’s safe to say this is one role he’s happy to leave in the past, no matter how much fans clamor for more. Besides, not all movies deserve a reboot, including these remakes that should have never been made.

How Accurate Are Punxsutawney Phil's Predictions?

Why Burt Reynolds Hated One of His Most Famous Roles