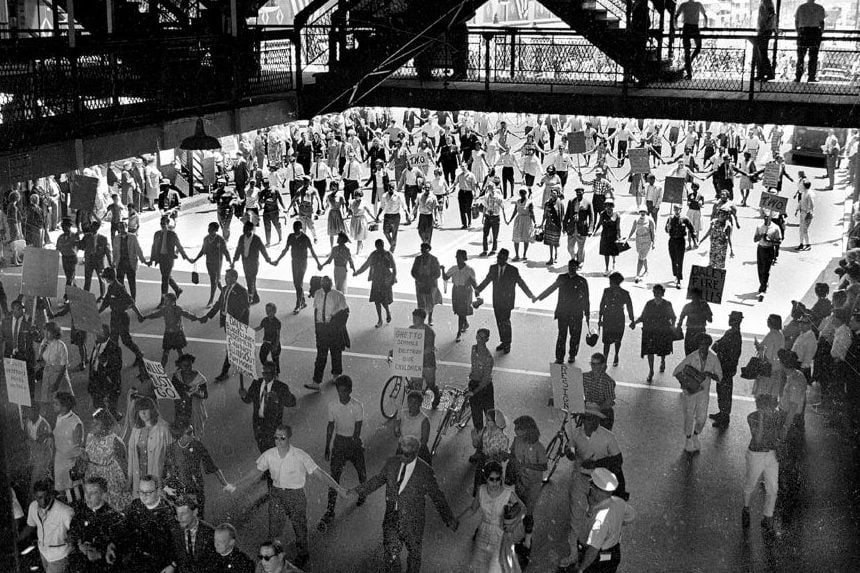 In a world where there is so much hate, it can be challenging to feel hopeful for what the future holds, but it’s important to remember that public outrage, loud voices, and most importantly, united people have historically inspired change. We have compiled some photos that illustrate humans coming together over the years to fight for what’s right that will hopefully inspire you to keep pushing forward. Whether you are out in the streets or sending emails to representatives from the privacy of your own home, we have the opportunity to connect with one another in more ways than one. 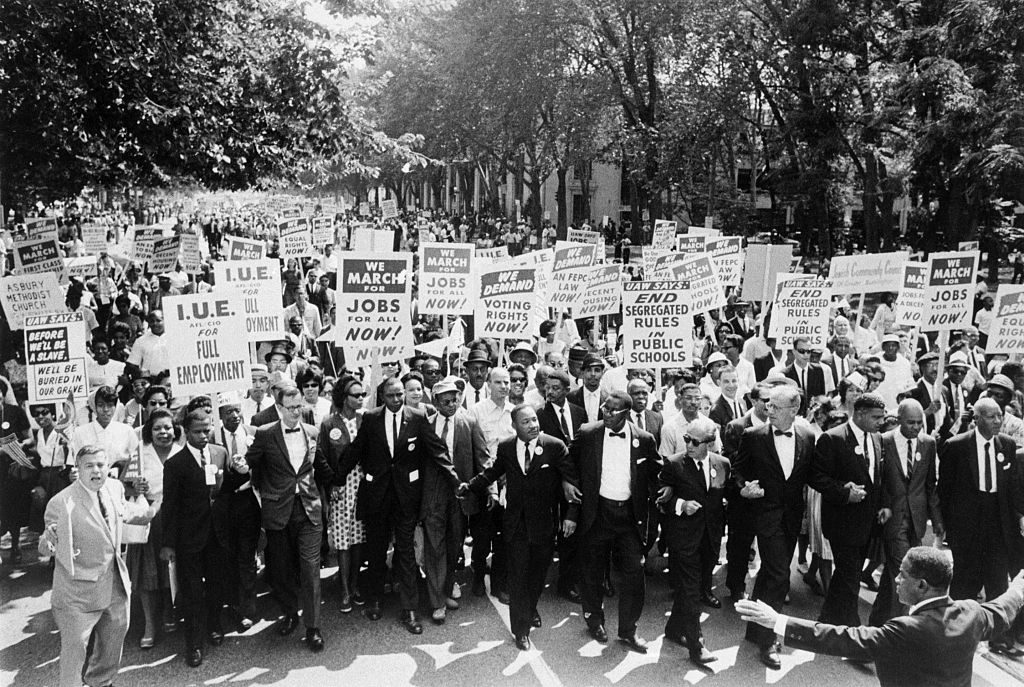 Taken in 1963 in Washington, D.C., leaders of the March on Washington lock arms and hold hands as they rally down Constitution Avenue. Director of the march, A. Philip Randolph, can be seen at the far right next to Roy Wilkins, executive secretary of the National Association for the Advancement of Colored People (NAACP), is second from the right. Martin Luther King Jr. is front and center. The March on Washington was a huge protest when 250,000 people congregated in front of the Lincoln Memorial and aimed to call attention to the continuing challenges and inequalities faced by Black Americans in the United States. This was also when Martin Luther King Jr. delivered his iconic, “I Have A Dream” speech. Don’t miss these rarely seen photos of Martin Luther King Jr. 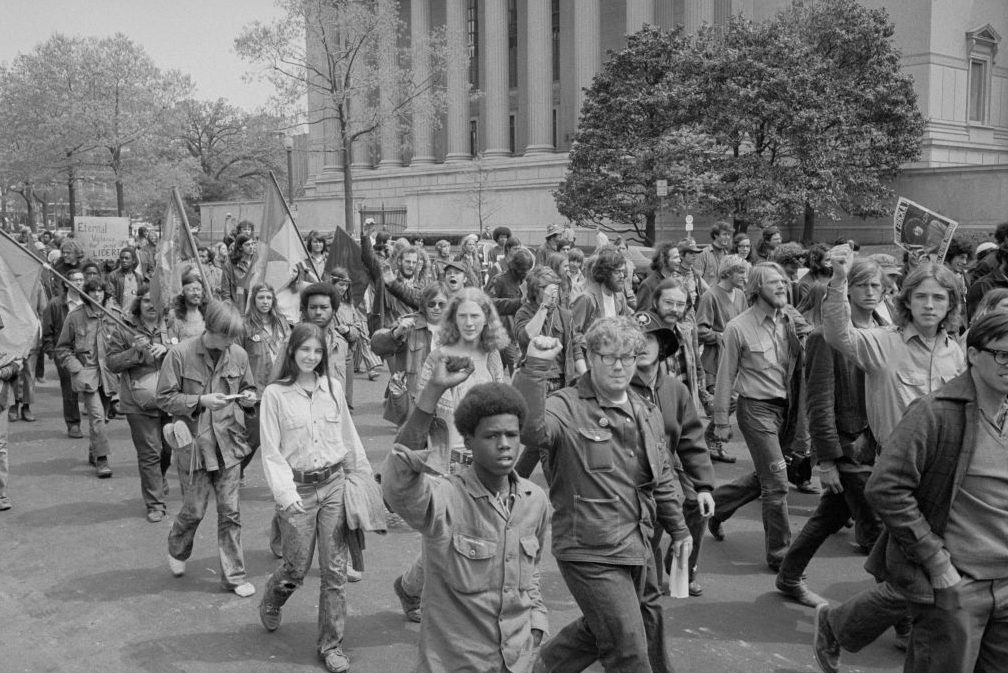 Vietnam War protesters march in front of the Justice Department in Washington, D.C., in 1971. Small rallies began in 1967 to protest the thousands of deaths from the war. 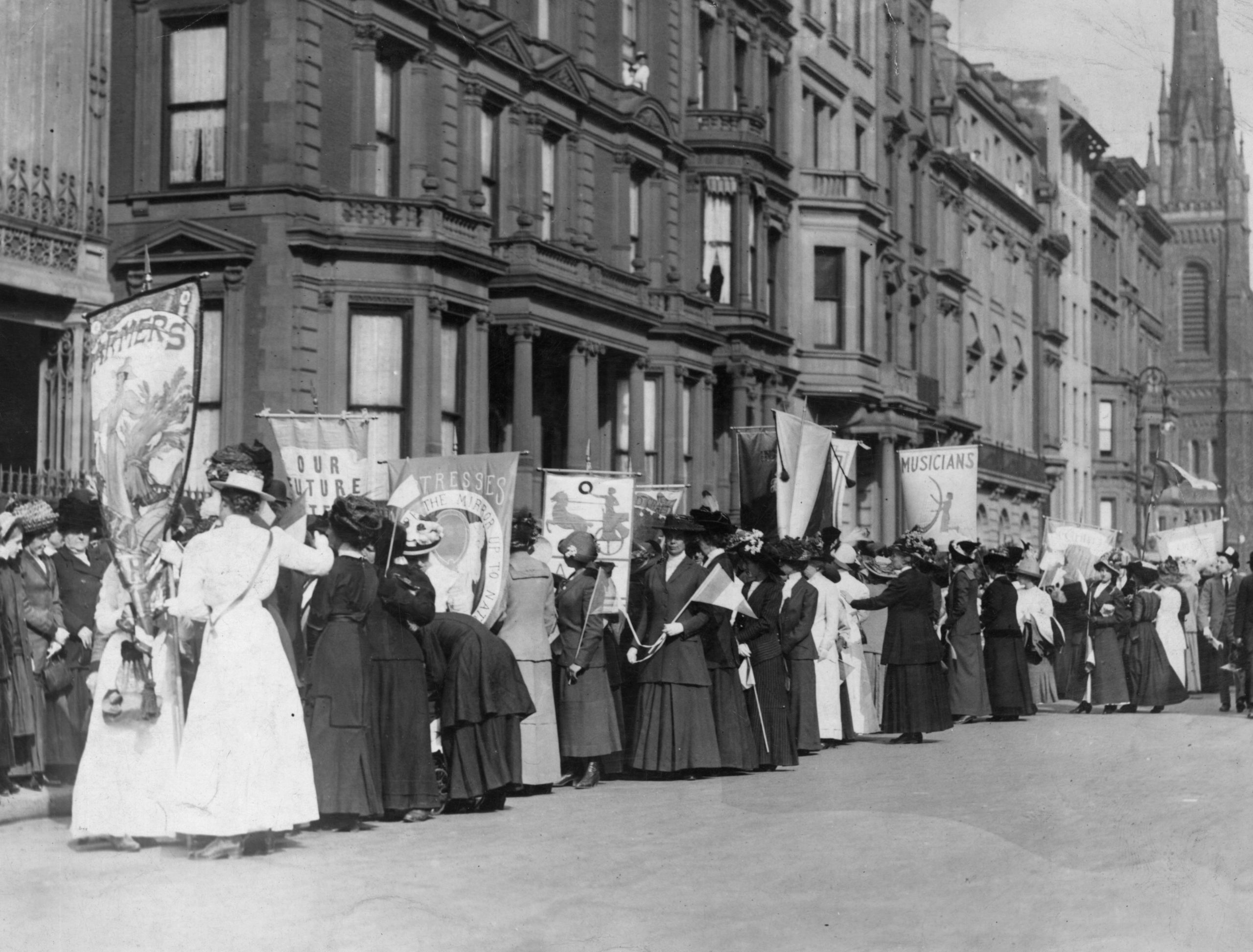 In 1913, a crowd of women representing the various professions on a Women’s Suffrage Movement parade through New York City. Check out these women pioneers who changed the world. 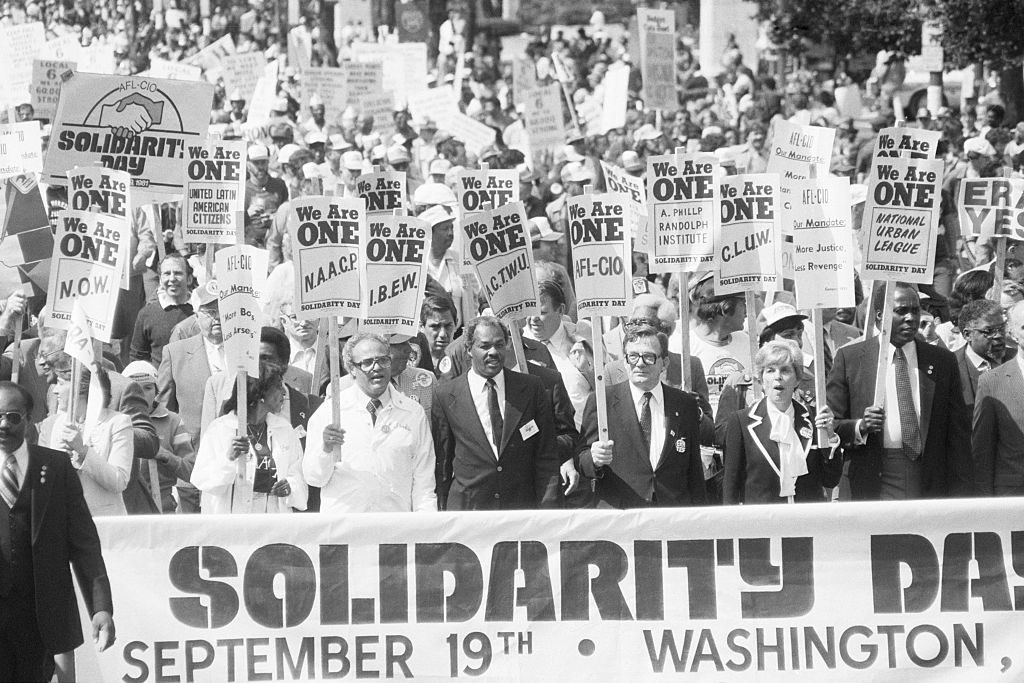 Protesters, including Washington’s Mayor Marion Barry, Lane Kirkland, President of AFL-CIO Vernon Jordan and Coretta Scott King, march down Constitution Avenue in Washington, D.C., during Solidarity Day in 1981 to protest President Ronald Reagan’s economic and social policies after he decided to fire 12,000 air traffic controllers who went on strike and demanded wage increases and safer working conditions. Learn about these 12 protests that changed the world for workers everywhere. 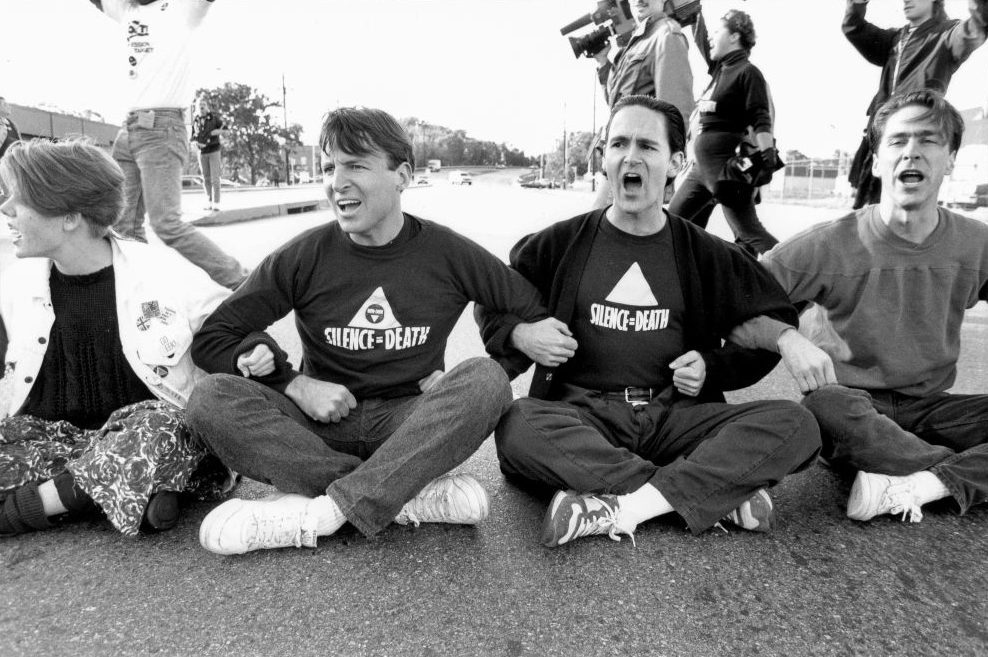 ACT UP protestors in Rockville, Maryland, in 1988 peacefully link arms in front of the Federal Drug Administration (FDA) building to demand the release of experimental medication for those living with HIV/AIDS. 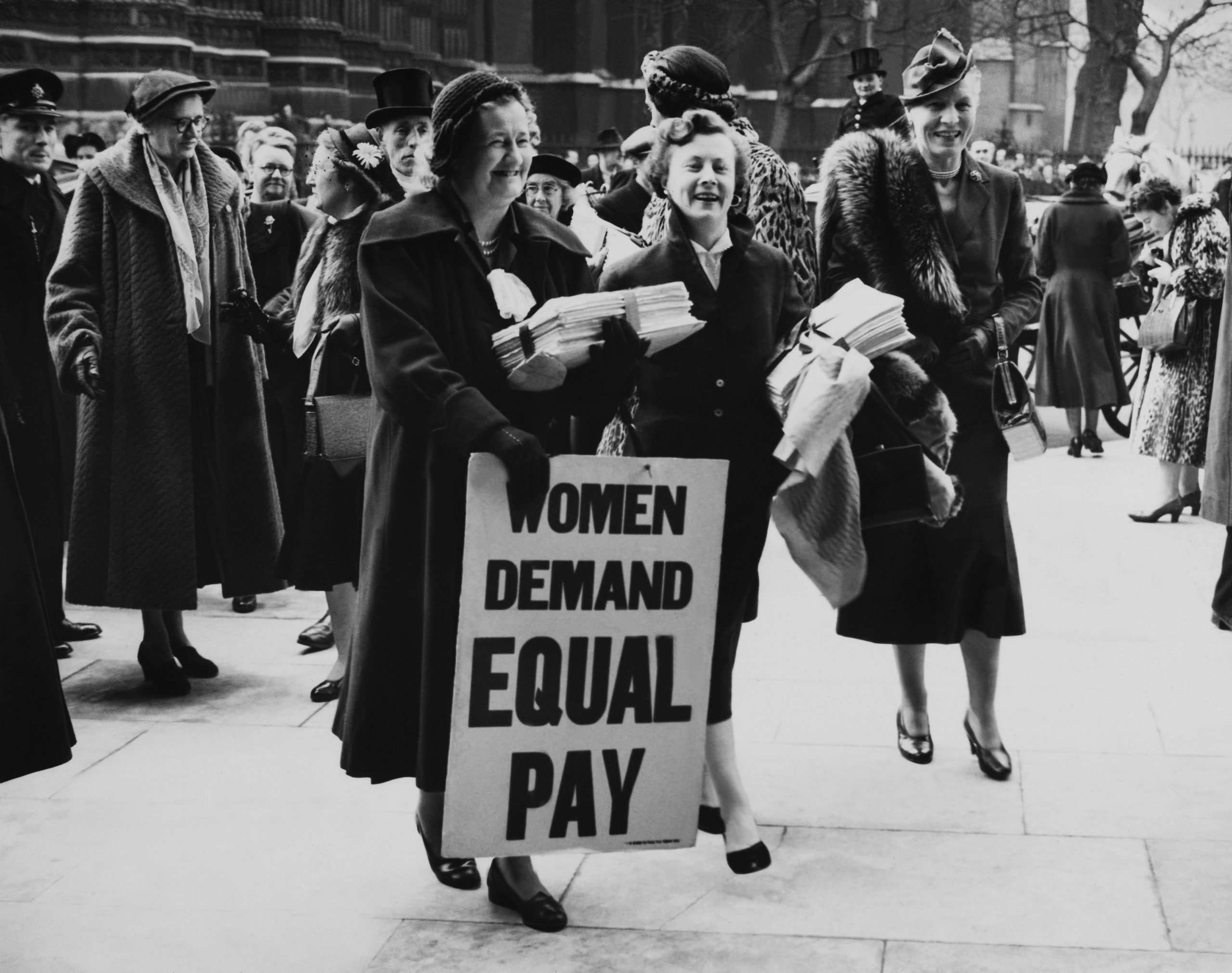 Women marched the streets in Great Britain, demanding equal pay as their male counterparts. Check out these 15 ordinary people who changed history. 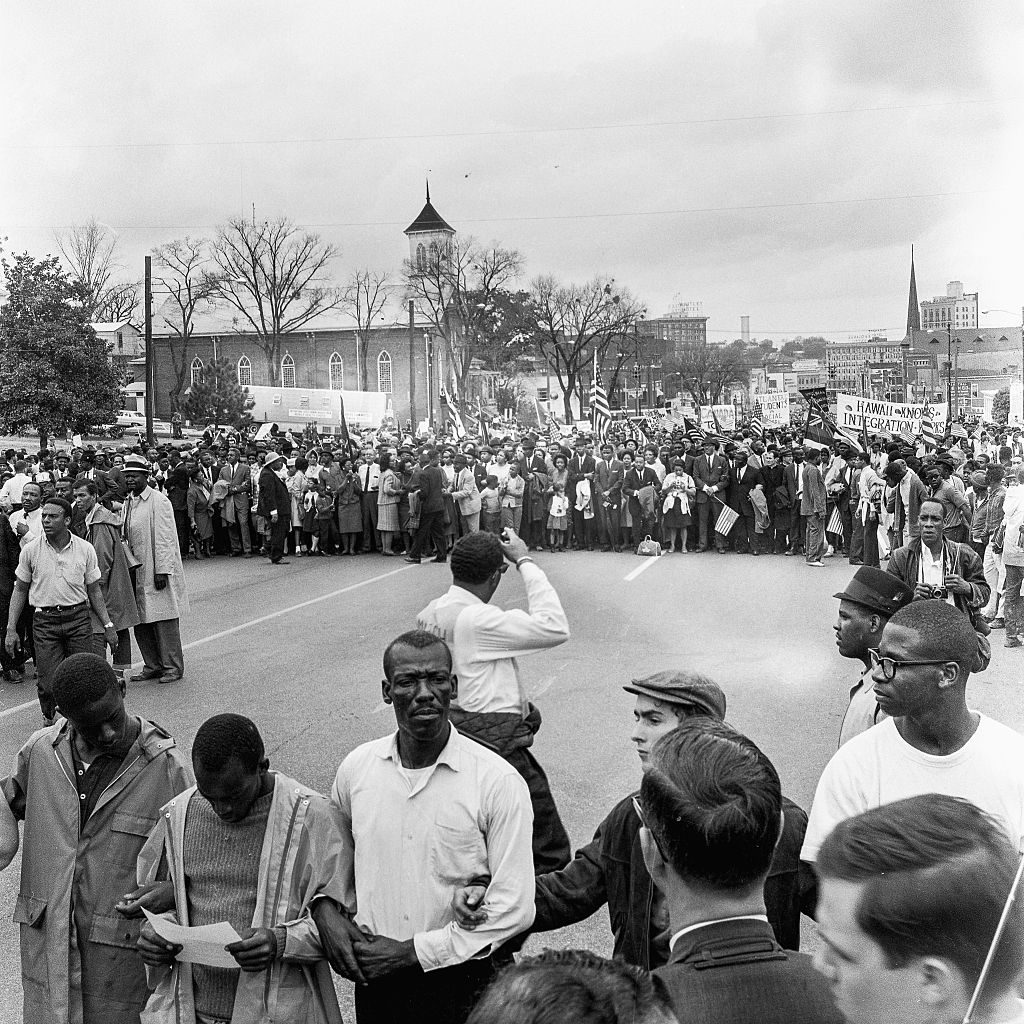 Protestors gather at the end of the Selma to Montgomery March in Montgomery, Alabama, March 25, 1965. At far left is Martin Luther King Jr. with Andrew Young just in front of him. At back left is the Dexter Avenue Baptist Church, which served as headquarters for King during the Montgomery Bus Boycott. 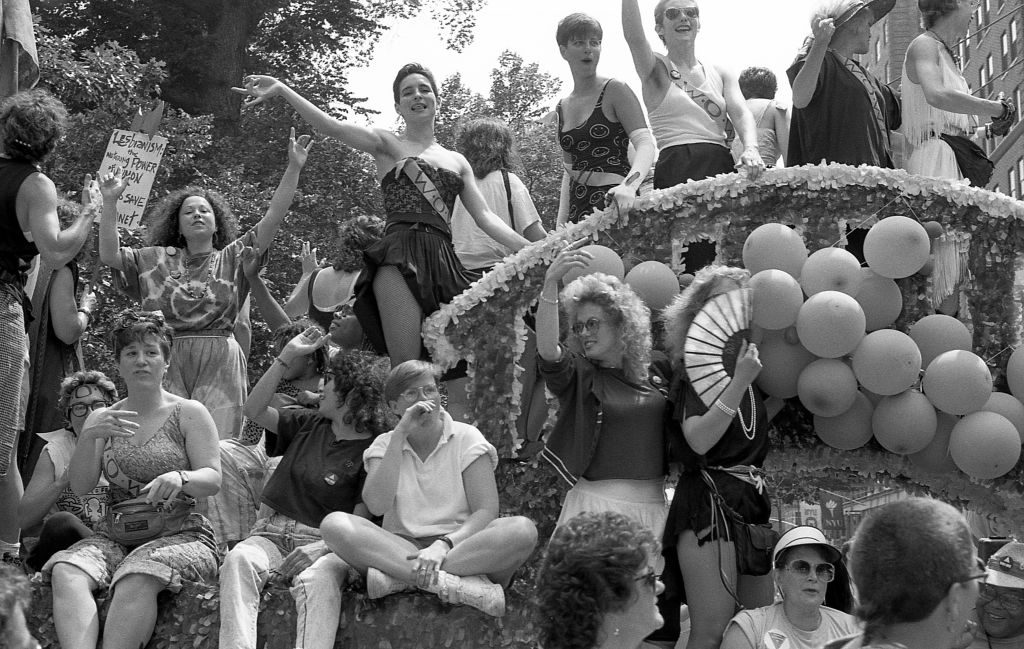 A crowded parade float of LGBTQ+ rights activists’ wave to the crowd during the 1989 Gay Pride Parade in Greenwich Village, Manhattan, commemorating the 20th anniversary of the Stonewall Riots. See how the rainbow became associated with LGBTQ+ rights. 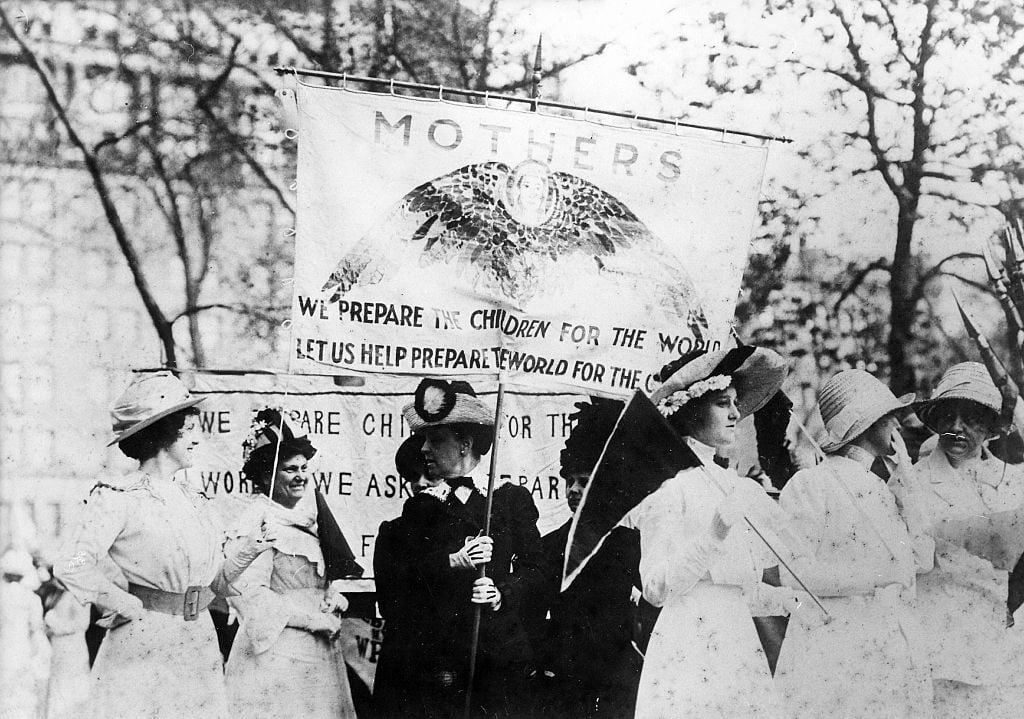 Taken in 1901, women’s rights activists demonstrate for women’s suffrage on the 5th Avenue in New York City. Learn what it was like to be a woman in 1923. 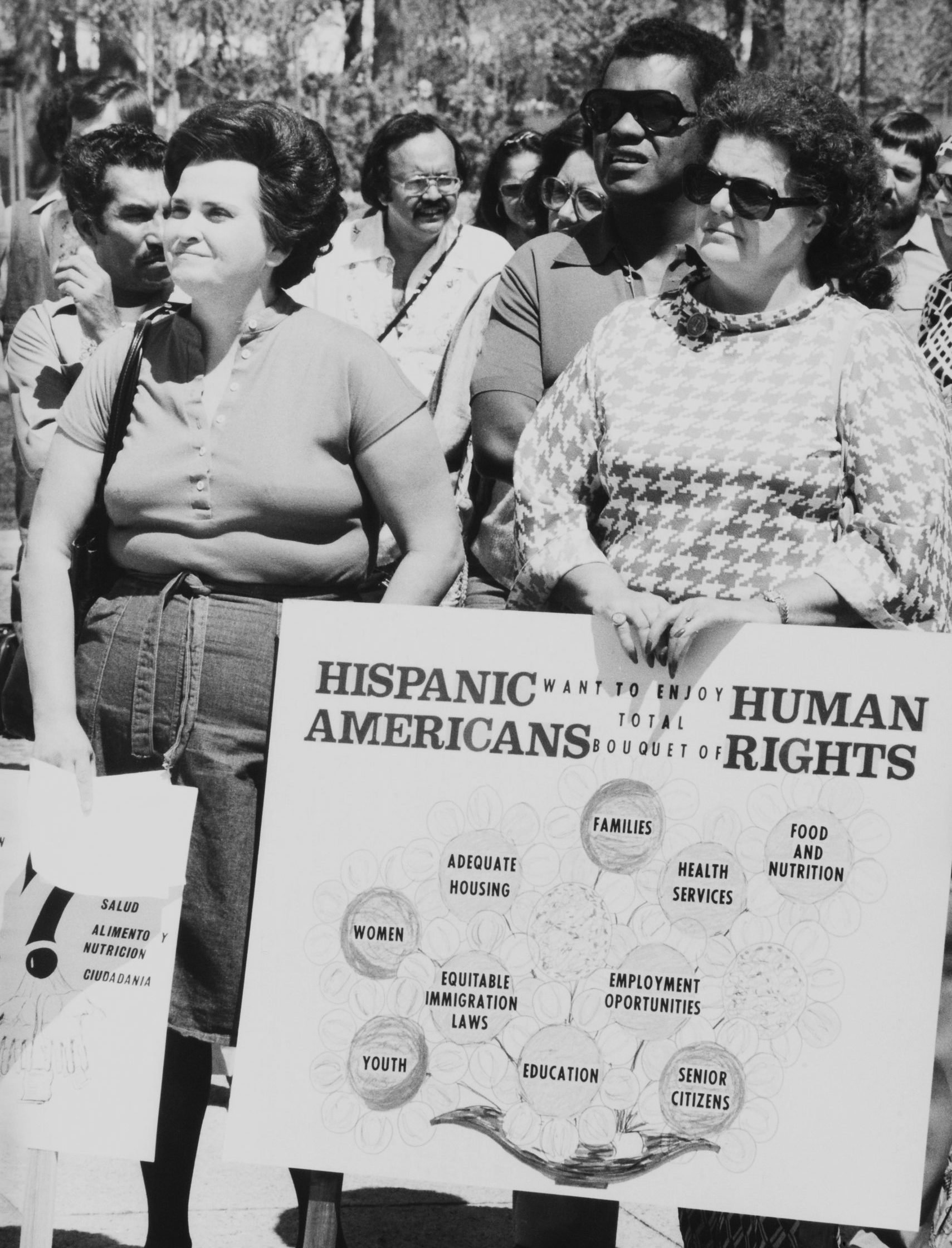 Demonstration of The National Minorities for The Respect of The Human Rights in the United States. The sign reads “Hispanic Americans want to enjoy total bouquet of human rights,” with subheads including education, immigration laws, employment opportunities, and health services. 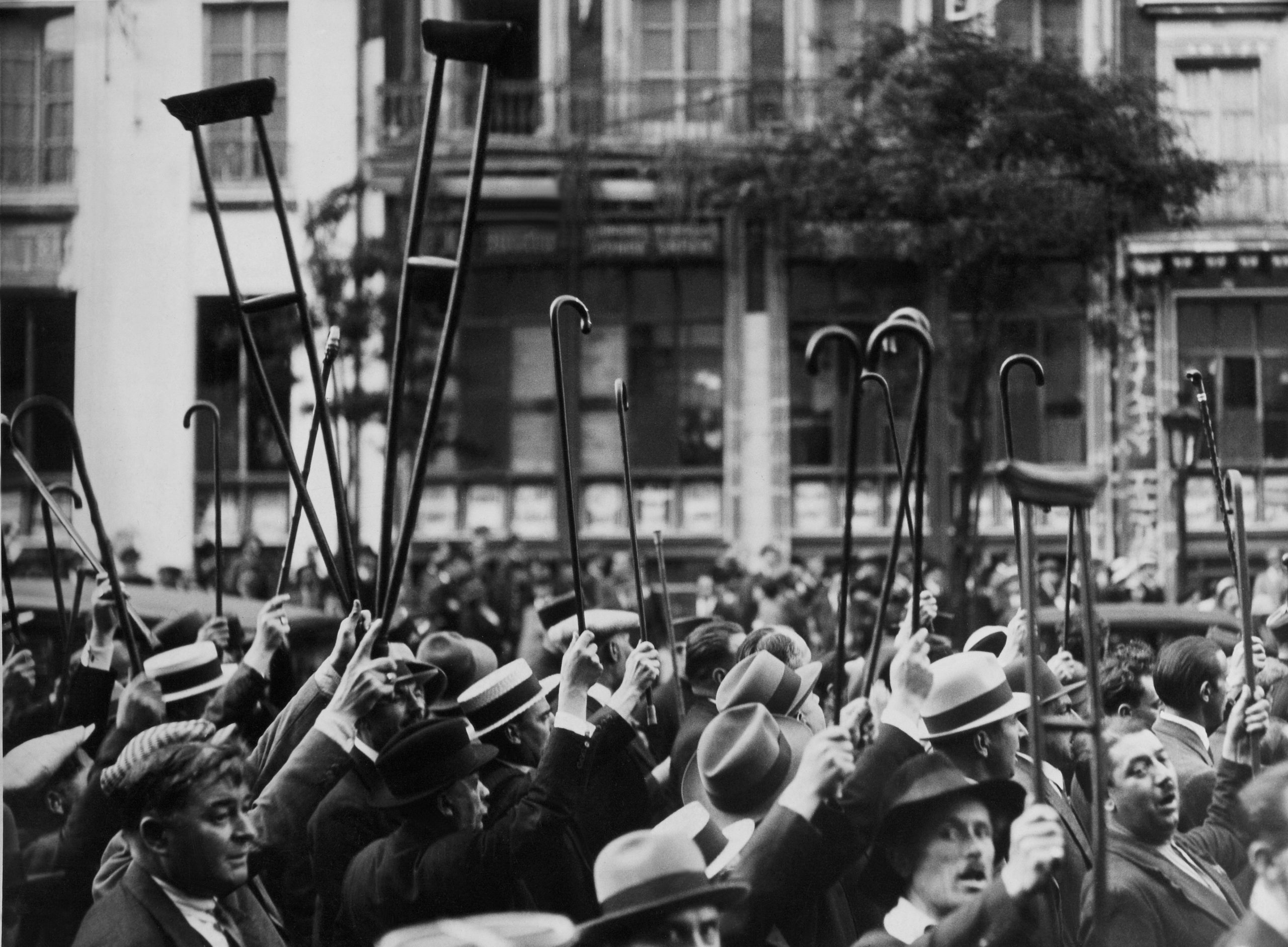 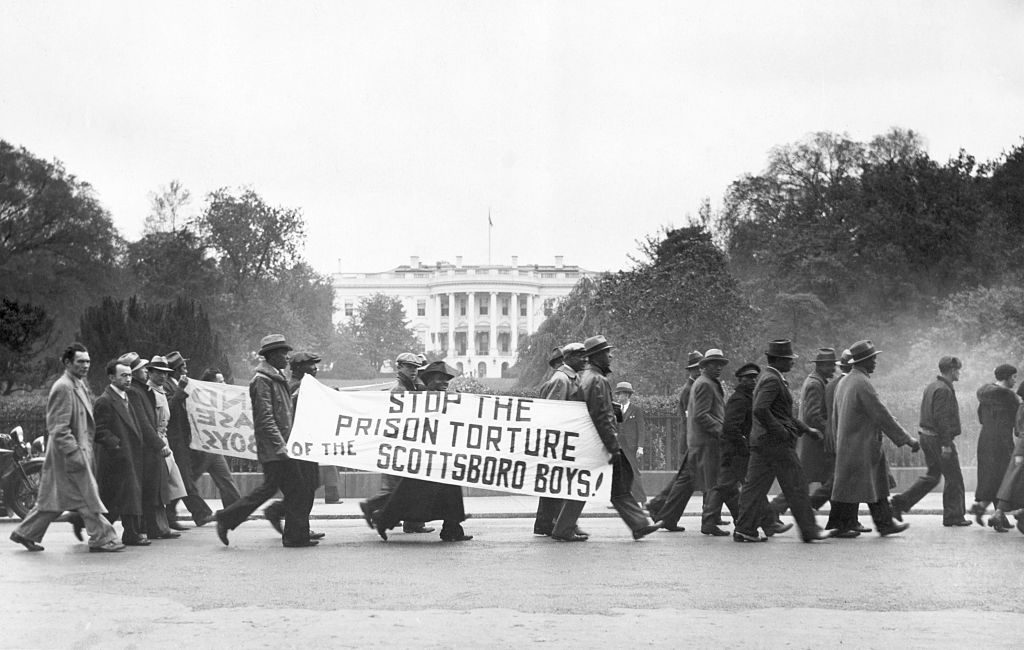 In Washington, D.C., thousands of people marched through the streets to the White House where they presented a petition to the president urging for the release of prisoners in the famous Scottsboro case. The Scottsboro Boys were nine black teenagers falsely accused of raping two white women in Scottsboro, Alabama, in 1931. 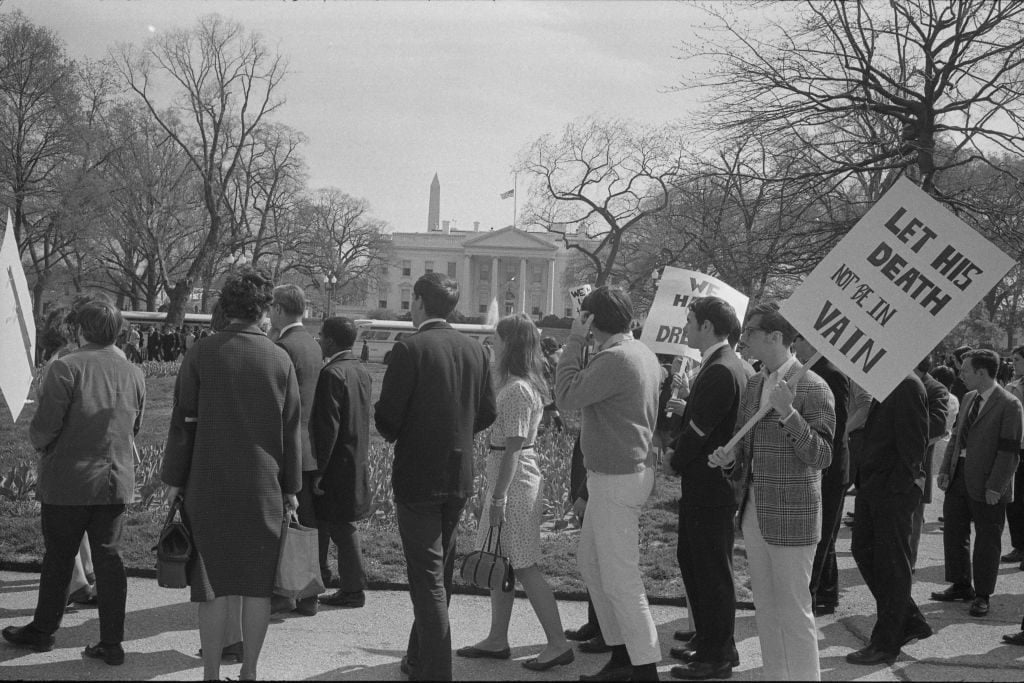 Outrage over the death of Martin Luther King Jr.

In April 1968, following the assassination of Dr. Martin Luther King Jr, protesters picket in front of the White House in Washington, D.C. Two signs read, “Let his death not be in vain” and “We Have a Dream.” See why desegregation didn’t end racism in America. 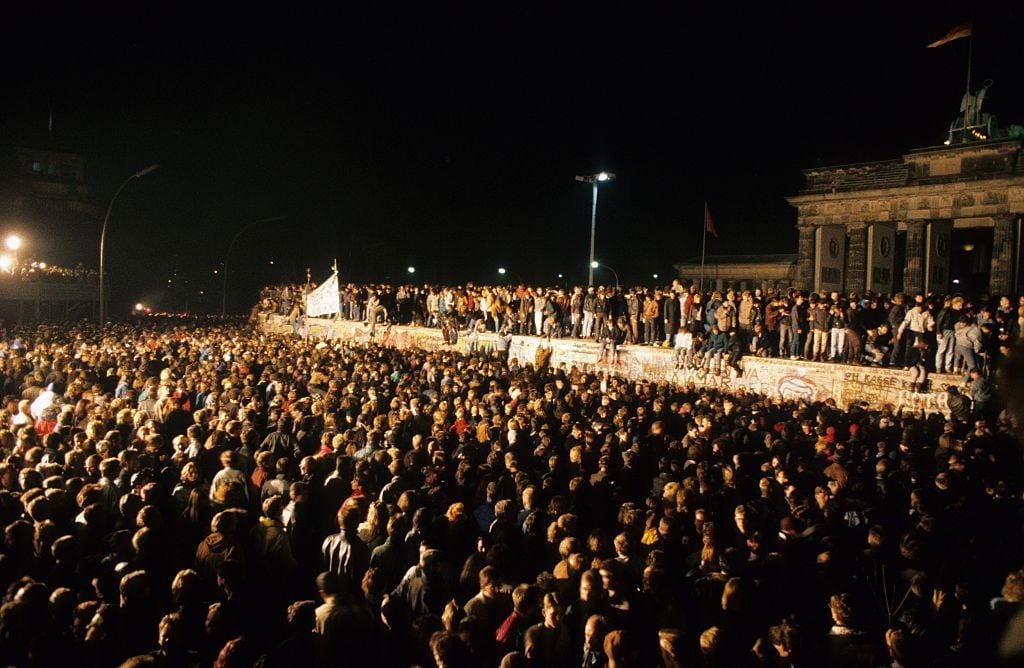 The fall of the Berlin Wall

In 1989, people at the Brandenburg Gate in Berlin, Germany, gather at the fall of the Berlin Wall.

Next, see how you can support the Black Lives Matter movement and become anti-racist and make sure to read up on how to stay safe, including changing your phone settings in order to help protect yourself if you are out physically protesting.