See how well those Sunday school lessons paid off with these Christian riddles for kids.

Calling all you Bible sleuths! If thou hast been challenged by reading the New King James Version then thou brain hath already warmed up. No matter what version you prefer, one thing’s for sure: You’ll love these Bible riddles! And, they’re written in modern English so you can breathe a sigh of relief.

These funny Bible riddles have a mix of everything—including easy riddles, riddles for kids, tricky riddles, and even a few math riddles thrown into the mix. (Yes, even Jesus had to do math!)

So get ready! It’s time to tap into those brain cells and make an Exodus from boring Bible riddles of the past. Unlike one of your favorite scriptures, these Bible riddles for kids aren’t the same yesterday, today, and forever. Each of these Bible riddles will challenge your brain to find new Revelations with each one.

Can’t figure one out? O, ye of little faith! Sure, Jesus may have flipped tables a time or two, but don’t go flipping tables if you get stuck on one of these Bible-themed riddles. Your brain will figure it out sooner or later!

1. I led Israelites out of Egypt and went up Mount Sinai alone. I came back down with 10 commandments written on two tablets of stone. Who am I?

2. I was created so Adam wouldn’t be alone. The way that God made me was by using Adam’s rib bone. Who am I?

3. Who do mice pray their wishes to?

5. I am a creature without legs and a tongue that has a fork. You might hear parseltongue if you found one that could talk. What am I?

6. What do they call pastors residing in Germany?

7. On his arc, how many of each animal did Moses bring?

Answer: None. Because Moses did not have an arc, Noah did.

8. What did the High Priest say before he went to flush the toilet?

10. Which biblical character grew up without parents?

11. You might see me in the sky, by a waterfall it’s lower. Some say that I was first seen after a flood by Noah. What am I?

12. What is the best possible way to study the Bible?

Answer: You Luke into it.

13. It kept him steady and others away. It kept them safe and showed the way. Once thrown down upon the ground, it came alive with a hissing sound. It hit the rock as it was told. And that was when the water flowed What is it?

14. I may seem like a strange mix but I’m there for all to see. With parents, shepherds and kings, some animals, and a baby. What am I?

15. Who was awarded as the fastest runner in the race?

Answer: Adam, because he was first in the human race.

RELATED: Long Riddles That Only The Smartest Can Solve

16. It was a gift to the one but poison to the others. It was a favored sign but also a hated symbol. Some say that It was not short. While others talk of two that were far too long. It was stolen and then torn, and became something to mourn. What is it?

17. Instead of going to Nineveh, I decided to bail. Thrown overboard while out to sea, I was swallowed up by a whale. Who am I?

18. It had so many locks that don’t need a key. It was far too many for you to count. It was never to be shortened, for a vow had been said. It was a symbol of strength that flowed from the head. But in a moment of weakness, its secret was out, it lays all in pieces when she gave the shout. What is it?

19. I loved God with all my heart and soul. I am a hero of faith that will stand the test of time as one of God’s beloved. After all I went through, my faith and convictions remained unchanged. Who am I?

20. I am the book from the Bible from which many people derived the phrase ‘Lamb for slaughter’ from. What book is this?

21. I am something you might read when you’re sitting in a pew. I contain two testaments: one that’s old and one that’s new. What am I?

22. It was high in the sky but also firmly on the Earth. It brought cooperation for many but confusion for all. It was unmissable by the crowd yet overlooked by the One. It was the world’s first true skyscraper and also its last. What is it?

Answer: The Tower of Babel

23. It can be carried but not touched. It has two on the outside and ten on the inside. Everyone wants to catch a sight of this but it’s kept out of sight. It was lost and found; then found but now it’s lost. What is it?

Answer: Ark of the Covenant

24. I was known for my diverse skills as both a warrior and a writer of psalms. In my years as a ruler, I united the people of Israel, led them to victory in battle, conquered land, and paved the way for my son, Solomon, to build the Temple. Who am I?

25. This has been divided three times because of what God decided. It became the threshold of many new things and the limit for many things. Once an ark was in its place and God’s son I chose to embrace. What is it?

26. I am the man who went one day on top of a Joppa house to pray. And while I waited for my meat, I dreamed I saw a great big sheet. Let down from heaven and inside, fowls and creeping things did ride. The one who prayed was told to eat, for God had cleansed this “common” meat. Who am I?

27. When I was tasked with what seemed impossible, I didn’t just refuse and frown. I marched the people round Jericho and the walls came tumbling down. Who am I?

28. I am more than a double triangle. I intertwine both the external and internal dimensions of God, Israel, and the Torah. What am I?

Answer: The Star of David

29. He was the king who was encouraged by the queen when was greatly troubled by writing on the wall. Who is he?

30. I chose to climb a sycamore tree to see Jesus and invited him to come to my house, even though other people sneered at me. Who am I?

31. What is a shark’s most favorite bible story?

32. How does Moses make his coffee every morning?

33. Who was considered as the smartest man in the Bible?

Answer: Abraham. Because he knew a Lot.

34. What’s the reason why didn’t Jonah trust the ocean?

Answer: He knew that there was something fishy about it.

36. Who was the Bible’s greatest comedian?

Answer: Samson, because he brought the house down!

37. On the day before Christmas, what did Adam say?

38. Where did the first baseball game in the Bible happen?

Answer: In the big inning.

39. How come they didn’t play cards on the Ark?

Answer: Because Noah was standing on the deck.

40. Where did the Bible’s most talkative people live?

41. Which group of sharks do you typically find in heaven?

42. What is the funny thing about forbidden fruits?

Answer: They create many jams.

43. Where in the Bible is the first mention of a tennis match?

44. Noah most likely got milk from the cows on the ark. What did he get from the ducks?

45. Before Boaz became married, what kind of guy was he?

48 Short Riddles That Will Still Stump You

50 Long Riddles to Give Your Brain a Workout

Mr. Smith Had 4 Daughters: Try to Solve the Viral Riddle 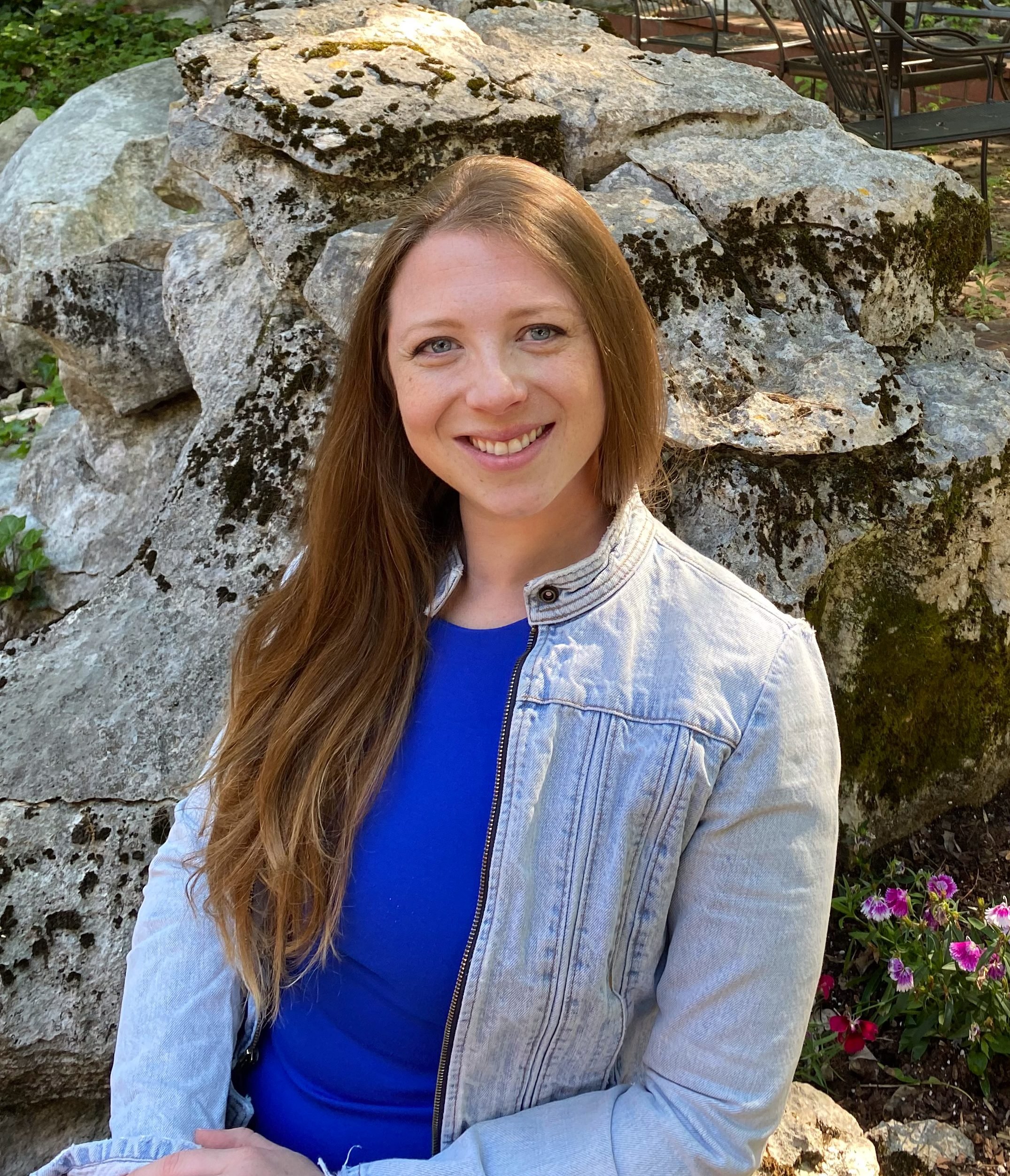 Maryn Liles
Maryn is a home and travel expert who’s covered everything from the best robotic vacuums to the most remote destinations around the world. She's also the founder of Connected Content Co.—an SEO and creative content agency that's done work for Reader's Digest, HGTV, Walmart, Better Homes & Gardens and others. When she's not writing, you can find her working on her latest home DIY project, out for a hike or dancing around the house to 80s jams.
Now Trending
This Inexpensive Curl Cream Has Nearly 30,000 Reviews—Here’s Why Shoppers Love It
22 Dark Riddles That Challenge Your Morbid Curiosity
25 Easter Riddles That Will Have You Hunting for Answers