The Juneteenth Flag: The History Behind Its Colors and Symbols

It's red, white, and blue—and a proud symbol of African American history. Meet the Juneteenth flag.

Every country has a flag to represent it. In the United States, Old Glory’s familiar red, white, and blue, stars-and-stripes design flies over government buildings, businesses, institutions, and private homes in recognition of July 4, 1776, the day the 13 original U.S. colonies declared their independence from Great Britain. The flag is also symbolic of cultural and historic solidarity for Americans, a shared past, present, and future—which is precisely what the Juneteenth flag means to Black Americans.

Remember: The Declaration of Independence didn’t apply to Black people when it was signed in 1776. So what is Juneteenth? It commemorates June 19, 1865, the day—more than two months after the end of the Civil War—that Union General Gordon Granger marched into Galveston, Texas, and enforced the Emancipation Proclamation, which had been issued on January 1, 1863, effectively freeing all remaining enslaved people.

Although the Juneteenth flag didn’t arrive until 132 years after Black Americans gained their freedom, it reflects, for them, many of the same qualities the U.S. flag reflects for all Americans. It’s a celebration of Black patriots and Black patriotism past and present. It’s not nearly as instantly recognizable as the American flag, but the Juneteenth flag is gaining increasing significance, not just for Black Americans but for all Americans.

And yes, that means we’re seeing the unfortunate commercialization of Juneteenth by major retailers. But it also means the country as a whole is celebrating and commemorating the holiday this year, whether that’s with community events, Juneteenth quotes, or a proud Juneteenth flag.

What is the official flag for Juneteenth?

Juneteenth’s flag is a white star within a resplendent starburst set against a proud backdrop of red and blue. It symbolizes the freedom of four million enslaved people and hope for African Americans and Blacks displaced by the diaspora. On Juneteenth—that is, June 19 of each year—you’ll see the flag waving high over state capitols and city buildings.

Where did the Juneteenth flag come from?

In 1997, more than two centuries after Betsy Ross is said to have sewn the first American flag, Ben Haith, founder of the National Juneteenth Celebration Foundation, developed a new American flag. The activist, also known as Boston Ben, led a team of collaborators who created the design concept for the flag as a reflection of the Juneteenth slogan “a new freedom, a new people, a new star.” As Haith’s foundation puts it, the design represents “a star of Texas bursting with new freedom throughout the land” and rising over a new horizon.

“This country has so many aspects to it that are spiritual, and I believe this flag is of that nature,” Haith said at the time. “[The idea for the design] just came through me.”

In 2000, before the Juneteenth flag was about to be raised for the first time in Boston, a local illustrator named Lisa Jeanne Graf fine-tuned the original design by Haith and company. Beginning in 2007, “June 19, 1865” was added to the flag in commemoration of the day emancipation arrived for Blacks in the state of Texas, making them the final slaves in the United States to achieve their freedom. For Black Americans who don’t celebrate the 4th of July, the flag is a symbol of a holiday that more truly and honestly commemorates freedom in the land.

When did Juneteenth become a federal holiday?

Occurring 15 days before the 4th of July, Juneteenth became a federal holiday in the United States on June 17, 2021. “By making Juneteenth a federal holiday, all Americans can feel the power of this day, and learn from our history, and celebrate progress, and grapple with the distance we’ve come but the distance we have to travel,” President Joe Biden said moments after signing the law. His signature was a powerful act of anti-racism by one of the most powerful political figures in the world.

Before June 19 was a national holiday, though, nearly all the states recognized it in some way. Texas, where Juneteenth was founded more than a century ago, led the way in 1979, promoting Juneteenth from a symbolic holiday to an official one in the state Congress. Beginning in 1980, it was celebrated as a paid state holiday for the first time in the Lone Star State.

After the murder of George Floyd by a white policeman in Minneapolis in May 2020 and the subsequent anti-racism protests, Virginia, New York, and New Jersey followed Texas’s lead, with the latter moving to wave the Juneteenth flag on the third Friday of every June going forward. In 2021, Washington and Oregon both passed legislation to upgrade Juneteenth to a paid state holiday. And finally, in 2022, South Dakota became the last state to make Juneteenth a paid holiday.

What do the colors on the Juneteenth Flag mean?

But red, white, and blue aren’t the only colors associated with the holiday.

Why are some Juneteenth flags red, green, and black?

Some celebrations also use the red, green, and black Pan-African flag that was created in 1920 and designed by the legendary Jamaican activist Marcus Garvey as a Black liberation flag. The Pan-African flag, which has influenced the flags of many African and Caribbean countries, represents not just Black Americans but the entire African diaspora.

What do the flag’s symbols mean?

The burst around the star represents a nova, which, in astronomical terms, is a brand-new star. It was intended to symbolize a new beginning for Black Americans in the country they helped build.

The curve that serves as the border between red and blue stands for new horizons. Emancipation was supposed to bring a brighter collective future for Black Americans. Although their dreams wouldn’t begin to be truly realized until after desegregation and the Civil Rights Act of 1964—a century after emancipation—the curve is symbolic of the hope that drove Black Americans then and continues to drive them to this day, even as institutional racism persists.

What is the significance of the Juneteenth flag to all Americans?

In 2020, on the first Juneteenth after the murder of George Floyd, the Juneteenth flag flew over a number of U.S. cities for the first time, as a show of solidarity with those cities’ Black communities and Black Americans in general. In Cincinnati, it flew right below the American flag at City Hall. “The one thing I truly, truly believe is Juneteenth is not a Black holiday—it is an American holiday, and all Americans need to celebrate our history,” says Juneteenth Festival founder Lydia Morgan, who donated the flag that waved above Cincinnati City Hall.

The Juneteenth flag also flew over the Wisconsin state capitol in Madison for the first time in 2020, temporarily replacing the rainbow flag that hovers over the East Wing to celebrate LGBTQ+ Pride Month throughout June. Meanwhile, at Syracuse City Hall in New York, both the Juneteenth flag and the U.S. flag were flown at half-mast on June 19, 2020, to memorialize the lives lost to COVID-19.

Since the flag’s official Boston debut in 2000, annual Juneteenth flag-raising ceremonies have been launched in a number of U.S. cities, including Chicago; Las Vegas; Galveston, Texas; Memphis, Tennessee; and Omaha, Nebraska. All of this underscores the importance of the flag—and the holiday itself—in recognizing America’s history of slavery, the inequality that existed 157 years ago and exists today, and the hope for the future.

Where can you buy the Juneteenth flag?

You can observe the day while giving back to the Black community by purchasing your flag from a Black-owned business. Shop online at Makola, a marketplace of African goods that ships anywhere in America.

They’re designed to be flown on a flagpole or hung on a wall, and displaying one serves as a symbolic gesture to complement the ways we fight racism every day.

Quotes in the Fight Against Racism

How to Talk to Kids About Racism 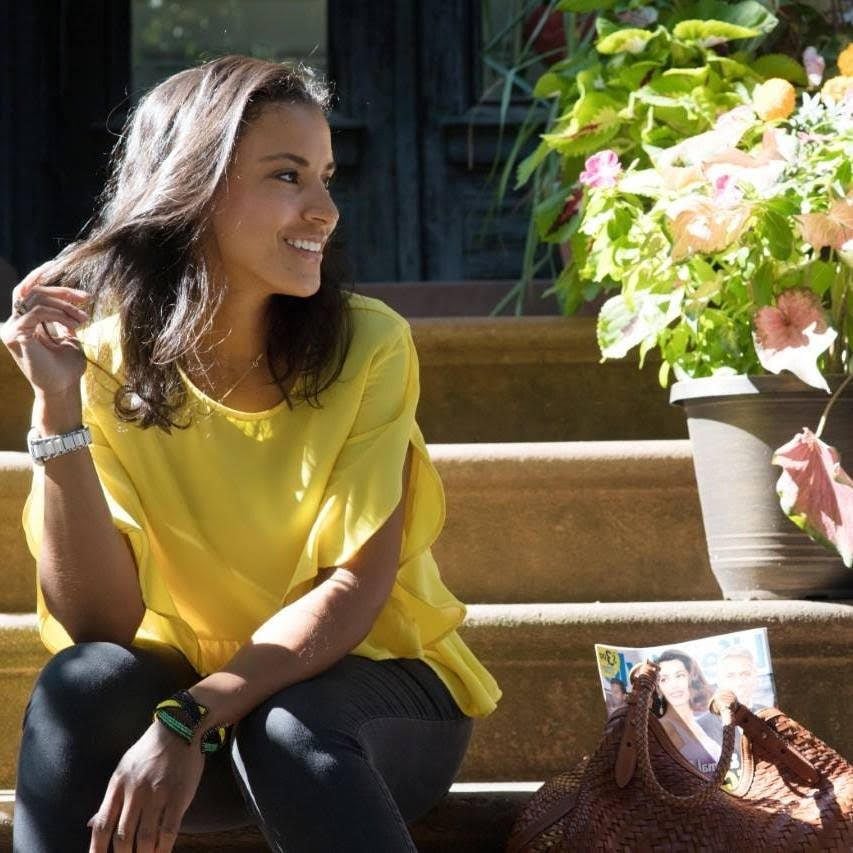 78 of the Best 4th of July Sales You Won’t Want to Miss
15 Podcasts from LGBTQ+ Creators to Add to Your List
Companies Are Trying to Cash In on Juneteenth. Here’s Why That’s a Problem