What Does 420 Mean—How It Became Known for Marijuana

It's the time of year that has people wondering, "What does 420 mean?" Here's the answer—and it's not what you've heard.

There are a lot of Spring celebrations—religious and secular. One that’s growing in popularity is 4/20: April 20 happens to match a slang term for getting high—420. Part protest, part smoke out, part celebration, April 20—also known as “Weed Day”—is a tribute to all things cannabis.

What does 420 mean—and who invented it?

The origin story is a bit muddy because there are so many myths: 420 has been linked to penal codes, Hitler’s birthday, or the numerical references in a Bob Dylan song. Most aficionados stick to the story of 420 as a police code for “marijuana smoking in progress,” though police will tell you there is no such code.

According to TIME, the best evidence suggests that 420 got its start in 1971 amongst a group of high school buddies in San Rafael, California, who would meet at 4:20—when their extracurriculars had typically ended—to smoke. (Although pot is now considered relatively safe for adults, its effect on teens can be much more damaging.) They began using “420” as code for smoking at any time. Much later, the Grateful Dead caught wind of the phrase, which had been growing by word of mouth. In the early 1990s, a flier circulated at a Dead Show that urged people to “meet at 4:20 on 4/20 for 420-ing,” and the term hit the public domain.

The high holiday of cannabis

Gatherings for 420 live on across the country and even globally as a flagrant display of cannabis culture and advocacy, the event runs the gamut from laid back dance party to a fierce fight for human rights. Some of the most iconic 420 rallies are on Hippie Hill in San Francisco, the Mile-High Festival in Denver, and in Hyde Park in London, England.

“While it is a cause to celebrate, it’s also a call to action,” says Justin Strekal, the political director of the National Organization for the Reform of Marijuana Laws (NORML).”We take it seriously as an issue. Despite the increased support, growing and possessing marijuana is still unfairly penalized. In states where it’s still not legal, racial bias runs rampant in terms of who gets targeted and arrested by law enforcement.”

Is cannabis legal or not?

It’s both, though from a federal perspective it’s not legal anywhere says Strekal. It’s still considered a prohibited Schedule 1 drug (grouped with heroin), according to the U.S. Drug Enforcement Administration, which claims it has “a high potential for abuse.” Yet legality laws vary state by state. According to Strekal, almost every state except four—Idaho, Kansas, Nebraska, and South Dakota—allow for some form of marijuana, with most permitting medical use. Recreational use is allowed in Alaska, California, Colorado, Maine, Massachusetts, Nevada, Oregon, Washington state, Washington D.C., and Vermont, with New Mexico jumping on the bandwagon in July. According to NORML, in states where marijuana is illegal, merely smoking it can lead to serious repercussions. For adults, marijuana possession convictions can interfere with access to public housing, financial aid for school, loans, and jobs.

What do you call it?

As big business moves into marijuana—according to NBC, in 2019, the combined North American market is expected to exceed $16 billion—the industry has begun to prefer the term cannabis. “People have switched because it doesn’t have the baggage of marijuana,” says Jane Allen, a marijuana expert at RTI International, an independent, nonprofit institute based in North Carolina. Some other popular names include pot, herb, kush, dope, reefer, weed, and ganja. According to NPR, “marijuana” came into popularity in the early 20th century because anti-cannabis factions wanted to underscore the drug’s “Mexican-ness.” One theory explains marijuana as a hybrid of the common Spanish girl’s names María and Juana. (Mary Jane is the Americanized version of María Juana.)

How does CBD fit in?

Even though you can now find cannabidiol (CBD) in everything from coffee to lip balms, few people truly understand CBD. It’s a chemical found in hemp and marijuana, and won’t get you high, according to the World Health Institute. Here’s a clear explanation of CBD.

When the 2018 Farm Bill legalized the production of hemp, a form of cannabis that contains less than 0.3 percent THC (the psychoactive chemical that makes smokers high), CBD manufacturers began marketing oils, creams, and other formulations with lots of medical claims. Although research on CBD is slim, people still try it for insomnia, anxiety, high blood pressure, inflammation, and chronic pain. Read how this kid relieved his chronic pain—and then started a business—with CBD oil.

Not exactly, though there is a strong contender: The Beatles song “Come Together.” John Lennon originally wrote the song as a political rallying cry for Timothy Leary, a Harvard psychologist and an outspoken proponent for psychoactive drugs. When Leary was running for governor against Ronald Reagan in 1969, his campaign slogan was “Come together, join the party.” (Unfortunately for Leary, his campaign ground to a halt in December of 1969 when he was charged with possession of marijuana.) One more point in the song’s favor: It’s run time is nearly 4 minutes, 20 seconds. 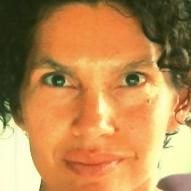 Elizabeth Marglin
Elizabeth Marglin contributes regularly to Reader’s Digest and TheHealthy on topics of sustainability, health and wellness. She also writes for Yoga Journal, AARP, Vitacost, and Prevention. She earned her Master’s in Journalism from Colorado University at Boulder.

How to Get Red Wine Out of Carpet