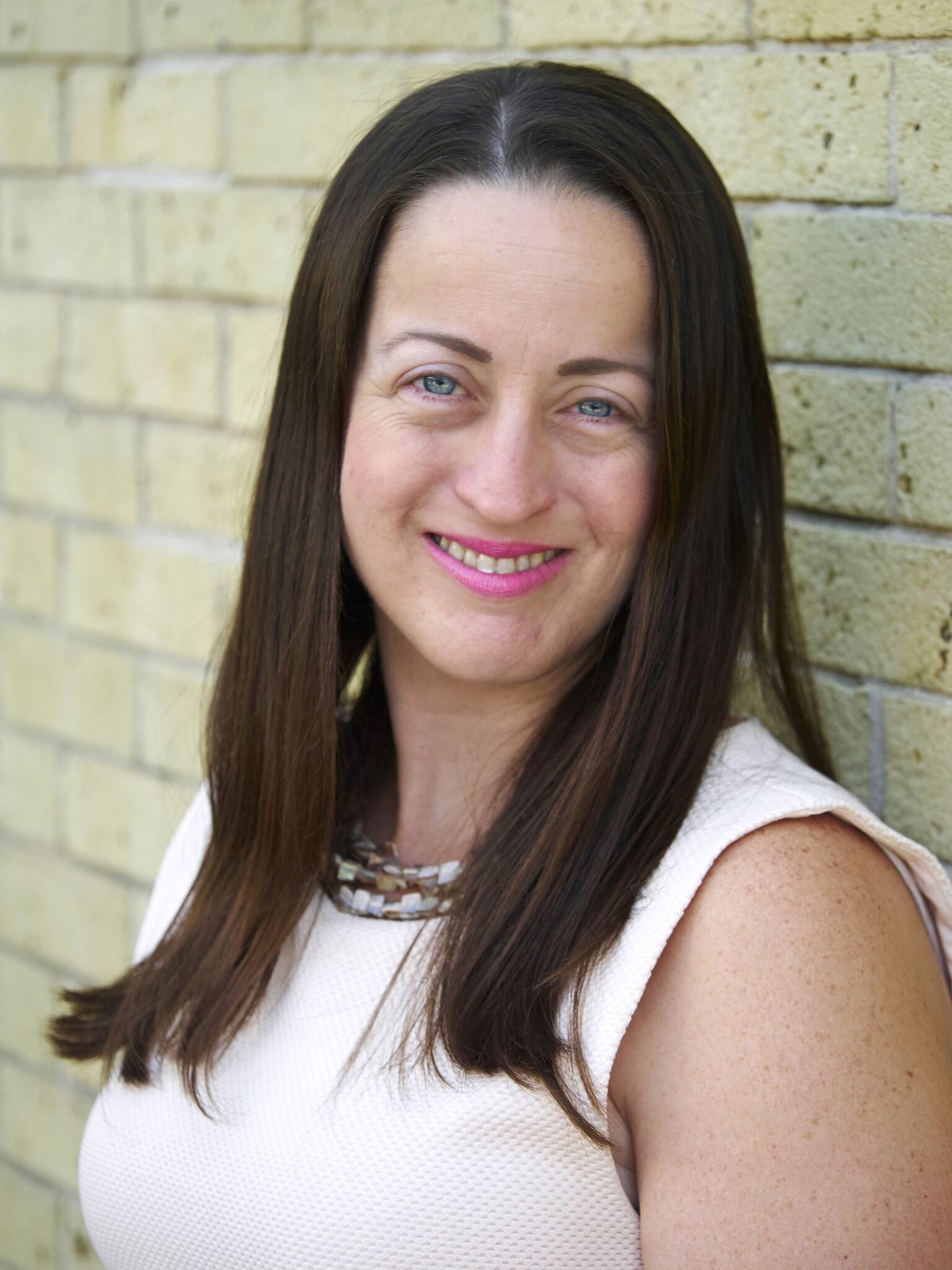 They've made us laugh, they made us cry—and they made us wish they were our dads, too. This Father's Day is the perfect time to reminisce about favorite TV dads. 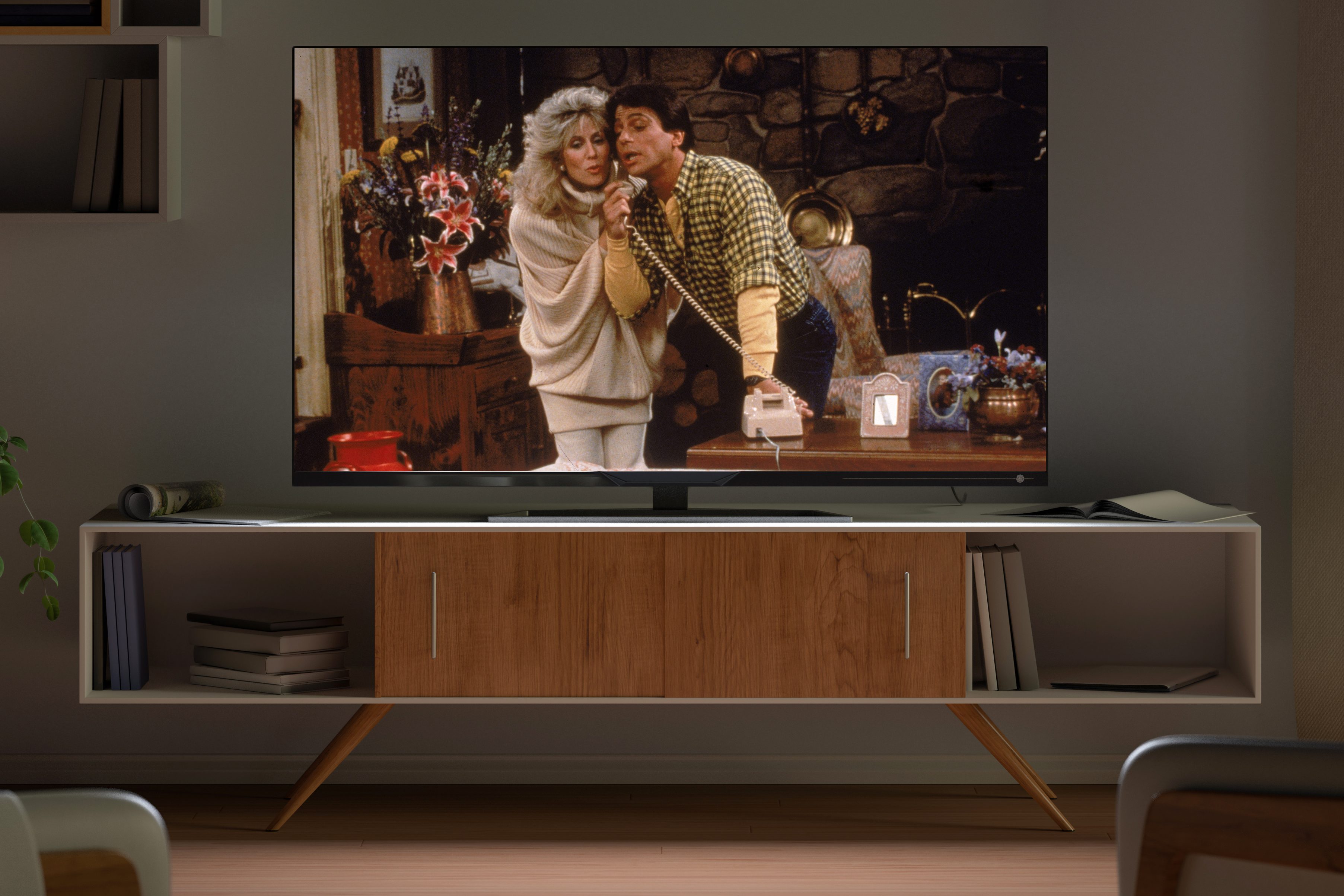 Dads on the small screen

From the super loyal Jack Pearson on This is Us to larger-than-life Arthur Spooner on King of Queens—our favorite TV dads deftly showed us that heartbreak, disappointment, and navigating life’s up and downs are much better with a solid father figure along for the ride…often in less than 30 minutes. These TV dads also made single dads look cool—we’re looking at you, “Danny Tanner” and “Tony Micelli”—in a time when the concept was still nouveau to pop culture. Speaking of TV, find out 20 classic TV shows you can watch on Netflix. 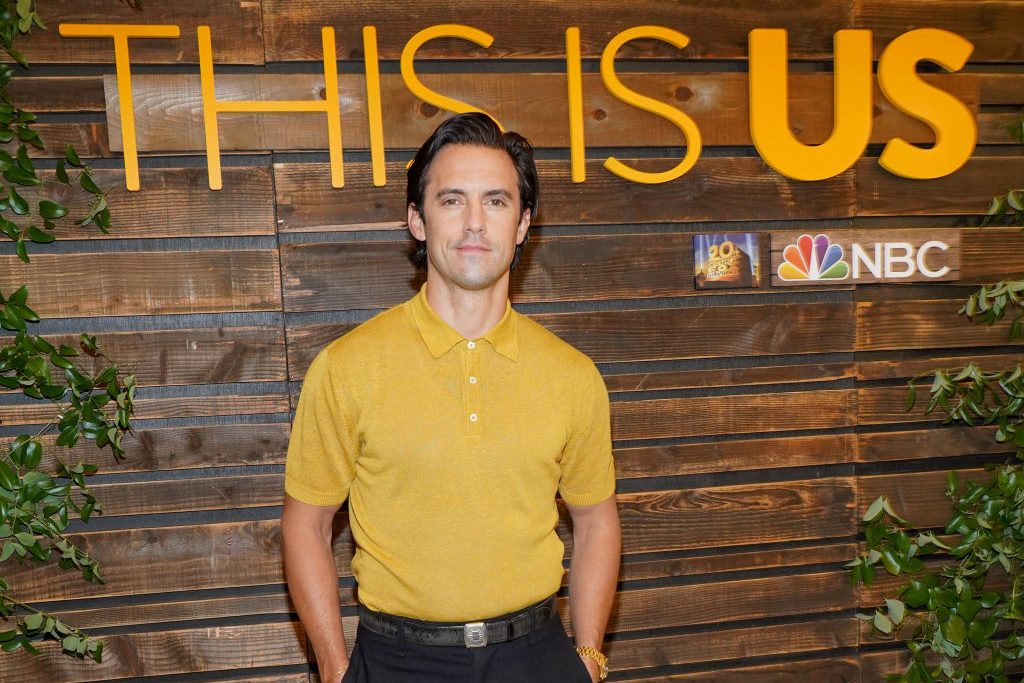 Jack Pearson on This is Us

Jack Pearson (played by Milo Ventimiglia) ran back into a burning house to save the family dog on This is Us. If that’s not loyal, then what is? This dark-haired, stocky gent with a huge smile and a big heart parented his three kids—one adopted and a set of a twins, all born on the same day—with grace and joy. The lone daughter, Kate, carries a torch for him that even her husband Toby can’t quite get. You had to have met Jack in person. Through flashbacks we see this working-class guy from Pittsburgh—where he and Rebecca (actress-singer Mandy Moore) raise their kids— try to warm up to others on the golf course and barely break a sweat raising a black kid in a white world. Here’s why you shouldn’t be sleeping with the TV on. 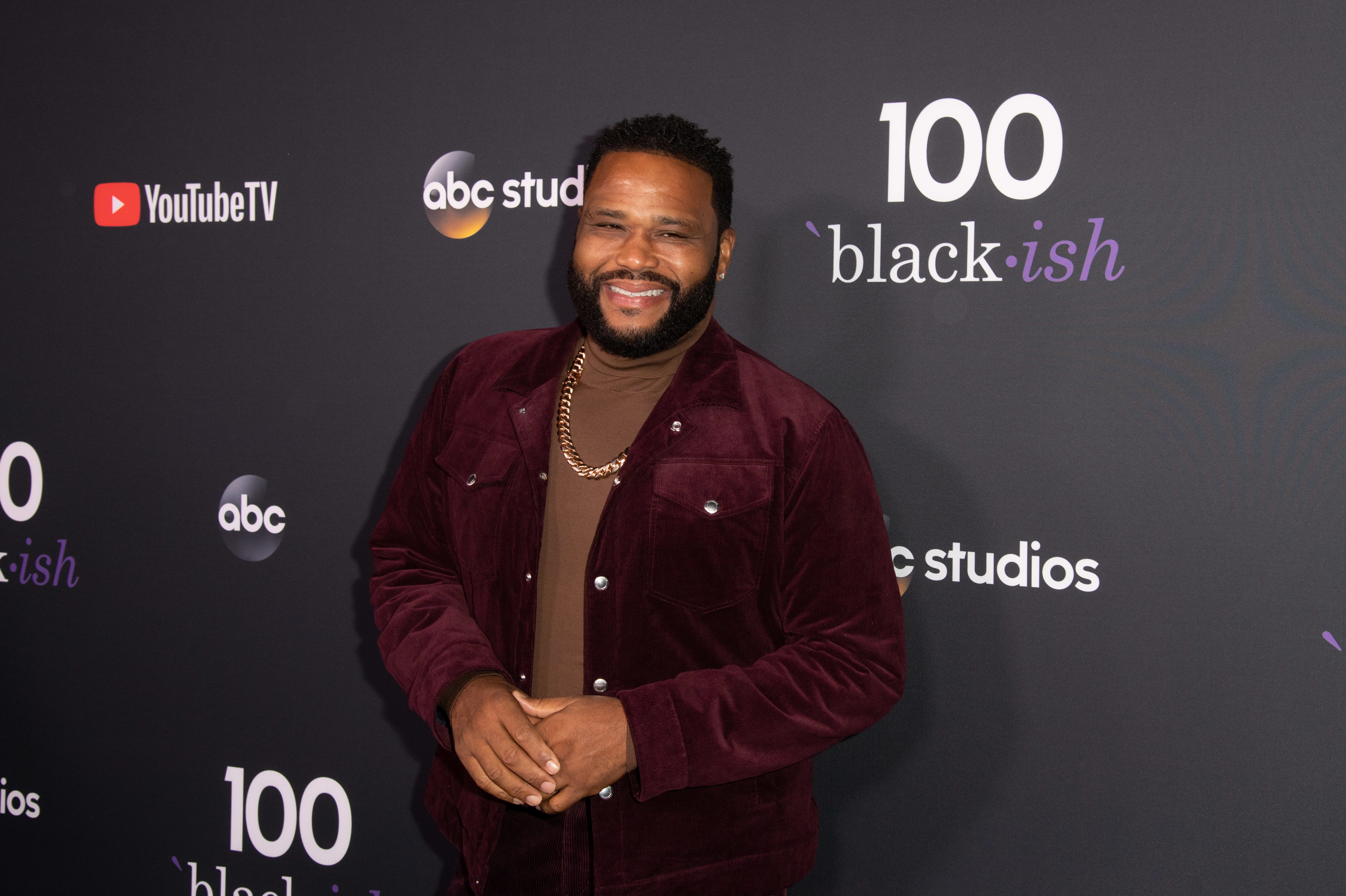 Not every dad would let his eldest son intern alongside him at his employer. Nor would he allow his parents to move in. But not every dad is Dre (short for Andre) whose comedic wit, a role played by Anthony Anderson, is spun into every episode as he parents five kids (with four still at home). With an accomplished anesthesiologist-wife at his side (Tracee Ellis Ross’ Rainbow Johnson) never does Dre act hindered. He’s darn proud of his wife and his kids and intent on teaching them lessons about multiculturalism daily (which we all enjoy and learn from). It’s just another perk of the show that Rainbow is an accomplished professional. Find more TV shows with strong female characters. 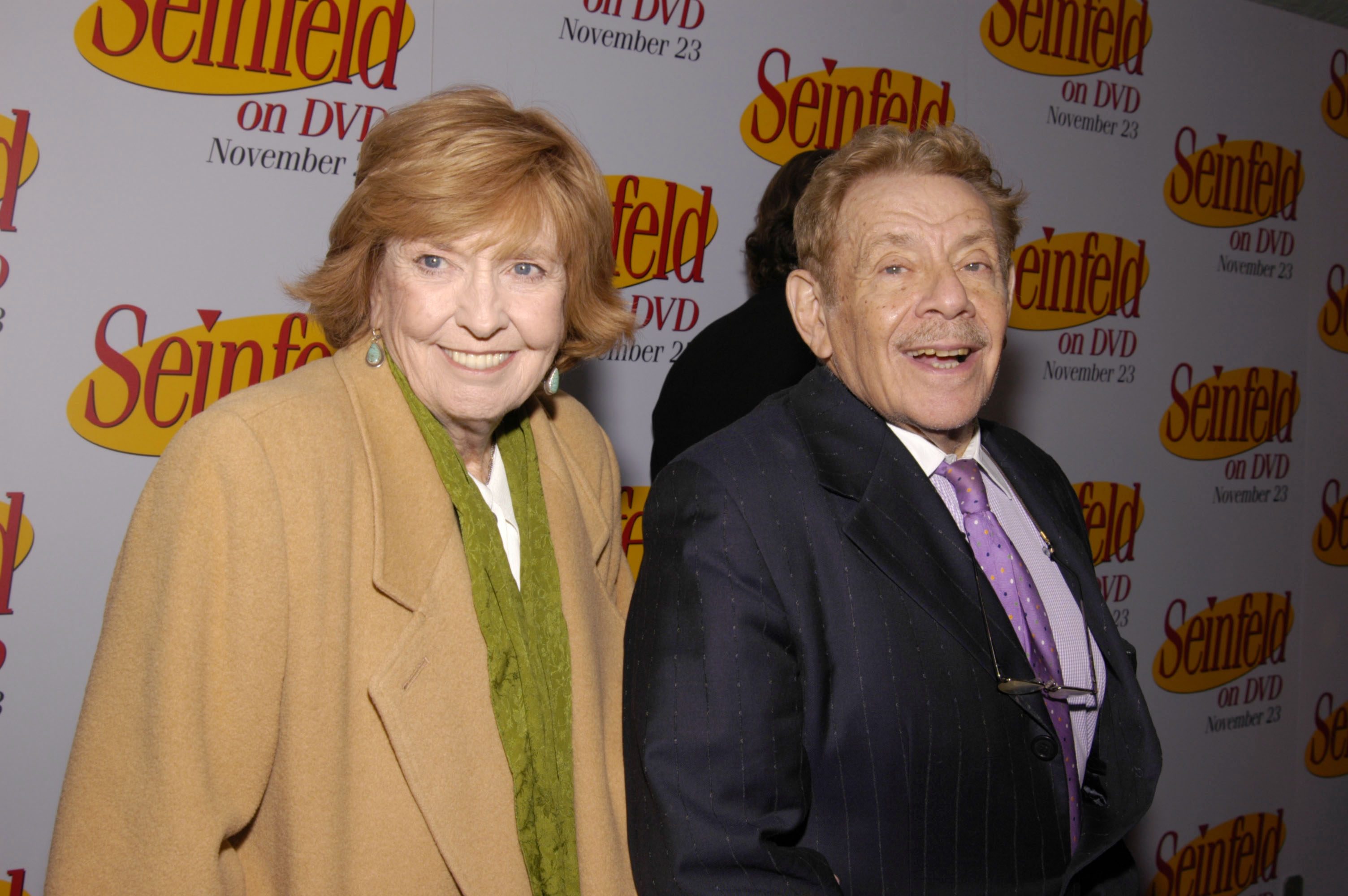 Once you get past all the ranting and raving, Frank (Jerry Stiller) is a die-hard dad to George (Jason Alexander) and can dial up the laughs with ease, even as he watches his son slide through adulthood and snag a job with the New York Yankees. It’s hard to believe he only appeared in 26 episodes of Seinfeld, though his presence was felt throughout the show’s nine-year run. One of his most memorable appearances: selling bras with George’s buddy “Kramer” because, why the heck not? Oh, and that time he went head to head with George’s soon-to-be father-in-law about poultry-mating cycles. Sigh. These are the craziest things fans have done to save their favorite TV shows. 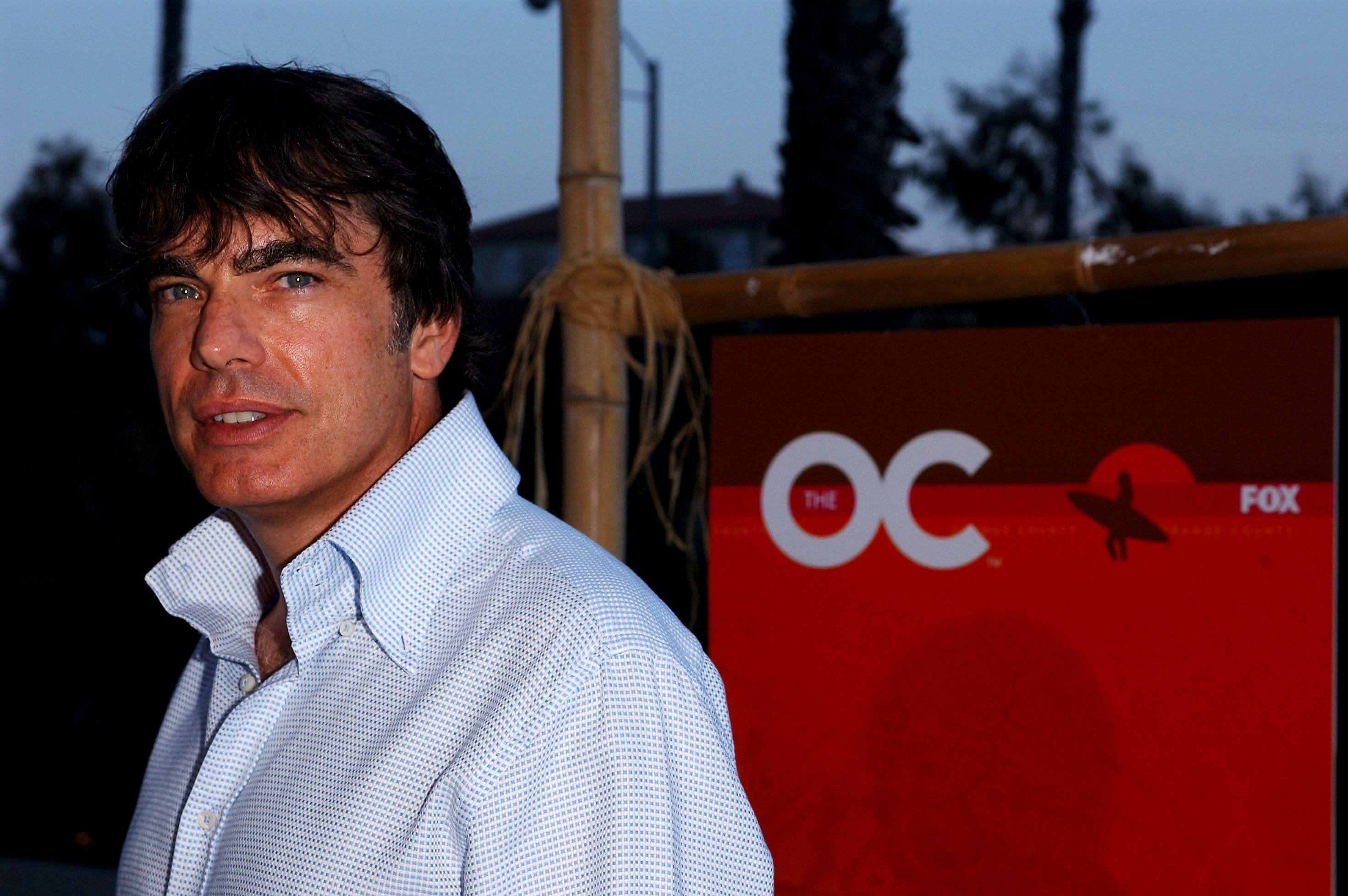 Sandy Cohen on The O.C.

With a Bronx accent in California’s tony Orange County and a penchant for saving the tired and poor—hence his work as a public defender—Sandy Cohen (Peter Gallagher) was the dad who got you out of trouble. He often felt like a fish out of water but still made it work as a father to Seth (Adam Brody) and husband to Kristen (Kelly Rowan). He even brought home a stray teenager once—Ryan, a former client (troubled teen, cue the household drama) played by Ben McKenzie. 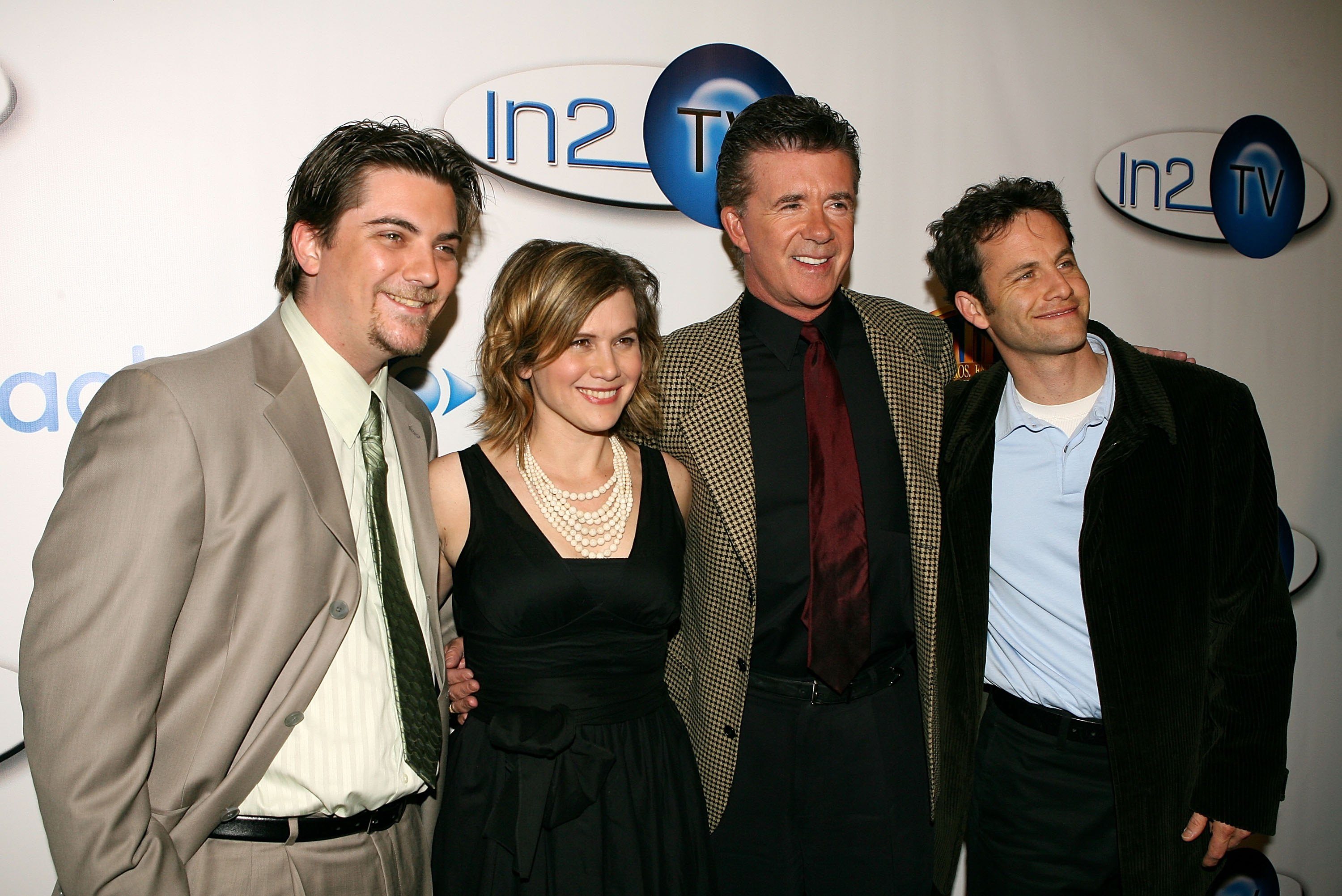 If you’ve ever wondered what it’s like to have a psychiatrist for a dad, Jason (the late Alan Thicke) nails it. Nearly everything is a philosophical discussion but the best part is that he’s a good listener and willing to talk over ideas and scenarios, whether his four kids, Mike, Carol, Ben, and Chrissy like it or not. (Oh, and who could forget the local homeless teen, played by Leonardo DiCaprio, who moved in later on?) With his wife, Maggie, working outside of the home as a reporter—and Jason’s office at home—this only means he gets more time with the kids. Are you also working from home and need a laugh? Check out these 14 hilarious working-from-home memes. 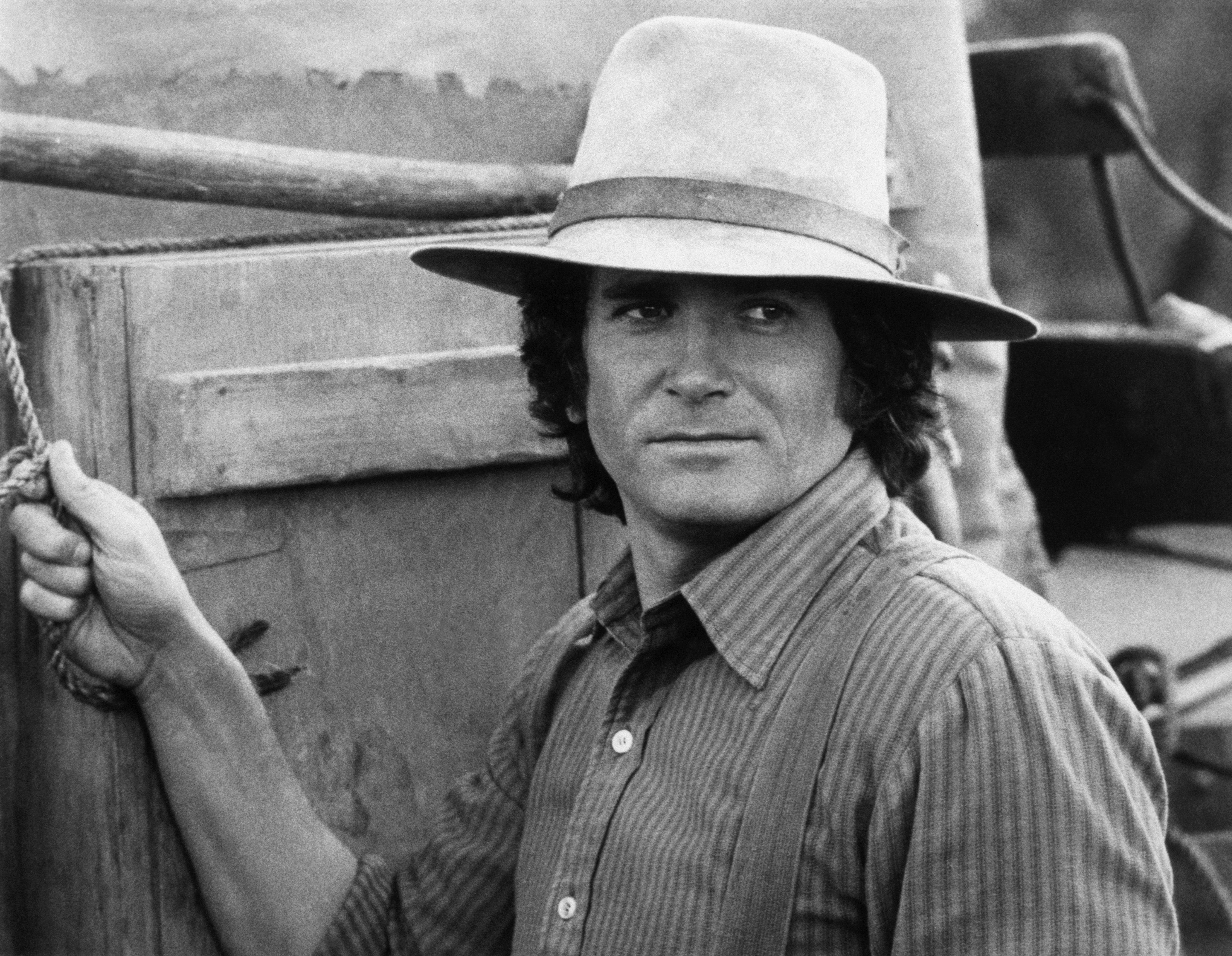 Charles Ingalls on Little House on the Prairie

Most of us may be pretty far gone from rural prairie life—especially a world before electricity and plumbing—but that doesn’t mean the industrious nature of Charles (Pa, played by the late Michael Landon) goes unnoticed. This guy (based on the real-life father in Laura Ingalls Wilder’s autobiographical Little House series) can build, whack, and farm a lot of nothing into something. 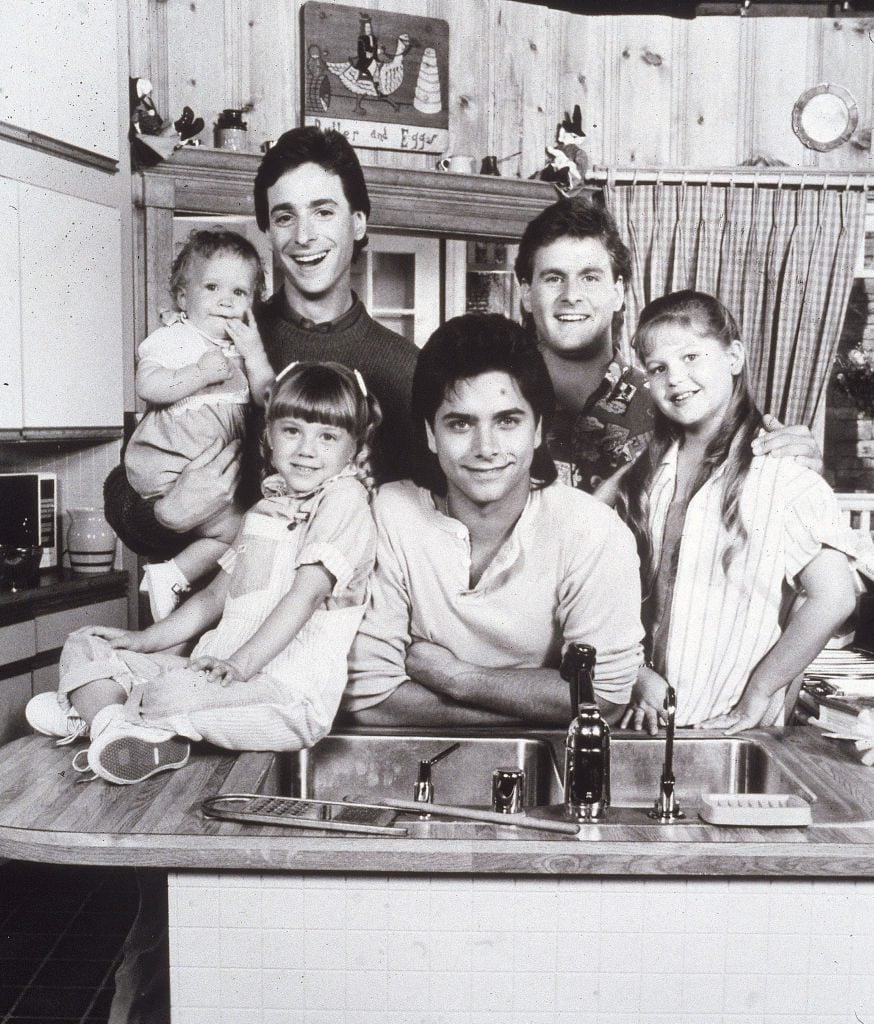 A major multi-tasker—come on, this guy (played by Bob Saget) holds down a full-time job as co-host and sports anchor while parenting three girls after his wife dies—you might get tired just watching one episode of this TV sitcom. Bonus: a glimpse in every show of San Francisco’s famed Italianate Victorians, including the one where the Tanners resided with Danny’s brother-in-law and best friend in the city’s Lower Pacific Heights neighborhood. Find out how San Francisco’s “Painted Ladies” got their name. 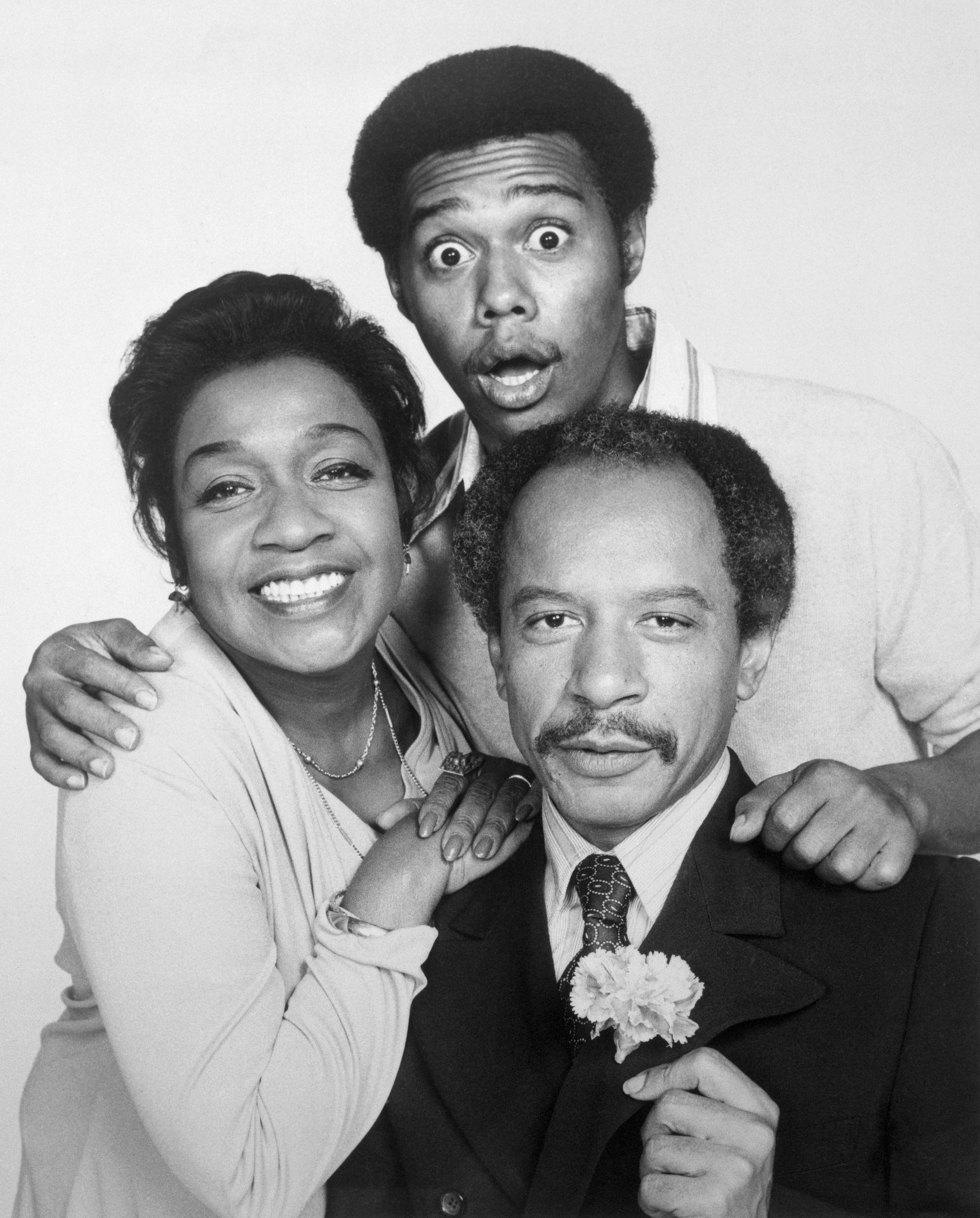 As an African-American entrepreneur, George (Sherman Hemsley) founded a chain of dry-cleaning stores in New York City called Jefferson’s Cleaners on this sitcom that ran in the ’70s and ’80s. And while he frequently made people angry, and was sometimes dishonest as a business owner, the kids knew he was there for him. In fact, in the series’ last episode, George gives his granddaughter, a Girl Scout, advice that, comically, backfires. But as every Girl Scout knows, time in the troops is filled with lessons. 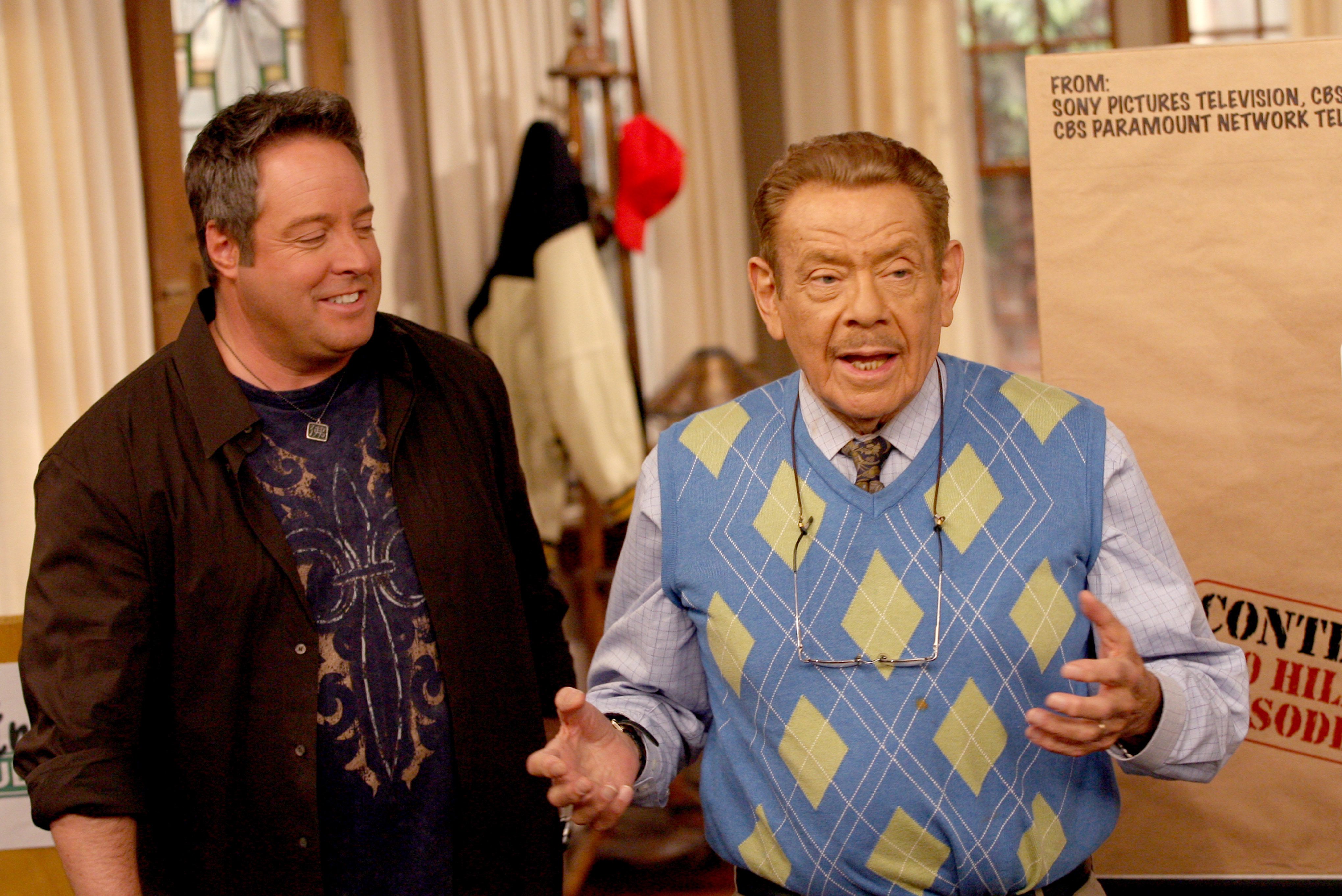 Arthur Spooner on King of Queens

Every time Arthur (the late Jerry Stiller) clomps up the back stairway into the kitchen, we know he’s got something to say—and with dramatic flair. It probably wasn’t easy for him to move into his daughter Carrie’s (Leah Remini) Queens, New York, home—and he often clashes with Carrie’s husband Doug (Kevin James)—but he loves his daughter to death and proves that humor can heal any riff. In fact, between Doug and Arthur, this show is firmly rooted in the comedy genre. Try your hand at making people laugh with these hilarious dad jokes. 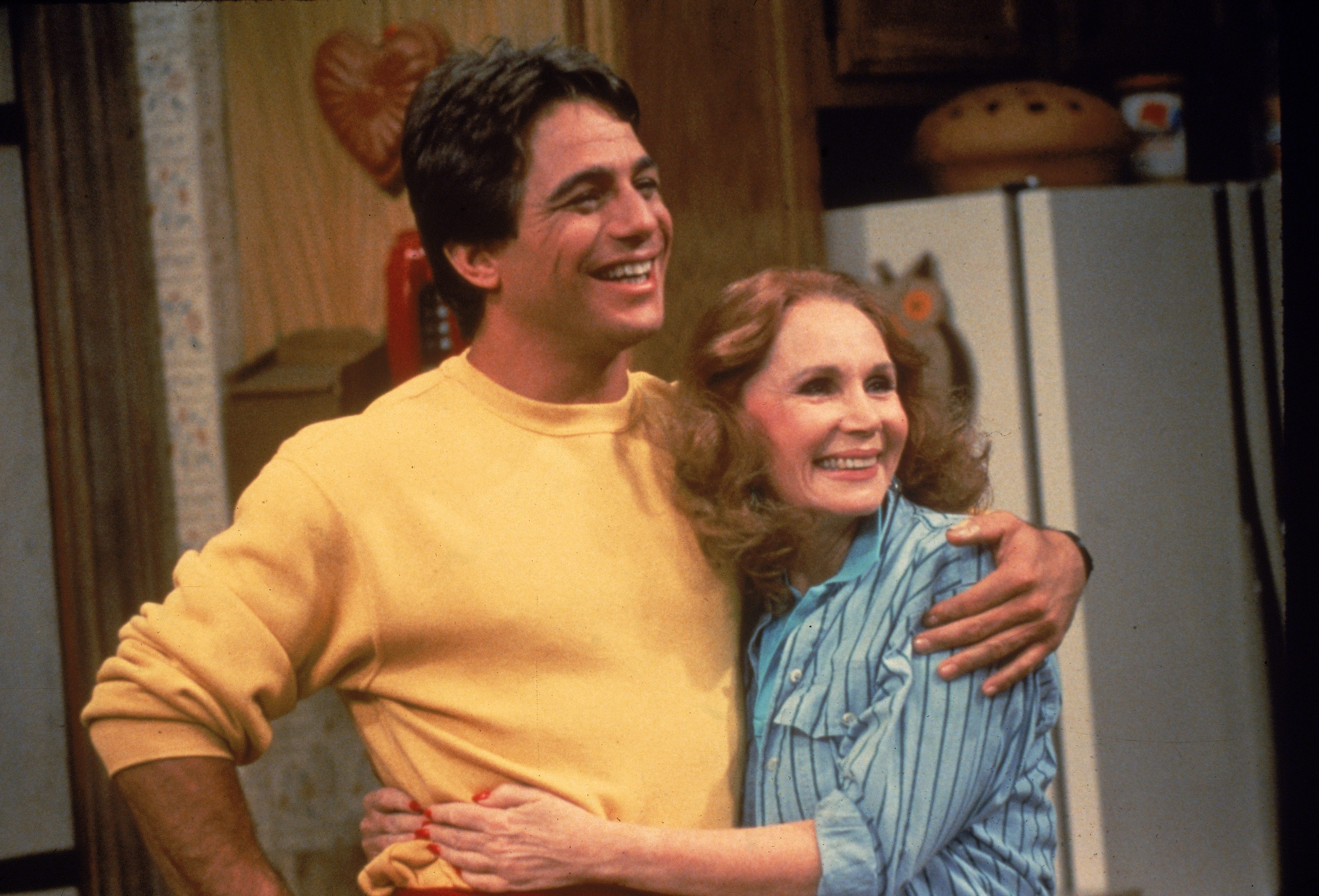 Tony Micelli on Who’s the Boss?

Tony Danza’s portrayal of a blue-collar single dad, former pro baseball player, housekeeper, and stay-at-home dad Tony—yep, all four rolled into one—provided some heartwarming moments with his TV teenage daughter Samantha (played by Alyssa Milano). Judith Knight’s character of Angela Bower acts as a surrogate mother of sorts to Micelli’s daughter, making the trio’s life in Angela’s mansion—along with Angela’s mother Mona (played by the late Katherine Helmond)—a fun story to watch. Everyone is changed for the better by their time together, and it shows. These are the 10 weirdest TV shows of all time. 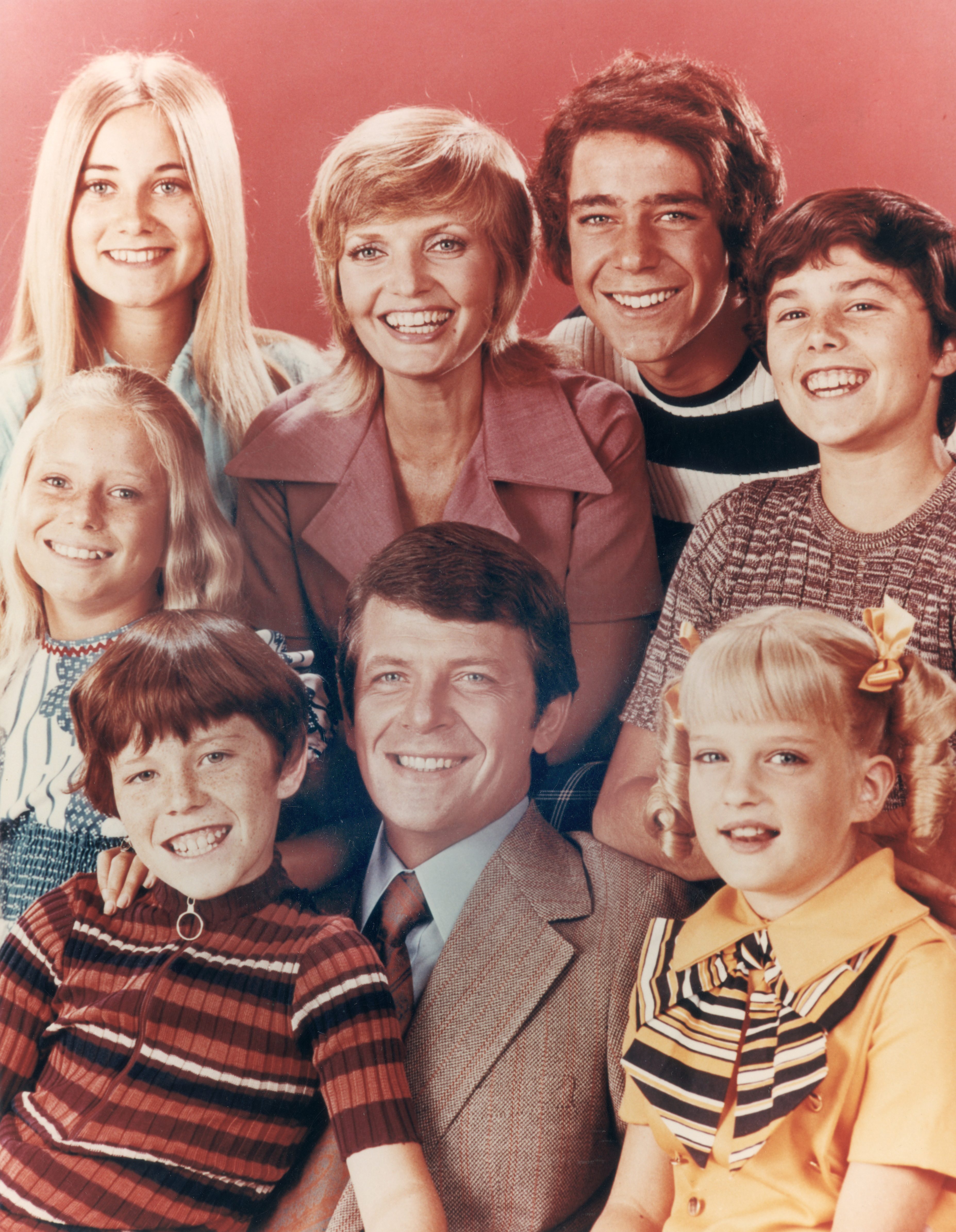 Mike Brady on The Brady Bunch

Divorced dads who remarry and become a stepdad are now a common reality, but back in the late ’60s and early ’70s, when The Brady Bunch aired, it was a rare thing. Mike Brady (the late Robert Reed) marries a gal Carol, played by the late Florence Henderson) with three girls, who then move into his house and join his three sons—plus housekeeper Alice—in a happy domestic life. If you break down the reality of adding four women to your testosterone-heavy household, not many people would be as easy-going as Mike. And, yet, he is, even when priceless lines are uttered, like this one, one of the 46 quotes that will make you miss your favorite movies and TV shows. 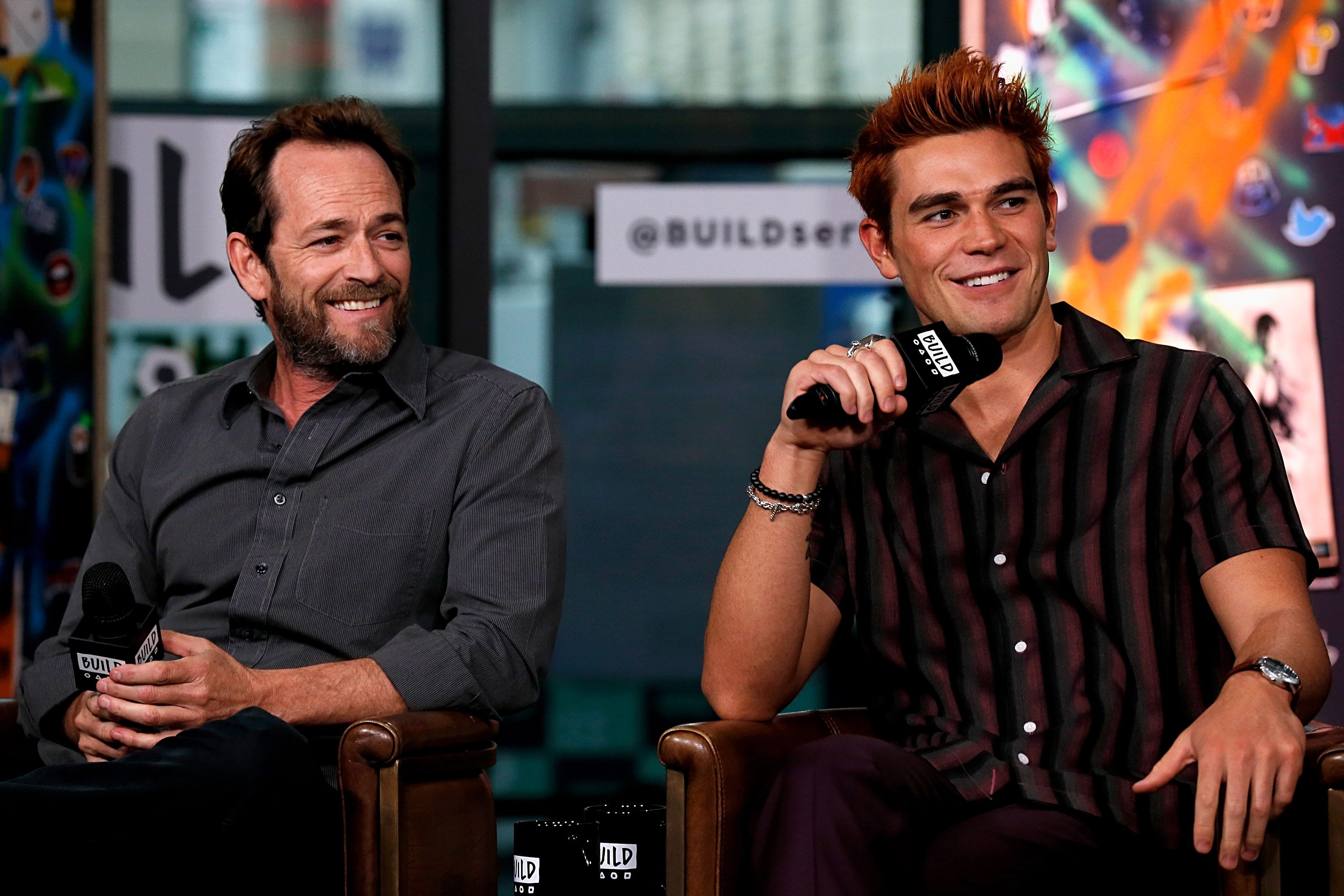 A devoted dad is priceless—even as a Hollywood character on a show set in a small town. The late Luke Perry portrays Fred, Archie’s dad (KJ Apa), and the owner of a construction business. He’s always relaxed and chill, in some ways not that different from the character Perry portrayed on Beverly Hills 90210, the elusive and introverted Dylan McKay, who resided in one of the most famous zip codes in America. 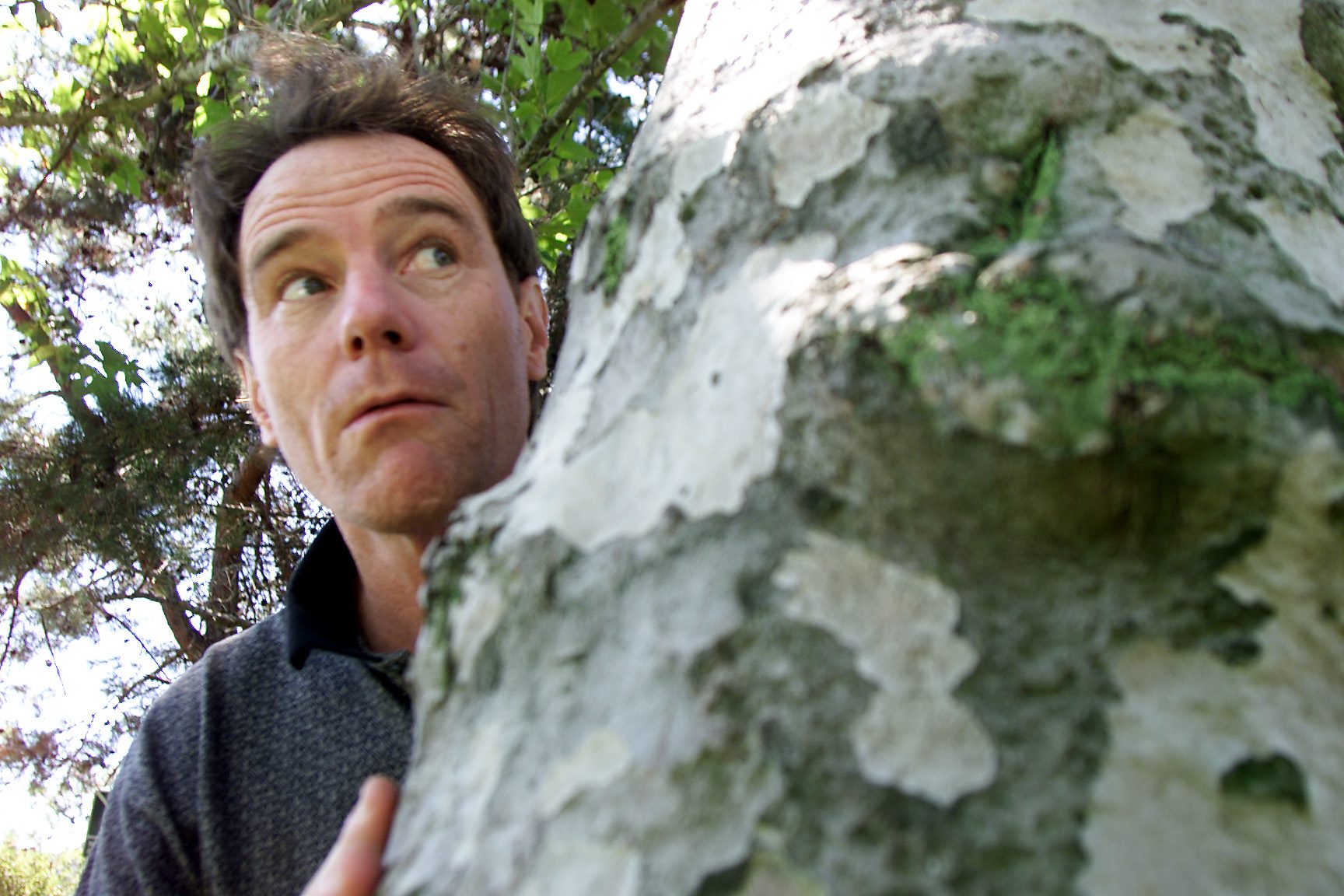 Hal Wilkerson on Malcolm in the Middle

In one of Bryan Cranston’s best roles yet—as Hal on the seven-time Emmy-award-winning comedy Malcolm in the Middle, about a couple and their five kiddos, including genius Malcolm—he navigates familial relationships with humor. He loves being a dad to boys and spends time with them every chance he can get. Viewers love how he picks up new hobbies only to promptly drop them, much like these new quarantine hobbies people claim they will never give up. 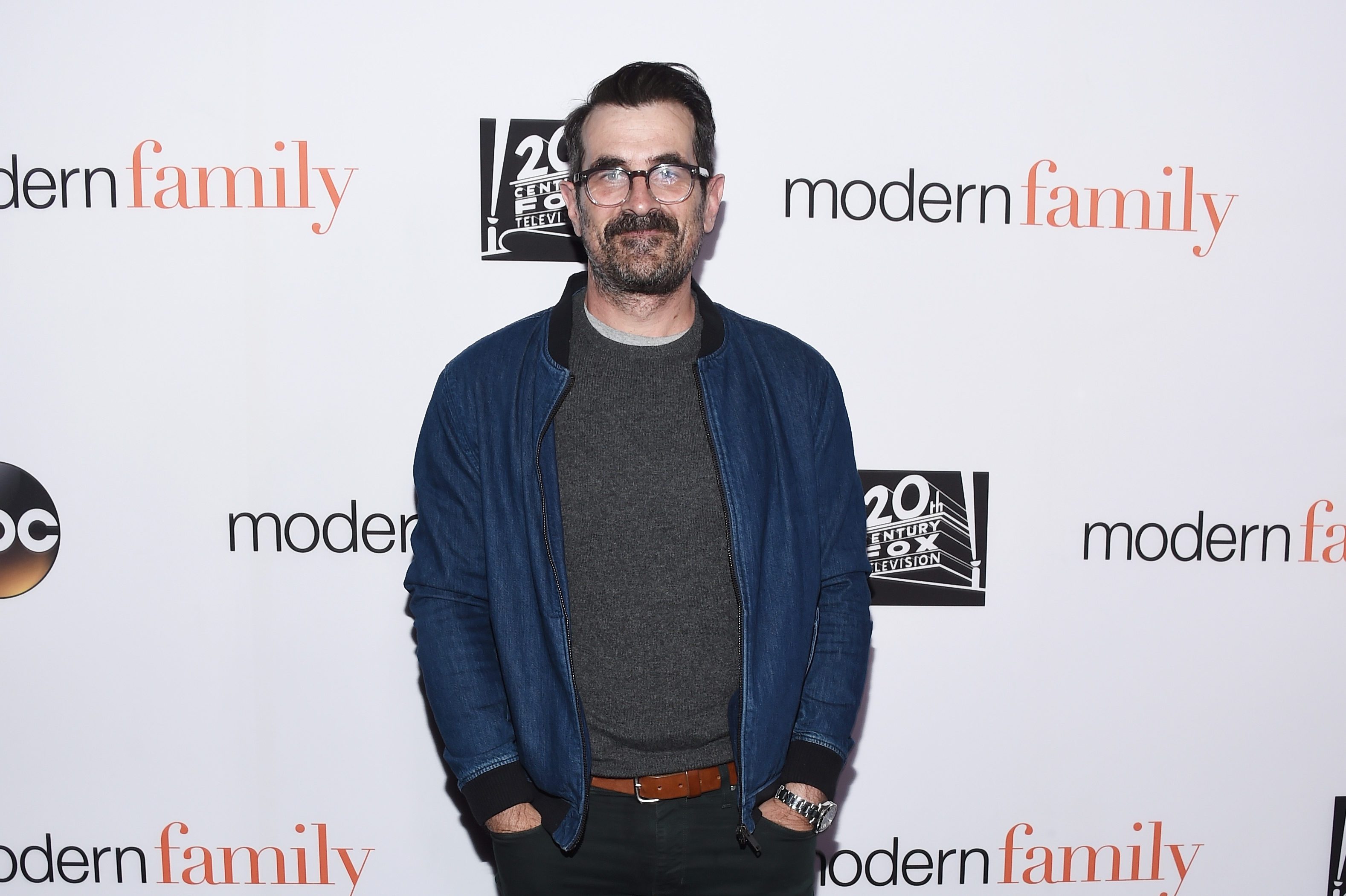 Who wouldn’t love a geeky-cool dad? That’s precisely the character Ty Burrell portrays on the wicked-funny mockumentary Modern Family, aka ABC’s longest-running comedy series. As Claire’s hubby, he works as a realtor and father to three kids: Haley, Alex, and Luke. Claire (Julie Bowen) works long hours as chief executive of her dad’s business, Pritchett’s Closets and Blinds. Stream one of these 10 movies with dad on Father’s Day to tug at his heartstrings.