From heartbreak to joy and everything in between, each of these iconic photos tell a truly American story. 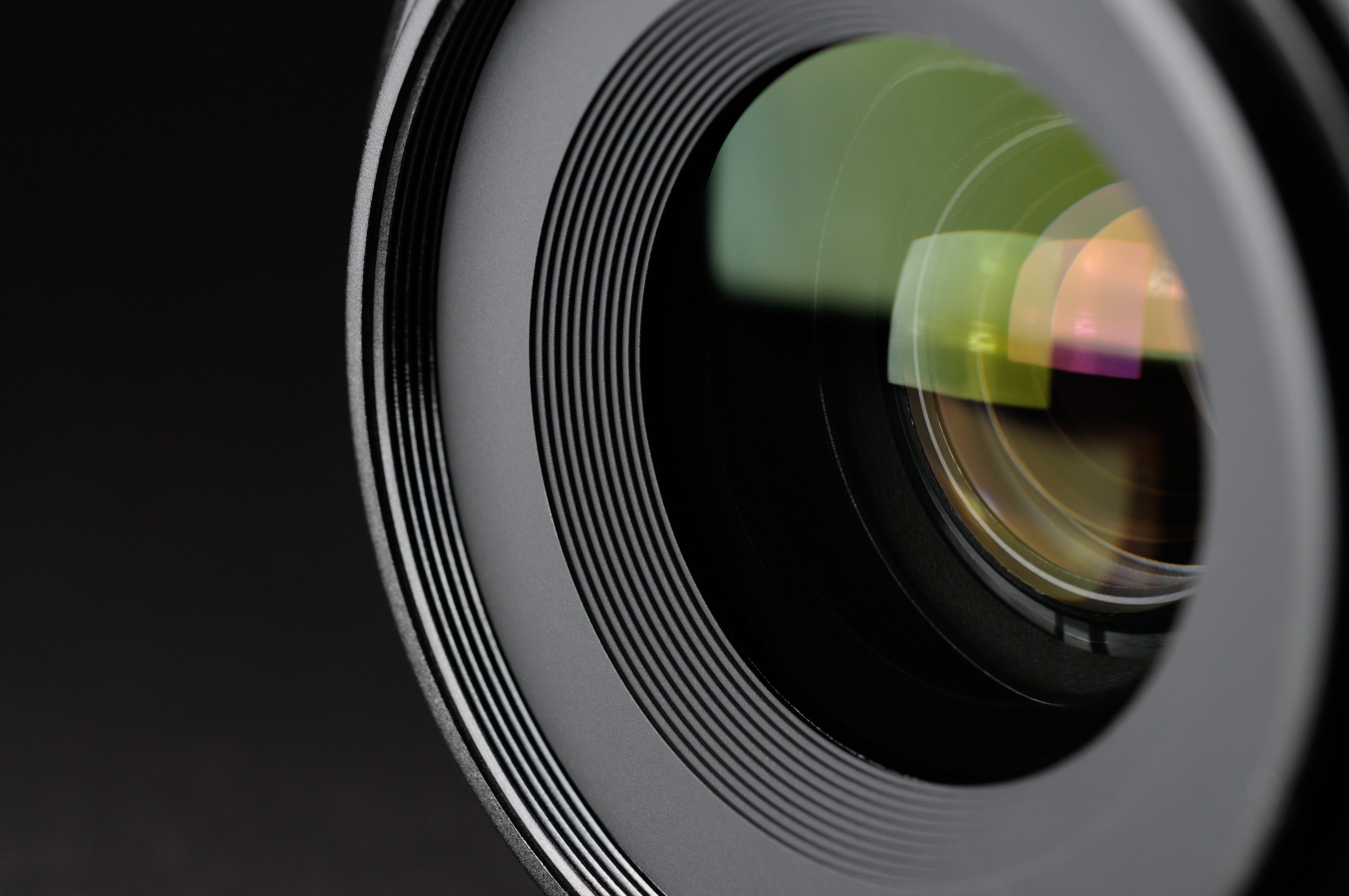 History buff or not, these iconic photos capture standout moments from the human story. Learn the stories behind these photos, and the individuals featured within them, including a shot from the battlefield of the Civil War; Lou Gehrig wiping away tears, as he announced his retirement; and the final moments of the crew before boarding the Challenger. 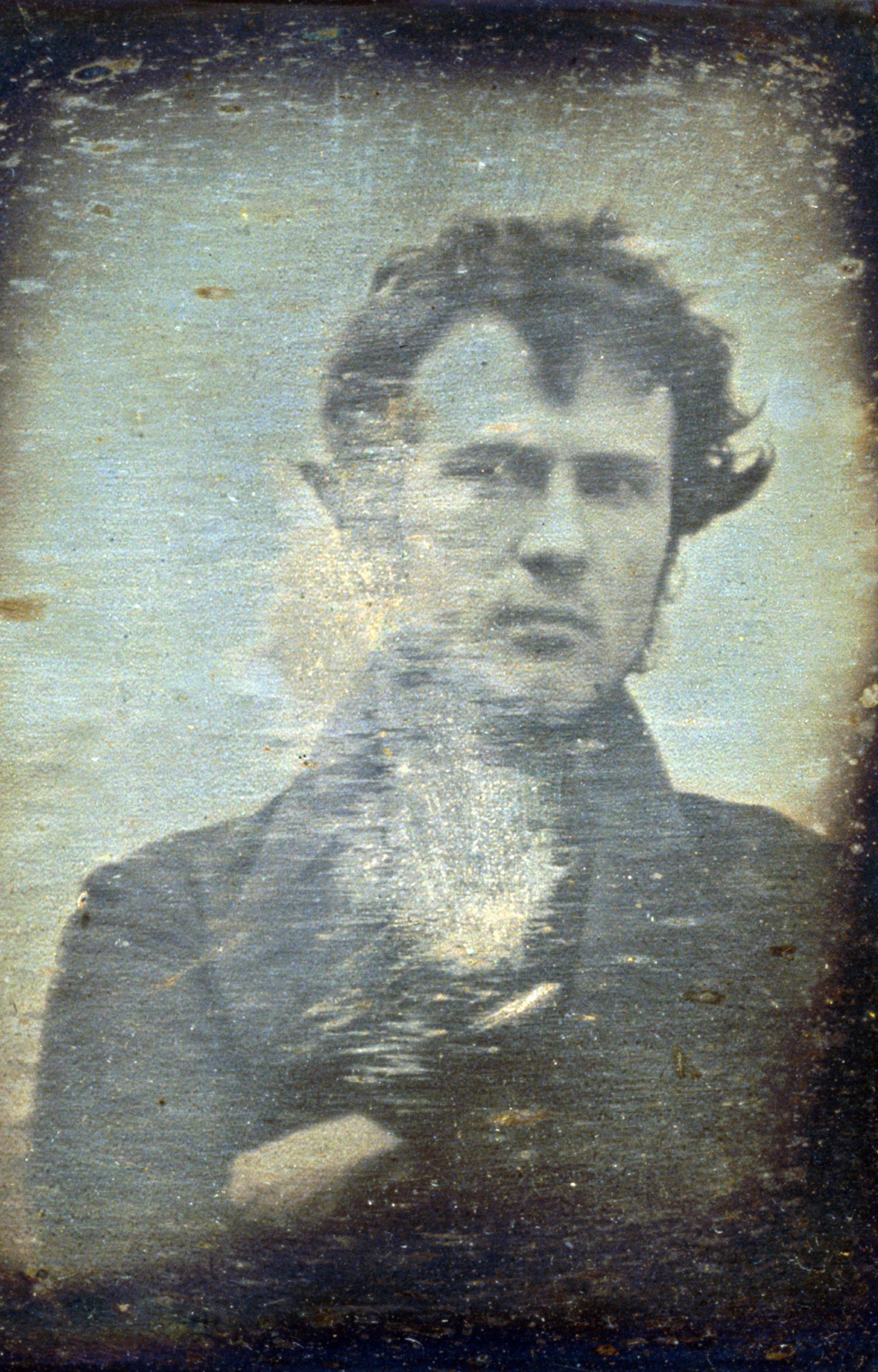 In 1939, more than 120 years after the first photograph ever was taken, Robert Cornelius set up a camera in the back of his family’s store and took what’s believed to be the very first photographic self-portrait ever. What’s astounding is how long it took for someone to take that first “selfie.” One thing is for sure—he nailed his lighting, and so did the takers of these other historical selfies. 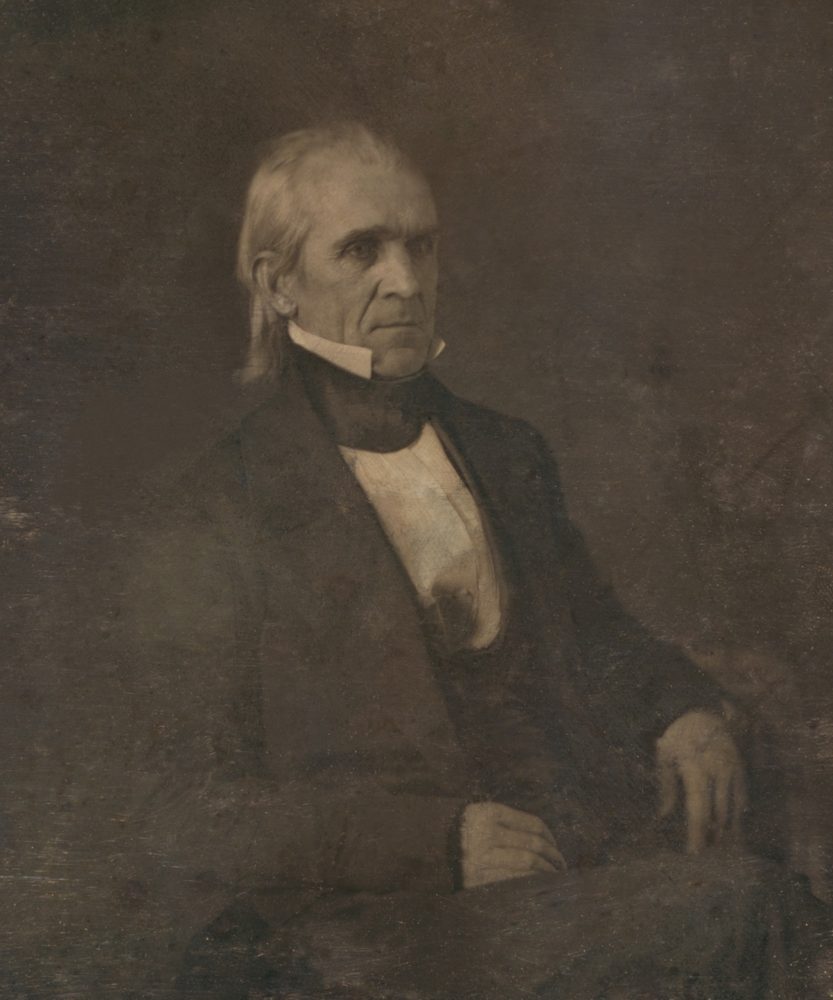 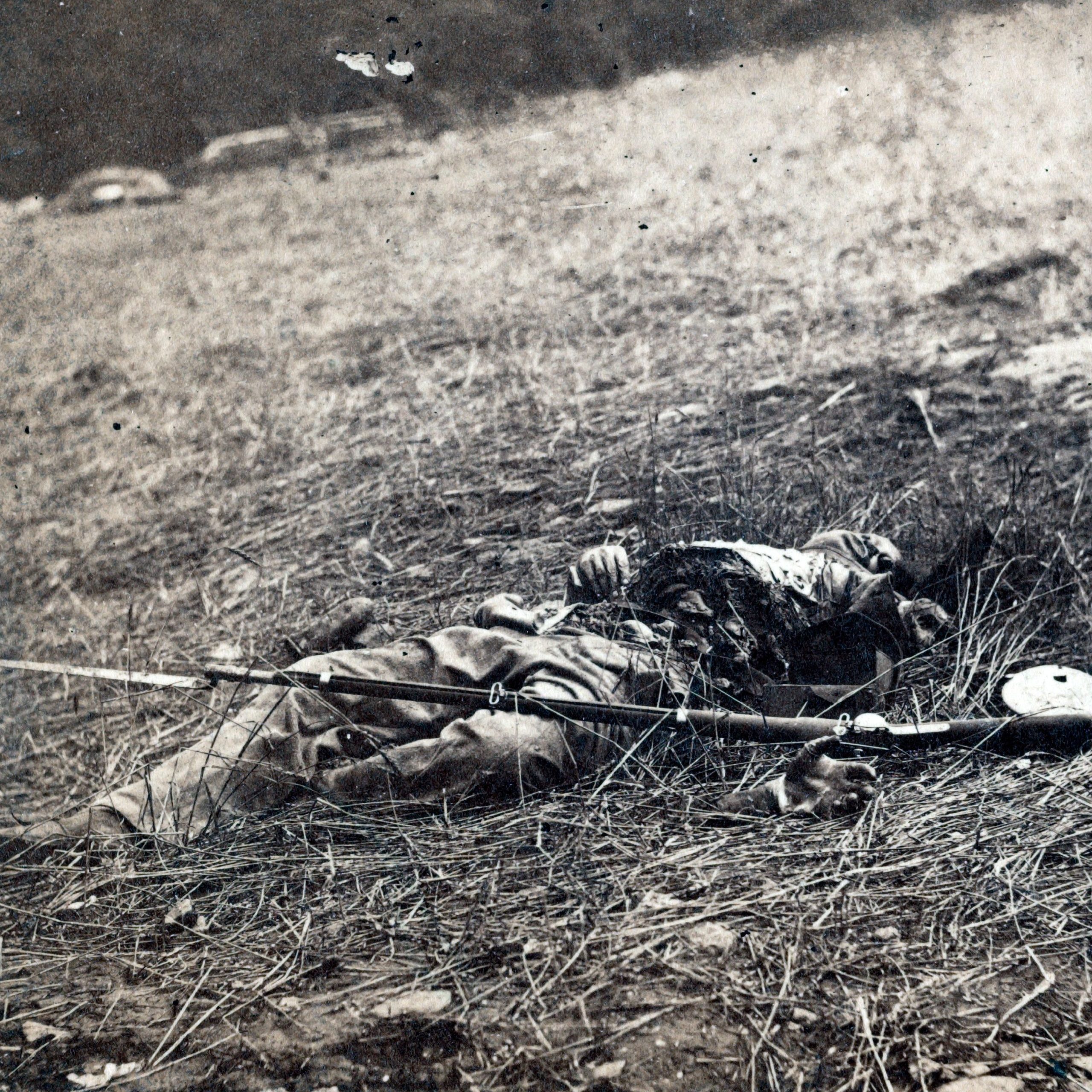 Death on the battlefield

For most of history, the horrors of war could only be described by those who’d been on the battlefield. That began to change in 1846 during the Mexican-American War when an unknown member of the American armed forces took what’s believed to be the first battlefield photograph. But it wasn’t until the Civil War that non-military men began traveling with the army in an effort to photographically chronicle our nation’s fights. This photo, taken by Alexander Gardner, depicts “the effect of a shell on a Confederate Soldier” during the Battle of Gettysburg in 1863. 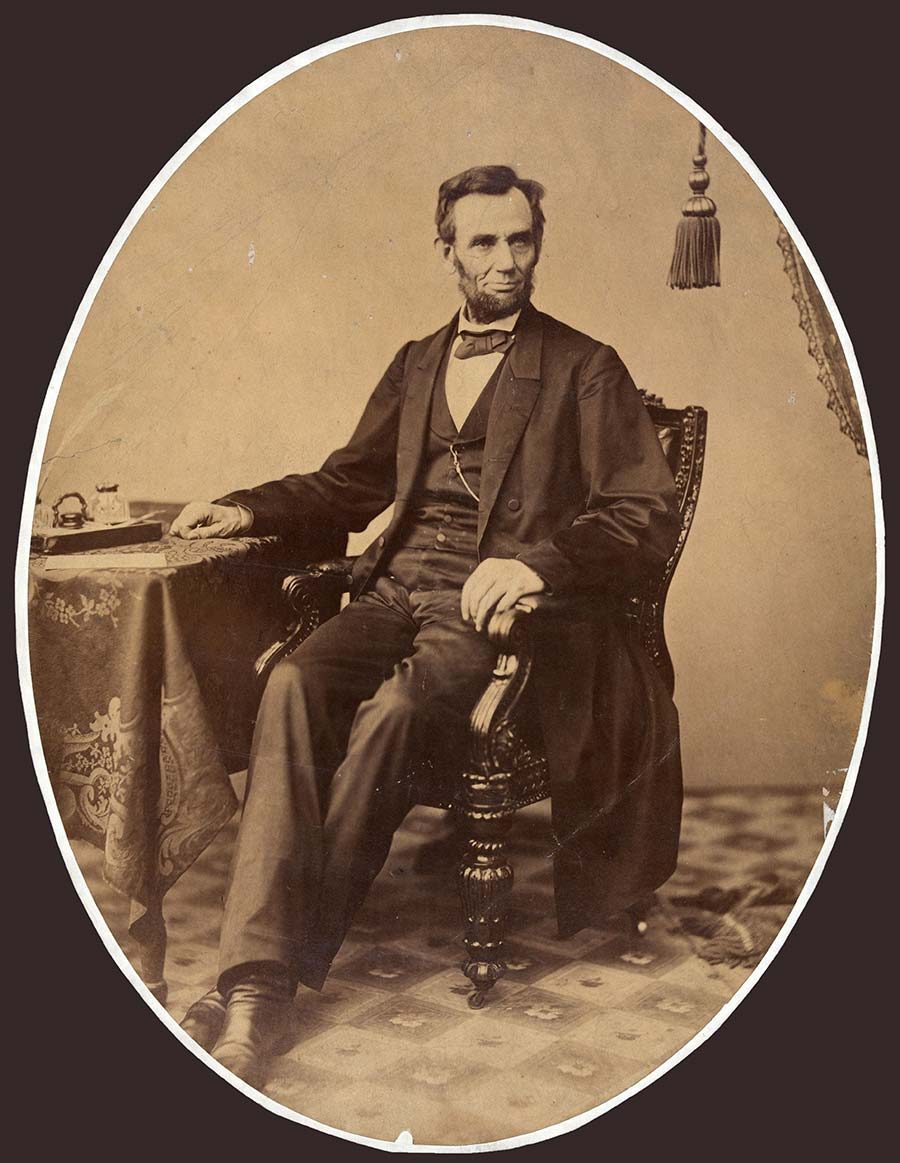 This iconic photograph of our 16th president, Abraham Lincoln, was taken just one week before he delivered his famous Gettysburg Address in 1863 (“Four score and seven years ago…”). Contrary to popular belief, he did not write it on the back of the envelope—these are other presidential “facts” that aren’t true, either. 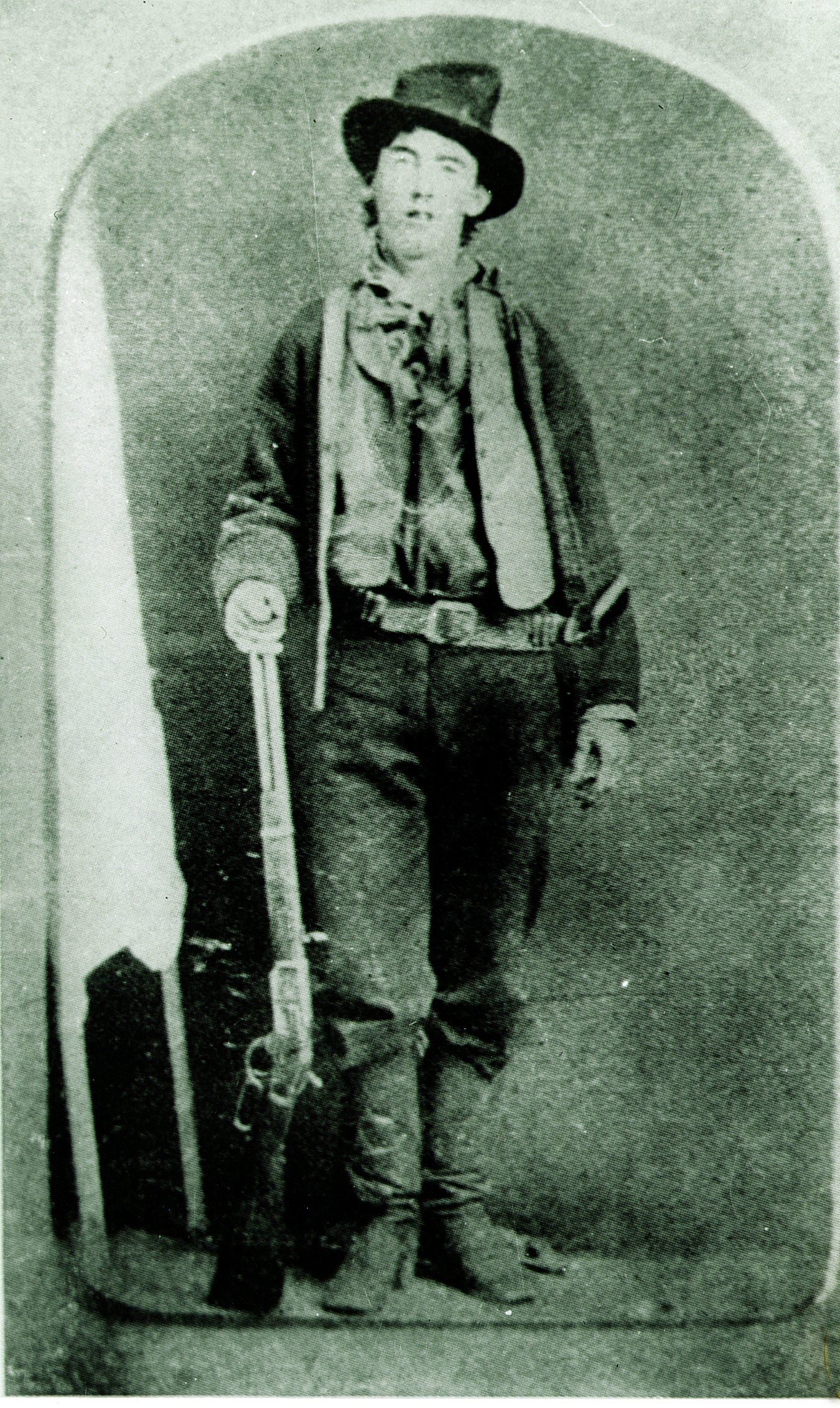 Born in 1859 in New York, Billy the Kid gained fame as a Wild West legend and one of America’s most notorious outlaws. By the time he was shot down in 1881 at age 21 by Sheriff Pat Garett in Fort Sumner, New Mexico, he’d killed at least 12 men (he claimed it was more than 20). This 1878 photo is the only photo of Billy the Kid that’s known to exist. Here are more of America’s most notorious criminals, from every state. 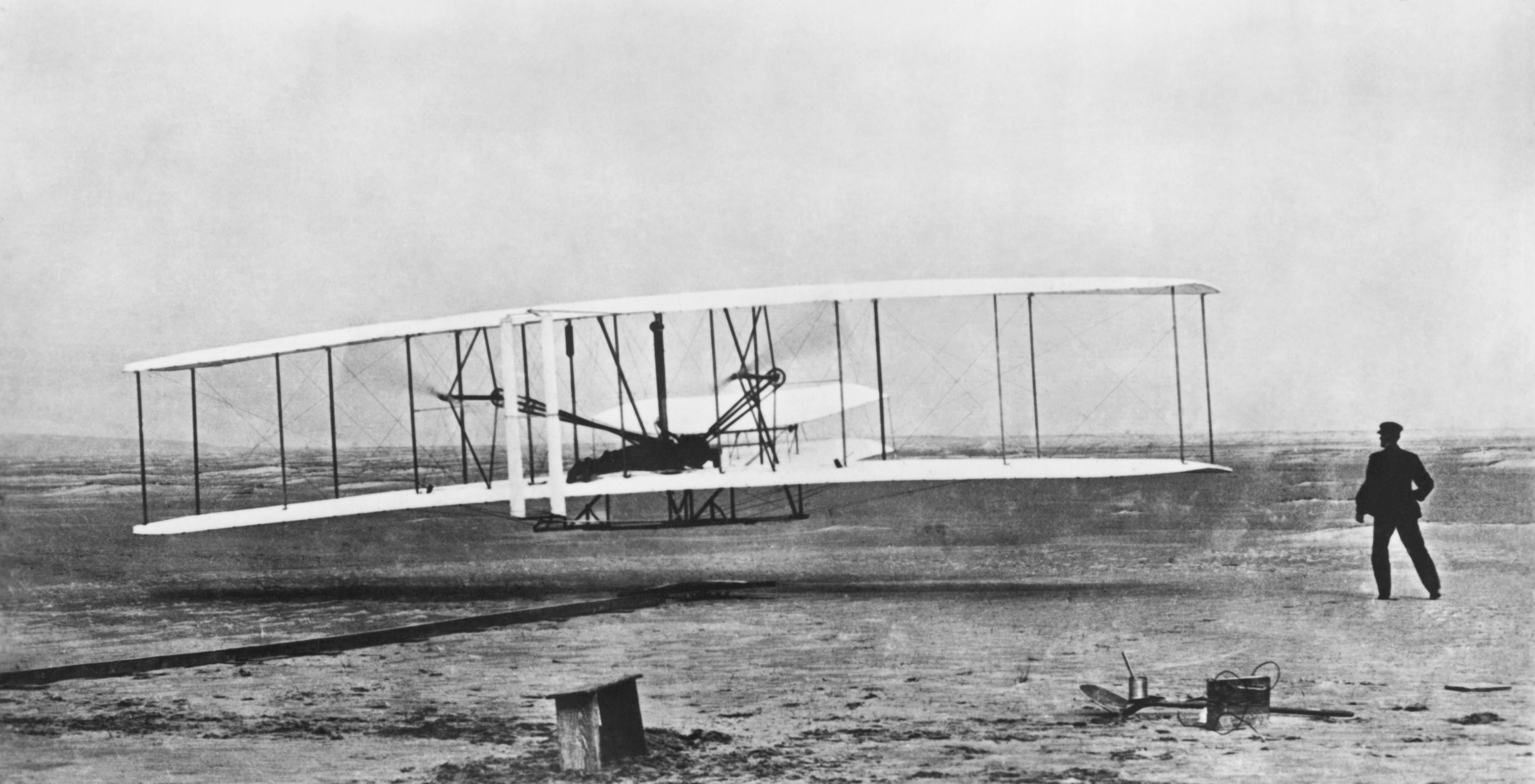 Wilbur and Orville Wright were brothers and best buddies who ushered in the age of modern aviation. On December 17, 1903, they flew the first powered, sustained, and controlled airplane flight, depicted here, near Kitty Hawk, North Carolina (technically, Orville was in the plane, and Wilbur was on the ground, but they always took dual credit for everything). Learn about 12 other famous siblings who changed history. 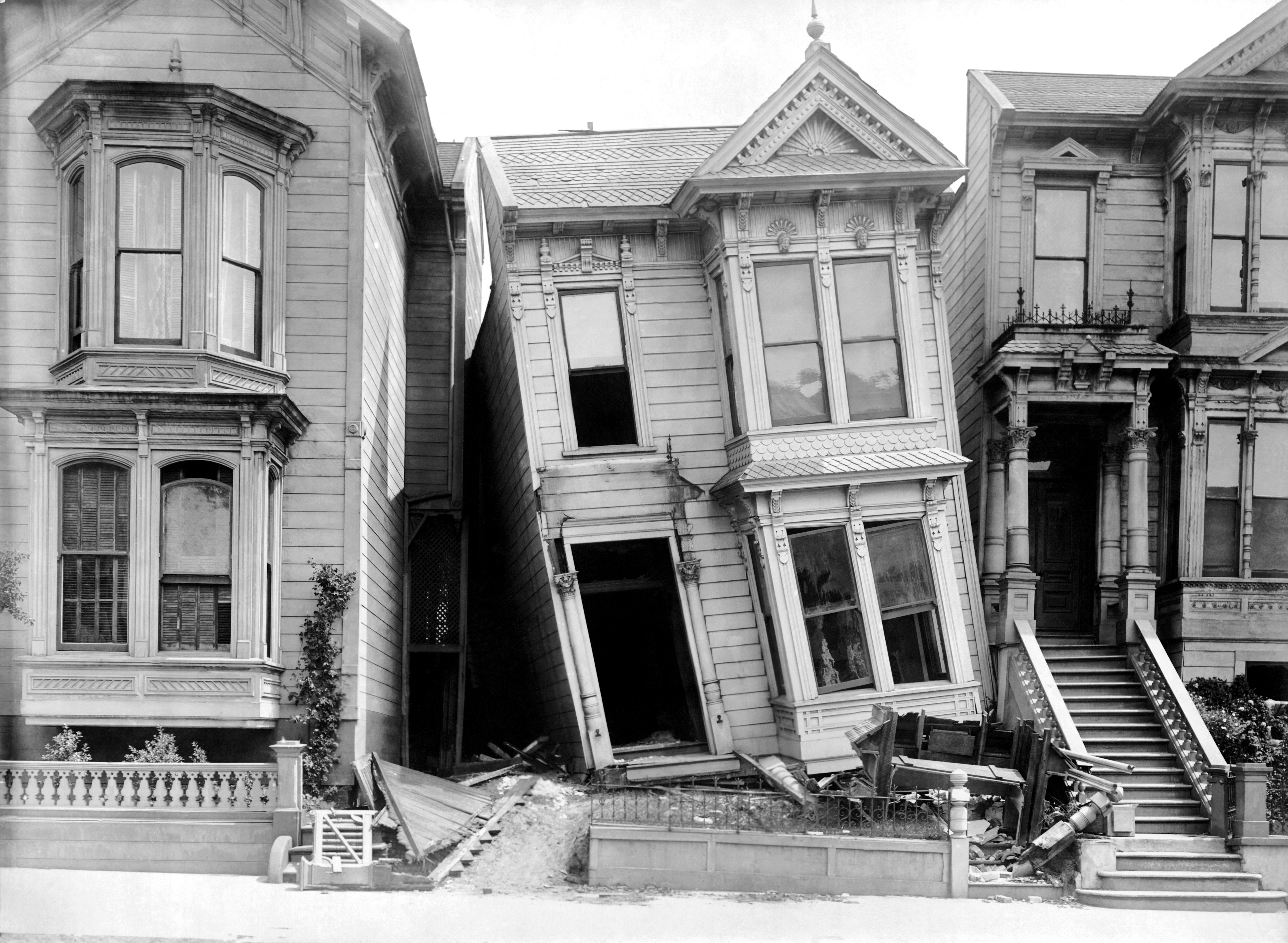 At 5:12 a.m. on April 18, 1906, a violent earthquake broke loose with an epicenter near San Francisco. Thousands of lives were lost during the “great” San Francisco Earthquake, which still ranks as one of the most significant earthquakes of all time. Pictured here is the damage to a row of Victorian homes on Howard Street near 17th Avenue. This isn’t the only earthquake whose damage was captured by the photograph; here are 6 others. 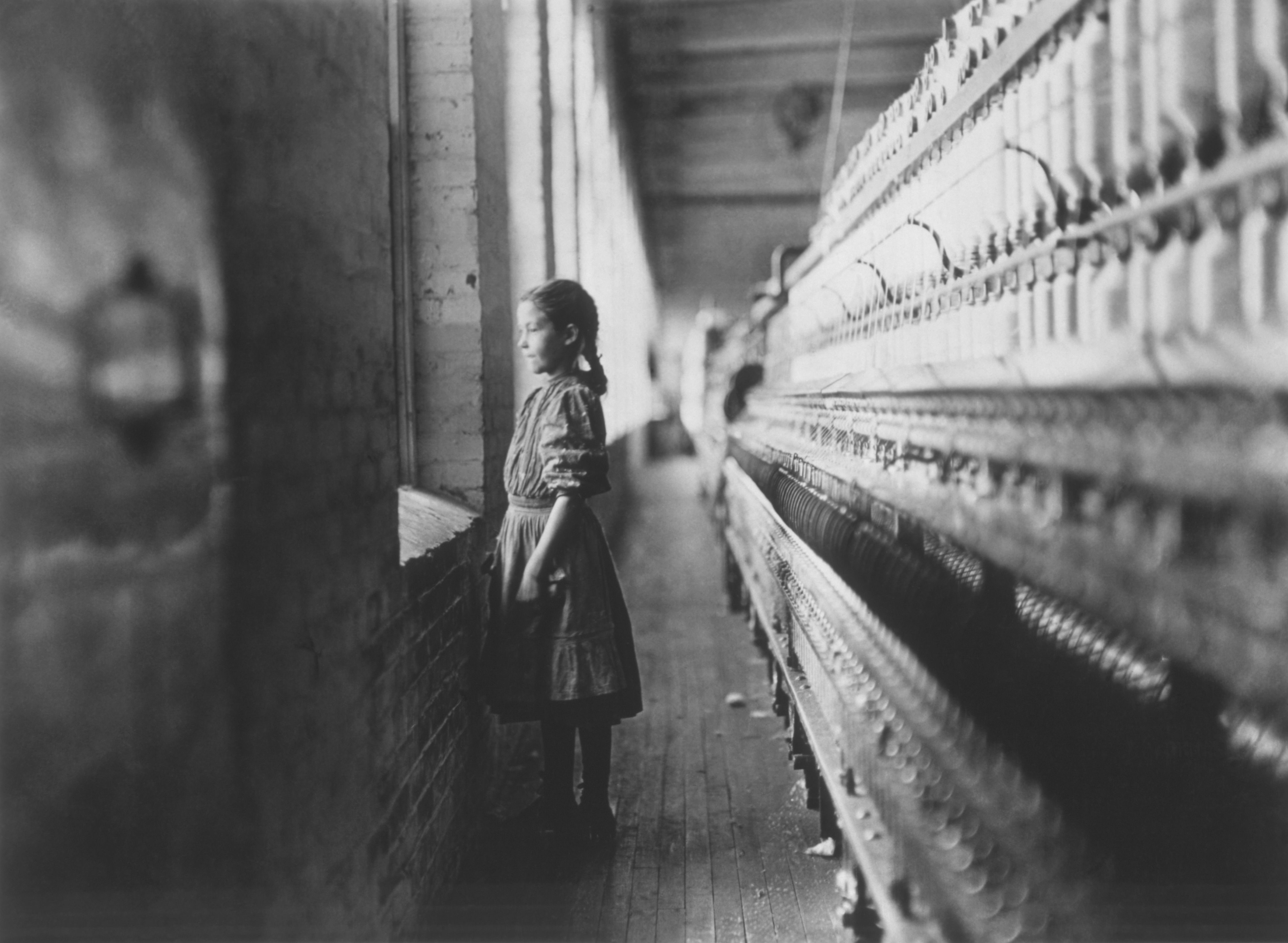 Between 1908 and 1912, investigative photographer Lewis Hine traveled across America photographing children working in factories, fields, and mines—some as young as three, and all enduring work weeks that averaged 65 to 70 hours. Hine’s photos—like this one of a young girl—helped catalyzed a change in public sentiment toward child labor and ultimately led to modern child labor laws. 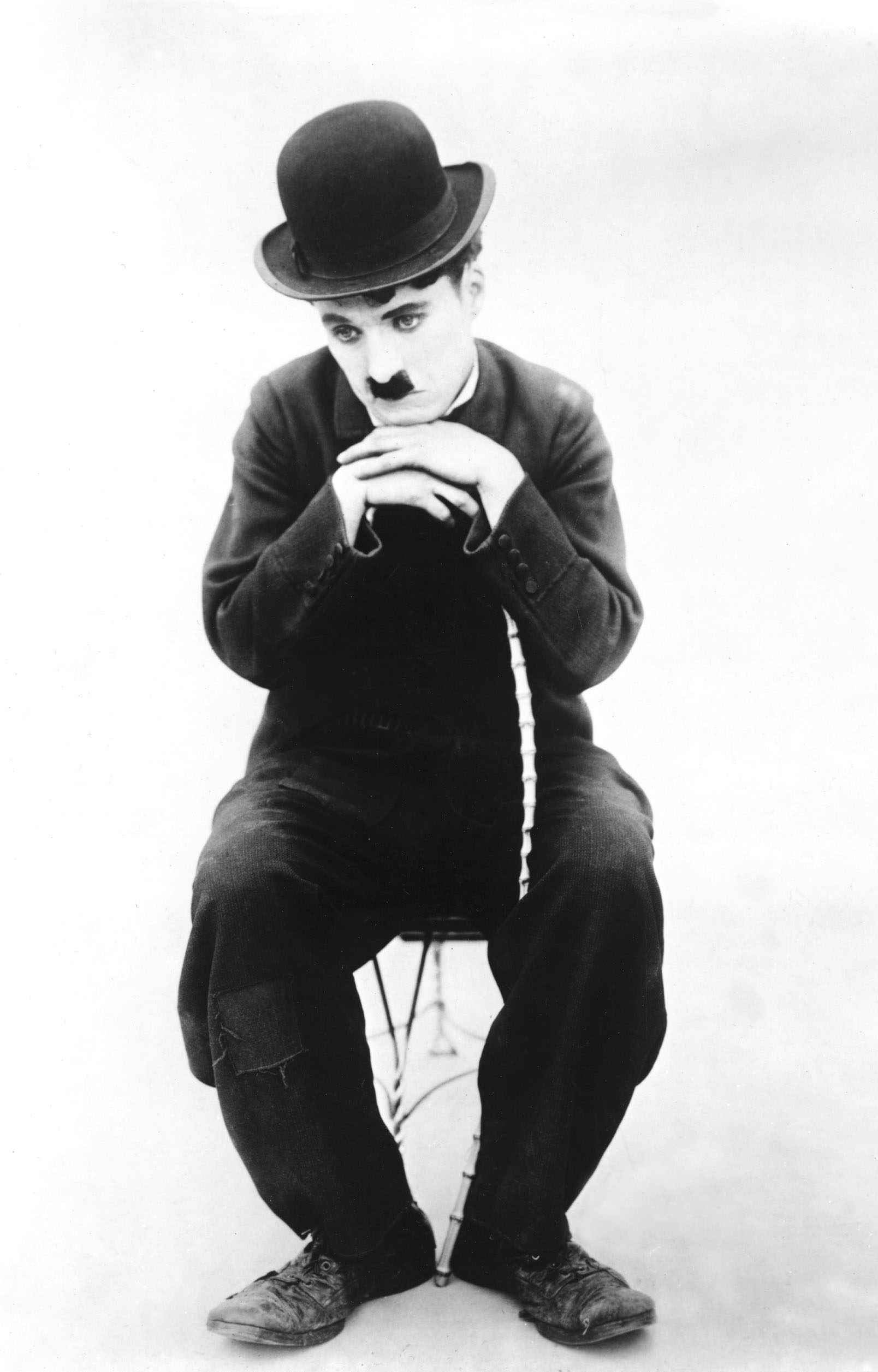 Charlie Chaplin as the “Little Tramp”

Charlie Chaplin’s most iconic on-screen character was the “Little Tramp,” which he debuted in the 1914 silent film, Kid Auto Races at Venice. Dressed in baggy pants, a tiny hat, and huge shoes and bearing exaggeratedly polite manners, a super-expressive face, and a hilarious toes-out walk, Chaplin’s most recognizable alter-ego appeared in films through 1952 and made Chaplin one of Hollywood’s first celebrities. Never seen a Charlie Chaplin film? Here are the other classic movies people lie about having watched. 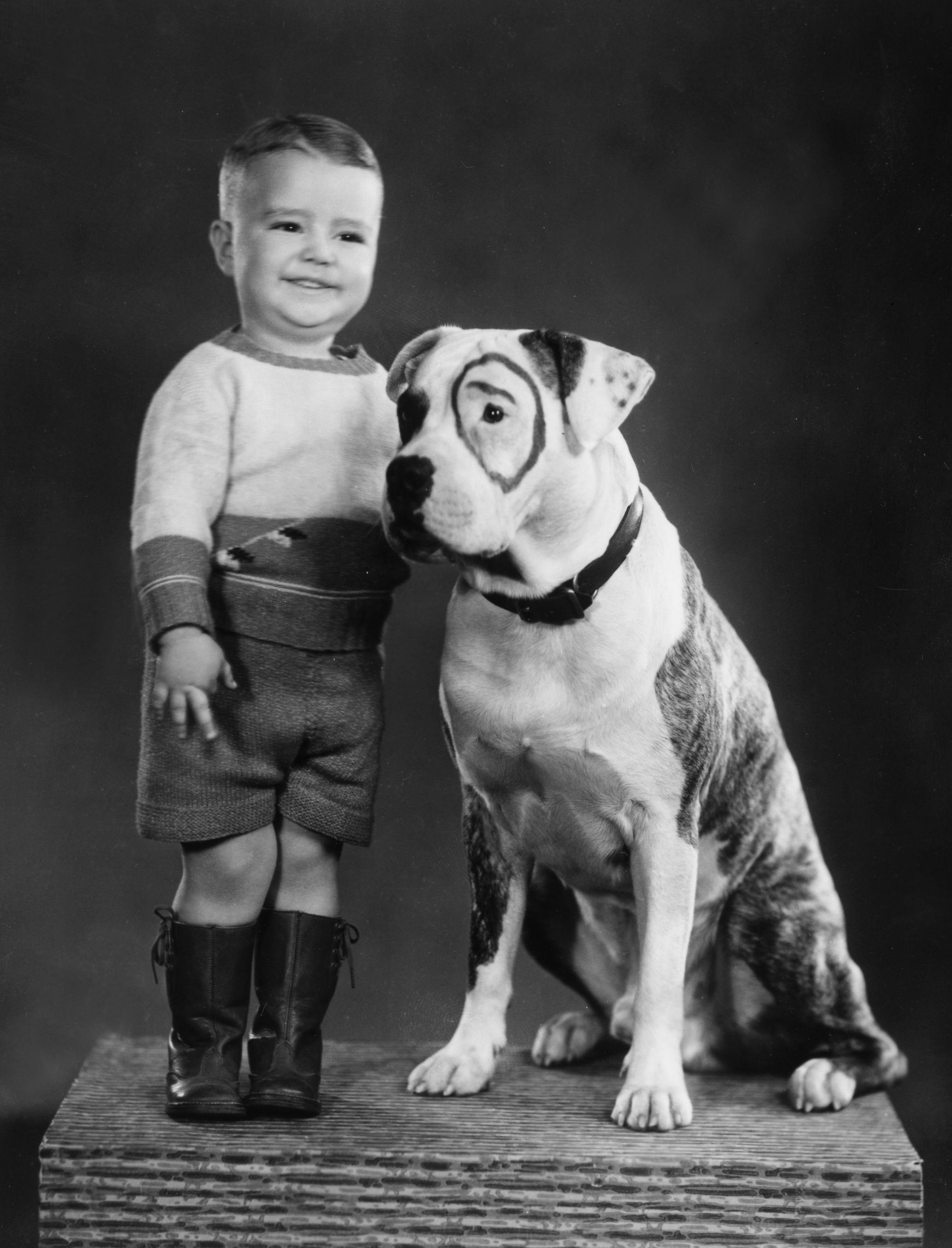 Before the director Hal Roach conceived of Our Gang (later known as Little Rascals), children in Hollywood tended to be depicted as tiny adults. In 1921, Roach found himself riveted by the spectacle of a group of little kids bickering over a bunch of sticks and realized the natural charms of children were far more interesting. In 1931, three-year-old George “Spanky” McFarland joined the cast and became the first breakout star of the show, alongside Petey, the dog. 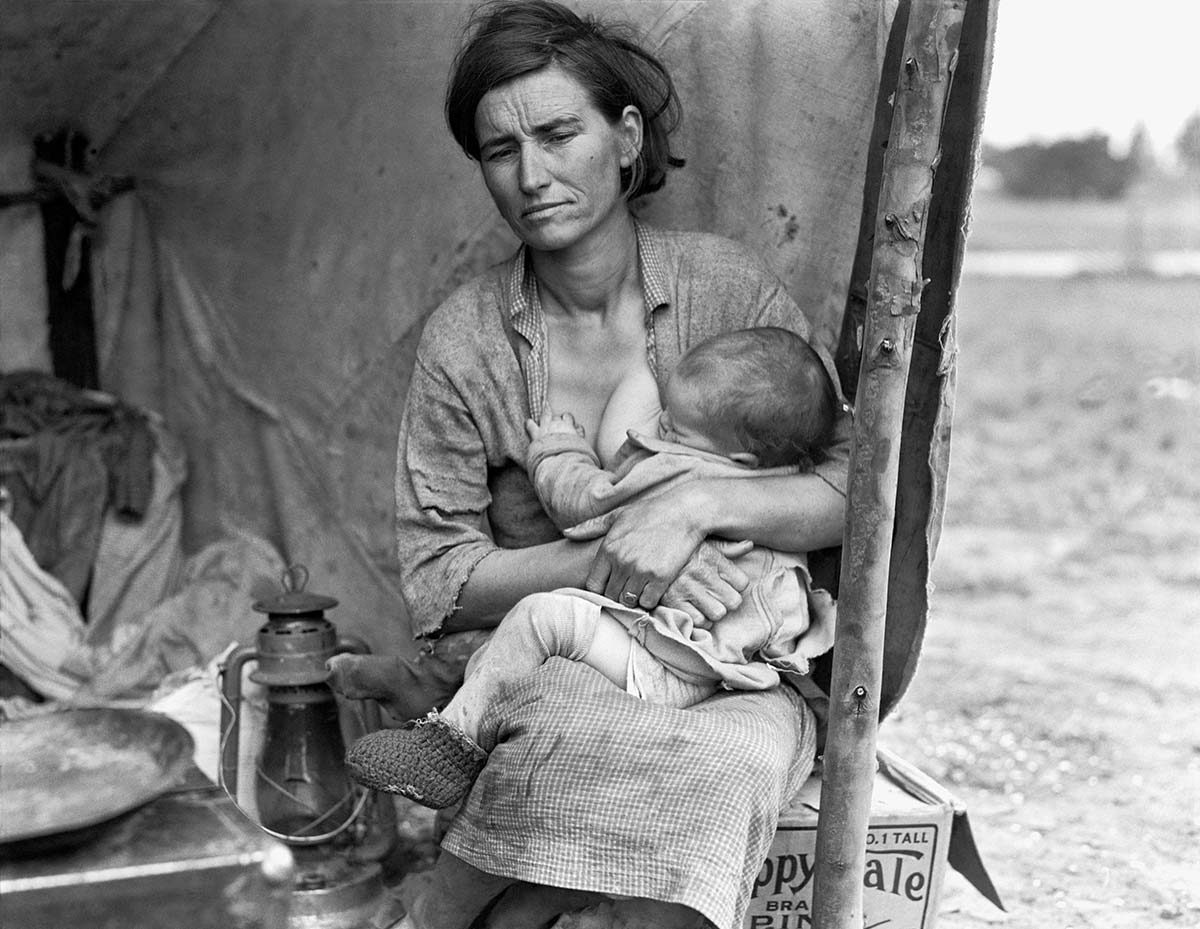 In 1936, photographer Dorothea Lange was concluding a month-long shoot depicting the desperate toils of migratory farm laborers in California when she came upon peapicker Florence Thompson, age 32, and was drawn to her “as if by a magnet.” Lange’s series of photos of Thompson and her children (here she’s nursing her youngest) may be among the most famous from those desperate times. 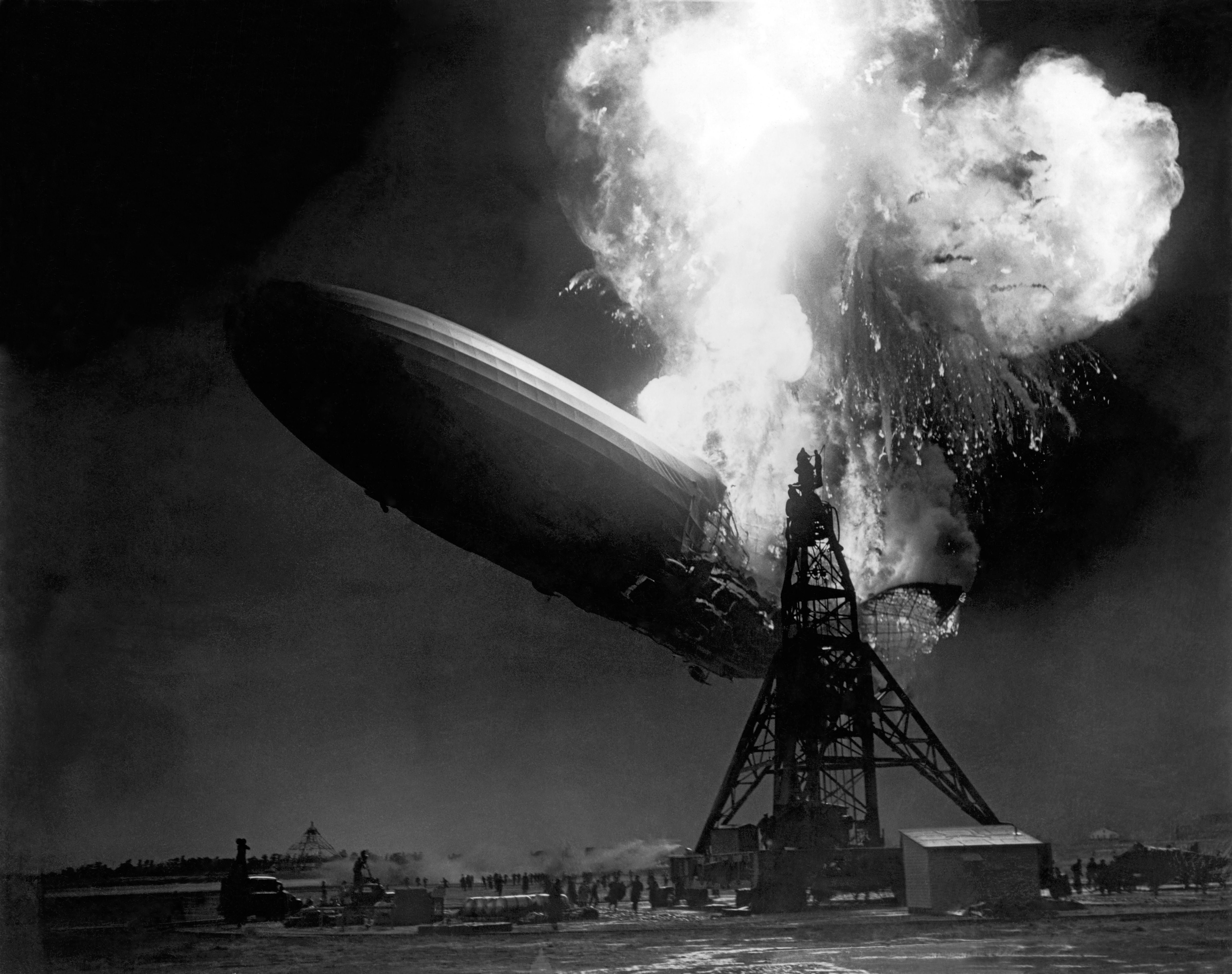 In 1937, the Hindenburg was the largest blimp ever built and the pride of Nazi Germany… until it burst into flames over Lakehurst, New Jersey, killing 36 passengers and crewmembers. Here’s why you don’t see blimps anymore, only partially related to this tragic moment. 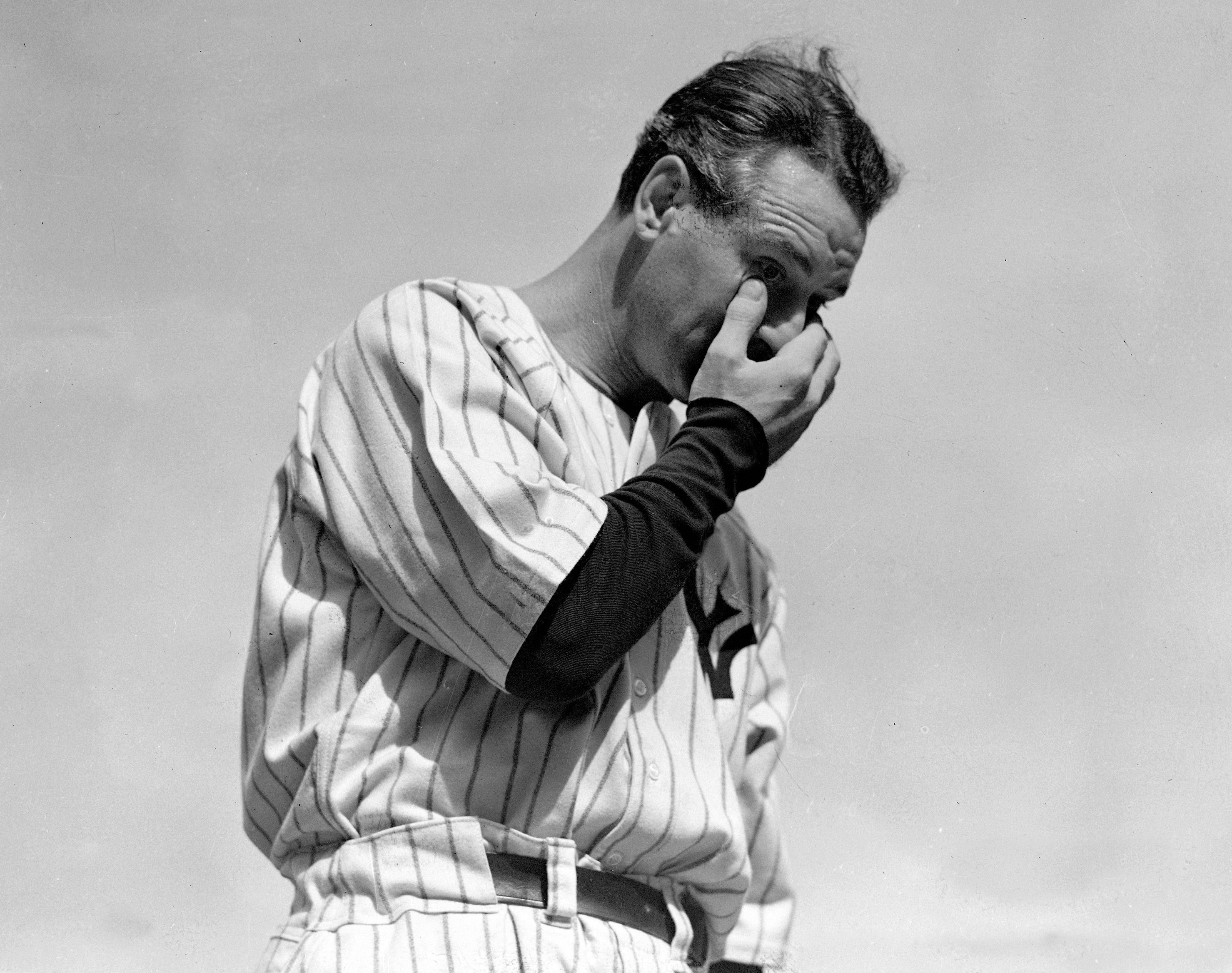 In 1939, at Yankee Stadium in New York, first baseman Lou Gehrig announced his retirement from baseball. The reason? He was dying of ALS, which would become known as “Lou Gehrig’s disease.” Nevertheless, Gehrig referred to himself as the “luckiest man on the face of the planet” as he wiped a tear from his eye. He died two years later at age 37. 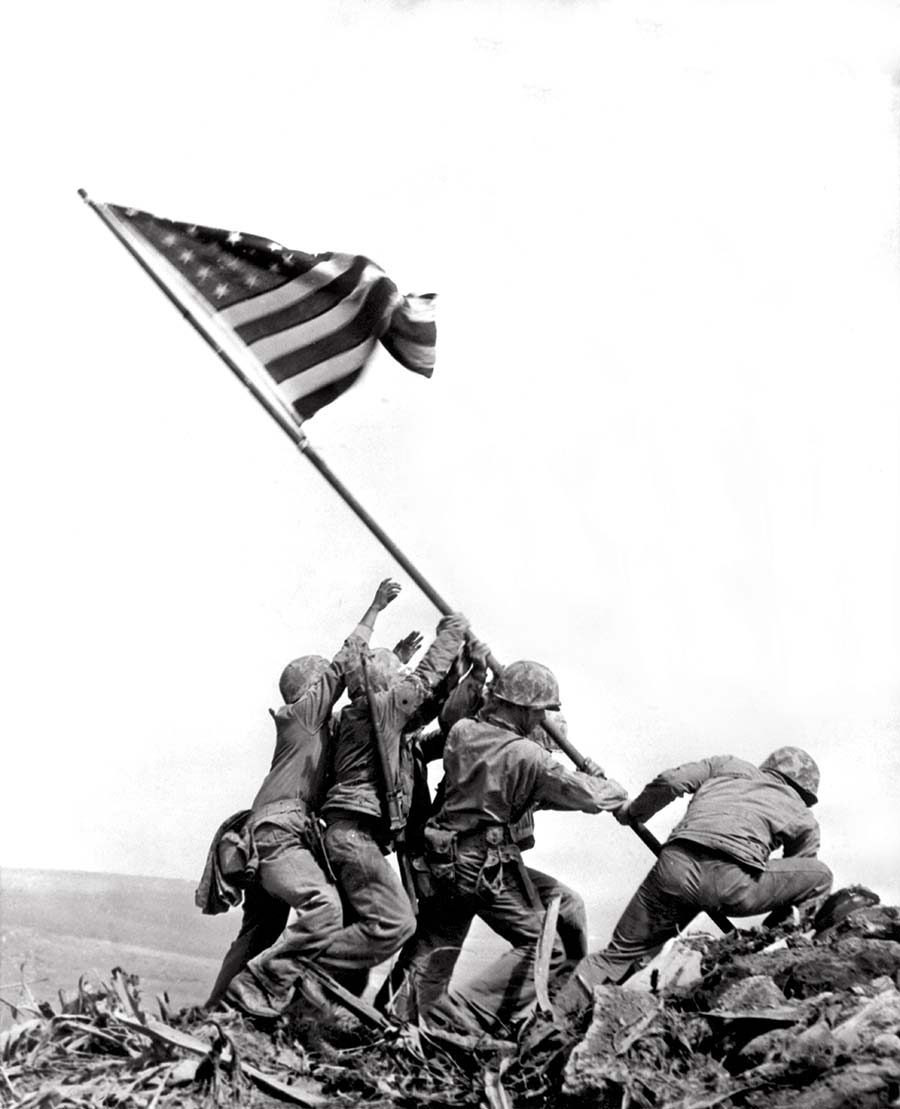 Raising the flag at Iwo Jima

“Perhaps no Pulitzer Prize-winning photograph is better known than Joe Rosenthal’s picture of six U.S. Marines raising the American flag on Mount Suribachi on Iwo Jima,” according to the Pulitzer organization, itself. Rosenthal took the photo for the Associated Press on February 23, 1945, and within days, it was everywhere, symbolizing American dominance in the Pacific war zone. It later became the model for the U.S. Marine Corps War Memorial in Arlington, Virginia, which has added to its fame. Don’t miss out on the 45 things America’s troops wish you knew. 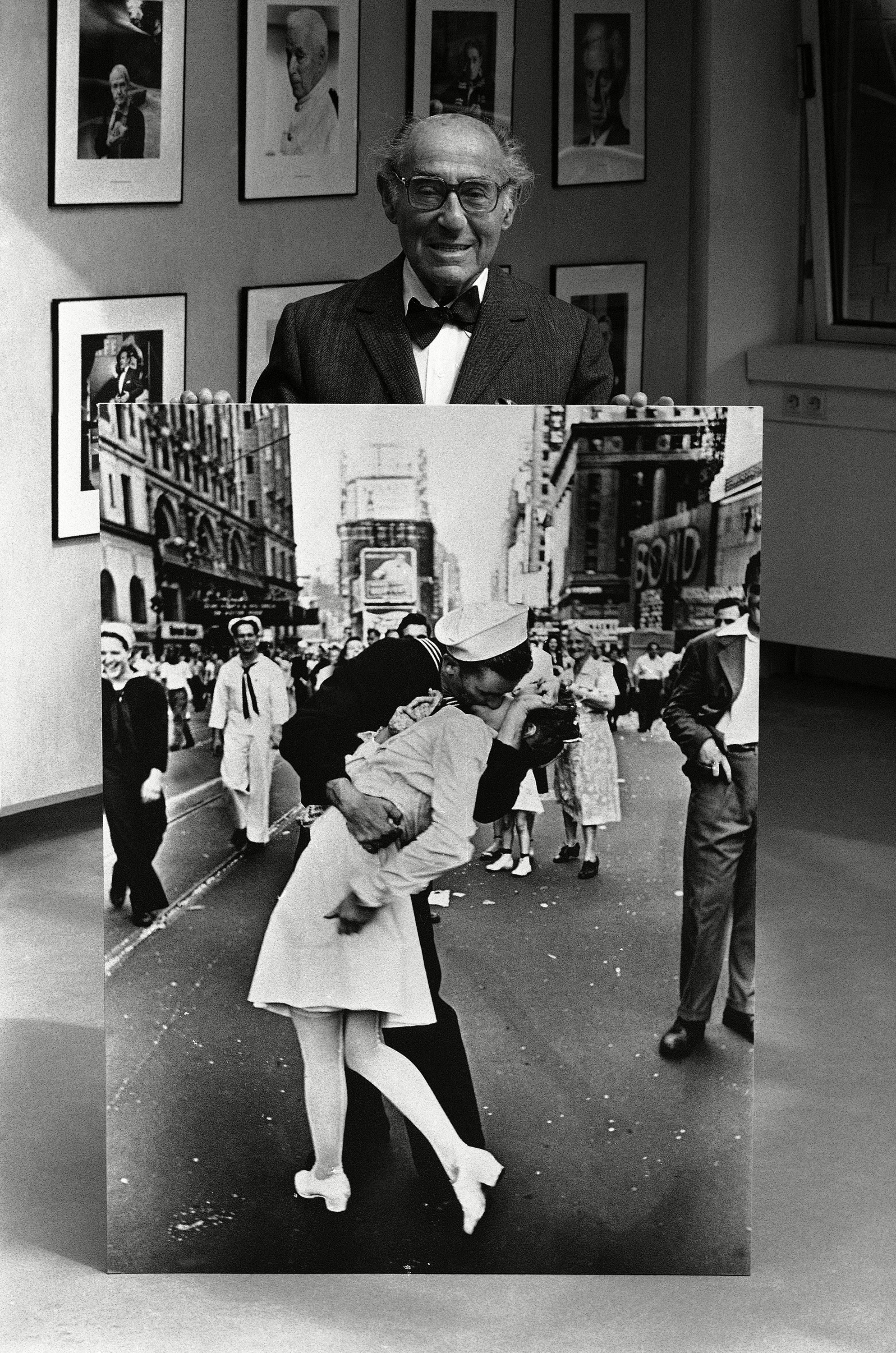 “VJ Day in Times Square” or “The Kiss”

The photographer Alfred Eisenstaedt took many photos of famous people over the course of his career, but it’s his photo of two unknowns—a U.S. Navy sailor and a woman in a nurse’s uniform locked in an ecstatic embrace during the “Victory over Japan Day” celebrations in New York City’s Times Square on August 14, 1945—that’s his most famous. The photo was published that same month in Life magazine, but it took many years before the pair of strangers was finally identified as Greta Zimmer Friedman, who died at 92 in 2016, and George Mendonsa, who died in February 2019 at the age of 95. 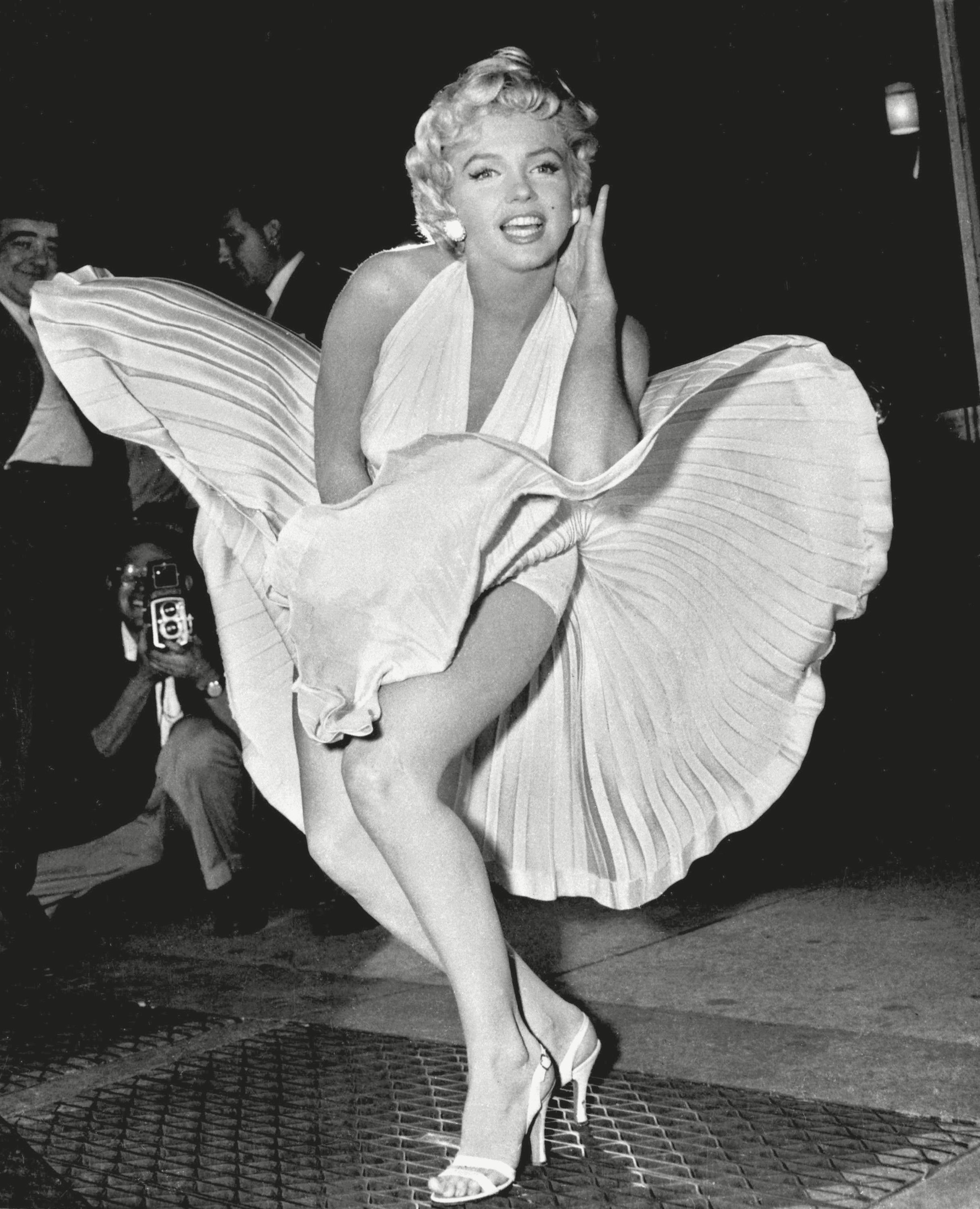 That photo of Marilyn Monroe…

A publicity still for the 1954 film, The Seven Year Itch, this photo of Marilyn Monroe standing on a New York City subway grate with the wind blowing her skirt up, is arguably the most famous image of Monroe, who herself is still one of America’s most iconic and tragic celebrities in part because her death continues to remain a mystery. 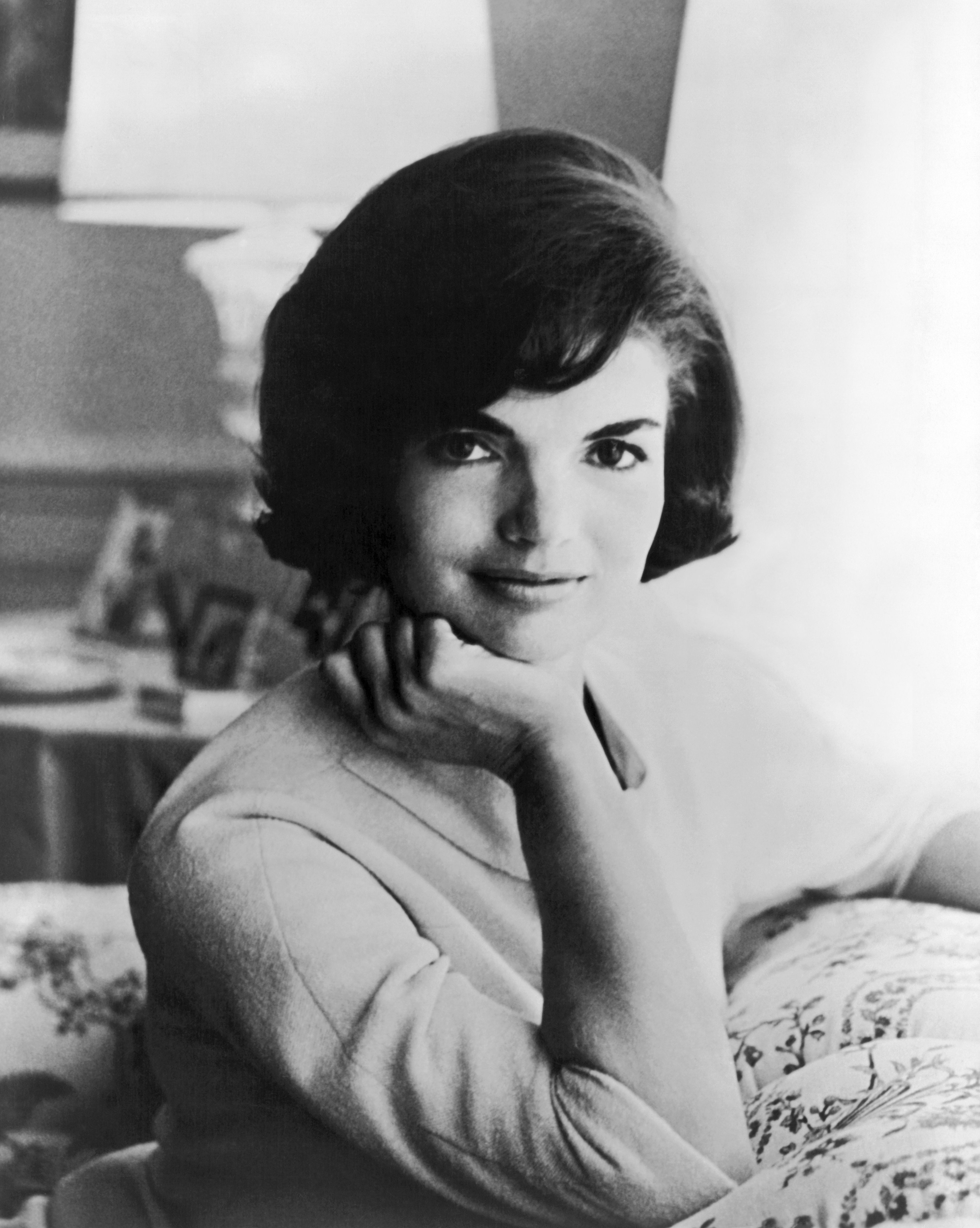 This is the first official White House photograph of First Lady Jacqueline Kennedy taken at the beginning of 1961. Unlike these 13 rarely seen photos of Jackie, the image is well known. 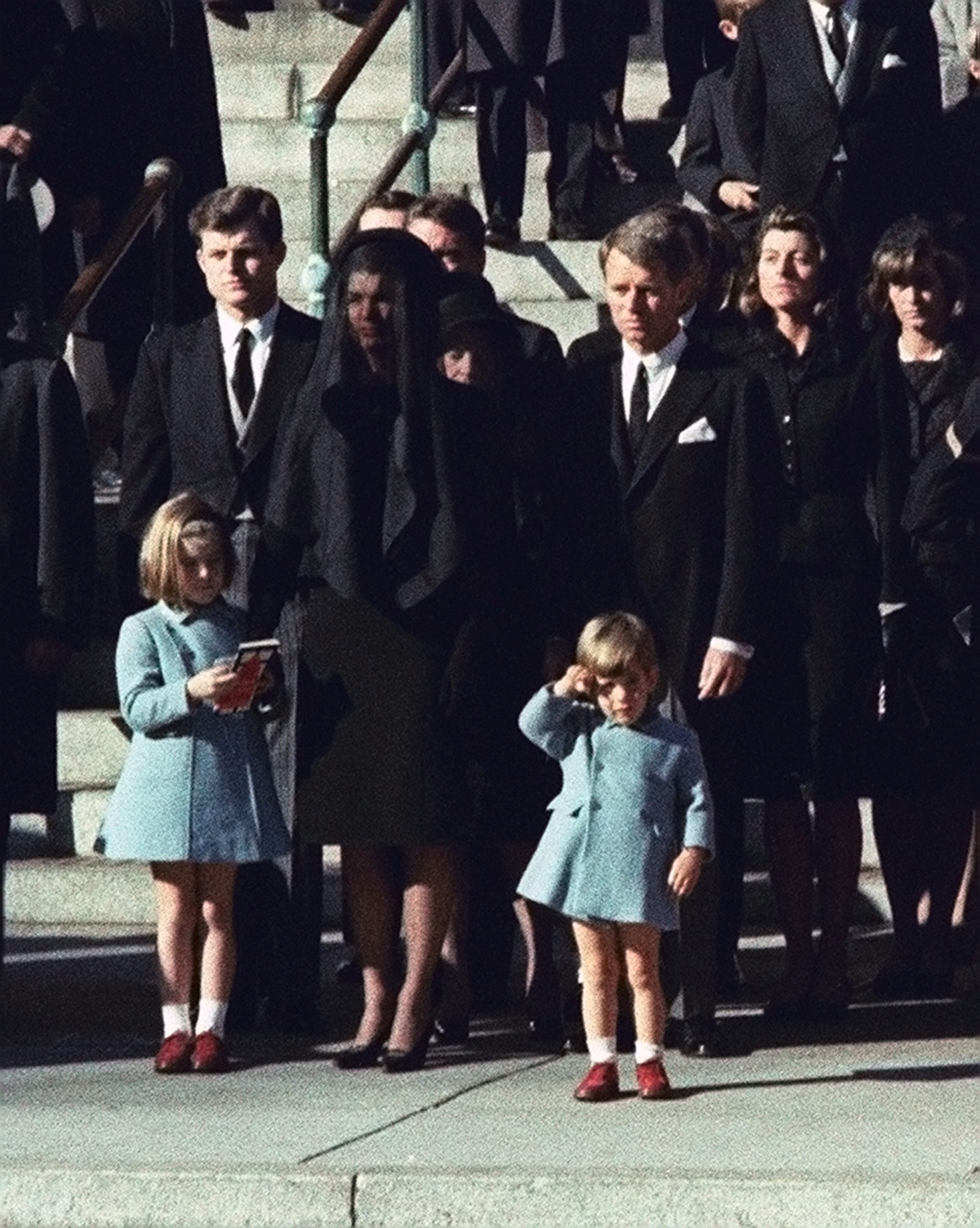 The loss of a father

It wasn’t just a nation that was left devastated by the assassination of John F. Kennedy. This iconic photo depicting three-year-old John F. Kennedy Jr. saluting his father’s casket in Washington on November 25, 1963, left an indelible image that reverberates to this day. 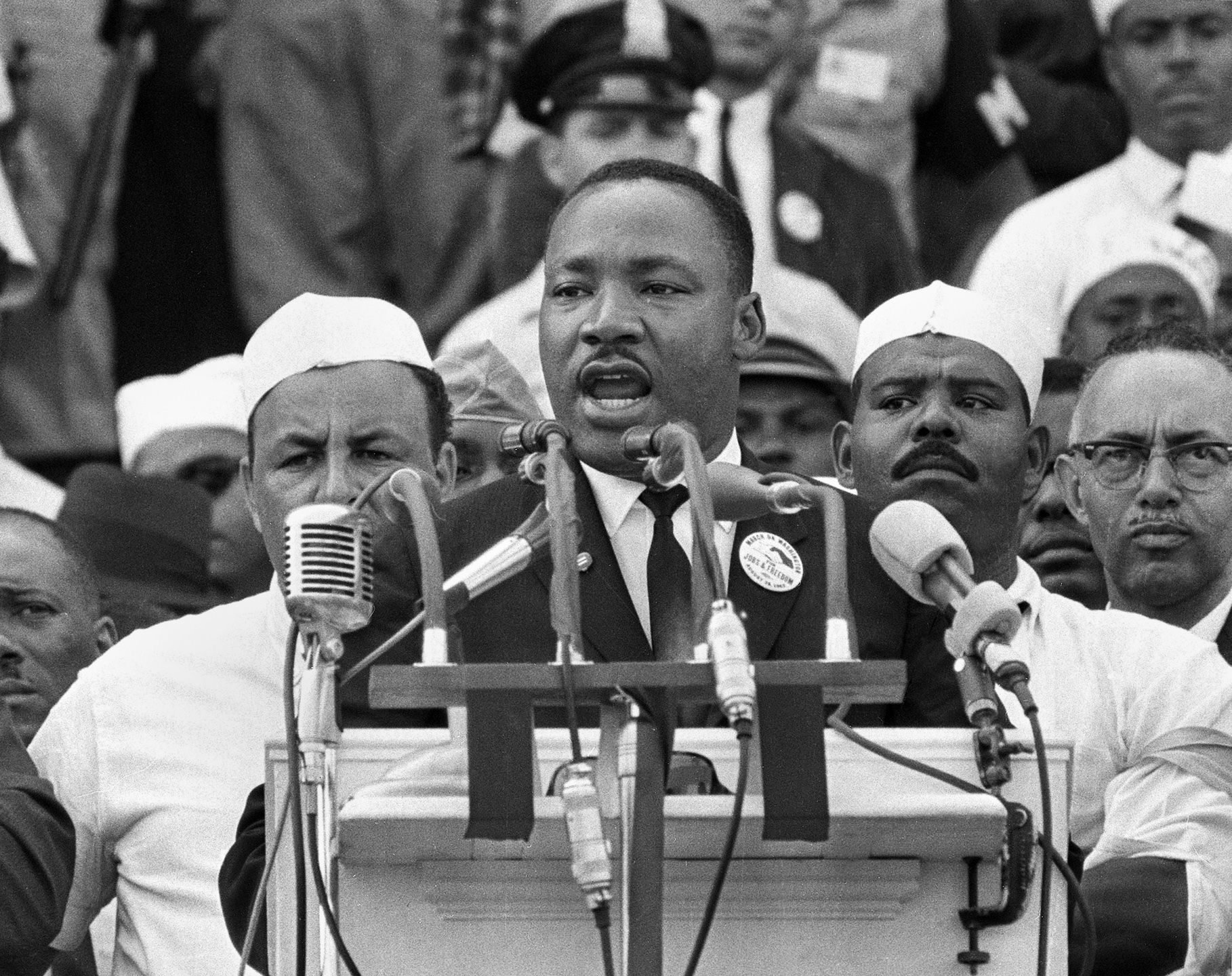 Civil rights leader, Martin Luther King, Jr., had a dream, and it was that racism would one day be a thing of the past. He delivered his famous speech during the March on Washington on August 28, 1963, at the Lincoln Memorial in Washington, D.C. He was assassinated less than five years later, and these 12 conspiracy theories surrounding his death still remain. 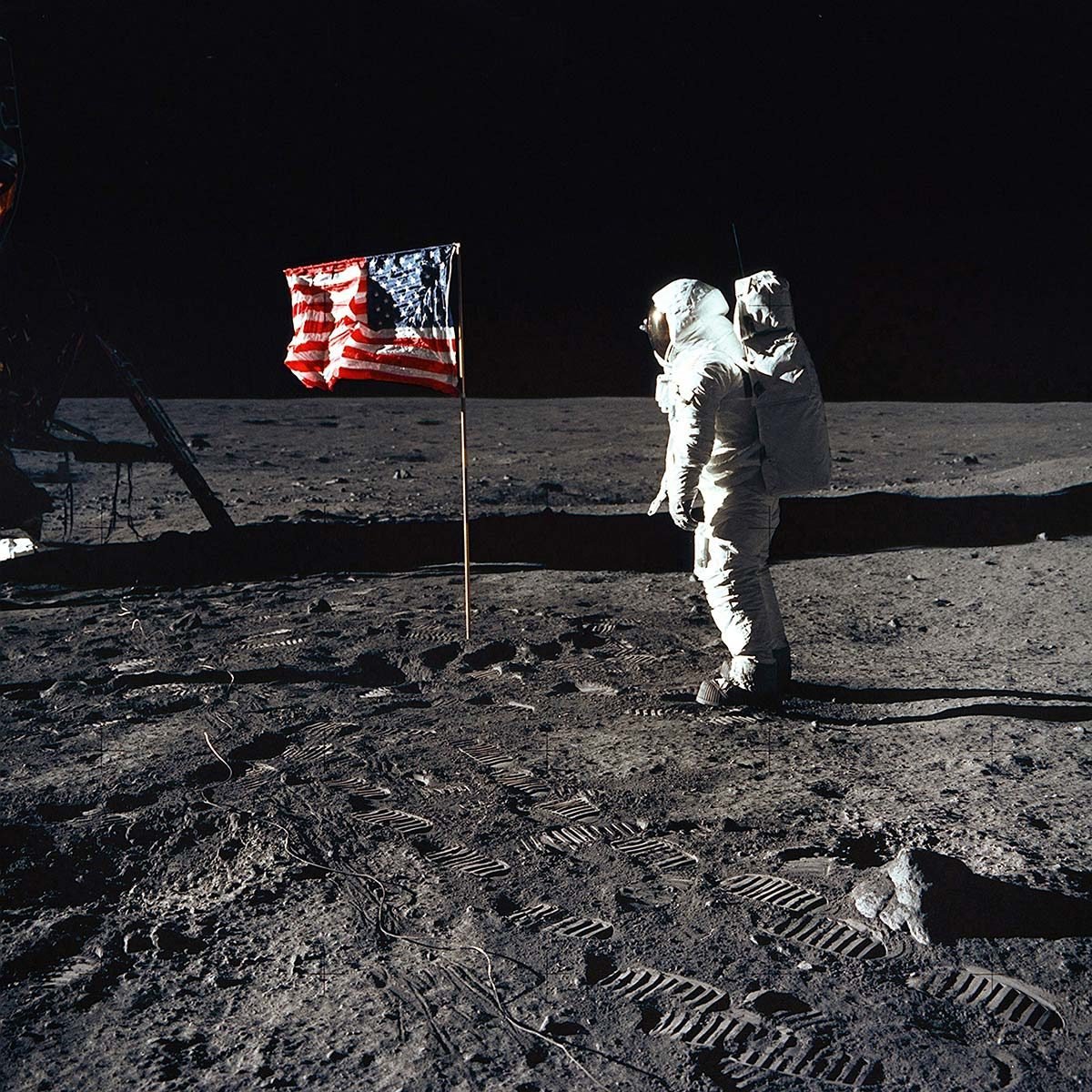 The man on the moon

On July 21, 1969, the astronaut Edwin “Buzz” Aldrin posed for a photograph beside the U.S. flag…planted squarely on the surface of the moon. Yet somehow, despite photograph evidence, this moment has become one of the 14 of the craziest pop culture conspiracy theories of all time. 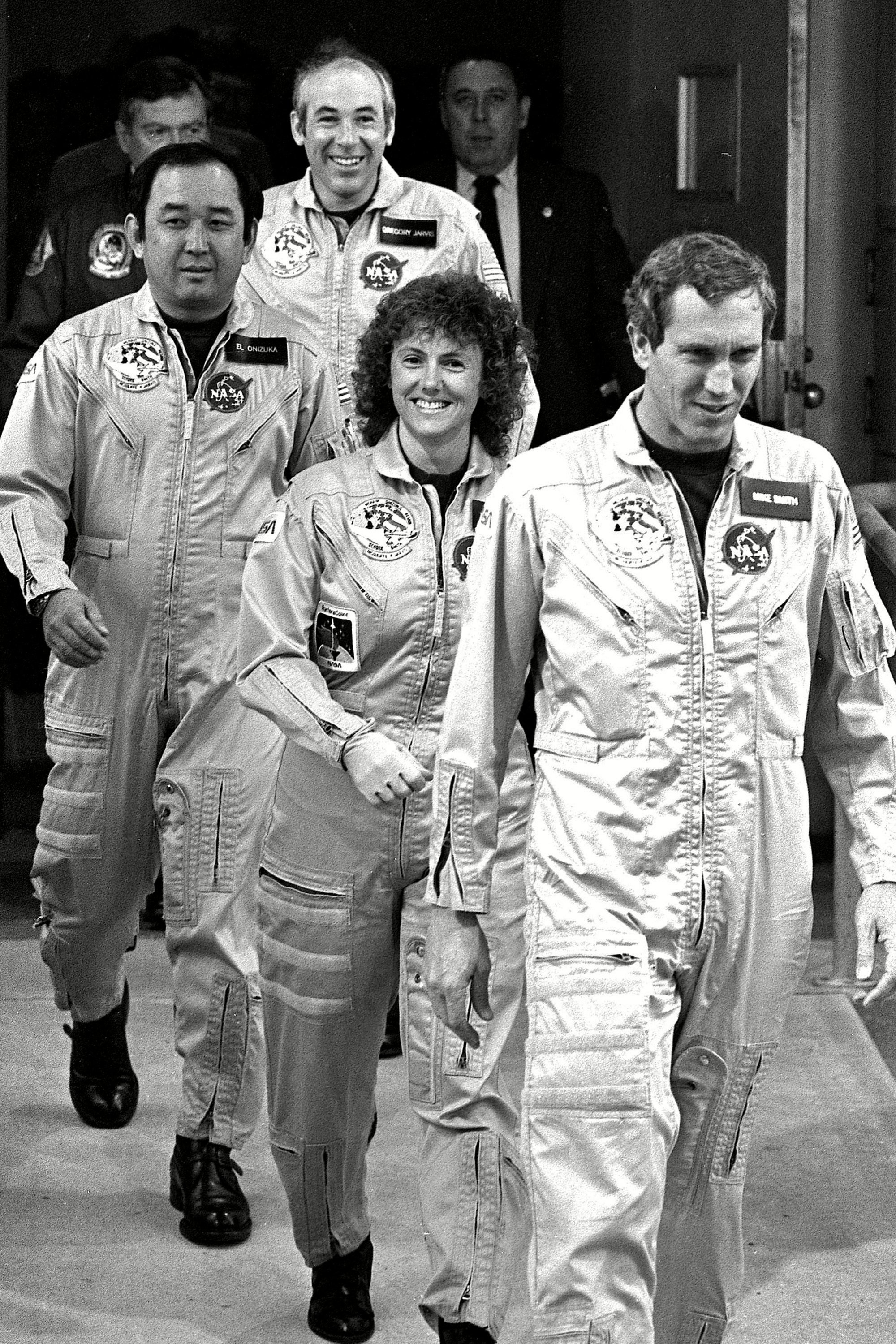 Christa McAuliffe was an American teacher who’d been selected from more than 11,000 applicants to be the first educator in space. Tragically, on January 28, 1986, the space shuttle Challenger exploded 73 seconds after liftoff, instantly killing McAuliffe and the other six crew members. This photo allows us to remember the hope, pride, and excitement she must have been feeling as she walked jauntily toward the launch pad—and her fate. 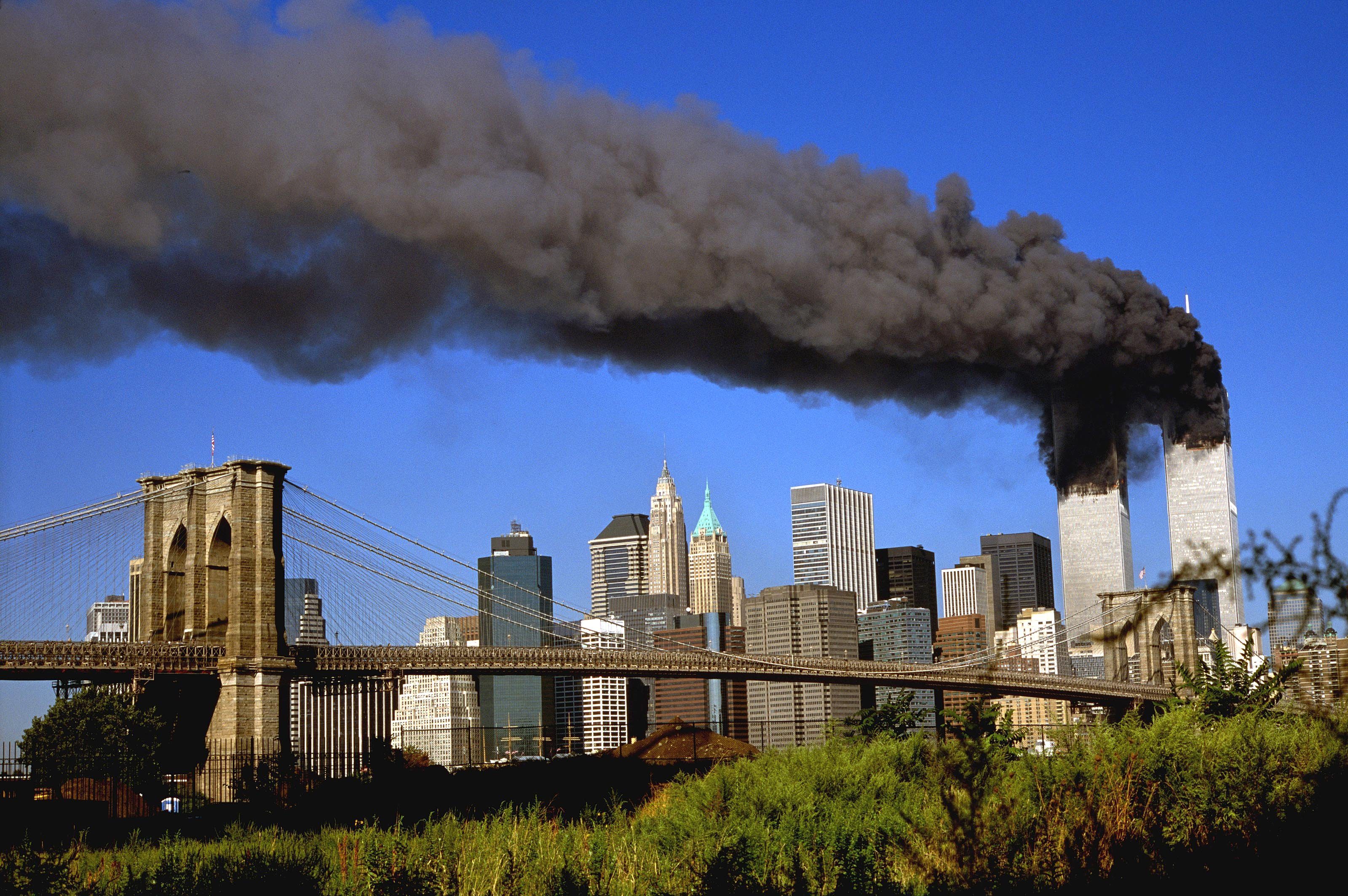 One last look at the World Trade Center

September 11, 2001: The world looked on, first in disbelief, then in abject horror, as airplanes hit one of the World Trade Center towers, and then the other. Here, black smoke billows out of the doomed towers, mere moments before they crumbled to the ground, taking with them the lives of nearly 3,000 people. Even 17 years later, questions remain about what really happened that day. 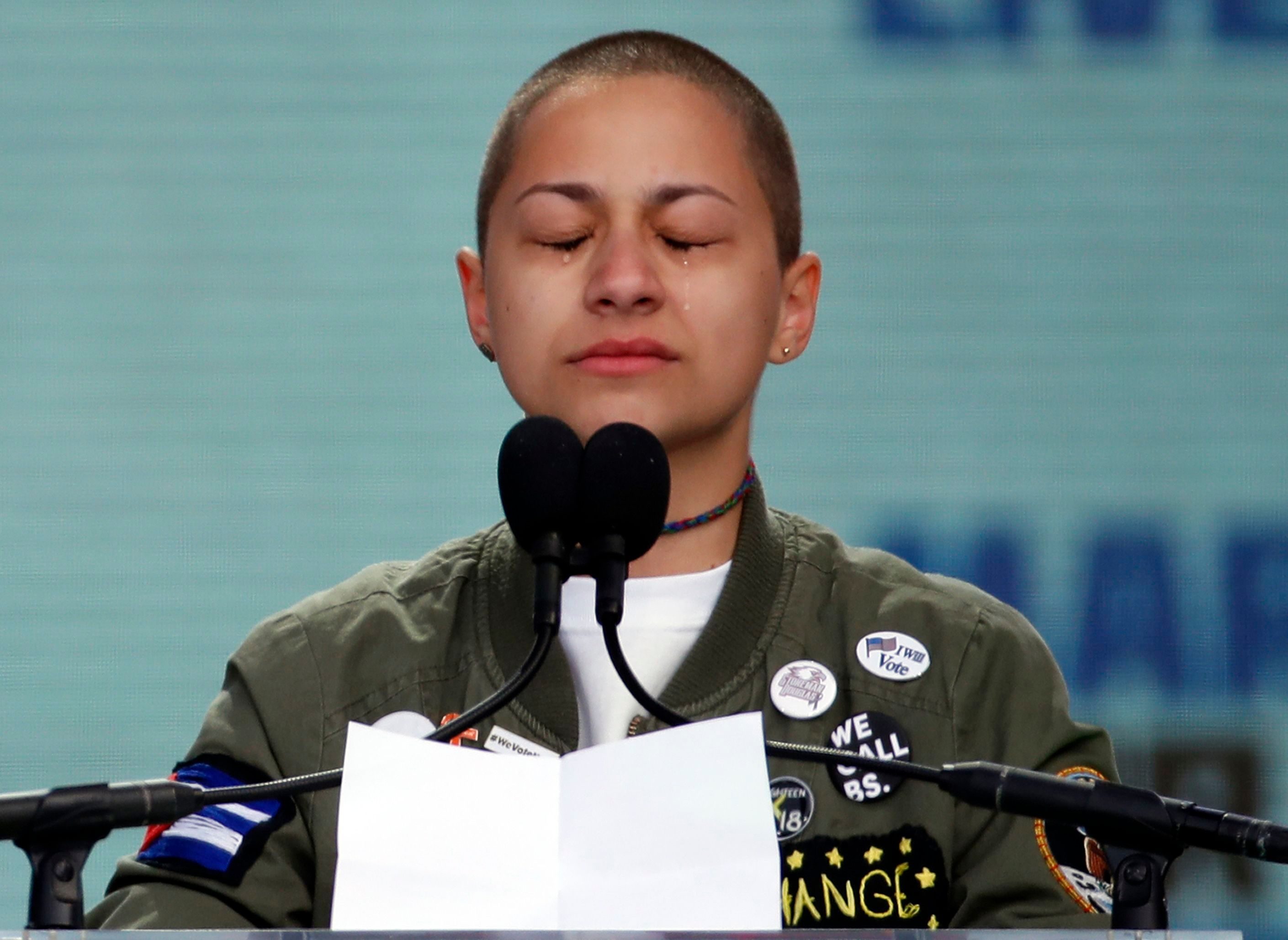 At the March for our Lives rally in support of gun control in Washington, D.C. on March 24, 2018, Emma Gonzalez, a survivor of the mass shooting at Marjory Stoneman Douglas High School in Parkland, Florida, closes her eyes and cried silently for six minutes and 20 seconds, the precise amount of time it took the Parkland shooter to execute his killing spree on February 14, 2018. Now, take a look at these rarely seen photos you won’t find in history books.