13 Rules Queen Elizabeth II Has Broken During Her Reign

Her Majesty The Queen has let it be known there are times when she regards royal rules of protocol as "rubbish." Here are some notable times when she did things her way.

She changed how her great-grandkids would be titled

In 2012, Her Majesty Queen Elizabeth II issued Letters Patent decreeing all of Prince William’s children would be styled as “HRH” and “Prince/Princess.” Prior to her decree, only Prince George, William’s eldest son, would have been entitled to be styled as “His Royal Highness, Prince [first name],” whereas the younger children, Charlotte and Louis, would have been called “Lady” and “Lord,” respectively. Find out more about how your favorite royals got their titles.

She smoothed the way for “absolute primogeniture”

For more than one thousand years, royal succession followed the law of “male primogeniture,” meaning the eldest male child of a monarch is the one who succeeds to the throne, regardless of the existence of an elder female sibling. For example, Queen Victoria’s successor was her second-born child, King Edward VII, rather than the arguably more deserving first-born child, Princess Victoria. The Queen might have had that in mind when she cooperated with Parliament on passing the 2013 Succession to the Crown Act, ending male primogeniture and thereby ensuring Princess Charlotte her place in line to the throne.

She cut the red tape on Princess Eugenie’s wedding

The 2013 Succession to the Crown Act also changed a long-standing law that held all descendants of King George II need the reigning sovereign’s consent to marry. With four children, eight grandchildren, and seven great-grandchildren, not to mention all the distant descendants of King George II, and Prince Harry’s baby on the way, that’s a lot of seemingly unnecessary red tape for Queen Elizabeth. Thanks to the 2013 Act, only the first six in line to the throne now require the monarch’s consent. Princess Eugenie stands at seventh. Find out everything you never knew about Princess Eugenie.

She helped pave the way for royals marrying Roman Catholics

She brought the monarchy into the age of television

Sure, Queen Elizabeth II enjoys watching the telly now and then, but it was her determination to have her 1953 coronation televised that brought the monarchy into the age of television, despite that she was somewhat camera shy. Determined to go outside her immediate comfort zone by entering the living rooms of all her television-watching subjects, and in defiance of her advisors, Queen Elizabeth allowed cameras into Westminster Abbey, paving the way to a monarchy taking part in shaping its public image amid ever-evolving media.

She allowed her sister’s wedding to be televised

The 1960 wedding of Queen Elizabeth II’s younger sister Princess Margaret and her former husband, Antony Armstrong-Jones, marked a major milestone for royal weddings: it was the first royal wedding ever televised. The Westminster Abbey nuptials were viewed by over 300 million viewers around the world. Don’t miss these 20 most iconic royal wedding photos from history.

She initiated the age of royal walkabouts

At the time Queen Elizabeth II ascended the throne, the monarchy was still caught up in its centuries-long tradition of keeping the public at bay. Television was the Queen’s first frontier for making the monarchy accessible to its subjects. However, the overall effect merely turned her subjects into “voyeurs.” That changed forever in 1970 when the Queen engaged in the first royal walkabout—meeting and greeting her royal subjects personally. Check out these 21 candid photos of the royal family, most only made possible because of the Queen’s receptivity to change.

She allowed her son to marry a divorced woman

Prior to 2002, the Church of England, over which the Queen as reigning monarch is the Supreme Governor, forbade remarriage to a divorcee whose spouse was still living. In 2002, the Church of England began permitting divorcees to remarry even while their former spouses were still alive. This paved the way for Prince Charles to marry the love of his life, Camilla Parker Bowles, whose former spouse, Andrew Parker Bowles, was still alive. Here’s why Charles didn’t just marry Camilla in the first place.

She allowed Harry a church marriage to a divorcee

The thing about Prince Charles’s wedding to Camilla is that it wasn’t in a church, and the Queen didn’t even attend. According to USA TODAY, the Church felt it was “inadvisable” given the history behind Prince Charles and Camilla’s relationship to have a full-blown church wedding. But in a major protocol-breaking move, the Queen not only consented to Prince Harry marrying divorcee Meghan Markle, but the Church also permitted the couple to marry in a religious ceremony at Westminster Abbey. Find out 12 other times the Queen has broken royal tradition for Markle.

Until 2017, it had never happened before. The Queen simply didn’t have non-family members around her at Christmas. Even the Kate Middleton was left off the list when she was still just engaged to Prince William. But guess which unmarried commoner was allowed to attend Christmas with the Queen? That would be Ms. Meghan Markle, who spent Christmas 2017 with the Queen and the royal family, despite that she’d just recently become engaged to Prince Harry.

She gave her autograph

It’s a steadfast rule that the royal family does not give out autographs… or… is it? Apparently, the rule has an important purpose: to discourage would-be forgers. Exceptions to this rule exist, including when it comes time to sign an official guest-book or event-book. However, the Queen broke the rule back in 1998 when she was visiting Malaysia and broke down and signed a soccer ball for a kid during a walkabout. 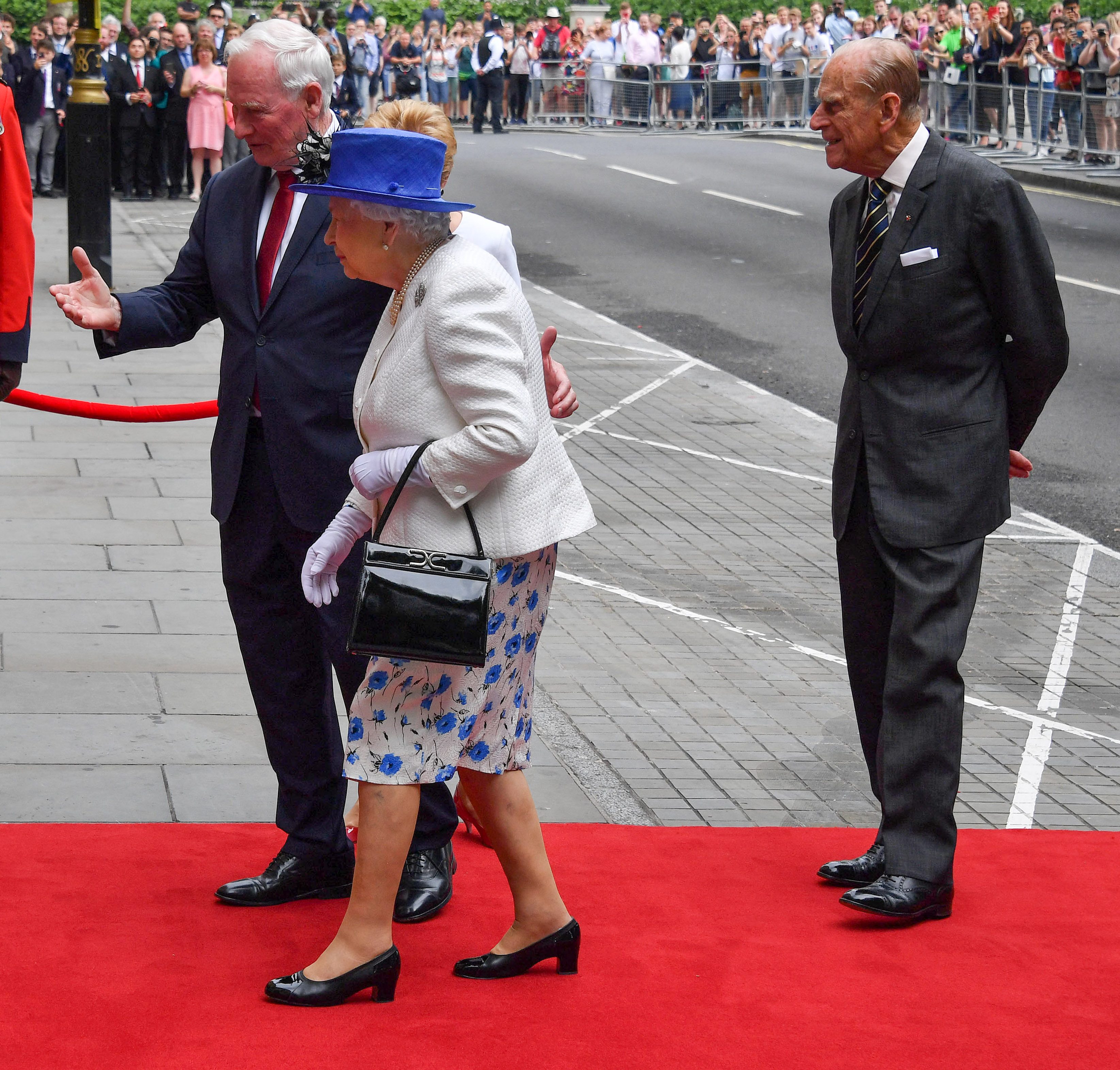 She allowed herself to be touched

When Her Majesty The Queen visited Canada House in London to celebrate Canada’s 150th birthday, Governor General David Johnston touched her arm as he was walking by. The reason? He wanted to make sure the Queen kept her footing on the carpet, which was a bit “slippy,” as he described it. And it was allowed. Whew. Find out the 8 British laws the Queen doesn’t have to follow.

The hug heard ’round the world

Queen Elizabeth II actually went so far as to return a light hug First Lady Michelle Obama in 2009. Obama wrote in her autobiography, Becoming, that she wasn’t aware of the protocol. The reason for the hug according to Obama? We were just “two tired ladies oppressed by our shoes.”