Trooping the Colour: 19 Vintage Photos of the Queen’s Annual Parade

Since the 18th century, Trooping the Colour has been the birthday celebration of the British monarch, but it's also a military exercise—and it brings the royals together in all their spring finery.

The day on which the birthday of the monarch is celebrated

First, it was a military tradition

Trooping the Colour was already a longstanding military tradition when King George II decided to double up on it to celebrate his own birthday in 1748. “Colours” refers to the flags of the regiments of the British army. “Trooping” refers to displaying them for the benefit of the regiment members (so they’ll recognize them in battle). Britain was in between World Wars during the 1931 celebration, at which the future Queen Elizabeth II is pictured. At the time, the monarch was the Princess Elizabeth of York’s grandfather, King George V.

In this photo, taken at the 1933 Trooping the Colour, in celebration of King George V’s 68th birthday, we see then-Princess Elizabeth riding in a horse-drawn carriage beside her grandmother, Queen Mary, and across from her mother, the then-Duchess of York. 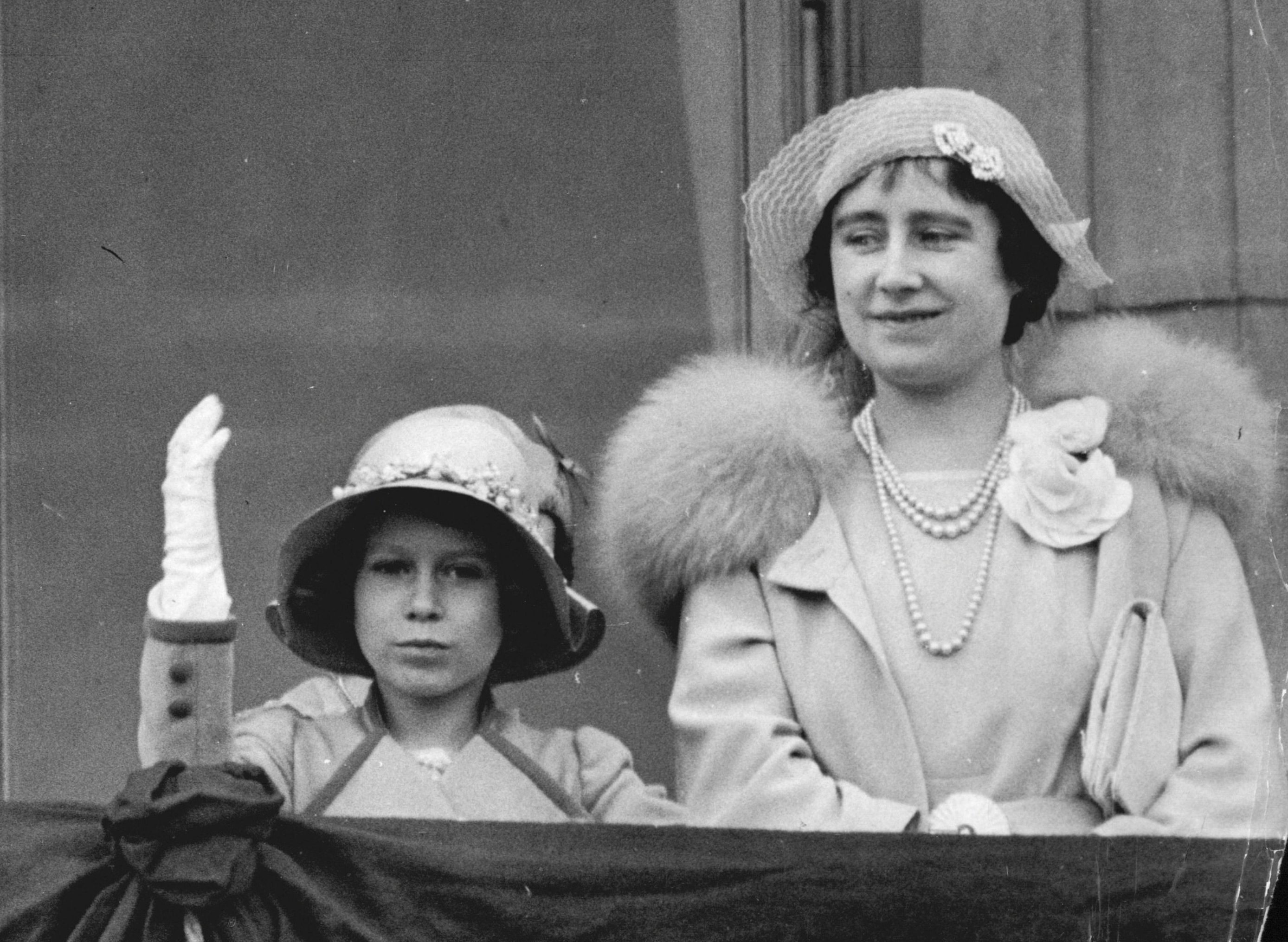 In 1935, the future Queen, Princess Elizabeth, is shown perfecting the wave for which she will one day become famous. Practicing the royal wave is one of many rules royal children must follow.

Her first official appearance on horseback

The 1947 Trooping the Colour was also the occasion of 21-year-old Princess Elizabeth making her first appearance on horseback at an official royal ceremony. She’s riding behind King George V, wearing the uniform of a Colonel in the Grenadier Guards, and she’s riding side-saddle, which is how she was trained to ride as a little girl. When she goes riding in a non-ceremonial capacity, however, Her Majesty always rides astride.

The Queen and her second Prince

At the 1962 Trooping the Colour, Her Majesty The Queen was now the mother of three, the youngest of whom Prince Andrew stands beside her, looking adorable, as the Royal Air Force flies overhead.

Queen Elizabeth II, now a mother of four (Prince Edward was born just 12 weeks earlier), salutes the First Battalion of the Coldstream Guards at her 38th Trooping the Colour in 1964, her 12th as Queen.

Here, also at the 1964 Trooping the Colour, Queen Elizabeth holds up her 12-week-old son, Prince Edward, to an enthralled crowd outside Buckingham Palace. We can’t get enough of these 21 adorable royal baby photos.

The scarlet tunic of the Grenadier Guards

Her Majesty The Queen always wore the scarlet tunic of the Grenadier Guards to the Trooping the Colour ceremony when she arrived on horseback (which she did until 1987). Here she’s seen saluting at the 1969 ceremony. 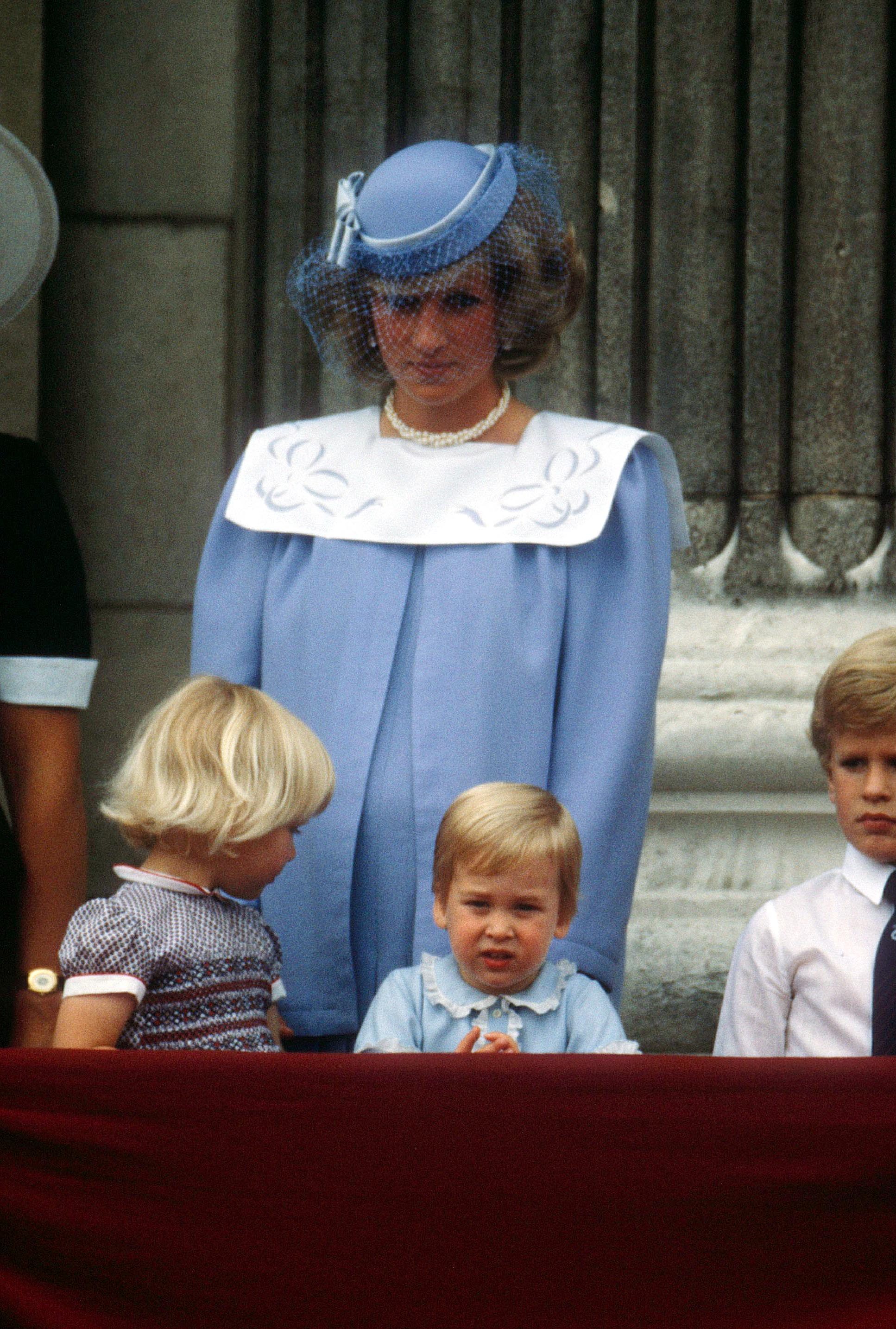 Pictured here at the 1984 Trooping the Colour, is Princess Diana with Prince William. Diana was pregnant with Prince Harry at the time.

Prince Harry was born in September 1984. Here he is at nearly four years old, sticking his tongue out for the cameras as his mum, Diana, holds him at her hip. Prince William stands directly in front of Harry.

A couple of galpals

Looking up at the air show at the 1991 Trooping the Colour ceremony, Diana stands with her sister-in-law, Sarah Ferguson, the then-wife of Prince Andrew. Here are 18 things you probably don’t know about Sarah, Duchess of York. 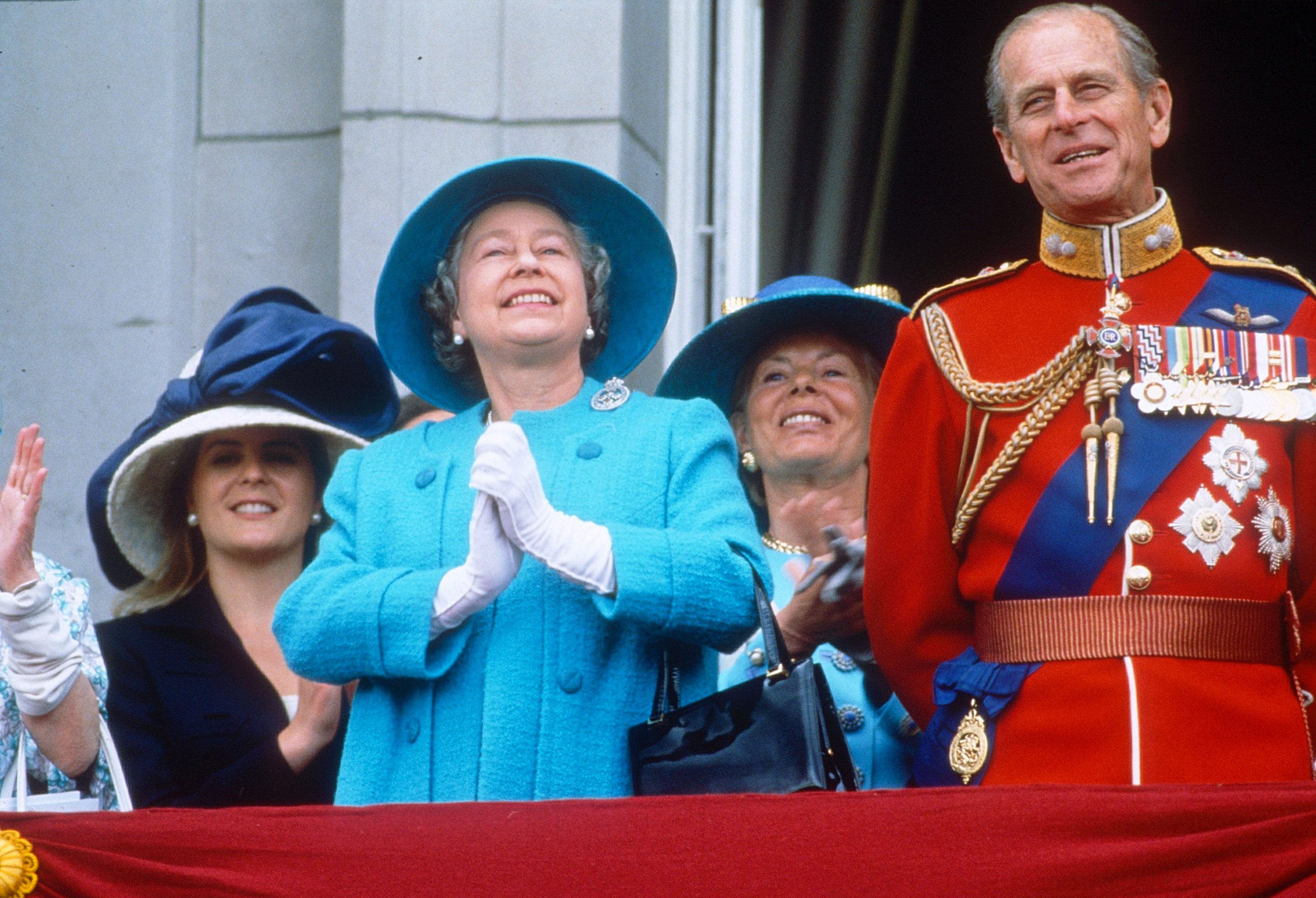 At the 1993 Trooping of Colour, the Queen and her husband, Prince Philip, Duke of Edinburgh, are seen on the balcony of Buckingham Palace with their niece-in-law, Serena, then-Viscountess Linley and the Duchess of Kent.

Her Majesty looks lovely in a lavender suit and matching hat at the 1996 Trooping of Colour, her 70th. Here’s why Queen Elizabeth almost always wears bright colors.

In a glorious green suit with matching hat, Her Majesty arrives at Buckingham Palance for her 76th Trooping the Colour in 2002.

At the 2003 Trooping of Colour, Princes William and Harry, both still single and in their early 20s, look dashing as they ride in their carriage to Buckingham Palace.

Five of the first six in line for the throne

The 2018 Trooping the Colour was Meghan Markle’s first as Her Royal Highness The Duchess of Sussex. Her wedding to Prince Harry was less than one month earlier. Standing on the Buckingham Palace balcony with the newlyweds are Prince Charles, Prince William and Kate Middleton with Prince George and Princess Charlotte, and Savanna Phillips (the young girl in pink), granddaughter of Princess Anne.

What everyone’s looking up at

You know how everyone’s staring up at the sky as they stand on the balcony of Buckingham Palace during the Trooping the Colour celebrations? Here’s a quick flash of the airshow they’re watching. Find out about more royal ceremonies you never knew existed.