If you paid attention in history class, you might have a shot at a few of these answers. How many can you guess correctly? 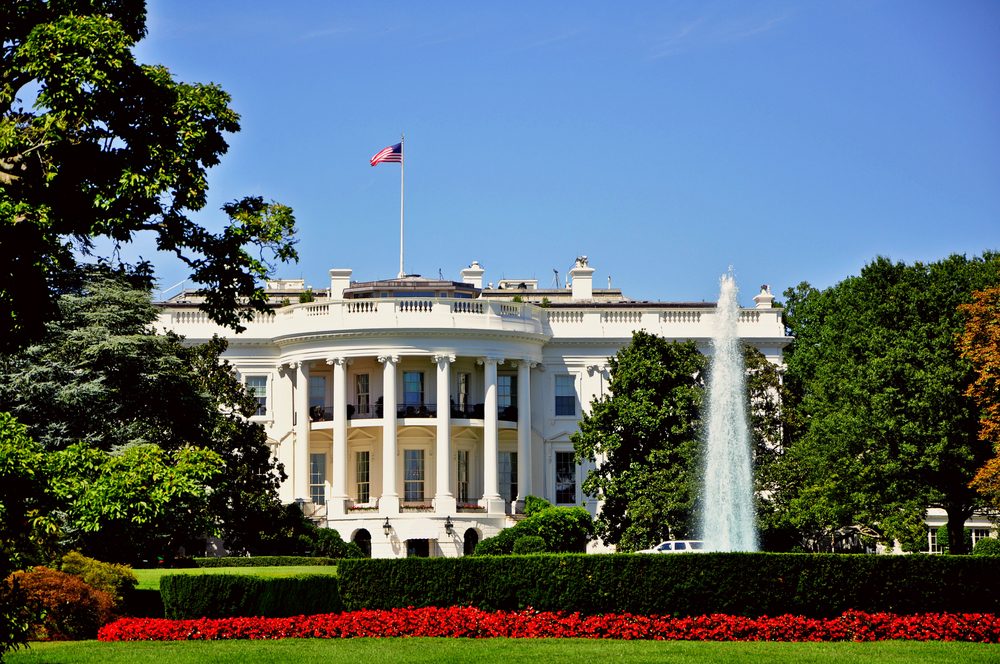 Who was the fifth president of the United States?

What does the “S” in Harry S. Truman’s name stand for?

Hmmm, what are names that start with the letter S? Learn about the things presidents have to pay for on their own.

The S in President Truman’s name is actually a compromise his parents made between both of his grandfather’s names, Anderson Shipp Truman and Solomon Young. There is still controversy today about whether there should be a period after the S. Read up on these 52 astonishing facts you never knew about U.S. presidents.

Did every president live in the White House?

Two options: Yes or no? These are the things no U.S. President is allowed to do while in office.

Who was the first president to be born in the United States?

The answer would be too easy if it were George Washington. Here are the unlikely jobs some presidents held after they left office.

Yes, the Constitution requires the U.S. president be a natural-born citizen, but the first seven presidents were born before the United States gained independence, meaning they were British subjects. Martin Van Buren, the eighth president, was born in New York in 1782. This is the U.S. trivia that your teacher never taught you in school.

How many presidents died in office?

Not all of the 44 presidents got to finish their terms. These are the presidents with the highest IQ scores.

The presidents that died while in office were William Henry Harrison, Zachary Taylor, Abraham Lincoln, James A. Garfield, William McKinley, Warren G. Harding, Franklin D. Roosevelt, and John F. Kennedy. See if you can guess the middle name of every U.S. president.

That’s right: One president served twice, with another president in between.

President Cleveland served in office from 1885 to 1889 and then again from 1893 to 1897. He was the 22nd and 24th president of the United States. Check out these delightful little-known talents of U.S. presidents.

Was every U.S. president associated with a political party?

How could they not be, right?

George Washington was not associated with a political party. The Federalist party developed during his first term in 1792, but he chose to remain neutral. Check out these 50 facts you never knew about the 50 states.

Who were the four presidents that were assassinated?

You know Abraham Lincoln and John F. Kennedy, but can you guess the other two?

All four of these presidents were assassinated while in office. Assassination attempts were made on six other presidents—Andrew Jackson, Theodore Roosevelt (who was done with his term), Franklin Roosevelt (president-elect at the time), Harry Truman, Gerald Ford (twice in one year!), and Ronald Reagan—but they were lucky enough to survive.

Hamilton was born in 1755, so how old was he when he entered office?

Trick question! Alexander Hamilton was never president; he was just a very well known man that contributed a lot to politics. Though he was never the commander in chief, he did serve as the country’s first secretary of the treasury from 1789 to 1795, as well as found the first U.S. political party, the Federalists. You won’t want to miss these dramatic before-and-after photos of how the presidents have aged in office.

Which presidents were impeached?

Hint: Richard Nixon wasn’t one of them.

Over the years, nine presidents have faced impeachment threats, but only three were actually impeached. In 1868, Andrew Johnson was impeached for violating the Tenure of Office Act by dismissing the secretary of war, and Bill Clinton was impeached in 1998 after lying about his relationship with intern Monica Lewinsky, and Donald Trump was impeached in 2019 for abuse of power and obstruction of Congress. All three finished their terms because, contrary to popular belief, impeaching presidents doesn’t automatically remove them from office—it’s just the first step to forcing them out. In the cases of Johnson and Clinton, the House of Representatives impeached the presidents, but the Senate did not. Richard Nixon likely would have been impeached if he hadn’t resigned before his hearing. These are the strange things that presidents have banned from the White House.

What state produced the most U.S. presidents?

Hint: It is either Ohio or Virginia. This is how much the president makes.

Eight U.S. presidents were born in Virginia, and Ohio was close behind, having produced seven presidents. Next, try answering these 13 trivia questions that only geniuses can get right.